Although Los Angeles isn’t known as the “city that never sleeps,” when it comes to its auto show, the action is nonstop. This year’s show is open to the public from Nov. 22 to Dec. 1 at the Los Angeles Convention Center, 1201 S. Figueroa St. in downtown Los Angeles, and there’s almost too much to see — your senses will be on overload.

There are plenty of distractions going on at the show, but several out-there concept cars, over-the-top exhibits and just plain weird displays can’t be missed. Check out the Cars.com editorial team’s list of L.A. must-sees:

Yes, yes, yes, yes, YES. L.A.’s hottest club is the auto show. This place has everything — German executives, hydrogen fuel-cell cars, French-Canadian reverse trikes and a “refrigerator showroom.” You know: That’s where Mitsubishi populates its entire display of already boring cars with ones that are white.

My can’t-miss moment at the L.A. Auto Show has to be at the Mercedes-Benz stand, where you can see what a video game car looks like in real life. The drop-dead gorgeous AMG Vision Gran Turismo concept will never see production, considering it was designed to exist only in a racing game — but you can drive one today, provided you have a Sony PlayStation and “Gran Turismo 6.”

It’s been such a long time since I could honestly say “Go see this” when asked by friends and family if there’s anything at the auto show worth seeing. Mercedes has remembered how to make a stunning concept car with its Mercedes- Benz AMG Vision Gran Turismo. There’s no chance of production, and it’s only in a video game, but this is a must-see that catches your eye through a crowd of people even when you can only glimpse the taillight or roof.

Then there’s the Youabian Puma. It’s not a car. Or a truck. Or an SUV. Whatever it is, the Puma is definitely interesting. Located in the West Hall lobby, the Puma looks like it could be a sports car of some sort with a completely unique body shape, but with massive 44-inch-tall off-road tires more fitting on a lifted Ford F-350 truck. The thing is massive, has a Corvette Z06 engine, Buick Enclave taillights and costs $1.1 million.

You can’t miss the Lincoln MKC. A potential turning point for ailing Lincoln, the MKC boasts cabin materials that would impress in a class above, potent drivetrains and real buttons and knobs — a welcome about-face from MyLincoln Touch’s capacitive movement. Parent company Ford needs this badly.

Don’t skip the Chevrolet Colorado pickup truck at the L.A. Auto Show. I’m a huge fan of compact and midsize trucks, and seeing the first (and only) midsize domestic truck arrive makes me very happy. I’m happier still, because Chevy seems to have gotten a lot right. Now, it’s not perfect, and it’s still a year away from going on sale, but from its size to its distinctive, appealing looks (gotta love the grille and headlights combination), and the promise of improved gas mileage over the previous generations, it’s the kind of truck I’ve been waiting for Detroit to build since the demise of the Ford Ranger. It won’t be easy to knock the Toyota Tacoma off its perch, but it looks like GM is making a solid pitch to do so. If you like small pickups don’t miss this one.

One can’t-miss vehicle is the BMW i8 Spyder. Insanely aggressive styling, gull-wing doors and a six-figure price tag — you’re thinking sports car, and you’re right; but this hybrid plug-in also has a fuel economy rating of 94 mpg.

Another can’t miss car is the Challenger Shaker — it’s Detroit muscle at its sexiest.

Porsche has its own little alcove at the L.A. Auto Show and this year it can’t be missed. Beyond the all-new Macan SUV there’s also the production 918 Spyder and a very tastefully done 911 50th Anniversary Edition that I wouldn’t mind driving all the way back to Chicago.

At Acura’s stand there are two small tables that remind me a bit of 1980s tabletop arcade games. But these are very 21st century. Thin trails of smoke rise up from the center of the table while images are projected onto them from one end. You use an iPad-like interface to walk through Acura’s marketing spiel. But this is the coolest presentation you’ll ever get. (It’s also really hard to photograph with an iPhone).

If you have teen drivers in your family (or will have teen drivers in the near future), you shouldn’t miss Toyota’s TeenDrive365 distracted driving simulator. Pop a Dramamine, strap on some simulation goggles and “drive” a Toyota Corolla down suburban roads dodging cars, pedestrians, pets and more while you’re instructed to get a cup out of the backseat, open the lid, close the lid and oh yeah, don’t forget to obey the speed limit. This one’s a real eye-opener!

My can’t-miss is the Youabian Puma, which answers the question, “What would the Murano CrossCabriolet be like if Nissan really committed?” Note: It’s not a “don’t miss,” it’s a “can’t-miss.” It’s right at the entrance of the West Hall and enormous.

My don’t-miss is the BMW i8 — one of those rare models that looks like a concept car even though it’s a real product.

My two favorites were pickups, of course. I really liked the lifeguard version of the all-new Colorado, and hidden away in the exotic car display (in a separate room with Bentley and Saleen) was the Diamond Blue Shelby Raptor with a cool custom light-bar rack. I need one of those.

First shown earlier this year at Pebble Beach, Calif., the Cadillac Elmiraj is a stunning coupe design study that gives hope to those yearning for a flagship large car above the XTS.

Porsche’s stand, or rather its room, is separate from the two main show floors but houses a bounty of cars including the new 918 Spyder and Macan. 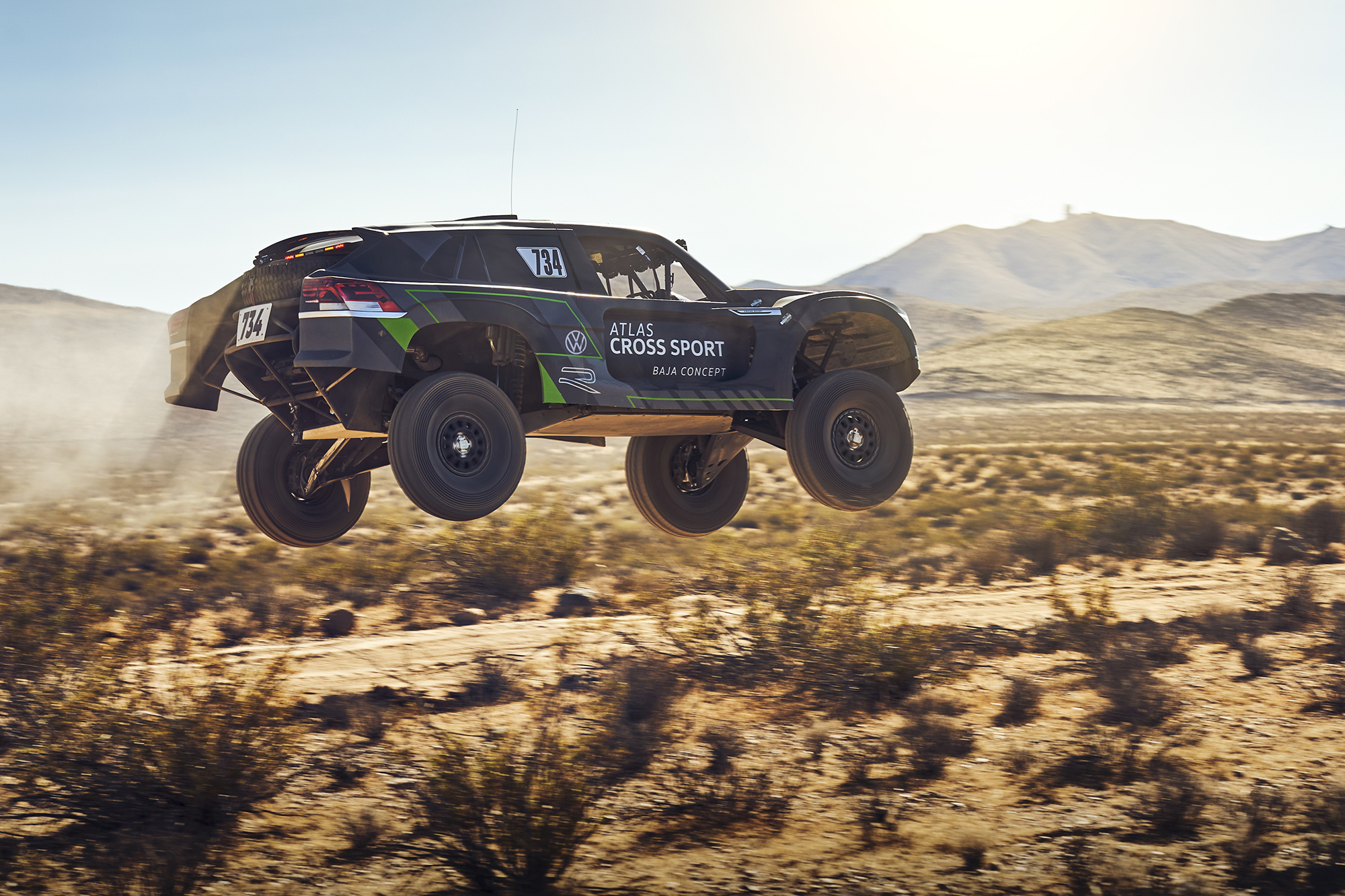 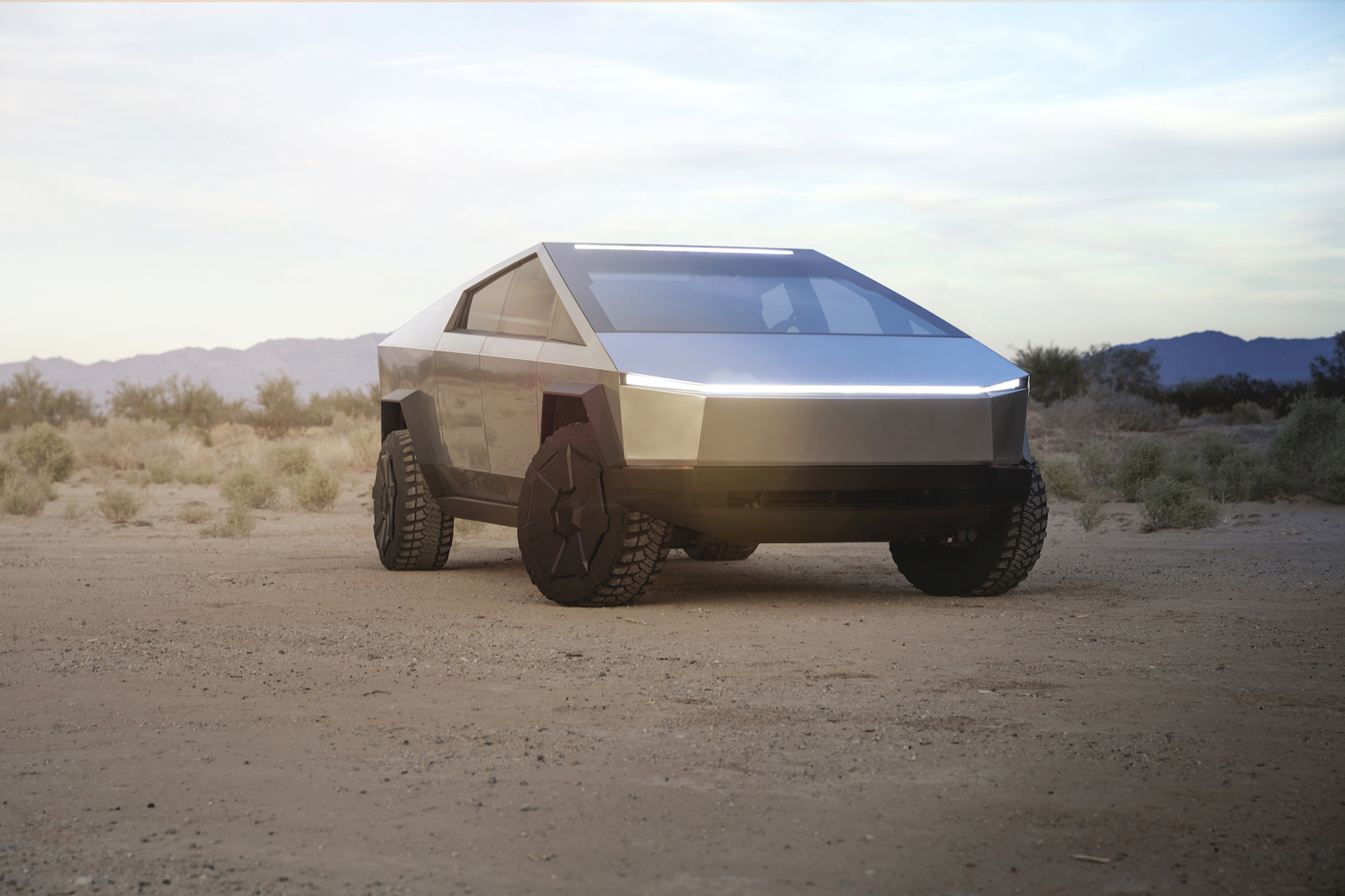