CARS.COM — The Land Rover Discovery, rolled out as a new 2017 model late last year, heads into its 2018 model year with some updates to the mid-size SUV that continues to offer five- and seven-seat versions. Here are six new things we discovered about the 2018 model, which goes on sale early next year.

Standard on all models for 2018 is Land Rover’s InControl Touch Pro infotainment system with a slightly bigger 10-inch touchscreen. Also introduced for 2018 is 4G connectivity with Wi-Fi for up to eight devices.

The higher-level HSE and HSE Luxury trim levels also get a configurable instrument display on a
high-resolution 12.3-inch screen. Optional on these trims is a new, second-generation head-up display that is 2.5 times bigger and in full color. The extra space allows for more information, now including speed, traffic sign recognition, adaptive cruise control, gear selection and driver assistance system warnings.

The Discovery now will offer the 254-horsepower, turbo-diesel 3.0-liter V-6 with an eight-speed automatic transmission on the base SE trim level, starting at $55,085 with destination, a $2,000 premium. Previously, diesel still was offered only on the higher-price HSE and HSE Luxury models, with the least expensive diesel model an HSE starting at $59,945. It’s still offered on those higher trims, also for $2,000 more.

All models now include (as they should for this money) a standard front collision system with automatic braking and pedestrian detection. Previously a standalone option on all trim levels, the system will provide visual and audible warnings and, if a collision can’t be avoided, apply emergency braking at speeds from 3.1 mph to 49.7 mph.

A new paint color is offered: Byron Blue, which, given that it’s Land Rover, you’d think might be a reference to the English Romantic poet Lord Byron, though a spokesman said the maker hasn’t disclosed the inspiration for the name. Also, buyers who pick the Dynamic or Black trim packages now can select a body-color roof, in addition to the black and gray roof color choices.

6. Ultimate Off-Road Discovery on the Way

Editor’s note: This story was updated on Nov. 13 with new information from Land Rover on paint color choices, which include Byron Blue. 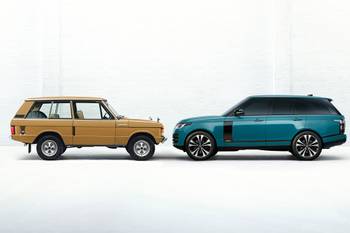 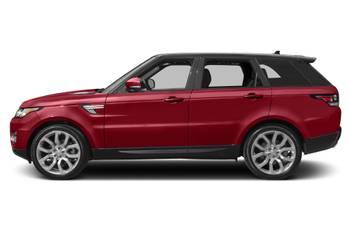