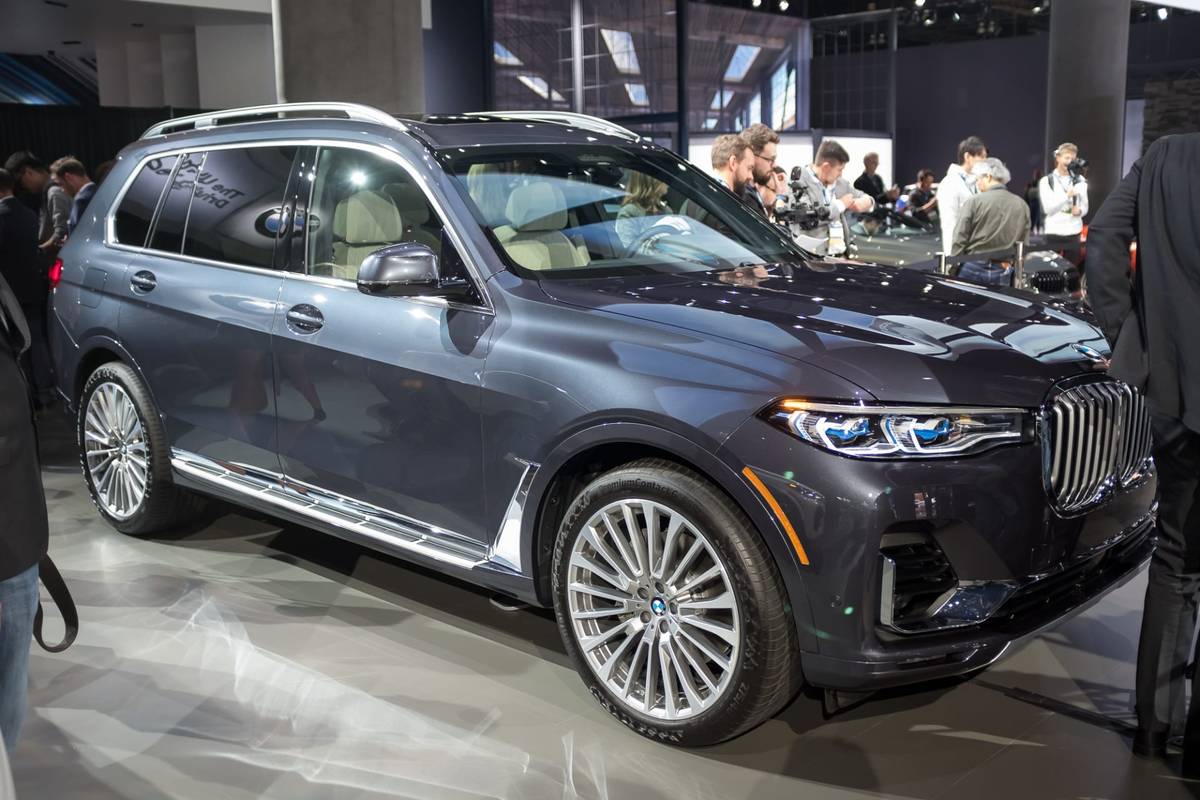 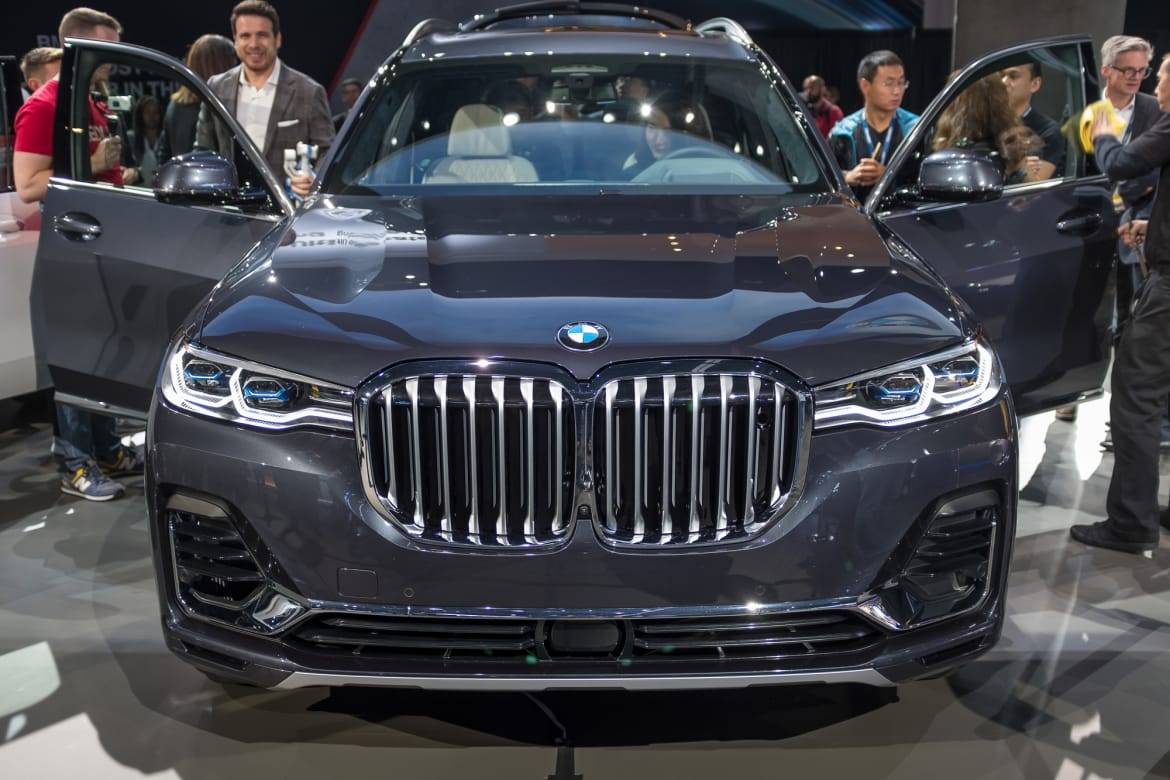 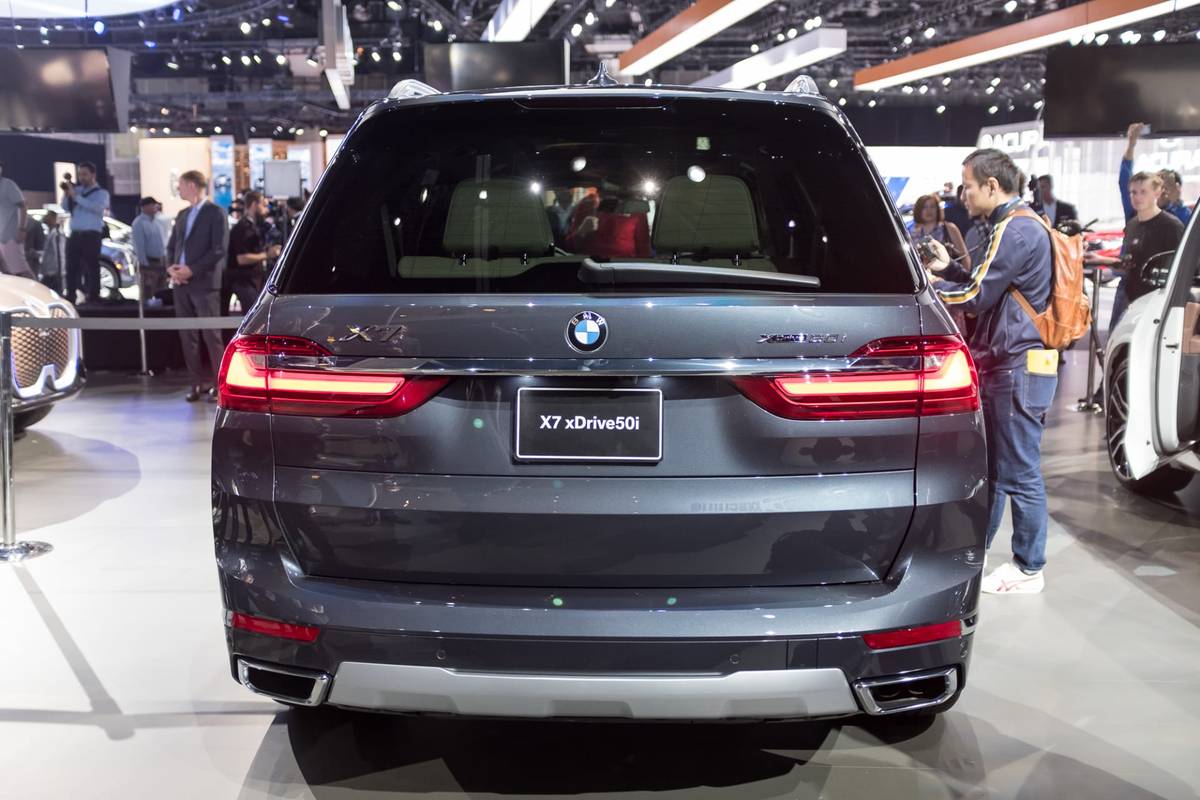 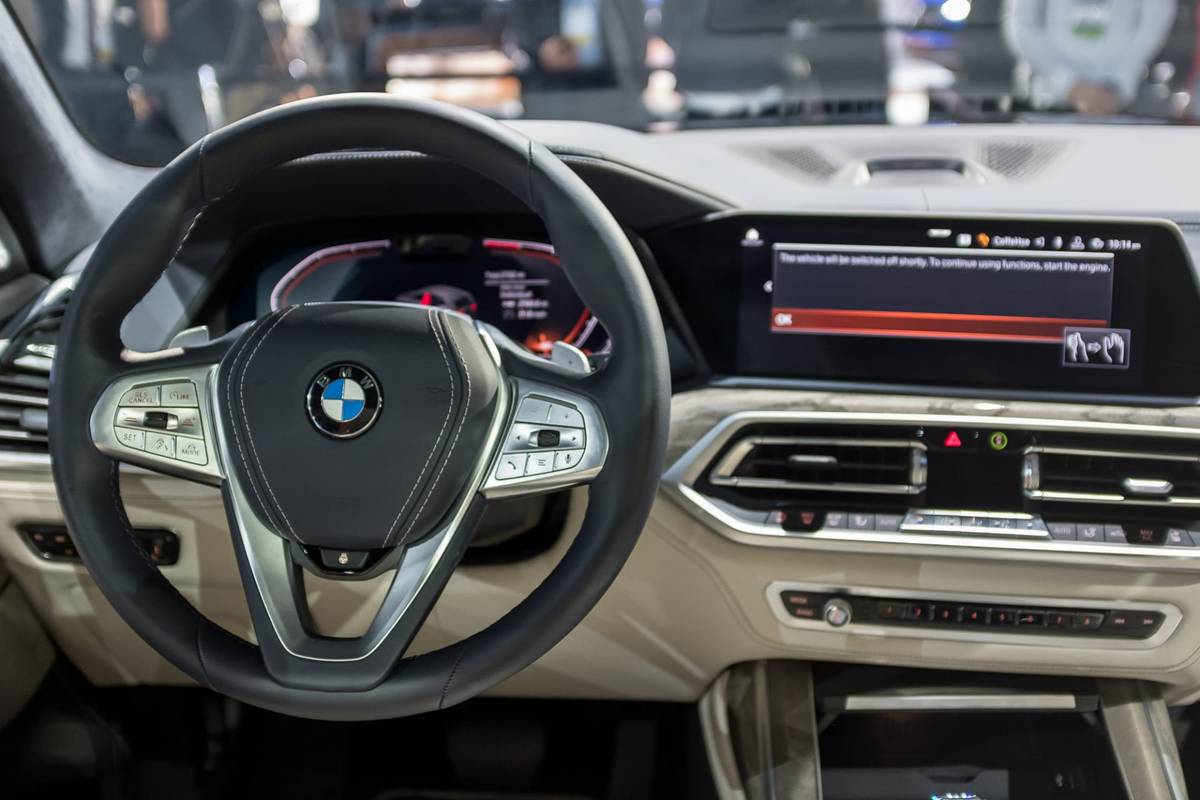 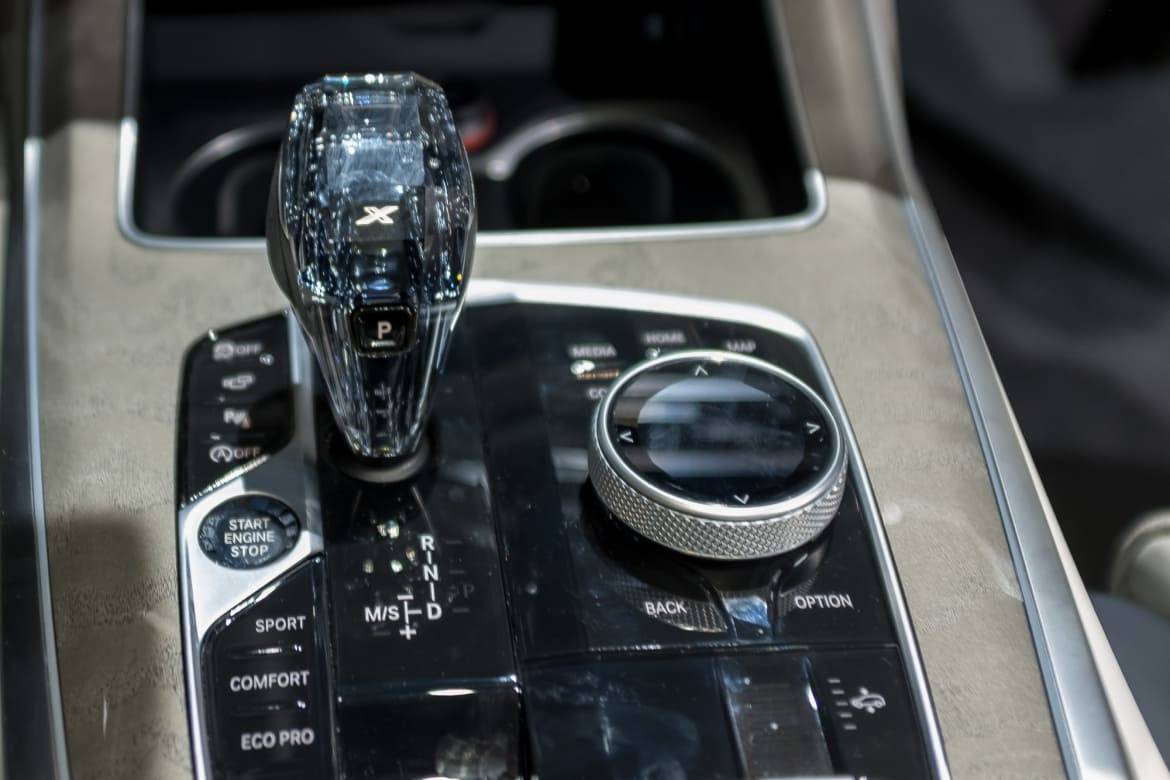 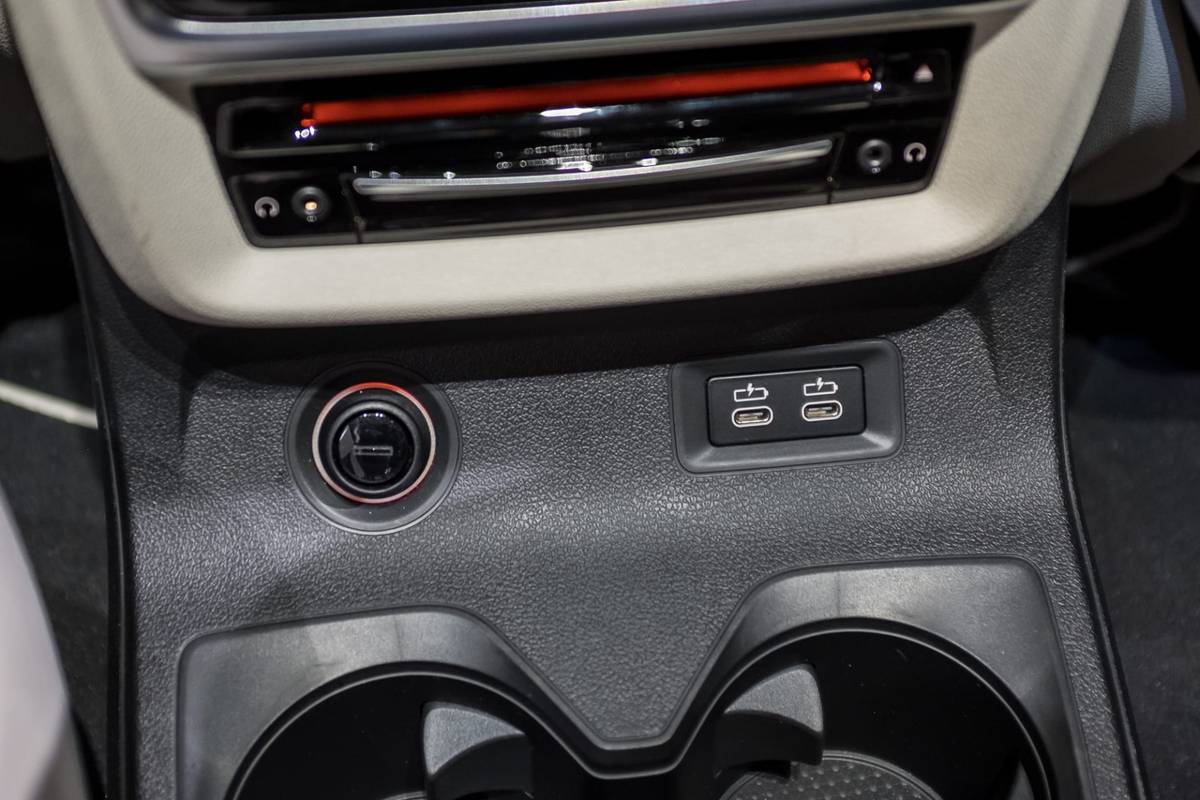 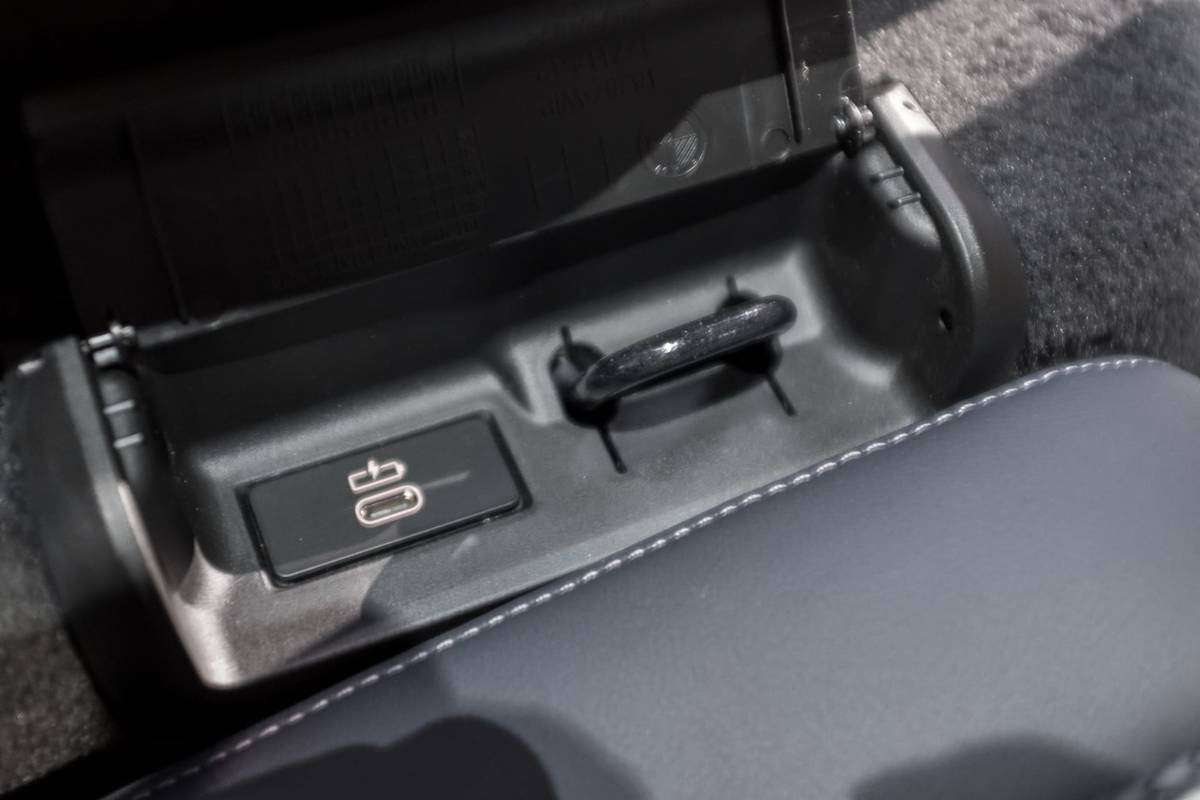 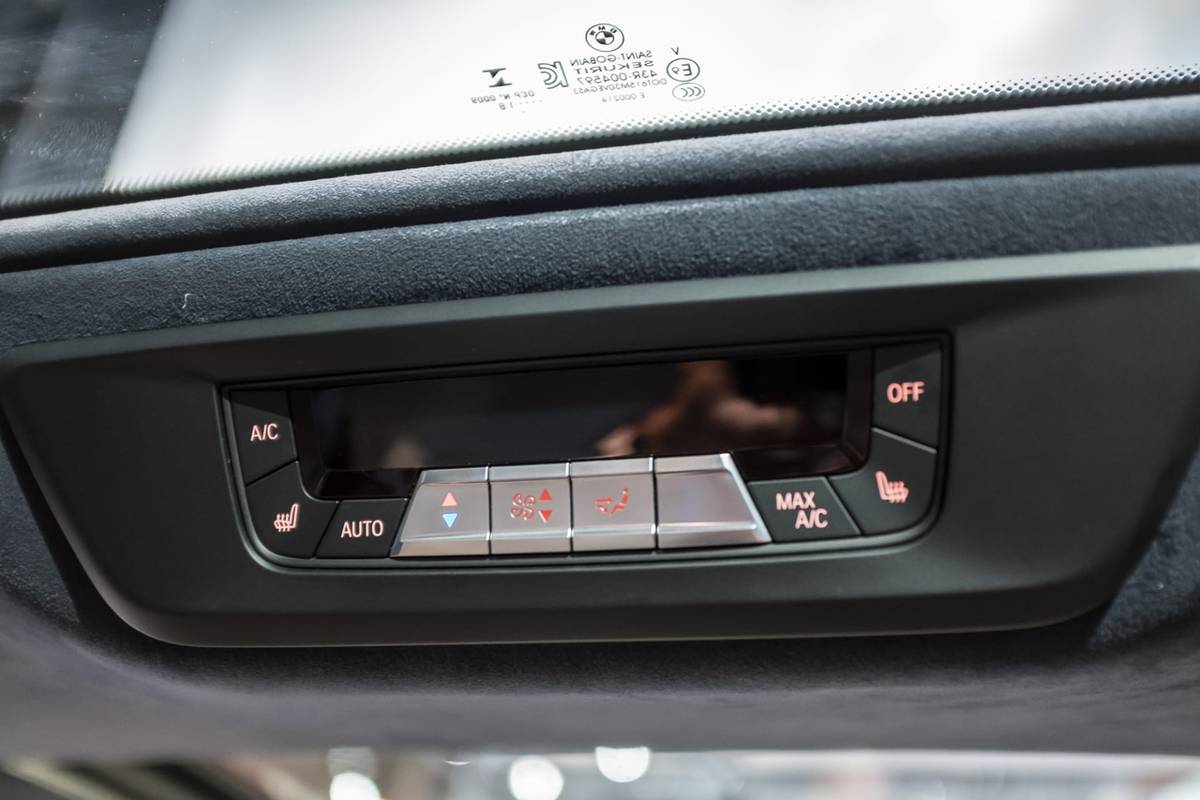 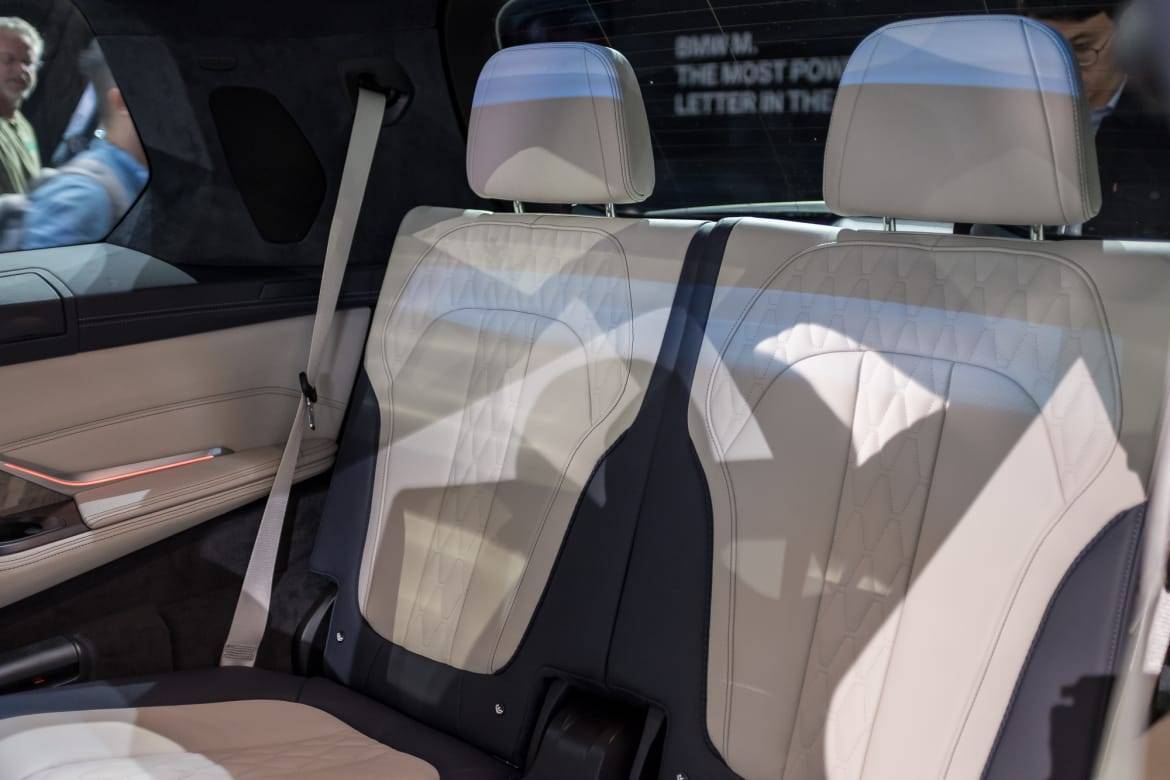 All the news that I had heard about the forthcoming 2019 BMW X7 had me excited to check out a finalized version of the three-row SUV in person, and after meeting it at the 2018 Los Angeles Auto Show I’m happy to report that it lived up to expectations — especially the interior.

The styling will prove polarizing. In person, the production version of BMW’s signature kidney grille somehow looms even larger. I’m not sure if the reason it stands out so much is because I am just not used to seeing the grille elongated in that fashion or that it’s too large. Just know that it draws the eye and is the dominant styling feature on the vehicle since the rest of it is so sedate, especially the rear.

Speaking of the rear, the cargo area and liftgate are a highlight for a few important reasons. The X7 uses a split liftgate/tailgate with a larger opening on top and a smaller one below. To fully access the cargo area is a two-step process, but it is painless because both sides are powered. When the lower part drops, it forms a small ledge that can double as a seat. What caught my eye were the controls on the left side of the cargo area, one for lowering the third row plus a button that says “MAX” on it. Holding this down moves the second-row seats forward and lowers the third row at the same time to open up the cargo area. Small touches like this abound in the X7; it feels like there’s a button for all the common features families would want in an SUV and it makes the whole vehicle seem a bit easier to live with.

The X7 also has a usable third row with lots of headroom and just enough legroom that I could fit back there semi-comfortably. The seat floor is a little high, but for trips up to an hour or so I can envision sitting in the third row without being upset about it. The third row also offers a pair of USB charging ports, its own set of climate controls and even an additional moonroof behind the large panoramic moonroof that covers the first two rows.

Speaking of USB ports, the X7 only has USB type C charging ports when you get behind the front seats. This is a bit of future proofing for the vehicle as devices are moving toward that standard, but most phones still charge on a traditional USB type A port, so some cables may need adapters.

BMW also did well with the consistency of materials — there’s no drop off as you move back in the vehicle; even the pillars in the wayback were fully covered in suede (more likely faux suede) all the way down along the windows. It’s a true luxury SUV, and the X7 lives up to the standard set by the 7 Series sedans in terms of materials, technology and attention to detail.

BMW is accepting preorders for the X7, which will arrive in dealerships in March 2019. If the driving experience lives up to the rest of the vehicle, BMW will have a winning three-row SUV on its first swing.