CARS.COM — Compact SUVs are, to borrow a phrase from the “Zoolander” movie, so hot right now, and Buick is looking to capitalize with a refreshed 2019 Envision, a vehicle first sold in the U.S. as a 2016 model. The updates are modest, offering some slight drivability and styling changes. I road-tested a loaded 2019 Envision Premium II, but first let’s take a look at what’s changed.

Up front, there are new headlight clusters incorporating updated headlights across the trim levels: bi-xenon headlights on 2.5L models and LED headlights with the optional turbo engine. Buick also changed the grille and fascia, including different foglight housings. The rear also gets updated styling, including new squared-off dual exhaust ports. The styling differences on both sides are rather minor, and the dimensions and overall shape are untouched.

Under the hood, the base powertrain is also untouched, a 2.5-liter four-cylinder that makes 197 horsepower and 192 pounds-feet of torque mated to a six-speed automatic transmission. Front-wheel drive is standard and all-wheel drive is optional on all trim levels up to the Premium and Premium II, on which the 252-hp, turbocharged 2.0-liter four-cylinder takes over, mated to standard all-wheel drive. Though the engine’s horsepower rating is the same as in the 2018, a new nine-speed automatic transmission that Buick says can handle extra torque allowed engineers to retune the engine for 295 pounds-feet of torque rather than the previous 260 pounds-feet.

There’s one final mechanical addition for 2019: an auto stop-start switch in the interior, marking the first Buick to have one. The function isn’t new, but the ability to disable it is.

The change that most piqued my interest was a drop in price. Each trim level of the Envision sees a price reduction, listed in parentheses (prices include destination charges):

The as-tested price on the 2019 Envision Premium II that I drove was $48,030 after the addition of a panoramic moonroof and a Driver Confidence Package, which included adaptive cruise control, forward automatic emergency braking and a 360-degree camera system.

I drove a 2018 Envision for a week last year with the turbocharged powertrain and all-wheel drive, and felt the powertrain was a highlight. Buick says that with the added torque and new transmission, the zero-60-mph time for the Envision is cut down by almost half a second. Did it really feel more powerful? Not really, but that’s fine. I thought the powertrain in last year’s model was the highlight, and that continues. The Envision accelerates quickly and the accelerator is pretty responsive even without the assistance of different selectable drive modes.

The addition of a stop-start defeat button will please folks who don’t like those systems, but I found the Envision’s system to be rather seamless, with no jarring starting noises or hesitation when you get going again — to be honest, I forgot it was there (which is the goal), so I ended up leaving it on pretty much the entire time.

Our review of the 2017 Envision highlighted its ride quality and comfort, and those areas remain positives as well on the updated vehicle. The pliant suspension continues to make ride quality a highlight, and its smoothness also helps to keep the interior quiet, which driver and passengers alike can appreciate. When the road gets twistier the Envision is less settled, with a fair amount of body roll anytime you take a corner with pace. It will never be considered a sporty SUV, but if that’s the trade-off for the added comfort, I think that’s a compromise Buick is happy to make. 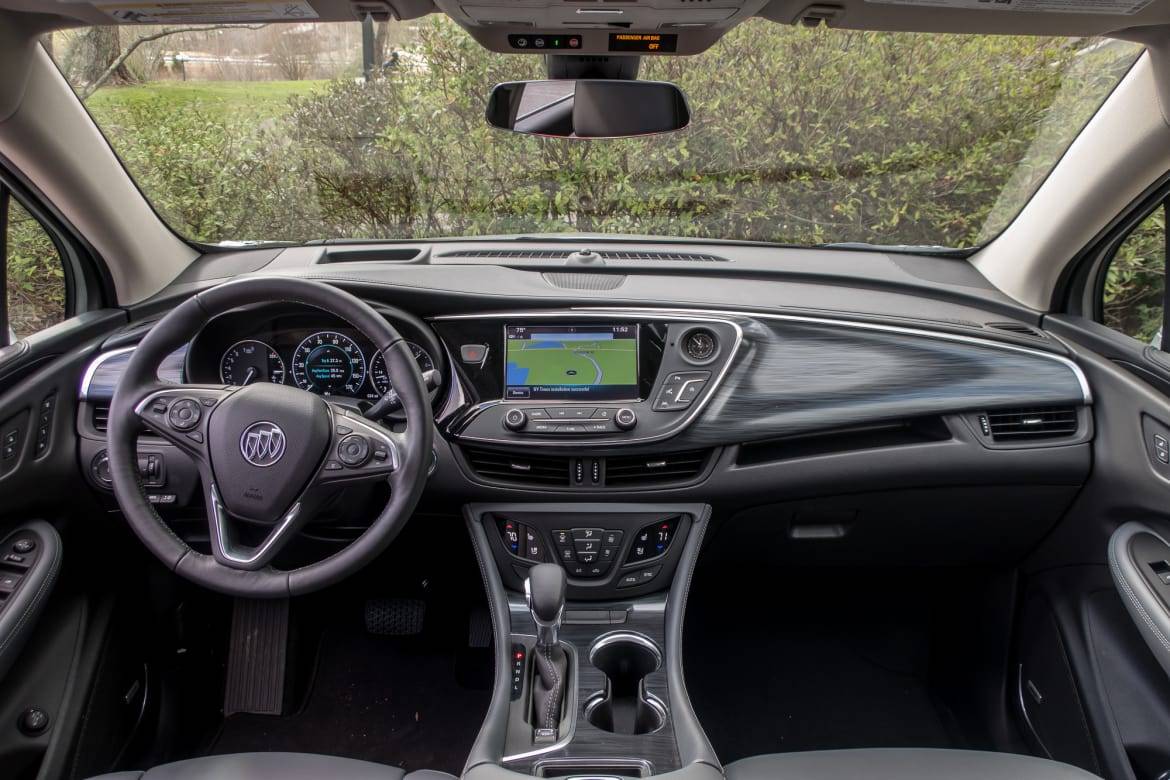 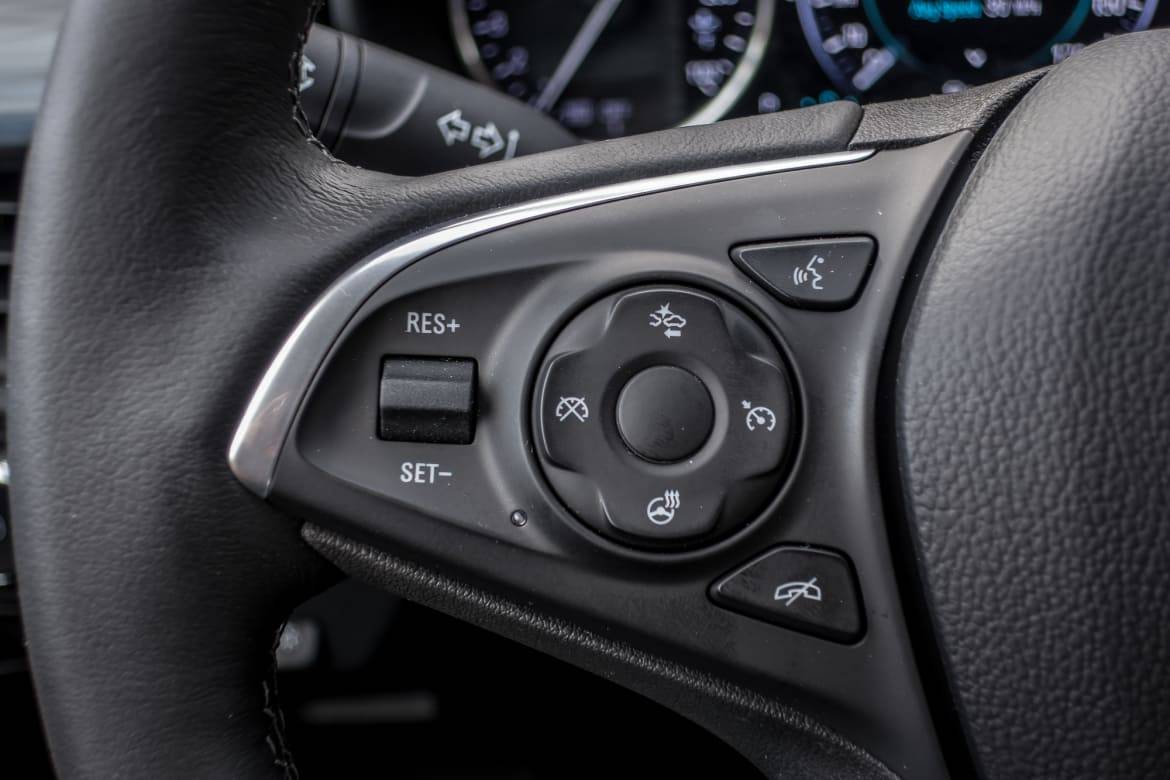 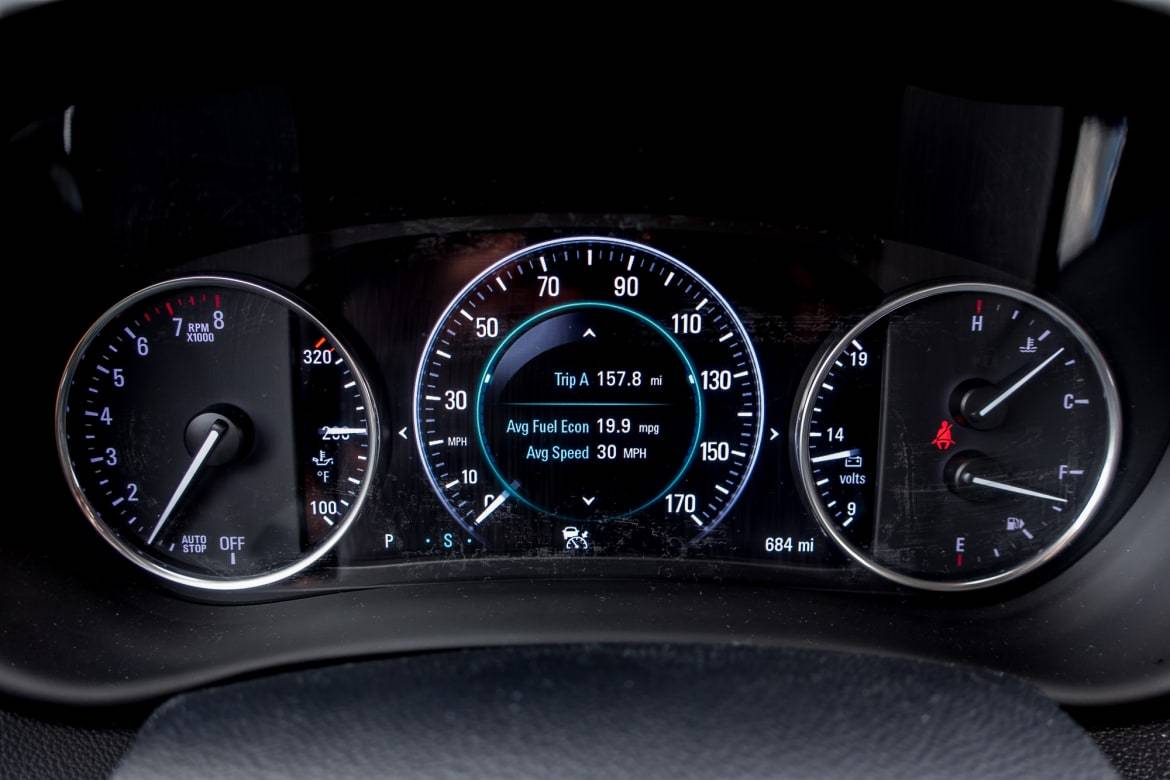 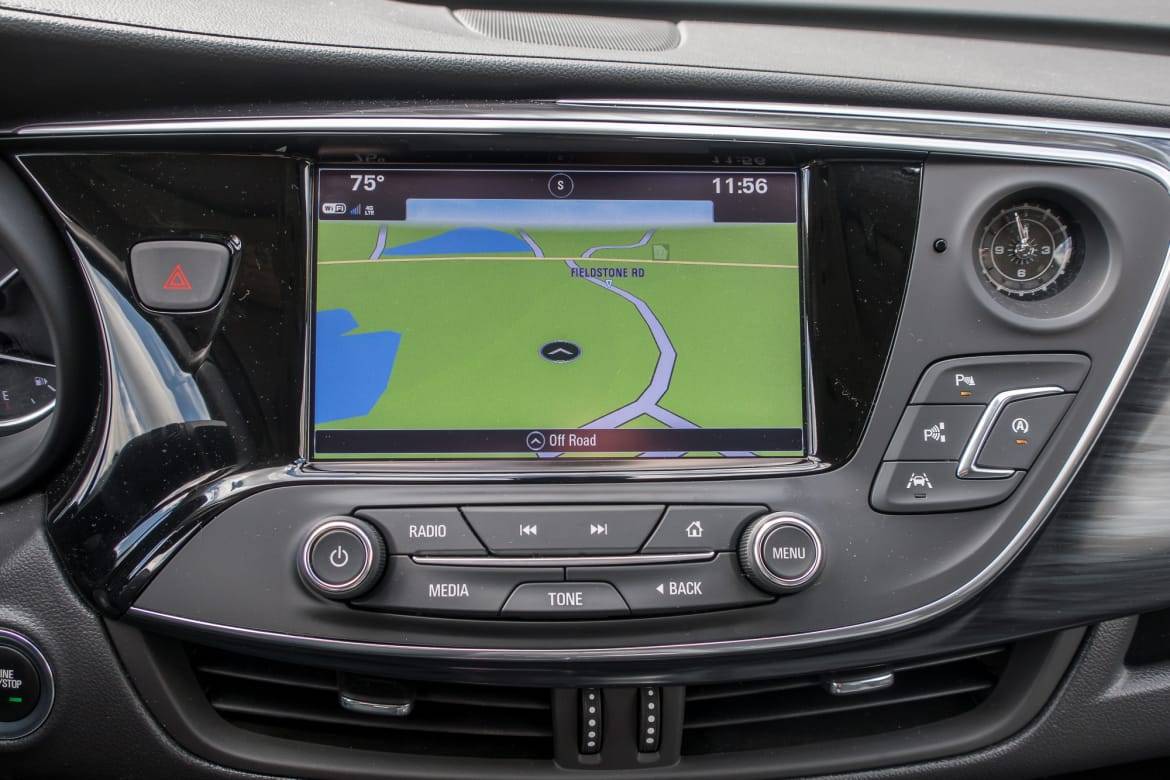 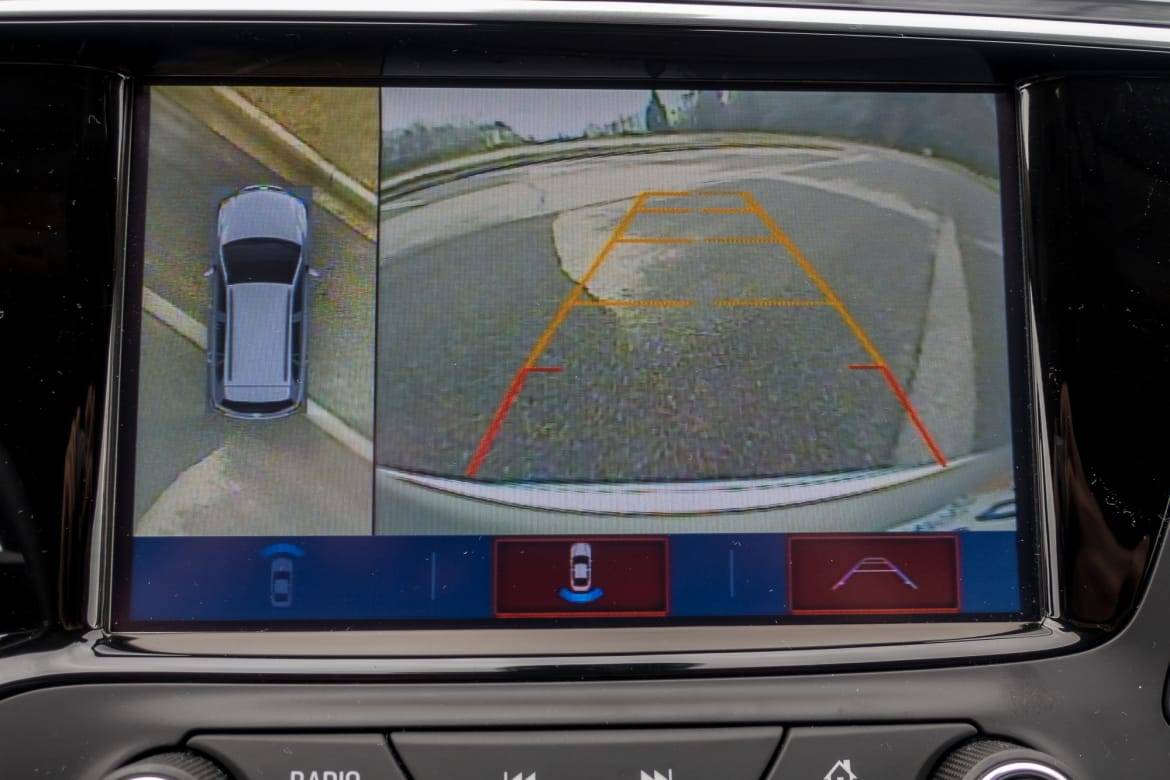 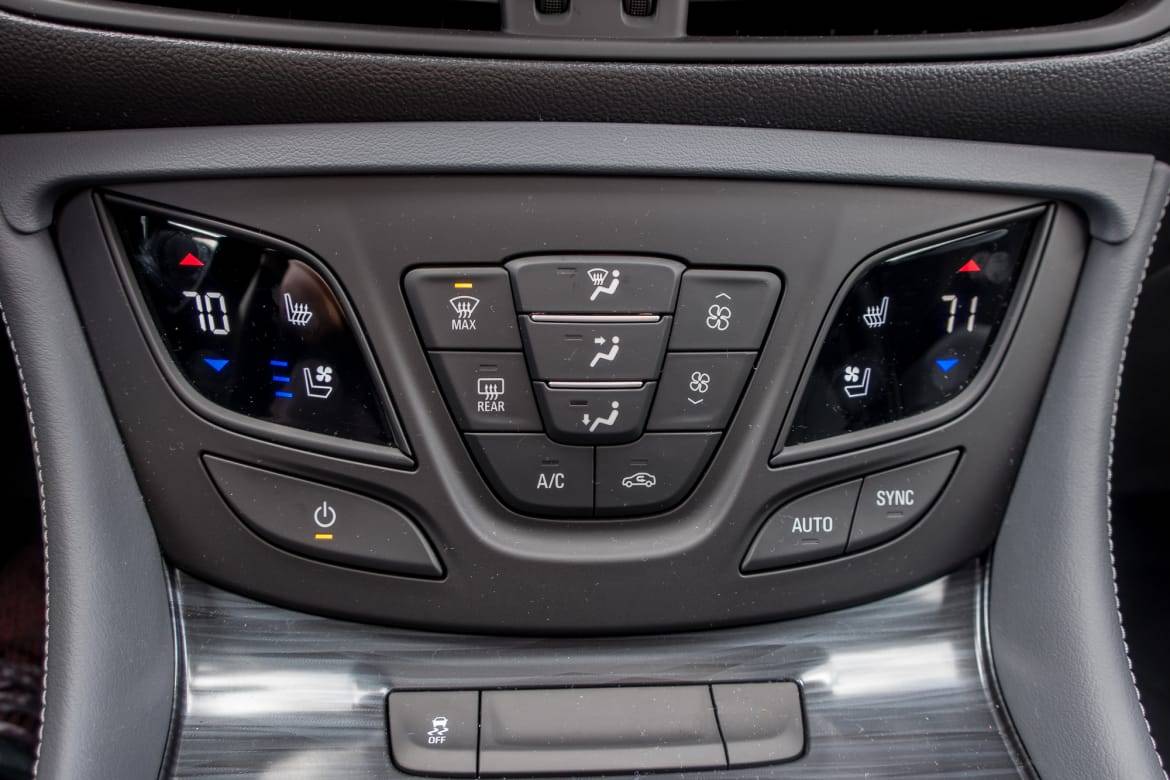 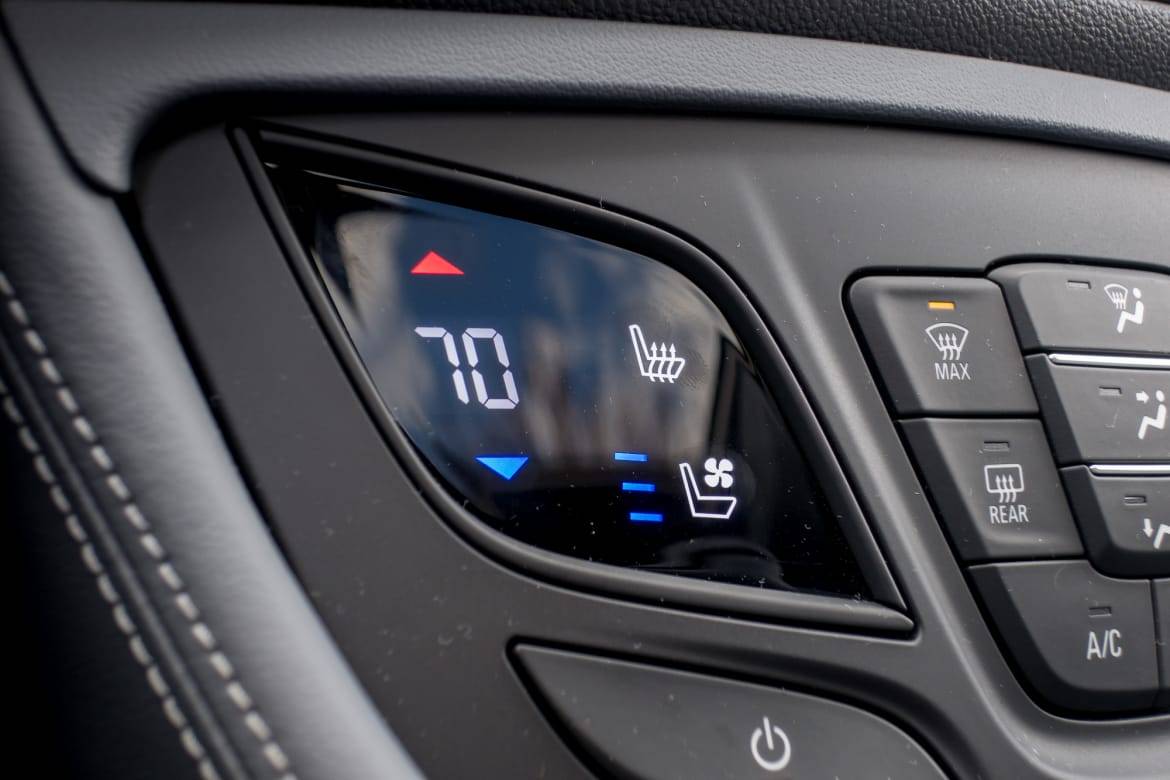 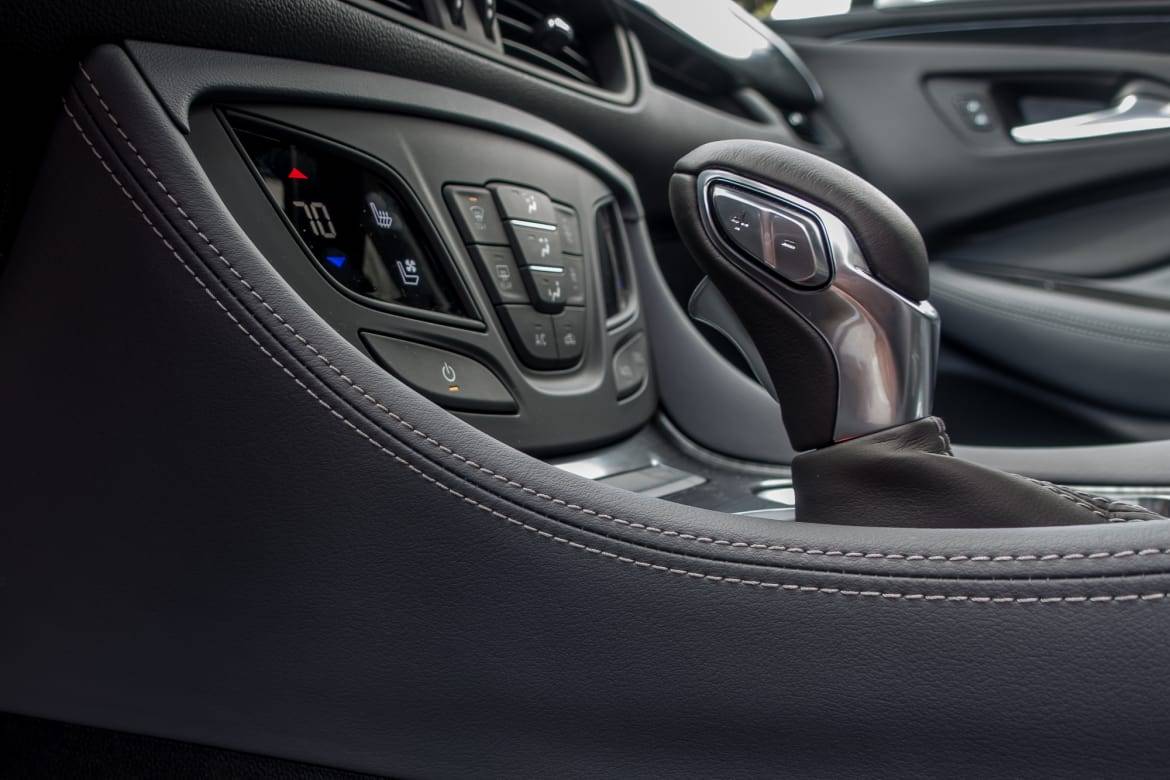 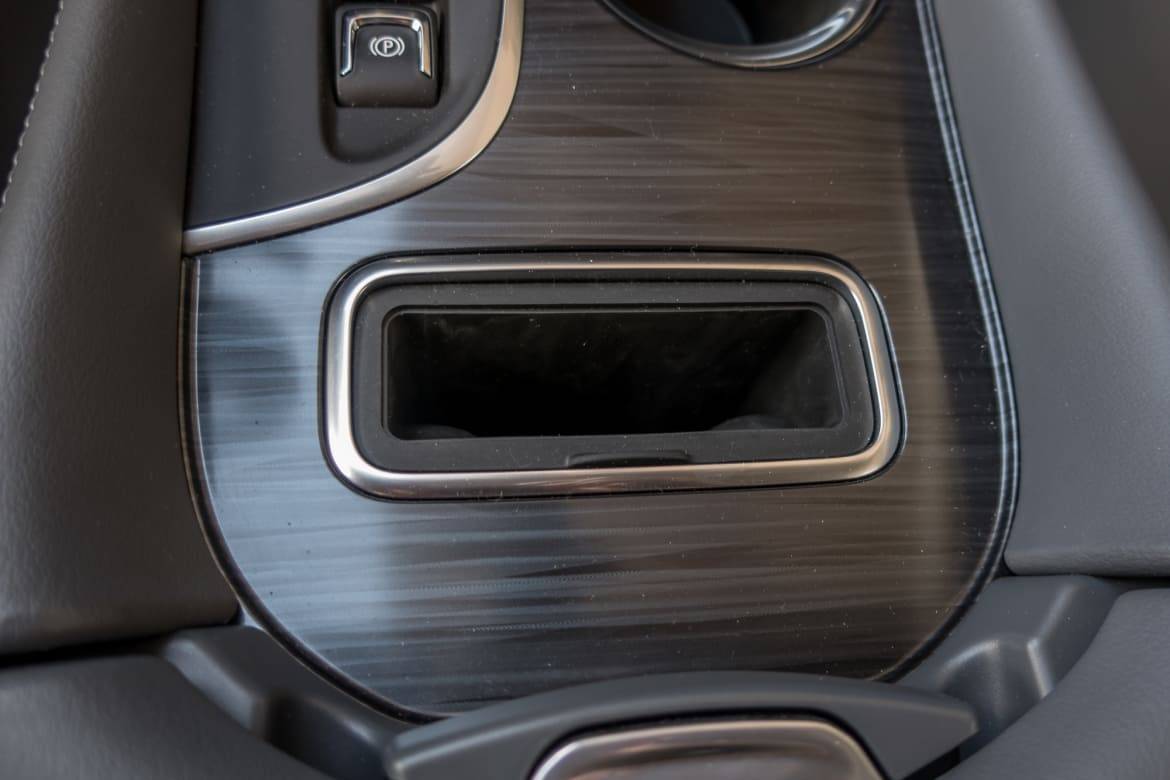 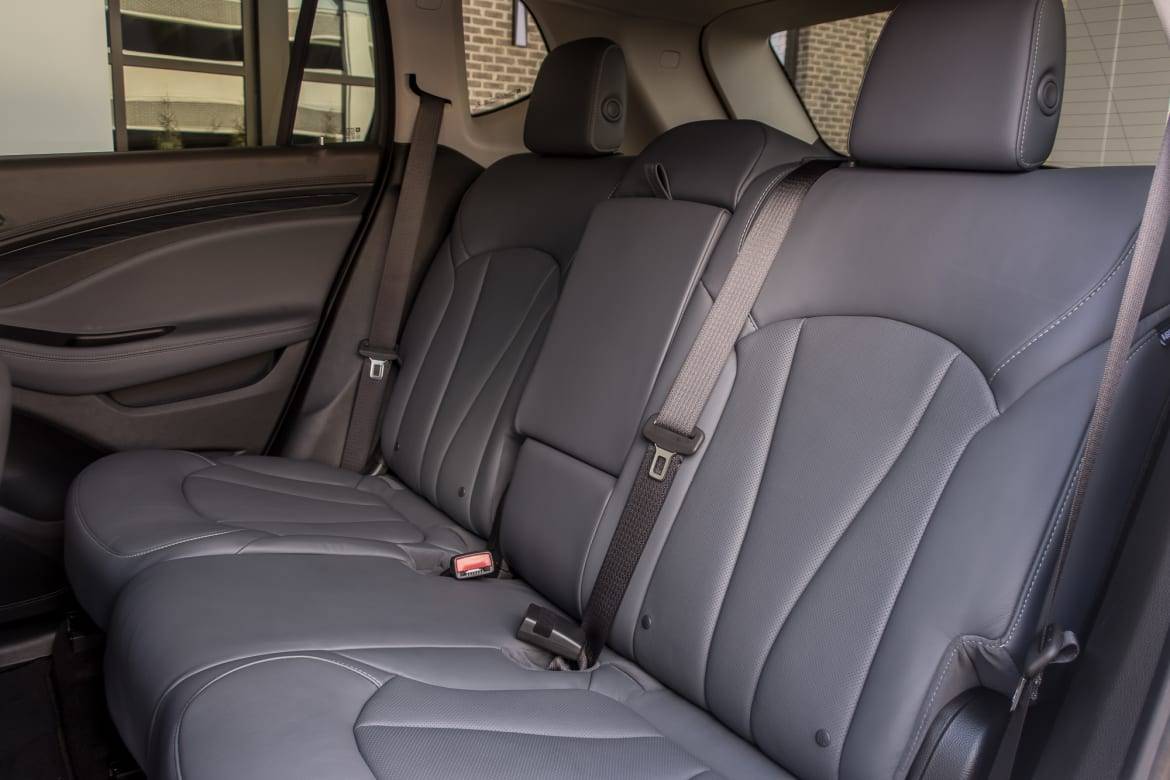 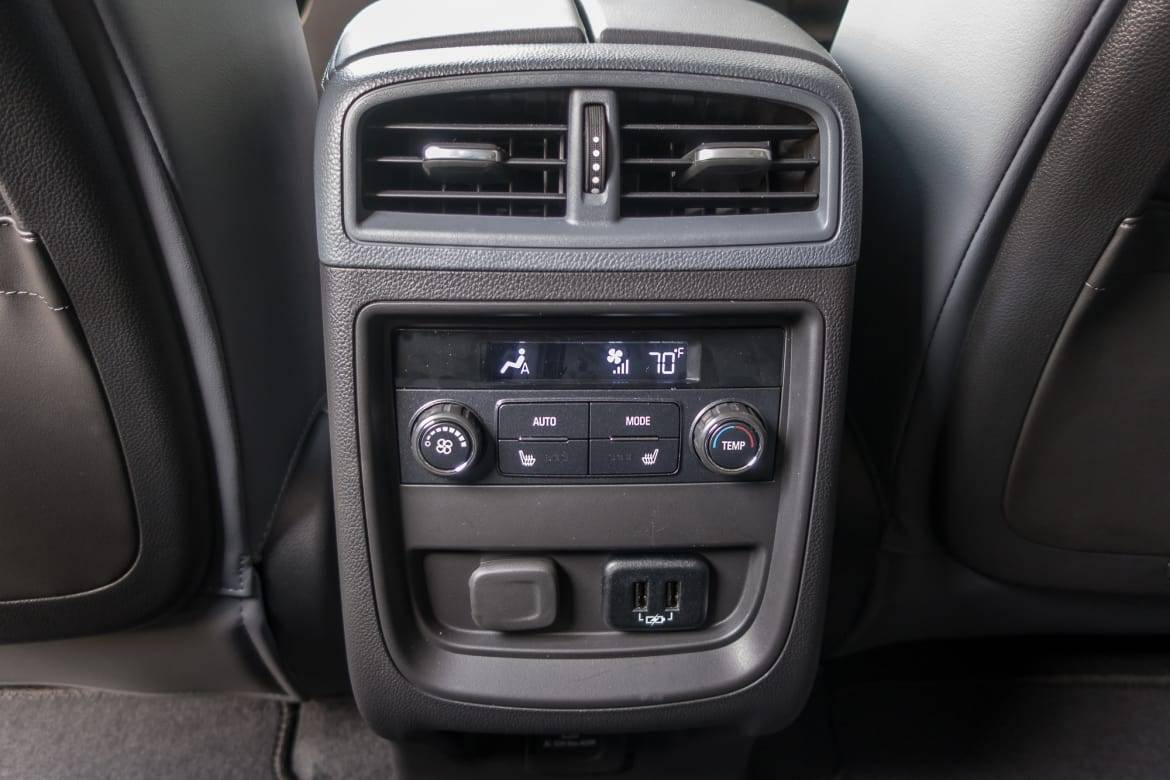 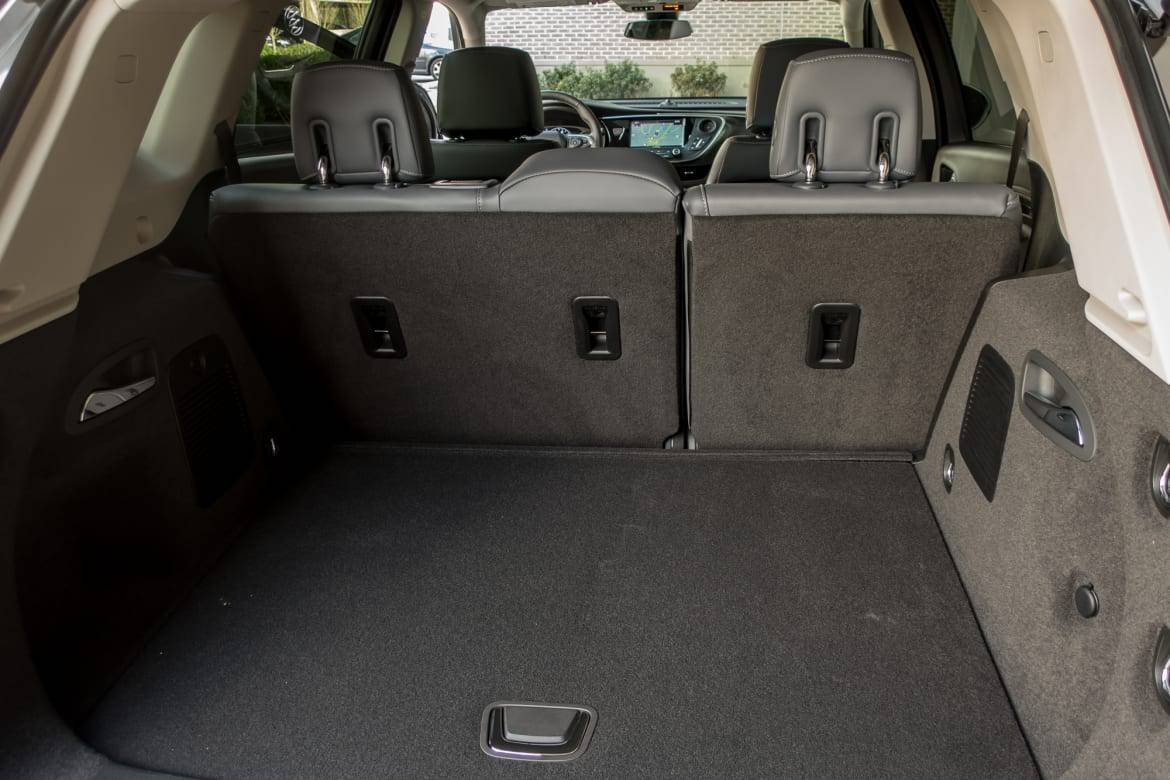 The interior has not really changed. There were no discernible updates to the multimedia system or cabin materials. The backseat continues to be a plus, with an excess of both headroom and legroom, so those who sit back there will be comfortable on longer trips.

I’m still not a fan of the Envision’s climate controls, which are a mix of physical buttons and touch-sensitive controls. The touch controls that change the temperature and activate the seat heating and ventilation are slow to respond — so slow that it can be hard to tell if you touched the right spot or not. A dial or physical button would be a better solution here.

Even though I was testing the 2019 Envision’s most expensive trim level, forward automatic braking didn’t come standard, and that’s alarming on a car that costs nearly $45,000. Buick does offer forward collision warning, lane keep assist and blind spot warnings as standard on both Premium trims, but the automatic braking is the feature you want to help prevent crashes. What’s worse is that in the 2018 model, the Driver Confidence Package is offered only on the top trim level, which means that if you want these safety features on an Envision, you’ll have to pony up for the most expensive version.

The Envision isn’t left wanting for competitors, as the popularity of this class would suggest. Like-priced options include the Acura RDX and Lincoln MKC, and I’d even throw a luxurious mainstream competitor like the Nissan Murano into the mix. Both the RDX (full redesign) and MKC (refresh) get updates for 2019 as well, and while we don’t have pricing for those models yet, the 2018 versions started at more than the 2019 Envision: $36,995 for the RDX and $34,280 for the MKC.

Exterior dimensions for the 2019 Envision are within a few inches of those two vehicles on all sides, and the same goes for the interior where the three vehicles share similar cargo and passenger room. The 2018 Murano however, presents a different kind of competition: It’s a mid-size crossover, so there’s added size inside and out (it’s about 9 inches longer and has just over 5 extra cubic feet of cargo room), and it starts at $1,215 less.

More of the Same

The refreshed Envision reminded me a lot of the old Envision, and that’s OK (especially because it’s a little cheaper now).  The updates don’t move the needle, but it was in a comfortable spot for Buick already. In the three years since its introduction, the Envision has grown to become the third-highest-selling model in the Buick lineup as of the end of 2017, and it’s had a 73 percent increase in sales over the second half of its life.

The previous Envision had found its lane as a solid premium offering with a good powertrain (the turbocharged one at least), plenty of room for occupants and a quiet, comfortable interior that has impressive isolation. The 2019 edition doesn’t mess with that formula and should continue to yield positive results for Buick, especially with its aggressive pricing updates that lead it to further undercut its main competition.