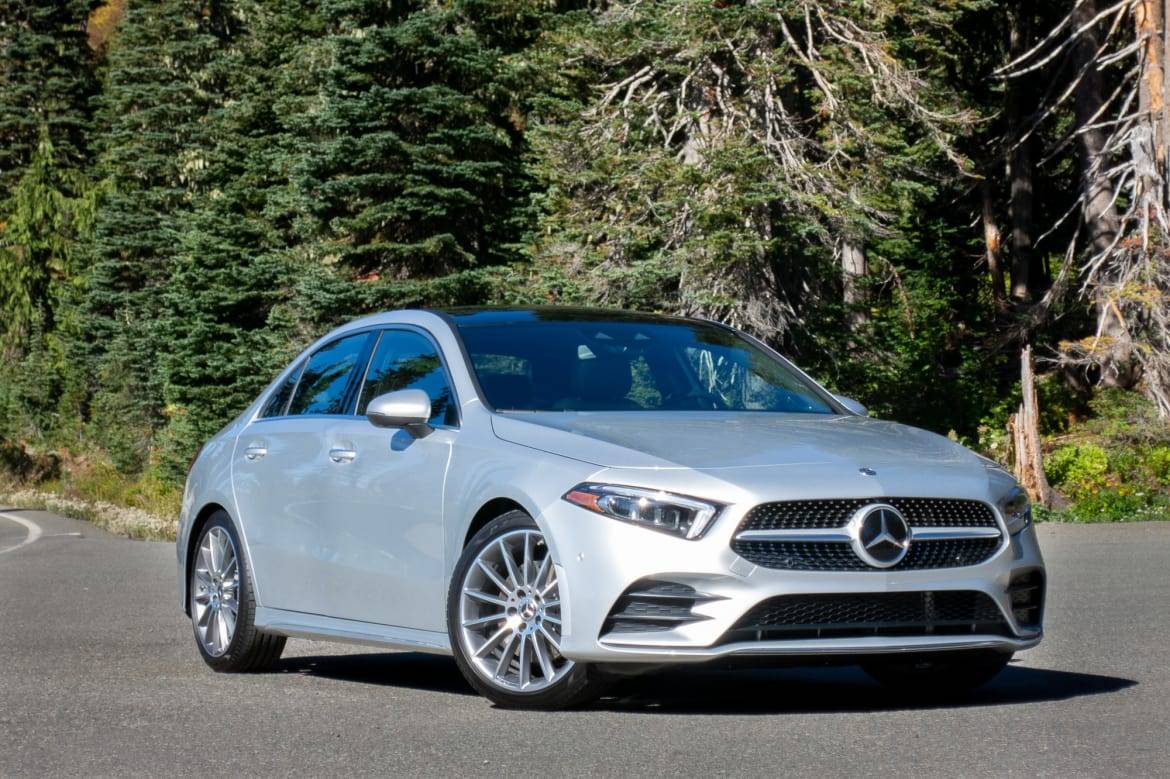 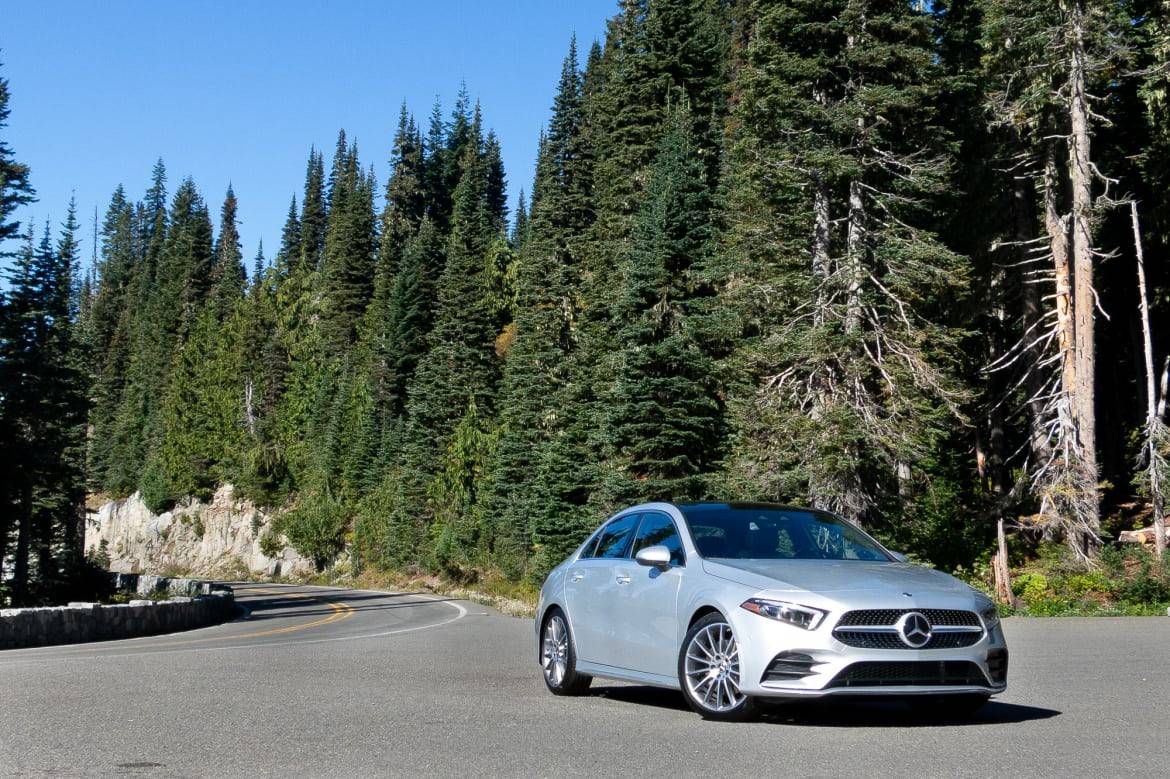 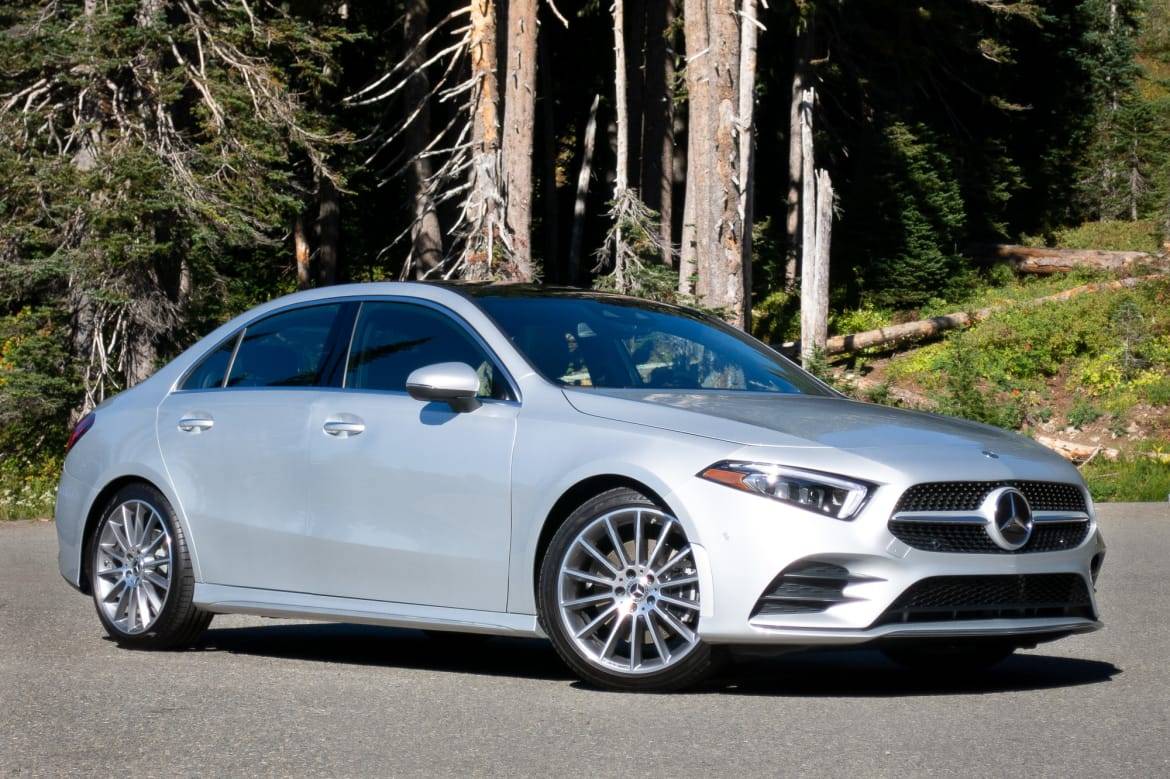 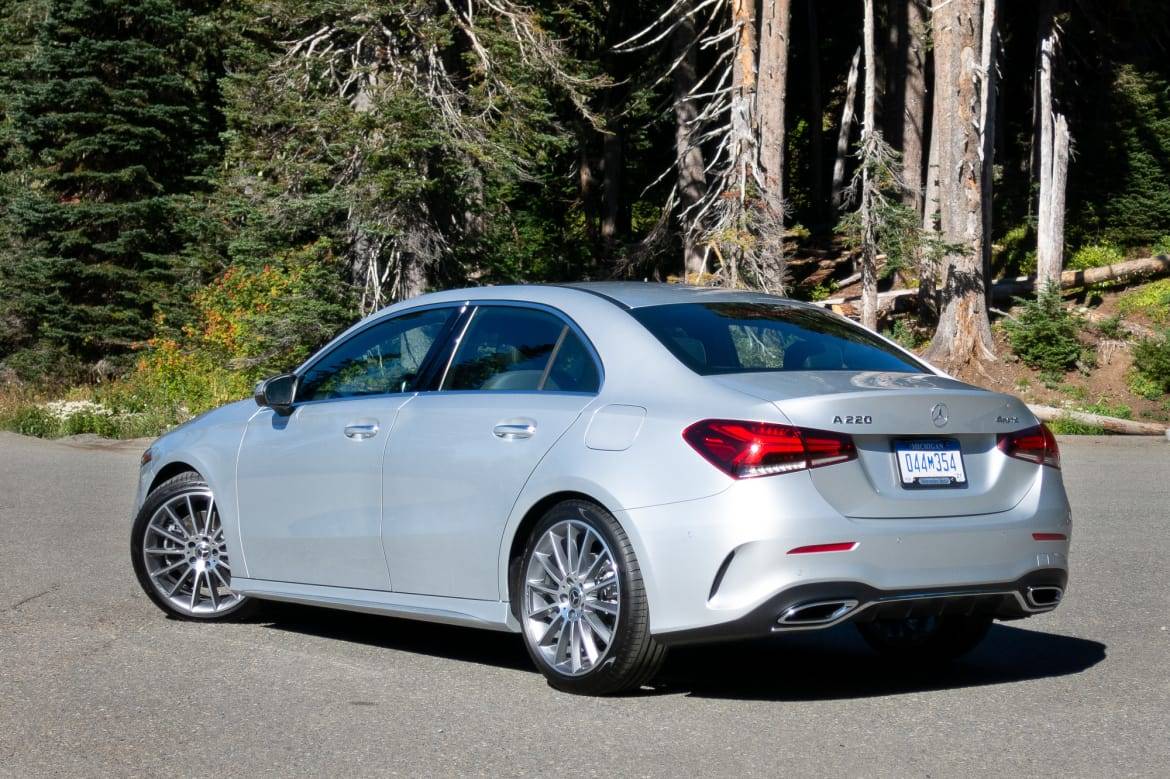 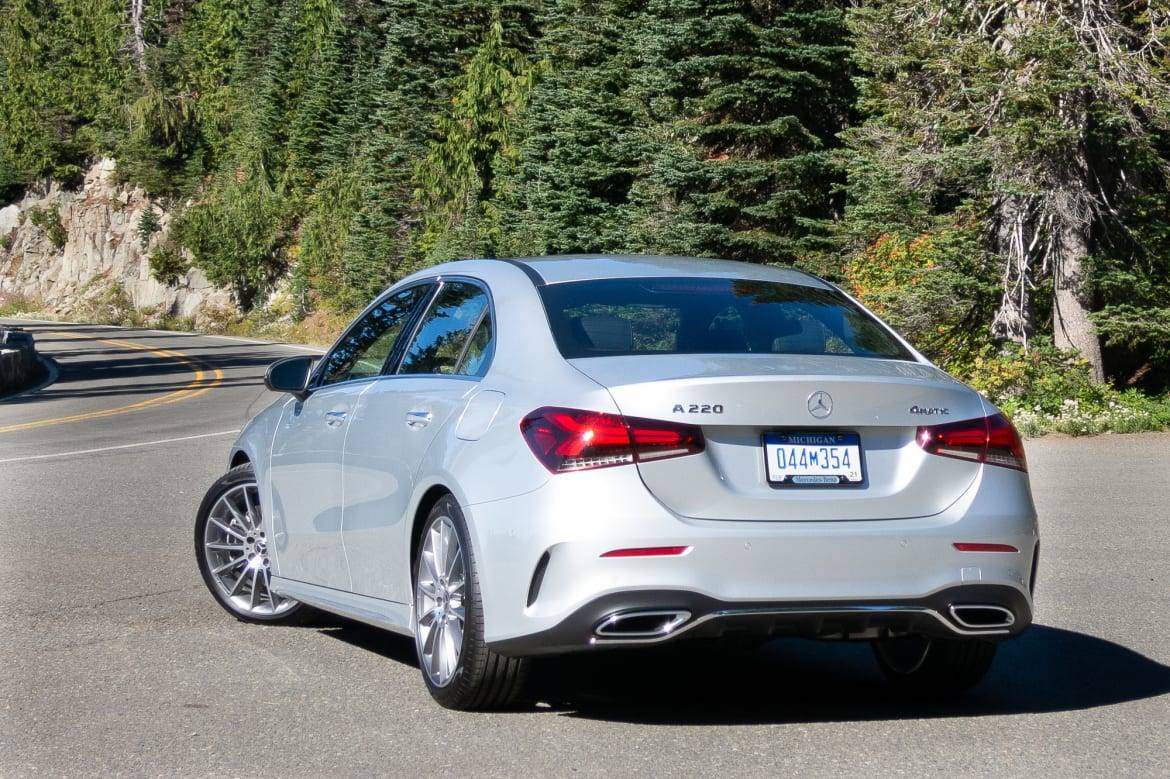 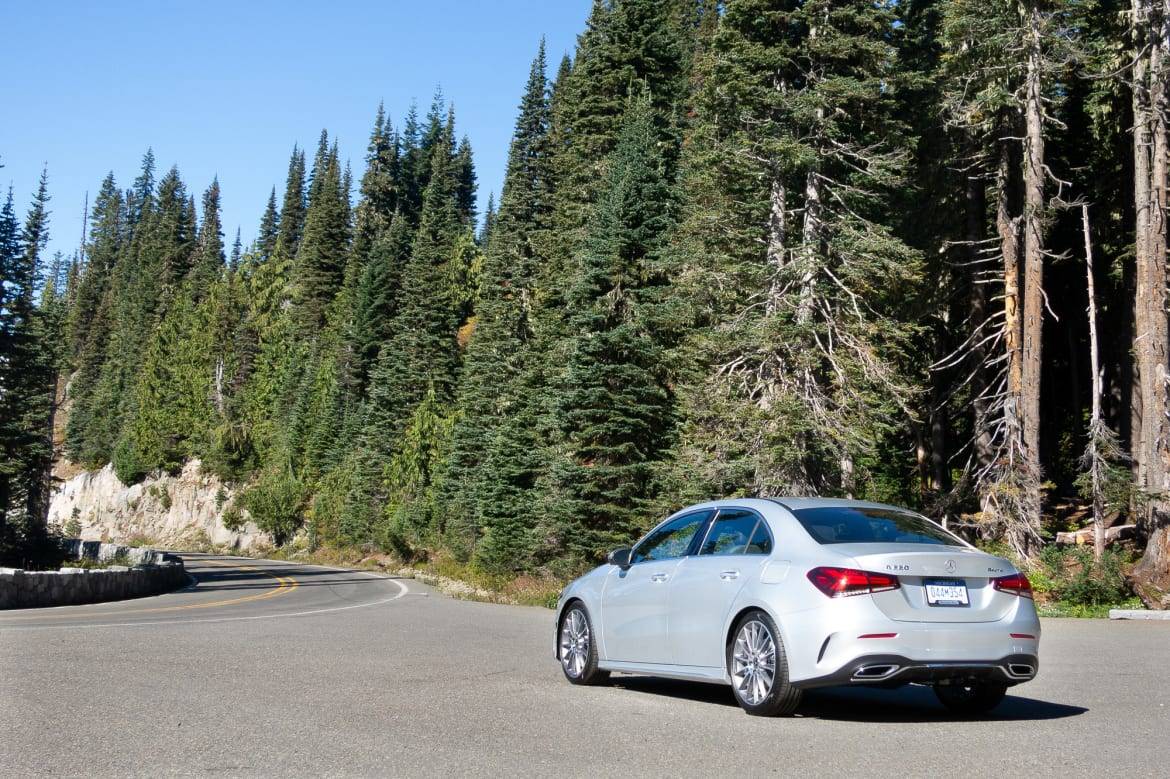 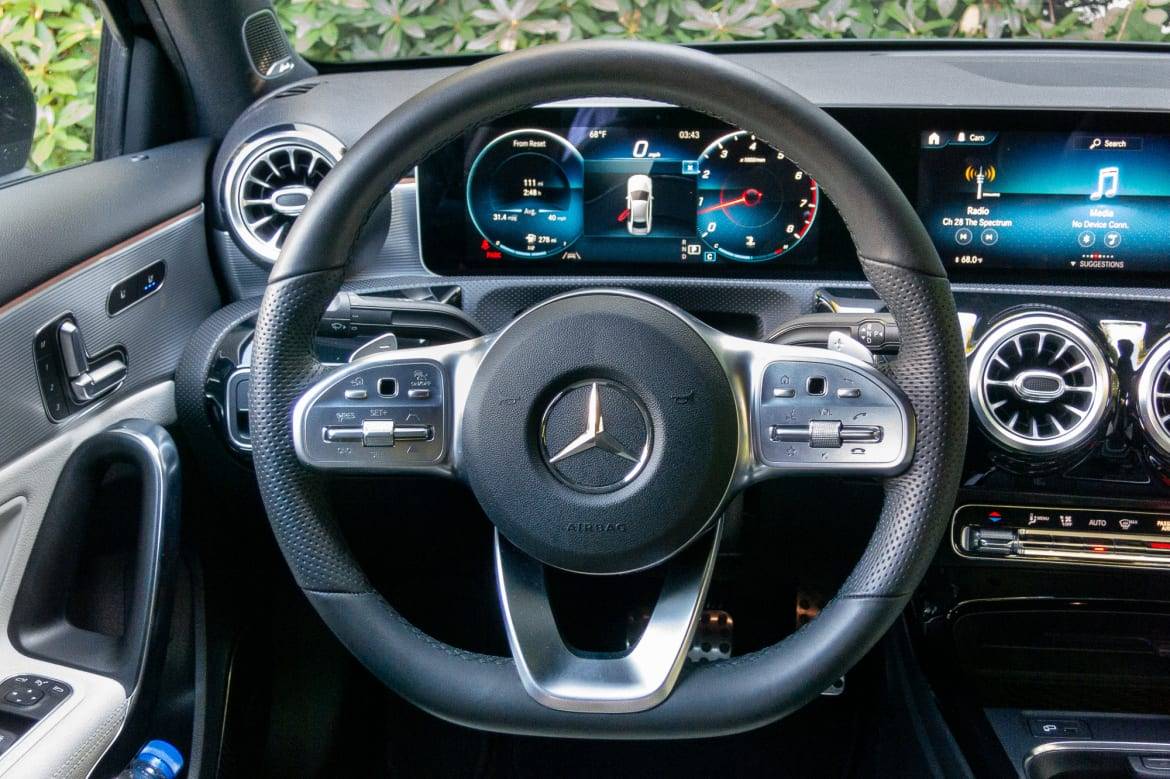 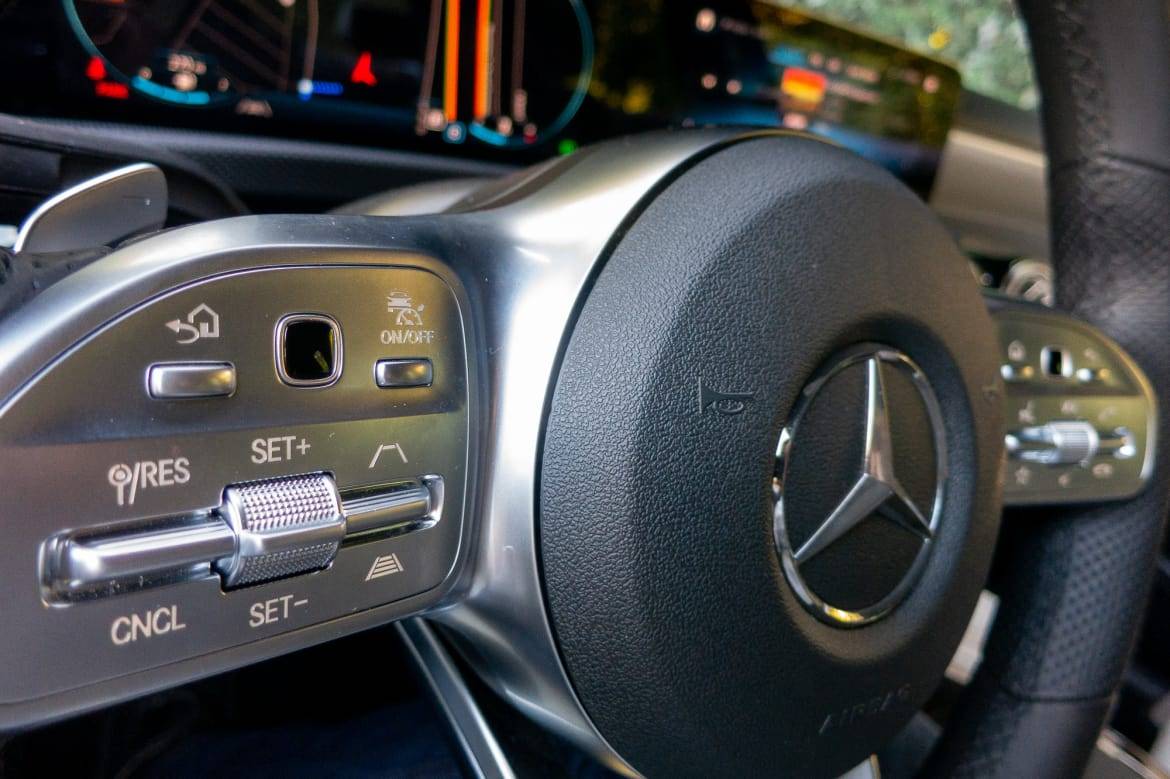 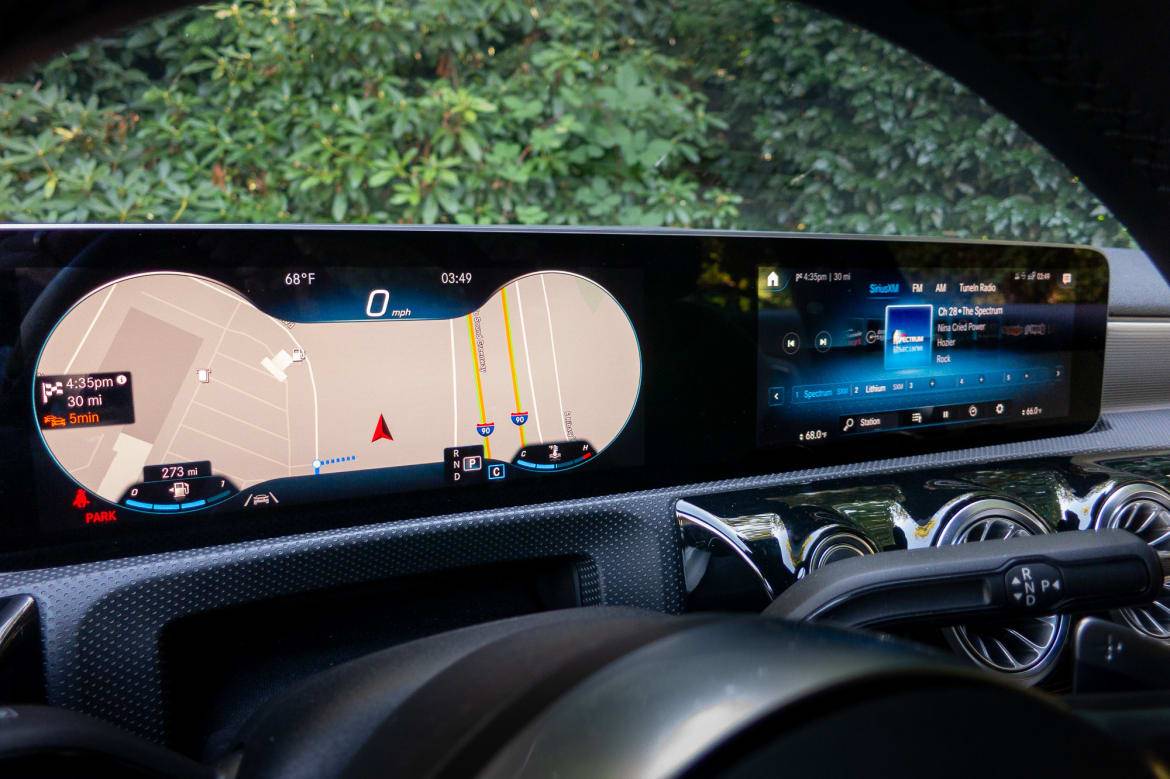 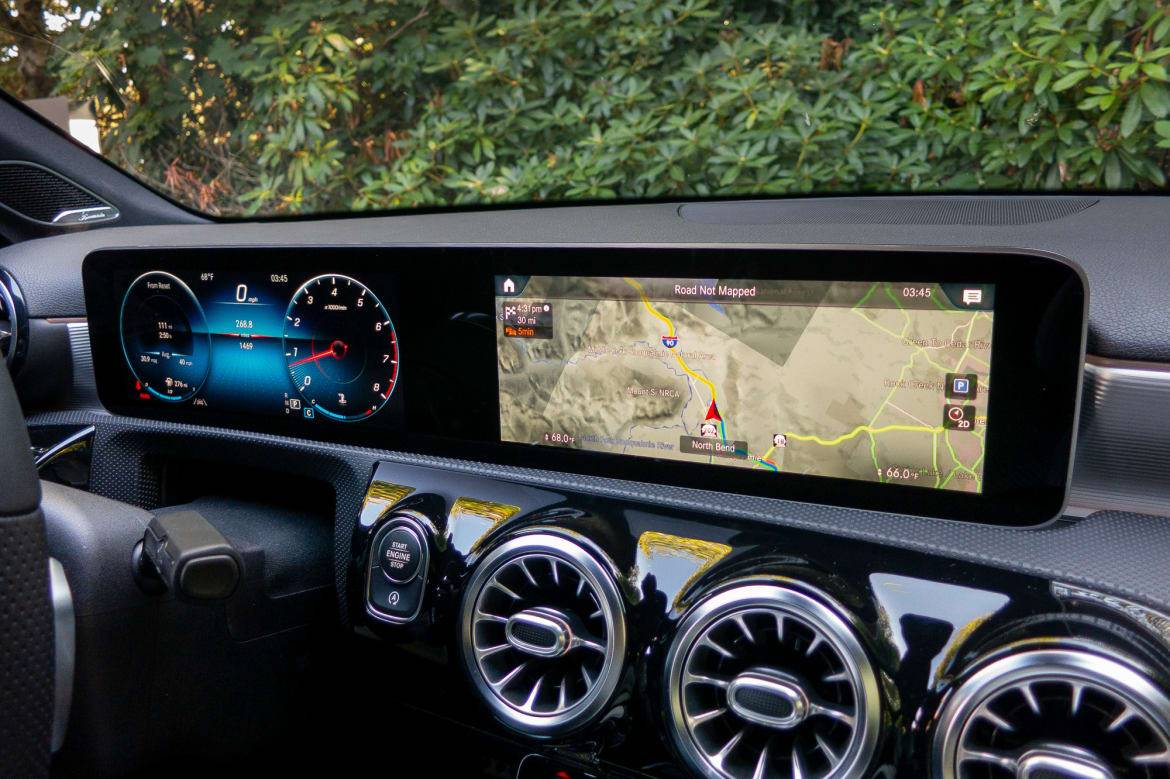 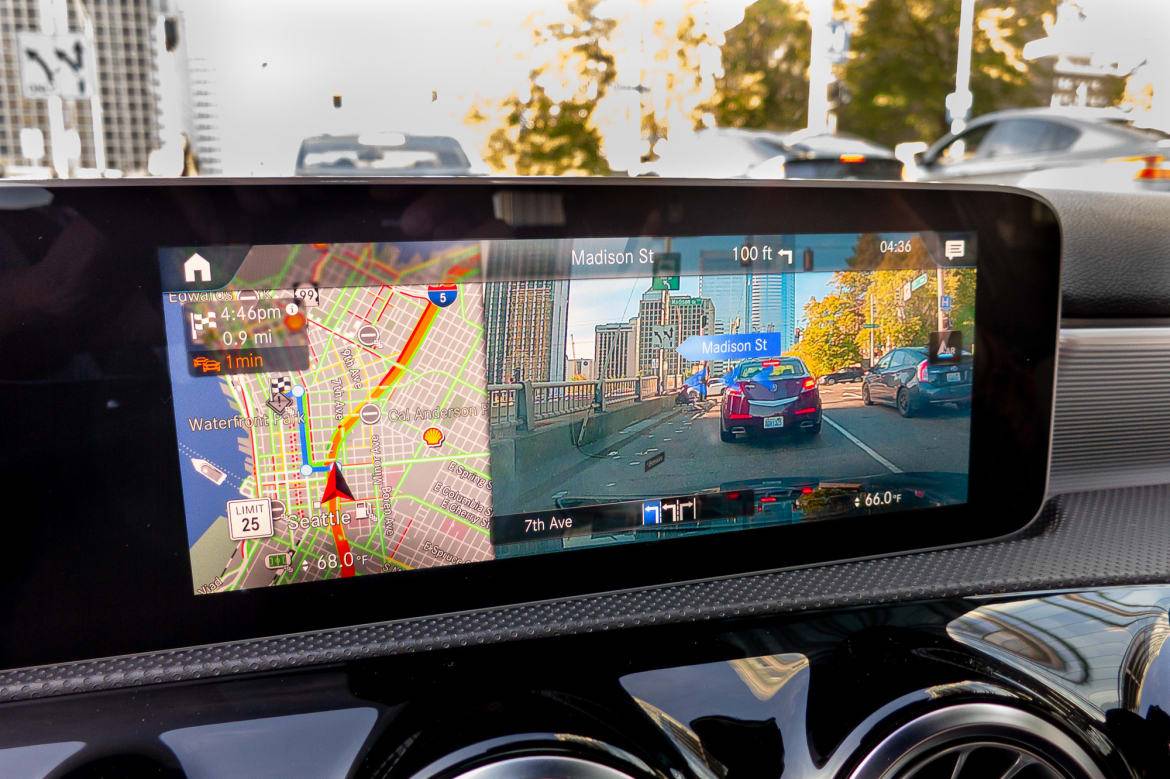 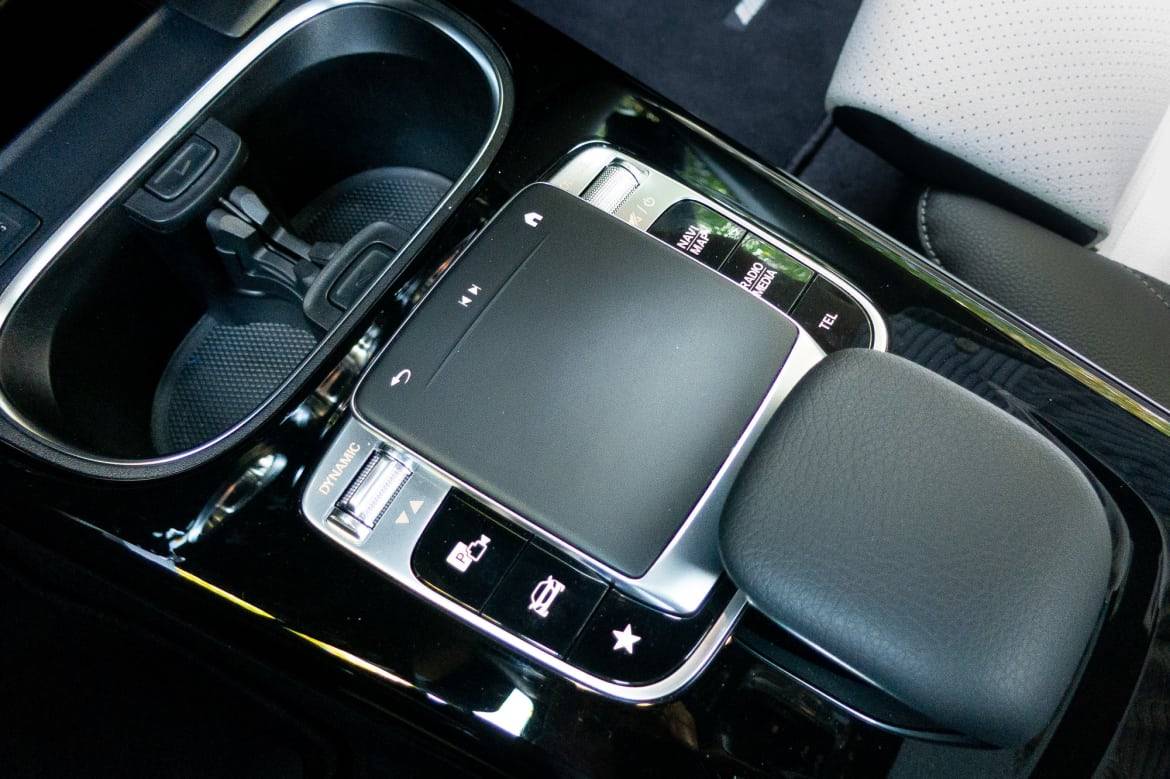 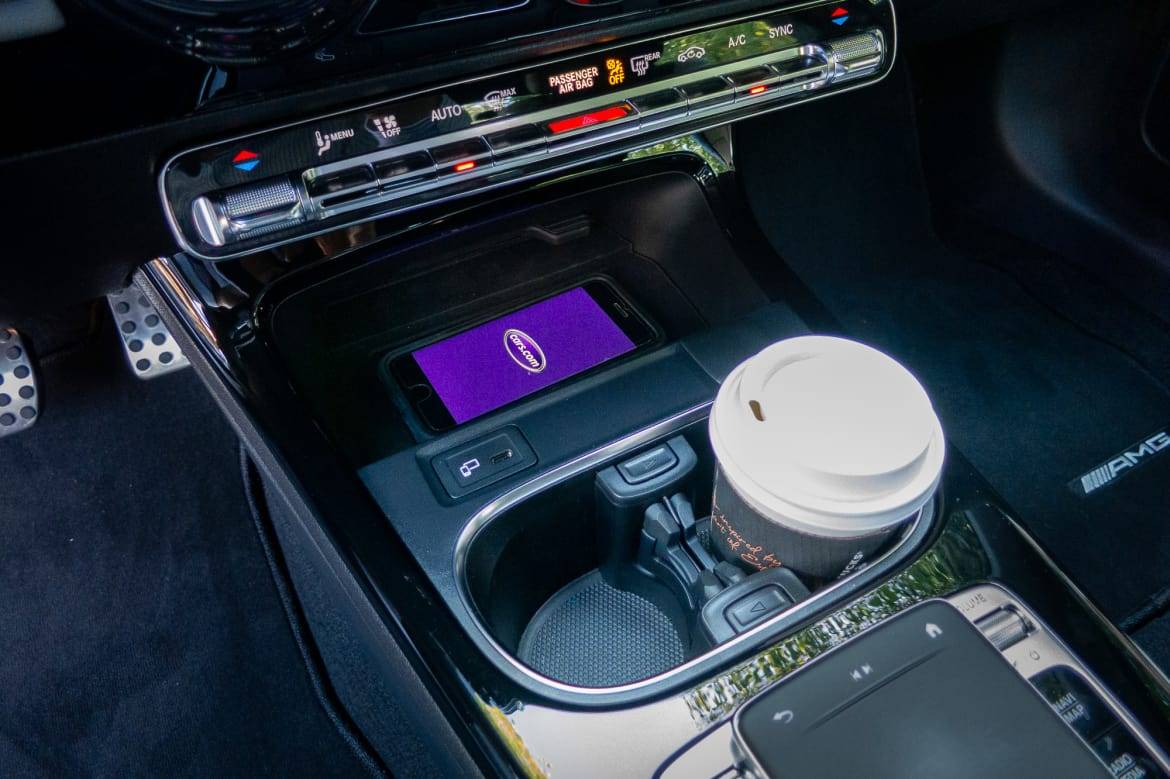 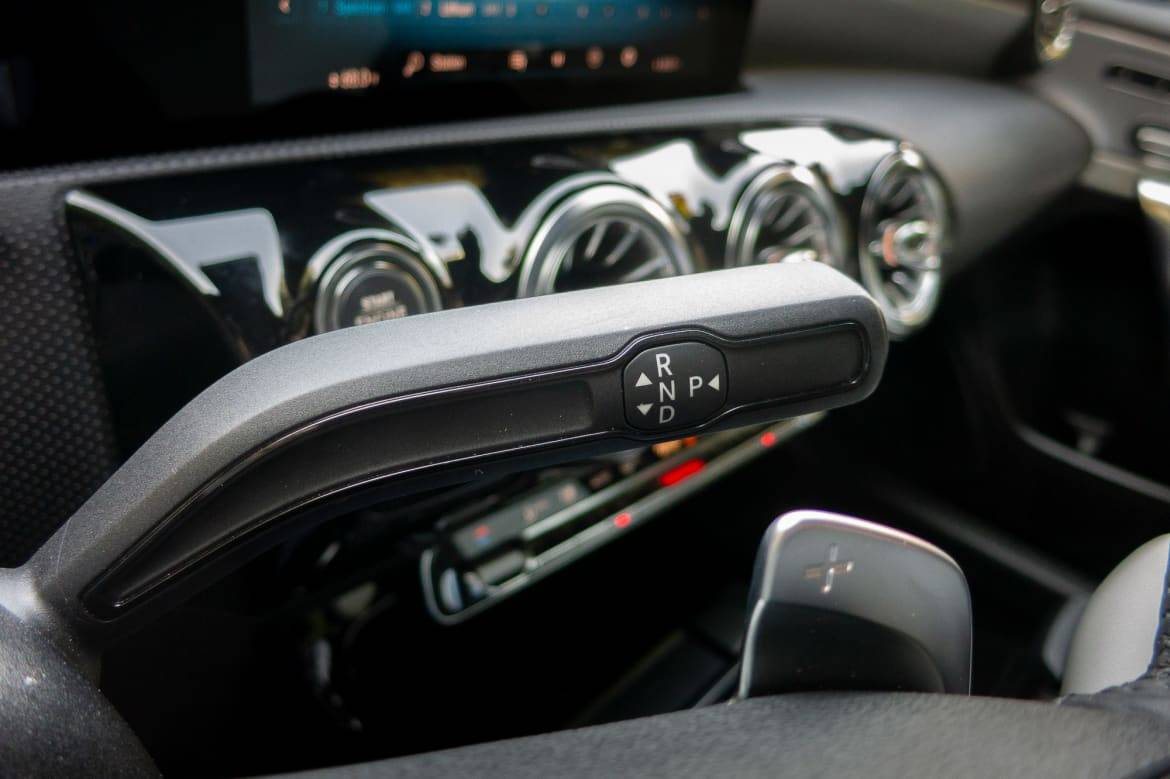 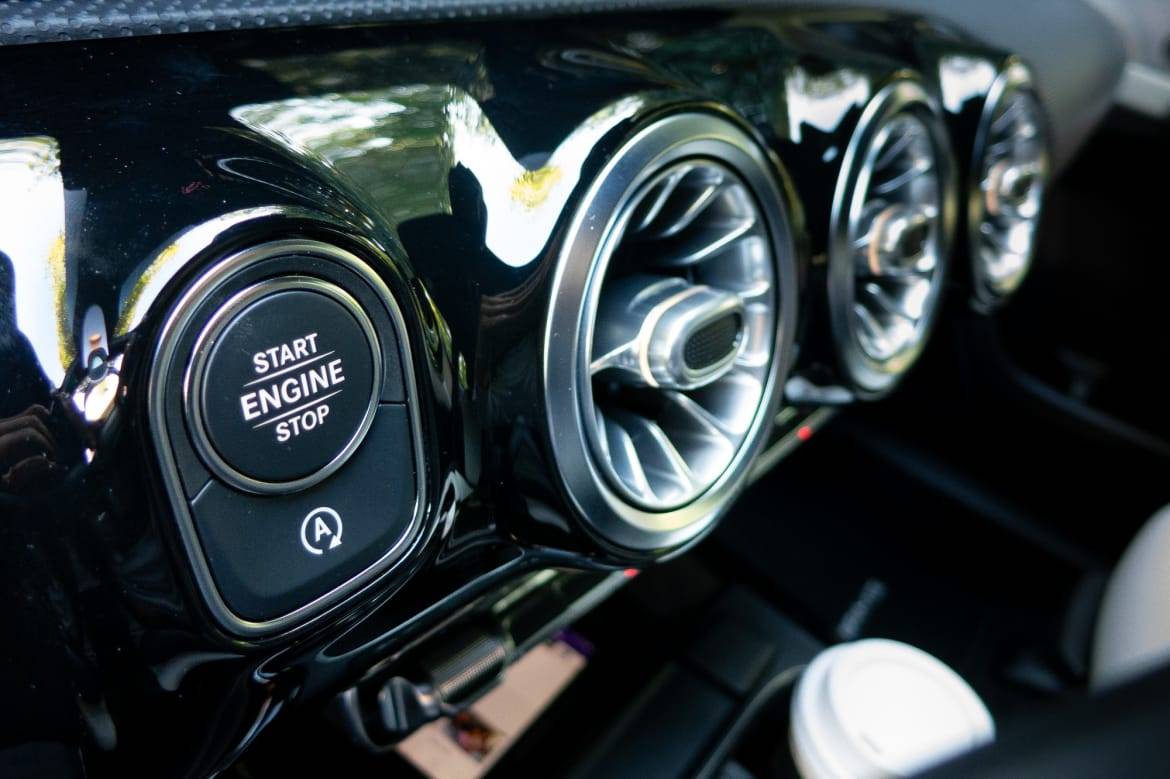 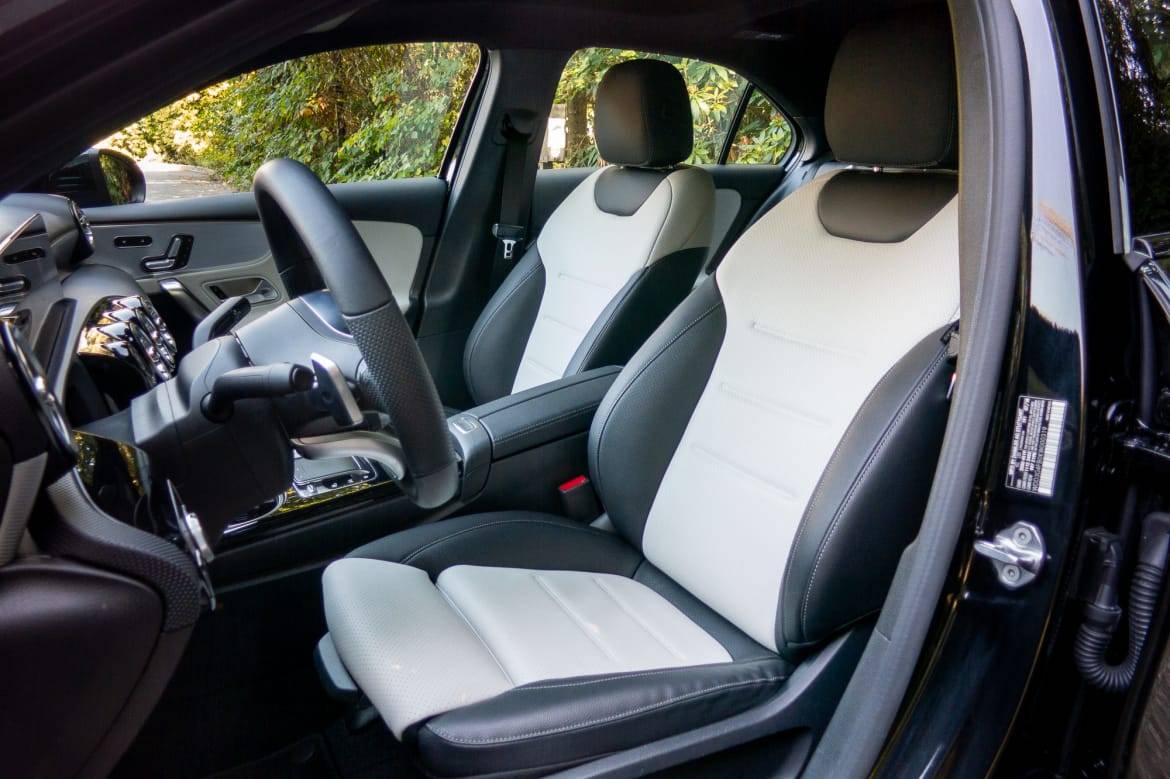 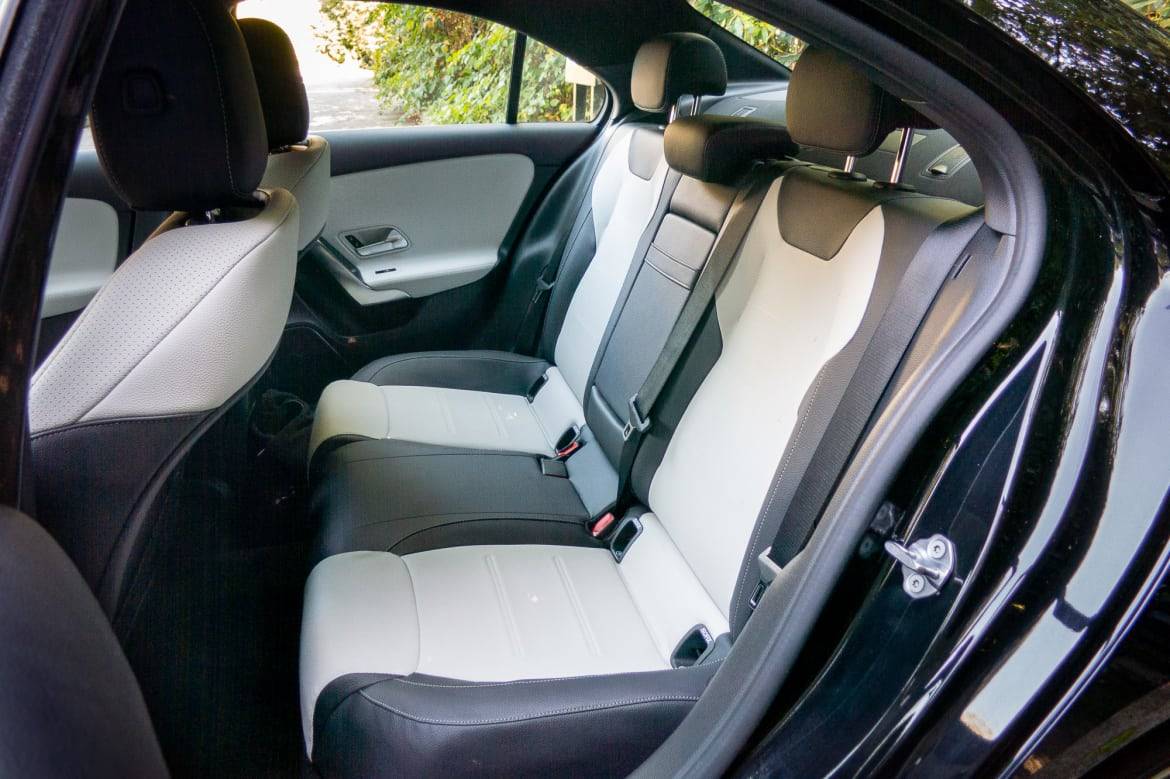 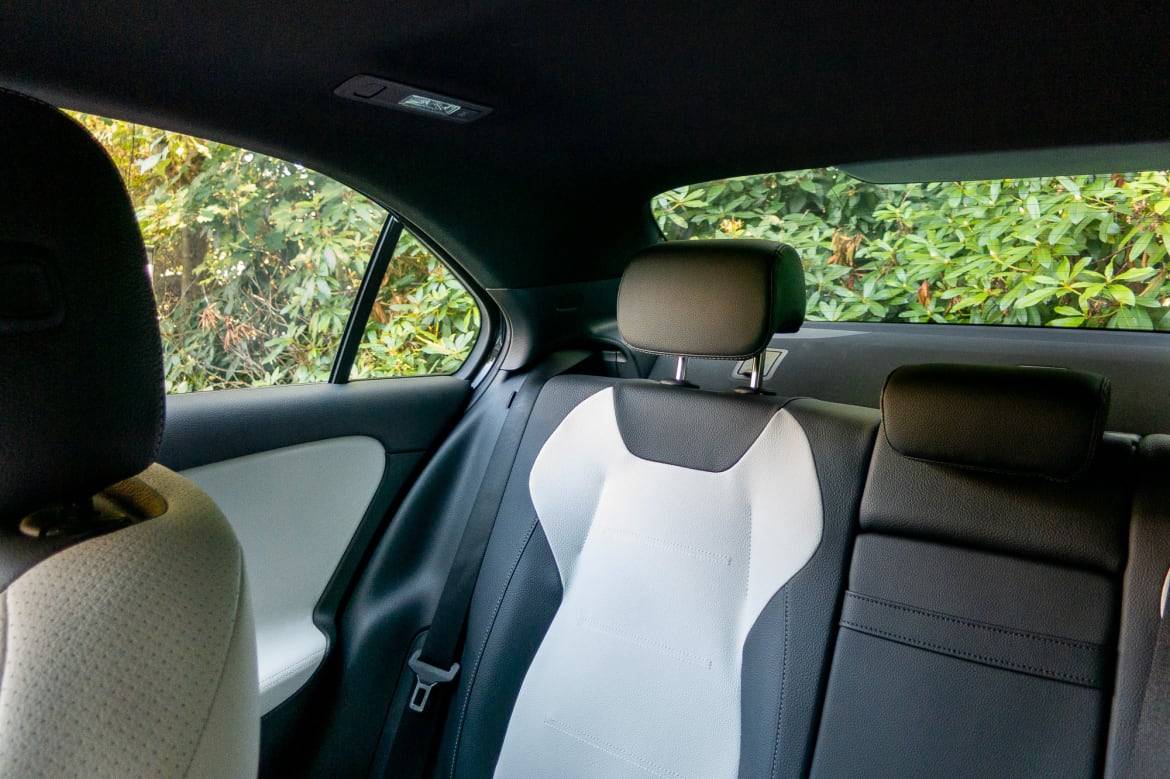 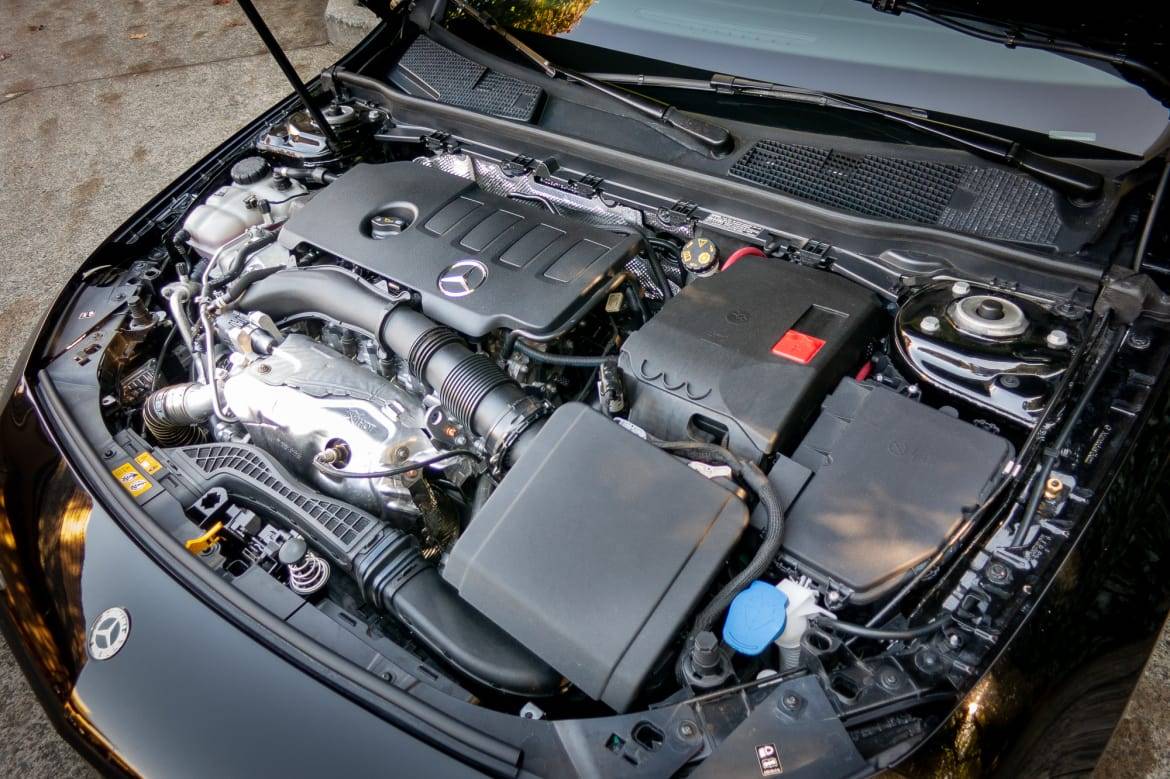 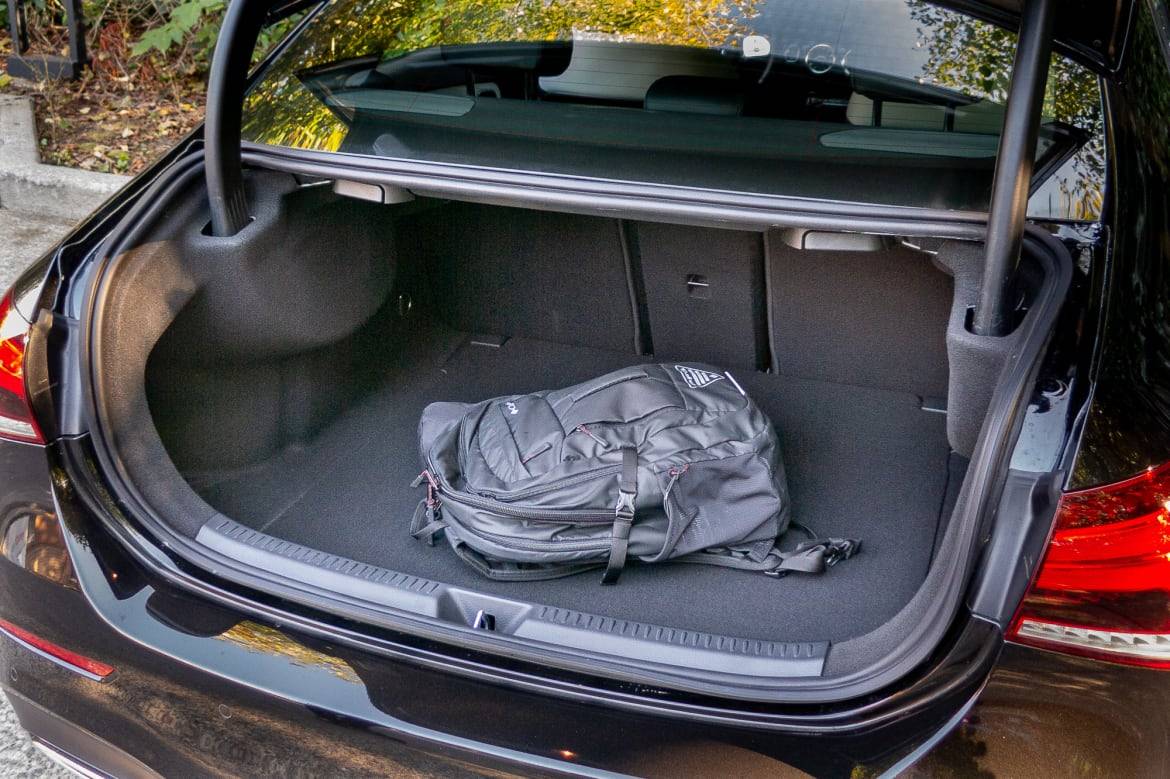 Mercedes-Benz’s latest effort at entry-luxury sedans comes with the A-Class, a global nameplate that makes its U.S. debut starting in early 2019. Wait, what? Yes: Amid consumer preference for SUVs, luxury brands are still investing in small sedans — or, at least, Mercedes is. The A-Class heralds an overhauled small-car platform that will soon underpin redesigns of the swoopy CLA-Class sedan and GLA-Class SUV. It’s easily an all-around better choice than the current CLA, which will remain in our market, though a few annoyances stop the A-Class short of a clean “A” grade.

Related: Here’s Our Full Preview of the All-New 2019 Mercedes-Benz A-Class

Offered outside the U.S. for three prior generations as only a hatchback, the A-Class now adds a sedan, which is the only body style we’ll get when it hits dealerships in early 2019. It comes initially as the A220, available with front- or all-wheel drive (4Matic). I drove both drivelines at a press preview in Seattle (per Cars.com’s ethics policy, we pay for our lodging and airfare to such automaker-sponsored events).

The A220 carries a turbocharged 2.0-liter four-cylinder that makes 188 horsepower and 221 pounds-feet of torque. It works through a seven-speed dual-clutch automatic transmission, and the combination makes for punchier acceleration than the modest output specs suggest. The automatic transmission delays occasionally on multigear downshifts, but most of the time it gets you to the right gear with little hesitation, and the engine delivers gratifying, continuous oomph from 3,000 rpm on up. The A220 is not quick — something Mercedes will address with at least one AMG variant — but both FWD and AWD variants are quick enough to pass slower highway traffic with power to spare, and they get there with little of the CLA250’s hesitation.

All vehicles during the media drive had the A220’s optional 19-inch wheels and AMG Line Package, which has some rejiggered bodywork and a slightly lower suspension, though Mercedes claims the suspension has similar tuning as cars without AMG Line effects. As such, shock absorption is controlled but firm, and highway isolation is busy over anything but glass-smooth pavement; it improves on the CLA’s outright harshness, but some shoppers may want better high-speed isolation. The optional adaptive shock absorbers or smaller wheels (17- and 18-inchers are available) with higher-profile tires might improve on this, but I didn’t drive any vehicles thus equipped — and Mercedes offers the smaller wheels exclusively with run-flat tires, a style of rubber that can sacrifice some ride quality. Test-drive a few variants and decide for yourself.

The handling payoff comes in minimal body roll as well as good grip and limited understeer in tight corners, though it’s hard to discern how much of that came from our test cars’ high-performance summer tires versus any inherent balance. Still, steering feels like the weak link: Fling the A-Class into a tight corner and the wheel feels a touch soupy at first, the initial ratio too slow for quick directional changes and with numb feedback at any steering angle. On the highway, the steering requires constant, tentative corrections to stay on course. Get an A-Class with the optional driver assistance packages and Mercedes’ lane-centering steering at least alleviates the on-center fuss by doing most of the work for you. It works all the way down to a stop, as does the optional adaptive cruise control; full-speed forward collision warning with automatic emergency braking is standard.

Many comparisons will be made between the A-Class and the CLA-Class, notwithstanding Mercedes’ insistence on calling the latter a four-door coupe — an oxymoronic marketing term that’s maybe just moronic. The two sedans occupy the same class, but Mercedes-Benz officials insist the CLA is sticking around. For A-Class shoppers, the split probably helps; with no demands for coupelike design, the A-Class looks like a proper sedan, free of the CLA’s lengthier overhangs and droopy profile. A slightly longer wheelbase on a body that’s 3.2 inches shorter overall ensures short, crisp overhangs at both ends. The standard LED headlights point check-mark accents toward the grille, a fresh look that should spread across the Mercedes lineup soon. The rear is the sole letdown — derivative taillights, bulbous bumpers — but it’s hardly an eyesore.

Inside, the CLA exhibited obvious cost-cutting for a car that wears the three-pointed star, affordability notwithstanding. The A-Class improves on some areas and cuts costs in others, but the overall sense is that Mercedes put the money where it counts. Lusher padding envelops areas your arms and elbows touch, and low-budget plastics stay mostly out of sight. Save for some cheap finishes on the steering-column stalks and window switches, this feels strategically premium.

The front seats have impressive adjustment range and standard power adjustments for both sides, but knee space between the center console and doors is narrow. Those who like to adjust the seat high will run out of headroom under the standard panoramic moonroof, and height-adjustable seat belts and extending sun visors are both missing. The standard MB-Tex vinyl upholstery has a rubbery, industrial consistency, and the heavy seat bolsters feel too stiff for long-haul comfort. Mercedes’ optional cowhide accompanies stitched accents on the dash and upper doors, but neither upgrade feels all that lush — nor do they ease up on the bolsters. Save the money and stick with MB-Tex.

Backseat space is workable but snug, with a low bench that consigns adults to a squatting position. The head restraints go only partway down, leaving big obstructions in the short rear window. The windshield is short, too, so prepare to crane your neck for overhead stoplights.

MBUX at No Extra Bucks

Standard in the A-Class is a pair of conjoined rectangular displays similar to what you get in the current E-Class and S-Class. The differences end beyond that: No dashboard hood encircles either screen, and the right-side unit is, at long last, a touchscreen — a layout preferred by consumers but long resisted among German luxury brands. In the A-Class, it all works off a new MBUX multimedia system (that’s Mercedes-Benz User Experience), which has a voice recognition feature you can summon by saying, “Hey, Mercedes.”

The voice recognition works as advertised, altering vehicle settings or finding contextual locations along your navigation route through conversational questions. The contextual locations in particular are a capability long offered by smartphones but seldom in-car voice recognition systems, which have largely failed such basic tasks for years. Beware, however: Casual references to Mercedes — or sometimes other words — can prompt unsolicited interjections from the system. Should it become too intrusive, you can deactivate the summoning feature and access voice recognition discreetly through a steering-wheel button.

The other shoe drops on music, as MBUX’s voice recognition doesn’t play ball with streaming tunes. It might be Friday night, but you can’t call up that Friday Night Jams playlist off your smartphone or Spotify account through the Mercedes. Future over-the-air updates to the built-in system could streamline the integration, but for now, you’ll have to plug the phone into Apple CarPlay or Android Auto — both standard, albeit not the wireless connection some automakers now offer — and query Google or Siri for those superfly beats. (Is that what the kids say these days? No? Bah.)

The base MBUX system has two 7-inch screens, five USB-C connectors and an adapter cable for older USB formats. Dual 10.25-inch screens and an upgraded processing chip for faster menu responses are optional, as is an onboard navigation system with nifty turn-by-turn directional markers overlaid in augmented reality on a forward-facing camera view. An onboard internet connection with a 10-year complementary subscription enables cloud-based learning and over-the-air updates, while the onboard software learns your favorite radio stations or routes driven to suggest them at contextual times — both similar to the way smartphones work.

An Entry-Level Benz Worth Entering?

Mercedes-Benz has yet to release pricing as of this writing, but it bills the A-Class as the new entry point into the brand. That means the sedan should start somewhere south of the CLA’s current price — about $34,000 with destination. It should pack significant value at that: MBUX and automatic emergency braking are standard, as are the moonroof, dual-zone automatic climate control and power seats. Options range from the upgraded MBUX system to navigation, 64-color ambient lighting, Burmester premium audio, keyless access with hands-free trunk opening, heated and ventilated front seats, and a heated steering wheel.

A redesigned CLA-Class will soon accompany the A-Class, as will a GLA-Class micro-SUV; all three will share the same underpinnings, Mercedes officials told me. If the A-Class is a harbinger of small things to come from Mercedes-Benz, it means big improvements loom for some of the brand’s weakest current offerings, and it all starts here. The A-Class is far from perfect, but it’s a good start.