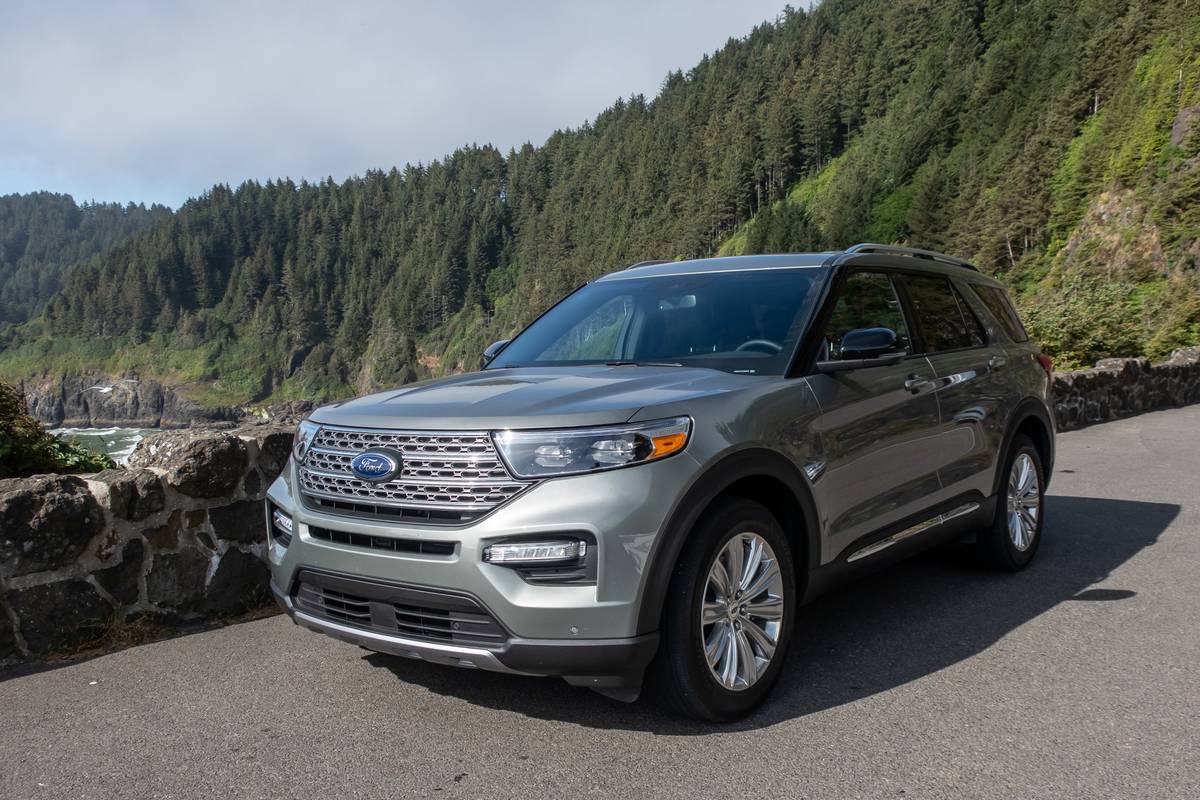 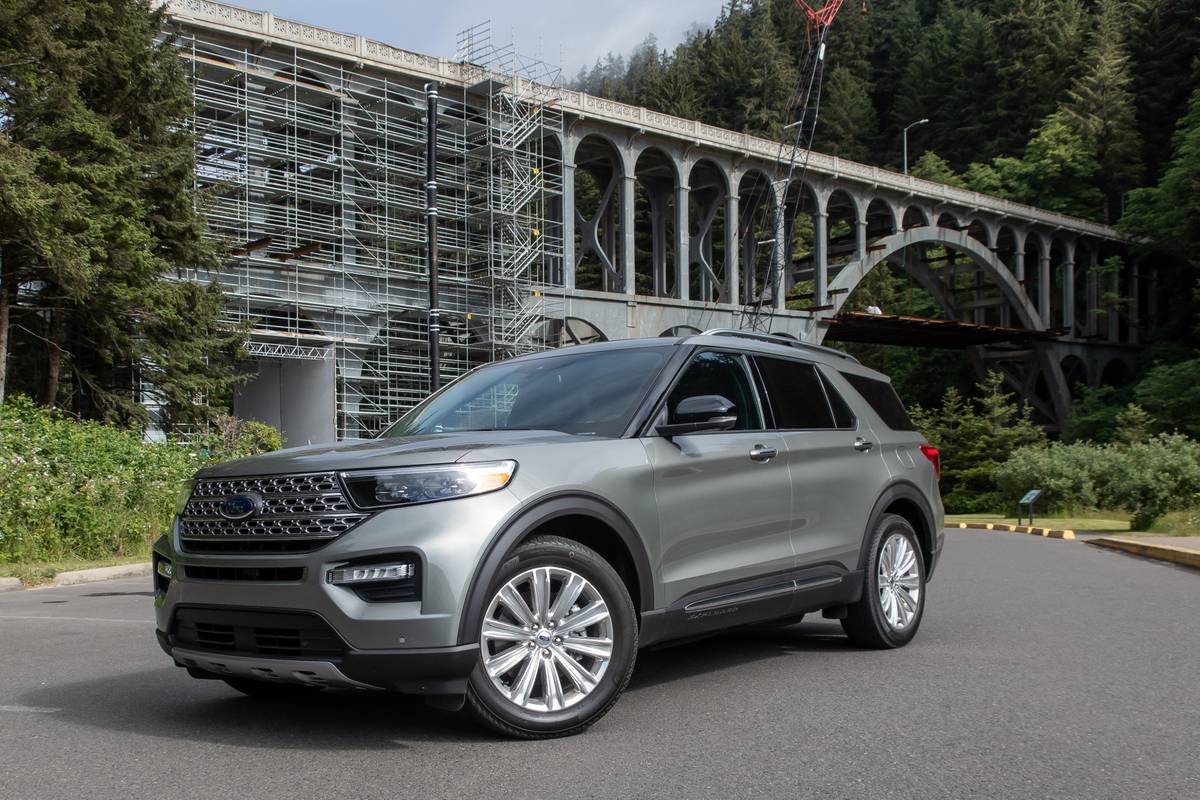 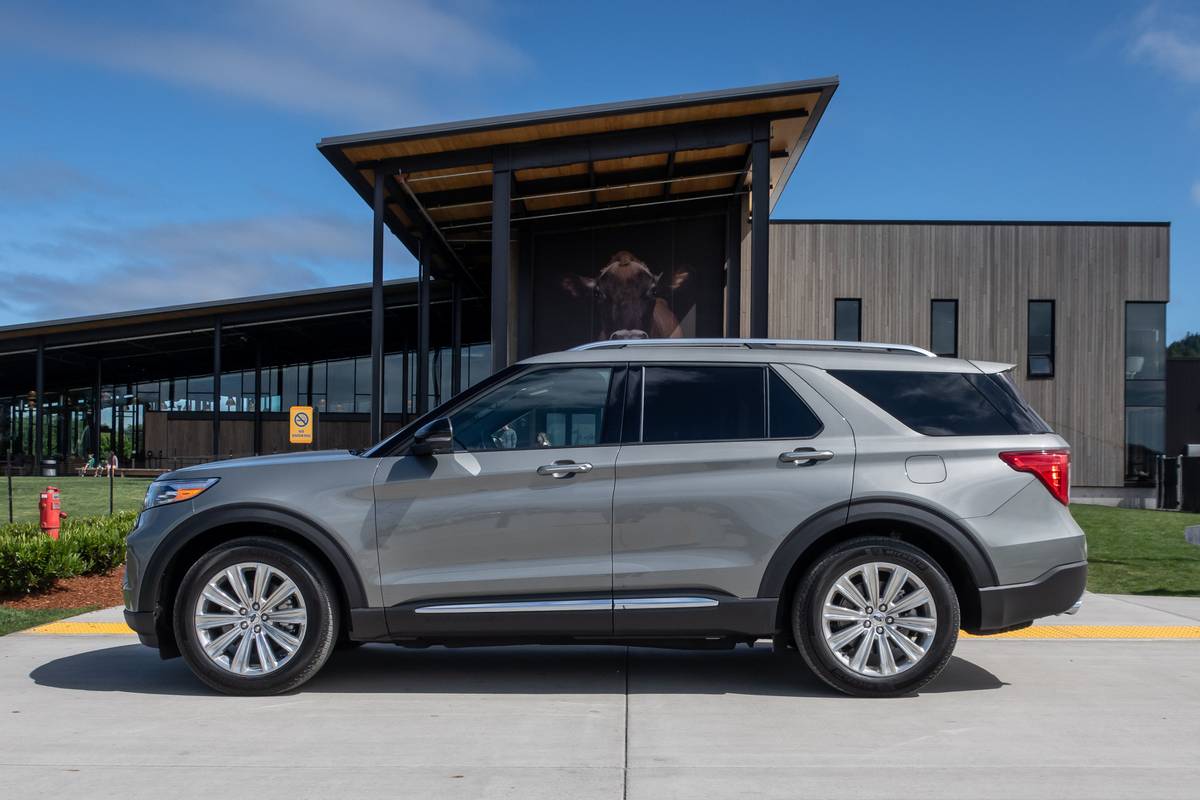 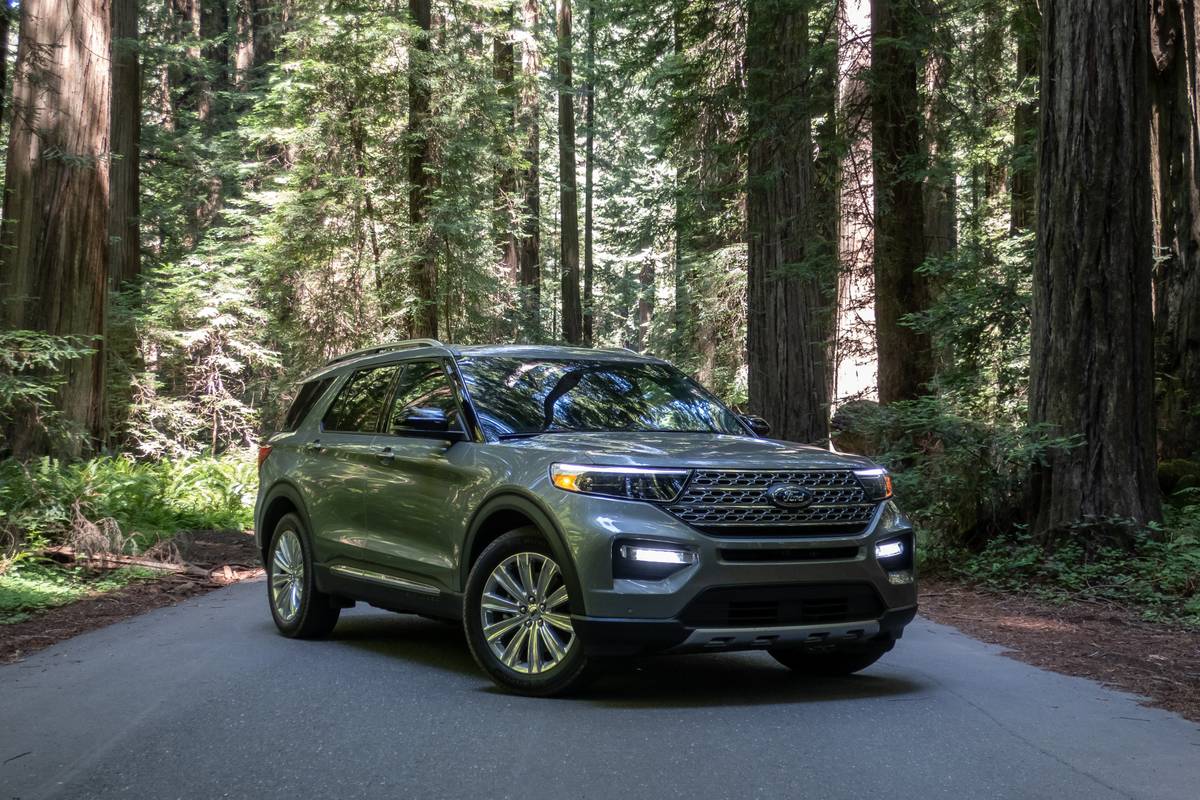 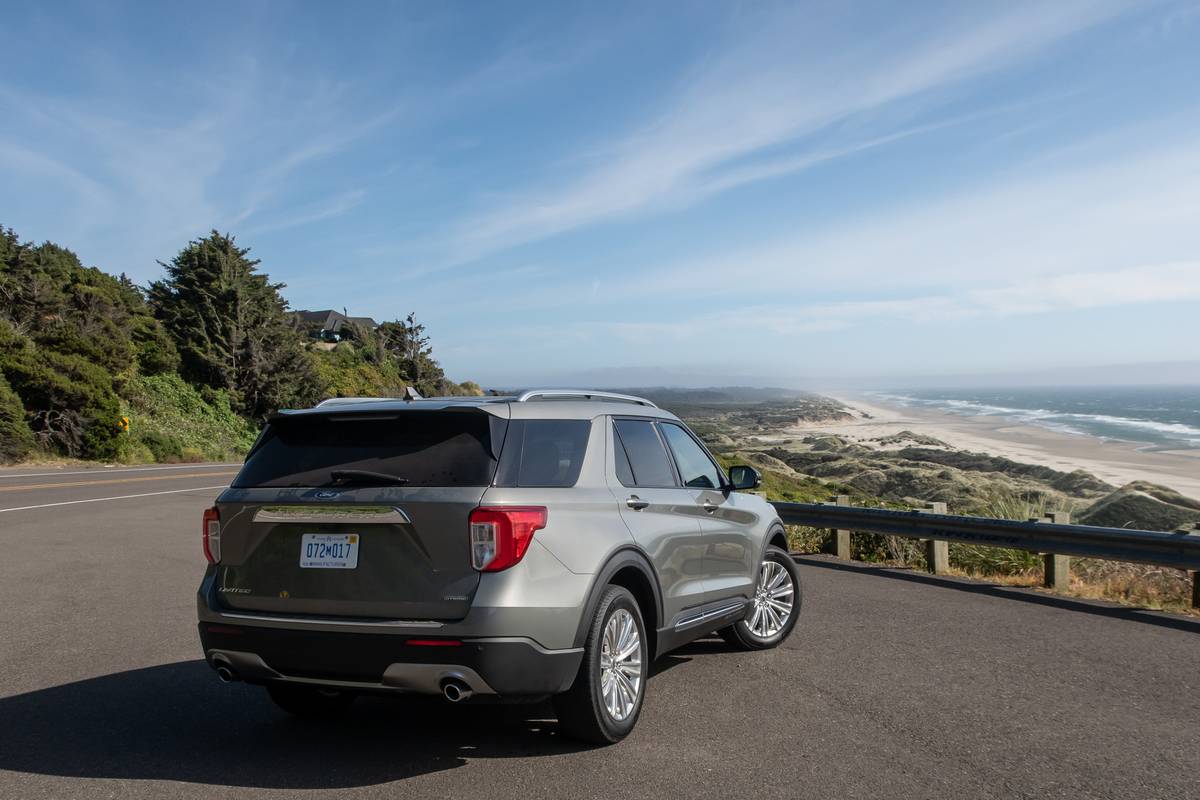 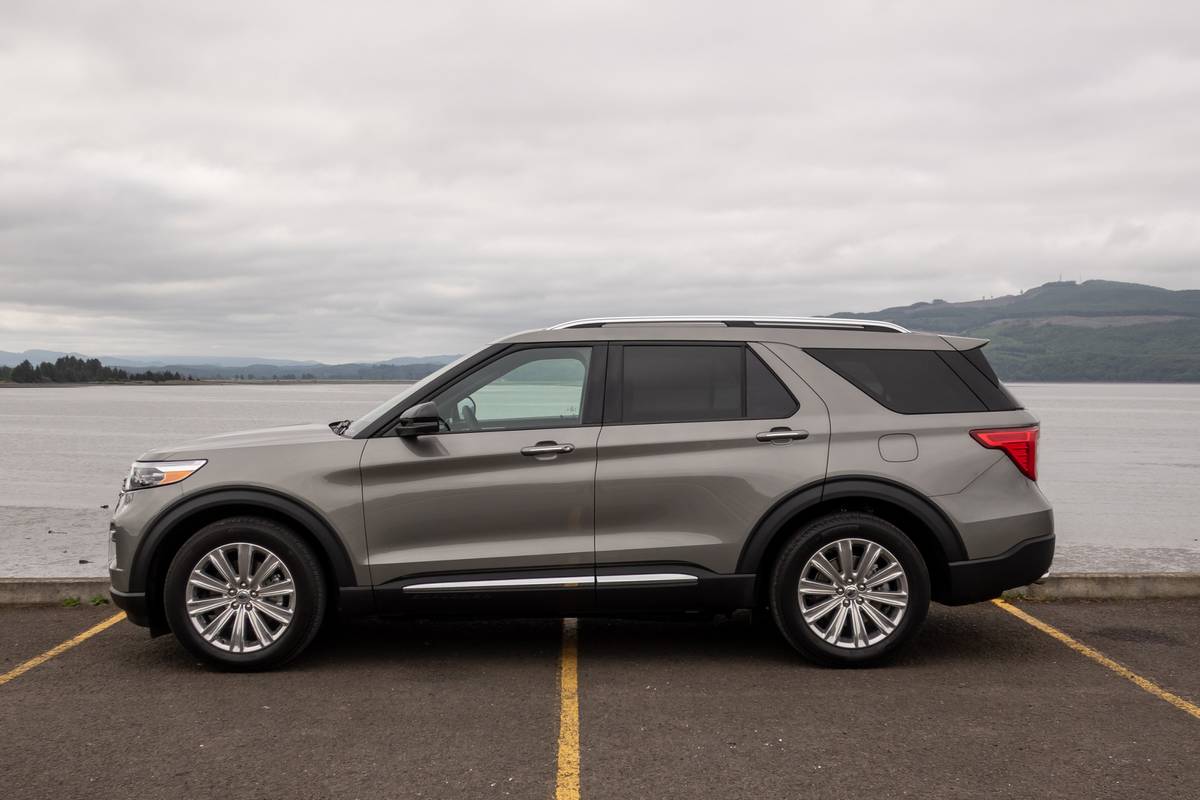 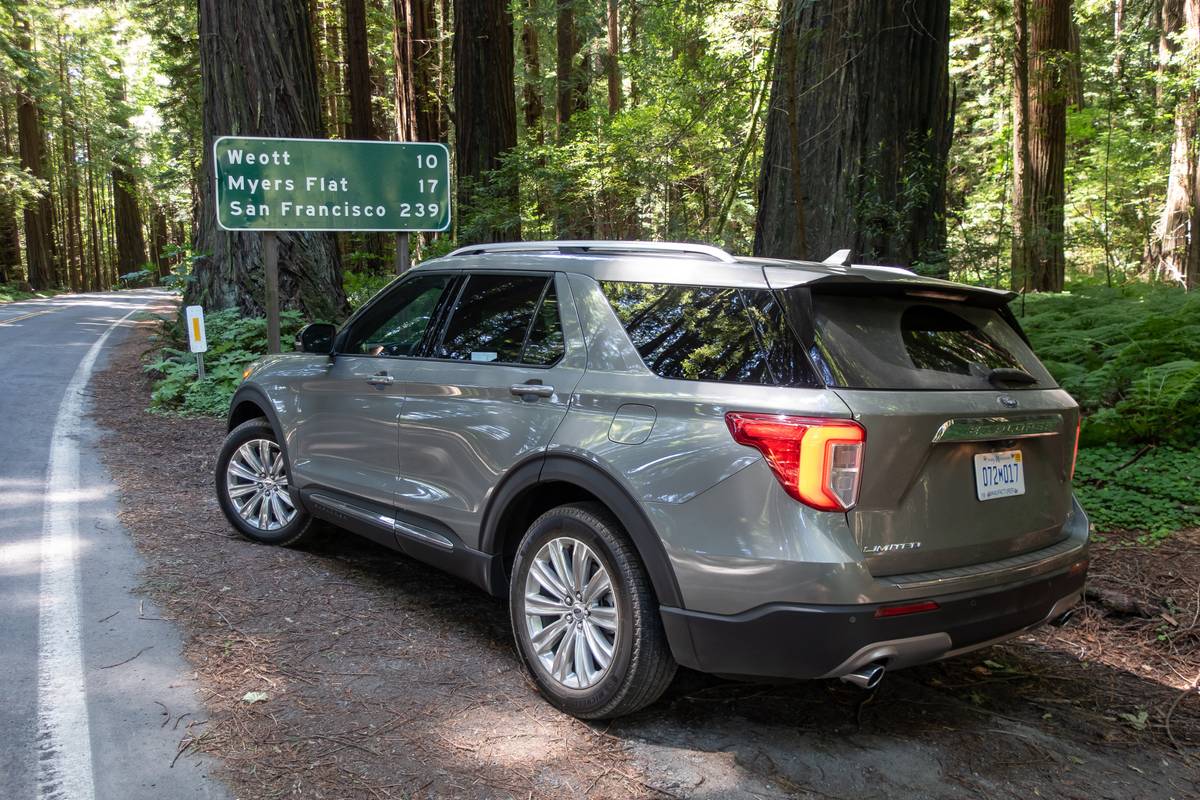 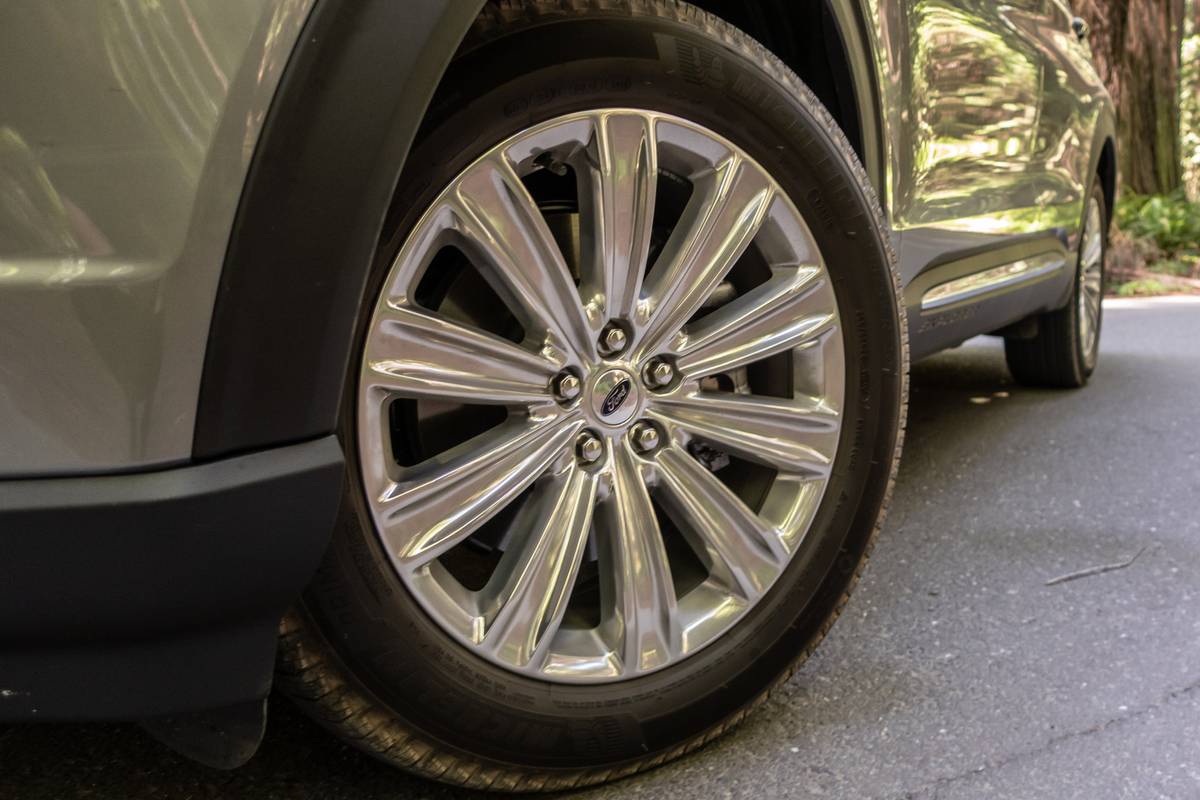 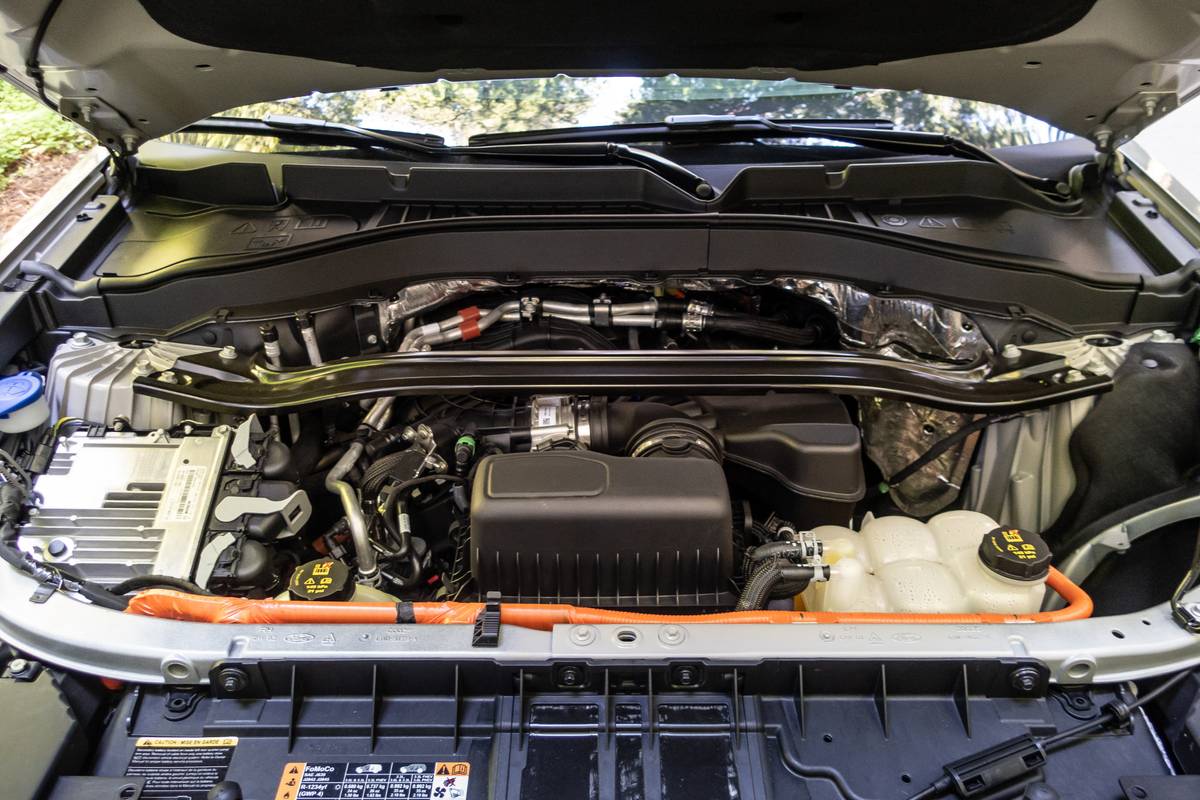 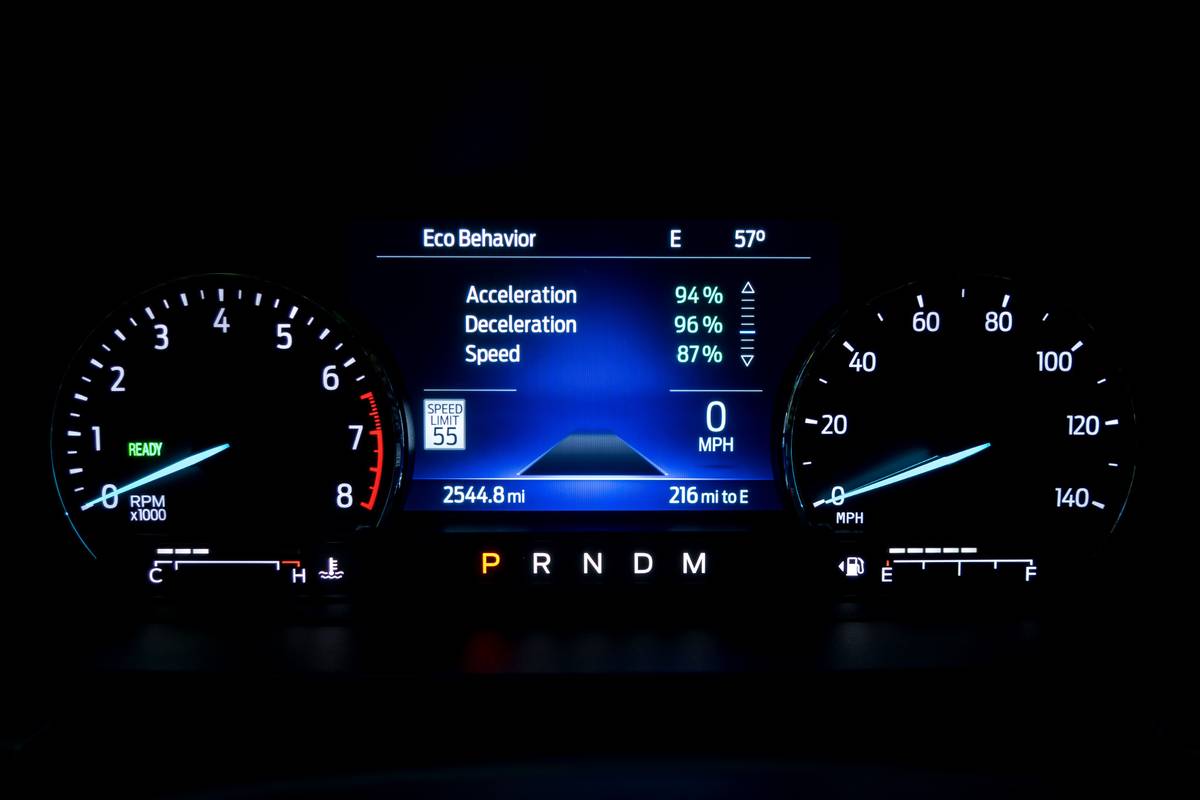 The redesigned 2020 Ford Explorer gets a long list of changes, but the biggest might be a new hybrid variant, which could bring a healthy dose of needed fuel efficiency to the three-row SUV. This makes the Explorer the second vehicle in its class to offer a hybrid model (along with the Toyota Highlander Hybrid) — an important point of differentiation in a crowded class.

There is some cleverness at play with the Explorer Hybrid: Ford added a battery and electric powertrain components without compromising the Explorer’s interior space or capability. It has the same passenger volume and cargo space as non-hybrid versions, as well as the same wading depth and ground clearance as most non-hybrid versions. The Explorer Hybrid can even tow up to 5,000 pounds when properly equipped. That’s a bit short of the non-hybrid Explorer’s 5,600-pound maximum, but it tops the Highlander Hybrid’s maximum 3,500 pounds.

Impressive as that is, one key bit of information is missing: fuel-economy figures. The EPA has yet to publish fuel-economy estimates for the Explorer Hybrid, but that will be an important part of the calculus for shoppers given the potential price premium and the fact that it’s not quite as fun to drive.

So, when Ford offered the chance to drive an Explorer Hybrid from Portland, Ore., back to Los Angeles, it seemed a good opportunity to grab some numbers on my own. I took the long way down, covering 1,180 miles along the Oregon coastline through the giant redwood forests of Northern California. It was a lot of highway driving, though many of the roads had speed limits under normal interstate speeds, so it represented a decent mix of driving.

It took four fill-ups to cover the distance, with a final fueling with about three-quarters of a tank remaining to get final figures. Over the full span, the Explorer Hybrid’s computer reported cumulative fuel economy of 24.9 mpg, while my own pump calculations totaled 23.9 mpg.

The hybrid system is pretty mild and it’s hard to get the SUV to launch on electric power alone even if you’re light on the gas. But electric-only power does kick in from time to time even at speeds of around 40 mph, especially when coasting. A glance at the tachometer shows rpm at zero; then the engine fires back on when you return to the gas. The computer also tracks how many all-electric miles the Explorer Hybrid travels over a given period. In my trip, all-electric travel totaled 139 miles, or about 12 percent of the distance I covered.

The figures don’t bode well for the Explorer Hybrid when you compare it to EPA estimates for the 2020 Explorer with the base engine, a turbocharged 2.3-liter four-cylinder. The EPA rates 2.3-liter models at 21/28/24 mpg city/highway/combined with rear-wheel drive, while all-wheel drive bumps everything down 1 mpg. The EPA rates the Explorer’s optional turbocharged 3.0-liter V-6 — the most fun to drive of the powertrains by far — at 18/24/20 mpg.

The Explorer Hybrid I tested paired a naturally aspirated 3.3-liter V-6 with an electric motor and RWD, which put the numbers we observed pretty much in line with EPA estimates for the base engine — a troubling sign given the potential added cost and uneven performance. It also doesn’t look good compared to the forthcoming 2020 Highlander Hybrid, which Toyota estimates will get 34 mpg combined.

Any Changes of Opinion?

The roads that I drove were mostly well-maintained and smoother than those around Portland where I initially tested the Explorer Hybrid. I observed less tire noise and a smooth overall ride, but on any kind of rough roads, things get noisy fast.

I still noticed a bit of hesitation in low-speed acceleration, too. The Explorer Hybrid lags off the line, with a recurring secondary hesitation at about 5-10 mph. The latter seems to come around the transition between electric and engine power. Sport mode helped this on our initial drive, as did Trail mode, which leans more heavily on the gasoline engine. But for the mileage drive, I kept the Explorer Hybrid in its normal driving modes the whole time for testing purposes.

I eventually adapted to the regenerative brakes and could stop more smoothly if I remembered. I wasn’t as intentional a few times and the Explorer jerked to a stop. Let off the accelerator or brake slowly into a stop and the brakes feel quite seamless, but if you stop hard at a light or a stop sign, the Explorer Hybrid can get bouncy.

The 2020 Ford Explorer Hybrid is a good enough travel companion. It’s comfortable over long trips, and the safety systems (lane-centering steering, adaptive cruise control) work seamlessly to help ward off fatigue. But the apparent lack of separation on fuel economy between the Explorer Hybrid and non-hybrid makes it tougher sell. The prospect of the base engine, with its associated savings, plus better tires and more predictable acceleration, is quite appealing. Ford may have built an uncompromised hybrid model, but a few compromises to improve fuel efficiency might increase its appeal.