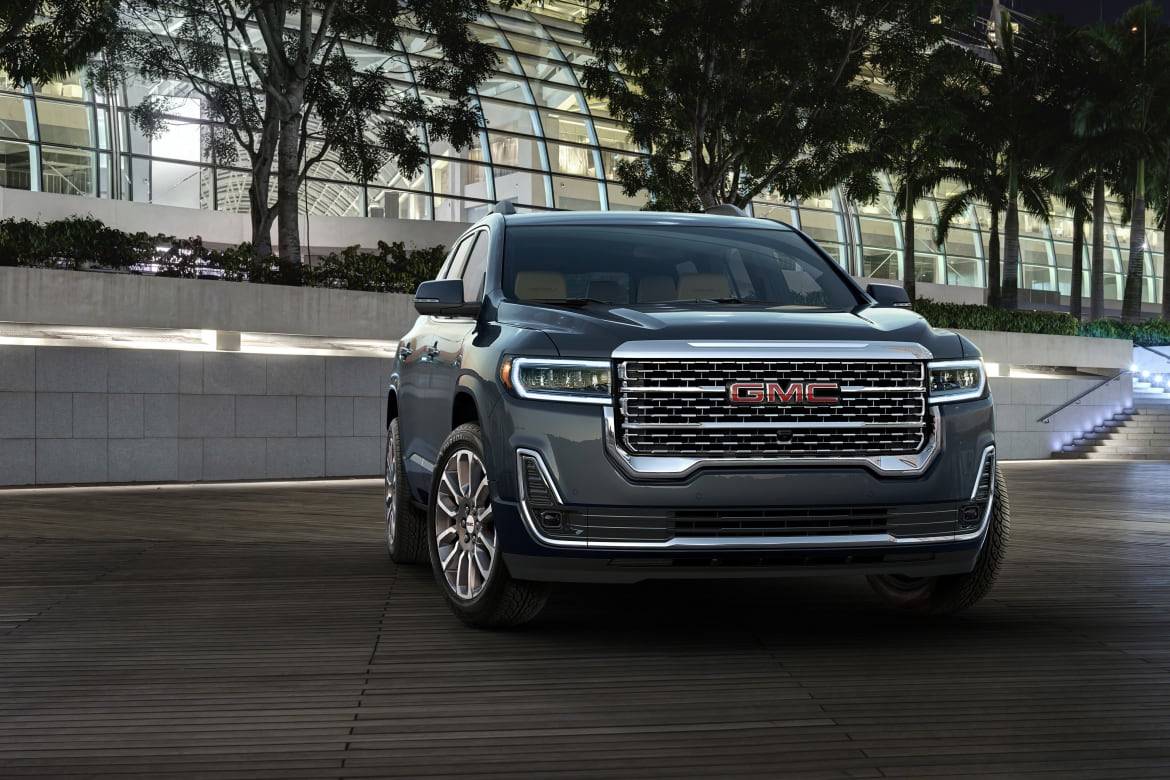 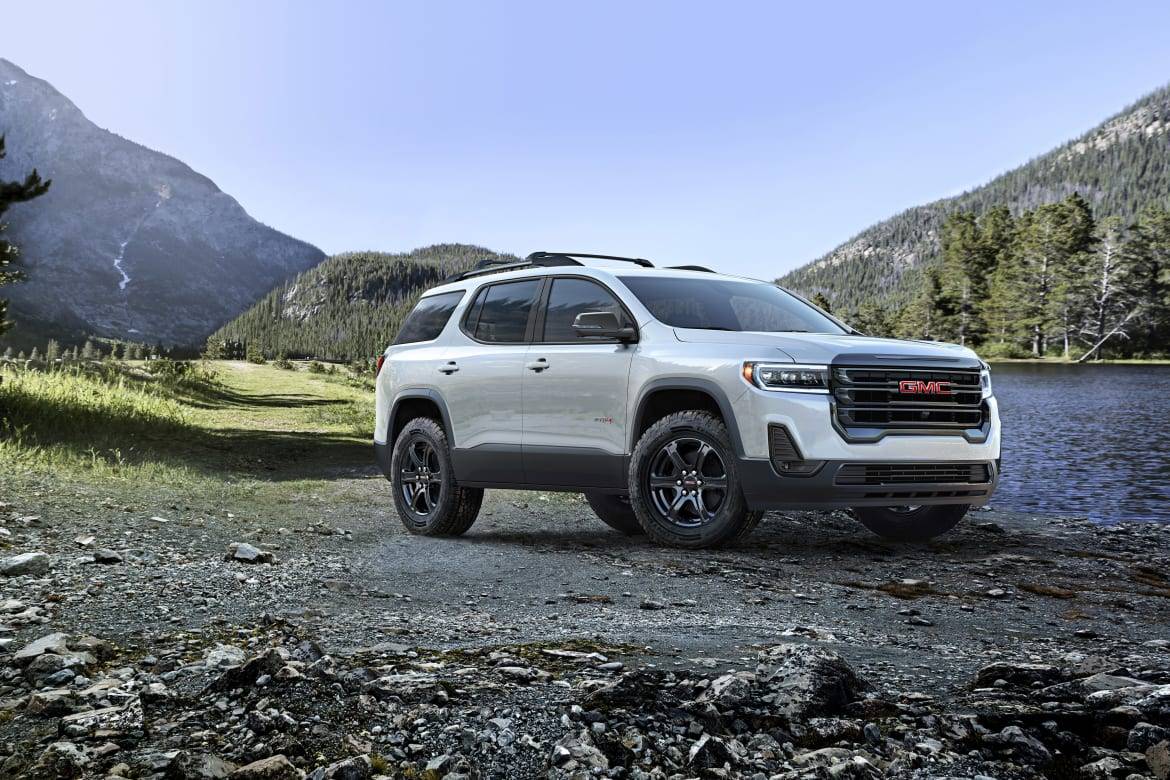 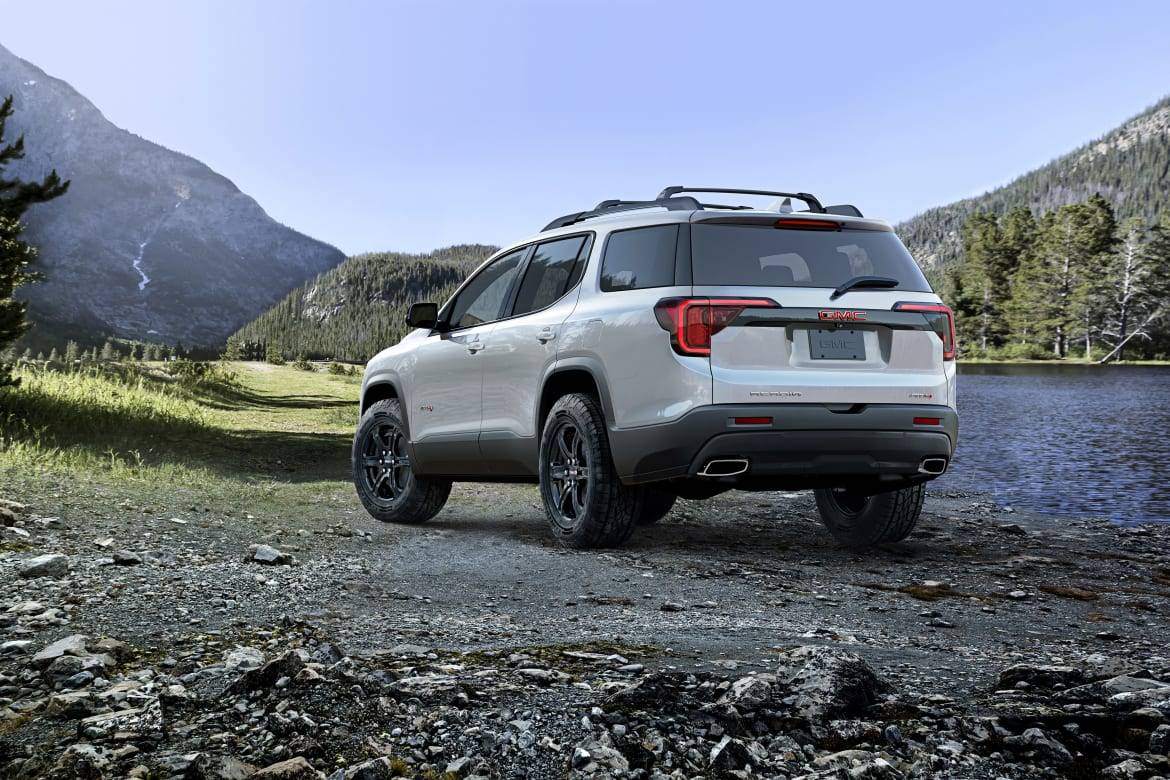 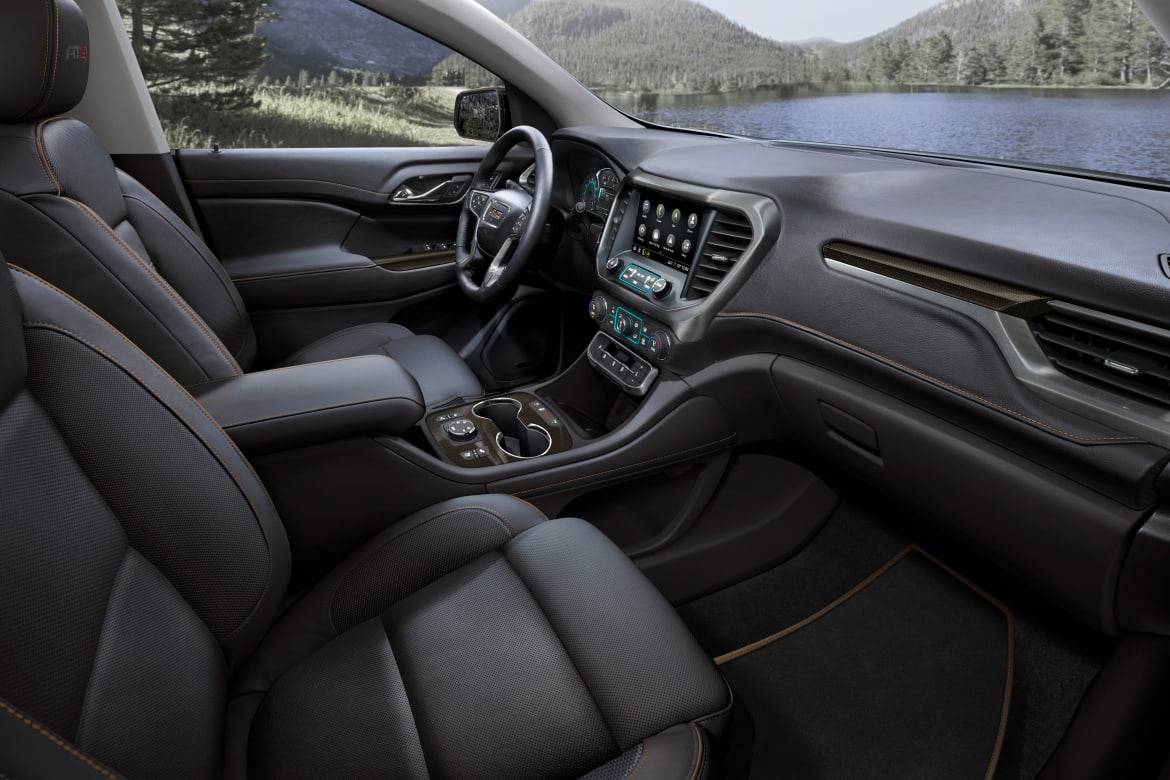 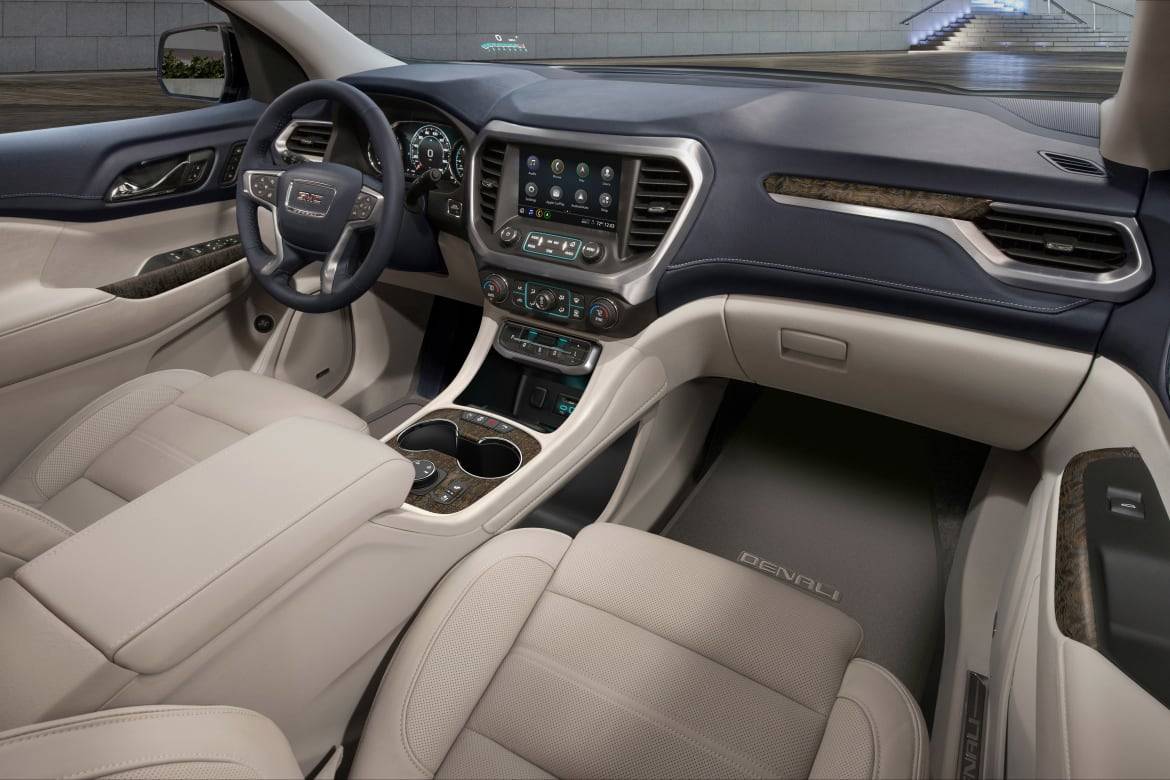 The GMC Acadia has a lot of changes for 2020, the current generation’s fourth model year. Chief among them are a new transmission and newly available turbo engine, along with tweaked styling and updated technologies. Trim levels are the SLE, SLT, AT4 and Denali, with the AT4 a replacement for last year’s All Terrain Package. As before, the SUV seats five or, with an available third row, up to seven.

Styling changes are myriad, if subtle. The grille is a little boxier and so are the headlights, with no more wraparound portion along the front fenders. The lower bumper has been rejiggered with new, more vertical openings at the outboard edges. In back, the taillights have taller outboard sections that look similar to those on the Honda Pilot, while the tailpipes ditch last year’s circular design for an oblong layout. AT4 editions have a darkened grille and darker lower body panels, similar to what last year’s All Terrain added. Denali editions, meanwhile, wrap the front-bumper portals in a ribbon of brightwork — also similar to before, though in a different shape for 2020.

GMC claims suspension refinements for 2020, which might improve on the bouncy, somewhat firm ride we’ve observed with the Acadia’s All Terrain Package. Under the hood, the Acadia gets a newly available turbocharged 2.0-liter four-cylinder with 230 horsepower and 258 pounds-feet of torque. It slots between the SUV’s carryover base and top engines, both non-turbo: a 2.5-liter four-cylinder (193 hp, 188 pounds-feet) and 3.6-liter V-6 (310 hp, 271 pounds-feet).

All three engines drive a new nine-speed automatic transmission, up three cogs versus the previous six-speed automatic. You pick those gears through a new pod of center-stack buttons, which replace the 2019’s conventional forward-backward gear selector. The setup mimics what’s in the Terrain, a layout that’s drawn mixed opinions from Cars.com editors. The Acadia’s buttons eat up some space in the storage cubby ahead of the cupholders, but GMC giveth what it taketh away — and then some — with a new, large bin below the console.

As before, the Acadia offers Apple CarPlay and Android Auto integration. New for 2020 are two USB-C ports in the center console. They join three USB-A ports — where the Acadia maxed out before — scattered throughout the cabin. Also newly available is 15-watt wireless smartphone charging. Other options include a digital high-definition backup camera and camera-based smart rearview mirror.

The Acadia goes on sale in the fall; expect pricing closer to launch.

10 Biggest News Stories of the Week: Toyota Prius Gets Owned by Used Teslas