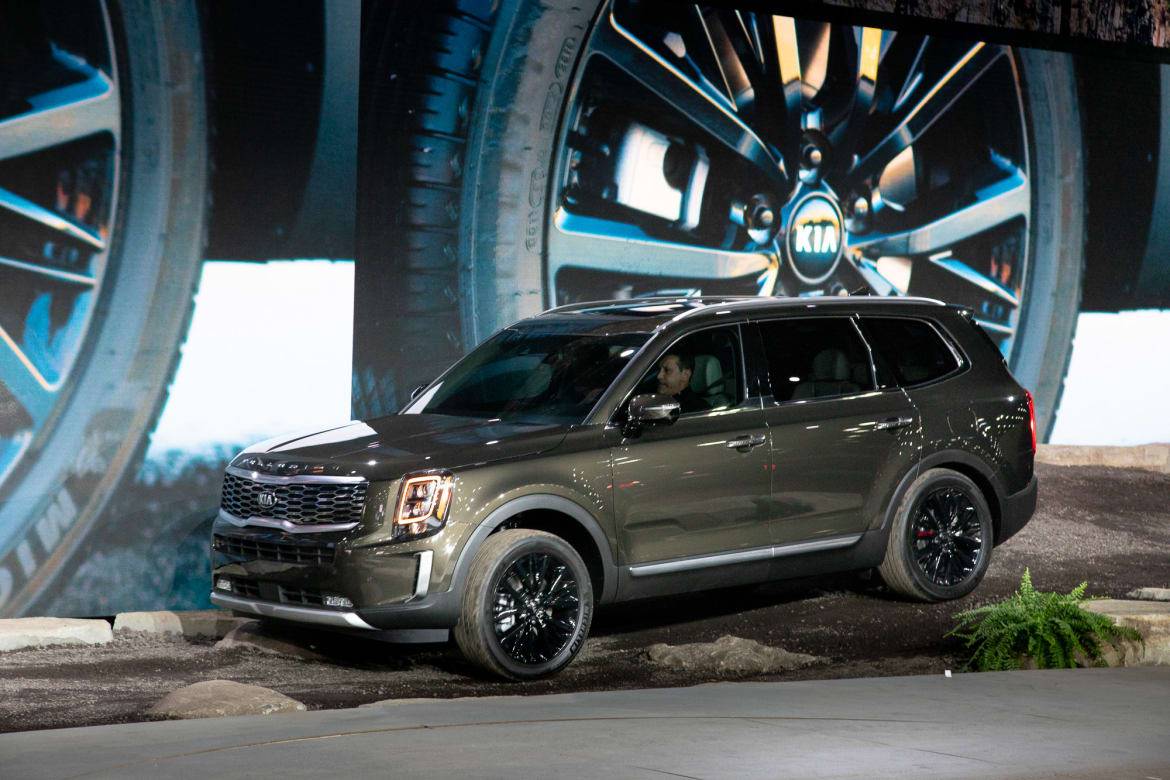 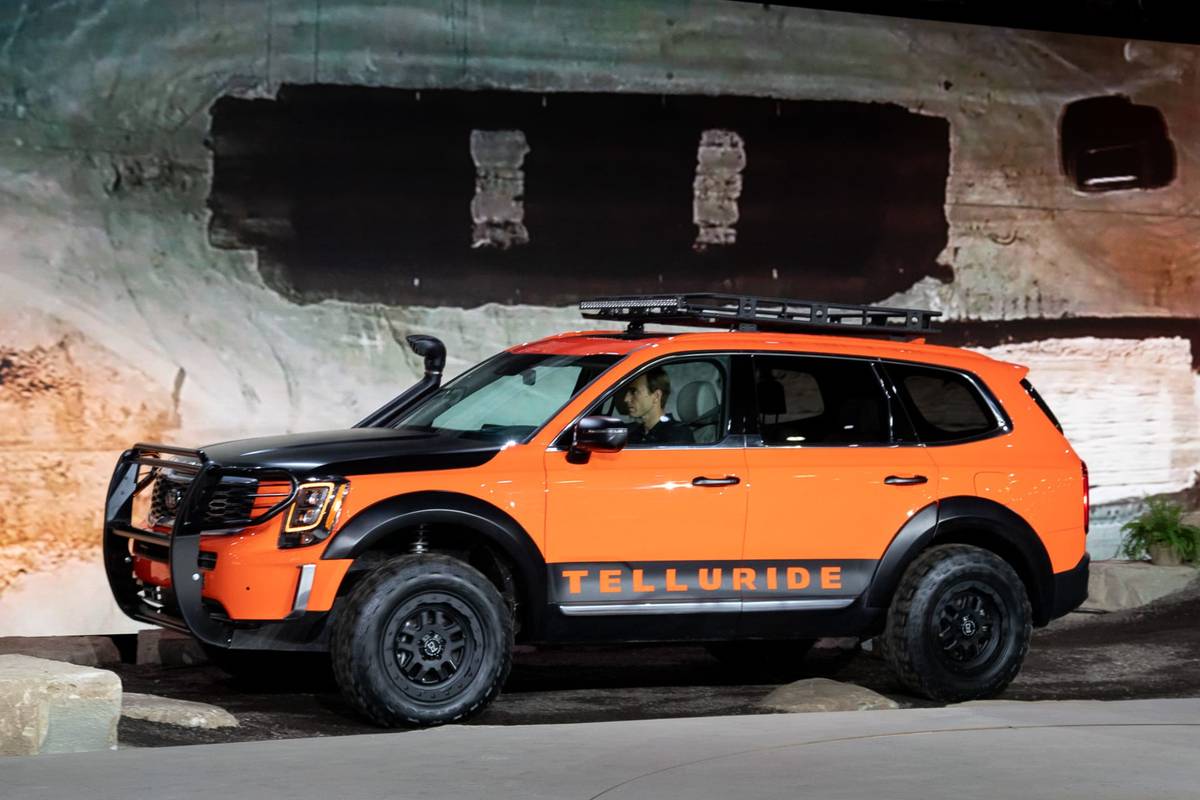 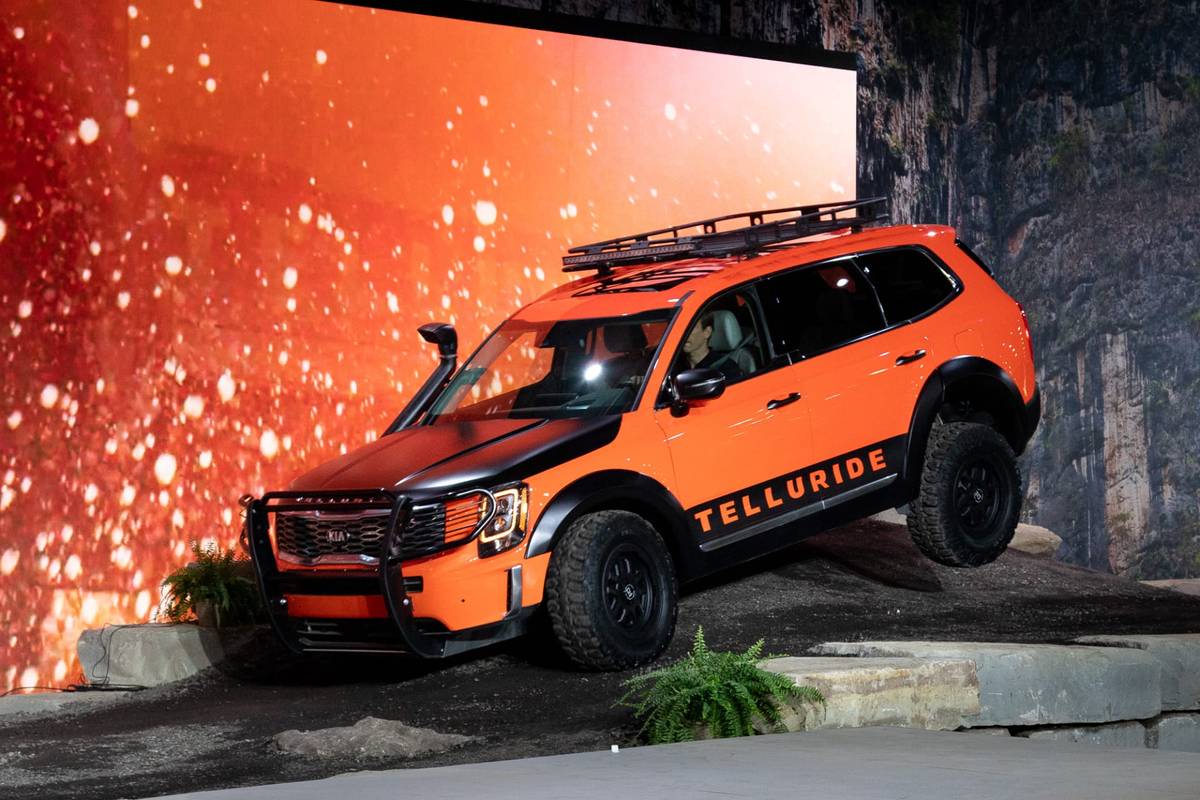 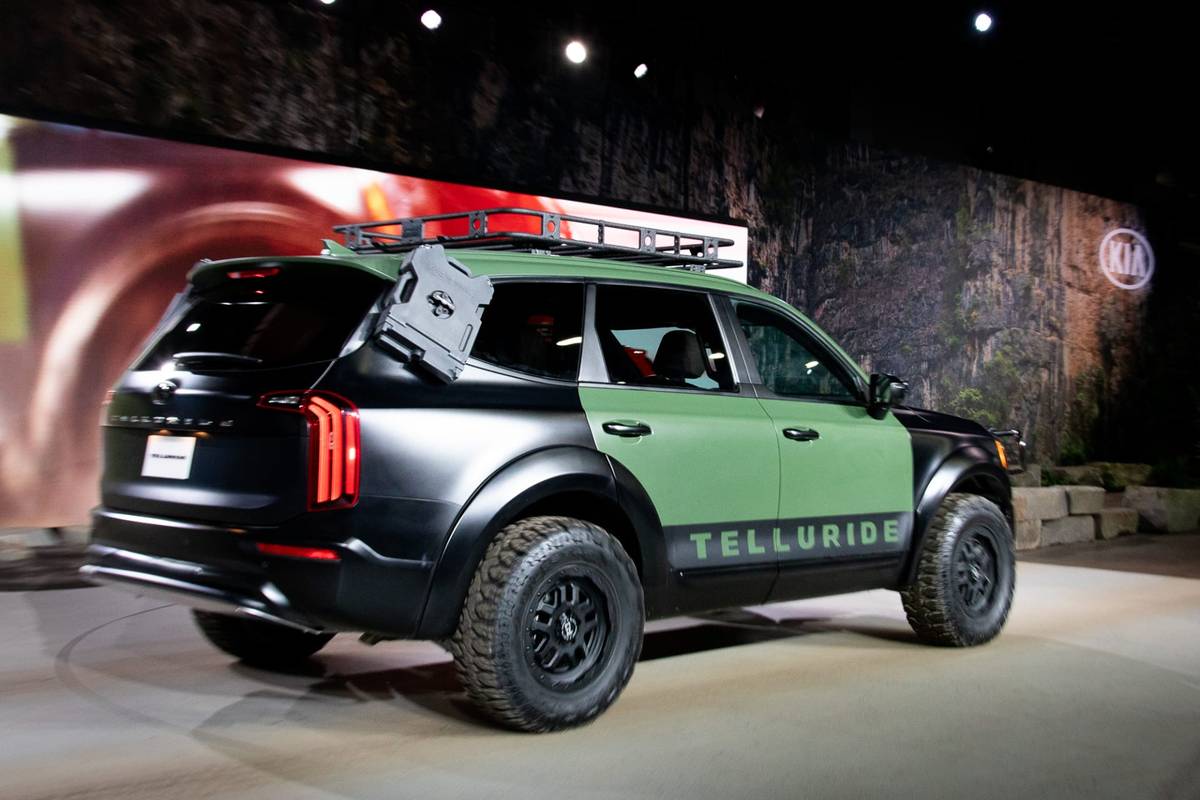 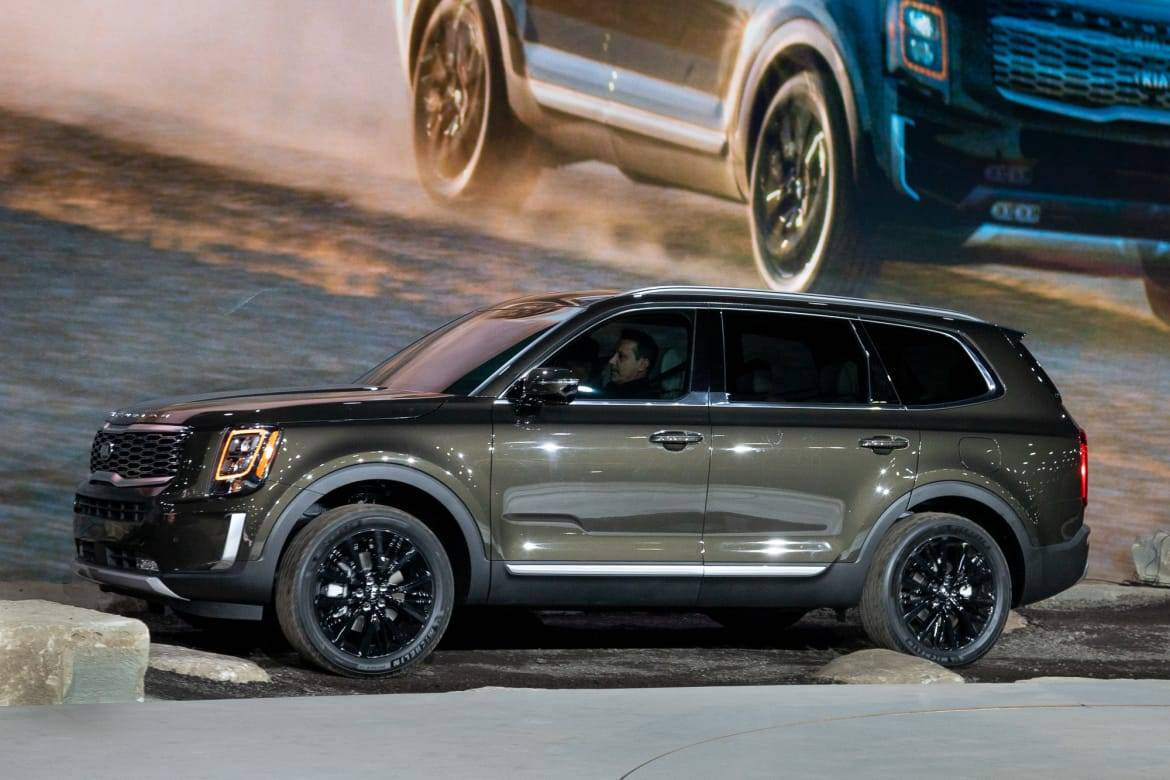 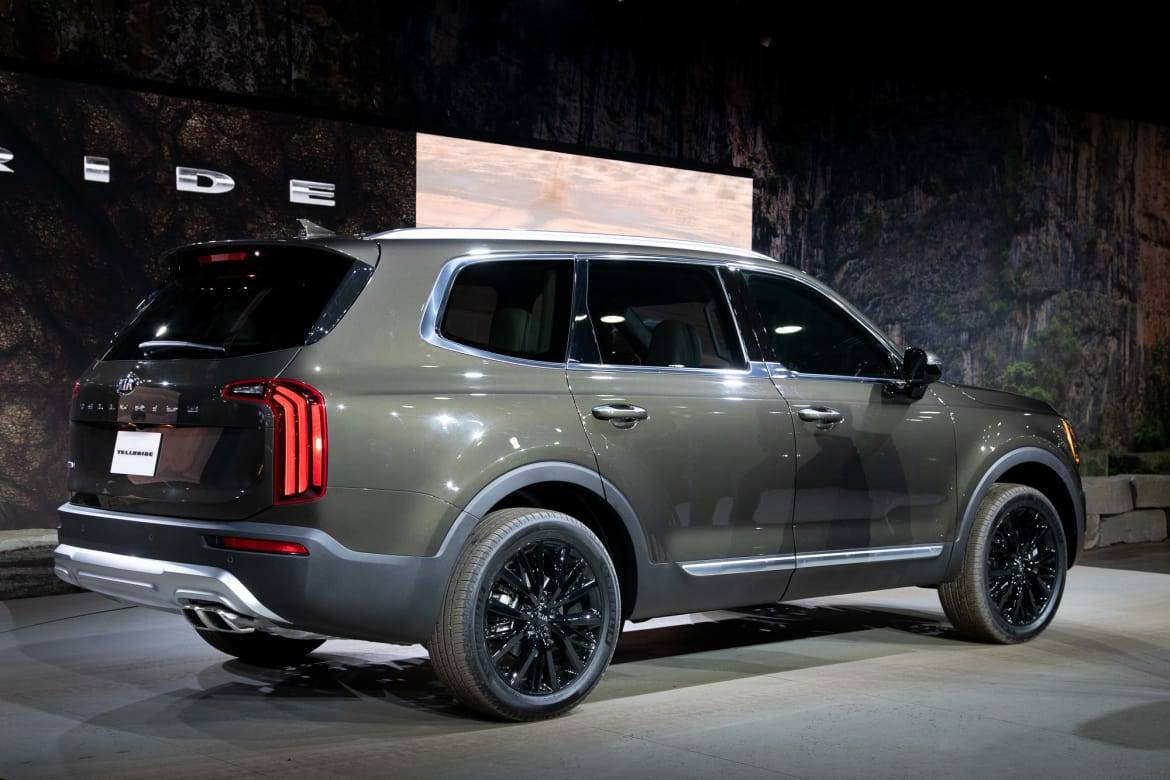 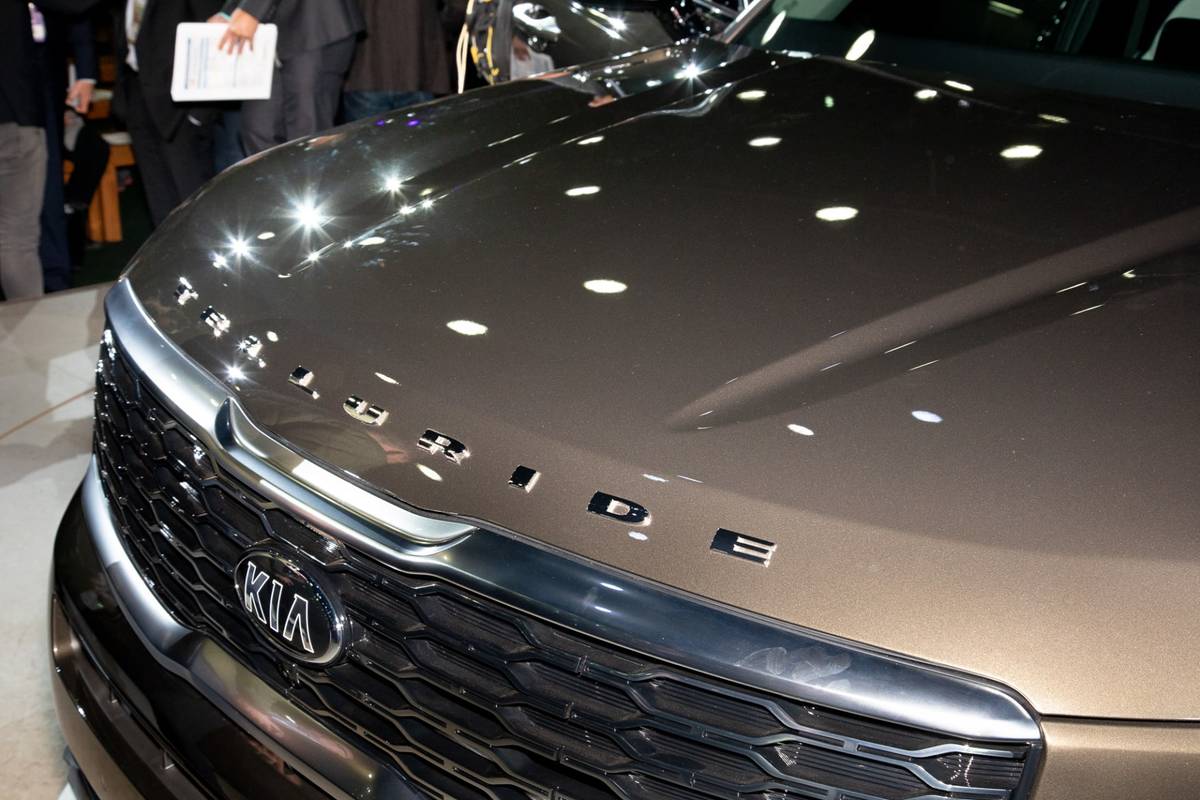 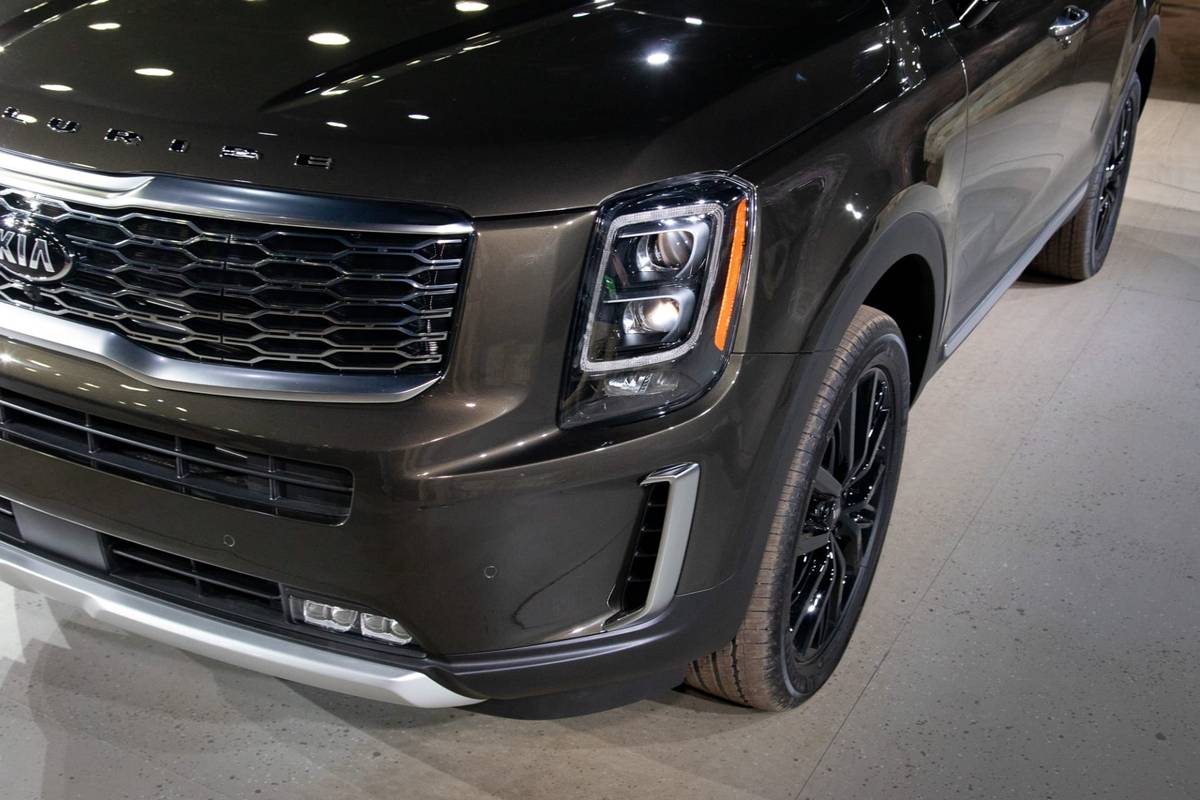 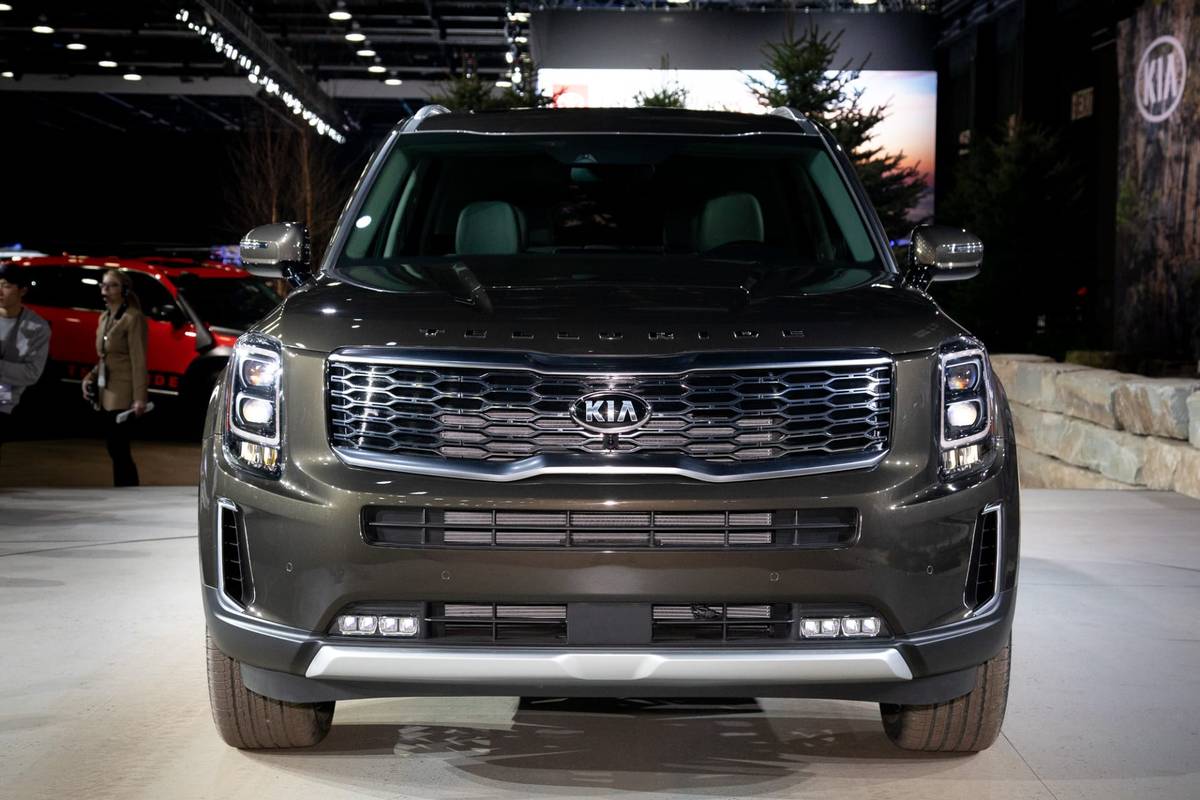 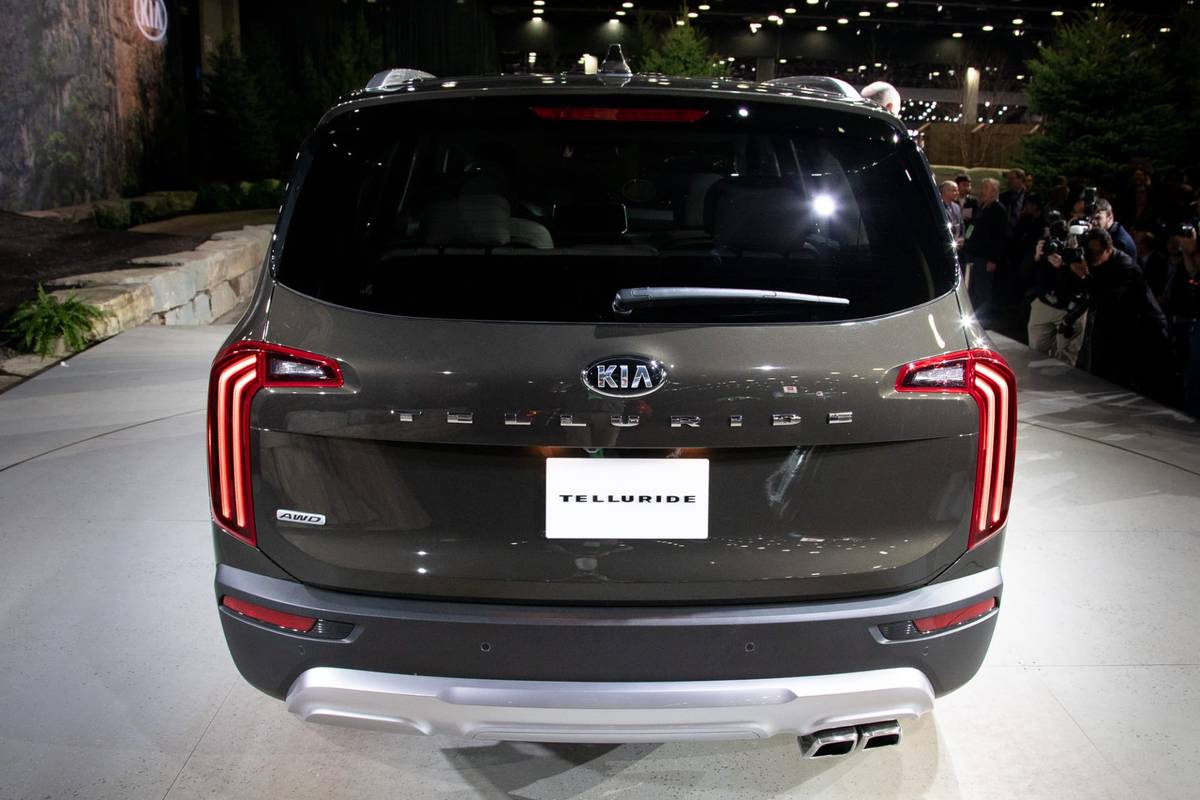 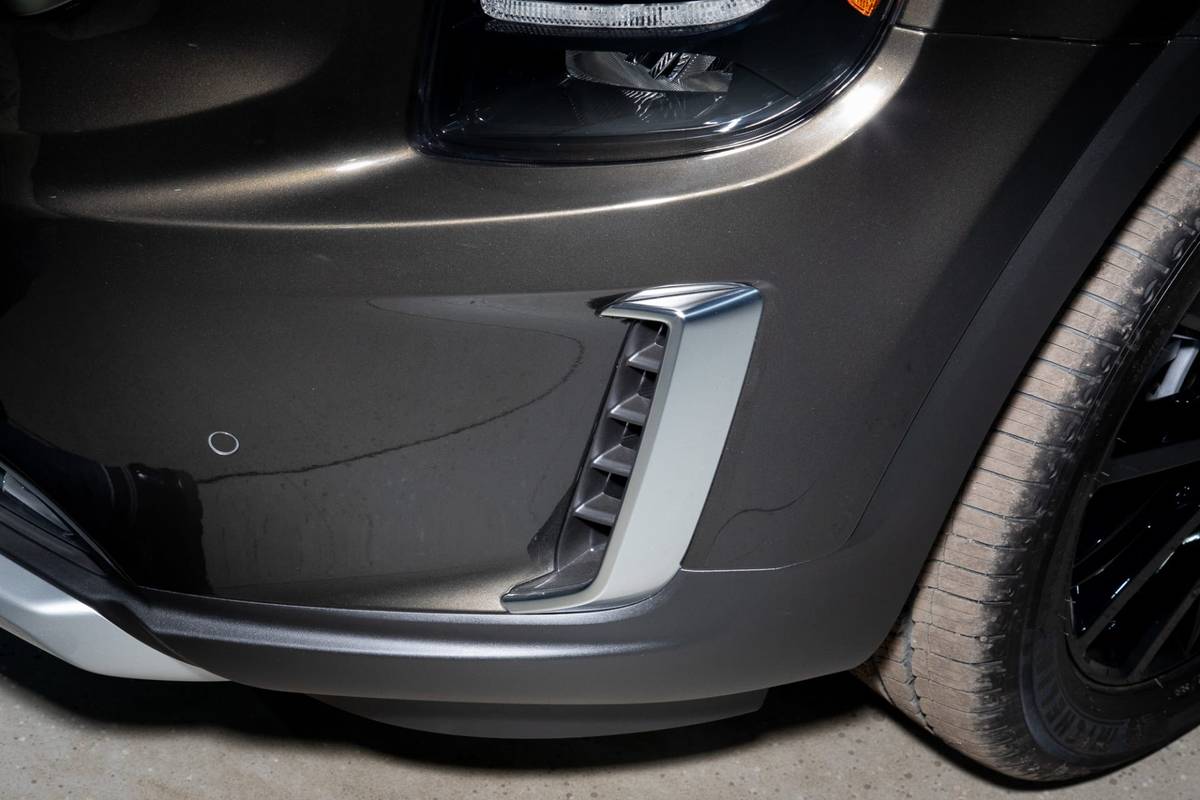 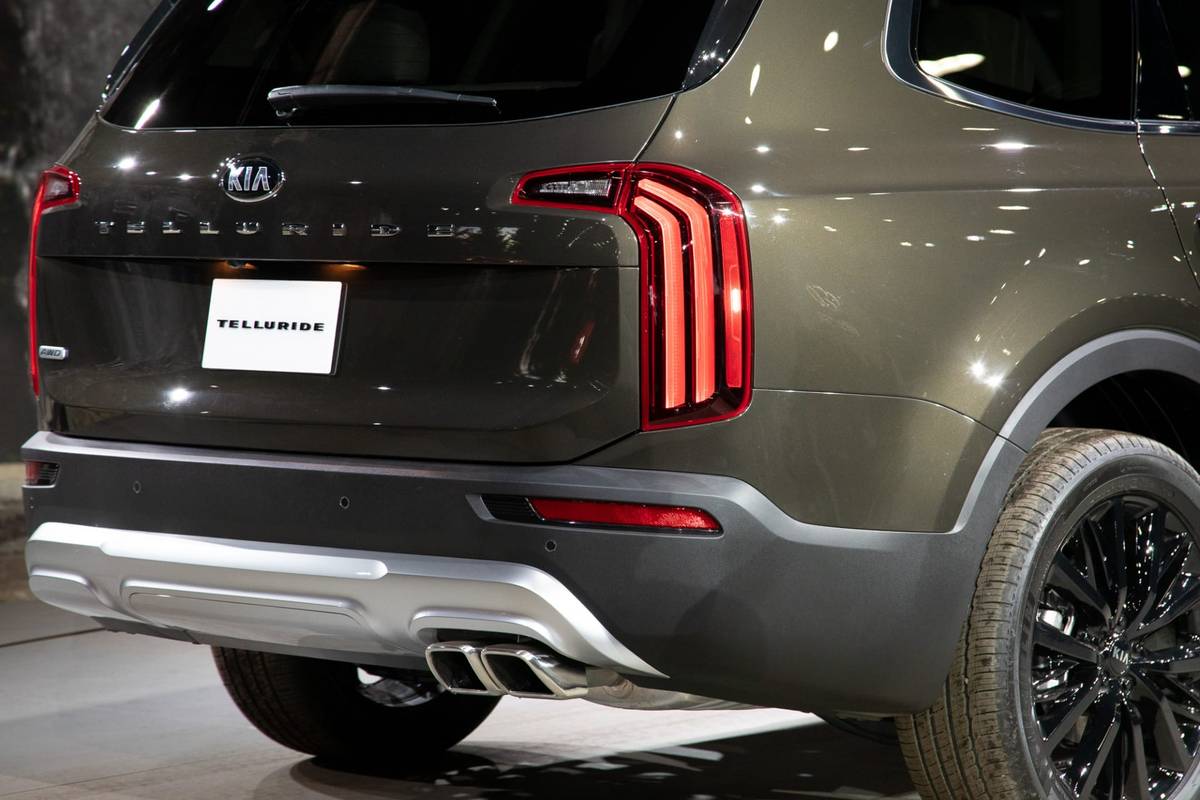 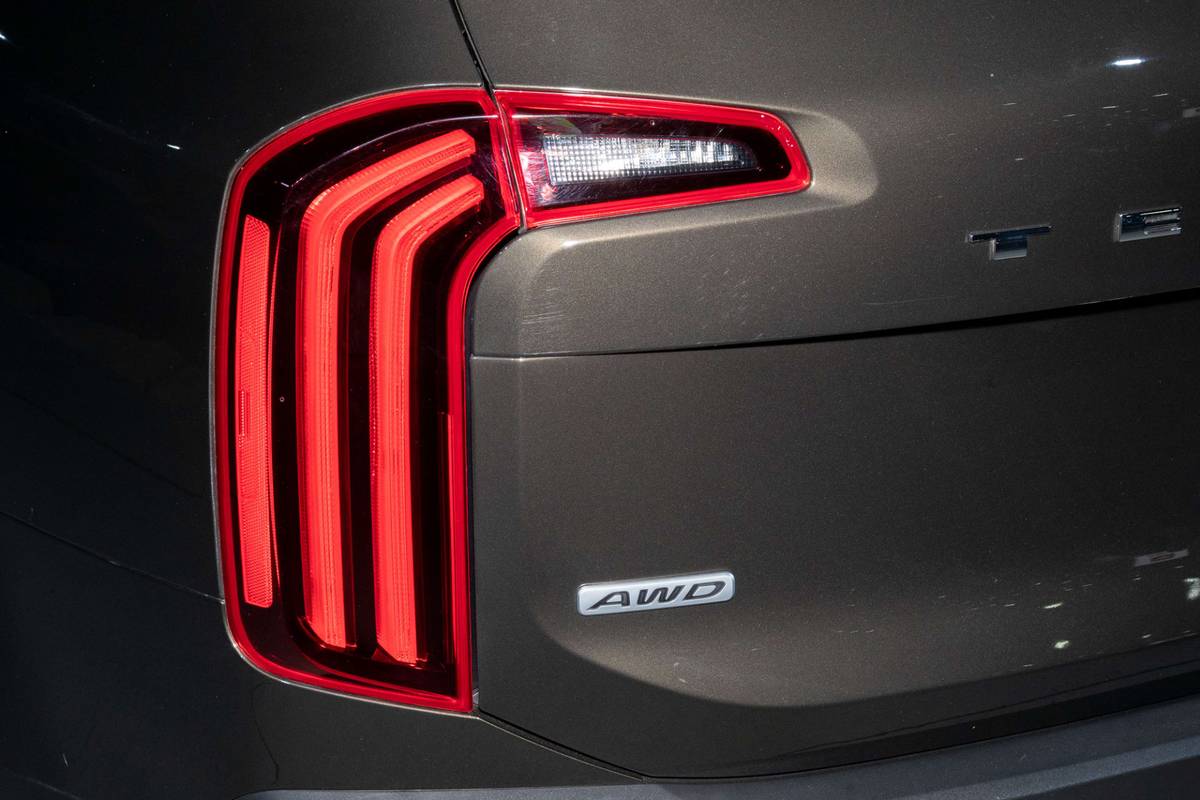 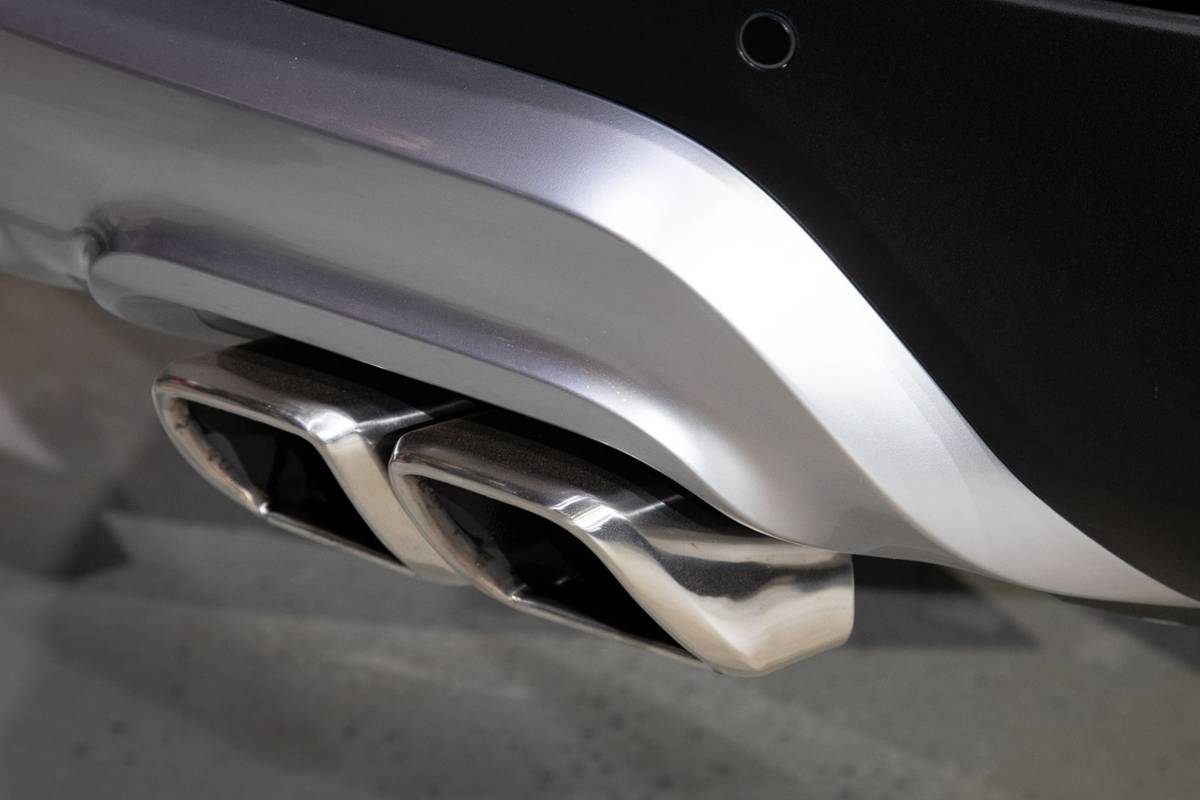 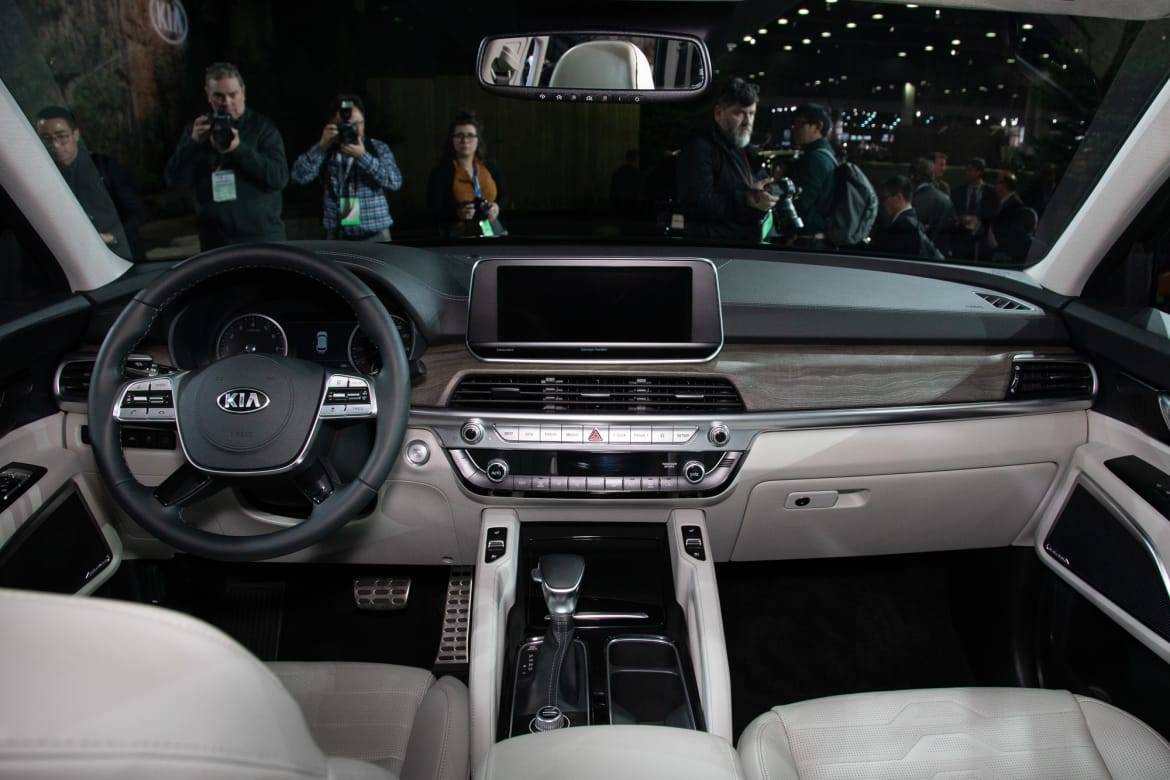 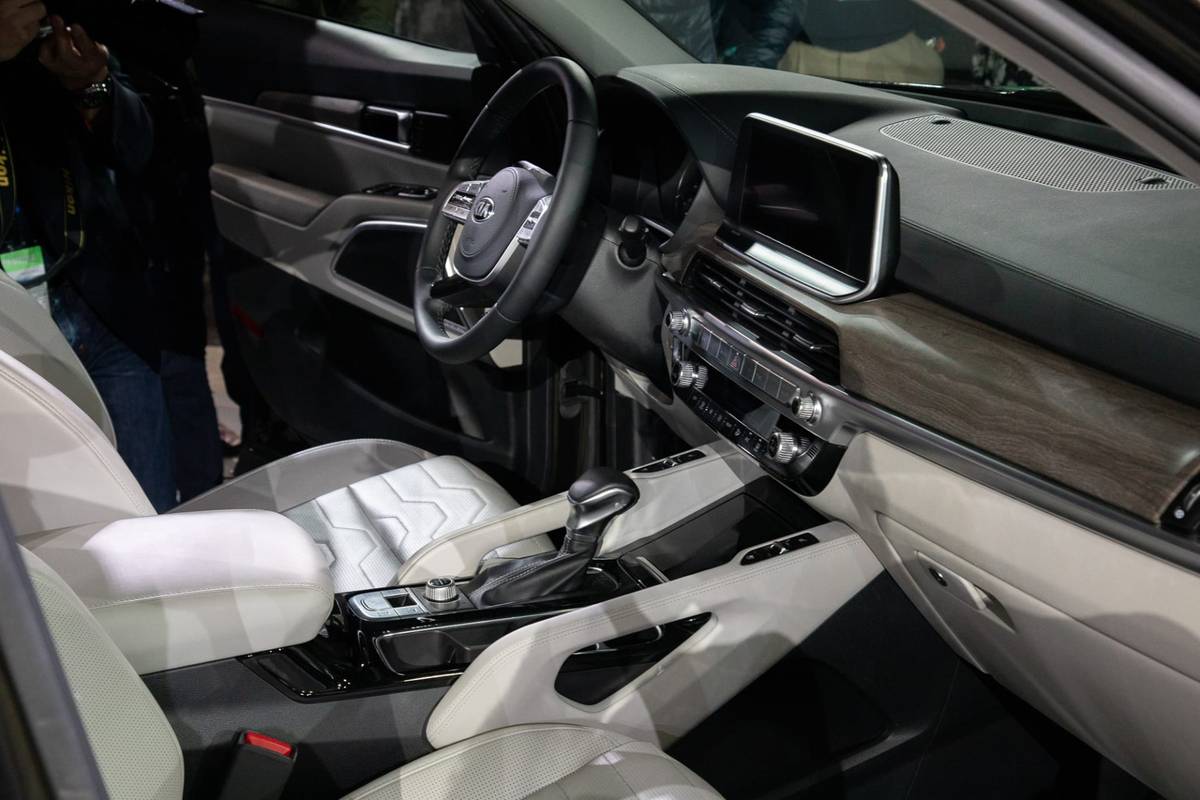 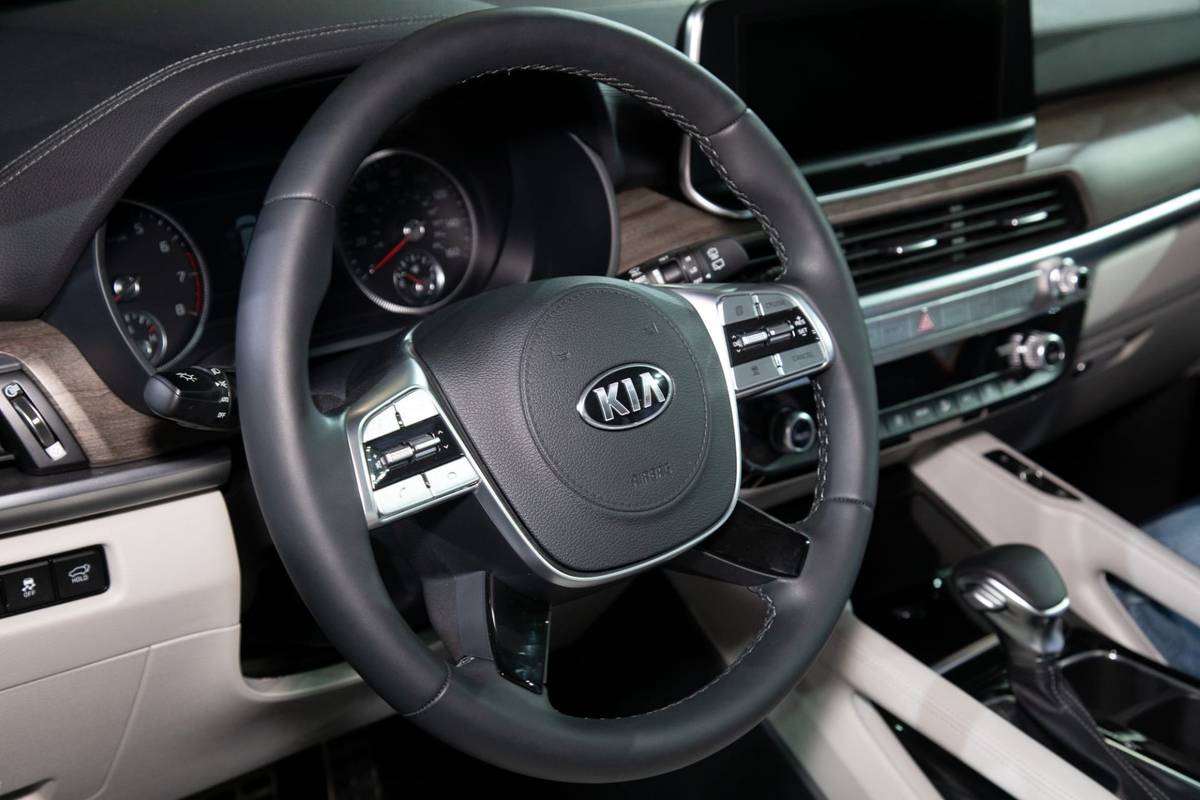 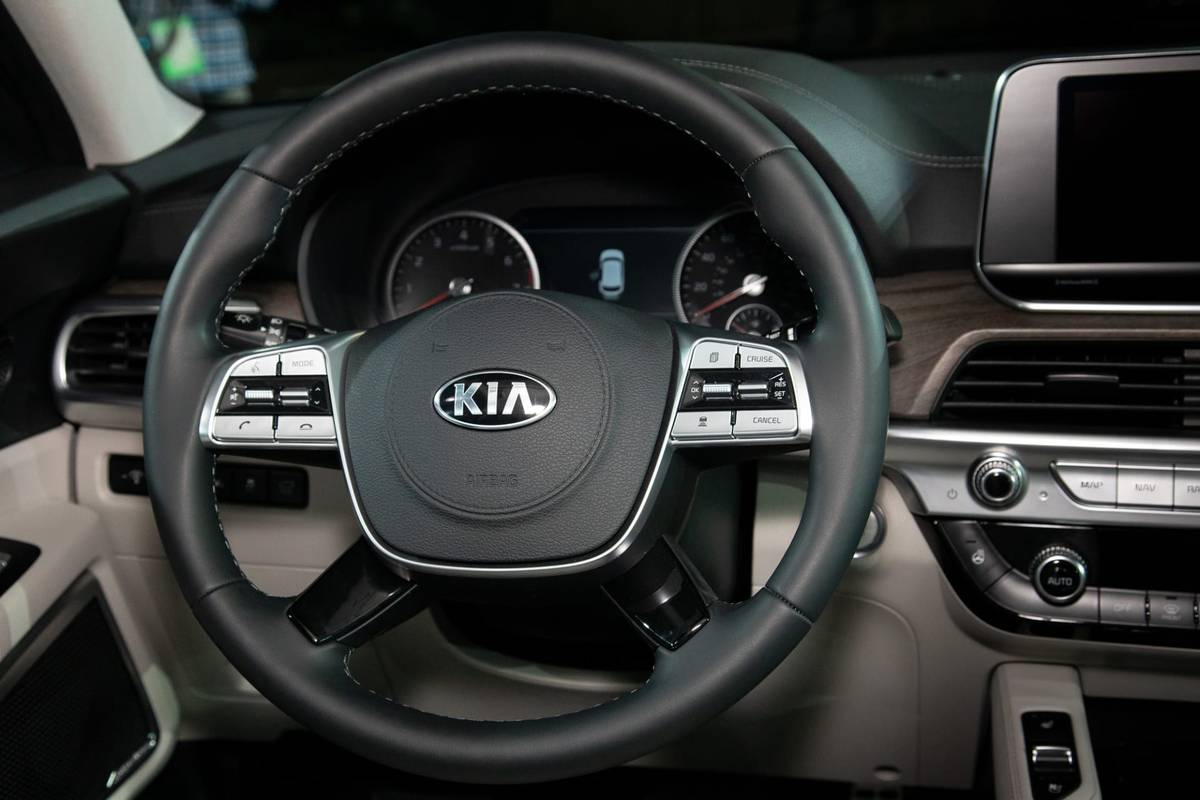 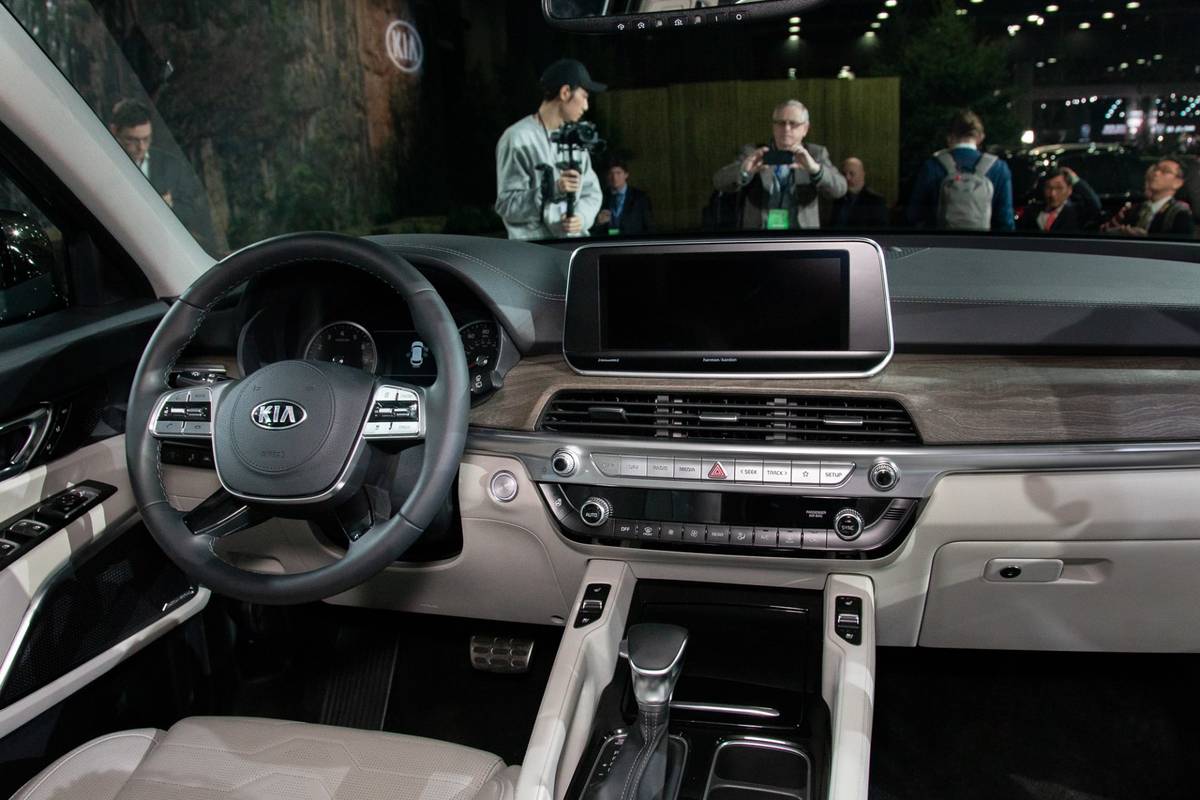 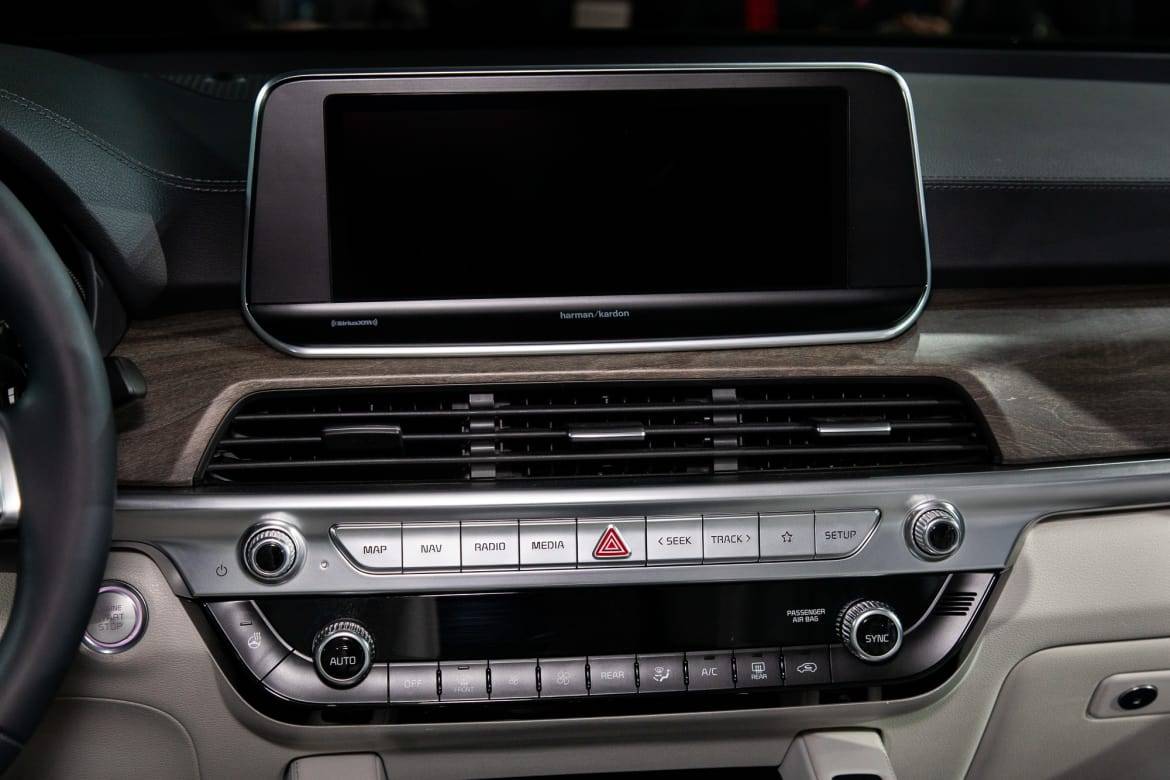 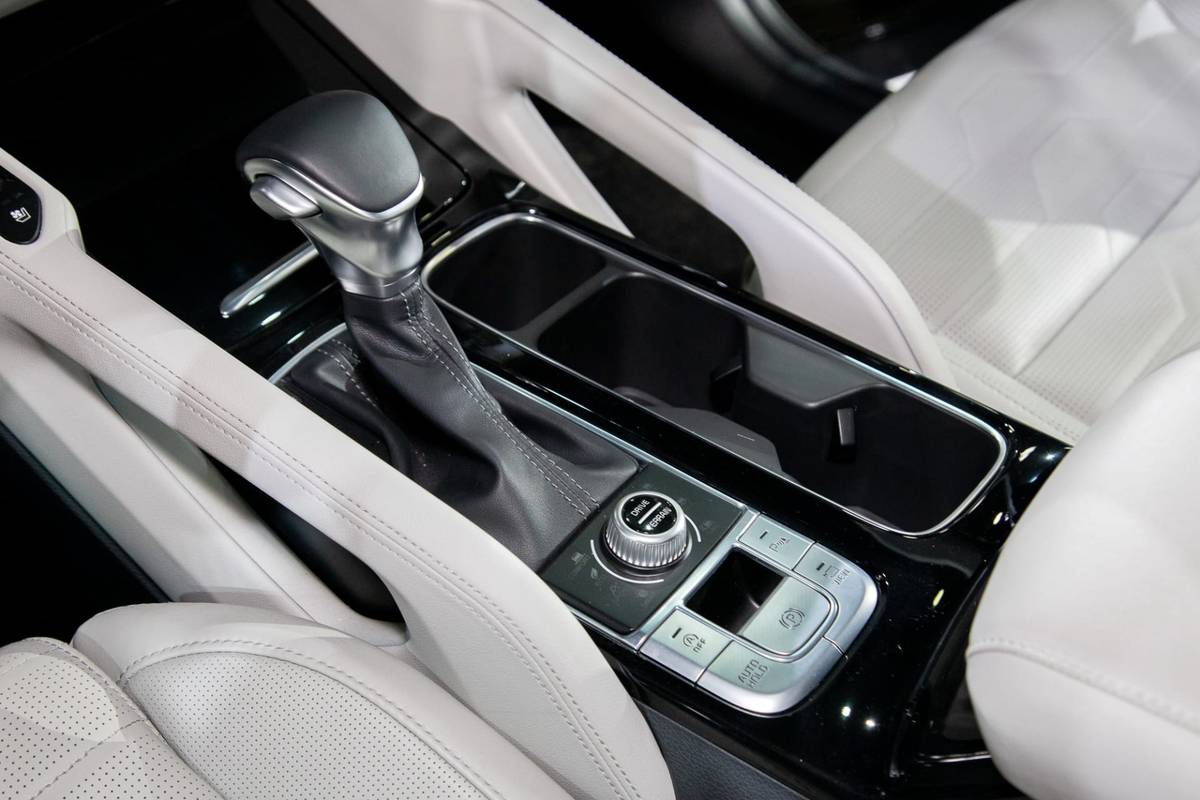 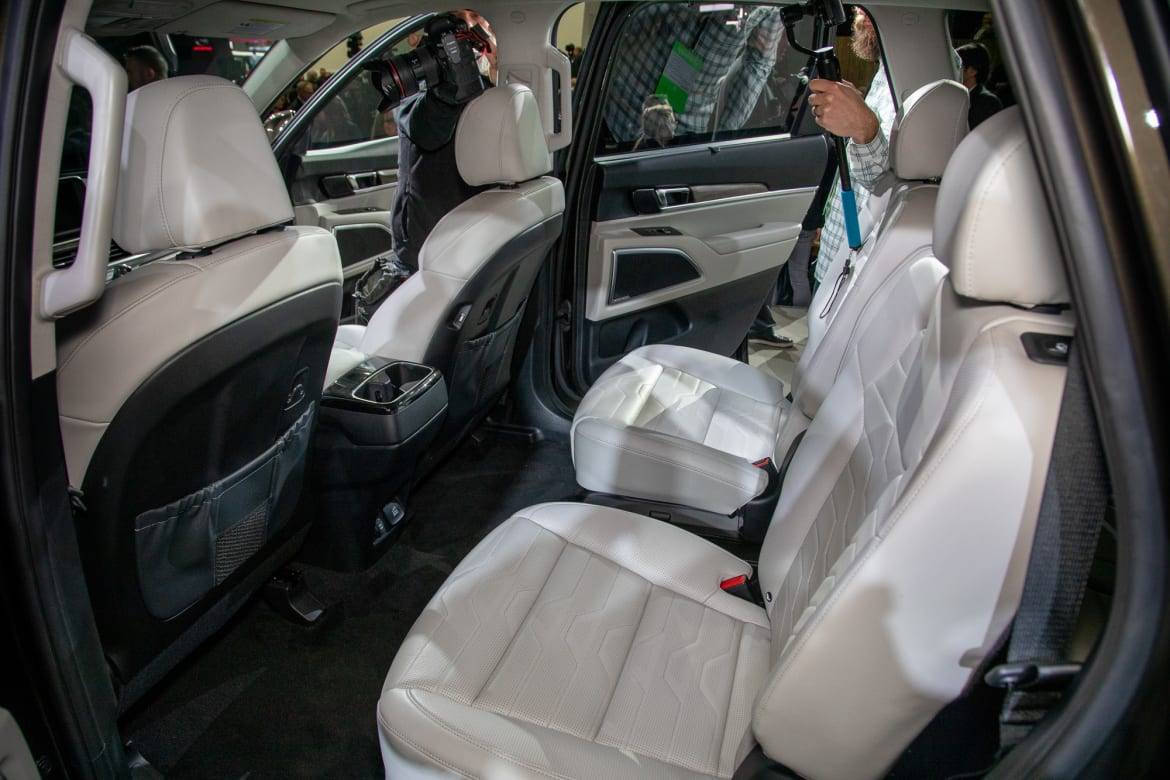 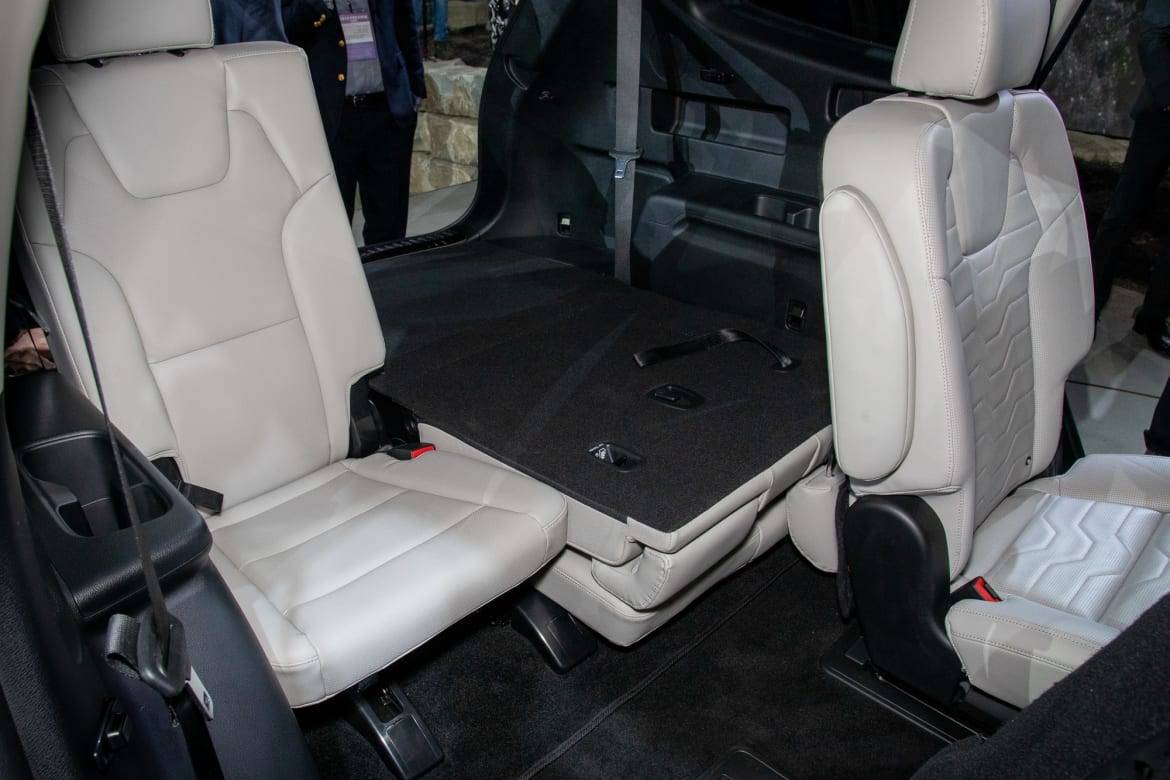 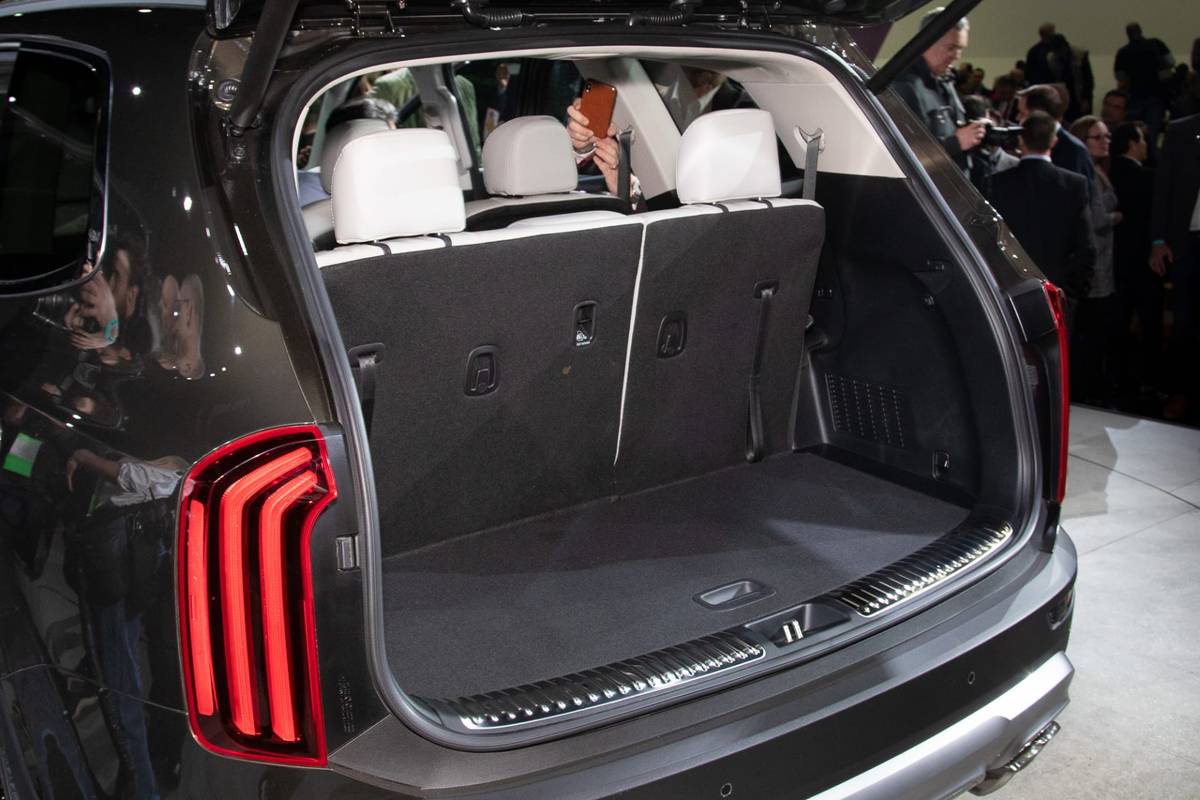 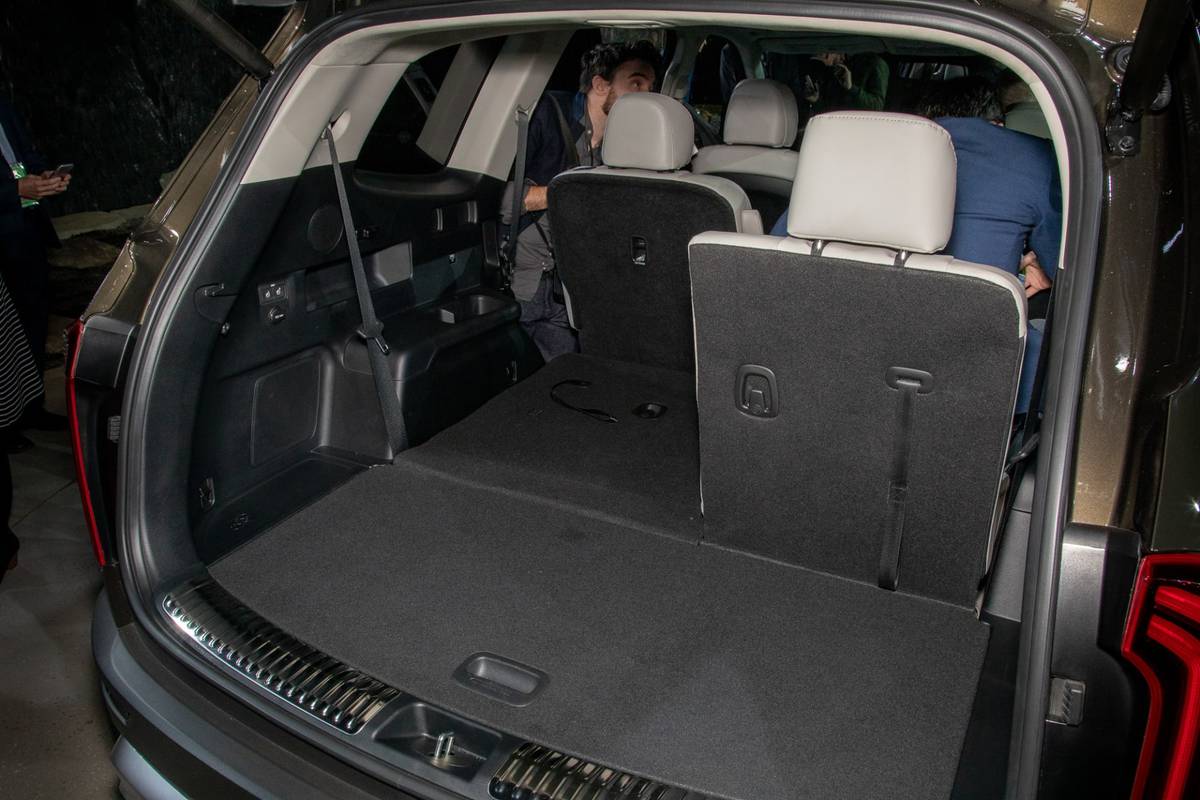 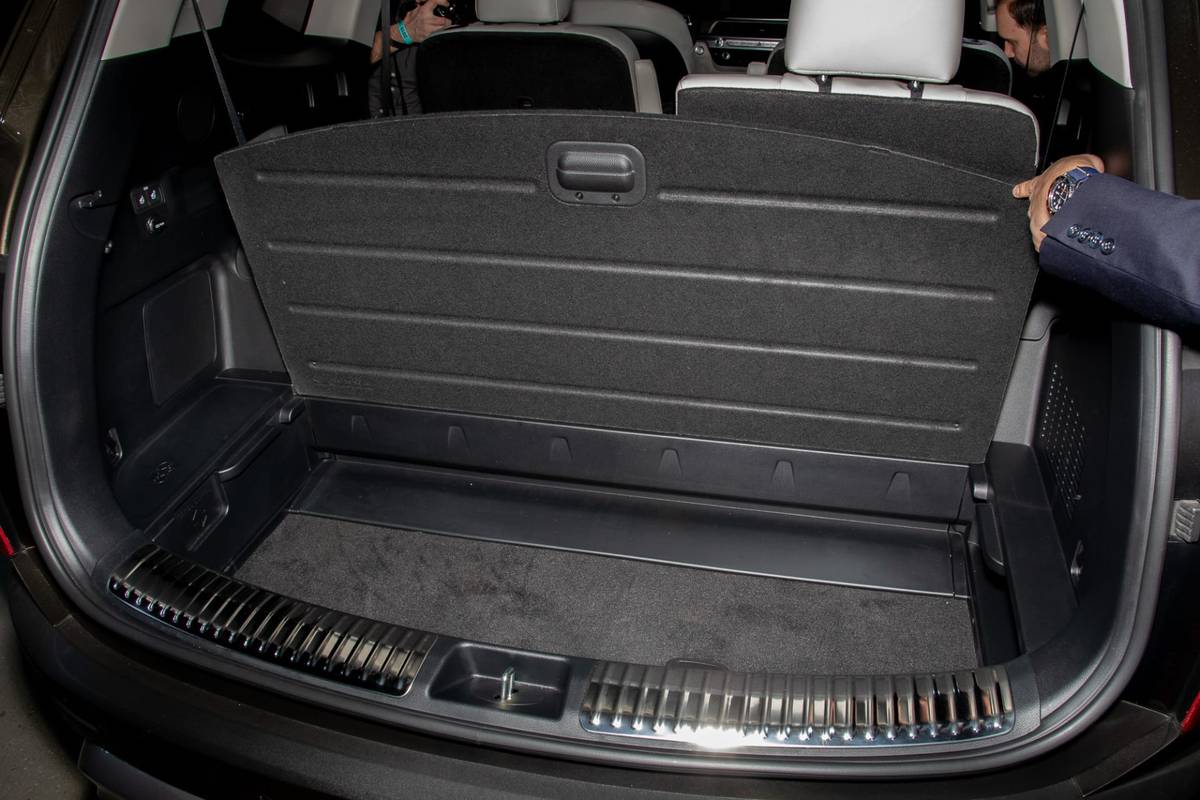 Opinions of Kia’s recent designs have been mixed, be it outright offense regarding the current Sportage generation’s nose or skepticism about the Stinger’s many (and largely not functional) vents. Mixed reviews will probably continue with the all-new 2020 Kia Telluride SUV, unless people have forgotten that they’re supposed to dislike boxy shapes. I’m fine with the box, but there’s something odd about the bright parking-light rectangles that encircle the headlights, as well as the “inverted-L” taillights, both of which were in full force during the presentation at the 2019 North American International Auto Show in Detroit. Perhaps in daylight they’d be less conspicuous. In my opinion, the look improved when they were turned off.

If you like the exterior or can overlook it long enough to get into where you spend all your time, you’ll like what you see. There’s a reason we use boxes for storing stuff: They’re roomy. Good enough for your stuff, good enough for your family, I always say — or will begin to.

Starting in the third row, which is the real battleground among three-row SUVs: I was pleased to find plenty of headroom (at 6 feet tall) and decent legroom, as well. I’d prefer some leg-dangling space, but that’s hard to find anywhere, and at least my raised knees cleared the second-row backrests even when the sliding captain’s chairs were in their rearmost position. I was able to stretch out a bit when the seat in front was moved forward. The Sorento’s third row has always been too small, but this one can certainly compete with the likes of the Volkswagen Atlas and perhaps the Chevrolet Traverse; it has a definite edge over the Subaru Ascent and the new 2020 Ford Explorer.

There was no sign of the power-adjustable third-row backrests I enjoyed in the related Hyundai Palisade across the show floor, but the backrests do recline. All three rows were festooned with USB ports, however, some located conveniently in the seatbacks.

The second-row captain’s chairs did have power push-button releases atop their backrests that eased third-row entry on either side. These chairs were also sufficiently wide and comfortable, which can’t be said about the same seating positions in the Explorer.

I liked the large rear moonroof pane, which had its own power shade. There’s a separate, traditional-sized moonroof over the front row with a rigid manual sunshade. Maybe it’s because I’m always driving something different and initially unfamiliar, but the notion of reaching up and flinging a shade open or closed with my hand rather than hunting around for a button while trying to drive (with or without opening the roof unintentionally) seems like a gift directly from the gods.

The interior quality of the show cars was really impressive, including a suedelike headliner and matte-finish wood trim. With the exception of the blind-spot and lane-departure system buttons that could be hard to see by the driver’s left knee, all controls are nicely within view and reach. I’m a little concerned about the touchscreen, however, because most of its impressive surface area is in the form of width, not height. We’ve seen the limitations of this aspect ratio in vehicles like Alfa Romeos where the backup camera image ends up being too small. None of the touchscreens in the Tellurides here were powered up. Coincidence? Perhaps.

As for the great form-versus-function battle, the screen in question is rather upright and stands atop the dashboard rather than built into it, but it’s definitely more integrated than some designs (for which the Explorer’s upright tablet seems to be the new poster child).

Fortunately, along with a reasonably roomy third row, the box leaves room for cargo space behind it — enough floor space for roll-aboard luggage or groceries and a nice well of considerable depth underneath a floor panel.

What Does Half-Ton, Three-Quarter-Ton, One-Ton Mean When Talking About Trucks?