The verdict: The redesigned 2020 Nissan Versa is no longer the least expensive new car in America, but it’s a much better car that’s still cheaper than most.

Versus the competition: The Versa delivers value at every trim level versus rival subcompact sedans and similarly priced used cars. Its stiffest competition, though, might be a case of sibling rivalry: Nissan’s Kicks small hatchback isn’t a lot more money.

The fully redesigned 2020 Nissan Versa is cuter, techier and a bit more powerful than the outgoing model — and also more expensive. Its previous claim to fame was the lowest price tag in the U.S. for a new car — but it looked and drove like it. Nissan says the Versa remains an important entry product even as some automakers have abandoned small cars, but it’s shifted its focus to offering more value in a car you might actually want.

With that in mind, Nissan has given the Versa desirable, even unexpected, features and safety tech that gets sweeter as you climb from the base S through the SV and new SR trim levels. And though up from 2019’s used-car-like $13,355 to $15,625, the 2020 base price is still at the lower end of the class (all prices include an $895 destination charge). The base price does reflect a manual transmission, though, and realistically most buyers will want the pricey $1,670 automatic, making the ante $17,295. The SV and SR have the automatic standard.

The Versa’s competition includes subcompact survivors such as the Hyundai Accent, Kia Rio and Toyota Yaris. While the Rio and Yaris can be had as either a sedan or hatchback, the Versa Note hatchback has been retired; Nissan’s spunky SUV-like Kicks subcompact hatch is the de facto replacement.

To see if the Versa delivers on the promise of better value, I drove both a base Versa S and a top-of-the-line SR trim level (just under $20,000). The short answer is that while there is a price bump, it’s also a much better car.

The formerly lumpy Versa sedan now wears a scaled-down version of the new Altima’s lines, with a deep V-Motion grille stretching into sleeker headlight assemblies that include boomerang-shaped daytime running lights. The sloped roofline extends into a short trunk lid with an upturned lip and boomerang-shaped taillights. There’s a hint of a “floating roof,” with a back pillar divided by black trim, but the Versa doesn’t offer a contrast-color roof option, nor some of the other color personalization options that give the Kicks a dose of fun. At least the Versa’s paint palette includes some bright colors, including Electric Blue Metallic and Monarch Orange Metallic.

The 2020 Versa is slightly bigger than the last generation — 1.6 inches longer and 1.8 inches wider — and continues to offer almost compact-car passenger room, including a backseat that fits actual adults. I had plenty of legroom in back to sit behind my 6-foot-2 self in front, though that sleeker roofline is 2.3 inches lower than the 2019’s, which left my head brushing the rear ceiling. Trunk space is better than in most compact cars, at 14.7 cubic feet (the 2020 Toyota Corolla has 13.1 cubic feet), and expands via a standard 60/40-split, folding backseat.

The front and rear seats were comfortable, though both cars I drove needed more padding in the seat cushions. The front passenger can enjoy stretch-out-your-legs space thanks to the seat’s extended travel, which almost reaches the rear-seat cushion. The cloth upholstery was more interesting on the SV and SR, with contrasting colors and stitching, but the base cloth had a decent feel (if a duller look).

Kicks Style Inside and More Tech

If you like the interior design of the Kicks, you’ll like the new Versa’s cabin layout. It sheds the Soviet drabness of the old car, picking up the Kicks’ sculpted and upswept dashboard design, with a 7-inch center touchscreen on all models and better-looking door panels. SV and SR trim levels also have a 7-inch configurable screen in the instrument cluster — an unusually upscale touch for a subcompact — as well as a swath of soft-touch stitched vinyl across the face of the dash. The center screen is flanked by volume and tuning knobs, along with shortcut buttons that have a quality feel. The SV and SR add NissanConnect with Apple CarPlay and Android Auto, satellite radio capability, steering-wheel controls and voice recognition.

The Versa’s features-per-dollar ratio peaks in the new SR, which has standard LED headlights and daytime running lights, remote engine start, automatic climate control and leather wrapping on the D-shaped steering wheel and shift knob. Heated front seats are optional. But even the base model gets Bluetooth streaming, remote keyless entry and push-button start. All trim levels have USB and 12-volt ports under the dash in a generous phone cubby, plus two more USB ports at the rear of the center “console,” which is really a hard plastic tray with a couple shallow cubbies and cupholders, but no covered bin to supplement the stingy interior storage. You can add a small covered storage space to any trim level with a $300 armrest.

Along with the console, other cost-cutting is apparent inside, even if the many features and tech do offset it. As expected in this price range, there’s plenty of hard plastic, particularly in the S. The driver’s seat gets a fold-down inboard armrest only on the SV and above. The front passenger goes without both an armrest and seat-height adjustment.

Driving Dynamics Improved, But Not a Lot of Kicks

While no one expects a lot of driving fun in a budget subcompact, I was looking for a bit more than I got in the Versa. My expectations came because it now shares a platform with the Kicks, whose nimbleness is among the reasons it’s a favorite city car of mine.

The new Versa does, however, deliver a combination of acceptable handling and decent ride for the price. Cornering brings minimal lean, and the chassis isn’t busy or floaty on the highway. Pushing it brings body roll and more tire-scrubbing understeer, but why would you push it? The SR’s 17-inch alloy wheels and wider rubber improve agility noticeably over the S, with its 15-inch steel wheels and skinnier tires. Steering is light and numb, but crisp, while braking feel is a little soft, but predictable (there are discs in front, drums in back). Meanwhile, the Versa delivers a comfortable ride. There’s some choppiness when the pavement gets rough, but it was never harsh.

More comparable to the Kicks is the Versa’s low dose of go power. The 2020 Versa uses the same 122-horsepower, 1.6-liter four-cylinder engine as the Kicks, which puts out a mere 114 pounds-feet of torque. That does represent a much-needed pinch more zip, however, than the 2019 Versa’s woeful 109 hp and 107 pounds-feet. The engine is paired with a five-speed manual (in the base S only) or a continuously variable automatic that’s reasonably well behaved in terms of CVT drone and rubber-band feel. The modest powertrain is enough for the light sedan (the Versa weighs about 2,600 to 2,700 pounds, depending on trim level) to feel peppy in city traffic. Floor it, however, and it bogs for a couple of beats off the line before gathering momentum with more buzzy noise than urgency.

As important — maybe even more important for budget-car buyers — is fuel economy, and the 2020 Versa is EPA-rated a respectable 32/40/35 mpg city/highway/combined with the CVT. That’s a mile better in each category than the 2019. You’ll pay for DIY shifting: The manual comes in much lower, as it did for 2019, at just 30 mpg combined. By comparison, the automatic Yaris, Rio and Accent deliver up to 35, 32 and 32 mpg combined, respectively.

They aren’t the sexiest features, but standard safety tech is essential to good value, and the Versa delivers. Even the base S includes front automatic emergency braking with pedestrian detection up to 37 mph, reverse automatic braking up to 9 mph (unusual for this class), a lane departure warning system, and automatic headlights and high beams. The SV and SR add blind spot warning with rear cross-traffic alert, a driver alertness warning, adaptive grid lines for the backup camera and a rear door alert that signals if you opened the door at the start of a drive but don’t check the backseat again after you park.

A $300 option for the SR adds adaptive cruise control — another unusual upscale feature for a  subcompact. You couldn’t find any of this safety and assistance tech on the old Versa, and the Yaris, Rio and Accent offer fewer such features, or restrict them to fewer trim levels. You can compare their features here.

Low-tech but also a key safety feature is the Versa’s visibility, thanks to a beltline that dips low and side mirrors that have been relocated lower on the door. The sight lines over the shoulder and to the rear are also good.

This car could appeal to young families, and it got an excellent report card in Cars.com’s 2020 Nissan Versa Car Seat Check for fit and ease of use for our four types of child-safety seats. It scored nearly all A’s — unusually high for a subcompact sedan — with the lone B coming on the booster seat check; its floppy rear seat belt buckles could be hard for a kid to use alone.

The Versa had not been crash-tested as of this writing. When available, Insurance Institute for Highway Safety scores for 2020 will be found here.

While light on driving fun, the 2020 Versa hits the right notes on value for a wide range of shoppers. The footprint suits city streets and parking. The styling, interior design and tech now require no apologies. And the combination of safety and practical space could also attract small families or make you feel OK putting a young driver in it.

While it’s no longer America’s cheapest new sedan, the 2020 Versa manages to overdeliver on space and features for a starting base price that still slightly undercuts its rivals, the Accent and Yaris, though Kia has a cheaper 2019 Rio (with automatic). Its modern safety equipment and media tech also raise its value versus an older used car going for a similar price.

Beyond the base model, the price tag is still a starter-car low $18,535 for the SV, which adds more safety technology and a lot of desirable features, including padded dashboard trim, nicer seats, an upgraded media system and 16-inch alloy wheels. Even an SR with heated front seats and adaptive cruise control is still a hair under $20,000. 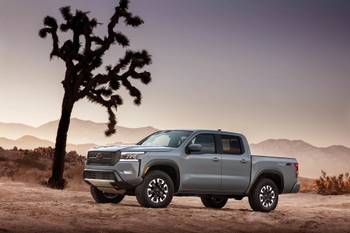 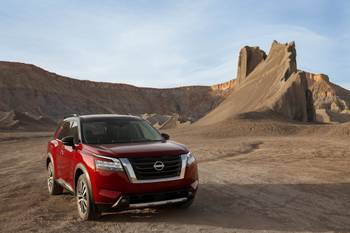 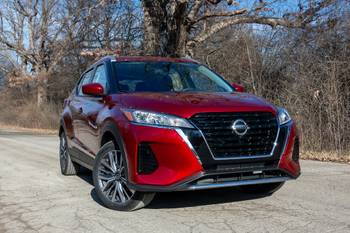 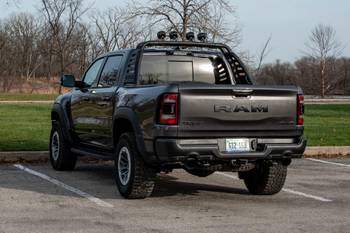