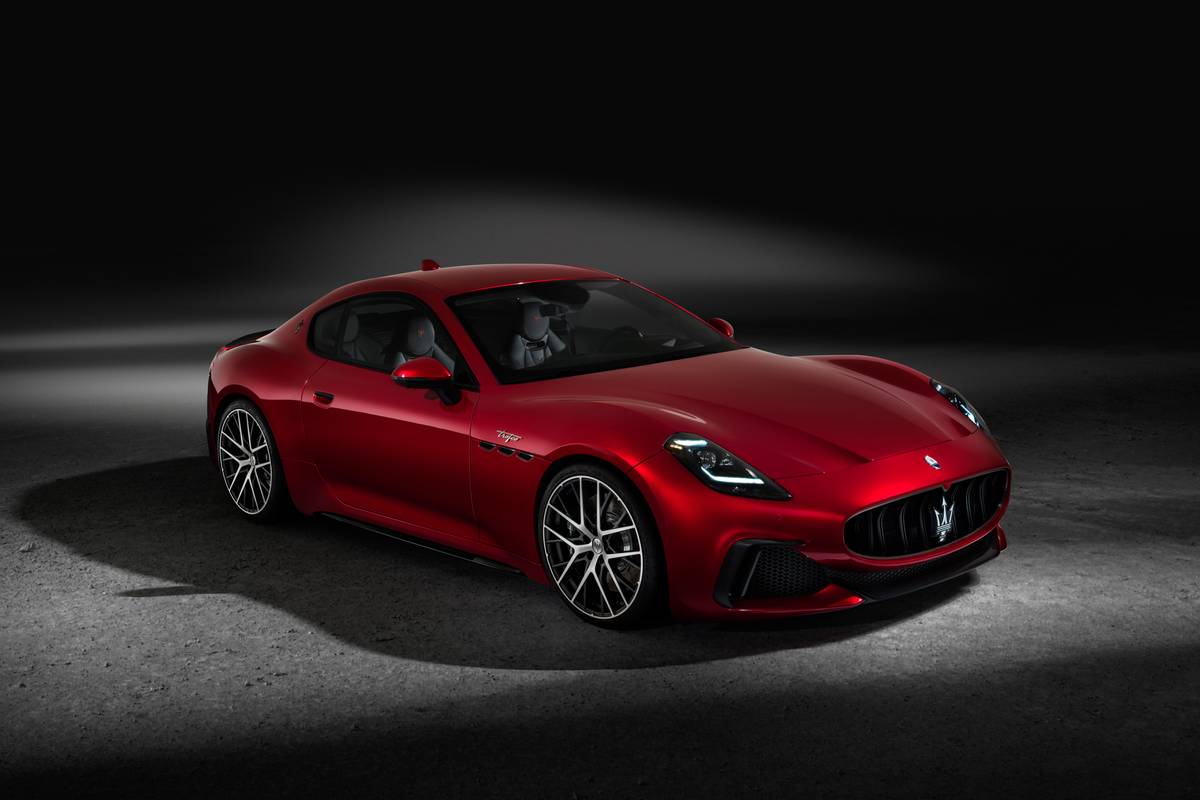 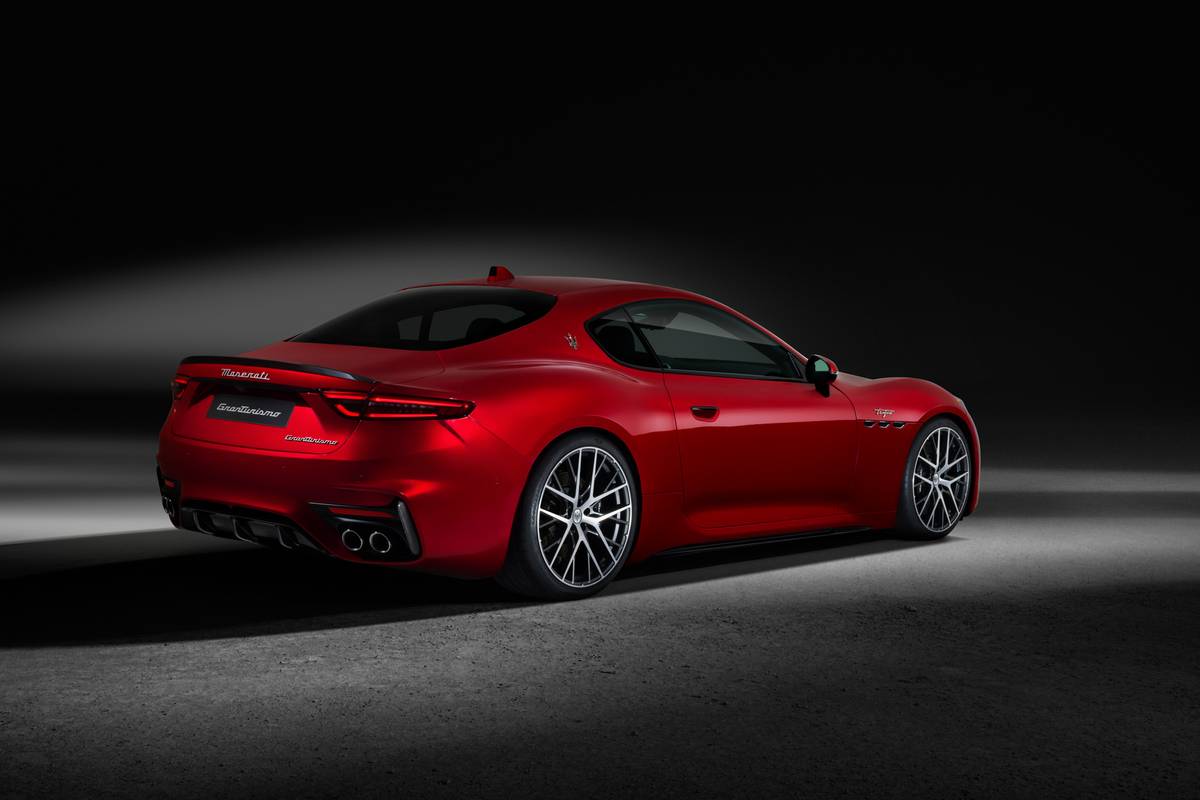 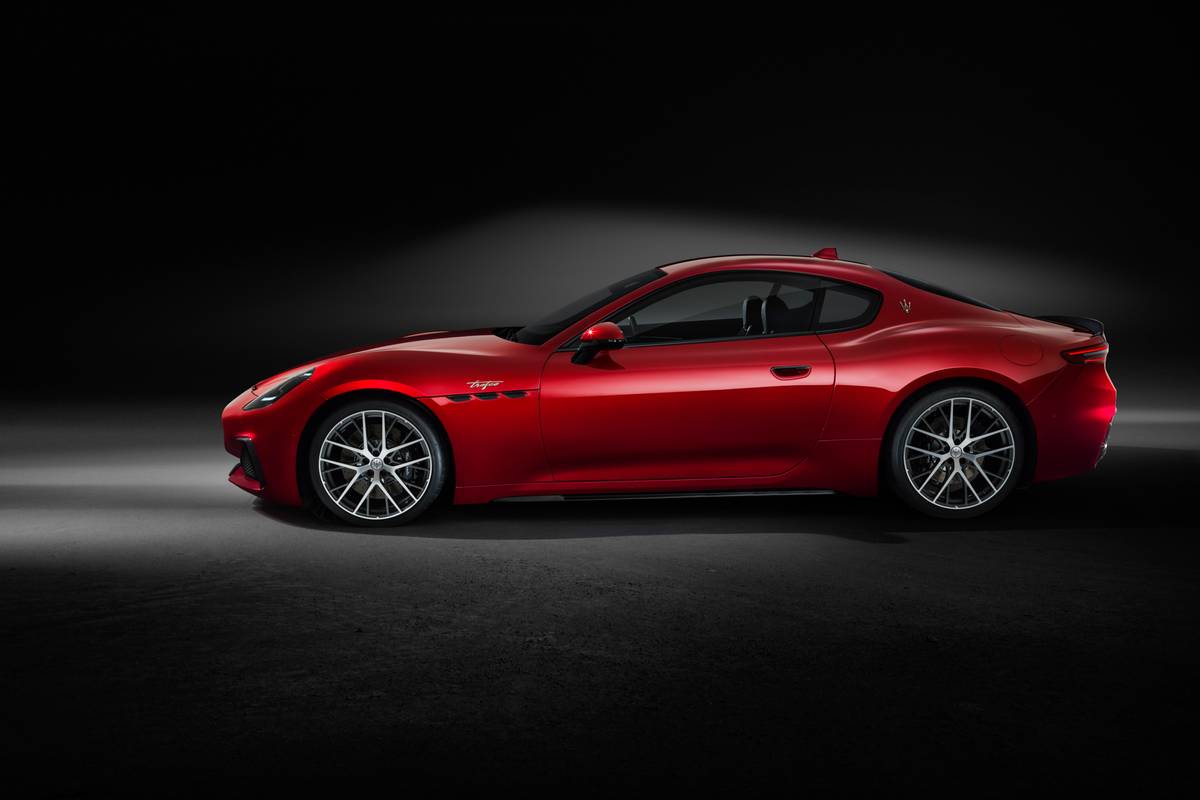 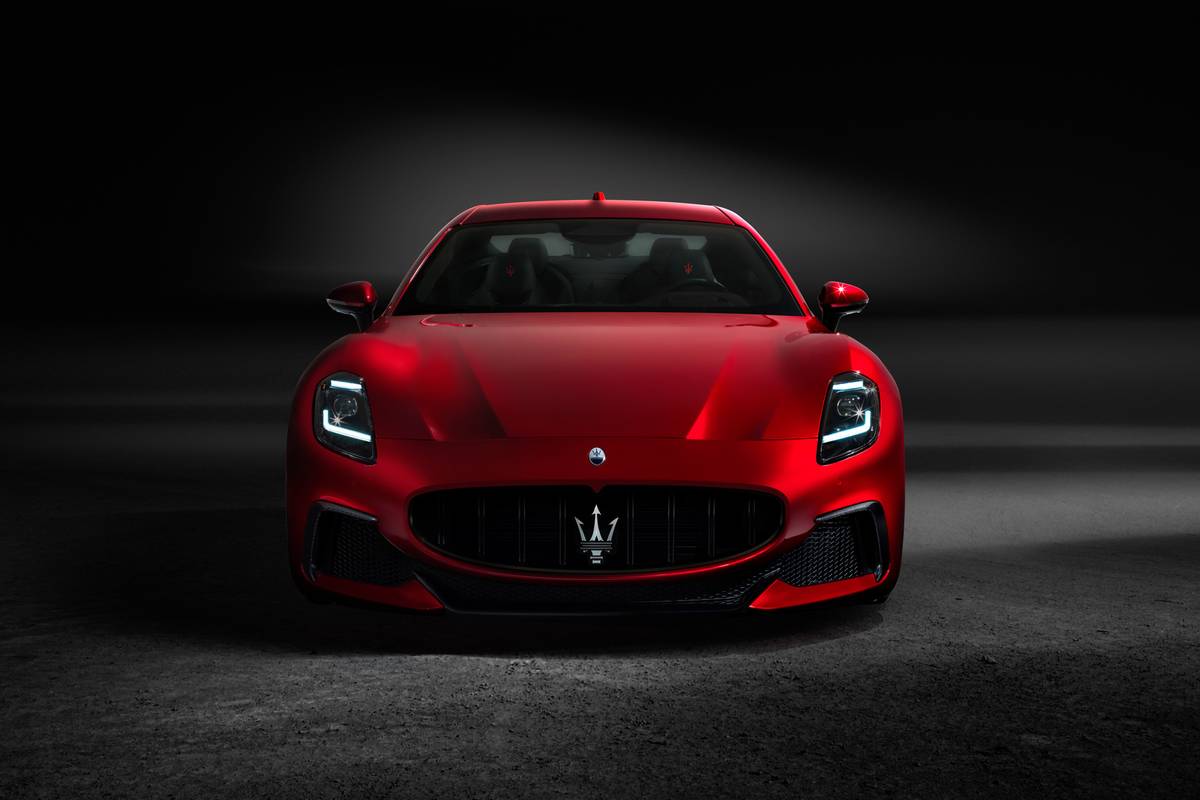 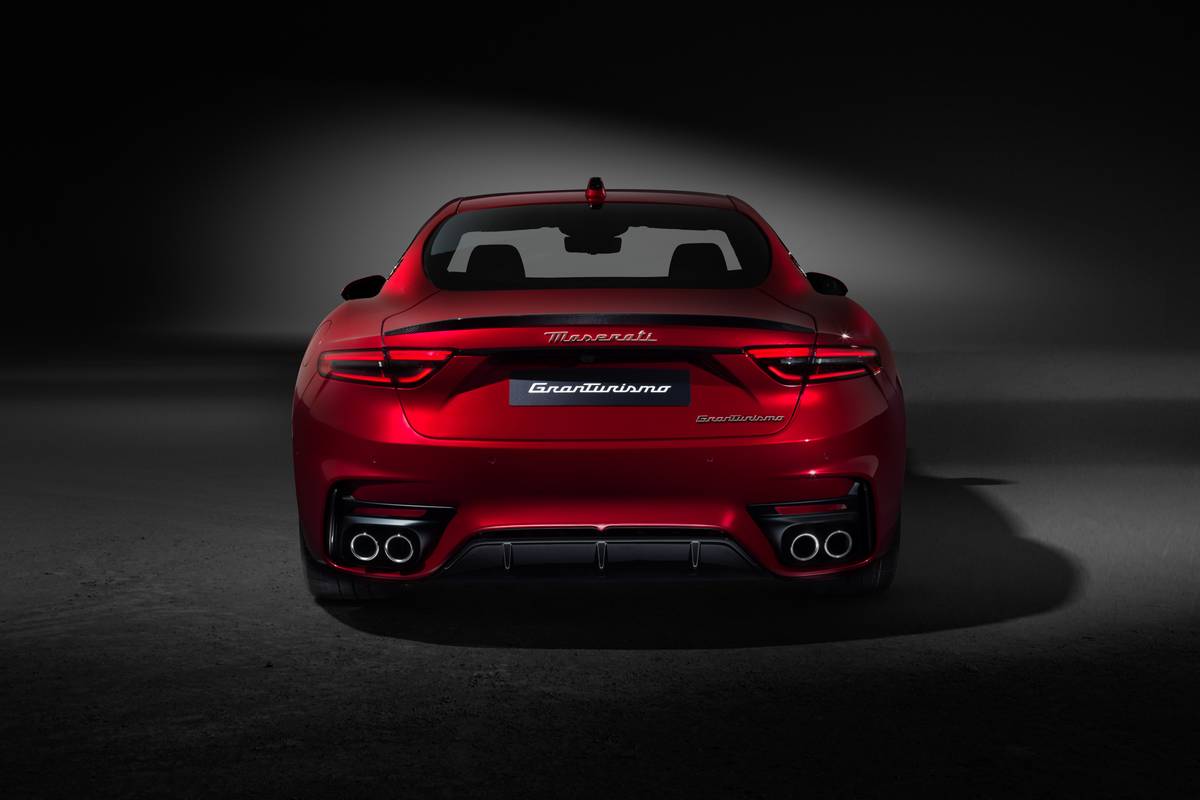 After a half-decade hiatus, Maserati’s GranTurismo coupe returns for the 2024 model year with the same stunning exterior style and an updated interior — but no V-8.

Related: 2023 Maserati Grecale Breezes in With Up to 523 Horsepower, EV Model Is Next

The 2024 GranTurismo will come in three flavors. The base model is the Modena, which uses the least powerful V-6, pumping out a mere 490 horsepower on the way to a 3.9-second 0-62-mph sprint. The higher-performance Trofeo’s V-6 makes 550 hp and cuts the 0-62 time down to 3.5 seconds. Both use an eight-speed automatic transmission and air springs, along with Brembo six-piston brakes up front and four-piston brakes in the rear.

The most significant of the three will be the all-electric GranTurismo Folgore (Italian for “Lightning”). Maserati says the Folgore uses 800-volt architecture and its three electric motors (one in front, two in the rear) produce roughly 760 hp at the wheels. The 92.5-kilowatt-hour battery pack is placed in what Maserati calls a “T-bone” configuration: in the central tunnel where a traditional transmission might be. This helps the Folgore keep the same styling as the gas-powered GranTurismos, but might impact interior space. 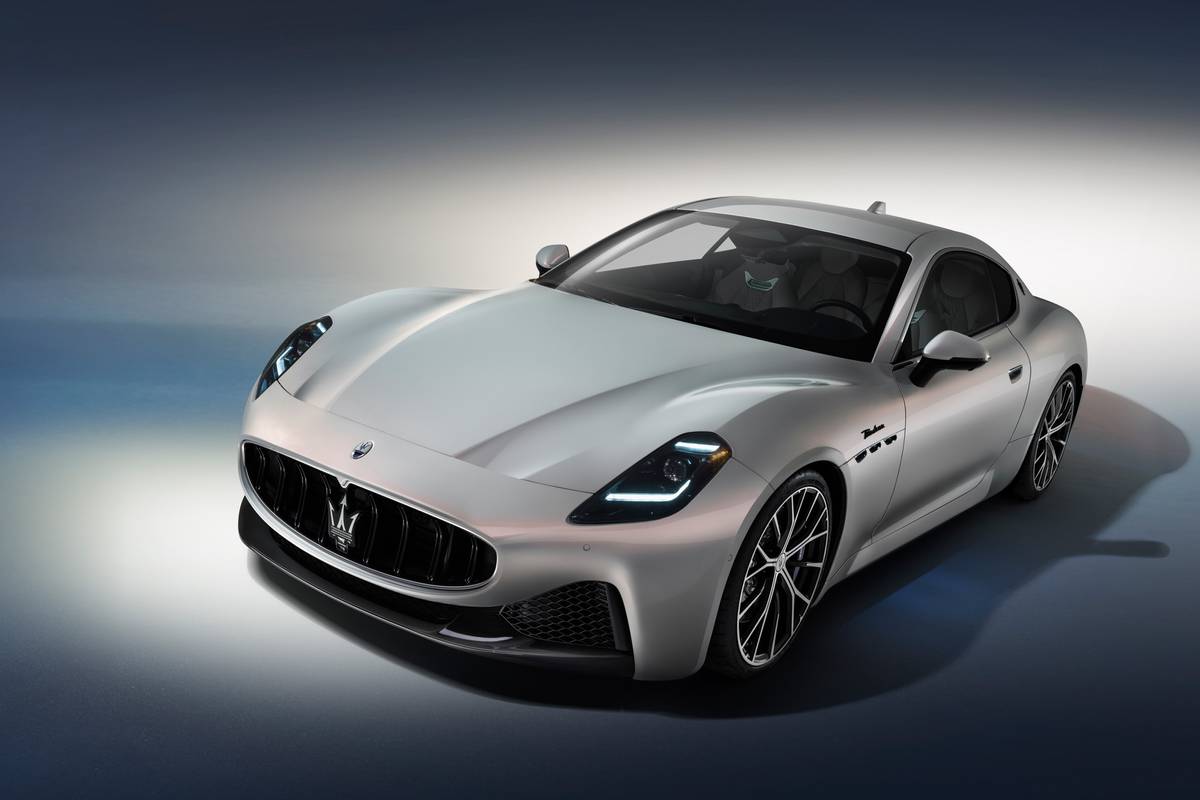 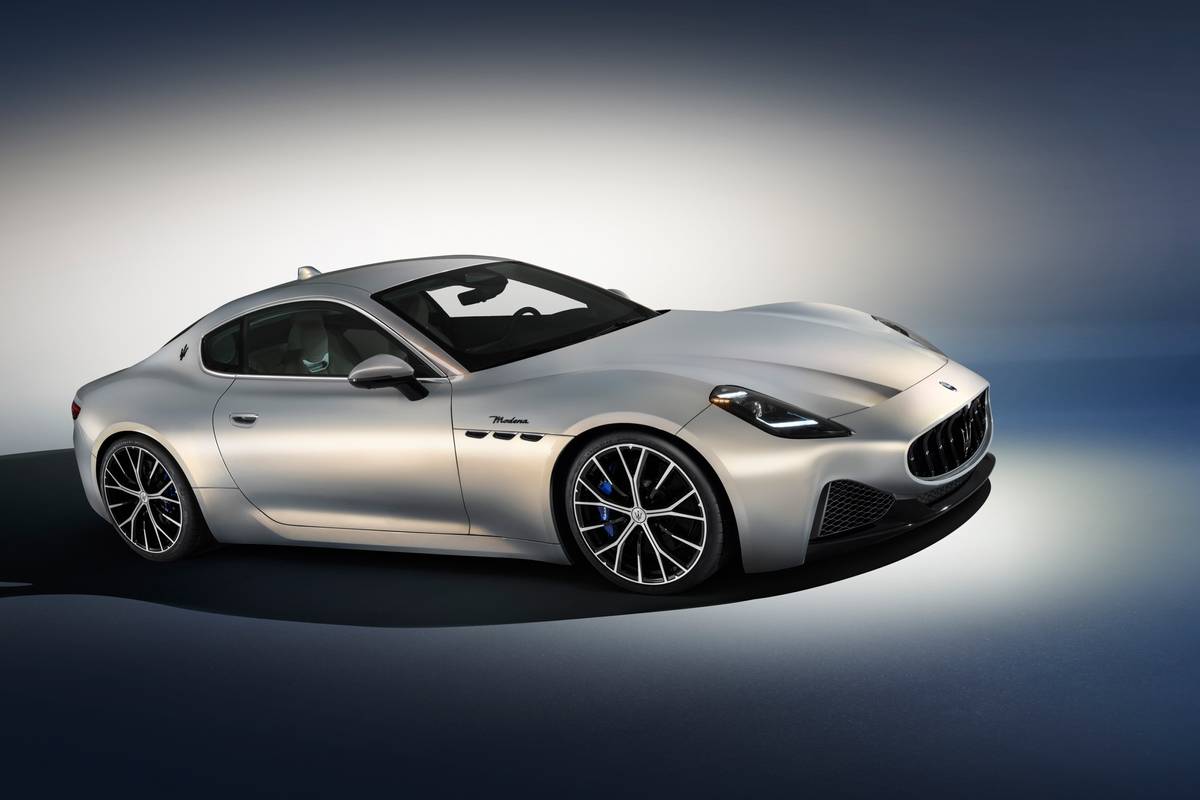 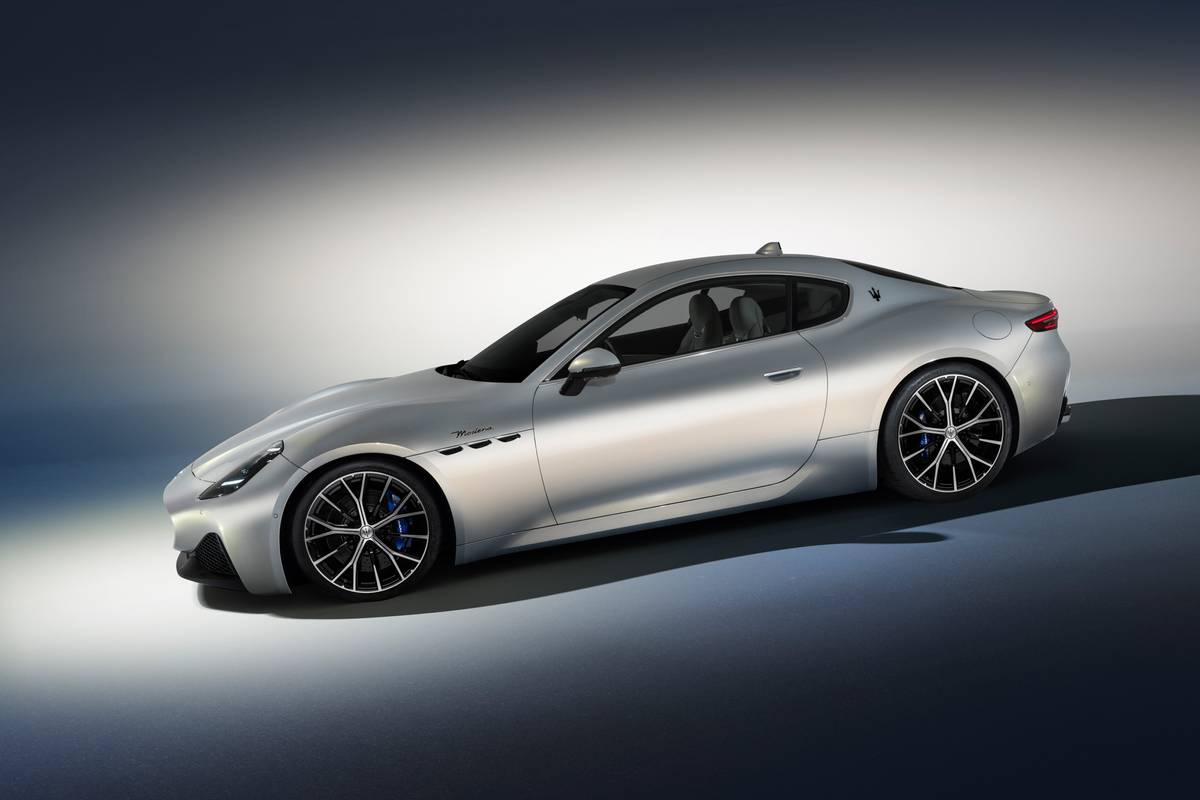 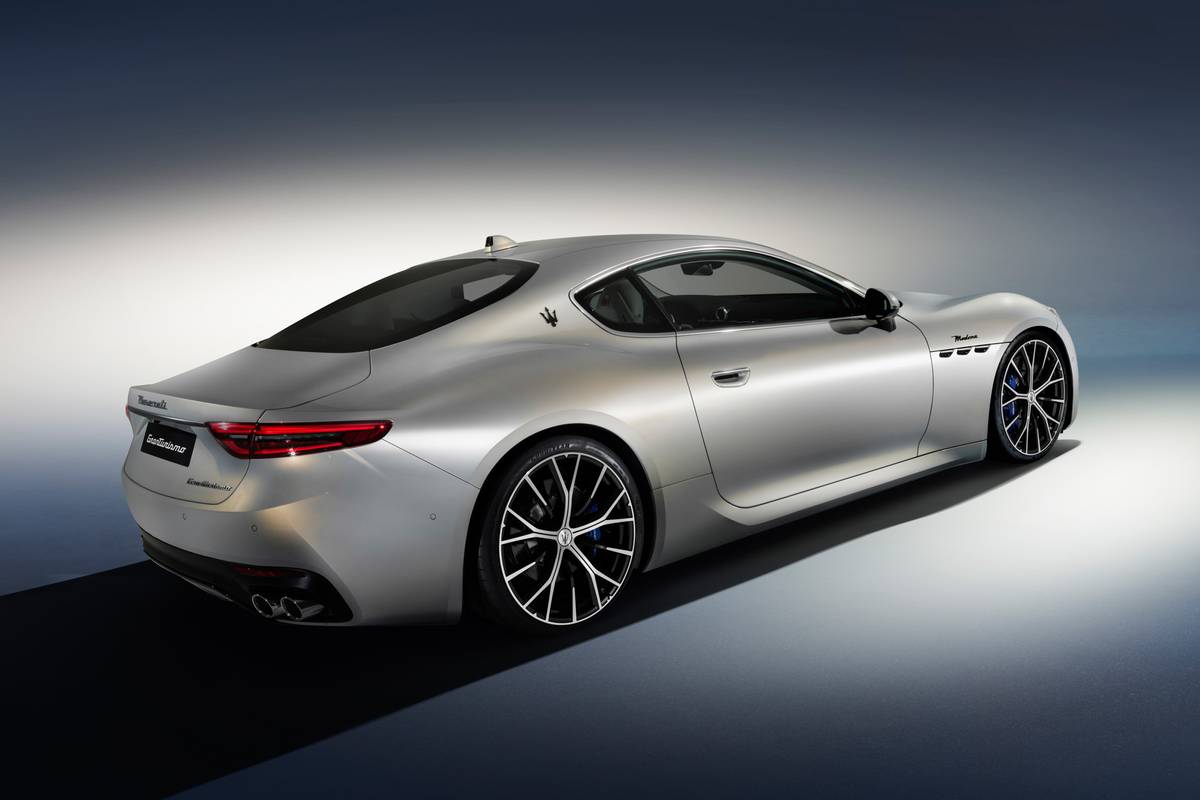 Maserati also says the GranTurismo Folgore will make a distinctive sound, claiming “the natural acoustic dynamics of the electric motors driven by the inverters have been digitally shaped and integrated with the typical sound taken from the Maserati V8 tradition.” Unlike the Dodge Charger Daytona SRT Concept, however, which is an EV with an “exhaust,” the Folgore’s sound will be entirely synthesized and broadcast inside and outside the car via speakers. Given that Dodge and Maserati are technically both under the Stellantis umbrella, this is a bit disappointing. 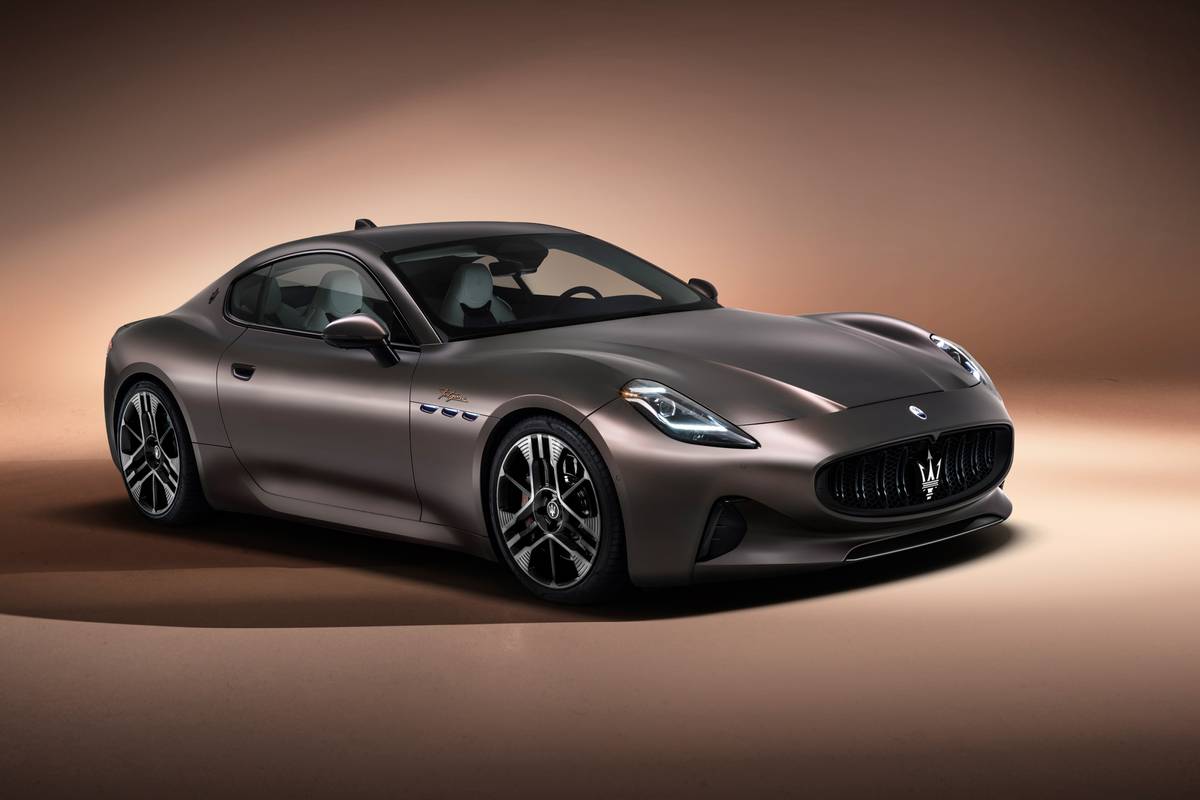 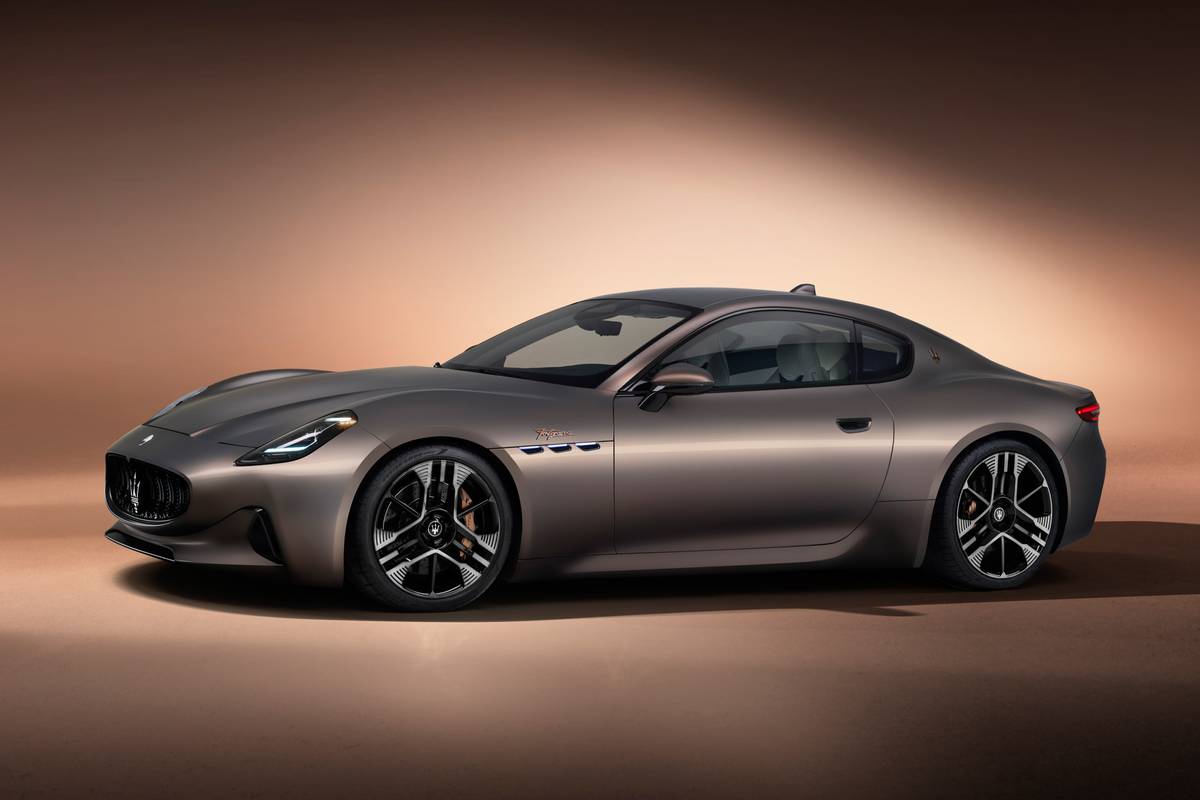 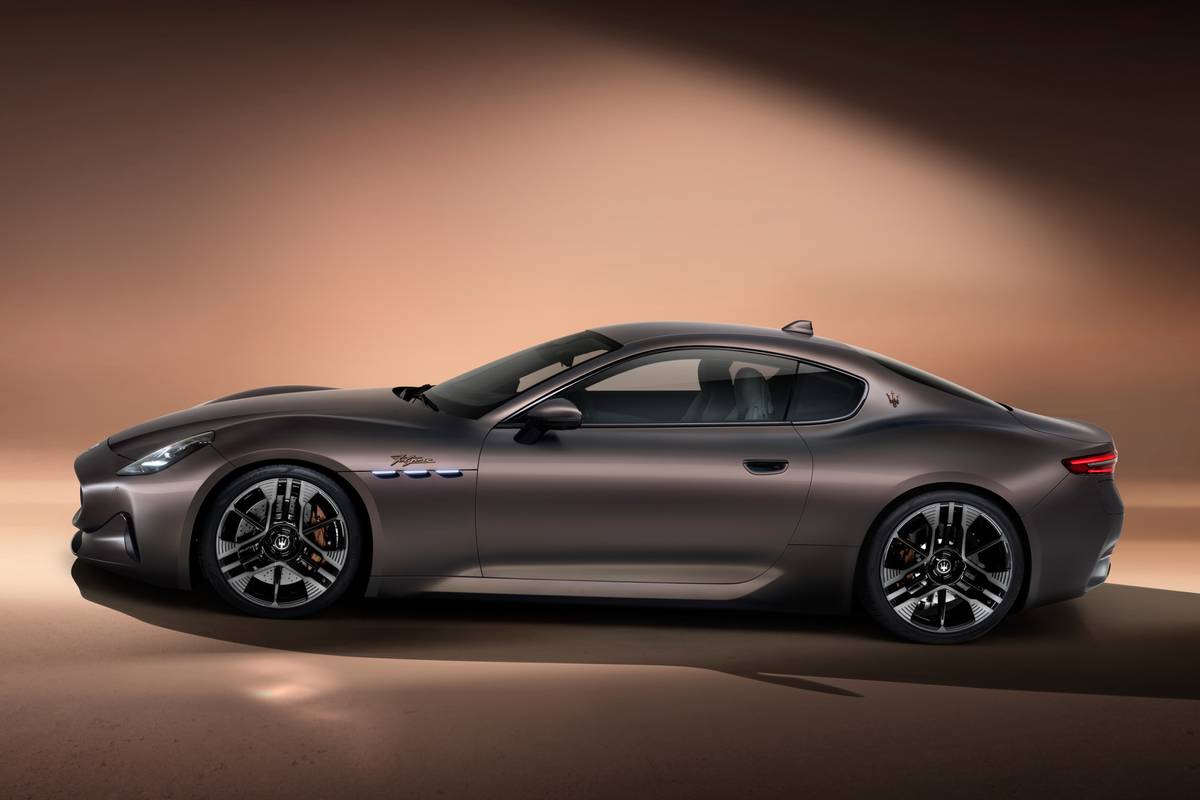 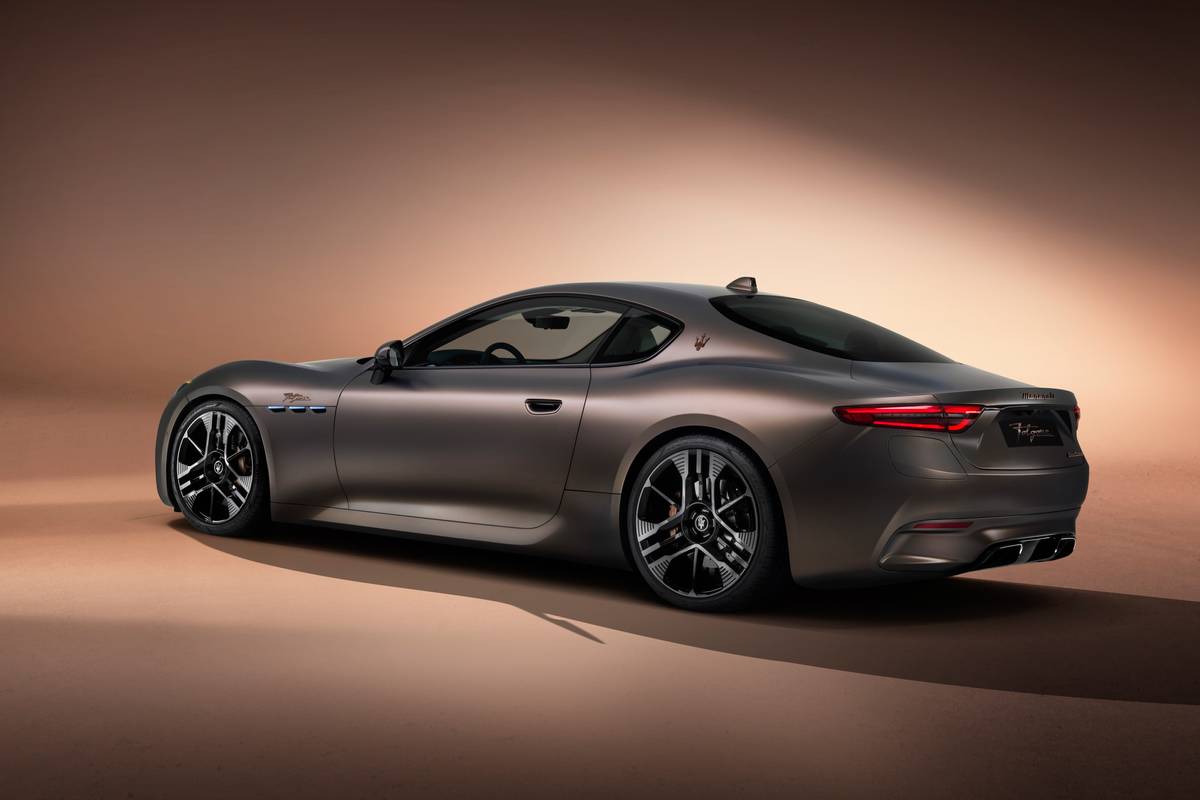 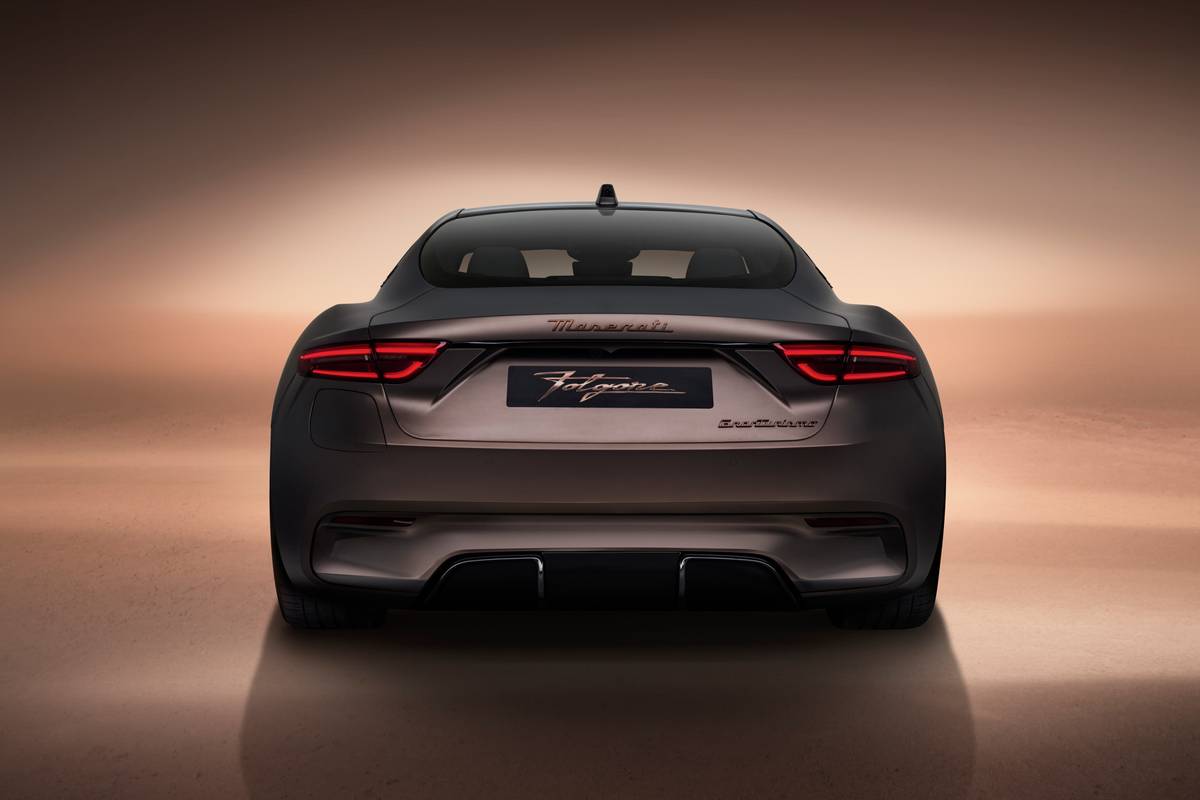 Interior details are scant, but the brand says the 2024 GranTurismo will use the Maserati Intelligent Assistant multimedia system and “the latest infotainment” with a touchscreen interface. A head-up display will also be available.

The 2024 GranTurismo’s pricing and release date are not yet available, but we’re looking forward to learning more about the return of Maserati’s grand tourer, so stay tuned for more info.