Volkswagen unveiled the new, eighth-generation Golf hatchback today, and here’s the good news: The automaker has confirmed we’ll get the higher-performance Golf GTI and Golf R variants here in the U.S., though no decision has been made yet regarding availability for other versions. With a new exterior design, multiple hybrid versions and a buttload of new technology, let’s hope certain others come, too — or that VW adds such features to models we can buy here.

Related: The Next Volkswagen Golf Could Look Similar … Until You Get Inside

In honor of the new Golf being the eighth generation of the venerable hatchback, let’s check out eight cool things about it: 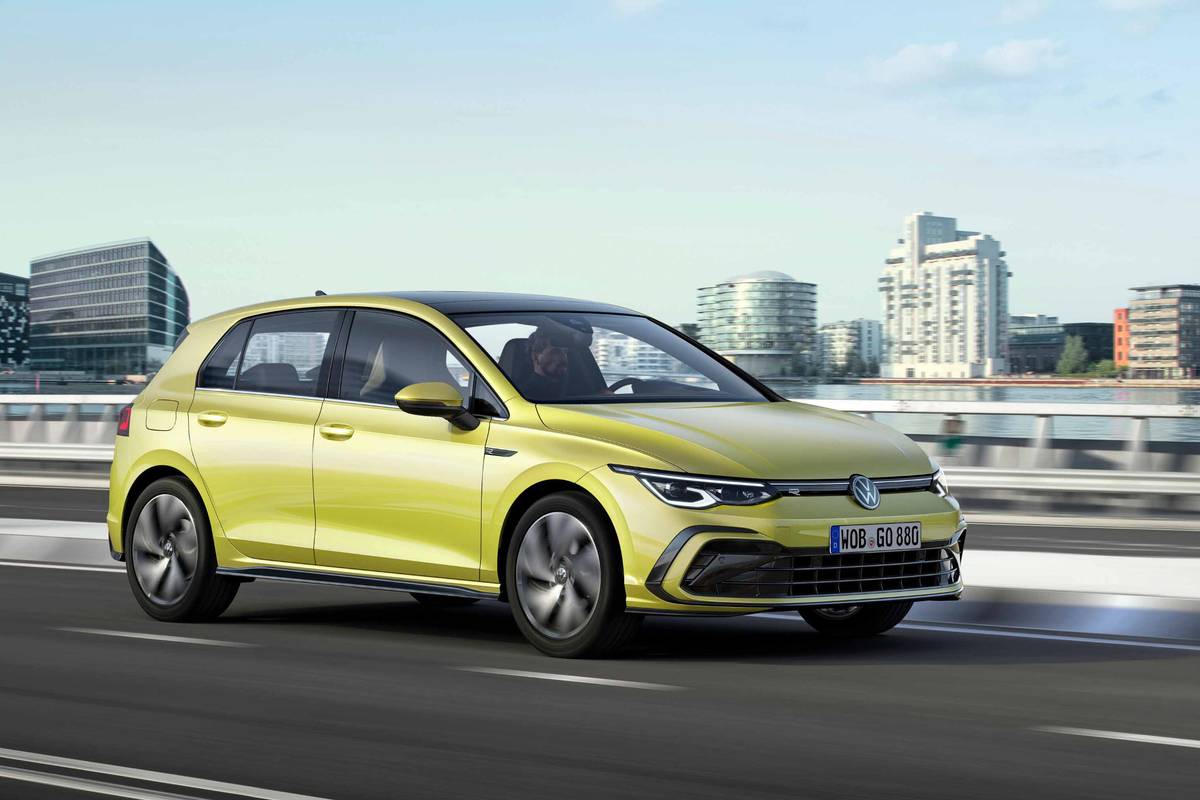 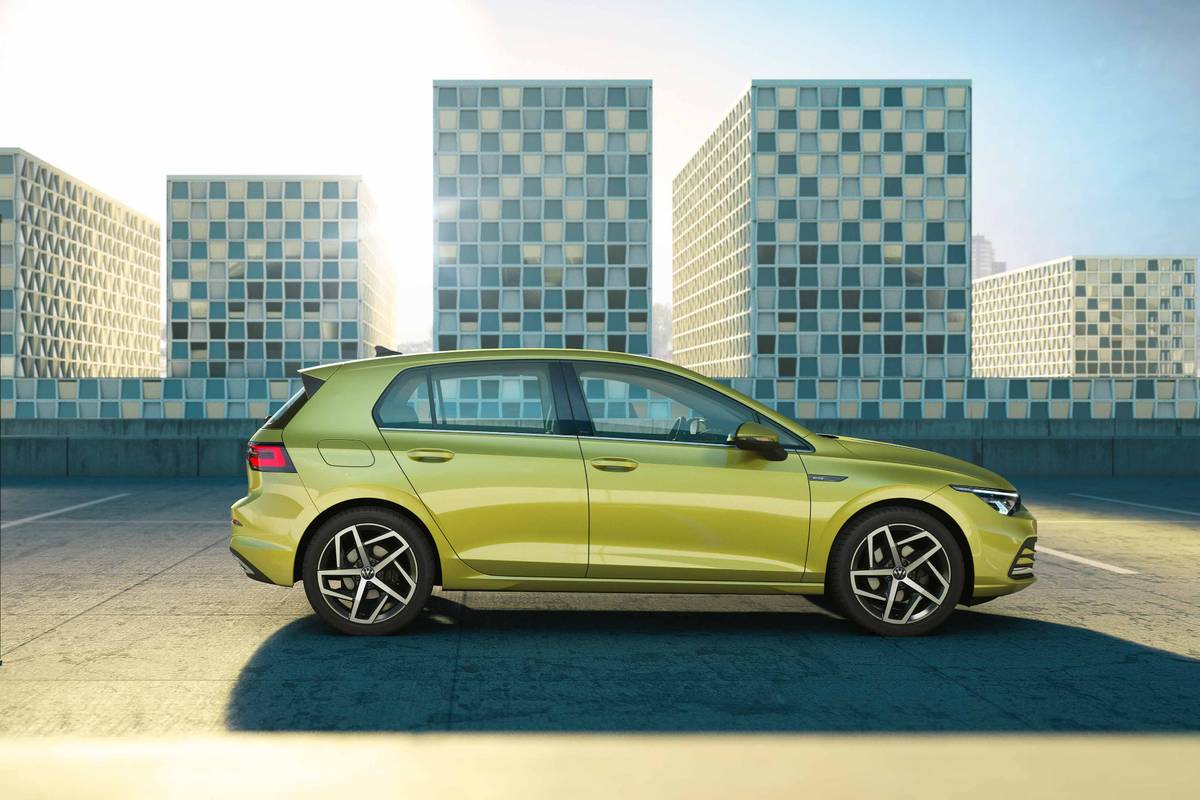 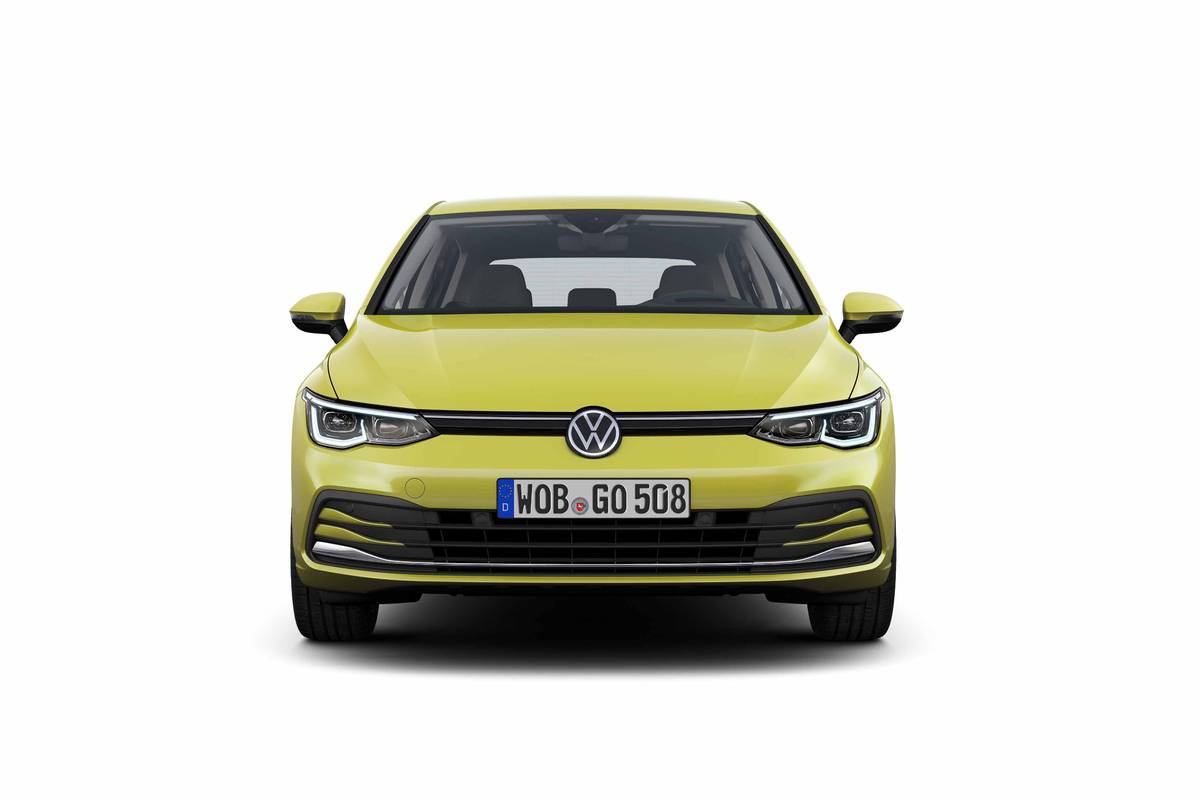 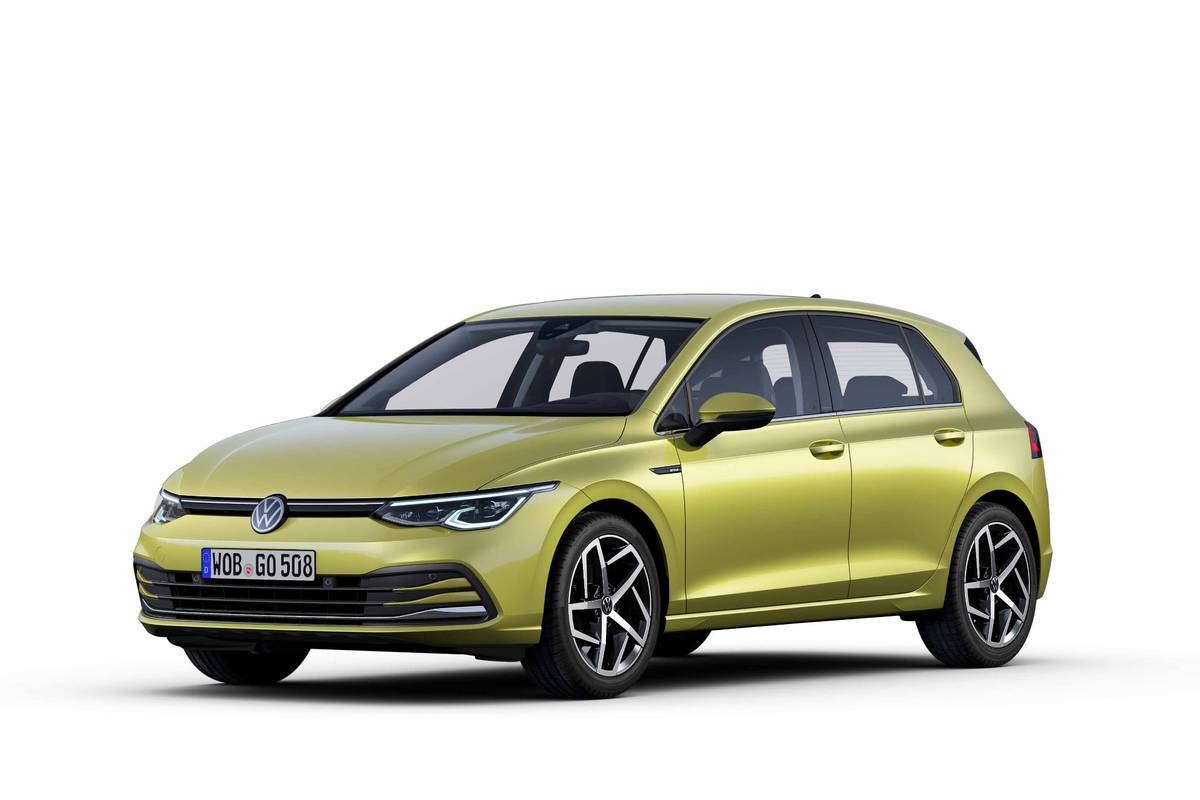 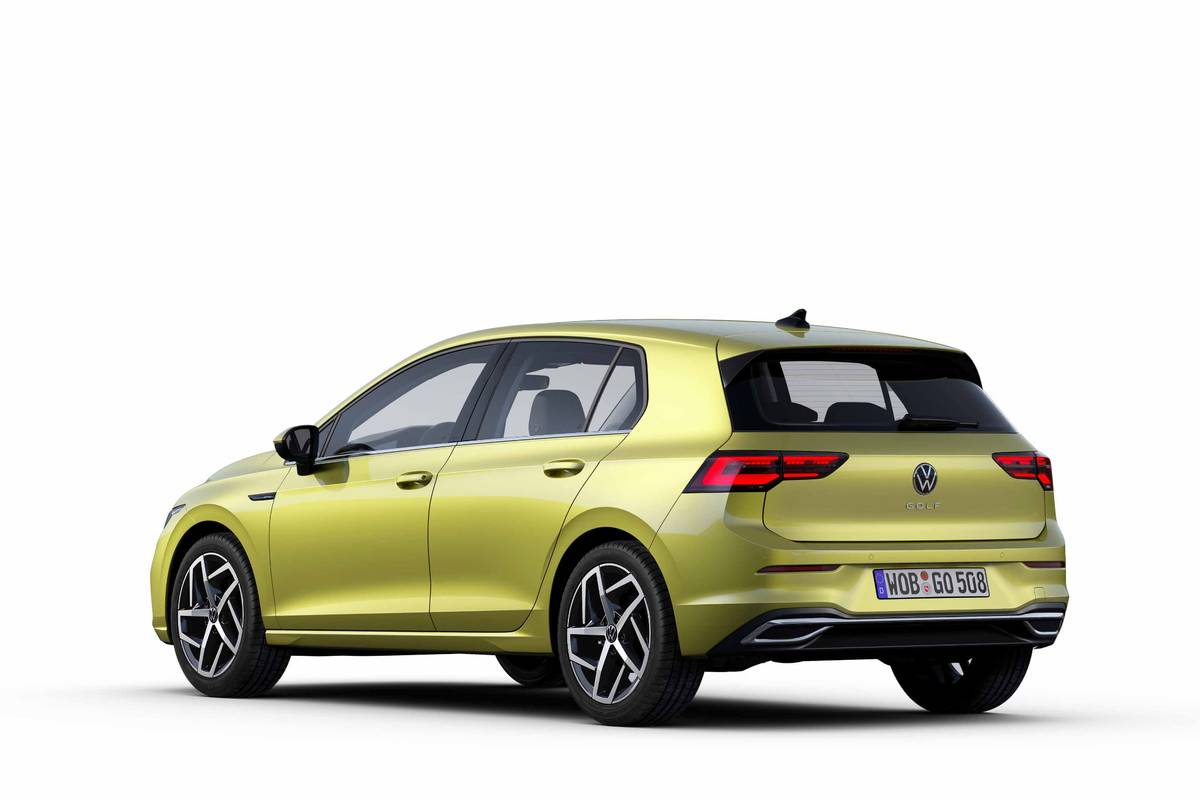 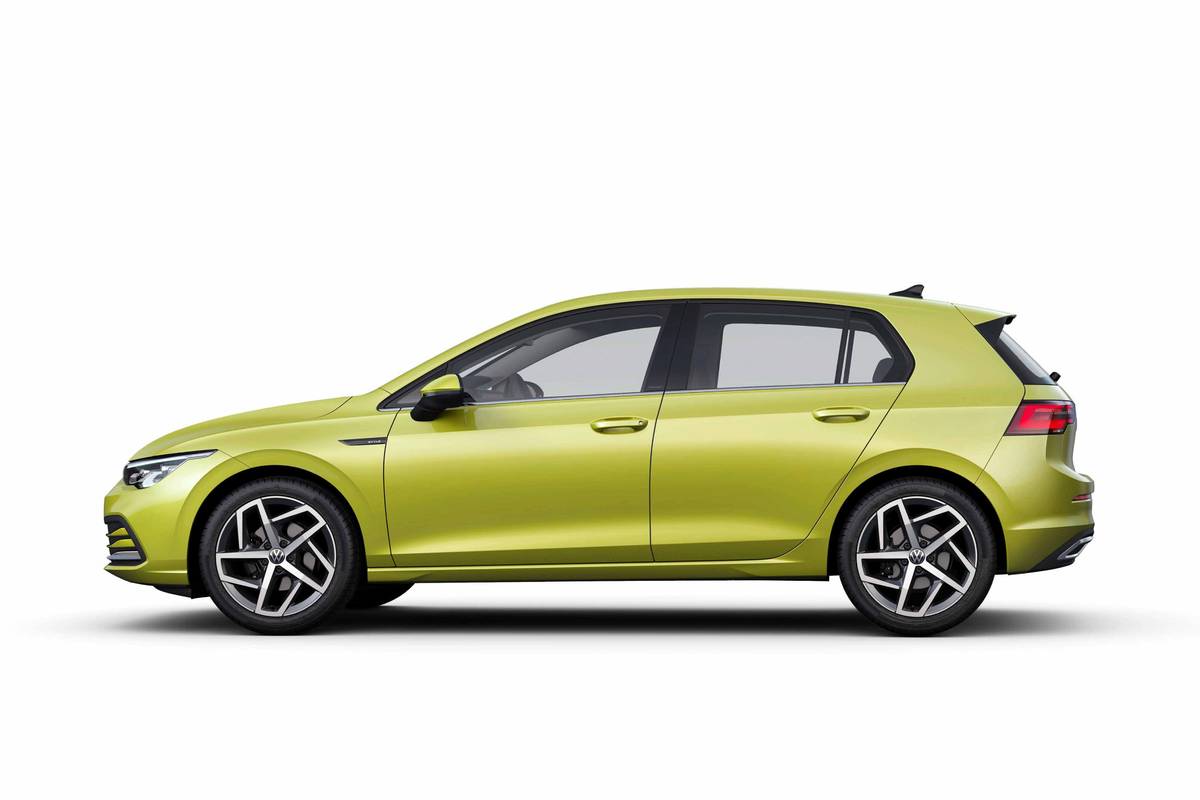 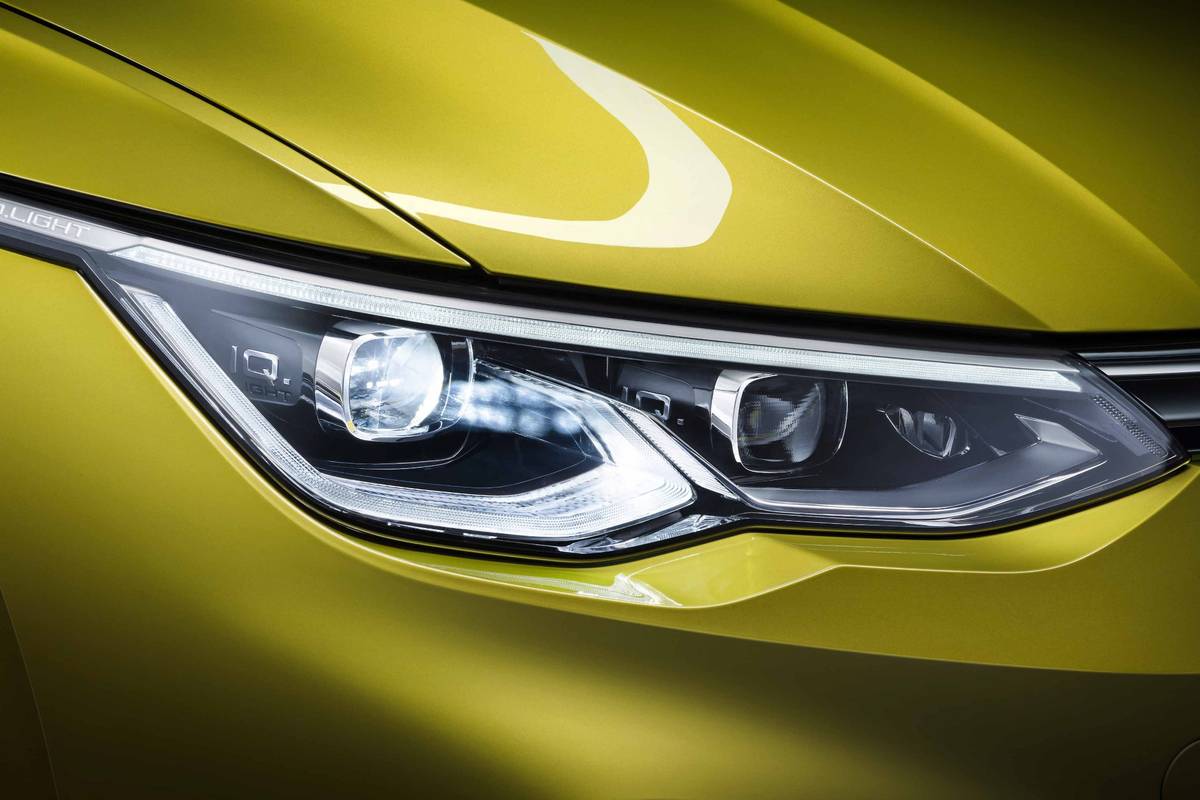 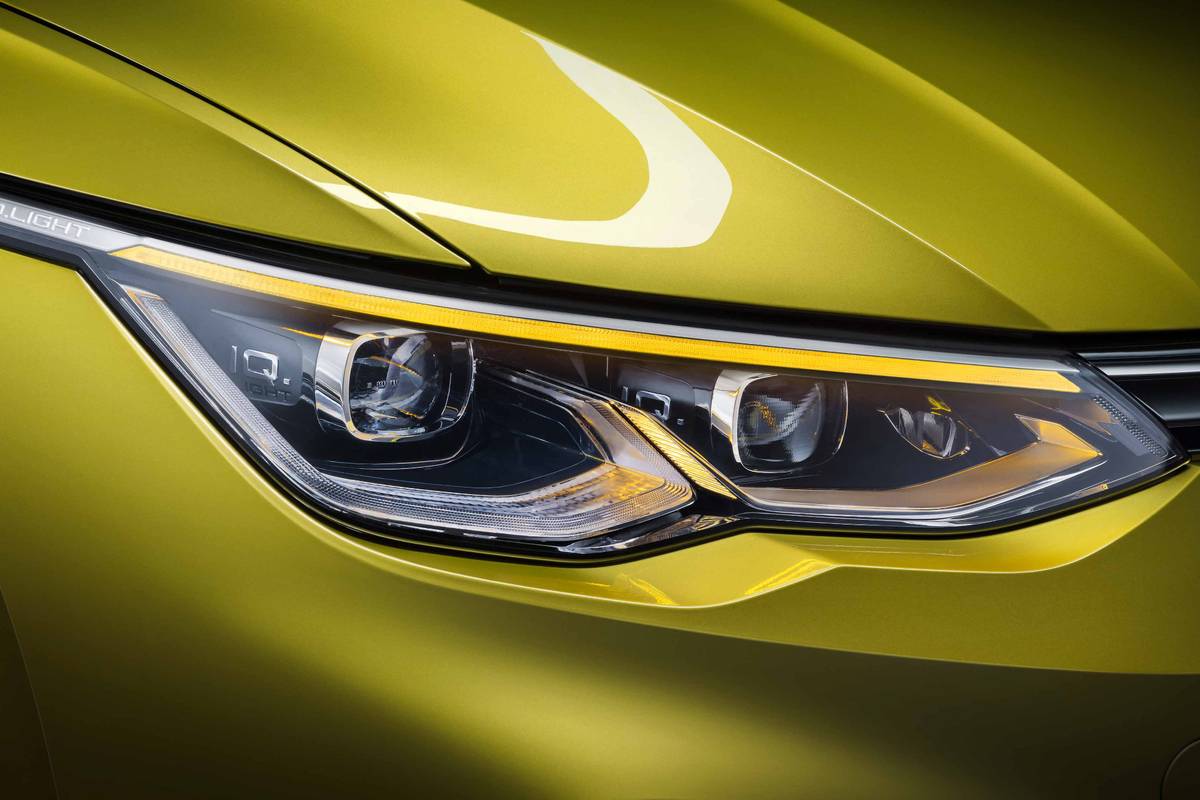 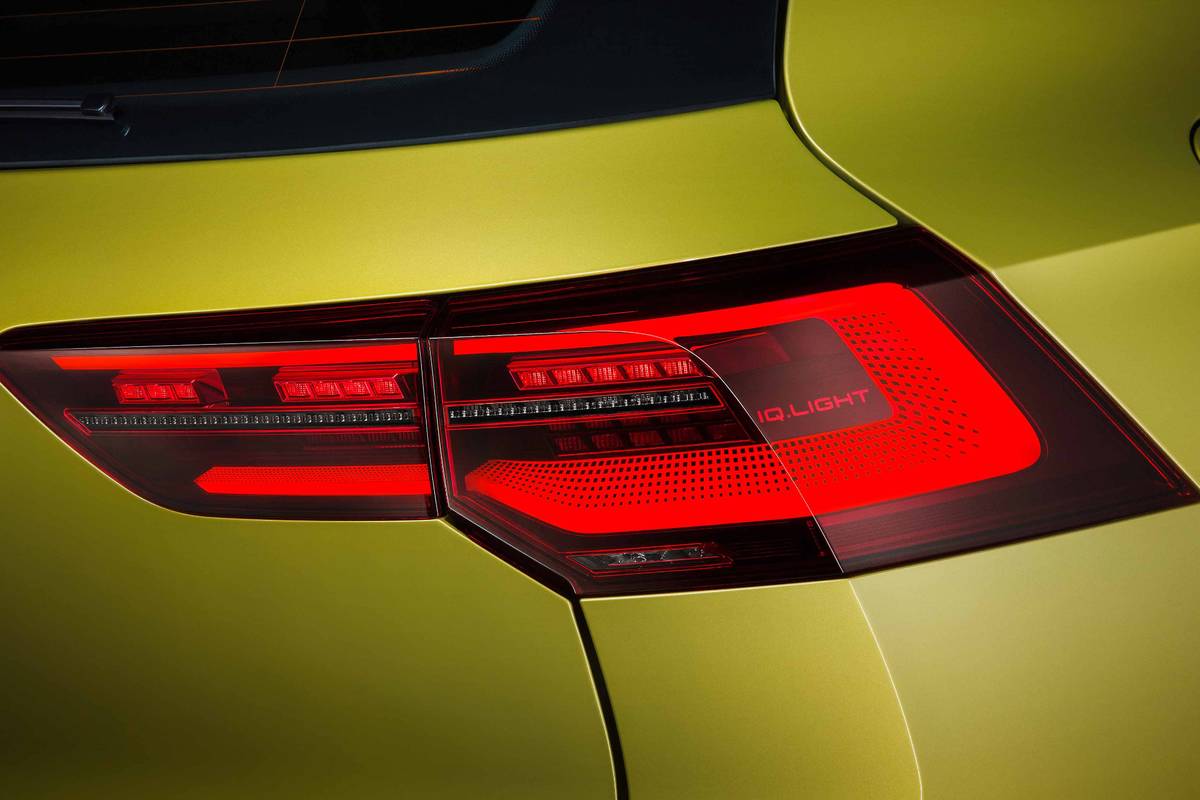 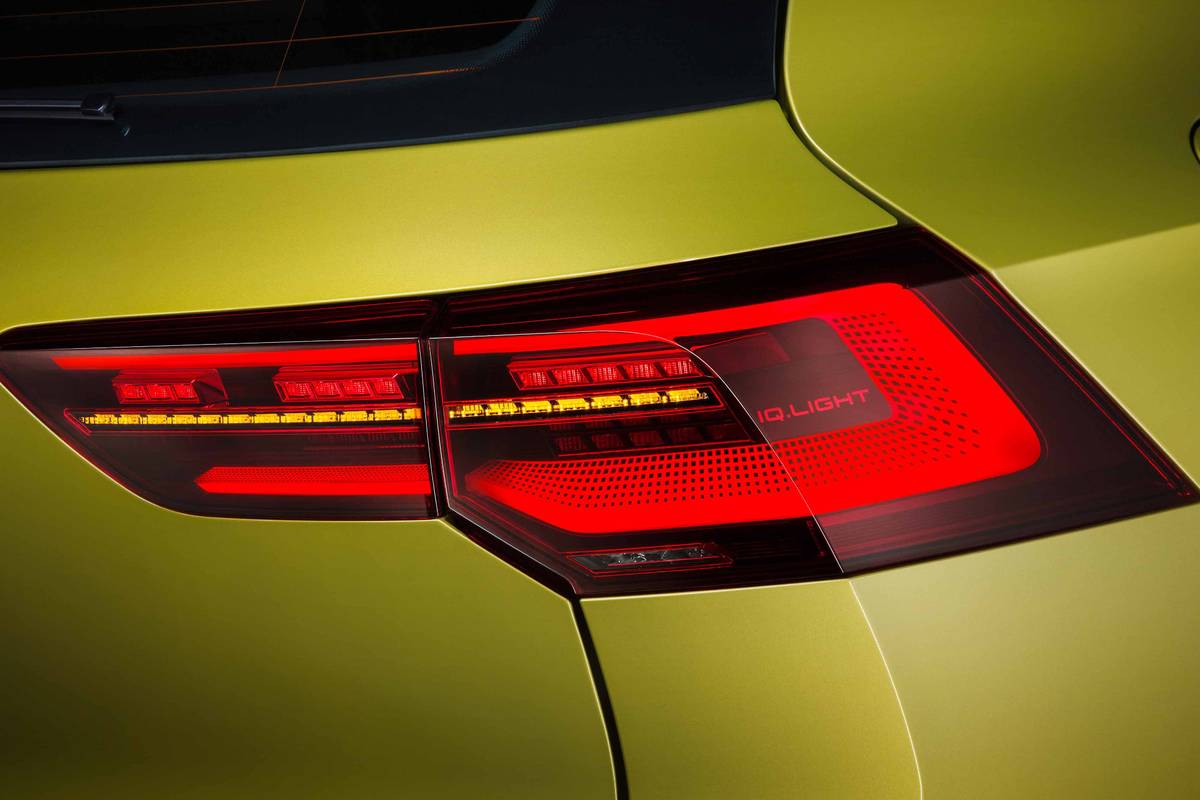 1/11
Eighth-generation Volkswagen Golf (European version shown) | Manufacturer image
Don’t miss out on the latest news, reviews and videos from our in-house experts. Get updates in your inbox.

1. We Still Get to Have the Most Fun

Right off the bat, the best thing about the new Golf is that Volkswagen will bring to the U.S. a GTI and an R — both redesigned on the basis of the eighth-generation Golf — as those two performance editions are the most fun versions of the hatchback. The regular seventh-generation Golf isn’t exactly a snooze to drive, either, so applying the eighth-generation improvements to the GTI and R should hold promise for those who enjoy spirited driving. Drivetrain details for the GTI and R remain pending, but the current cars make 228 and 288 horsepower, respectively. We’d expect (read: prefer) some kind of increase, at minimum.

Volkswagen, like Tesla and now Volvo, is getting into scalable vehicle technology. Thanks to what VW is calling We Upgrade, various technologies on any Golf will not only support updates after purchase, but even wholesale upgrades. VW hasn’t confirmed to Cars.com that the We Upgrade feature will make it to a version of the car we’ll see here in the U.S., but hopefully this will propagate to other models sold here. 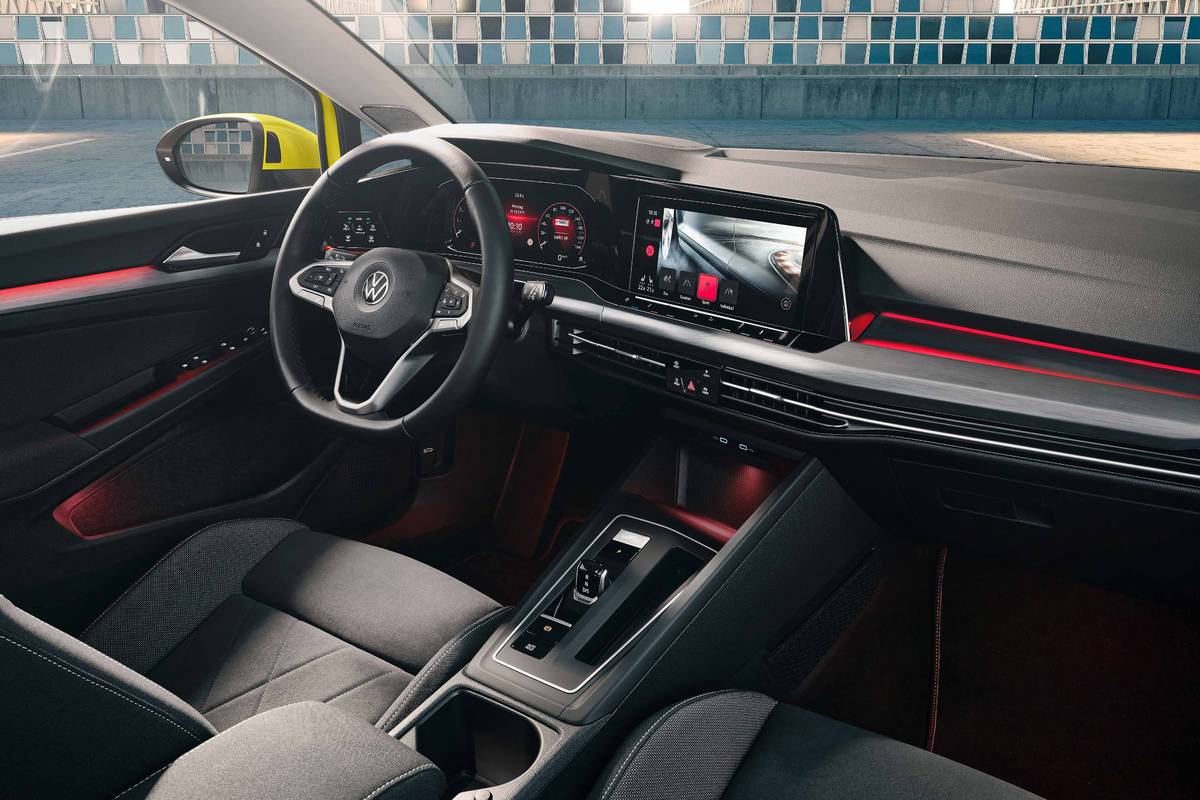 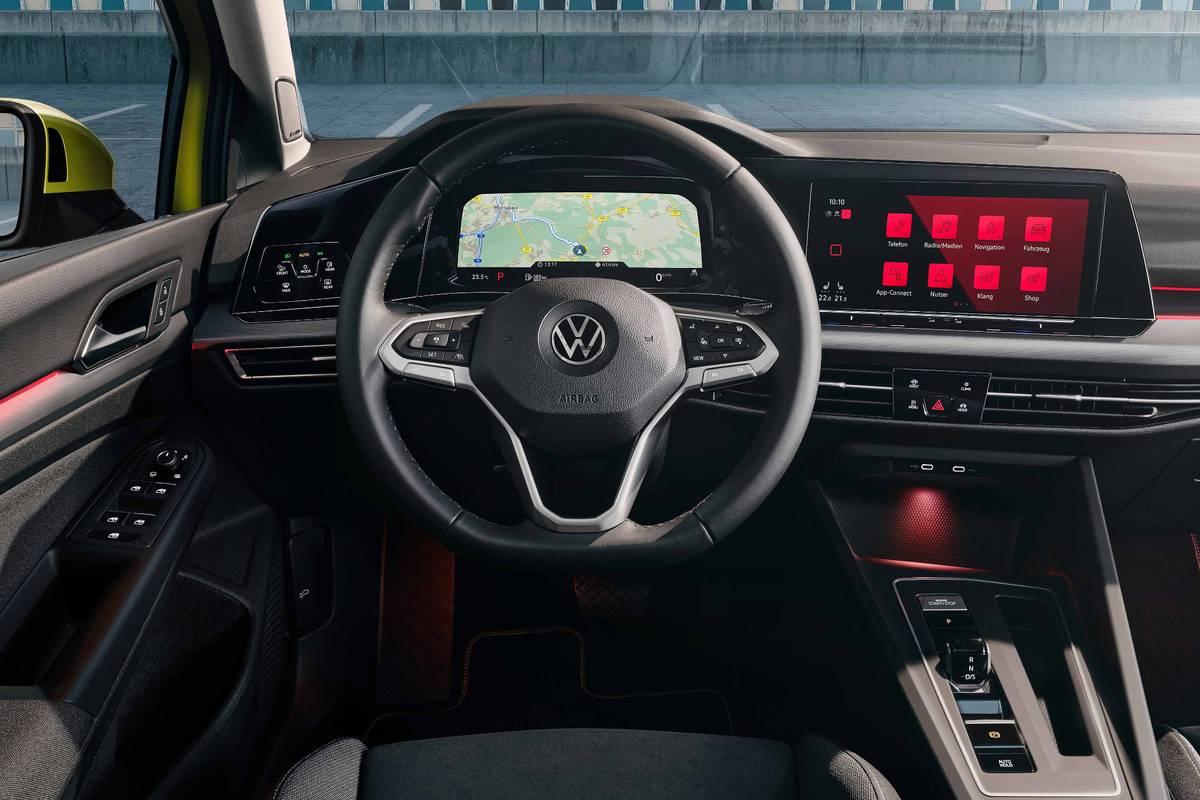 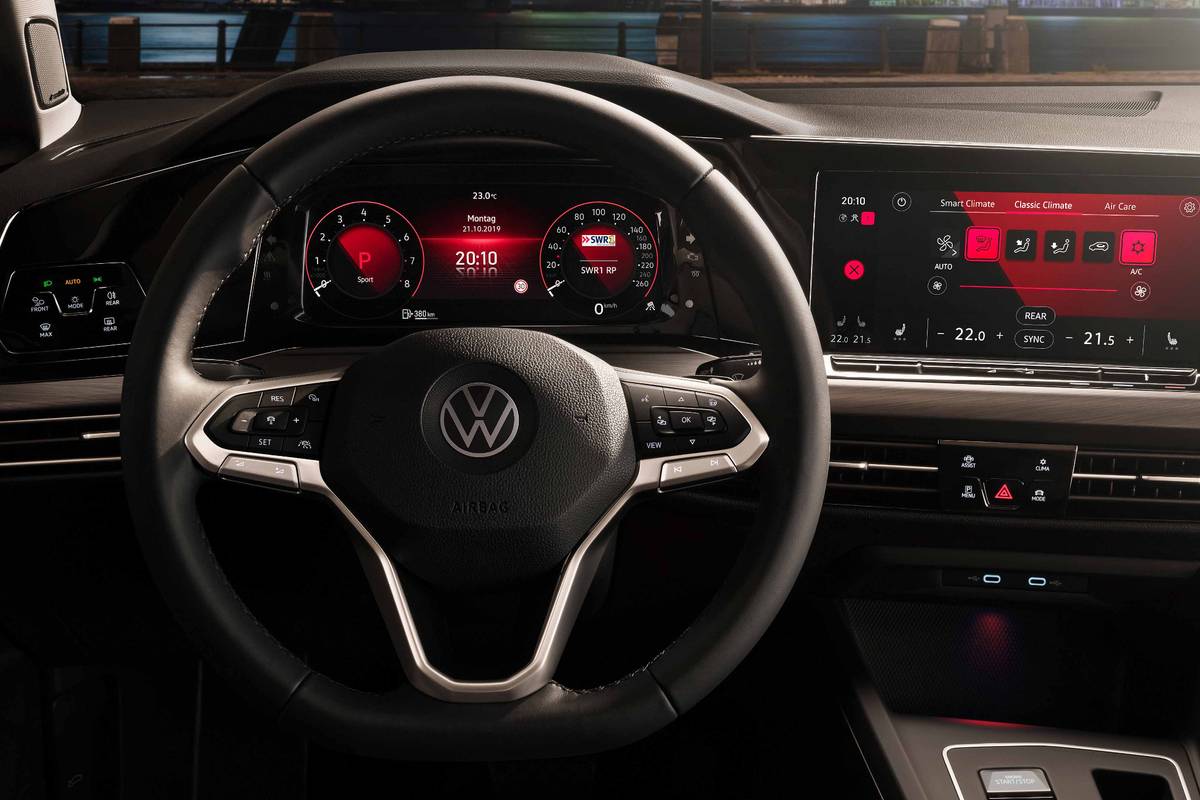 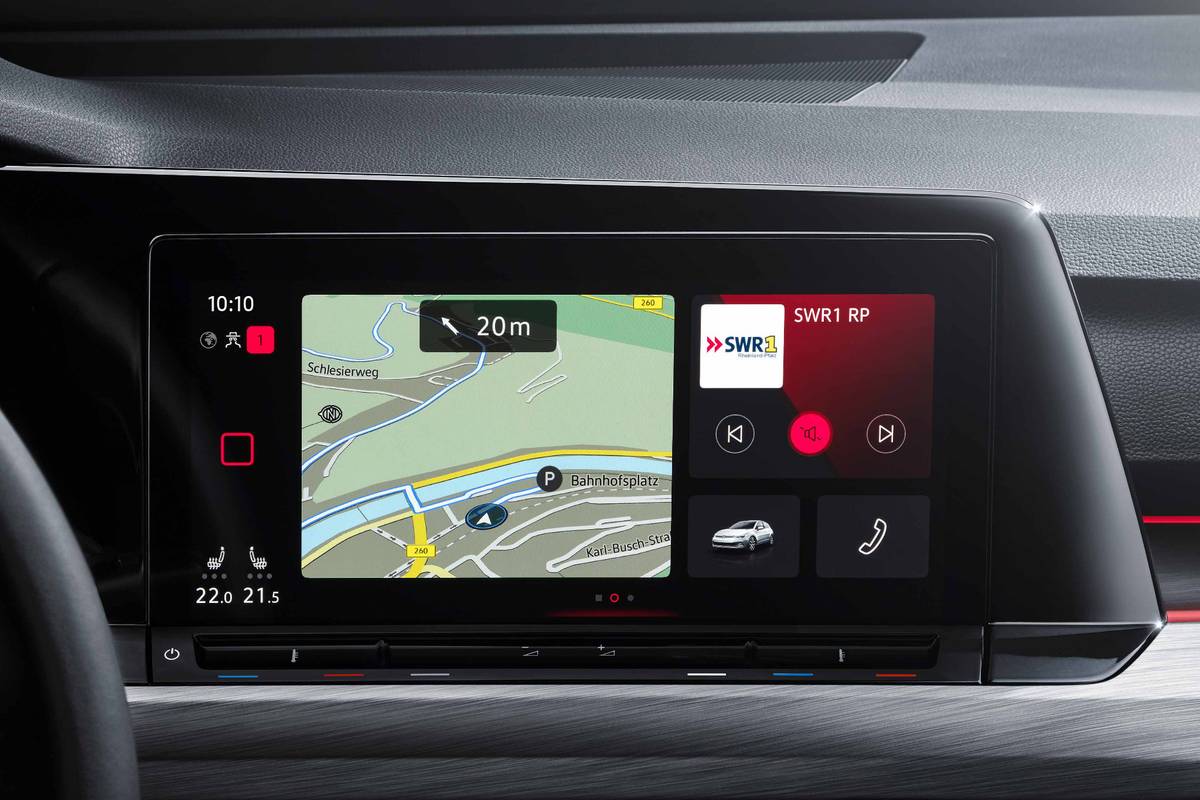 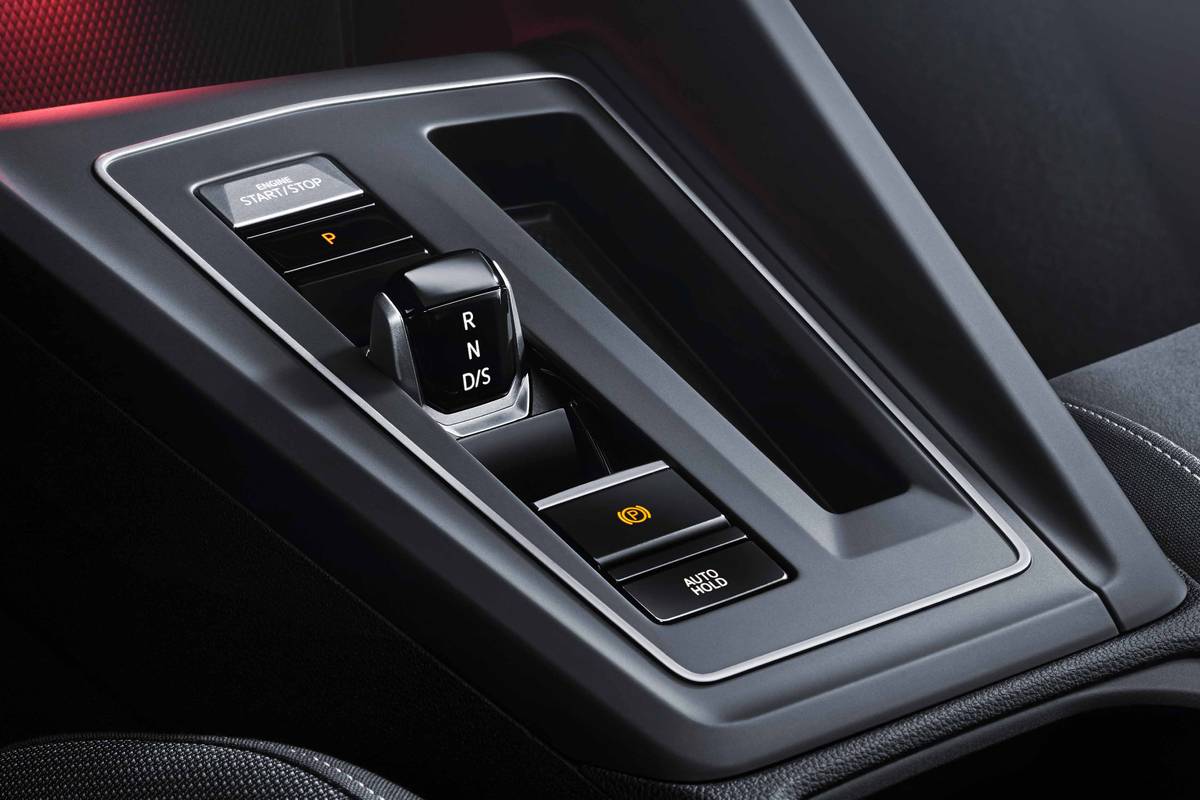 The Golf will immerse drivers in a digital world, with a virtual gauge cluster, in-car voice control and what appears be a phalanx of touch-sensitive controls — something we’ve taken issue with in cars from Ford to Honda. Execution matters, of course, so we’ll have to use these in person before issuing a verdict. A head-up display will also be available. The new Golf will also feature standard vehicle-connected services (with an available upgraded set of services) and standard Amazon Alexa integration.

Headlights are an important aspect of vehicle safety — just look at how many cars miss out on Insurance Institute for Highway Safety awards due to subpar headlight ratings. In the case of the new Golf, all lighting features will employ LED units; that’s no guarantee of a safety award, of course, but it could help. Available on at least the European version of the new Golf will be VW’s IQ.Light LED technology, which employs 22 different LEDs in each headlight alone.

Volkswagen was unable to confirm whether all of the European Golf’s safety technology will come to the U.S. Golf GTI or Golf R, but the list is long. Among the new features in the eighth-gen Golf are vehicle-communication technology that allows the Golf to communicate with other vehicles and infrastructures, as well as VW’s Travel Assist semi-autonomous driving assistant that can operate acceleration, brakes and steering at speeds of up to approximately 130 mph. Drivers have to keep at least one hand on the wheel, VW says, but the sensors now employ a capacitive sensor, so all you need to do is touch it. By contrast, many of today’s lane-centering steering systems intuit hands on the wheel by way of steering force applied, which can annoyingly trigger alerts to put your hands on the wheel when they’re already there.

The connected services for the new Golf will also include the ability to unlock the Golf with a compatible smartphone as your key, similar to technology available from Tesla vehicles and the new Hyundai Sonata. This will be a feature on the Golf for Samsung phone users specifically and it’s unclear if it will make it to the Golf GTI or Golf R, but it’s nifty nonetheless.

Styling for the new Golf isn’t a radical departure from the seventh generation, with visual proportions roughly similar to the outgoing generation. Even the wheelbase of the redesign is unchanged. Despite that, aerodynamic improvements cut the drag coefficient to 0.275 from the prior 0.29, helping the new Golf cut through the air more efficiently. Whether extra aero bits on the GTI or R will alter such efficiency remains to be seen, as the outgoing variants both had more aerodynamic drag than the standard Golf.

We started with good news for enthusiasts, and we’ll end the same way. The new Golf will be available with a six-speed manual transmission, and Volkswagen spokesman Mark Gillies confirmed to us that the GTI and R will also offer a manual.

We’ll have more details on a U.S. version of the eighth-generation Golf in whatever form it takes as they become available. The eighth generation Golf goes on sale in Europe in December, and Gillies notes that U.S. versions “are usually a year later than the European models.” Stay tuned.