Below are thoughts from our editors who were locked in a room and forced to come to a unanimous decision on a winner. We also list the other cars that were in serious contention.

Our final list of nominees for the award ran like this: Audi A4, Honda Fit, Hyundai Genesis, Mazda6, Nissan Murano, Subaru Forester

Joe Wiesenfelder
I pushed for the Genesis as Car of the Year from the beginning. It’s the one model that had come to mind for months whenever someone asked, “Have you driven anything interesting lately?” If you aren’t hung up on brand names, there’s zero doubt the Genesis is a luxury car.

One thing we demand for our new award is that it reflects the current car-buying climate. The best full-size SUV that’s ever been built could not have won in this era of volatile gas prices and throttled consumer spending. The Genesis is a large car, but among the full-size luxury cars with which it goes toe-to-toe on many levels, it has great mileage and is astonishingly affordable.

In our deliberations, we troubled over choosing a luxury car — any luxury car — in 2009, which of course raised the standing question: Can it really be a luxury car under the Hyundai brand? Would Mercedes drivers really move on to a Hyundai Genesis? It’s not out of the question. Some people who continue to spend do so quietly. It’s been reported that Rodeo Drive shoppers are increasingly asking for plain shopping bags rather than ones that say “Gucci” or the like. It’s termed “stealth wealth” among people who want to avoid guilt. The Genesis is an alternative for people accustomed to full-size luxury but no longer in the position to afford it. And, of course, the Genesis is the luxury car some of us thought we’d never own. The luxury aspect proved to be a plus, not a minus. In these sober, often somber times, it’s nice to find a new car that isn’t solely practical. The Genesis definitely is a practical choice, but it’s also a car you can get excited about. In 2009, we need that.

David Thomas
For me, the Subaru Forester was the clear winner. It has a really low starting price — under $20,000 — that includes all-wheel drive standard. That makes it the least expensive AWD SUV on the market. It has the vaunted Subaru reliability, and it’s a Top Safety Pick by the Insurance Institute for Highway Safety. With the economy being the way it is, families who need reliable transportation may be the only group that “has” to buy a new car. The Forester would be a great choice for that group without a lot of risk in terms of making a large investment.

So how did I get beaten up to the point where I agreed with the others on the Genesis? Well, it really came down to how impressive the Genesis is not only as a value pick for its class, but also how much it clearly won on its own merits as a terrific car to drive. The Forester’s sluggish transmission and so-so gas mileage damaged it in the eyes of the other editors, and I had to agree. Even so, it was the Forester versus Genesis battle that took the most time in our deliberations.

Mike Hanley
The Hyundai Genesis was my pick for Car of the Year from the start, but it wasn’t the only model I nominated. Also in the running were the Nissan Murano crossover and Mazda6 sedan. Both models have been redesigned, and the changes make them much more appealing in their respective segments.

In the end, I chose the car I felt was flat-out the most impressive, and in my mind that car was the Genesis. Whether you’re talking about performance, comfort, interior quality or features, the Genesis excels without breaking the bank. It’s a combination that seems especially relevant today.

Kelsey Mays
Early on, I threw my weight behind Audi’s redesigned A4, a car whose strengths — relative value, gas mileage, roominess — seem better suited for our times than those traditional premium attributes like styling, refinement and power. (Which the A4 still has in ample supply, mind you.) Audi has created something quite different from the reigning BMW 3 Series, and that’s a move that usually leads to failure. Not the case here: Though it’s only eight-tenths as engaging to drive as a 3 or an Infiniti G, the A4 frees you from a great number of compromises that the heavy hitters demand — namely ride comfort and heavy steering. For the majority of entry-luxury car buyers, the reality of the daily commute makes Audi’s an equation worth considering.

That said, it took awhile for the A4’s charms to work on me. The Genesis impressed me immediately. It represents more bang for the buck; cabin refinement ranks up there with $50,000-$60,000 cars’, and the 4.6-liter V-8 is hang-the-tail terrific. (The V-6 is no slowpoke, either, but for truly effortless gait, you must get the eight.) Many would argue this isn’t a car for the times, but consumers of all stripes are hurting, and Hyundai gives ‘em flagship-car luxury for a lot less. That it’s from a company whose lineup produced the Excel last decade is even more remarkable. The Genesis is a winner in my book. 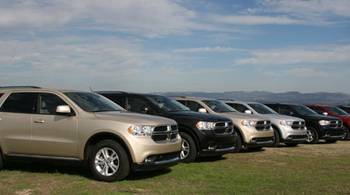 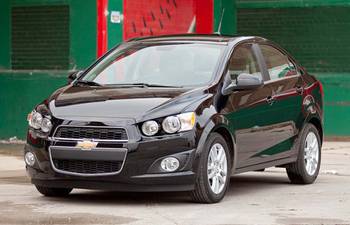