Is it possible to love and loathe your car at the same time? When it comes to commuting in the car, the answer is: “Absolutely!” Especially if your commute sucks. More than 80 percent of Americans commute to work in a private vehicle, according to the most recent U.S. census. In a Cars.com survey, respondents said they’re average commute is 21 to 23 minutes. Color me green with envy — my 8-mile drive is usually double that.

Related: Video: Which City Has the Worst Traffic?

Cars.com’s survey found that 47 percent of respondents drive to work and back for the flexibility it allows, but 45 percent said they don’t have access to public transportation. I’ve got a lot of options when it comes to getting from my place on Chicago’s North Side to our downtown office along the Chicago River. I can take two different train lines, the bus (not my fave) or drive in my own car or a test car.

For me, commuting is part of my job because I test-drive the many cars that are in our offices for evaluation. Test-driving these cars is a great perk, but there’s nothing more frustrating than puttering along the highway at 15 mph in a car that’s screaming to go well over the speed limit. Of course, sitting in traffic allows me to try out self-driving features such as stop-and-go adaptive cruise control.

For the most part, I’m not too frustrated when I’m driving to work and home again. After years of driving, I’ve realized that the commute doesn’t go any faster if I’ve worked myself into a lather about how damn slow traffic is that morning. I freely admit I would rage behind the wheel back in my 20s. Apparently there is something to this whole “aging gracefully” thing.

My mostly relaxed approach to the commute could also be chalked up to where I live: Chicago. According to Cars.com’s survey results, Chicagoans feel content and happy when driving (it could be that we’re happy to be in a warm car and not the cold, wet spring or never-ending winter). They tend to sing and listen to music in the car (I do this and occasionally wonder how weird I look to my fellow commuters) or listen to the news, which is my M.O. for my morning commute.

Chicagoans aren’t alone in enjoying their commute. People in Houston are in the same boat — or, car, as it were. The respondents shared that they’re most likely to eat or drink during their commute, and get distracted by their cellphone (not cool, Houston, but Atlanta residents are right there with you on the texting and driving). They overshared that they’re also likely to pick their nose. That’s just gross. Also, does the nose-picking come before the cellphone usage or after? Think about that, Houstonians.

All the Road Rage

According to the Cars.com survey, residents of Los Angeles and Washington, D.C., have it the worst when commuting. D.C. residents said they feel annoyed, angry and exhausted when driving; they also said they’re most likely to let loose with some F-bombs while behind the wheel. No judgment from me on that.

I feel sorry for the road warriors in Los Angeles; I’ve sat in that traffic and it’s ridiculous. They hate their commute the most out of all the residents of the five cities surveyed. Their daily commute stresses them out, and they’re most likely among those surveyed to nod off while driving.

Self-Driving Cars Ain’t Gonna Save Ya!

I can’t say I’m surprised to learn that the L.A. respondents were most likely to give up their vehicles for an autonomous car.

It’s going to be years before self-driving vehicles are ready for the commuting masses. The commuting public needs to come to terms with their collective commutes and find a way to chill out, whether that’s singing at the top of your lungs, listening to the news or mining for nose gold (seriously, what’s up with that?!).

And to the 69 percent of respondents who think they’re better drivers than everyone else on the road … uh, think again. Next time, let me in when I’m trying to change lanes. 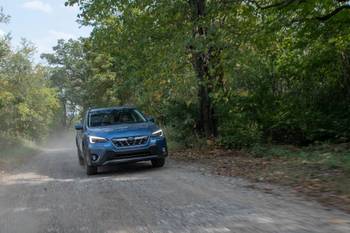 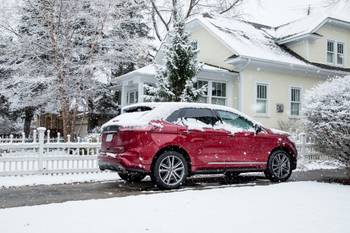 Winter Weather Heading Your Way? Read This Before Heading Out