Honda parlayed its sponsorship of esports, where it’s the official automotive sponsor of Team Liquid, to reveal the prototype of the next generation of its popular (and Cars.com comparison-winning) Civic compact car on the streaming platform Twitch. If you don’t know what Twitch is, ask your kids or U.S. Rep. Alexandria Ocasio-Cortez, D-N.Y.

Taking a page from Nissan and its Z Proto, the Civic prototype isn’t a fanciful concept but a very close to production-ready look at the new Civic sedan we’ll see early in 2021. We’ll have to wait longer to see the hatchback, however (Honda already axed the coupe). We’ll also need to wait for details on performance versions like the Si or the Type R. But enough about what this prototype isn’t — let’s talk about what it is. 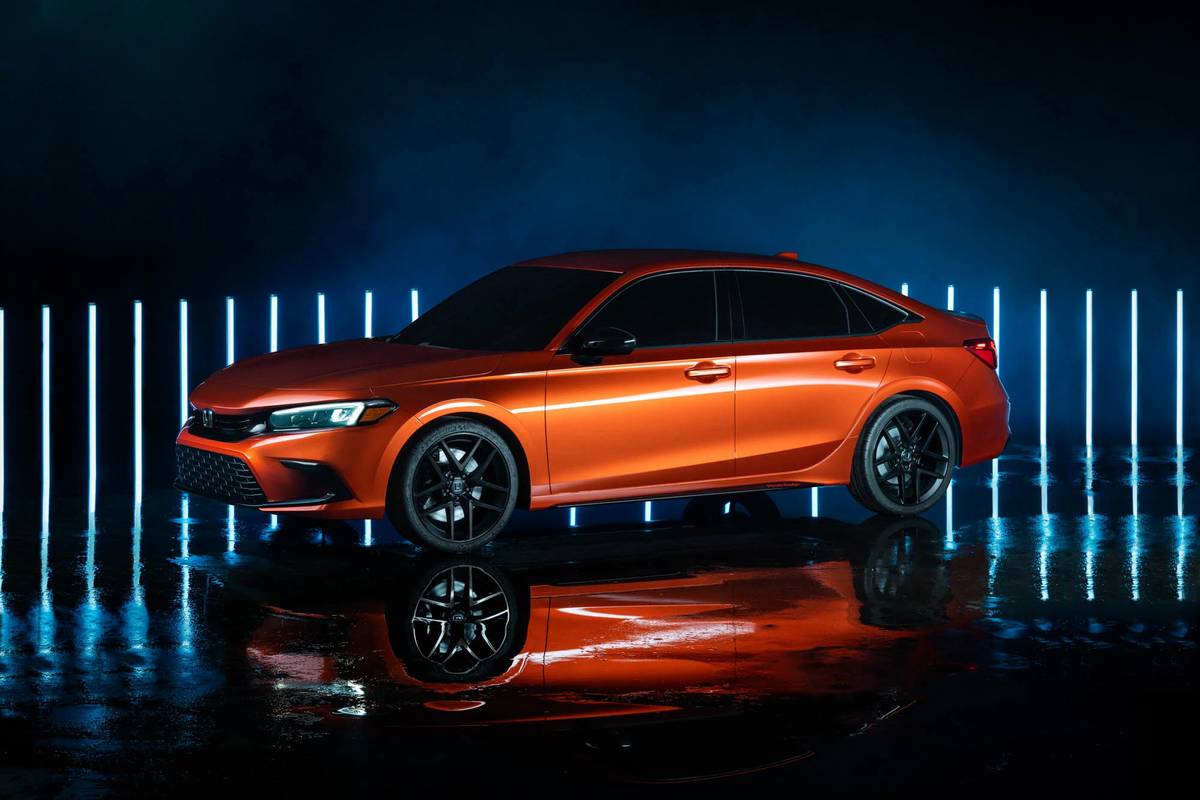 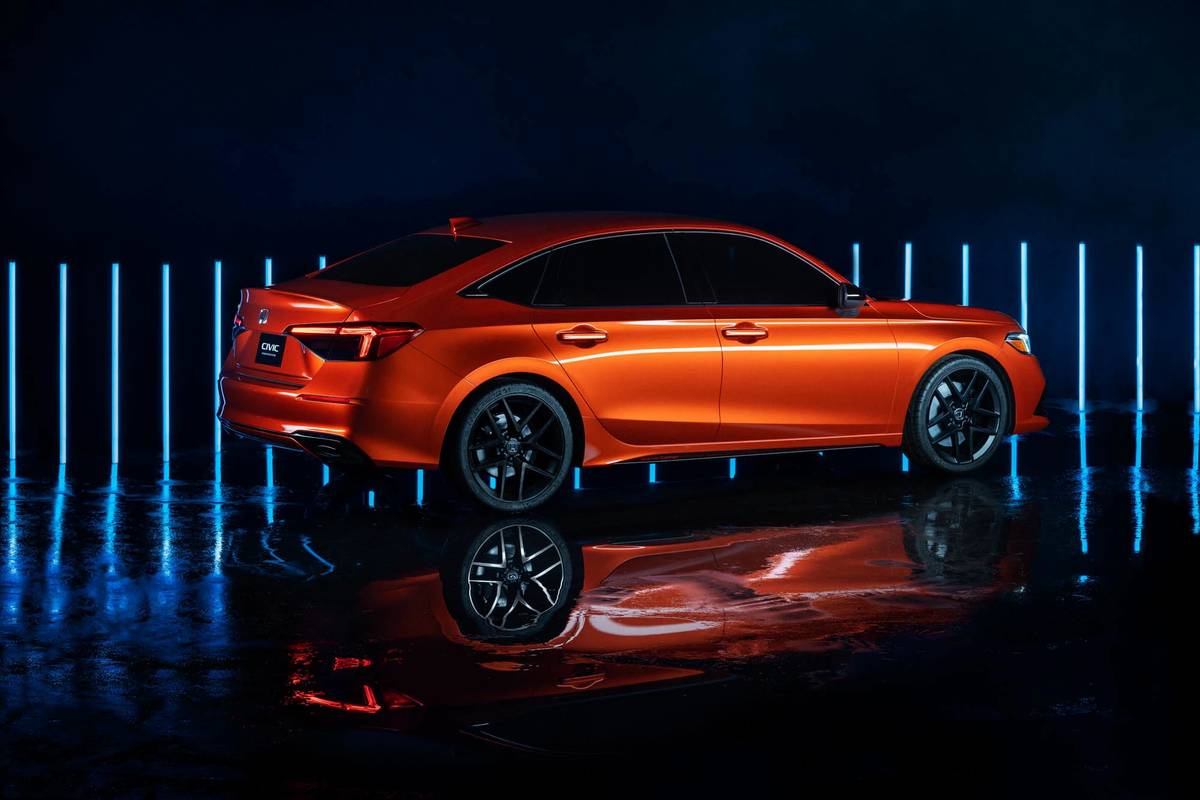 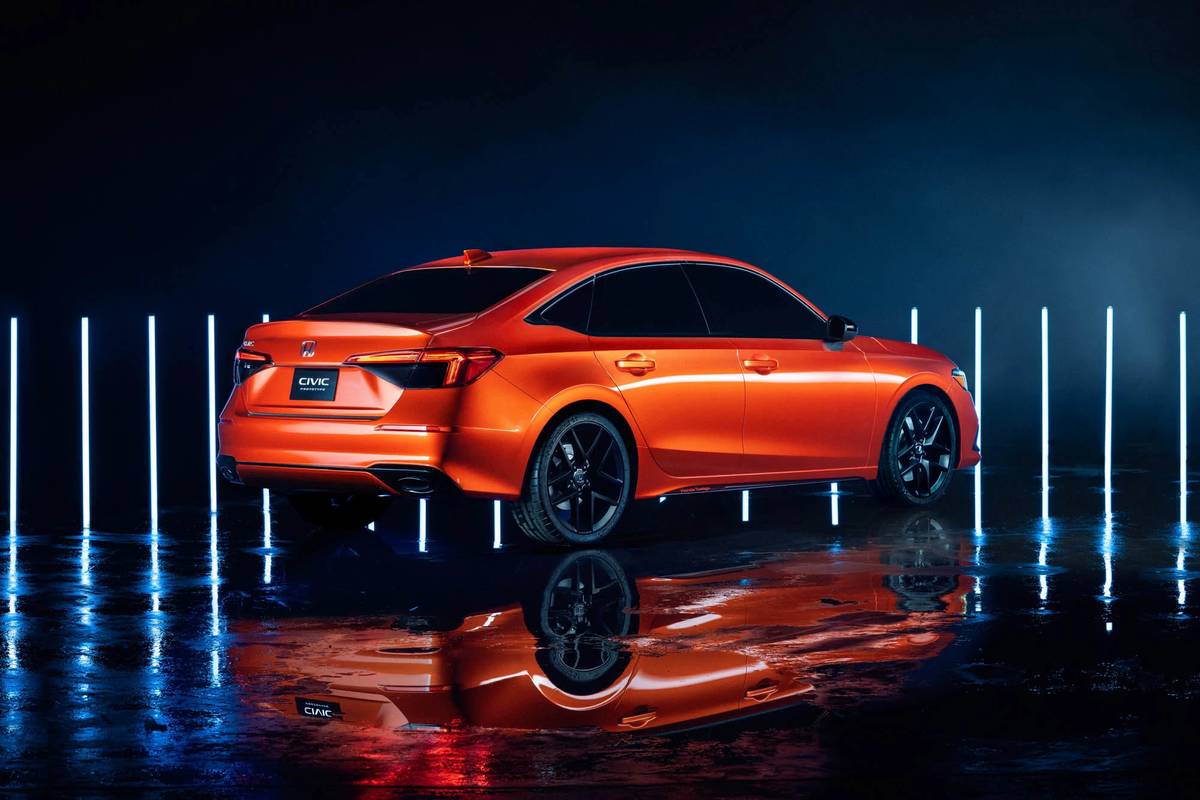 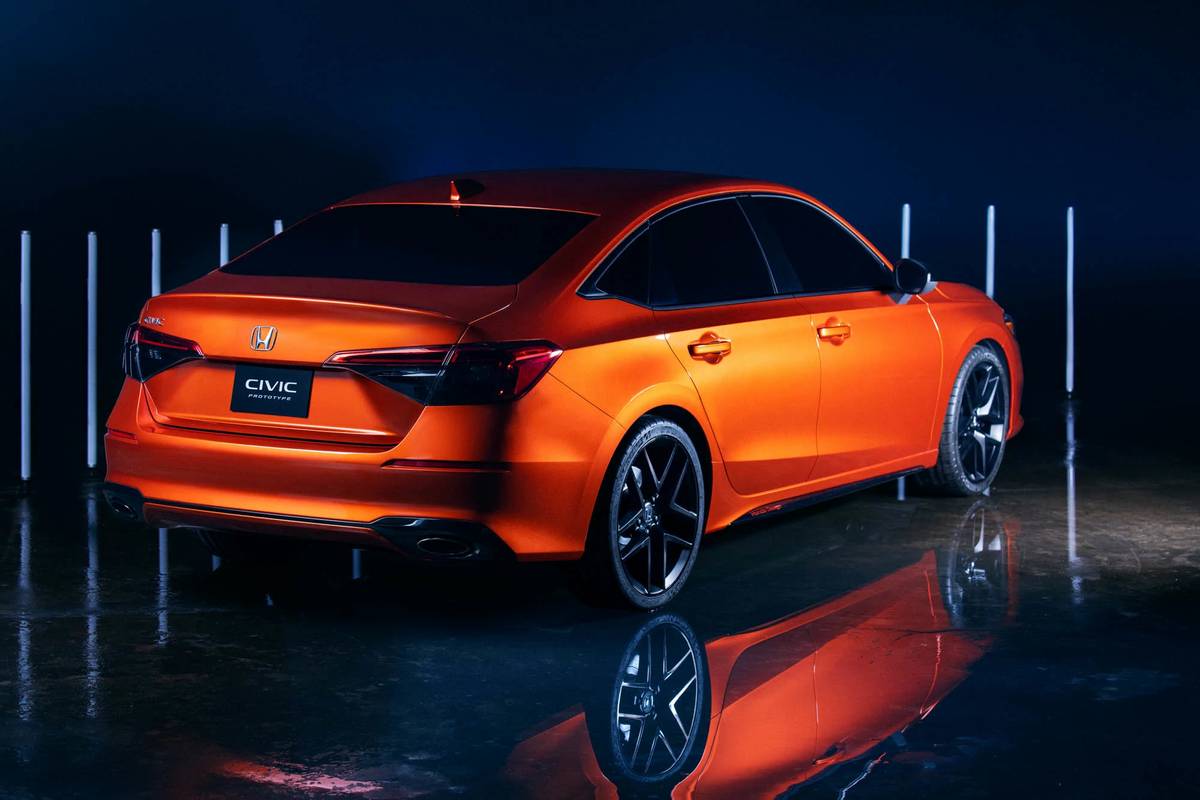 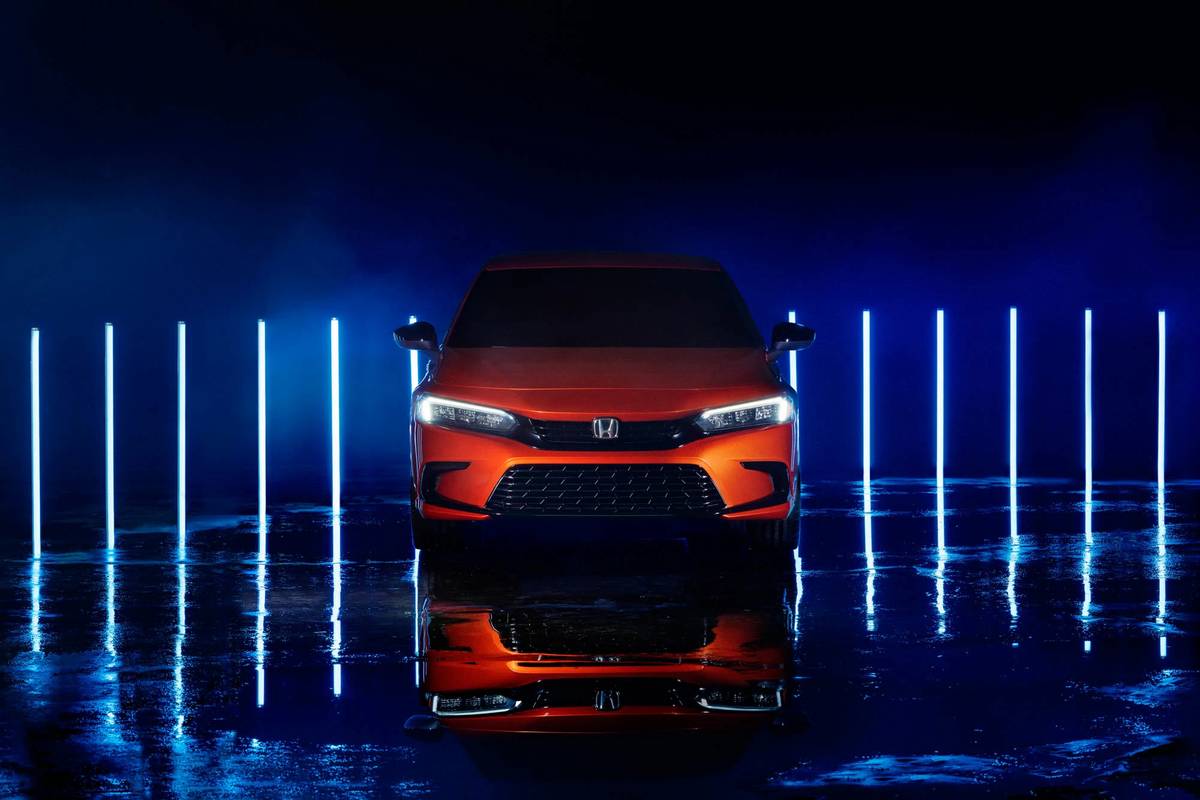 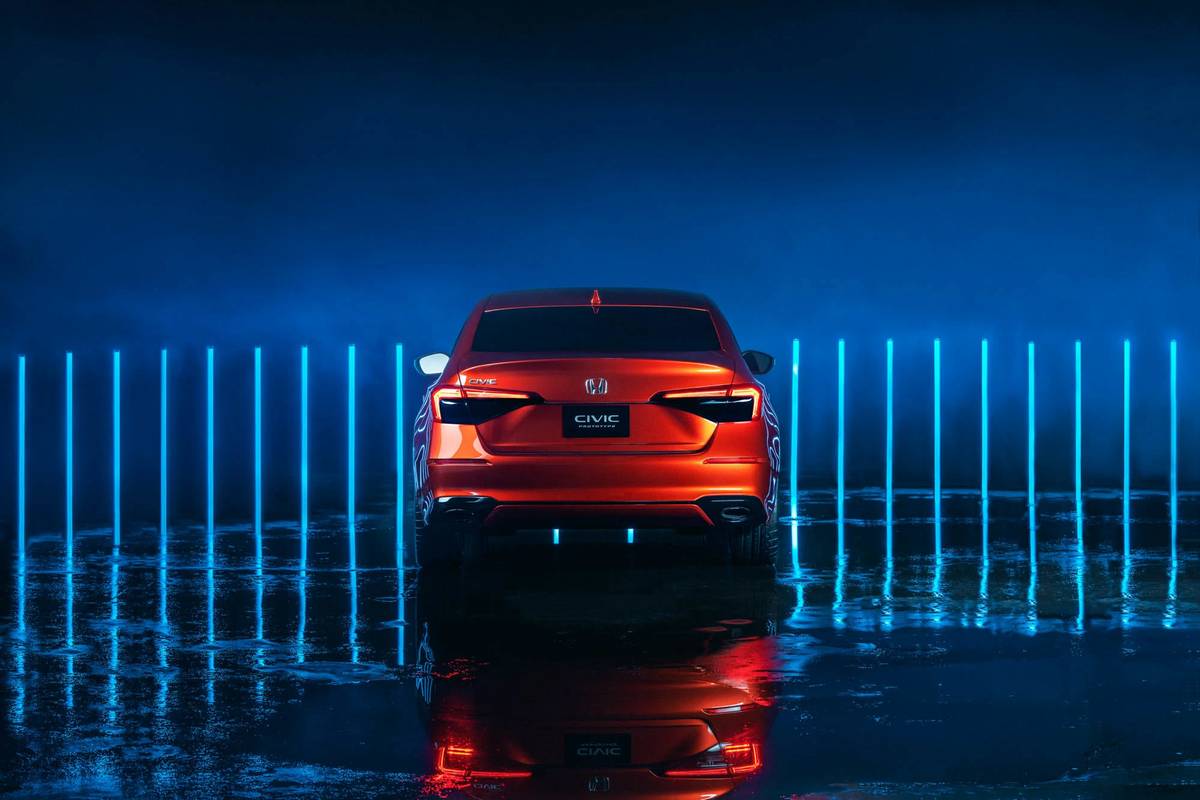 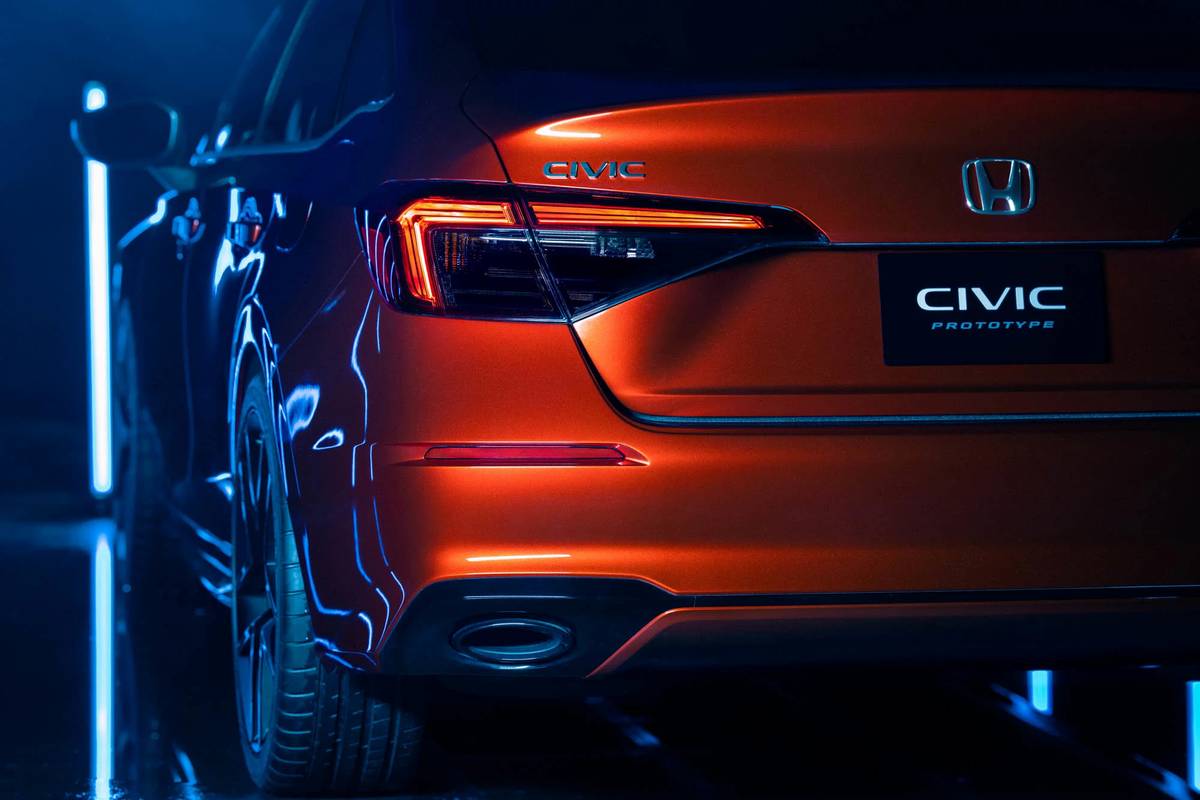 Up front, the Civic prototype ditches the current version’s large, fake “air intakes” at the corners of the bumper for angular elements that sit beside the split grille’s larger lower front opening. Slimmer-looking headlights give the prototype a sportier look than the current Civic’s non-Si or Type R design.

Along the sides are subtle, sculpted lines that evoke the new Acura TLX or, outside of the Honda family, Lexus IS, giving the prototype a more premium look. For wheels, Honda chose a set of black five-spokes that offset the metallic orange paint, a belated taste of Halloween. The rear forgoes the current Civic’s chevron taillights extending to the decklid for more traditional-looking thin units. The roofline borrows a lot of the current Accord, with a slope that blurs the line between sedan styling and liftback or hatchback styling.

Honda also wanted to improve cabin visibility and moved the A-pillars rearward, out of the driver’s line of sight. It also mounted the side mirrors to the doors for a clearer view out the side windows.

Unlike the exterior, Honda only provided a sketch of the prototype’s interior, but it shows a cleaner and simpler look reminiscent of the e Prototype electric city car. New technologies that will debut on the next Civic include a digital instrument cluster and a 9-inch infotainment screen. A bummer: The infotainment screen shows only one physical control, likely the volume knob.

An interesting design touch is a single honeycomb mesh insert that runs horizontally across the length of the dashboard, concealing the air vents without impeding air flow because Honda deemed the vents “visually busy.”

Safety remains a priority for Honda with the next Civic, starting with as-of-this-writing “multiple new active and passive safety systems,” including unspecified updates to the Honda Sensing suite of safety tech and “new airbag designs.”

Pricing, Release Date and Other Things We Don’t Know Yet

Since this is a prototype, that does mean some details aren’t clear yet. We don’t know how powerful the next Civic’s engines will be, though Honda says they will be more powerful and more fuel-efficient. Transmission choices are also unclear, though the interior drawing shows an automatic gear selector. We also don’t have a clear picture regarding pricing, the aforementioned hatchback or performance variants.

Honda says the 2022 Civic will arrive in the late spring of 2021. Between now and then, we’ll likely see the additional variants, get more details about the official production version and, if we’re lucky, be able to drive it and tell you what it’s like.