CARS.COM — No offense cigarette smokers, but the last time cigarettes looked cool was when John Travolta and Uma Thurman chain-smoked over cheeseburgers, steaks and $5 milkshakes in “Pulp Fiction.” According to the Centers for Disease Control and Prevention, the percentage of U.S. adults who smoke cigarettes declined from nearly 25 percent in 1997 to just more than 15 percent in 2015. Meanwhile, in the past two decades more than half of U.S. states have enacted indoor smoking bans. It seems like one of the only places smokers have left to freely enjoy their vice is in the sanctity of their own car — though that, too, has been gradually going up in smoke. Fewer and fewer auto manufacturers now include car ashtrays as a standard feature, leaving cigarette smokers without an ashtray.

While fewer people smoke now, the lack of an ashtray still leaves many drivers and passengers without a safe place to dispose of ash. Flicking ash out the window could result in it ending up in someone else’s car, and ash from cigarettes is a common cause of wildfires. So if there is no ashtray, where are smokers supposed to dispose of ash and cigarette butts? Are there still vehicles that come standard with ashtrays?

As business-news publication Quartz previously reported, by the time Hyundai announced in late-2013 that it would eliminate what used to be known as the cigarette lighter in its cars and replace it with a USB charging port, the movement away from accommodating smoking motorists had already been gaining steam for nearly 20 years. Chrysler helped spark the trend in 1994 with the introduction of its first cars in half a century without ashtrays, Quartz noted. Since then, that little push-in lighter that uses the auto’s circular 12-volt jack to heat up coil springs has all but disappeared, while the jack itself has been appropriated to plug in portable electronic devices such as radar detectors and cellphone chargers.

With smoker-friendly implements like in-console lighters and ashtrays seemingly disappearing into thin air, we at Cars.com got to wondering how many auto manufacturers offered car ashtrays and smoking accessories as standard or optional features. Turns out — if you’re willing to buck up the extra cash — a lot. If you want a car with a lighter and ashtray for the front, and in many cases even a rear ashtray, you can find it on nearly 700 model-year 2015 vehicles from nearly two dozen automakers, according to a Cars.com inventory search. If all you need is an ashtray, whether it be factory-installed or a dealer add-on, you can still get one on more than 4,000 models from nearly three dozen automakers. In many instances, though, drivers have to pay up for the ashtray option.

The more luxurious among the optional smoker’s packages are naturally from luxury automakers and cater to cigar smokers. Bentley has one of the more alluring-sounding ones, if you like having a stogie in one hand while steering with the other. Bentley calls the smoker’s package available on current Continental models the Freedom of Choice option.

“While certainly not for everyone, for those who choose to smoke in their Bentley, it’s only fitting that our designers have created a most stylish means of doing so,” the automaker said in a statement. “The Smoker’s Pack comprises of an anti-slip mat, cigar lighter and cigar ashtray, beautifully embossed with the Bentley ‘B.’ “

But like a Bentley or the habit of smoking itself, the smoker’s package ain’t exactly cheap. On the 2015 Continental GT, a front ashtray with a cigar lighter is $340, and $415 for ashtrays and cigar lighters in both the front and rear. The 2015 Aston Martin V8 Vantage’s , which also includes an ashtray and cigar lighter, will set you back $570, while the similar 2015 Ferrari 458 Italia’s runs $578. Available as a no-charge option, however, on the 2015 Porsche Cayenne with front and rear cigarette lighters and ashtrays.

But don’t worry: You need not have money to burn to enjoy the luxury of smoking while driving. While the aforementioned cars all cost between $60,000 and $250,000, you can also get a factory-installed 2015 Ford Fiesta. Some of the smoker’s packages offered by automotive manufacturers are designed with car ashtrays that fit in the cupholder. There are also universal cupholder ashtrays that can be used in just about type of vehicle. Of course, choosing this as a solution means sacrificing one of your already-limited cupholders.

Despite continued availability of smoking accessories like car ashtrays and lighters, environmental health and safety laws, and cultural shifts continue to clamp down on smokers, and increasingly they’re creeping into the cabin of their cars. Many states already have laws that prohibit smoking in a car where a minor is present, and others are likely to follow. But hey, if the existence of smokers’ car accessories, like ashtrays, is someday crushed out entirely, you’ll still be able to plug your smokeless  e-cigarette into that USB port where your lighter used to be. 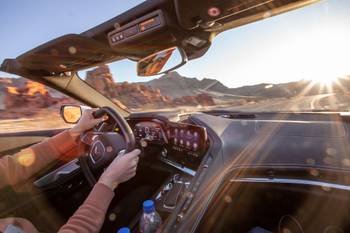