Aside from Hollywood and the military, there’s no industry that creates as many icons as the car business. Whether it’s through expressive styling, performance under the hood or some other factor, the auto industry has a knack for taking steel, glass and rubber, and creating cars and trucks that become universally symbolic. It’s these iconic cars that offer a window into America’s history with the automobile.

With so many from which to choose, we decided to narrow our focus to cars from the past 25 years. From an initial list of 30 contenders we whittled down to the 10 you see here. Be sure to let us know in the comments section below what cars you think are the most iconic and which ones we missed.

No other car is more responsible for popularizing the green-driving movement than the second-generation Toyota Prius hybrid. Embraced by celebrities and everyday drivers alike, the Prius’ 46 combined mpg rating made it a great way to lower fuel costs. Just as important, its distinctive, aerodynamic hatchback styling was an ideal way to communicate the driver’s eco ideals without saying a word. There are plenty of hybrid competitors today, but the Prius paved the way for them all.

Ask a car person to name a small, sporty roadster that won’t bust your budget and chances are good they’ll say the Mazda MX-5 Miata. Whether you’re looking for a fun convertible or an entertaining driving experience, the Miata has been a go-to source for years. The fact that it was teamed to one of the most successful TV commercial catchphrases of all time – don’t make us write zoom twice — just solidifies its iconic stature.

The original VW Beetle has to be part of the conversation when considering the most iconic cars of all time, and its modern-day successor, the New Beetle, has managed to carve out its own niche as an icon by making retro design cool. It also showed the limitations of the retro styling movement as the car’s exterior remained mostly unchanged for its decade-plus run.

Ford had a big swing and a miss with the retro-themed 2002 Thunderbird, but the automaker was considerably more successful with the fifth-generation Mustang, which brought a number of classic Mustang design cues back to Ford’s long-running muscle car. It also opened the door for Chevrolet and Dodge to field retro-inspired competitors.

From its bold styling to its thumping V-10 engine, the first-generation Viper was both over-the-top and elemental, and few cars since have possessed its single-minded performance focus. Until the Viper, exotic performance cars had mainly hailed from the other side of the Atlantic, but that all changed with the snake’s debut. It was such an in-your-face design that Hollywood made it the star of a TV show instead of a human lead. Luckily, the Viper’s reign on the street long outlasted the series bearing its name.

Jeep is an iconic American brand, and its most iconic model is the Wrangler, which to this day is still reminiscent of the original World War II jeeps. As the Wrangler has grown up, it’s become more refined (especially in recent years), but it remains one of the purest expressions of off-road performance you can buy.

A modern interpretation of the classic Mini, the Cooper was an entirely new, premium take on the small-car formula. Fun-to-drive, quirky and with seemingly endless ways to personalize it, the Mini Cooper showed that Americans weren’t dead to the idea of small cars. It also countered another trend on the rise at the same time that the next car on the list exemplifies.

Before the Great Recession, bigger was definitely better in the car business, and there weren’t many things bigger than the Hummer H2. A military-styled SUV built on GM’s full-size truck platform, the H2 was a rolling salute to conspicuous consumption. What it wasn’t was efficient, and when gas prices hit the $4 mark, the tough-truck fad faded, and the H2 — along with the entire Hummer brand — met its demise.

No other vehicle is as responsible for bringing SUVs into the mainstream as the Ford Explorer. It gave families that had been packed into practical but boring minivans, wagons and sedans the rugged looks and go-anywhere capability of a truck, along with room for lots of passengers and cargo. Marketed as a gateway to adventure, car shoppers gobbled it up and the SUV craze was off and running.

Few cars have been ridiculed as mercilessly as the Pontiac Aztek. It’s been the biggest punch line in the automotive world since its debut at the dawn of the new millennium, but this has also elevated it to iconic status. While it represents so much of what was wrong at GM at the time, its car-based unibody construction foreshadowed the now-popular crossover segment.

Cars.com editors contributed to this story. 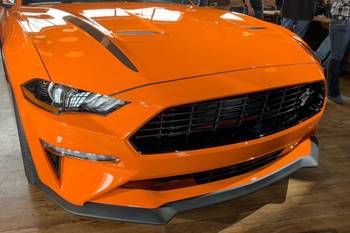 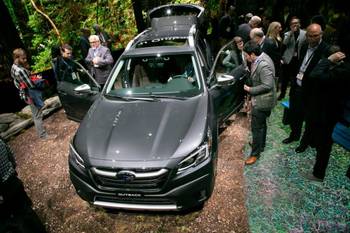 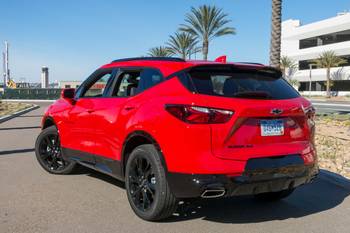