Potential emissions testing violations revealed by Ford in February continue to be investigated both by the company and emissions regulators. Now the problem has escalated into a criminal investigation by the Justice Department. The fallout remains to be seen, but here’s what you should know if you own a Ford vehicle or are shopping for one.

Related: 2019 Ford Ranger: Everything You Need to Know

Some background: Ford has said that its own employees raised concerns about its emissions certification testing, the results of which also are used to calculate a vehicle’s EPA gas mileage ratings. The automaker said it hired an outside law firm to investigate possible flaws in how it calculates emissions and also notified the EPA and California emissions regulators of the issue. Ford disclosed the new federal criminal probe last week in a federal filing for its first-quarter earnings report.

“We are fully cooperating with all government agencies,” Ford said in a statement. “Because this matter is still in the preliminary stages, we cannot predict the outcome … ”

Is This Like Recent Diesel Emissions Scandals in the News?

No. And Ford specifically highlighted that in its filing. The Volkswagen diesel scandal involved illegal software on the vehicle that fraudulently met emissions standards in testing but not in actual use. The current FCA $800 million diesel emissions settlement, which is up for final approval this week, also involves disallowed software on specific vehicles. Ford’s issue appears to involve questions, instead, about its testing procedures and compliance.

How Could This Happen?

Most testing for emissions certification and gas mileage ratings is done by automakers using regulator-approved procedures (the EPA randomly tests about only 15 percent of vehicles at its own lab to verify results). The testing is mostly conducted on a laboratory dynamometer, and calculations are done to account for additional factors that would affect performance on the road. Ford said questions involve calculations that account for a vehicle’s so-called “road load” involving real-world factors such as aerodynamics and tire friction.

“As part of our review, we have identified potential concerns with how we calculate road load,” Ford said.

Is My Vehicle Affected?

No clue, yet. Neither Ford nor regulators have revealed how widespread any problem might be. The only vehicle mentioned so far — a biggie for Ford — came in the automaker’s initial announcement, which stated: “The first vehicle we are evaluating is the 2019 Ranger; we are assessing additional vehicles as well.” But there is no indication of a defect in the vehicles that would affect your continued use.

What Will Happen if Ford Was Wrong?

Ford would have to settle with regulators and the Justice Department for any error in its calculations. The consequences would be more severe if it were found that the potential problem was more intentional than an error. A recall could be required if the vehicles must be modified to meet emissions standards. Even if the vehicles don’t need that, gas mileage ratings — which are based on the emissions calculations — might have to be restated.

What Would That Mean for Owners?

Even if just mileage is restated, some compensation would be likely. Beyond the company’s problems with regulators, Ford would have to face its customers. And this is America, so the lawyers no doubt already are circling.

We’ve been down this road before. A “road load” miscalculation was blamed when Ford earlier had to lower fuel economy ratings substantially for its 2013-14 hybrids, as well as to a lesser extent for the subcompact Fiesta. About 200,000 owners got “goodwill payments” of $200 to $1,050 for the lower ratings. And similar “road load” errors caused Hyundai to lower the mpg ratings for 900,000 of its 2011-13 Hyundai and Kia vehicles across 75 trim levels; the company ultimately settled on a more complicated $400 million payback plan for owners that offered lump sums averaging $353 to $667, debit cards to buy gas or credits for a new vehicle.

In this latest case, little is known for sure, yet, including any financial impact, but Ford informed investors in its filing that “we cannot provide assurance that it will not have a material adverse effect on us.” 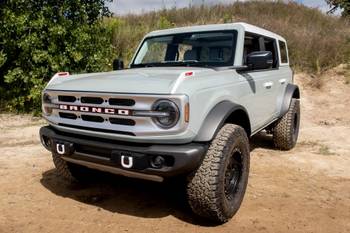 The 2021 Outlook for Car Shoppers