See all 78 vehicles from this dealership.

This seller has been on Cars.com since December 2021.
Welcome to Honda of Bay County in Springfield Florida - Serving Fort Walton Lynn Haven Callaway and Grand Lagoon

Experience the Power of Dreams in your brand new Honda. We carry all the latest models and our expert sales staff will help you find the perfect vehicle for your lifestyle. We are one of the leading Honda dealerships in the area offering excellent customer service a friendly environment attractive financing options and great cars! Pick up the phone and call or stop in and say 'Hi' and see our inventory! 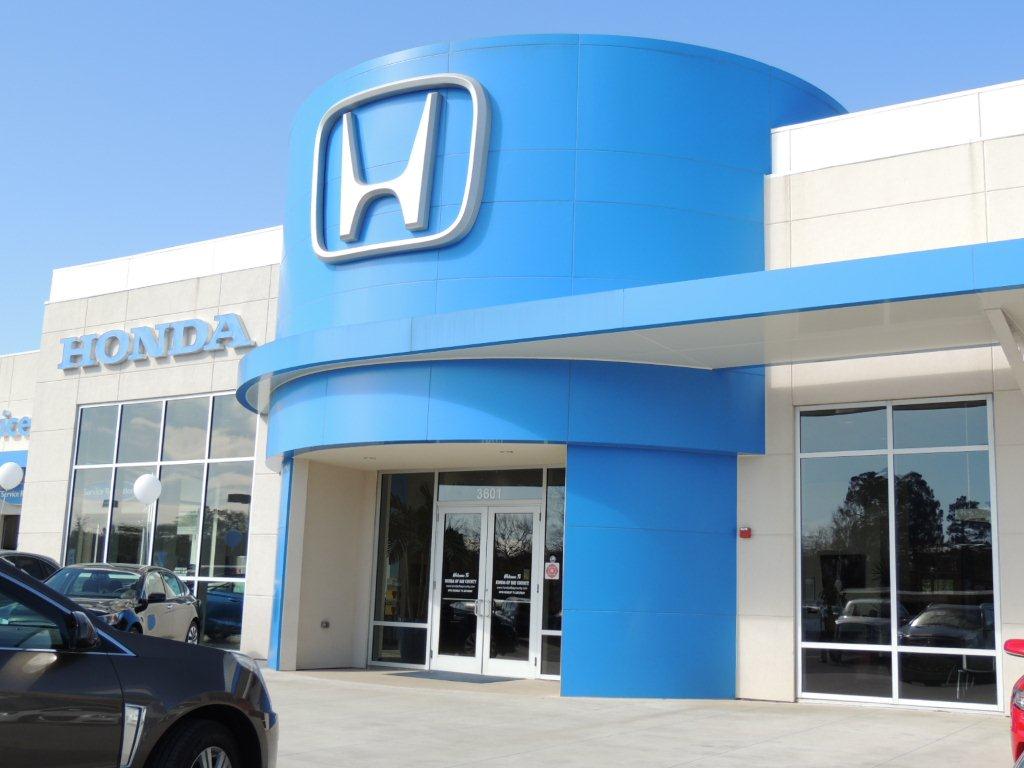 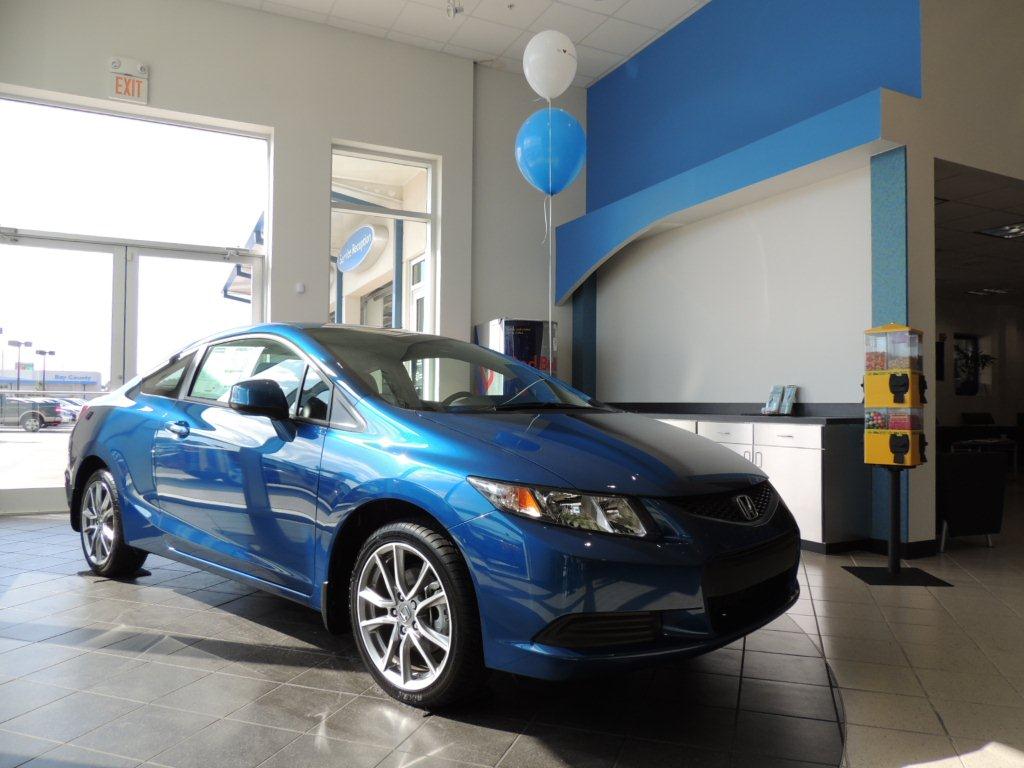 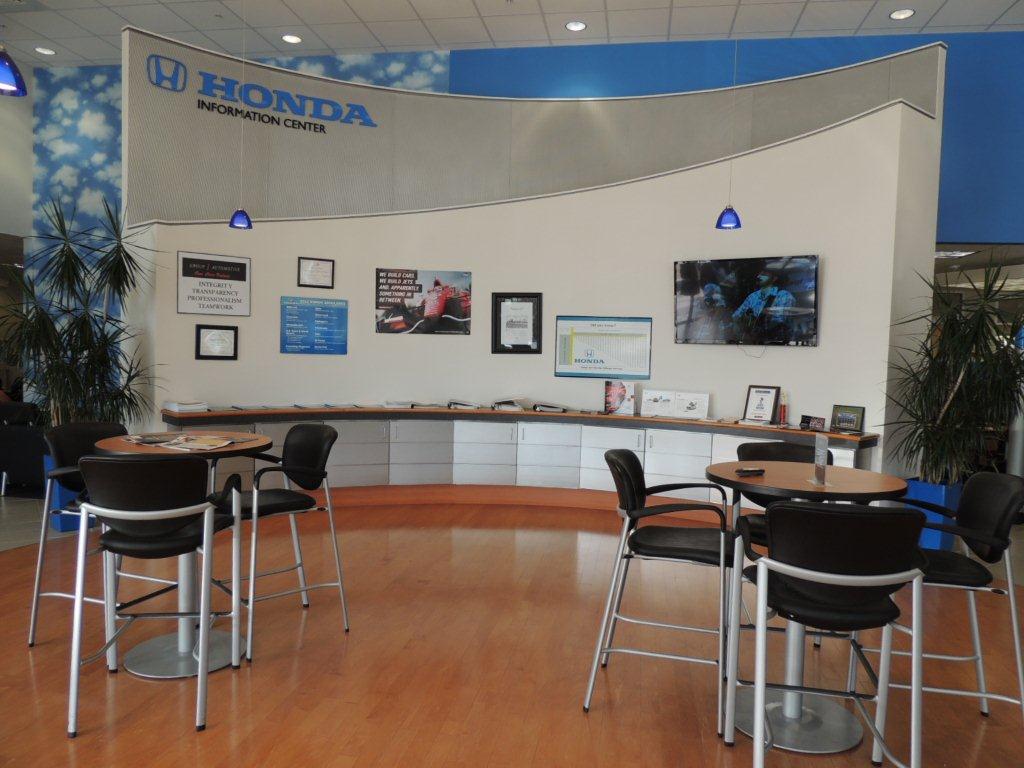 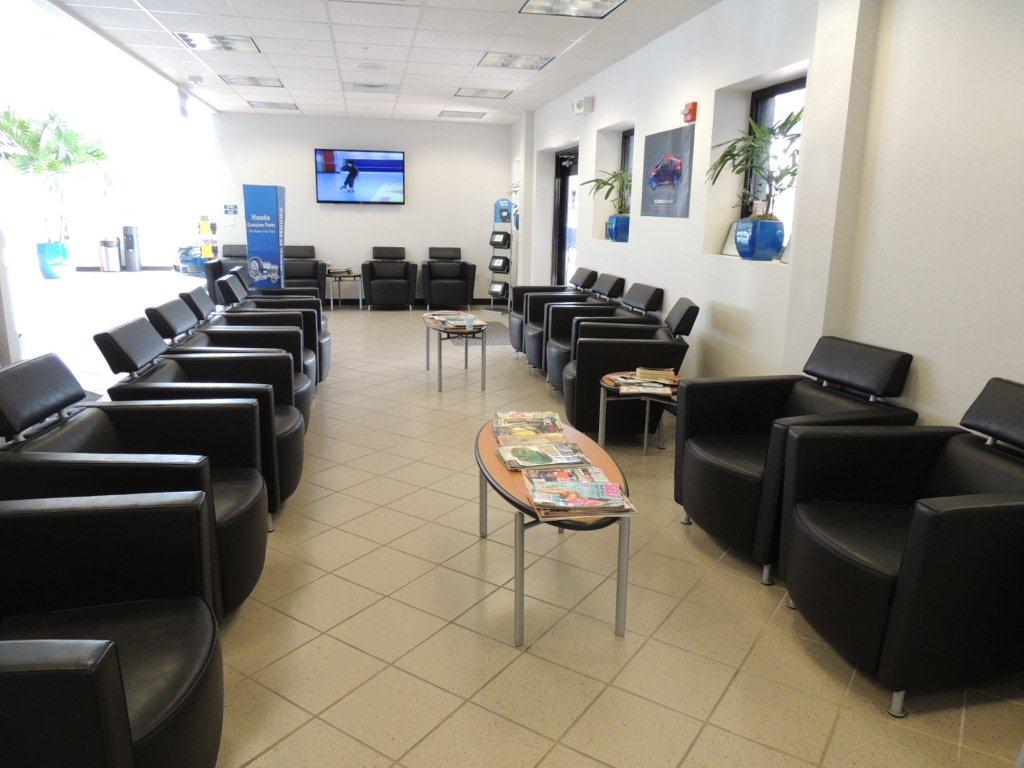 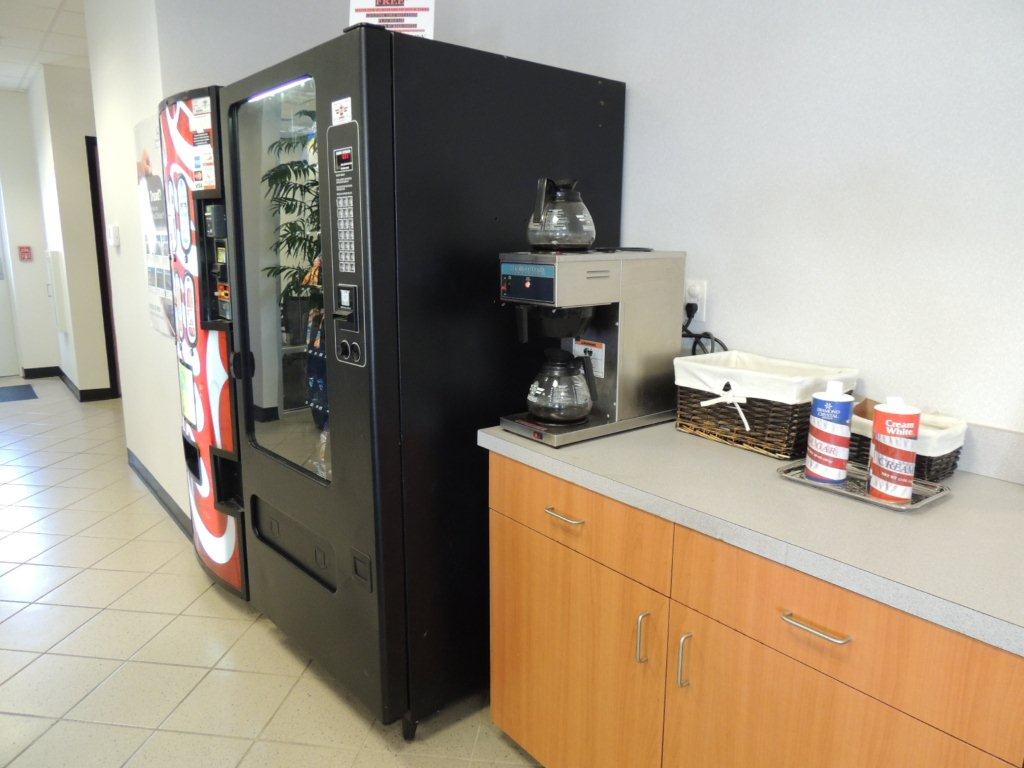 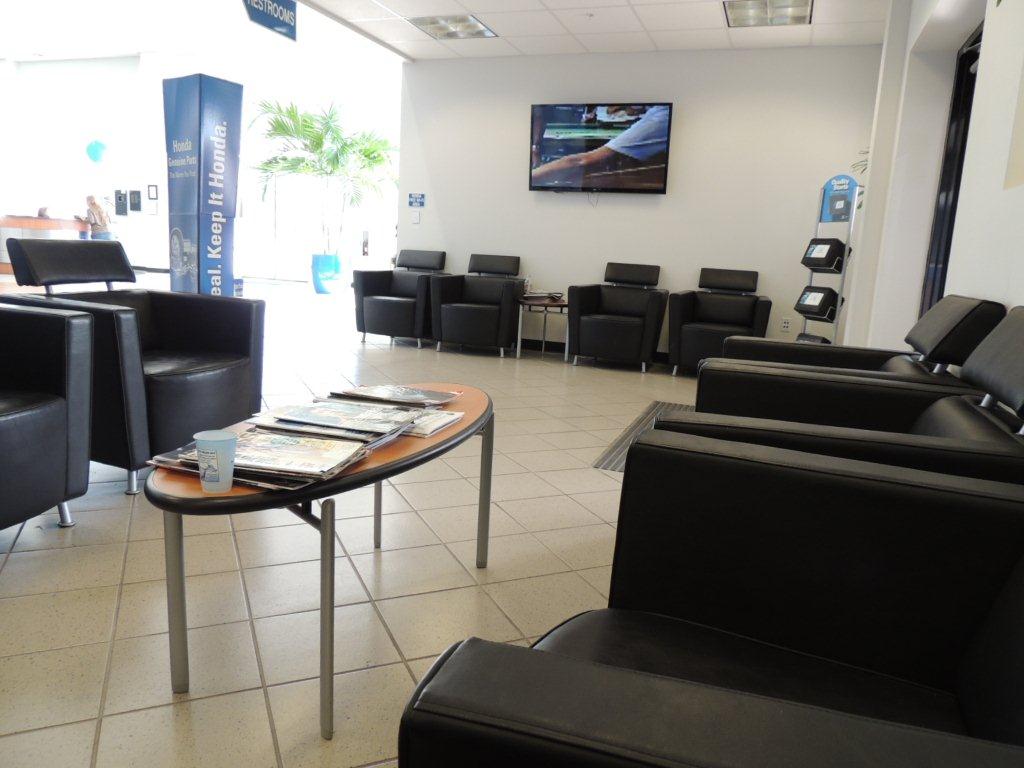 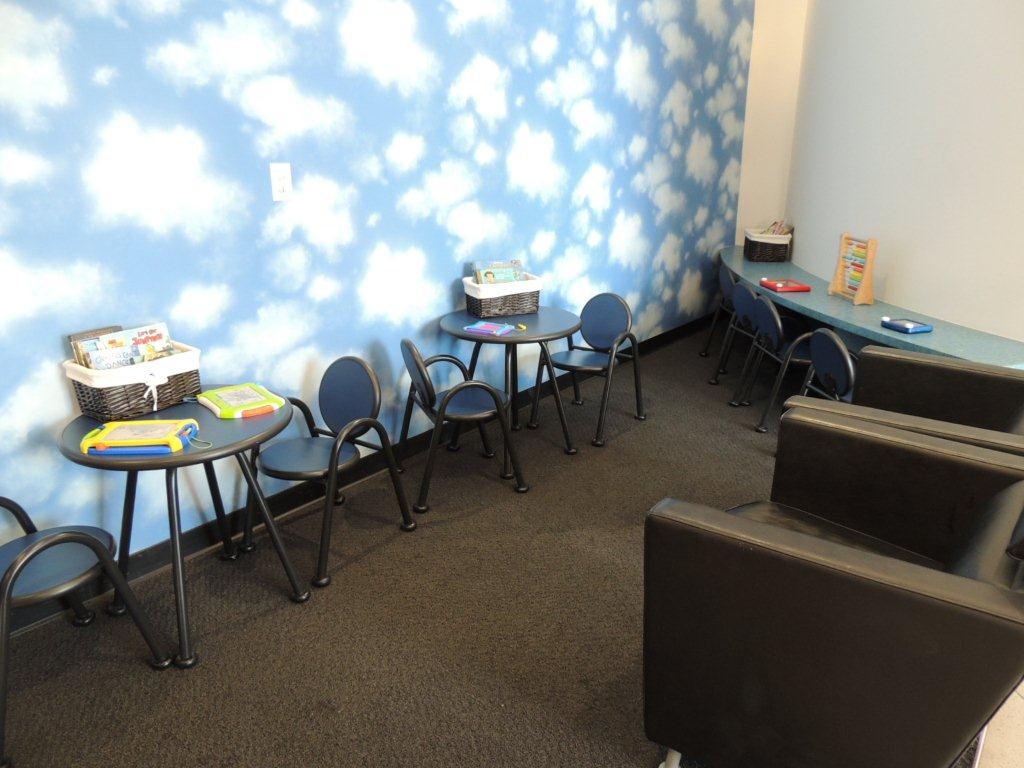 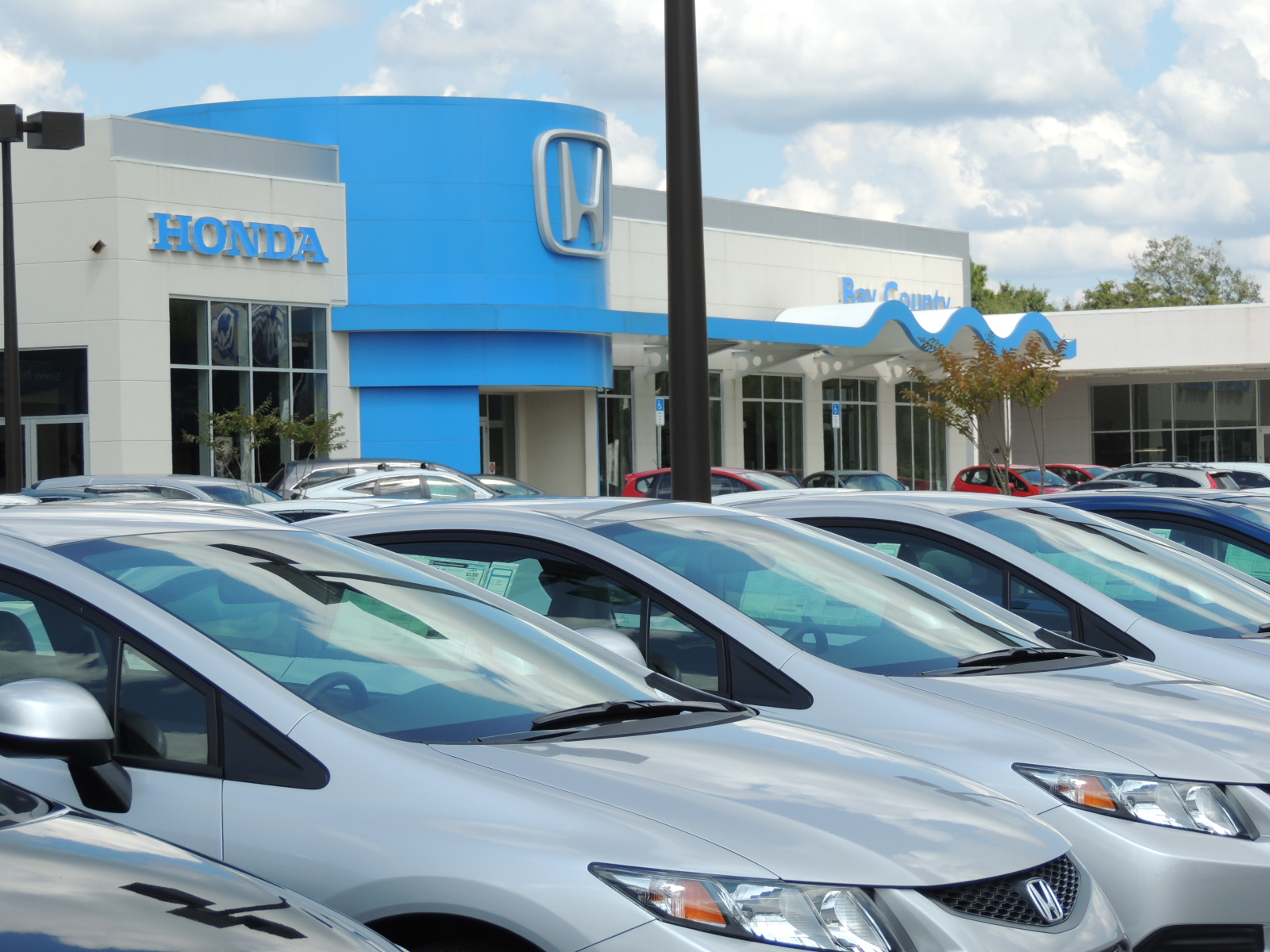 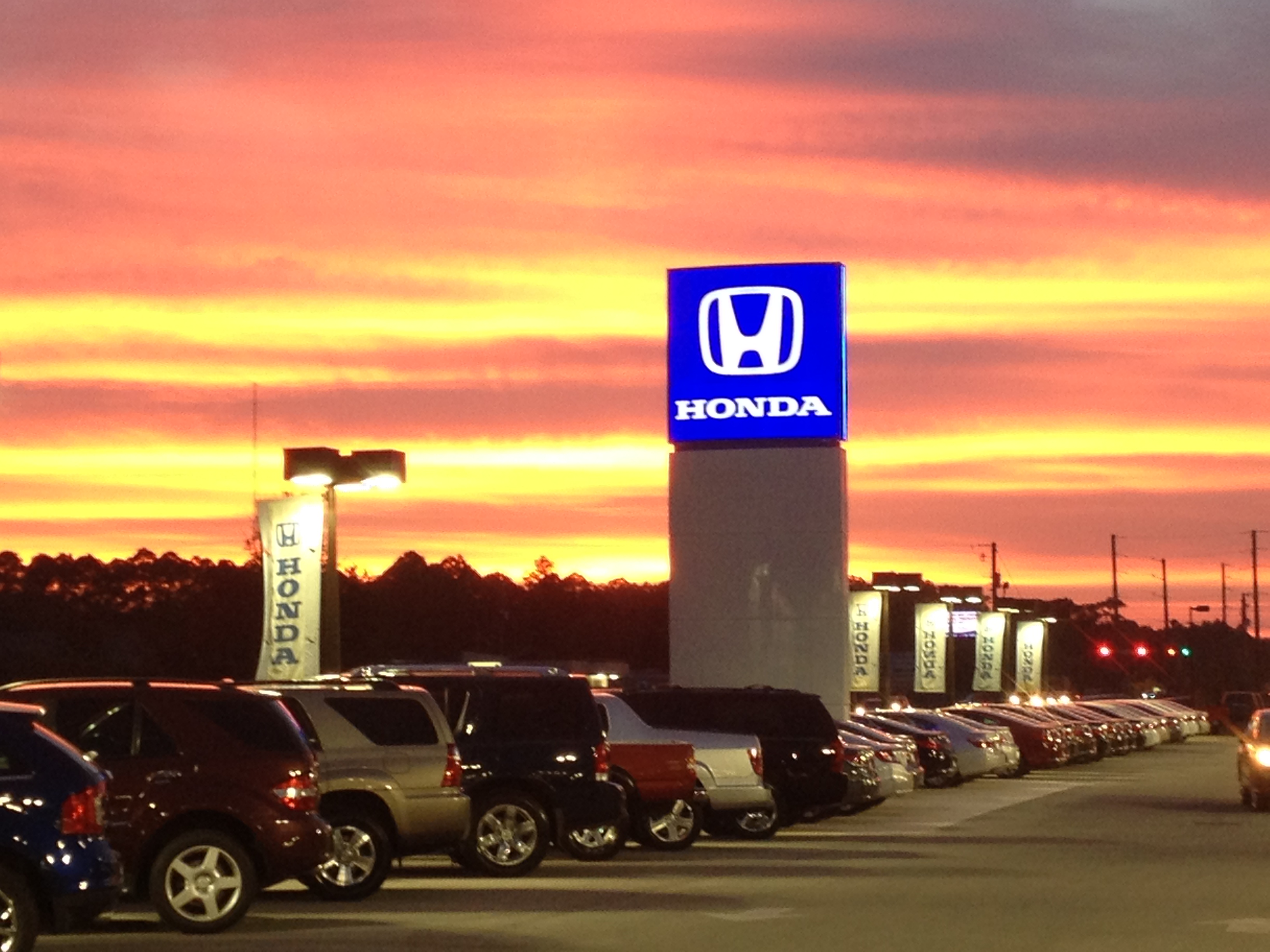 Alex in the Service Department was out standing. He greeted me when I arrived and was very friendly. He kept me updated on my car and if I needed any thing to let him know. I enjoyed our conversation as I was checking out. Thanks Alex Alvarado. I

The worst experience!!! On New Year's Day I went to the dealership looking at the Chevrolet Traverse they had for sale. My 1st sales person, Matt Tomasello was HORRIBLE. He was Rude, very unprofessional, and not willing to try and help in anyway possible. The vehicle was listed for $13,999, after only quoting me 1/2 of what my trade in was worth, and refusing to come down on the sale price my finance amount would have been over $20,000. We walked out. On 1/8/22, I called the dealership and asked them for buyer's order without a trade or money down. I was emailed the wrong order. I called again, and finally got the correct order form Kyle (Used car sales manager) On 1/10/22, after the bank let me know I was approved and I could go pick up the check, I called Honda and spoke with a sales person (I don't remember his name.) He said just come in and they'd have it ready for me. I then emailed Kyle to advised him I was approved and would be coming by when I got off work to complete the paperwork and pick up the vehicle. When I arrived at Honda about 5:30pm, Kyle acted like he didn't know anything about me buying that vehicle or even trying to purchase it. I told him that I had emailed him, and asked him how long everything would take. He said I would be there for at least an hour for paperwork and then it still had to be detailed. I inquired about putting gas in it, and he said they only do full tanks of gas with NEW cars, but if it's in E, they'd out a little bit in it. I was then asked about my sales person, after advising him I did not want to deal with Matt, I worked with Mark. He is 1 of 2 people at that place that I have anything positive to say about. He was amazing, and done everything he could to try and turn a horrible situation into a more positive one. And it worked for a second. UNTIL....Mark the sales manager decided he was going to go tell Matt what I said, while I was sitting there and loud enough I could hear them talking about me, after Matt made it a point to turn around and walk towards where I was, so he could refresh his memory I guess on who I was. IT WAS VERY UNPROFESSIONAL. When Mark came back I asked him about the hard plastic on the bottom of one of the middle bucket seats being put back on because they were in the back. Kyle said no, he wasn't putting any more money in the vehicle. UMM.....It doesn't cost money, they clip on. I just don't know how to do it. He didn't care, he wasn't doing anything. 30-45 minutes later I went to the finance department for the final paperwork and to pay for the vehicle. He was nice and quick, nothing negative about him. When I was finished with him, I had to go sit and wait for my vehicle to finish being detailed. I sat at the dealership for 2 hours waiting for everything. When in reality, all I should've had to do was sign paperwork, give the check, get the keys and leave. Then when I get in the vehicle the tire light was on, when I asked about it I was told to come back the next day when service is open and they would handle it. I don't even know what part is worse. They are the most unprofessional and rudest people ever. I did EVERYTHING they should have done, aside from printing paperwork. I pretty much sold my self the car, and then I was treated horribly. Technically, I should get the commission off that sale, but since that won't happen because they refuse to accept their mistakes & fix anything, at least it'll go to Mark, who is not rude and unprofessional.

Thank you for speaking with us over your sales experience. We truly appreciate your business and hope everything was resolved to your satisfaction. If there is ever anything I can assist you with in the future, please feel free to contact me. Scott Struebing General Manager sstruebing@hondaofbaycounty.com

Excellent service with great attention to detail. The service department area is clean and the staff is very helpful. Reasonable rates and a quick turnaround. Will ALWAYS recommend!

Thank you Margaret for your recommendation and kind words! We are so glad we were able to provide you with a great experience and exceed your expectations! Please let us know if there is anything else we can help you with. We look forward to your next visit!

We were from out of state, and Lori took excellent care of us. We received the service we needed in a timely manner, and Lori kept us informed throughout the process. She was courteous & pleasant. We are completely satisfied with the service we received.

Thank you for your thoughtful review, James. We're glad to hear you had such an outstanding experience working with Lori. Please let us know if we can ever assist you again in the future!

December 14, 2021
By Will McKinney from Wewahitchka, FL

Great service at the Honda dealership. See was very helpful in keeping me informed of the situation and educating me about my CRV. We love Hondas and we love Honda of Bay County!

We are very happy to hear that we were able to provide you with an enjoyable experience. We thank you for your business and look forward to your next visit!

I have been to this dealership many times, the lady who helped me today has been my best experience yet! She was helpful and kind. I would not recommend buying a car here as I tried and they were not helpful. The service center was much better

We are very happy to hear that we were able to provide you with an enjoyable service experience! Thank you for your business and look forward to your next visit!

The folks got me in quickly, communicated well and had me ready to go in a timely fashion. Will definitely go back. Lori A. did a great job for me.

Thank you, Jeff, for your kind words for Lori! We thank you for your business and look forward to your next visit!

Alex was awesome I will request him alwsys

My wait time was only 1 hour from start to finish. The technician was Alex he did a excellent job in explaining my vehicle issue and took care of it in a perfect professional manner. It was only tire problems and the low tire indicator light but all is good now. For now on I’ll request Alex for my technician and Honda needs to hire more people like him, for sure.Thank you.

Thank you, Larry, for your kind words for Alex! We are thrilled that you had such a great service experience here with us! We thank you for your business and look forward to your next visit!

Alex is a keeper! You don’t see his kind of work ethic, enthusiasm, and attention to detail often these days in our young people. You can’t teach these skills, they’re intrinsic- this young man is going places.

Thank you, Catherine, for your kind words for Alex! We thank you for your business and look forward to your next visit!

They are friendly, professional and thorough. They found my problem and fixed it even though all I could tell them was it was a rattling noise and I couldn’t even tell them where it was coming from. High praises.

Thank you, Victoria, for your kind words for our staff! We thank you for your business and look forward to your next visit!