See all 47 vehicles from this dealership.

This seller has been on Cars.com since May 2007.
Rickenbaugh Cadillac Volvo has been a family owned and operated business since 1944 when the company was founded as Rickenbaugh Cadillac Company. We continue to focus on providing an industry leading purchasing experience followed by superior service from our service departments. We hold our people to some of the highest standards for customer service and we believe that is what has made us successful for the past 69 years. We believe that by delivering unprecedented service we are able to differentiate ourselves from other dealers. If you need further proof you can check out what our customers are saying about us online.
Right Car Right Price Right Now. Car Buying Re-Imagined 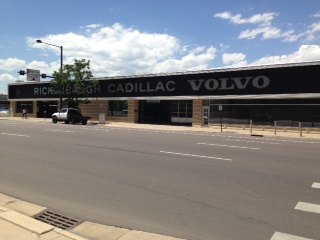 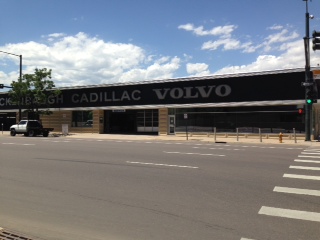 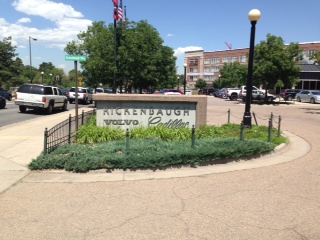 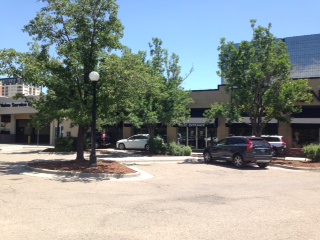 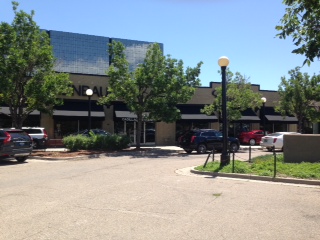 My sister purchased a used vehicle within her budget with help from Jesse. Jesse was outstanding, flexible, answered our questions, was very respectful. I was with my sister when she viewed, test drove and purchased the car. I did the best I could to check for obvious signs of issues, to include crawling as far under the car as I could looking for leaks, in clear view of Jesse. I suppose I should've asked him if they could put it on a lift (not sure they would or even could), but I made the fatal mistake of trusting that a Cadillac/Volvo dealership had certain inspection standards. I was told that in the course of the 5 day, 300 mile "warranty/guarantee" that the dealership would work with us if any major issues were found, that their customer service/reputation meant a lot to them. Purchased it 2 Jun, drove back to CO Spring. Next day, it was leaking oil, several drops under the car at every stop. We weren't able to get it inspected at a local dealership until 7 Jun (1st available). In short, major pre-existing leaks were found with estimated repairs equaling about 1/3 the purchase price. (trans oil pan, upper engine oil pan, oil cooler, head gaskets, etc). I could accept "minor" leaks and issues given the age/mileage of the car, but thought this excessive. The Rickenbaugh inspection report made no mention of these issues. Again, I expected a Volvo/Cadillac dealership to have decent standards. E-mailed pictures of the leaks and inspection report later on 7 Jun. Contacted Jesse 8 Jun to confirm he received it--he hadn't so I re-sent it and was told the used car sales manager would contact me. Jesse would not give me his name when I asked or an expected response timeframe--I was ok with that and figured they needed time to review/assess the way ahead. We weren't asking for them to cover the entire repair, was just hoping to perhaps "meet in the middle" or re-inspect the car to verify the findings and go from there. Frankly, just the courtesy of a reply would've sufficed, if even, "sorry, can't help you" was it. One week later, after a few check-ins with Jesse to ensure my info was relayed, no contact. I had to research the staff directory and call a few other folks at the dealership to get Symonds' name and number. Left him a VM afternoon of 16 Jun, also left VM with Inghilterra. Trying to resolve this at lowest level possible but noone returns calls. (to be fair to Terry I, just left him a VM a hour ago). Ultimately, I get it, buyer beware, especially with used vehicles. However, I'd expect better customer service and standards from a Volvo/Cadillac dealership, and at a minimum, the basic courtesy of a return phone call within 1 week. I could've purchased a vehicle with these issues and lack of customer service from a shady establishment and gotten a better price. So, moral of the story is, don't blindly equate Rickenbaugh Cadillac/Volvo with higher/quality standards or customer service than any other dealership. I'll make my way up their "chain" until someone talks to me. Will update this if there's decent resolution. Way to go Rickenbaugh--nice way to treat a military family member with limited budget. AND, I shared with Jesse that I had a 2018 Infiniti Hybrid (in perfect condition, way under mileage, easy sell) I was considering trading in for a Cadillac within a few months...won't be with this outfit.

They don’t respond to email inquiries on vehicles for sale. I took off of work and drove an hour from Parker CO to downtown Denver to look at a car. Not one salesperson was around. Ghost town. A service guy happened to be around. He asked if I’ve been helped. I said No. He said he’d go find a salesperson. I waited another 15 minutes and finally left. I guess they have enough business they didn’t need mine. Wasted my entire day.

Jane - I apologize no one was around to help you- we absolutely want your business. It sounds like you may have found your way to our unmanned lot that does have a couple of signs asking you to call the main number for help, however, we clearly need to make them bigger, or add more. I would love the opportunity to personally assist you, please let me know how I can be of help to you. You can email me at tinghilterra@rickenbaugh.com or by phone at 303-302-5779 direct. Thank you, Terry Inghilterra - General Sales Manager

From the moment I walked in the door it was a pleasant experience. C.J. Lains provides the best customer service. He explained everything I needed to know about my car maintenance. He is so kind and knowledgeable. He makes dropping of my car worry free and I know it is in good hands.

David Sloane is an awesome salesperson at Volvo

David Sloane is an awesome salesperson, he was very knowledgeable about the Volvo SUV I test drove with my boyfriend on Saturday. I really recommend asking for David, he was very flexible about my timing, extremely detailed about the car and I felt no pressure from him that you can get with other car salespeople. Most of all, he's a very authentic and sincere person. I really liked this Volvo showroom and David Sloane is AWESOME!!

The bodywork done on my Volvo S60 was immaculate and they finished the job faster than expected. My car was cleaned before I picked it up and the shop manager went over the repairs to make sure I was happy with the work that was done.

I have been bringing my cars to Rickenbaugh for years. They have earned my trust by being honest about repair needs, the quality of repairs and their persistence in problem solving. Besides they are really great people.

October 9, 2020
By Joey Chiles from Frederick,Co

Austin and Keith are both amazing at what they do for the customers! Nothing they can’t provide to accommodate your needs. The service was by far the best I have experienced and will continue to refer friends and family to Rickenbaugh Volo. Millie was also very sweet and helpful when calling the dealership to reach the service department. Thank you and keep up the outstanding work.

Rickenbaugh knows how to treat customers right. Dave S in the used car dept. Was friendly and patient. Will L in their finance department was awesome! He worked patiently with me going through the paper work making sure I understood what I was signing but more importantly Will made me feel comfortable knowing what I would be paying. Blaze on the mechanical side was awesome as well, making sure he touched up the little things I noticed. Overall like any car dealership Rickenbaugh wants to sell a vehicle, but they let you do it on your terms and they want to make sure you can afford it.

Brought my car in for a new battery and when I picked it up they had done an amazing job on cleaning both the outside AND inside so well. I was pleasantly surprised by this extra touch.

Rating breakdown (out of 5):
0 people out of 0 found this review helpful. Did you?
Show full review
Read all 2,620 reviews