See all 134 vehicles from this dealership.

If you live in the area, you've undoubtedly seen our signs and driven past our stores. We've got brands for every type of driver, but no matter which one you decide is right for you, there's one thing that will remain the same. The way you're treated and how you'll feel when you leave Jim Ellis Cadillac with your new vehicle. Call it Southern. Call it common courtesy. Call it what you will, but in an industry that can seem hectic and scattered, we slow things down. Take our time. And give you our best. Always. 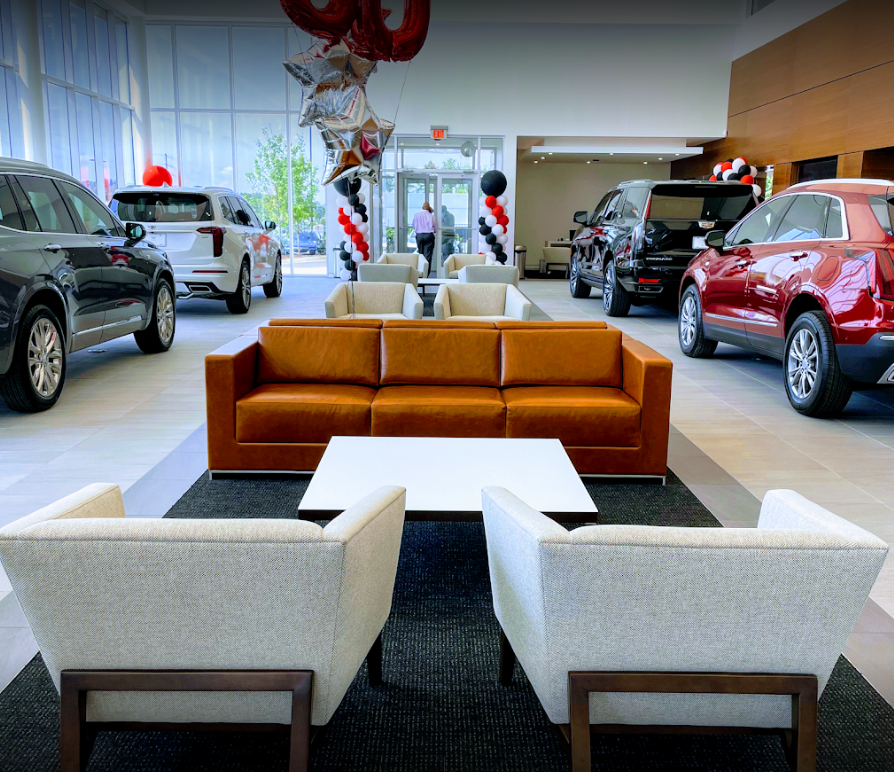 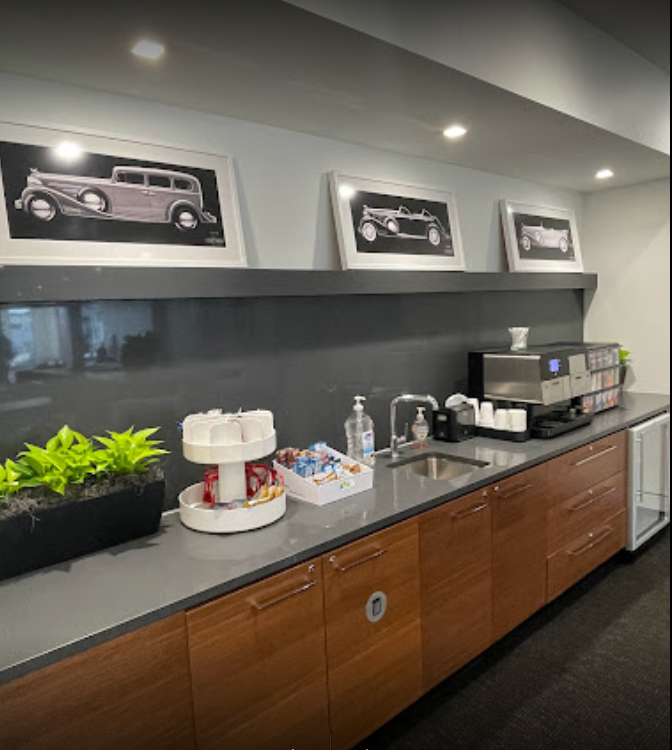 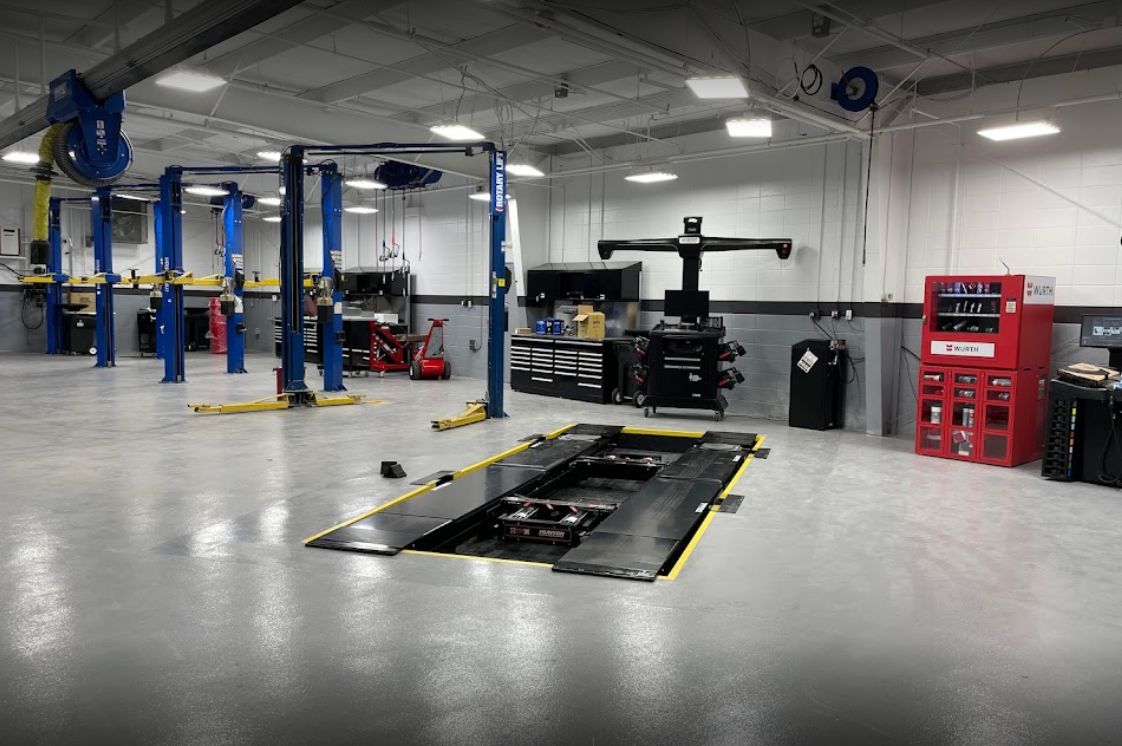 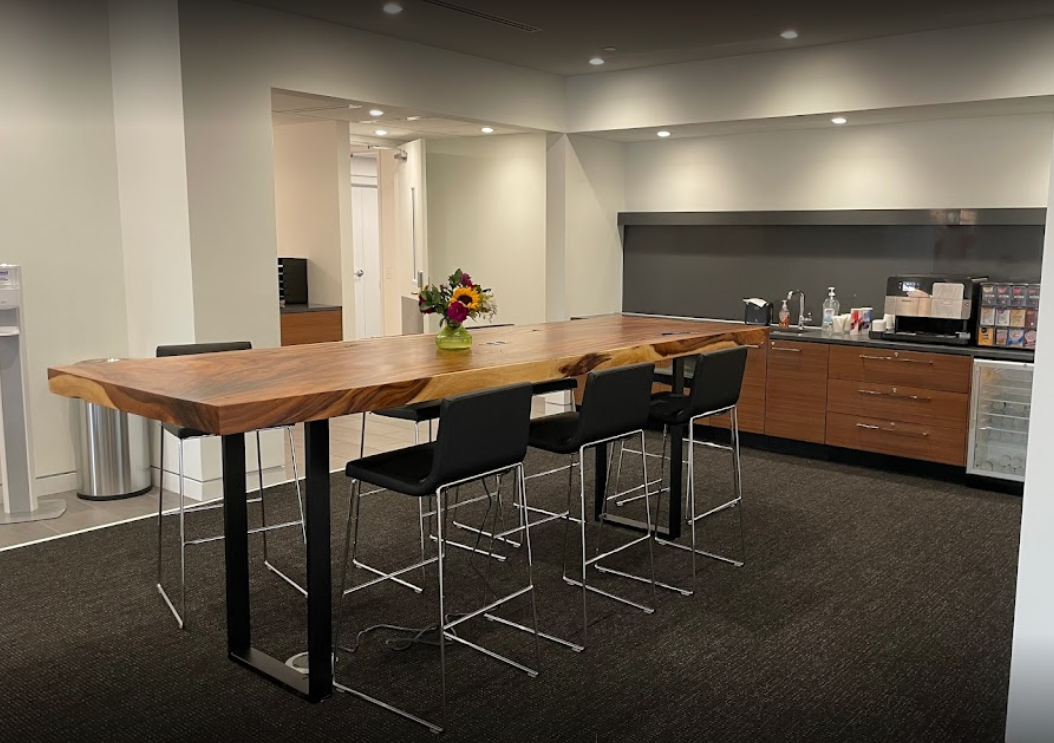 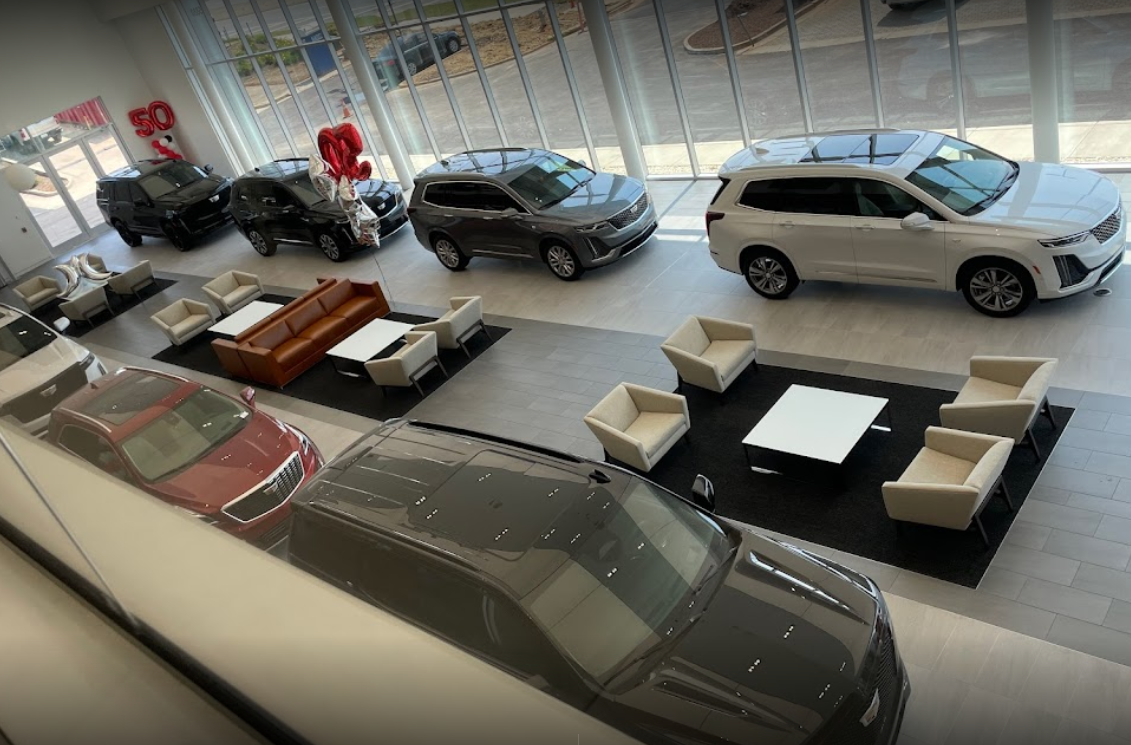 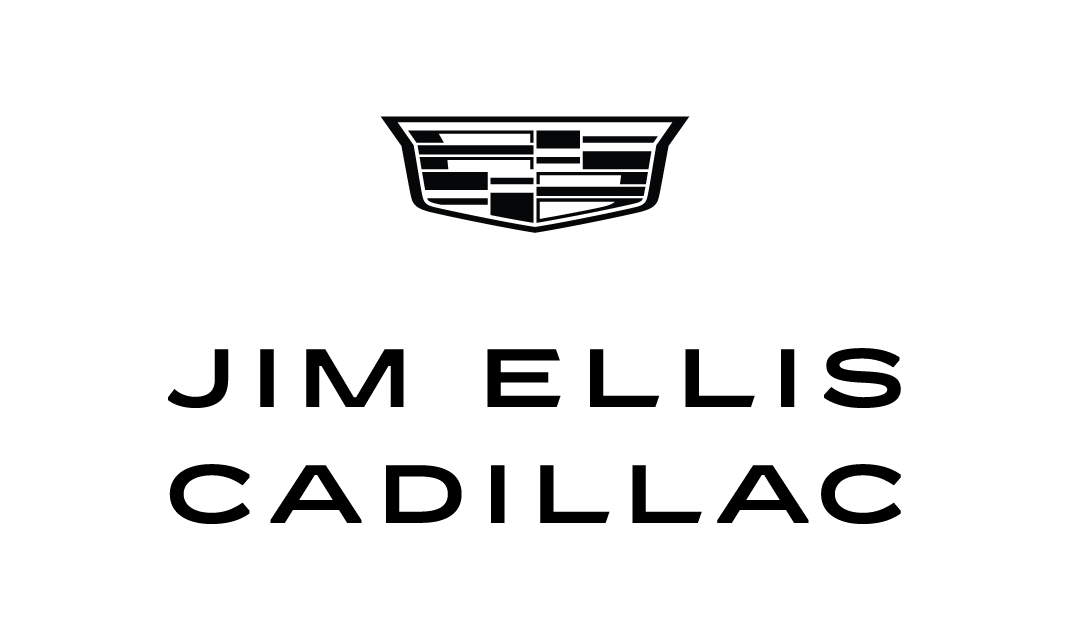 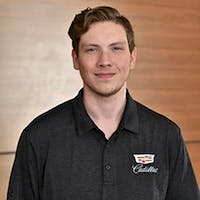 A dealership's rating is based on all of their reviews, with more weight given to recent reviews. Includes reviews of Jim Ellis Cadillac from DealerRater.

nice people good servise! i recommend this place the staff is very friendly i love this place!

Screwed over an employee, imagine being a customer.

Screwed over an employee, imagine being a customer. Long story short, newly-wed, now ex-employee, paid for brake job, new tires and alignment. Takes vehicle on honeymoon and BRAKE CALIPER FALLS OFF then spends first night of honeymoon sleeping in the dealership. Tech never did alignment and never replaced valve stems when installing new tires, so had a flat that destroyed the tire because the valve stem fell apart. Had to come out of pocket to replace that tire. Overtorquing doesn’t even begin to describe what they did to the wheel bolts! Threads on the bolts and hubs are DESTROYED! Amazed the wheels were able to even stay on after what they did. I tell the GM the estimate to replace all four hubs and an alignment and he says HE’S NOT PAYING IT. Your dealership destroyed my van while “servicing” it and your response is “But we don’t work on campers here.” IT’S A BRAKE JOB but they can’t even put on wheel bolts correctly! So I’ve since resigned but if an employee was treated this way, do you think they care about the customers? Highly doubt they were up front when they dropped those Escalades on the lift…

Johnny, Ron and Jamie have reached out to you to resolve this. Please give them a call back as soon as possible.

Situation not resolved. I've spent a total of $2600+ in "service", replacing tire, buying new bolts, uber rides so far, and that's not accounting the actual repair bill once the reputable shop has completed fixing all the damage Jim Ellis Cadillac caused to the vehicle, est.$3600. Also not accounting the damage caused to the wheel from a brake caliper and brake pads flying off, when they're obviously not supposed to. But you think Ron and Jamie offering me a check for $2k is supposed to fix the situation? That barely even covers HALF the cost to repair the damage you caused! Are you kidding me? Spoke with Ron about this months ago and he said he had to talk to Jamie to get approval and get back to me. Never heard back. I resigned from my position a week ago on 11/29 and brought this up to Jamie and he said he would talk to Ron about it, then a week later I get a voicemail from Ron saying Jason should've taken care of this months ago. Talk to Ron and he says Jamie never brought it up to him after I resigned and this didn't come to Ron's attention until he saw my reviews. Talked to Jason and he says the blame is shared on all three but any call on resolving the matter is above his pay-grade. So we have a General Manager, Service Director and Service Manager all playing the blame game and claiming they all thought this was resolved months ago, yet they all walked past me like nothing happened on a daily basis in the dealership up until my resignation. "Expect the best" right?

~~~UPDATE FROM 12/7~~~ So all three of the guys from their end were all already made aware that the van was currently at the shop getting repairs done(have the email sent to Jamie and Ron and Jason were notified on the phone) and that I would forward everything to them once finished. But since writing the reviews, they all of a sudden want to speed everything up and make posts all over FB that they've been trying to reach me and need me to respond with invoices. They know the van is currently being worked on, so what do you want me to send? I text Jason Blanchard and he replies with no need for invoices since Jamie approved reimbursing $3600 and he wants me to stop replying on FB. Keep in mind from the previous update, this was brought up MONTHS AGO and nothing. Brought up over a week ago when I resigned and I got, "But we don't work on campers..." then nothing. I drop off the van for repairs and write reviews, then we're all of a sudden trying to rush this and trying to make it seem like I'm dragging. Jamie's texting me confused about why I'm leaving reviews but won't allow them to help me. Repairs should be completed tomorrow so I'll have that actual total. Still haven't accounted for the damage caused to the wheel from that caliper flying off. Also they keep deleting the photos from the review on FB

Always very friendly and ready to help in anyway never

We're glad everything was completed quickly and to your satisfaction!

The process was very smooth.

The process was very smooth. No haggling like I had at another dealership less then a mile from Jim Ellis. As long as nothing happens with the new car (2023). The check engine light came on 2 weeks after I got the car. Took in in for service since I was hitting the road the day before thanksgiving. Hopefully, there is nothing wrong with it. They turned the light out. Drove it 10 miles. The technician left his bottled water i my car, had the seat reclined back and the music blasted on the station he changed it to.

Thank you so much for taking the time to let us know about your experience. We sincerely apologize that your vehicle was not delivered back to you exactly how you left it. This will be addressed with our team to better our processes moving forward. Again, we appreciate your time and hope you have a great day.

Great experience with all service personnel.

December 1, 2022
By mghopk on DealerRater

Great experience with all service personnel. Really like the free car wash Told others about service

Hi there! We're so happy we were able to help you out!

Great customer service. Everyone I encountered was professional and courteous. Overall a gracious experience for buying a vehicle.

Thank you for choosing Jim Ellis Cadillac as your first choice for all your automotive needs!

I would recommend Jim Ellis to anyone looking to purchase a vehicle.

Wonderful experience with friendly and knowledgeable

Wonderful experience with friendly and knowledgeable staff. We were blessed to have the best team work with us. Blake had patient every step of the way.

We're glad to hear you found our staff was so knowledgeable and helpful!

My credit was ran without my permission.

My credit was ran without my permission. That, to me is a violation of trust. I never asked for financing, and made it clear I would be purchasing the vehicle in cash. There was absolutely no reason to do a credit check.

Thank you for taking the time to let us know about your experience. Our process is always to run credit checks for all purchases, regardless of payment method. I sincerely apologize if this was not communicated to you effectively. We will use this feedback moving forward to improve our communication and processes.

Not only was this not communicated, it was not authorized. There is absolutely no reason to do a credit check on a cash purchase. If that would have been stated at any time I would have taken my business elsewhere. This is a flawed practice, and illegal.

Good work, too expensive. $775 for oil sending unit. Should have cost about $400. Tires $275 over tire store price. Service advisor forgot to text me car would take an extra day. Sorry gotta go elsewhere

Thank you for taking the time to let us know about your experience. We sincerely apologize for the lack in communication. We will use this feedback to better our processes moving forward.

Ha Ha, that's a good one!! Apologies for the lack of communication, but we're sticking with the exorbitant repair costs.

From start to finish customer service was at best

From start to finish customer service was at best average. It's still average even after purchasing the car.

Thank you for taking the time to let us know about your experience. We sincerely apologize that the customer service you experienced fell so far below our standards. We will work with our teams to use this feedback to better our processes moving forward.