See all 79 vehicles from this dealership.

Experience the latest in automotive excellence with Kia of Grand Rapids North’s selection of new Kia cars. Designed to turn heads, Kia’s style is unique enough to stand out from the crowd while attractive enough to keep up with the latest vehicle trends. Kia has engineered these new-release cars to include the most advanced installments of vehicle safety, efficiency, comfort, and convenience.
We always find you the right financing to meet your needs and never obligate you to more than you can afford. 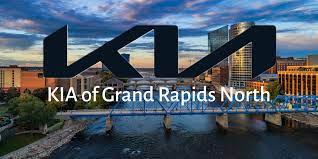 A dealership's rating is based on all of their reviews, with more weight given to recent reviews. Includes reviews of Kia of Grand Rapids North from DealerRater.

Take your business some place else no honesty

Ordered a new telluride from Kia north they tell me it going to be 1500 over morphine and I was good with that they call me 4 months later tell me my car is in we go to pick it up and the interior is the wrong color we decided to still take it my fault didn’t review what they were charging me they charge me 5000 over invoice. Nine days later notice that I don’t have the prestige package that I ordered salesman said nothing about that when we bought it had to fight with them for four weeks to get the money back finally Jay sales manager lies never called you back definitely would never do business with them again paid cash this is how they treat their customers

Our 2018 Kia Soul (belonging to my son) had an unfortunate engine failure due, in no small part, to maintenance lapses on 'our' end. Despite the fact that the entire service industry is under immense pressure in terms of finding and keeping qualified employees to keep up with daily demand, my son's salesman, Lee, was incredibly accessible, went to bat for us, and was able to squeeze us into an impossible schedule and find a solution. Hats off to Fox Kia of Grand Rapids - much appreciated! Joe & Colin E. Ada, MI

These guys are adding $6000 to the msrp just because its hard to find vehicles right now. They are doing less work for a sale and taking advantage of people. This was my first and last experience with this dealership. In more shadyness, now they have deleted my 1star review from their Facebook page.

Took the vehicle for all regular maintenance at Kia

I had a very poor and unprofessional experience at Kia of...

I had a very poor and unprofessional experience at Kia of North Grand Rapids Dealership. Just a little back story, I have been taking my Kia car as well as my Wife’s Kia Sorrento to this dealership for years. The previous owner passed away and the dealership is under new ownership and management. This was my first experience with the new ownership and this complaint is no way a reflection on the previous owners. I scheduled to get my car serviced on 10/29 online to get my check engine light checked as well as a tune-up. Before the appointment, I called several times to get a price on the tune-up, but the advisor never called me back. I had to keep calling to finally talk to someone and still did not get a price on the tune-up, but I was told that they could not do the check engine light for my appointment for some reason, and they talked me into bringing the car in for the tune-up. They told me it would be a couple hours and I decided to wait at the dealership. Once I got there, they acted like I did not have an appointment. After waiting about half hour, I was told that the service for the tune-up would be 5 hours. I could not wait at the dealership for that long and luckily there was a sales rep there that I knew, and he convinced the service department to give me a ride home. After I got home, I did not hear back from the dealership, and it was getting close to there closing time and I decided to call to see if my car was ready. They told me that they did not do any work on the car because the check engine diagnostic told them I needed some other work and did not do anything until they heard from me. Now, no one from the dealership reached out to me at all and I was told from the beginning that they could not do the check engine diagnostics. The service manager kept telling me someone called, and they did not, no call, no text, no email. There was no documentation for anything, I was not told when my car could be fixed, I was not told what anything would cost. I have never dealt with this type of chop shop service at a dealership. I do not live anywhere around this dealership and the reason I drive that far was because of the service from the past. I had to pay $140 for an Engine diagnostic that I was told that I was not going to get and I did not get the Tune-up that I made the appointment for, and they did not give me any documentation on what the diagnostic stated. The receipt only said they cleared the check engine light! They had no idea of when I could get my car fixed and the service advisor had the nerve to ask me if I had another car! I had to come up to the dealership the next day which was a Saturday and pick my car up because I did not have time to get their before they closed on Friday. The manager, who’s name was Will (all they gave me) was the worse help. He was more concerned about keeping my business vs handling this present situation and he would not let me get my car until I paid the $140 and would have to wait until Monday to get my car. I had to suggest to him that I cay pay over the phone. This should be an embarrassment to the Kia name, and I will not be stepping foot back in that dealership ever again. I have set up service at another Kia dealership and I have to start the process all over because I have called Kia of North Grand Rapids several times to get a report on the engine diagnostics and no one will call me back after leaving several messages and calling and never speaking to a live person. I also now have an electrical problem with my car since I have picked it up. This is the first time in my life that I feel I just gave money away to a dealership and have no trust in them working on my cars!

Bought a new car in july when they were summit place Kia....

September 28, 2021
By Jennifer.garcia on DealerRater

Bought a new car in july when they were summit place Kia. Filled out the paperwork for my gap insurance refund on the old car and gave them the letter from the old lien holder. Aagi sent them the check on august 20 and I still haven’t received it. I have called multiple times and gone down there with no answers. I talked to mike or mark and they gave me a phone number to management to call but they gave me a inactive phone number now they won’t return my calls and I get the run around. I am not happy with them at this point. The name may have changed but they still have the same people there. Also was told they no longer have the files there.

AJ did an amazing job with me. He was very helpful he...

AJ did an amazing job with me. He was very helpful he didn’t have to talk me into my vehicle he let me take my time. He also answered all questions he got me in and out within 3hours. I was already Pr approved thanks an

Myles was very straight forward and honest helping the...

Myles was very straight forward and honest helping the process move along super easily. The leasing process was very quick and they were able to answer any questions I had.

I got my car in at the end of may and it’s already in the...

I got my car in at the end of may and it’s already in the service shop. I’ve had an appointment scheduled a month ago about my car and here it is finally the day (even though they have had my car for 2 weeks now) they tell me I have to wait another 5 days before they even look at it!! Whats the point of making appointments if your not going to hold up to them!! Thanks for making my first time buying experience a nightmare!!! I wouldn’t recommend anyone here!!!

We have been looking to pay cash for car and found one at...

July 1, 2021
By Concerned on DealerRater

We have been looking to pay cash for car and found one at Summitt place Kia. When we got there they told us car as is and cannot test drive. How can a business ethically do this. Do not buy from these people. Rude. Unethical. Wouldn’t even give us inspection report. Stay away.

Rating breakdown (out of 5):
Worked with:
0 people out of 0 found this review helpful.
Show full review
See all 991 reviews