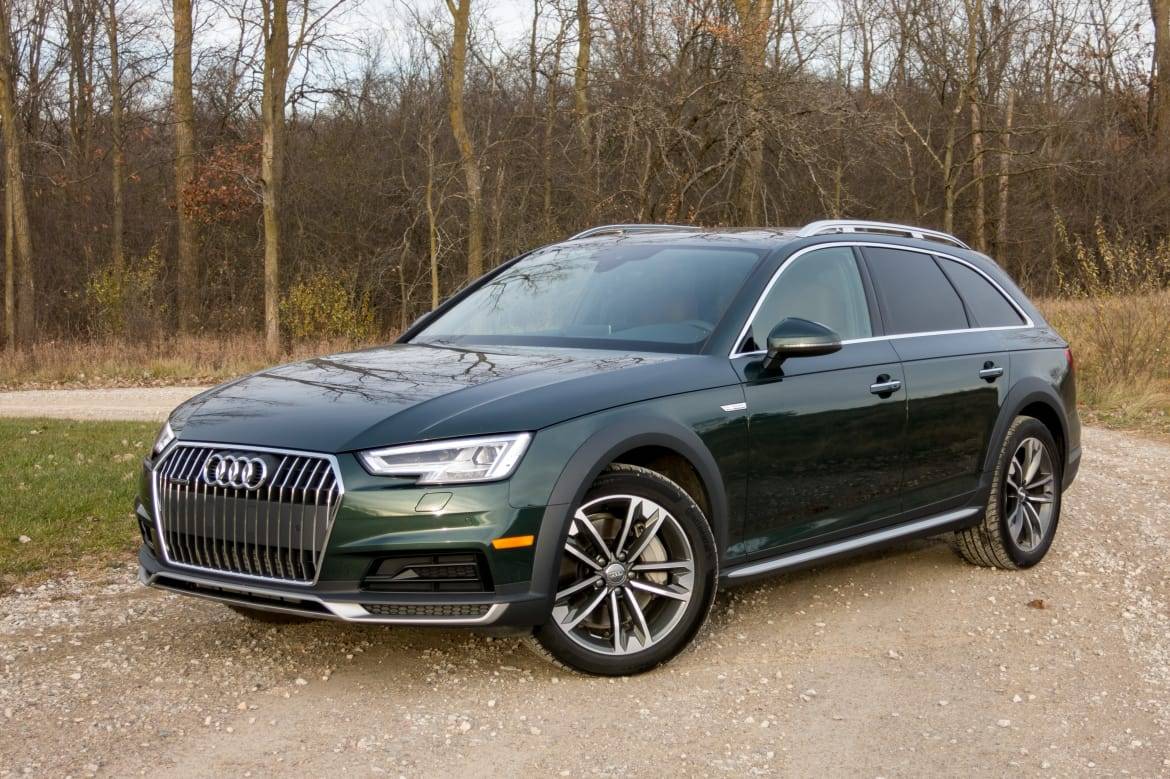 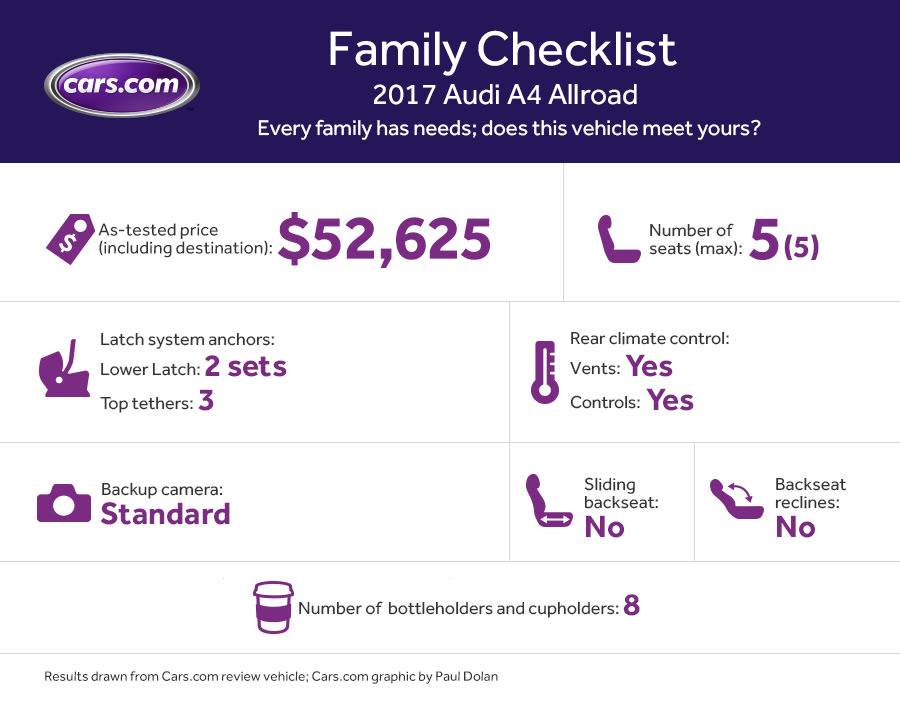 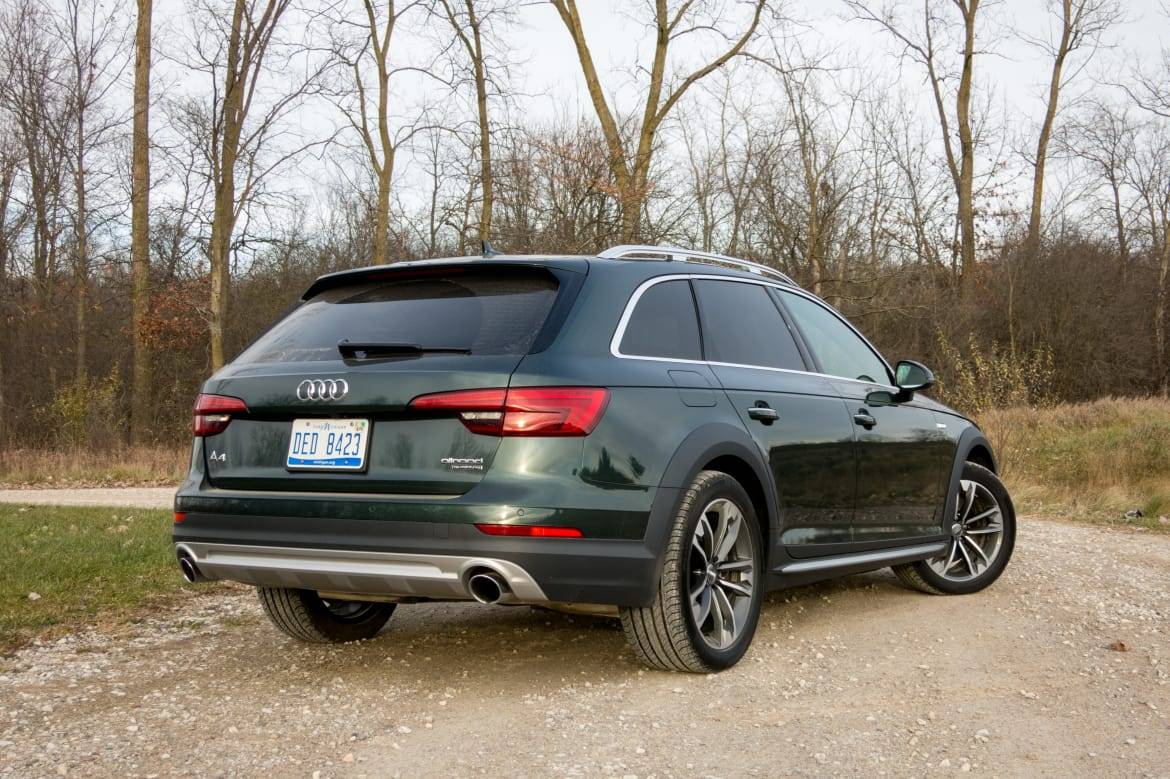 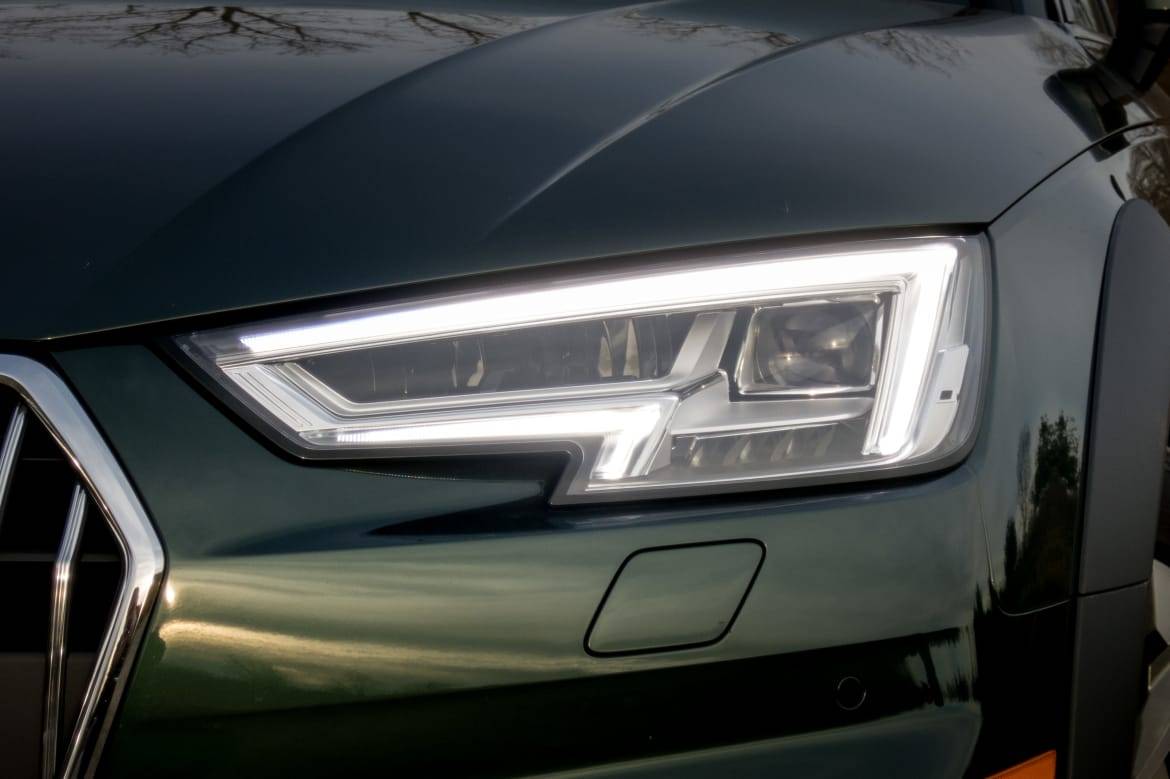 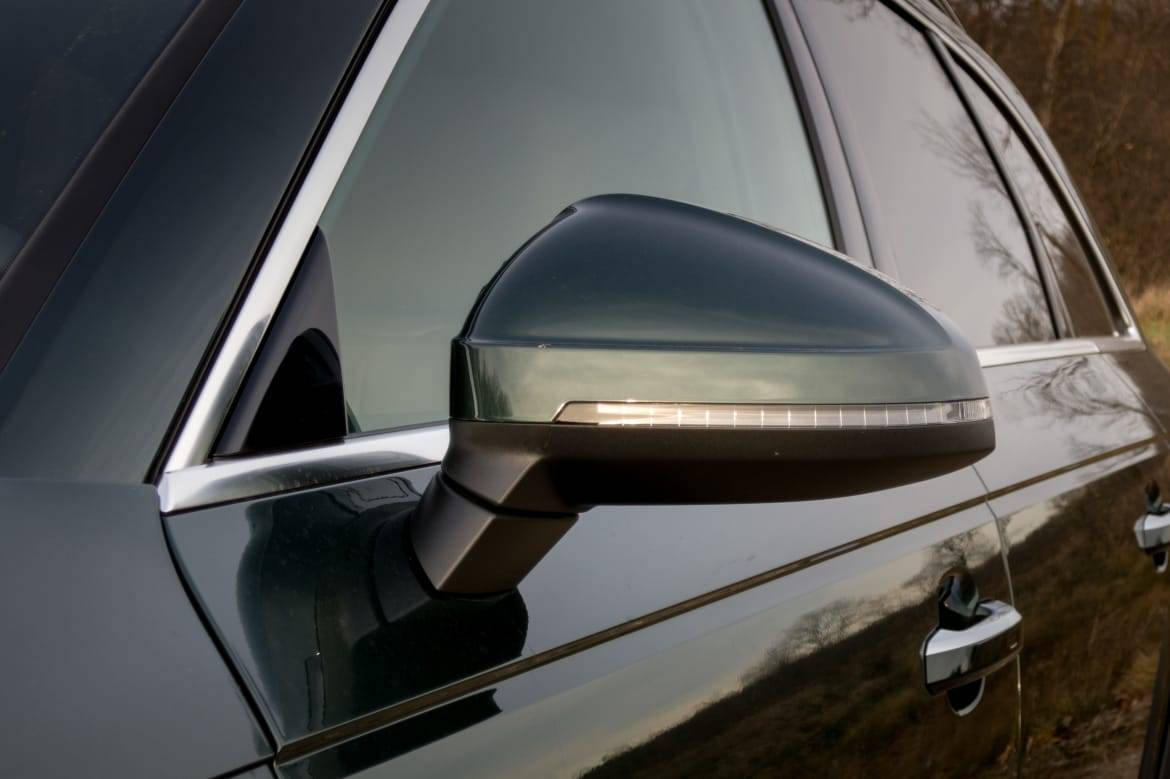 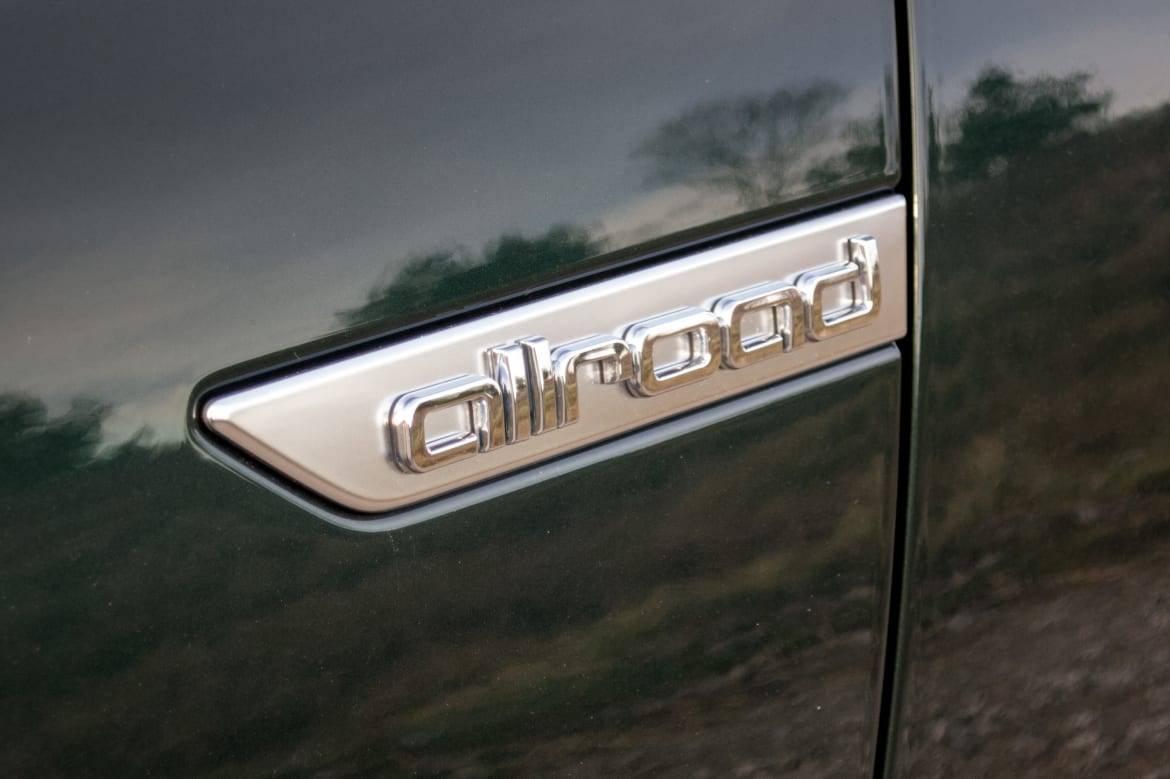 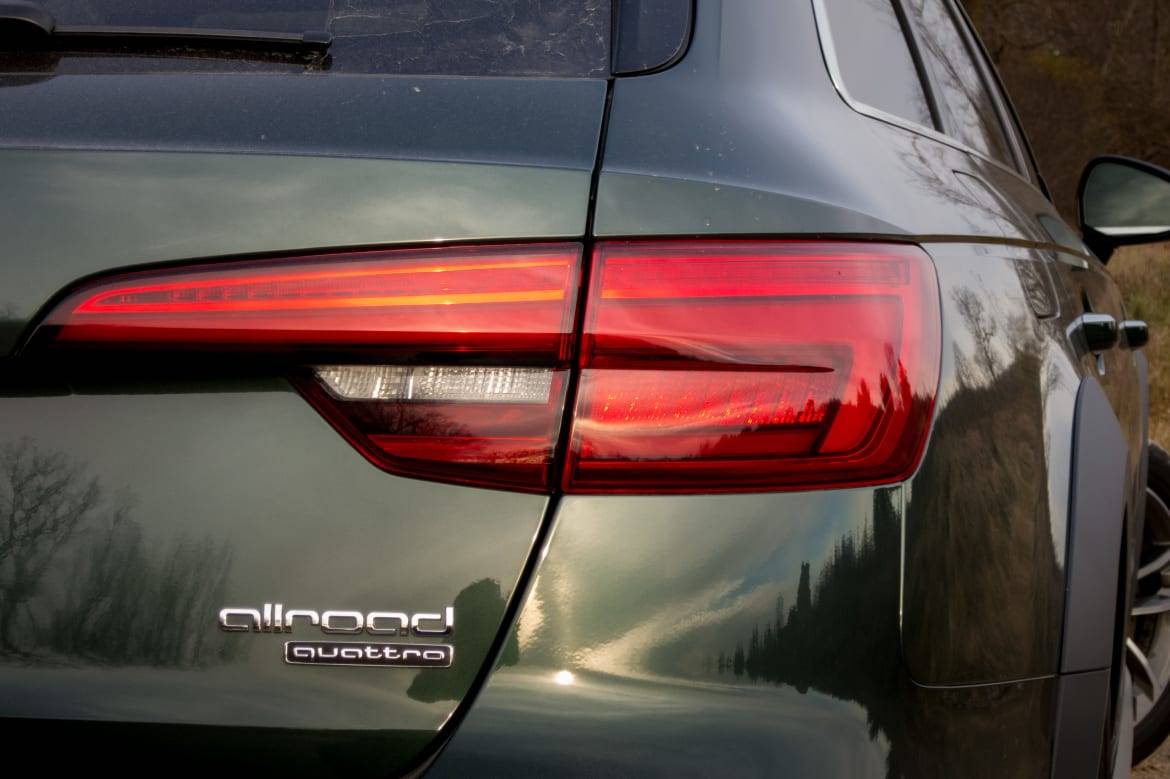 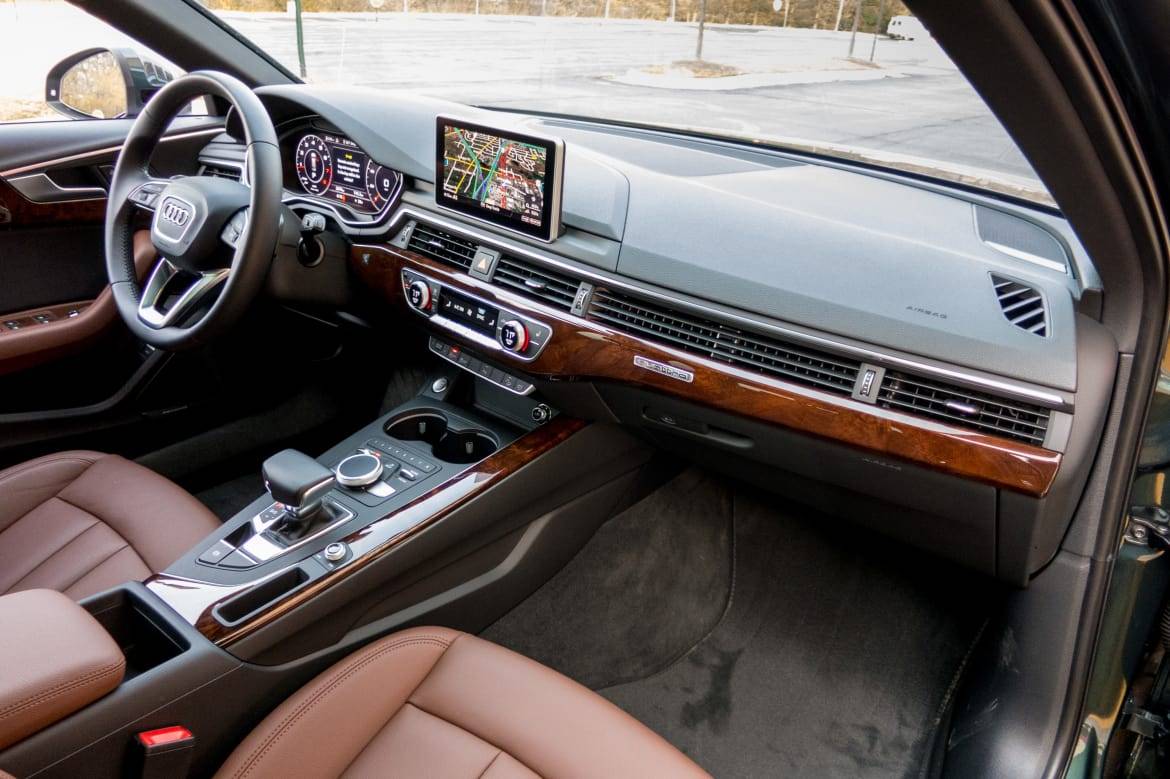 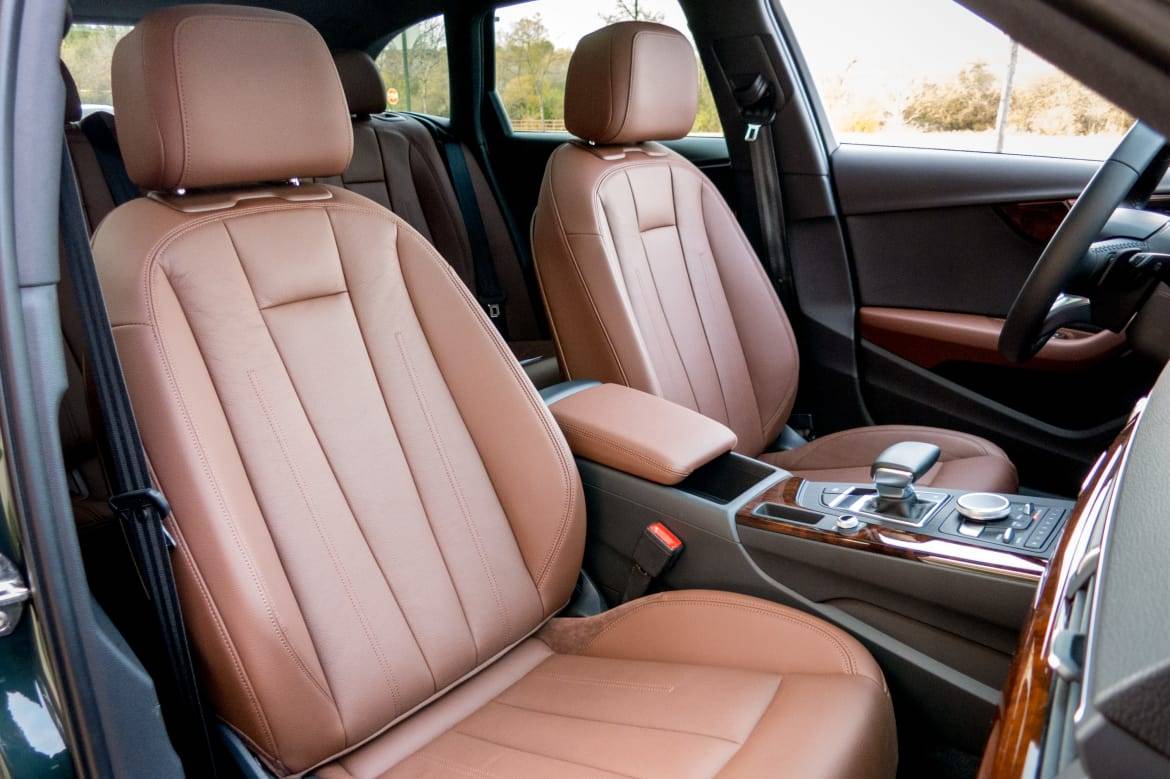 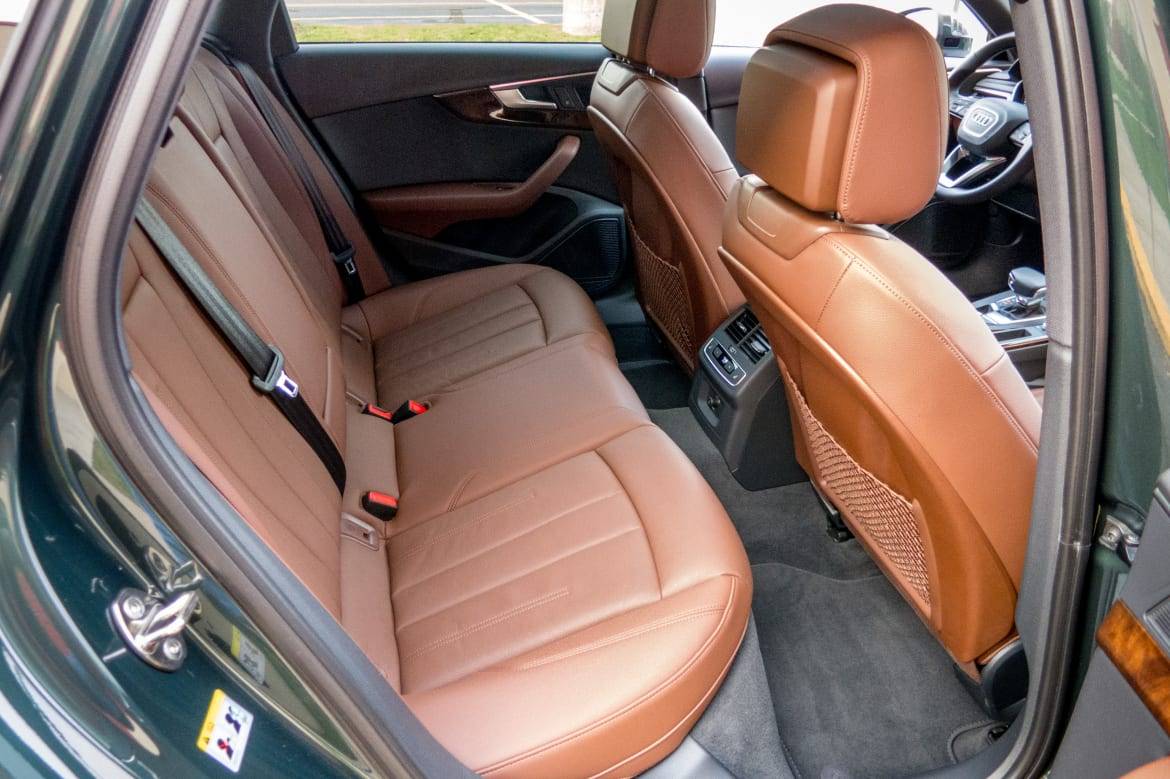 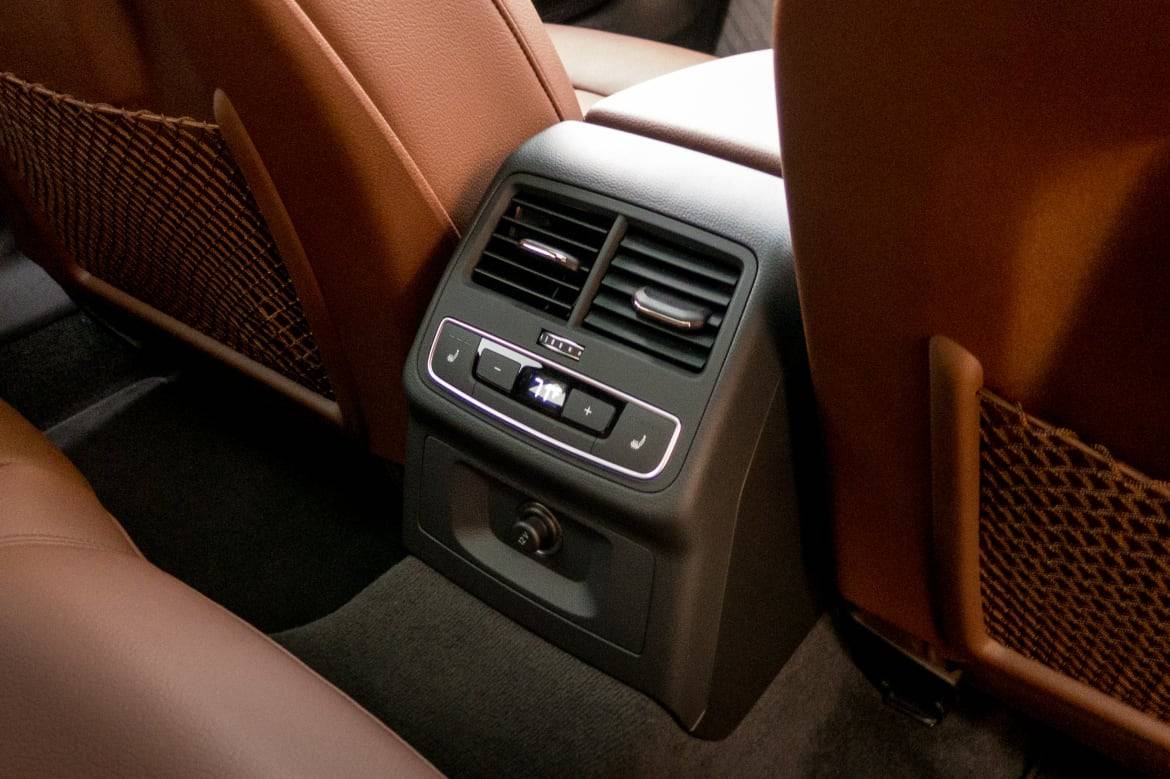 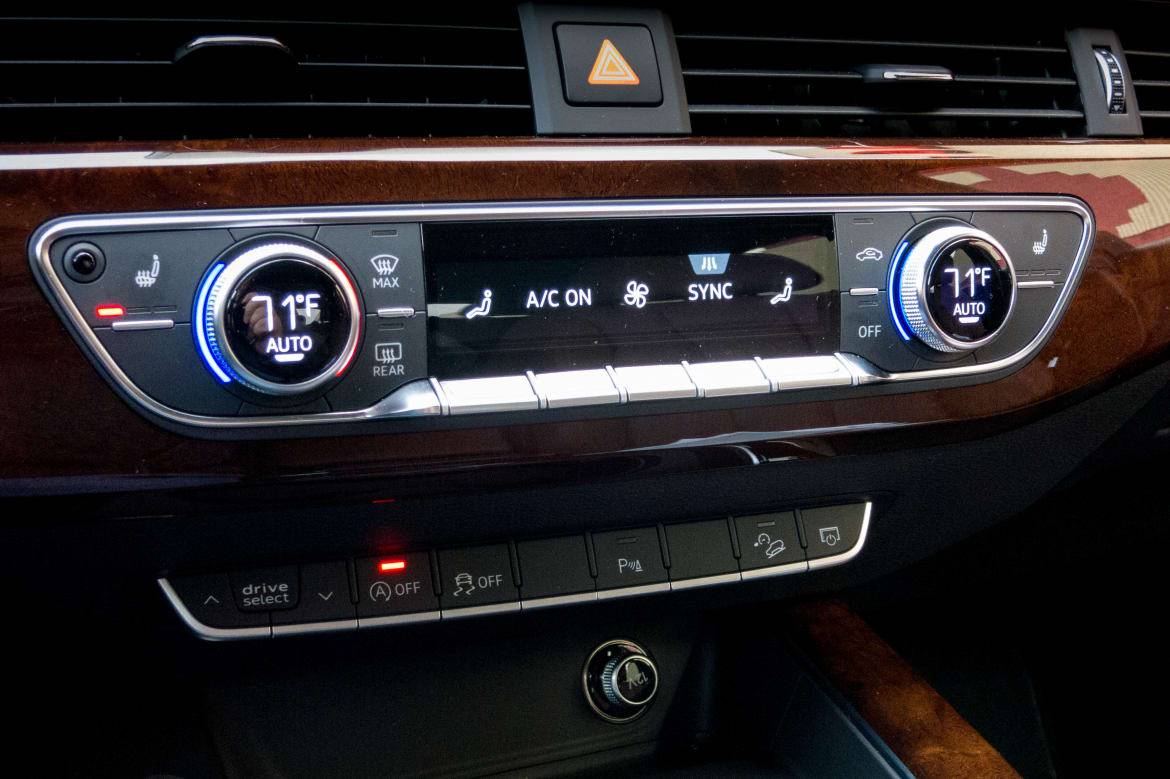 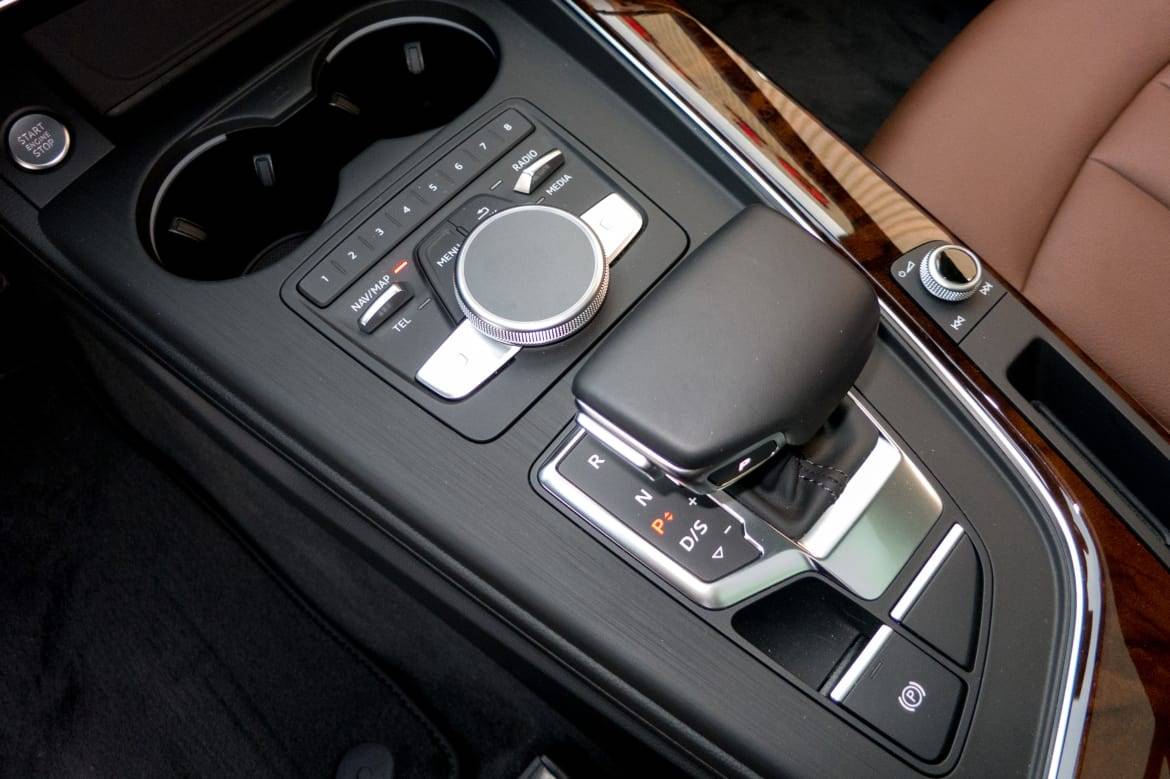 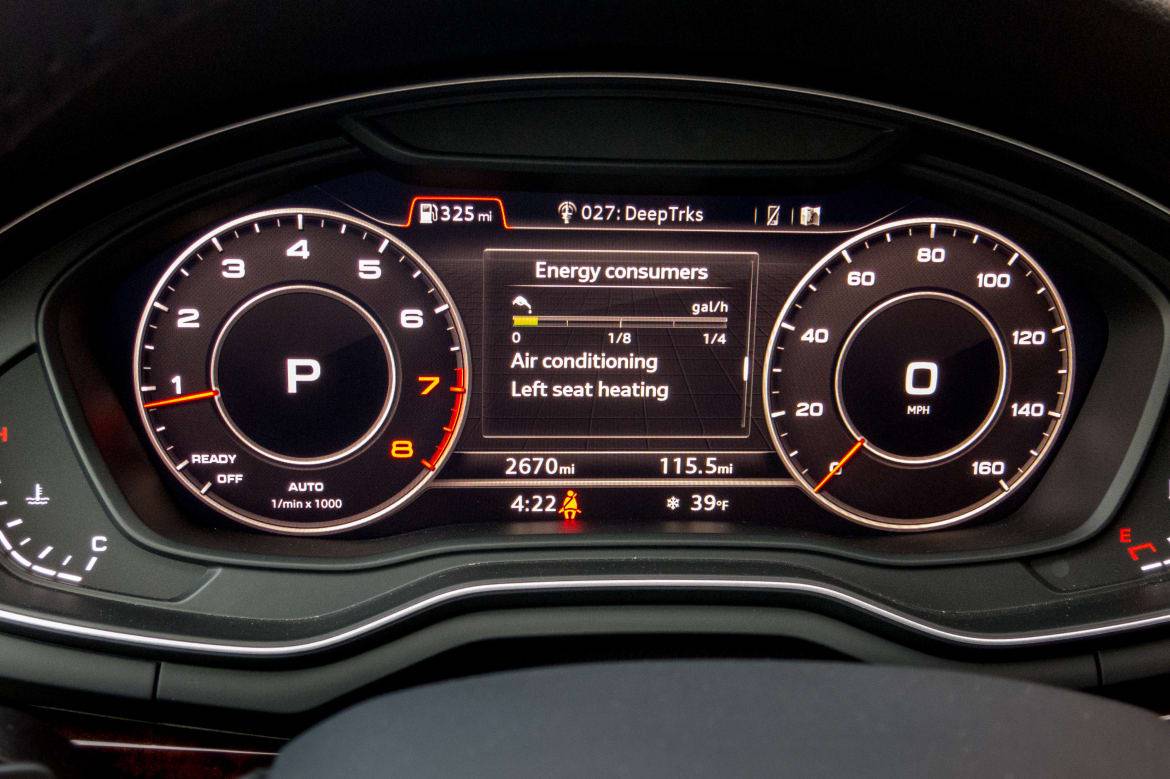 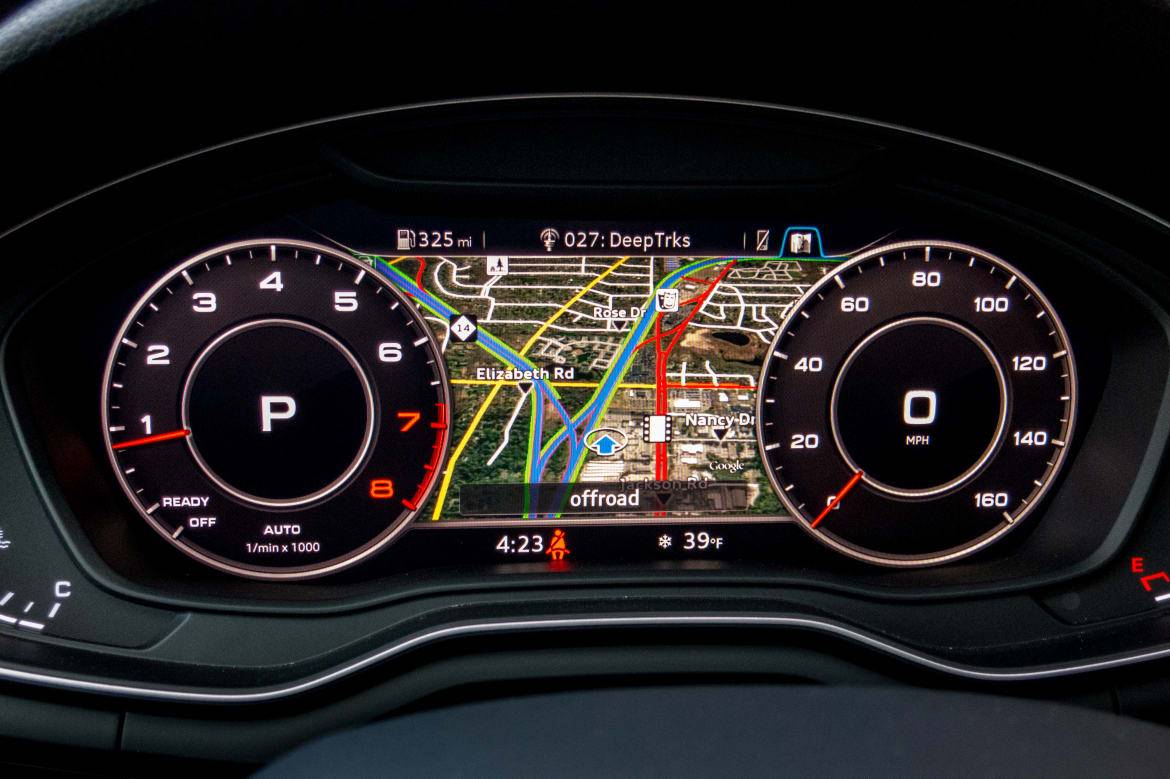 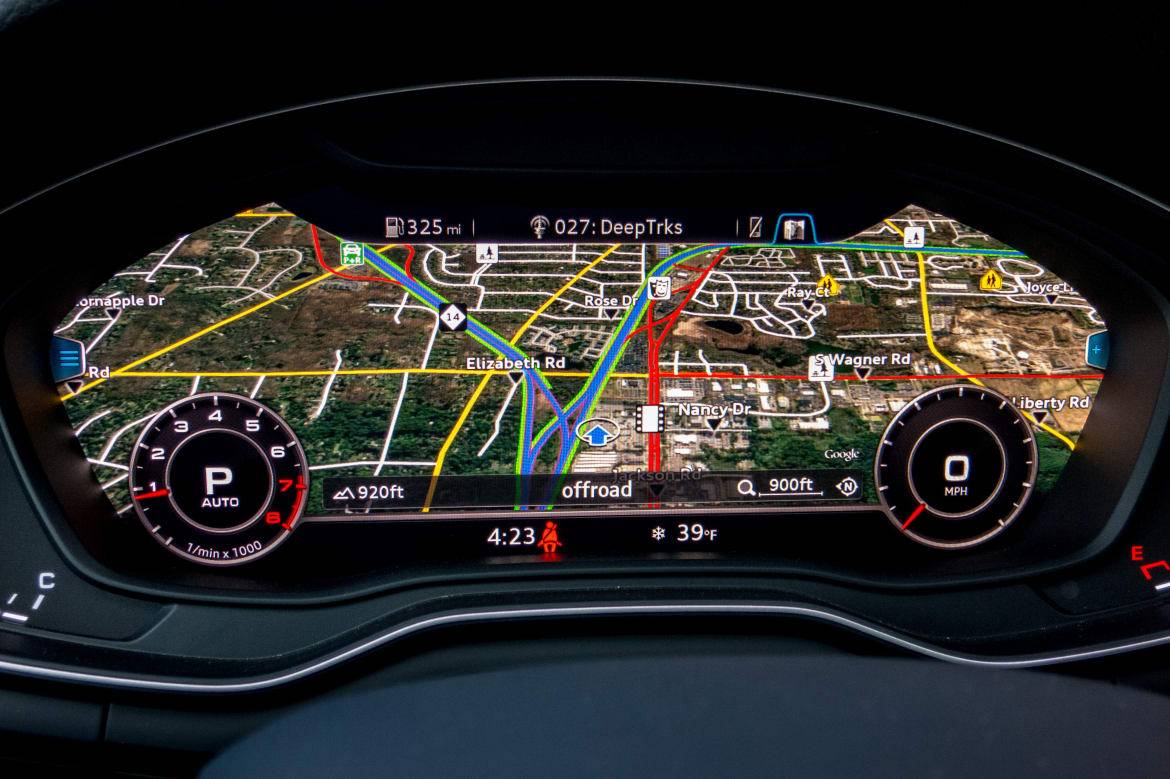 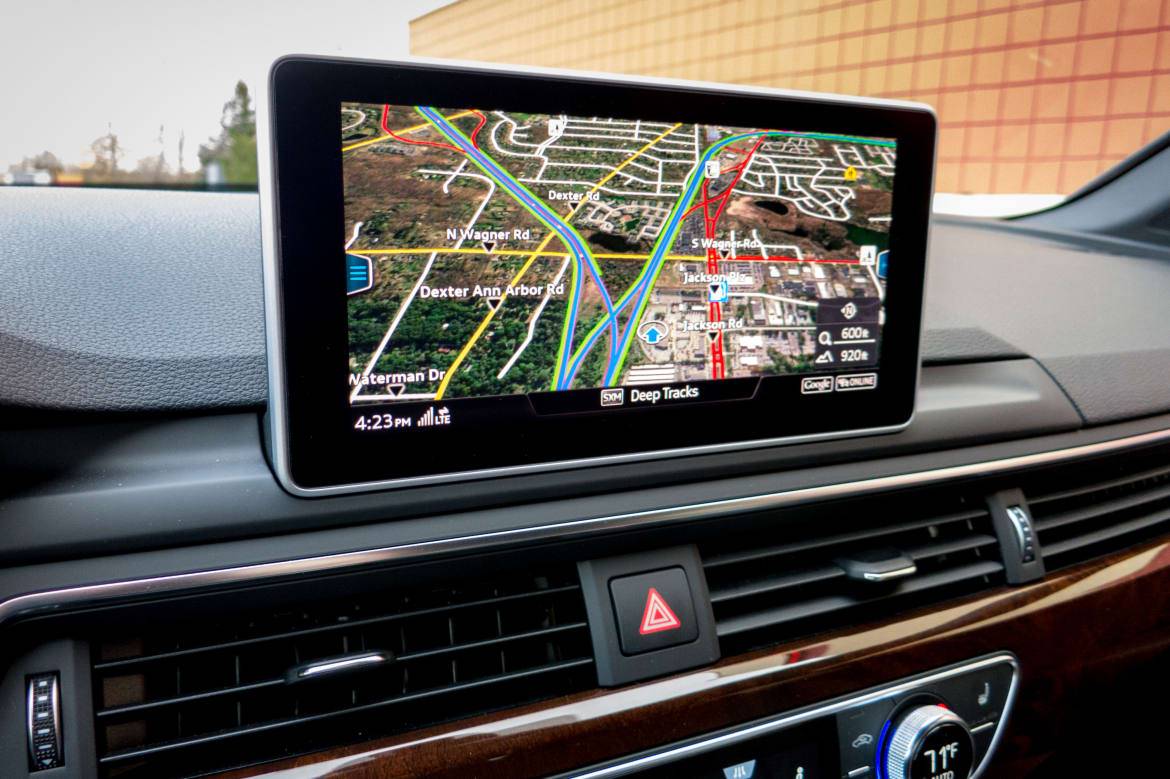 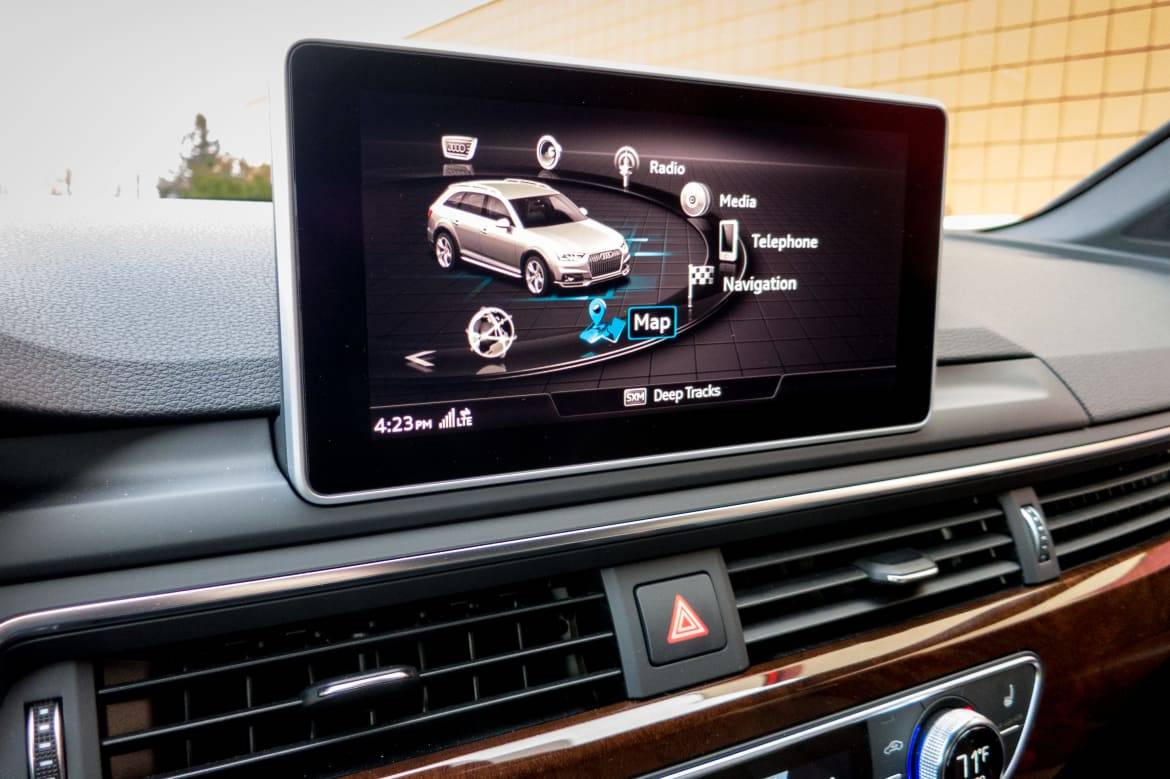 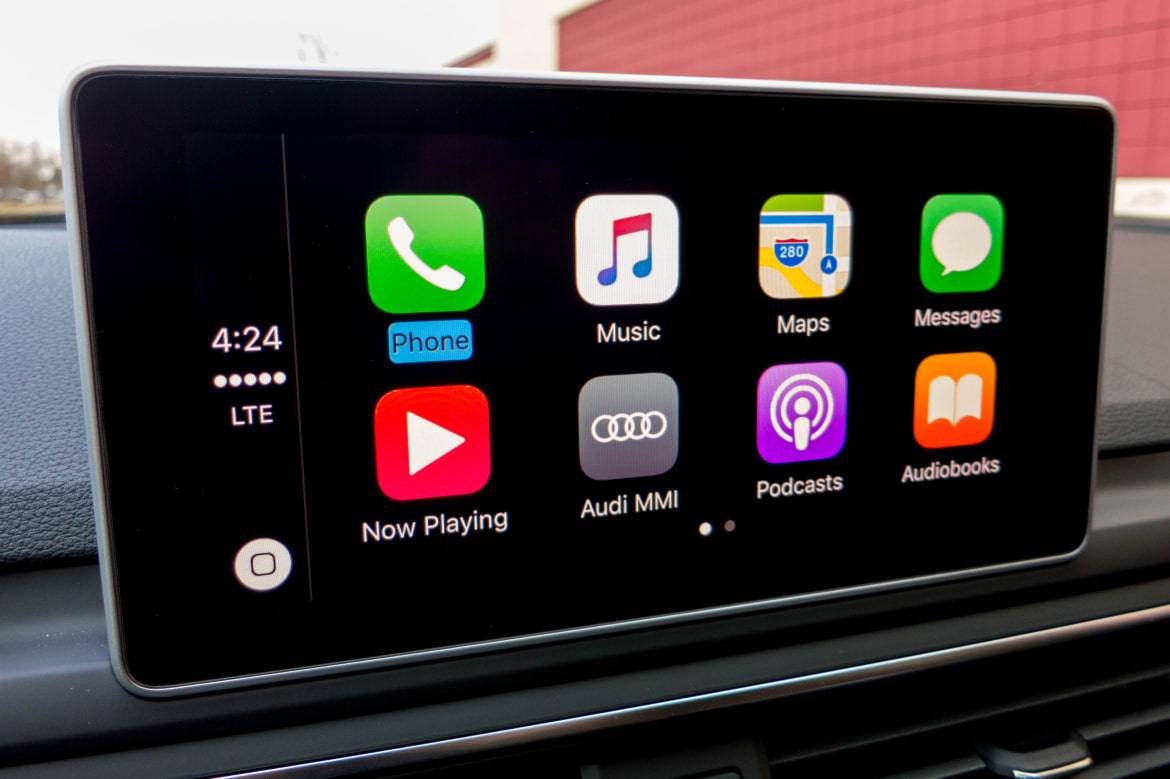 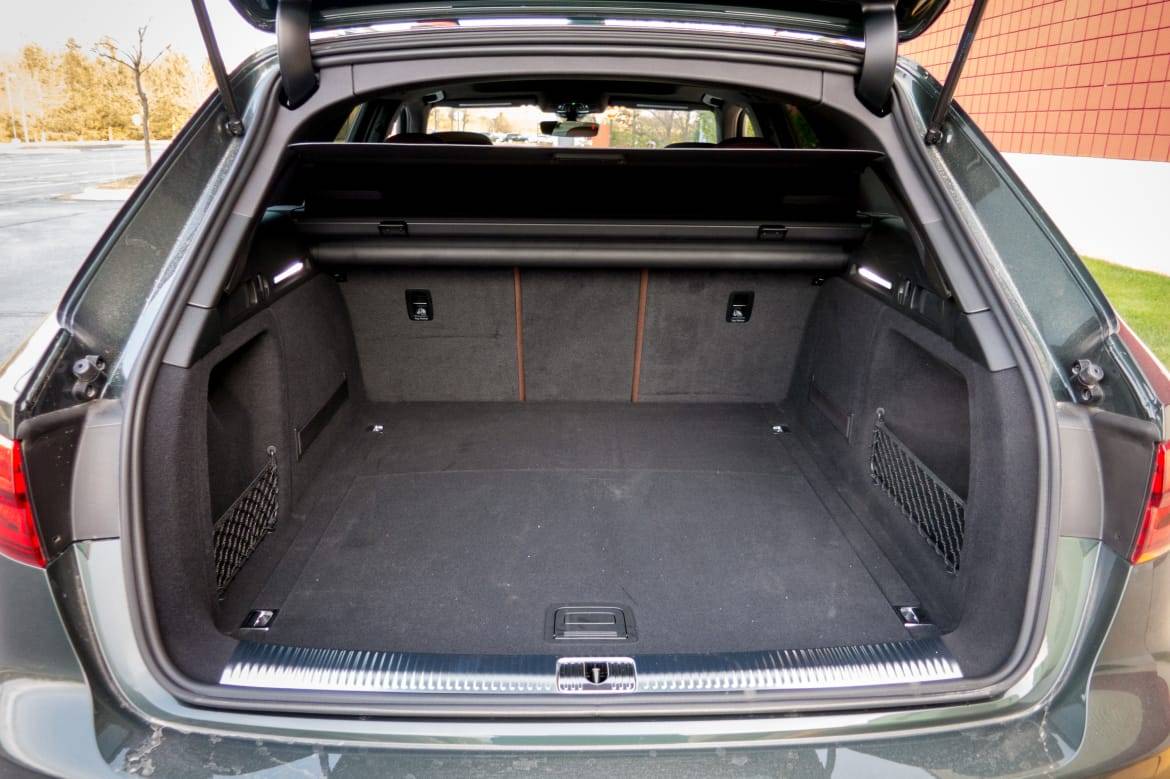 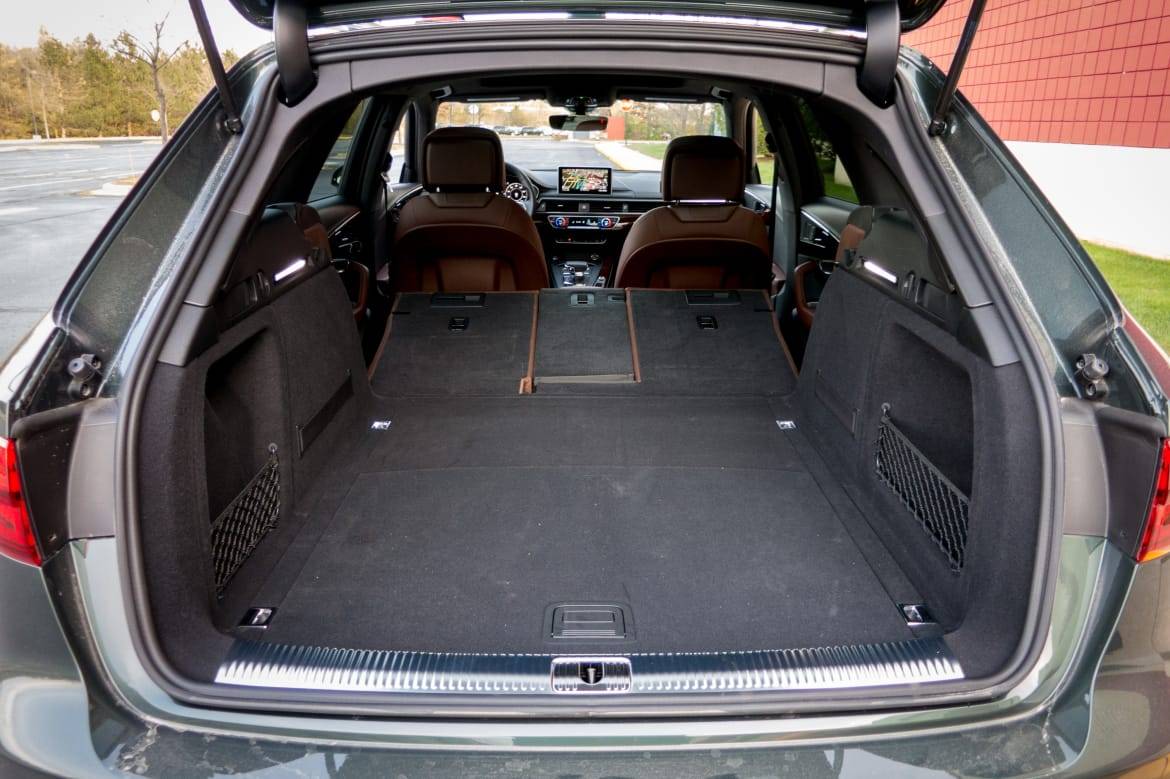 Americans used to love wagons; they were the family vehicle of choice for decades before minivans and SUVs came along and put an end to their dominance. That’s a shame, really, because unless you really need to sit up high, wagons are fantastic: They’ve got all the handling and performance characteristics of a good sedan along with the ability to carry a bunch of extra stuff.

Audi used to sell some of the best wagons in the U.S., but like so many other brands, it’s gone almost exclusively to SUVs now — almost. There’s still one Audi wagon left in the lineup here: the 2017 Audi A4 Allroad. Said the Audi engineers I imagine dreamed up the concept, “If Americans really love SUVs but a few still want a wagon, maybe we can create a butch wagon that sort of looks like an SUV but isn’t one, really.”

Originally based on the A6 wagon, the Allroad has been based on the smaller A4 since 2011. For 2017, it’s received a refresh just like the A4 has, with a new front and rear design, an updated interior and new electronics, as well. But in a land where the SUV is king, can a compact butchwagon really be competitive?

The Audi A4 Allroad looks a little silly. It sits a little more than an inch higher than the conventional A4 sedan thanks to a combination of a taller suspension and bigger tires, ostensibly to give it better ground clearance for off-road obstacles. But it’s the matte-black plastic fender flares that are the strangest bits. They combine with similar trim on the front and rear bumpers in an attempt to give the Allroad a beefier, more rugged look. But the rear fender trim doesn’t work well with the rear door cut-lines, so the trim itself is in two pieces.

The Audi A4 itself is good-looking, if traditionally Audi. With a large shield grille up front, LED running lamps and smooth lines toward the horizontal taillights, it’s a minor update on Audi styling themes of the past 20 years. It’s attractive overall, but the Allroad additions — meant to make it look more robust — don’t really work. Thankfully, they’re not out of place in this class; the Volvo V60 Cross Country and Subaru Outback both have the same treatment.

BMW sells a 3 Series wagon in the U.S. but doesn’t have an off-road-style competitor for the Allroad. Given it tends to match its German competitors model for model, I’m somewhat curious as to why not.

This powertrain combination has always been a high point of the A4 line, and this latest iteration is no different. Smooth and torquey, it accelerates the Allroad with pleasing alacrity and allows it to cruise effortlessly through cities and over highways. The 2.0-liter motor is a gem.

Audi says the Allroad goes from zero-to-60 mph in a respectable 5.9 seconds, and with Audi Drive Select switched to Sport mode, I have no doubt of that claim. The problem is, in order to get any kind of responsiveness out of the Allroad, you have to leave it in Sport mode. Its normal drive mode (Auto) is tuned more for fuel economy; the dual-clutch transmission shifts lazily, and engine response is similarly subdued.

Comfort mode makes things downright posh, but even in Auto mode, this may be the softest-riding German luxury car I’ve ever driven. The 18-inch wheels feature tires with taller sidewalls than one might expect, making for an extremely comfortable, compliant ride. That also translates into a less responsive vehicle with less sharp handling. You can feel the Allroad squirming around on its tires on dry pavement, but that’s not likely to be an issue for most owners, who likely aren’t planning on doing any parking lot autocrosses or track days in their Allroad.

Where that extra sidewall and compliant ride come in handy is on broken dirt roads, over which the A4 Allroad glides with nary a protest. Switching Drive Select to Off Road mode supposedly changes engine response, Quattro characteristics, transmission shifting and steering feel, but I wasn’t able to detect a difference at all between it and the Auto and Comfort modes when driving over dirt. Still, in the Allroad you’re able to traverse washboard dirt roads much more quickly than you would even in a dedicated off-road SUV due to its compliant suspension, making the A4 Allroad a supremely comfortable performer over a variety of terrain.

We should note, however, that despite its Off Road mode, this is not an off-road vehicle — it’s an Allroad vehicle, and the word “road” is still very much part of the equation. The front and rear bumpers aren’t modified to allow for better approach and departure angles, ground clearance isn’t up to the level of most SUVs, and there are no underbody protection pieces, like skid plates or rock rails, so you’re not going to be tackling the Rubicon Trail in an Allroad, well, ever. And that’s perfectly fine for most buyers; it’s meant for those wanting something with the rugged appearance of a beefy SUV but the comfort, handling and driving position of a passenger sedan. The Allroad delivers well on that front.

Fuel economy isn’t bad, either. The A4 Allroad is EPA-rated 23/28/25 mpg city/highway/combined. My long weekend of testing netted the advertised 25 mpg on average. The Volvo V60 Cross Country benefits from having an extra gear in its transmission, so it’s rated 22/30/25 mpg, while the larger Subaru Outback somehow manages to beat them both. Despite having a six-speed automatic transmission, the Subaru’s horizontally opposed four-cylinder engine (not an inline turbo-four like the Volvo and Audi) is rated 25/32/28 mpg — considerably better than the Audi in a bigger car.

The inside of the Audi A4 Allroad is nice, but not as impressive as Audis of the past. The competition has most definitely caught up with Audi, and this new A4 Allroad feels no better than a premium-trim Volkswagen — and maybe a step below a Mercedes-Benz C-Class. It’s not a luxury interior so much as a premium interior, even with the upgraded High Gloss Burl Walnut trim.

You sit quite low in the Allroad — another reminder that this isn’t an SUV — but the driving position is comfortable, and visibility out the vehicle is good in all directions thanks to a lot of glass. Front-seat comfort is adequate, but the rear seats are cramped, with not much in the way of legroom. Headroom is plentiful in front and back, even with the big panoramic moonroof.

There are plenty of amenities available as options, however, such as heated rear seats and a heated steering wheel (available in the Cold Weather Package), plus eight-way power front seats and more.

What’s immediately disappointing upon entering the Allroad — or really any of the newest Audis — is the realization that one of the best and easiest-to-use multimedia systems on the market has been largely ruined. Gone is the super-intuitive four-corners Audi Multi Media Interface that was easy to learn and use without looking down at your fingers to find the right buttons. In its place is a less friendly amalgam of buttons, switches and knobs. The system works quickly, but it’s much more distracting to use than previous generations of MMI. Apple CarPlay and Android Auto are available, but using them with controls like the Allroad’s, rather than a touchscreen, can be irritating.

The big digital screen that can replace the gauges isn’t any better. While it definitely brings the wow factor to the Allroad’s interior, the optional Virtual Cockpit display is a jumbled collection of graphics controlled by five-way switches on the steering wheel. It makes simple tasks like changing radio stations or finding presets an exercise in random button-pushing to find out what does what. Being able to turn the entire gauge cluster into a navigation map is interesting, but not really any more helpful than having it on a center console display for passengers to use, as well. Overall, Virtual Cockpit seems more gimmicky than truly useful.

What the Audi Allroad does well, however, is carry stuff. Auto journalists tend to have an unnatural love for wagons, more than for SUVs, and there’s good reason for that: the driving dynamics of a sedan with the cargo capacity of utility vehicles. Cargo capacity in the Allroad is 24.2 cubic feet with the rear seats in place and 58.5 cubic feet with them folded. The seats don’t, however, fold flat, leaving you with a slightly angled cargo floor, which is less than ideal.

By comparison, the similarly sized Volvo V60 Cross Country has 28.0 cubic feet in the way back, expandable to a much lesser 43.8 cubic feet overall. For the same money (or less), you can get a lighter, larger Subaru Outback that offers up 35.5 cubic feet of cargo room with the seats in place and a cavernous 73.3 cubic feet of maximum space.

The new 2017 Audi A4 Allroad earned five-star ratings in side-impact and rollover crash tests but has not been tested for front impacts by the National Highway Traffic Safety Administration. The Insurance Institute for Highway Safety hasn’t rated the Allroad.

Audi has long been a leader in safety systems and, unlike some German automakers, it provides many of those fancy electronic systems as standard equipment. You get a lot of airbags standard, including front knee bags and side curtain airbags, as well as Audi’s basic Pre Sense system that tightens up the seat belts and prepares vehicle systems for a collision if it detects one is imminent. The standard Pre Sense City system detects pedestrians at speeds up to 52 mph and can apply the brakes to try to avoid or minimize a collision. Adaptive cruise control with stop and go and traffic-jam assist is optional. A backup camera is standard, but rear parking sensors, blind spot assist, rear cross-traffic alert, and automatic park-in and park-out are optional.

If you’re looking for a real station wagon in the U.S., the Audi Allroad is the only choice available from Audi. It starts at $44,950, including destination fee, with the turbo 2.0-liter four-cylinder engine, all-wheel drive, 18-inch wheels, an adaptive suspension, bi-xenon headlights, a backup camera, a panoramic moonroof, rain-sensing windshield wipers and more. My test car included some extras, like the Technology Package, which includes navigation, remote concierge, the Virtual Cockpit gauges and blind spot warning. It also had Audi’s Premium Plus Package, which brings a  Bang & Olufsen premium audio system, satellite radio, keyless start, LED headlights,  an automated parking system, and heated, auto-dimming exterior mirrors. Some fancier wood trim, a Cold Weather Package and Gotland Green metallic paint brought the grand total of our test car to $52,625.

There are two big competitors for the Allroad so far (more may be coming soon). The closest alternative is the Volvo V60 Cross Country, a built-up version of the V60 wagon that features many of the same styling changes as the Allroad. Beefier fender flares and a higher ride height give it that quasi-SUV wagon look. It’s sized similarly to the A4 Allroad, has a turbocharged four-cylinder engine and standard all-wheel drive, and starts at $42,695, including destination.

If you like the SUV-wagon look but want something less premium (and more spacious), the Subaru Outback is really what put this idea on the market. The Outback’s 2.5-liter four-cylinder isn’t as powerful as the Audi or Volvo engines, but the car itself is lighter and larger than either of them. It’s also less expensive, starting at $26,520, but can be optioned up — with a powerful six-cylinder engine and luxury appointments — to just less than $40,000. Compare the three here.