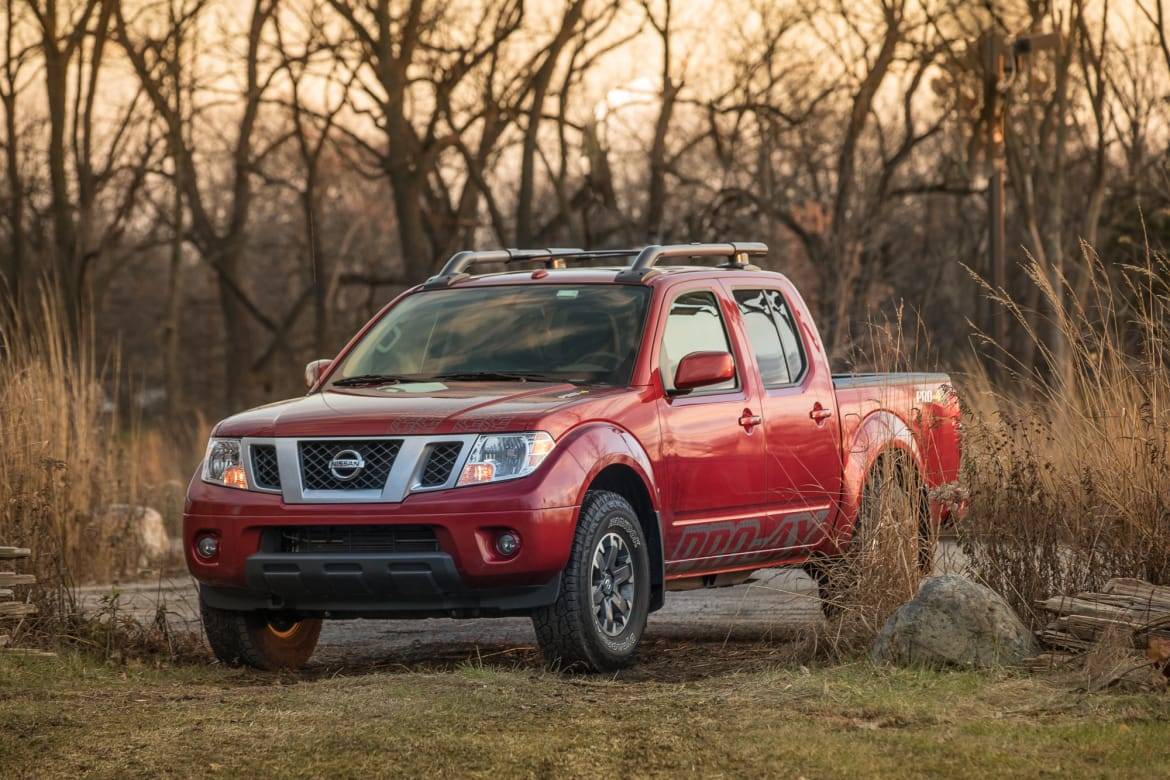 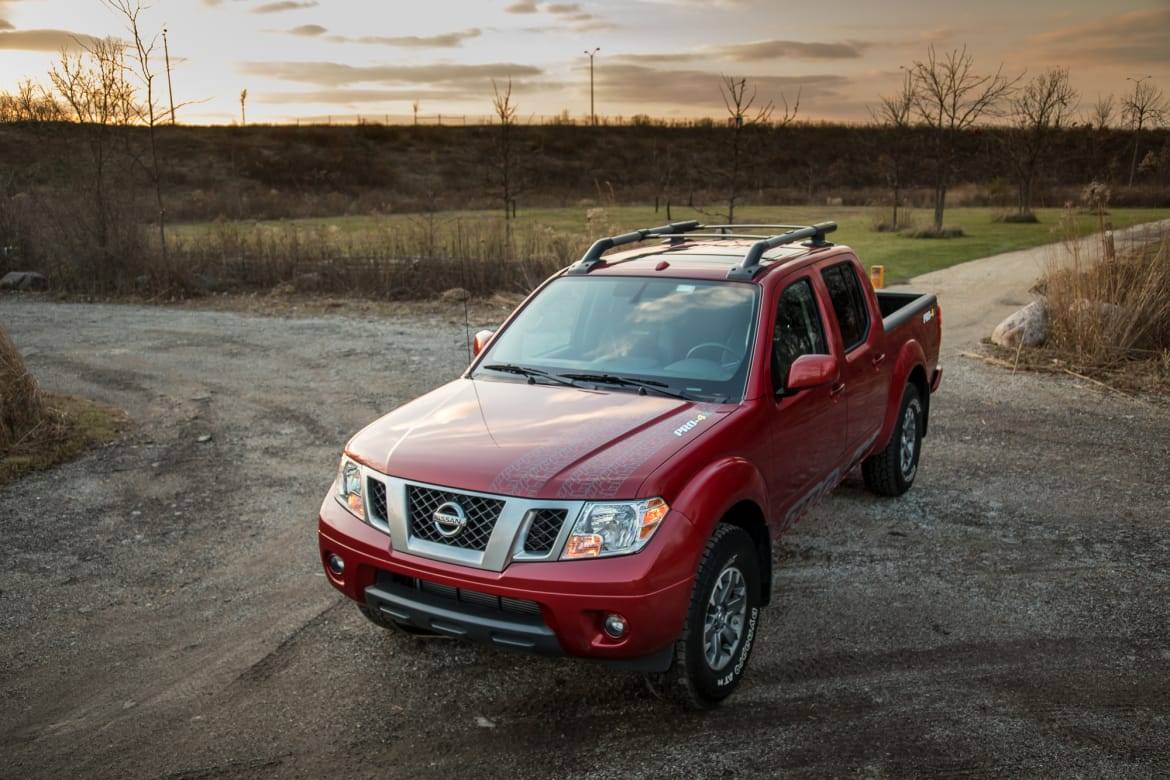 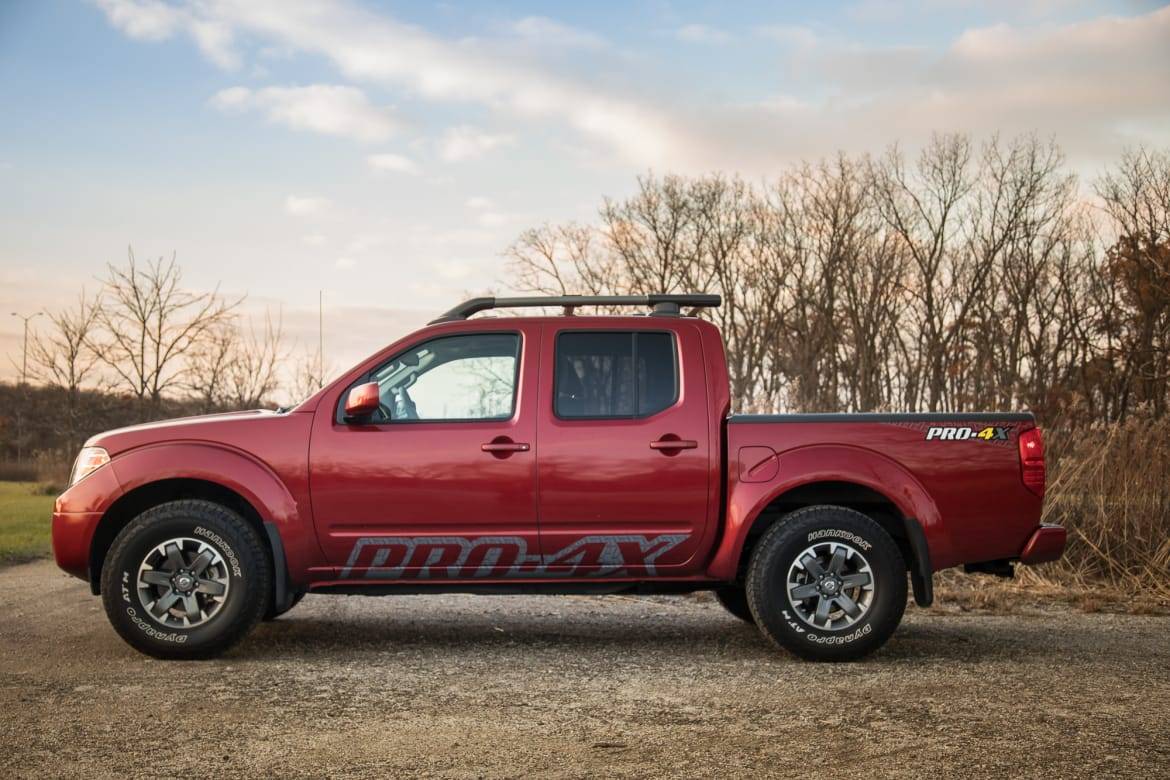 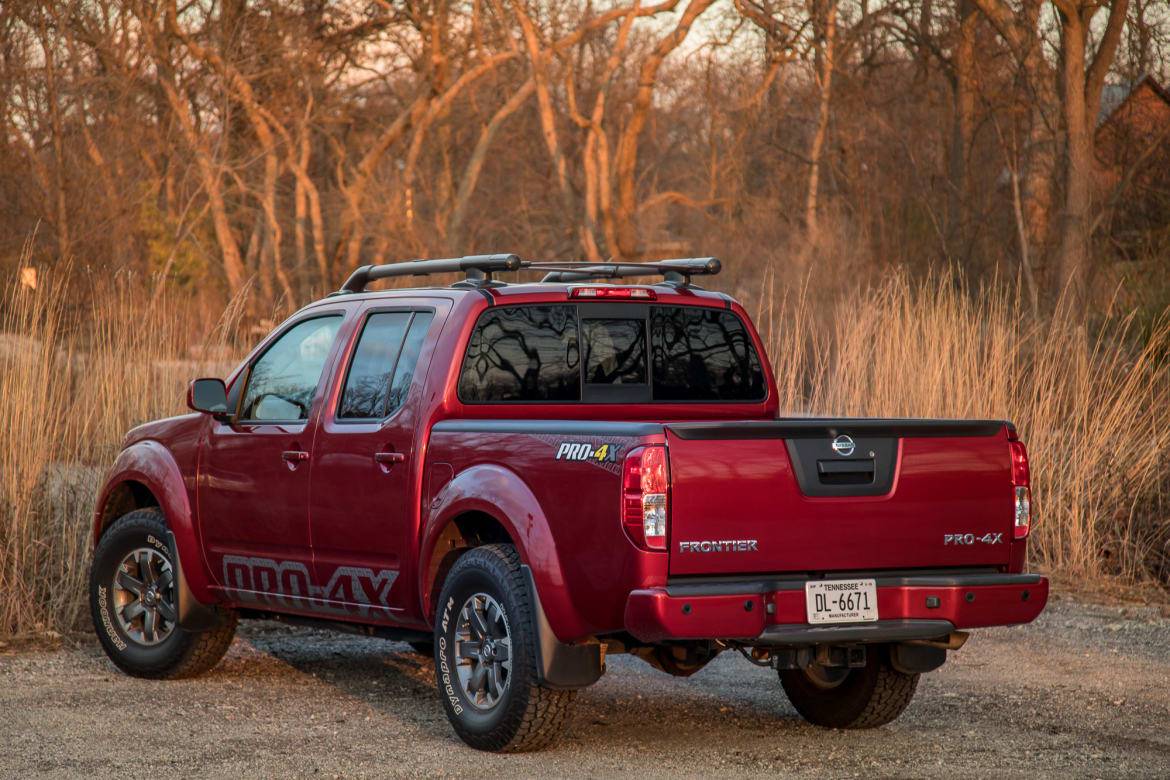 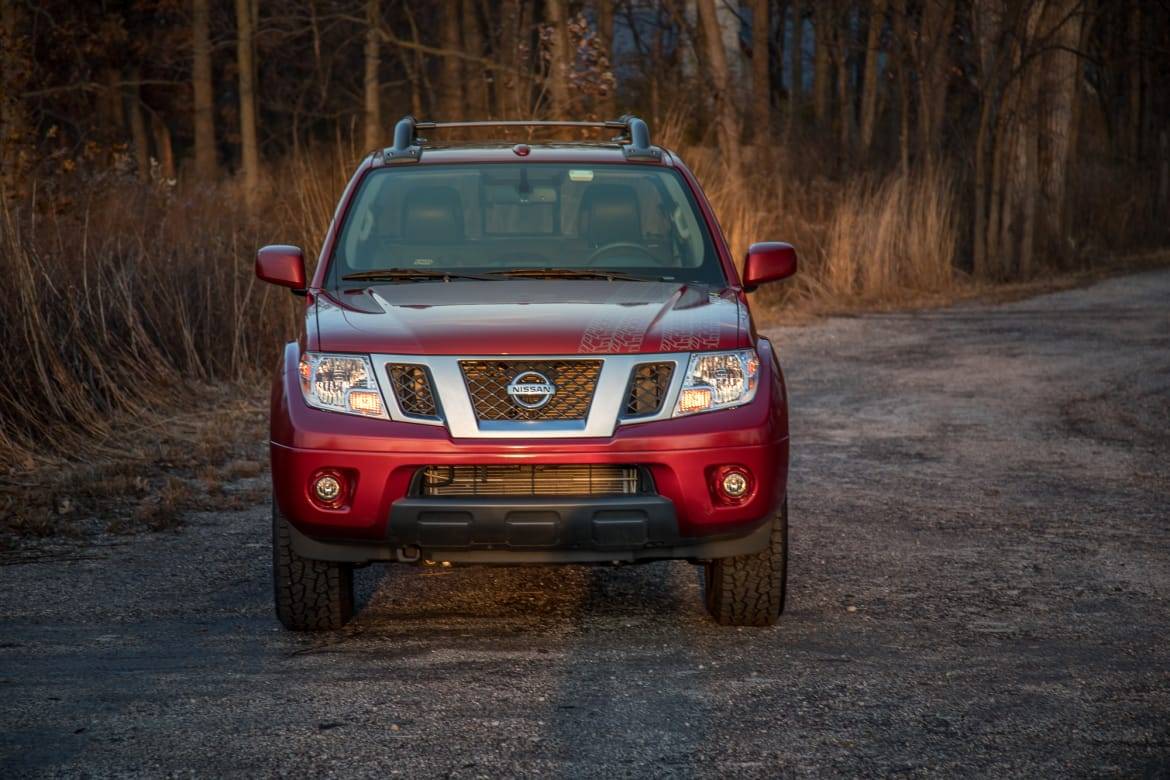 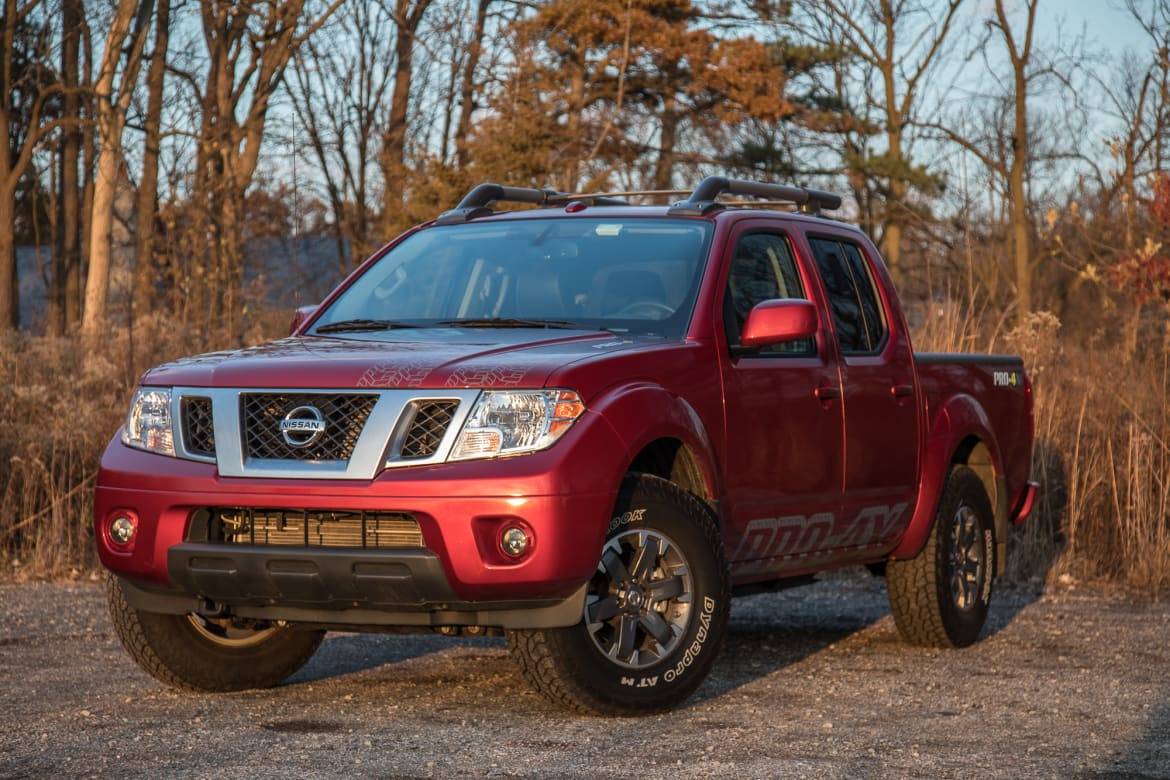 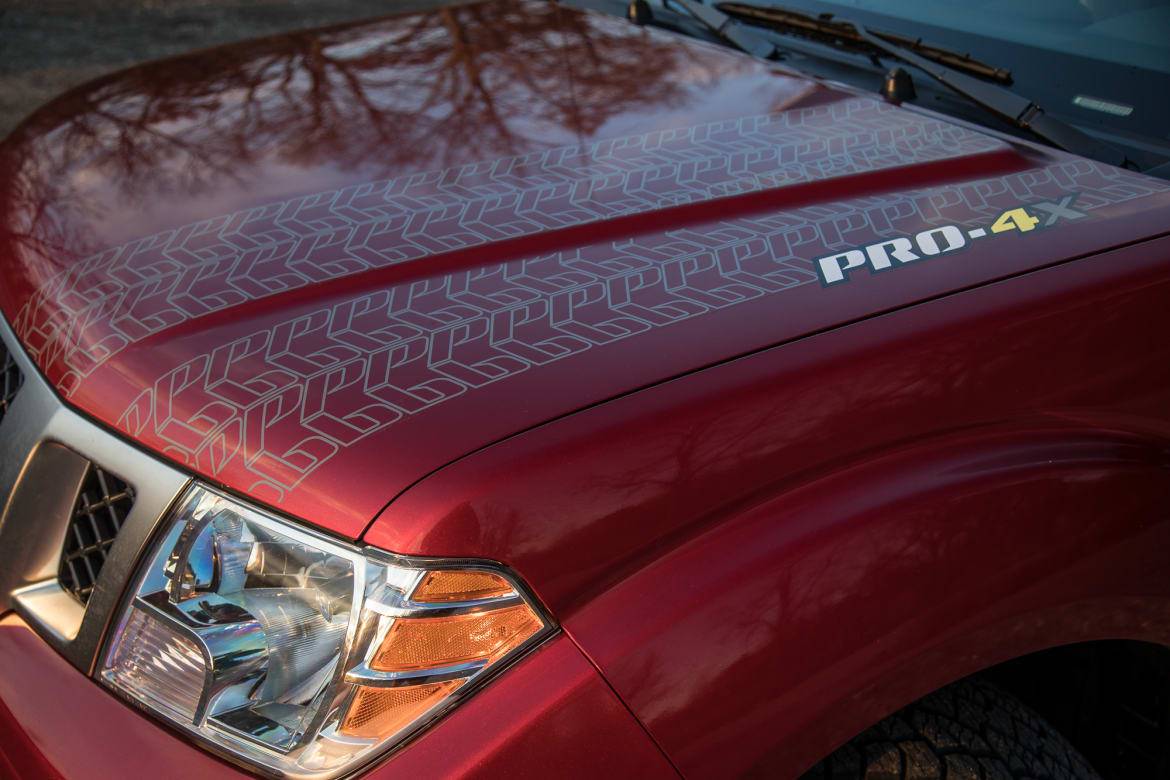 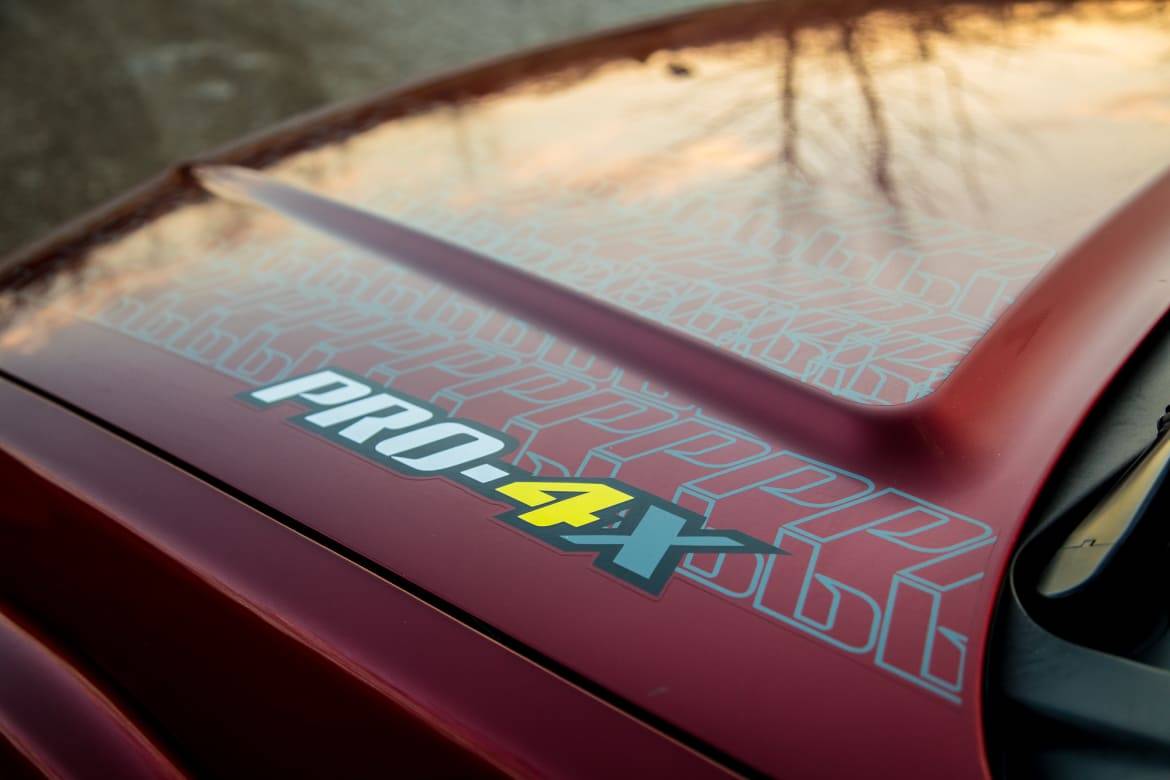 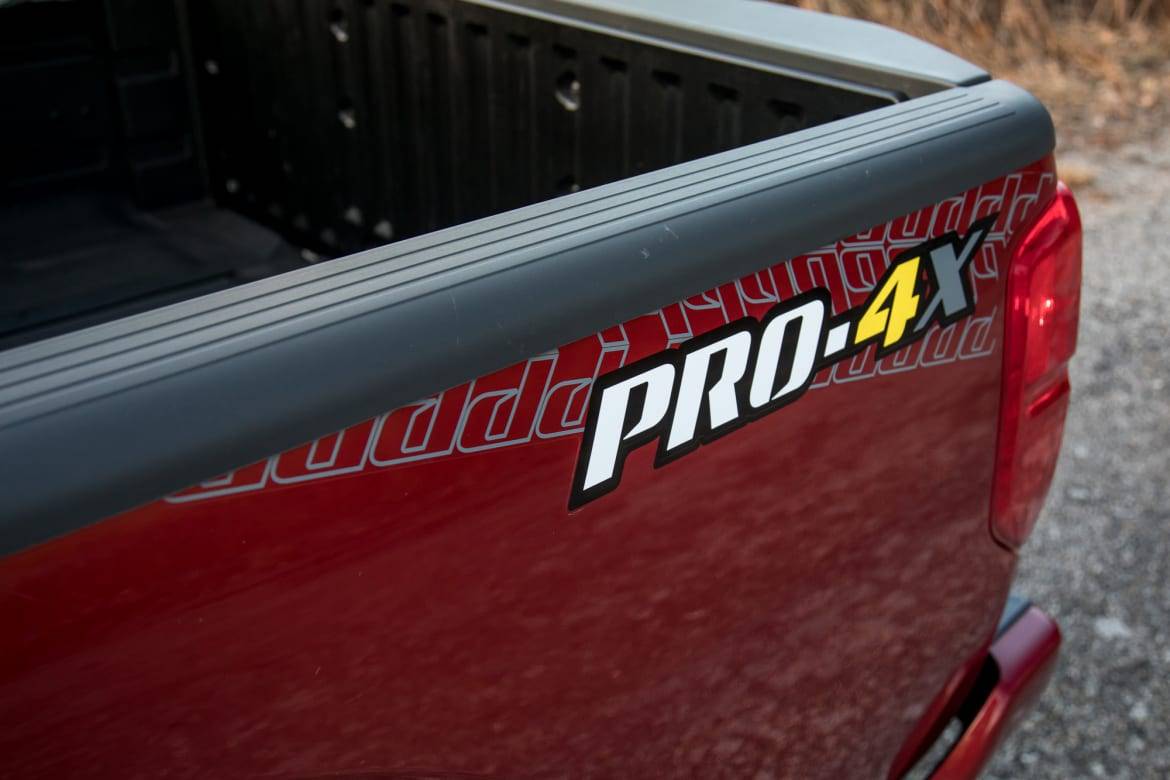 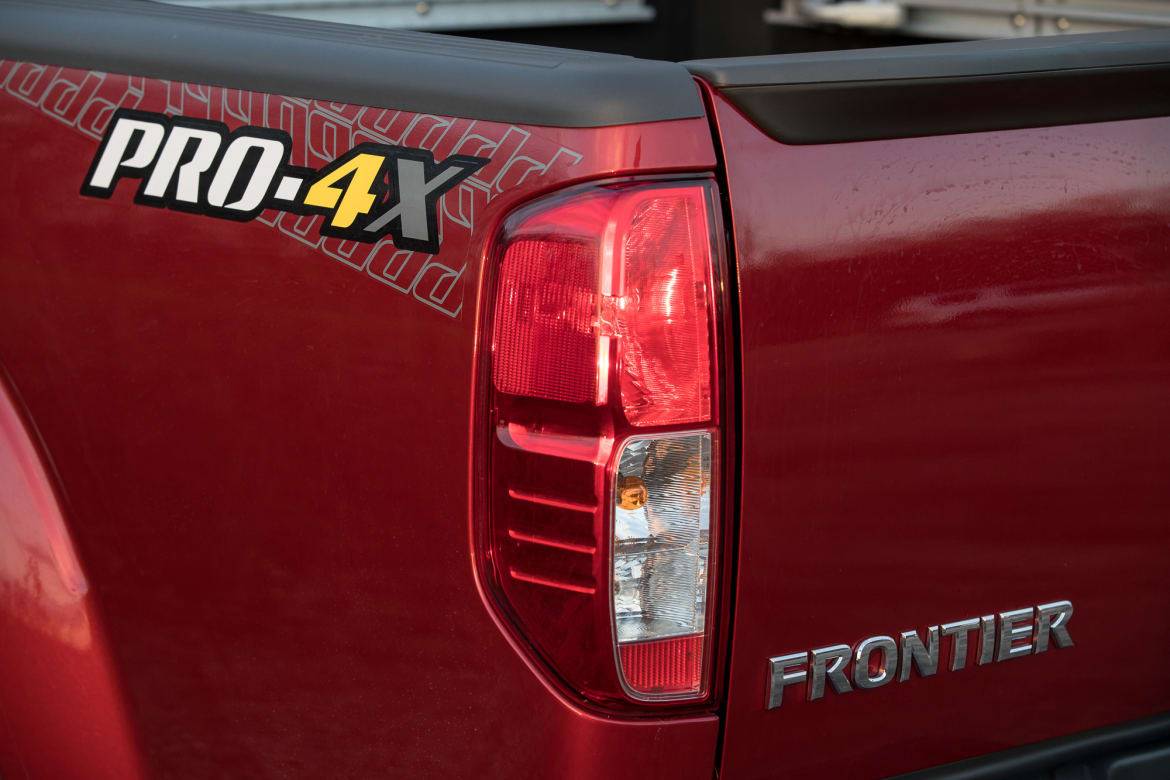 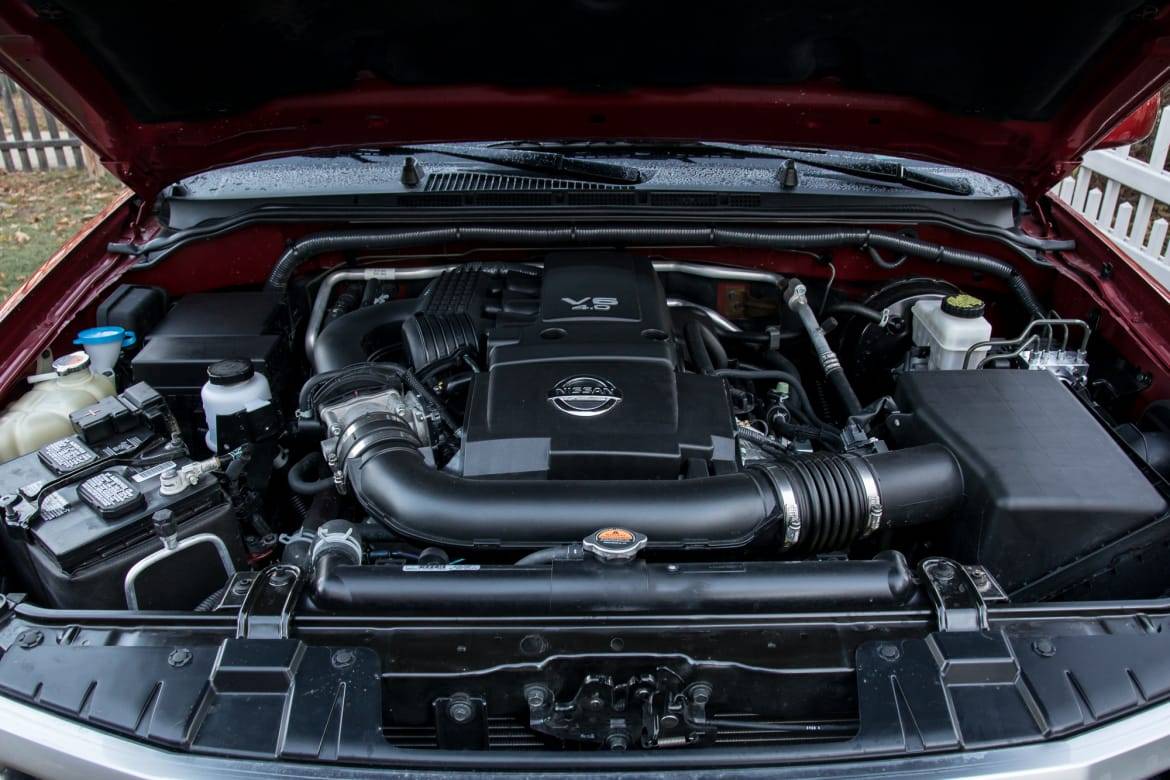 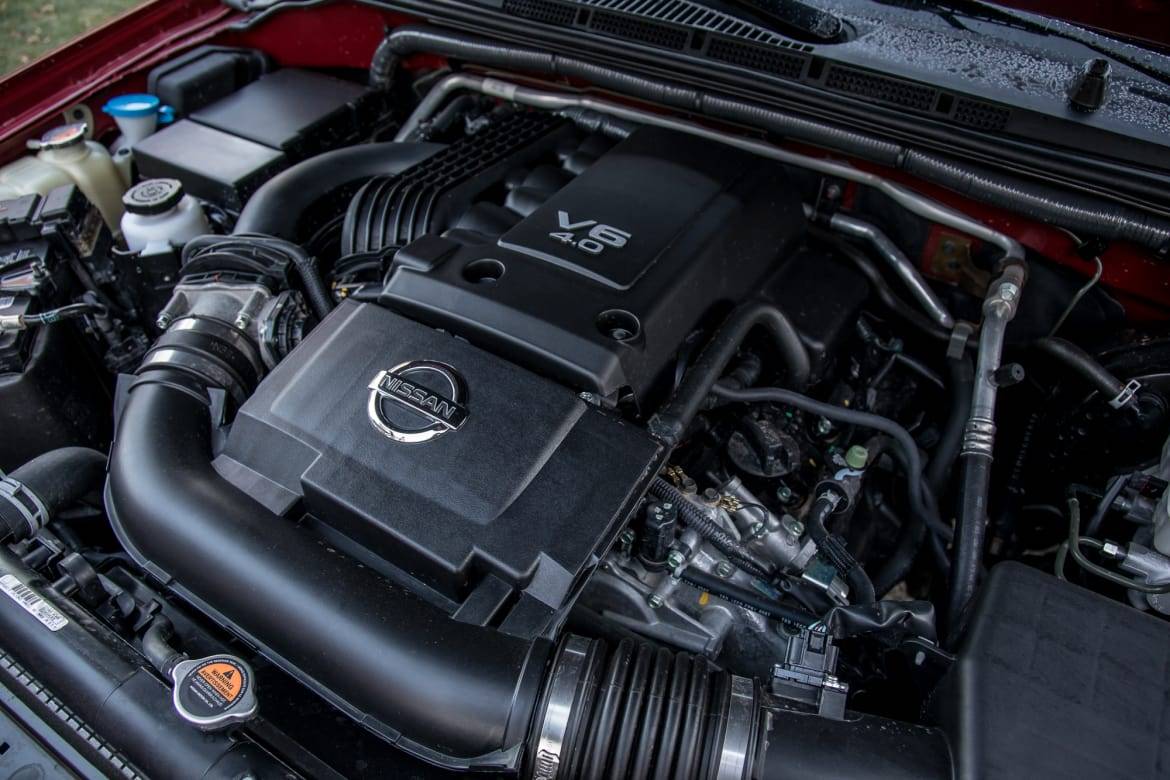 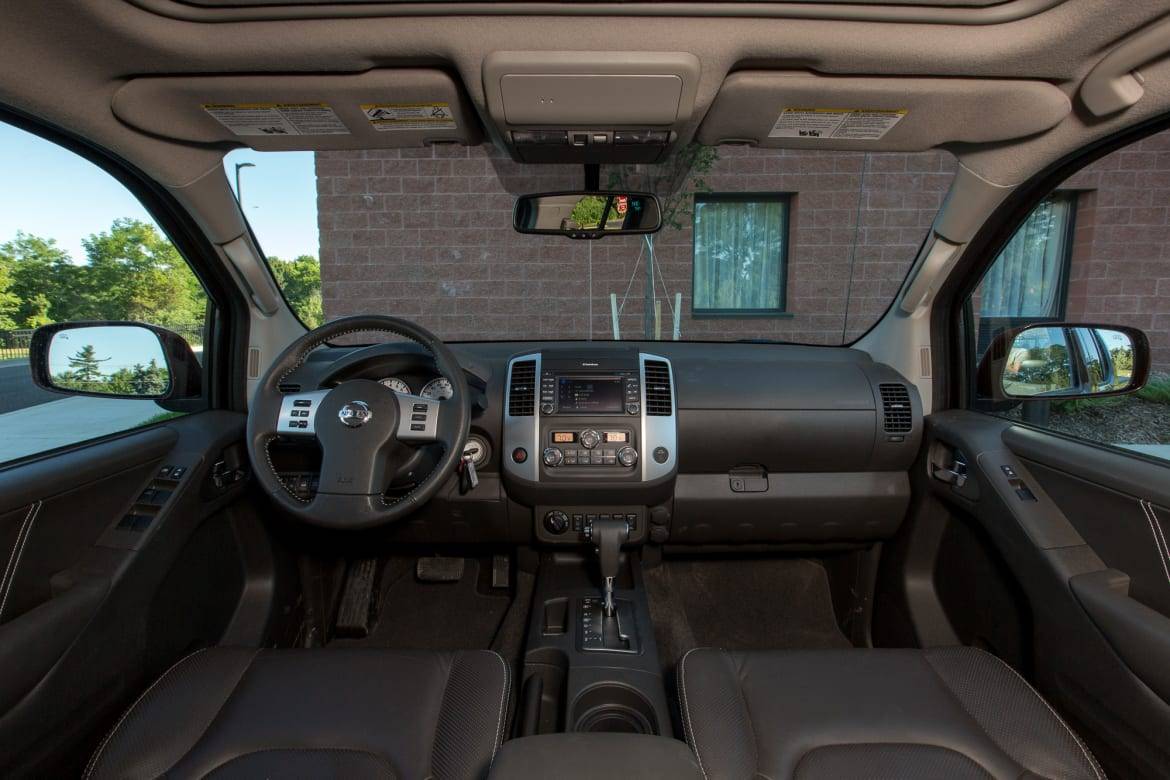 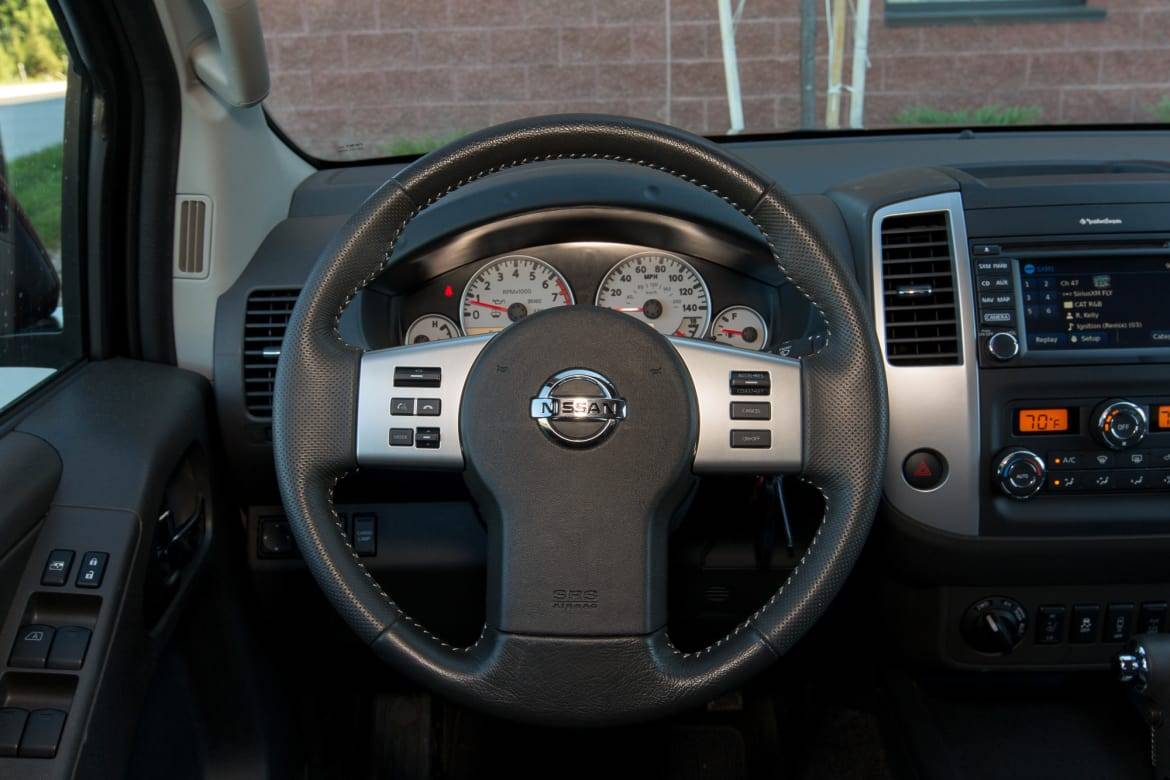 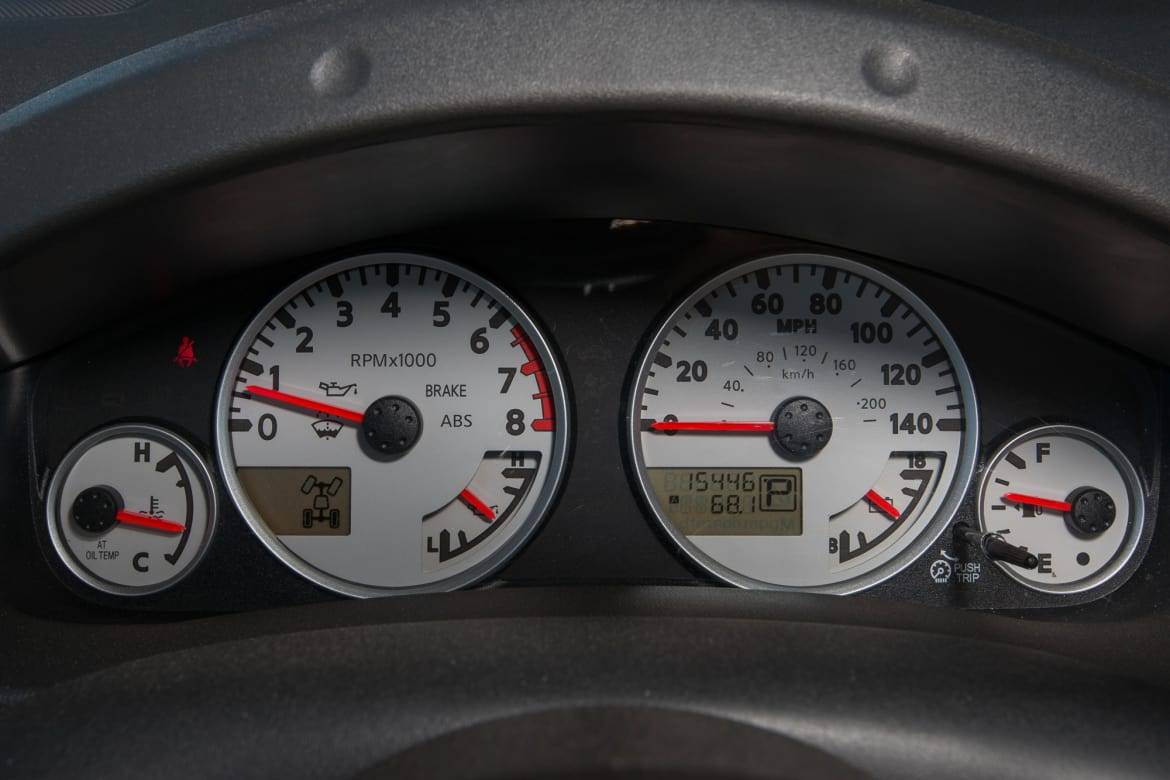 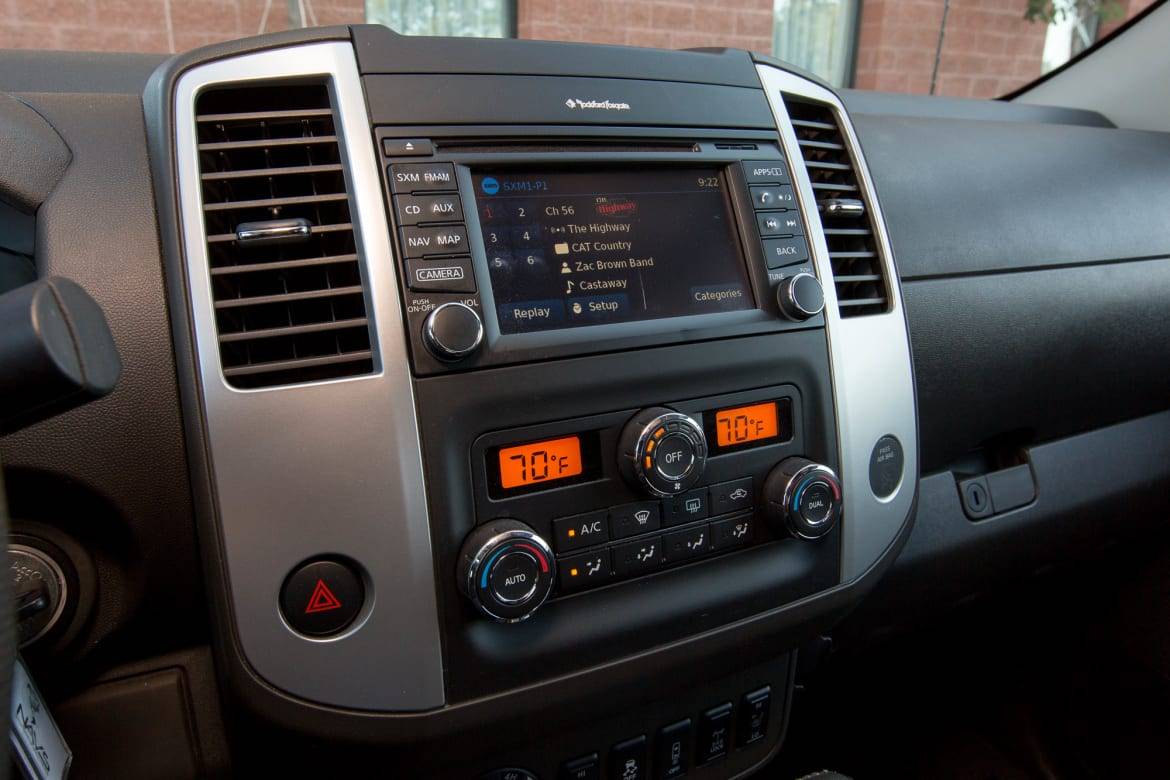 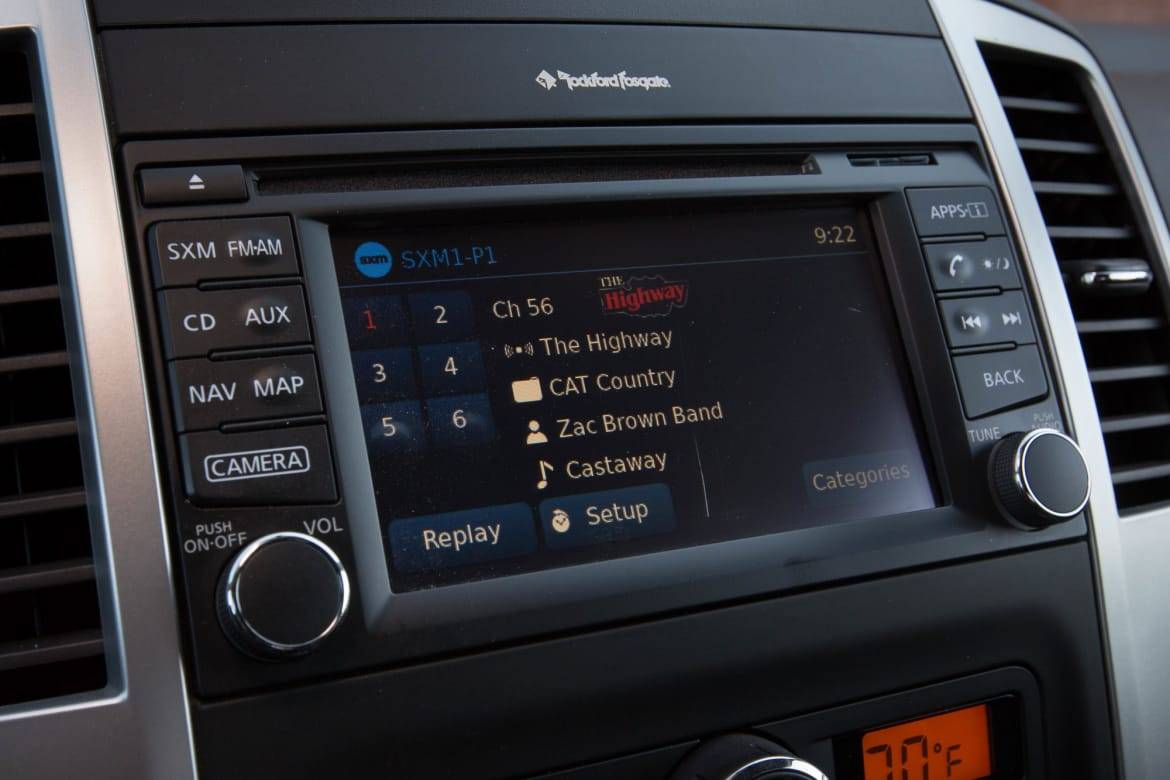 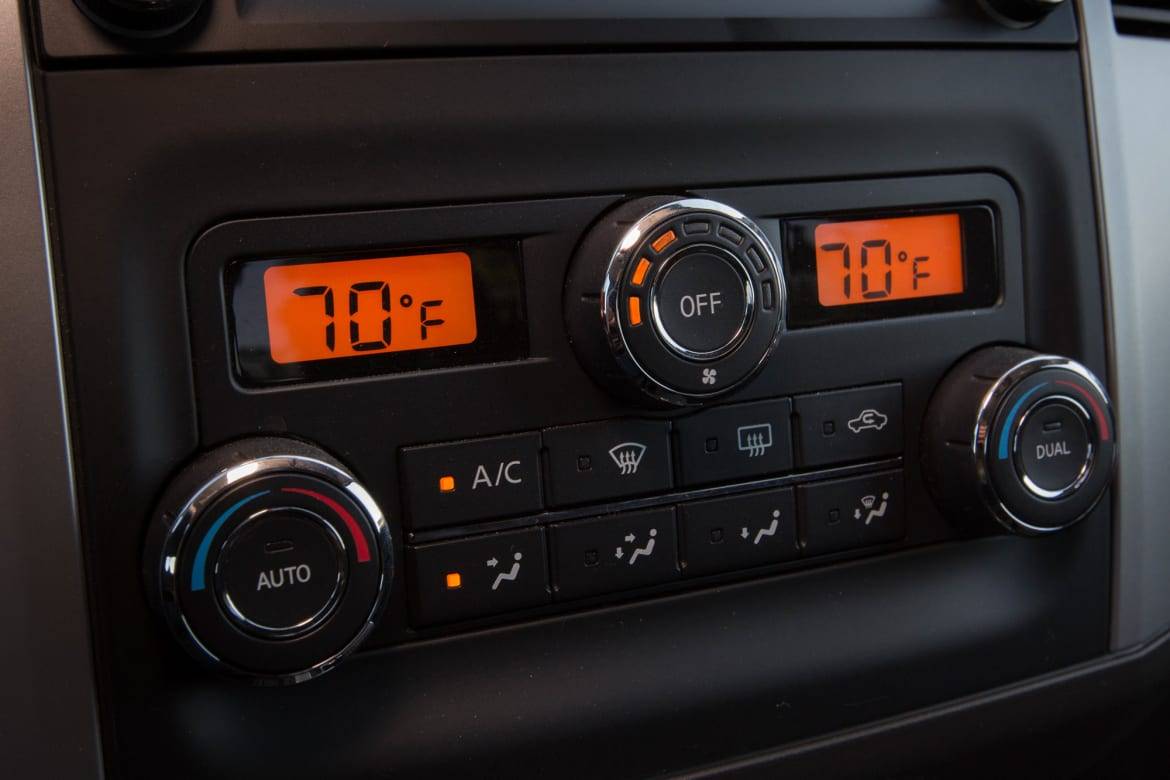 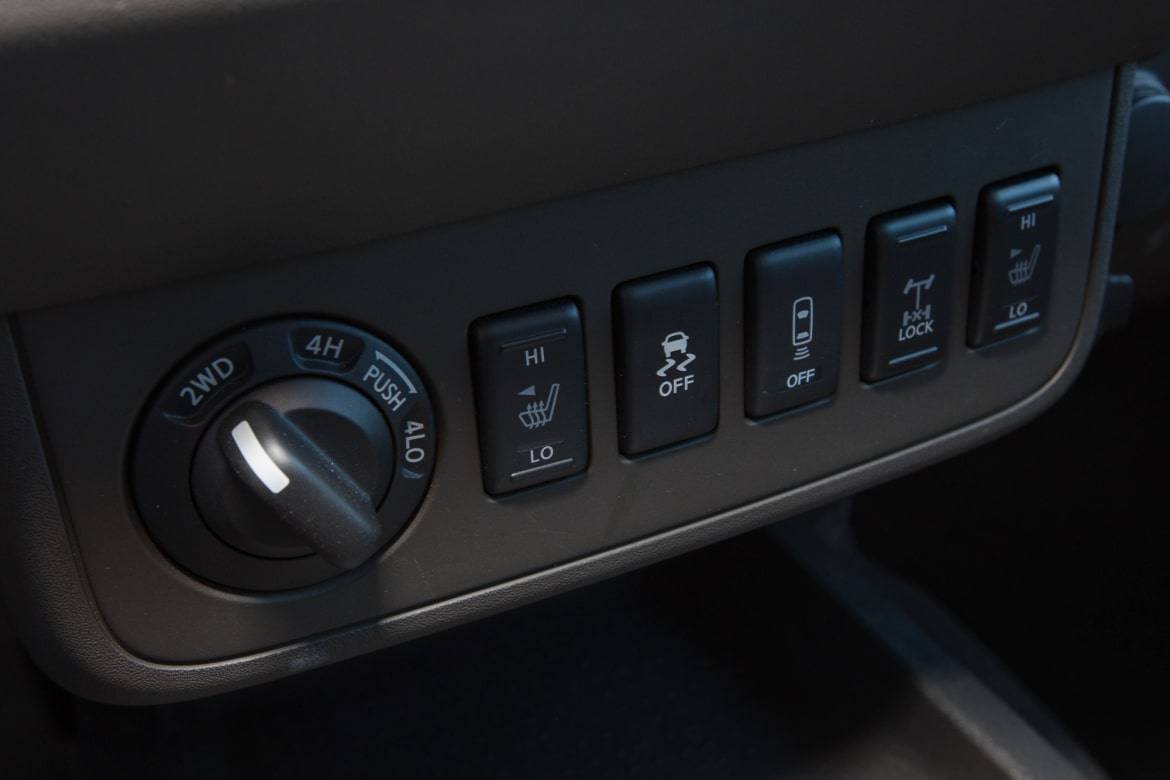 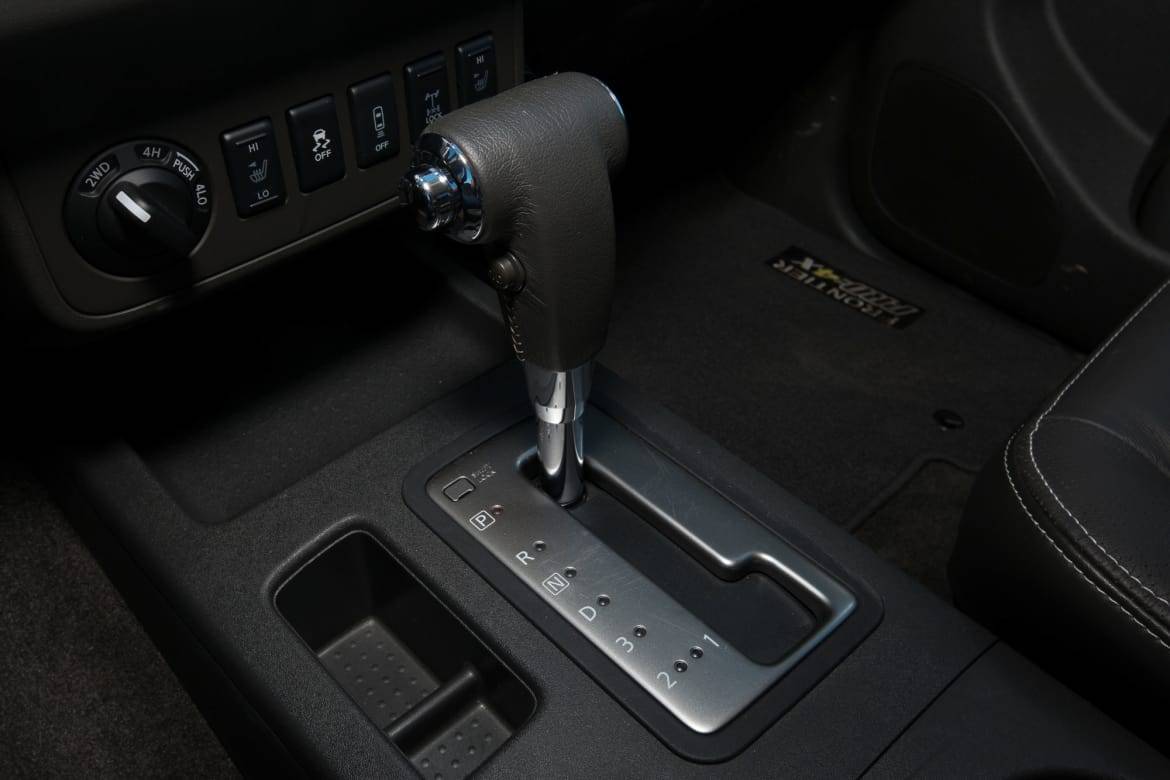 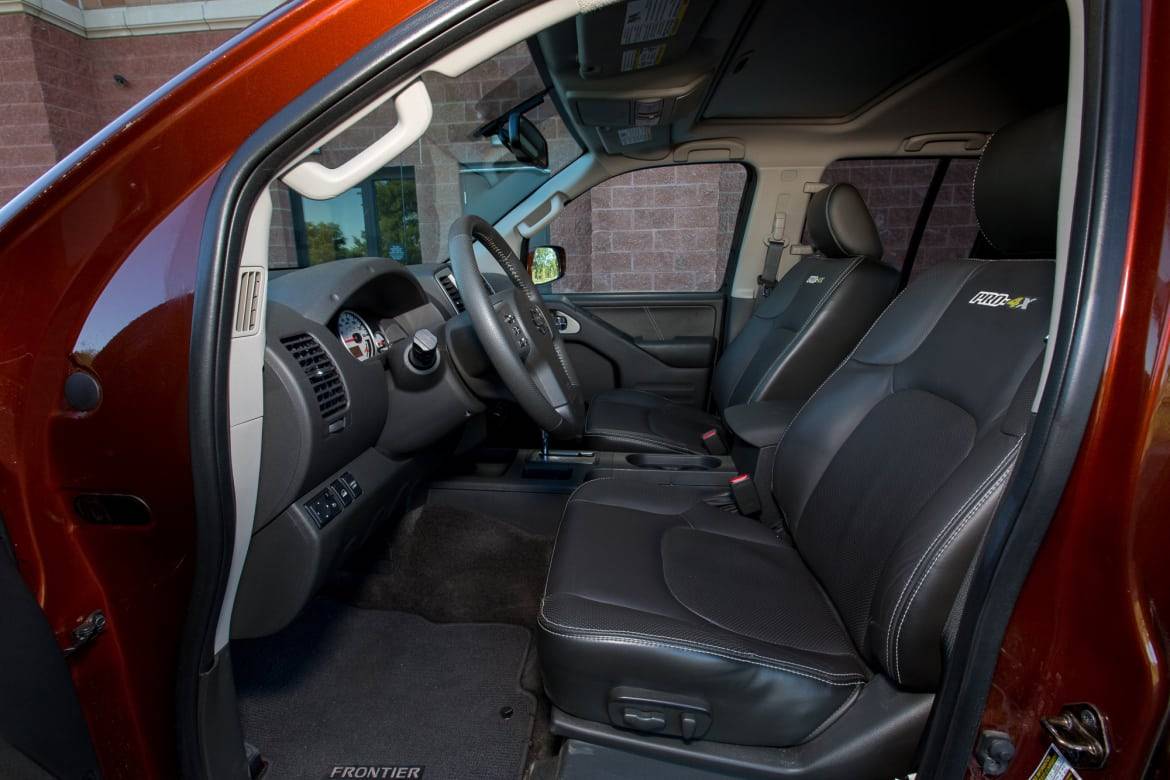 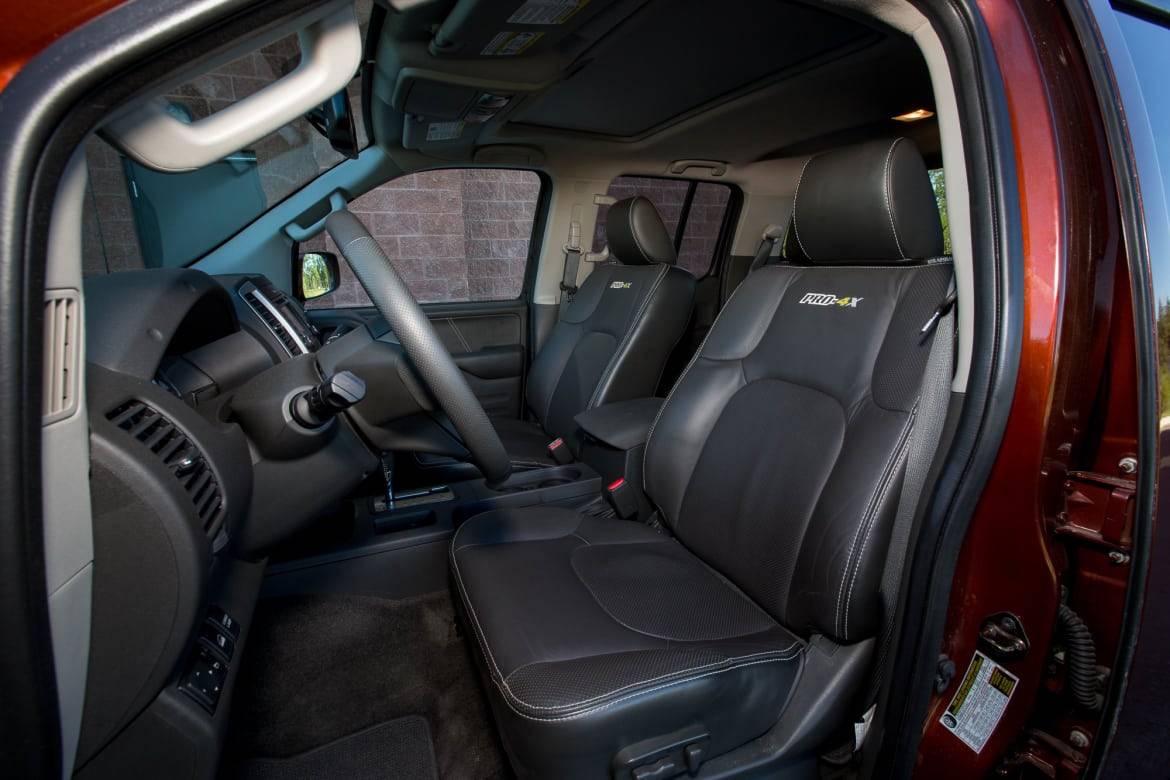 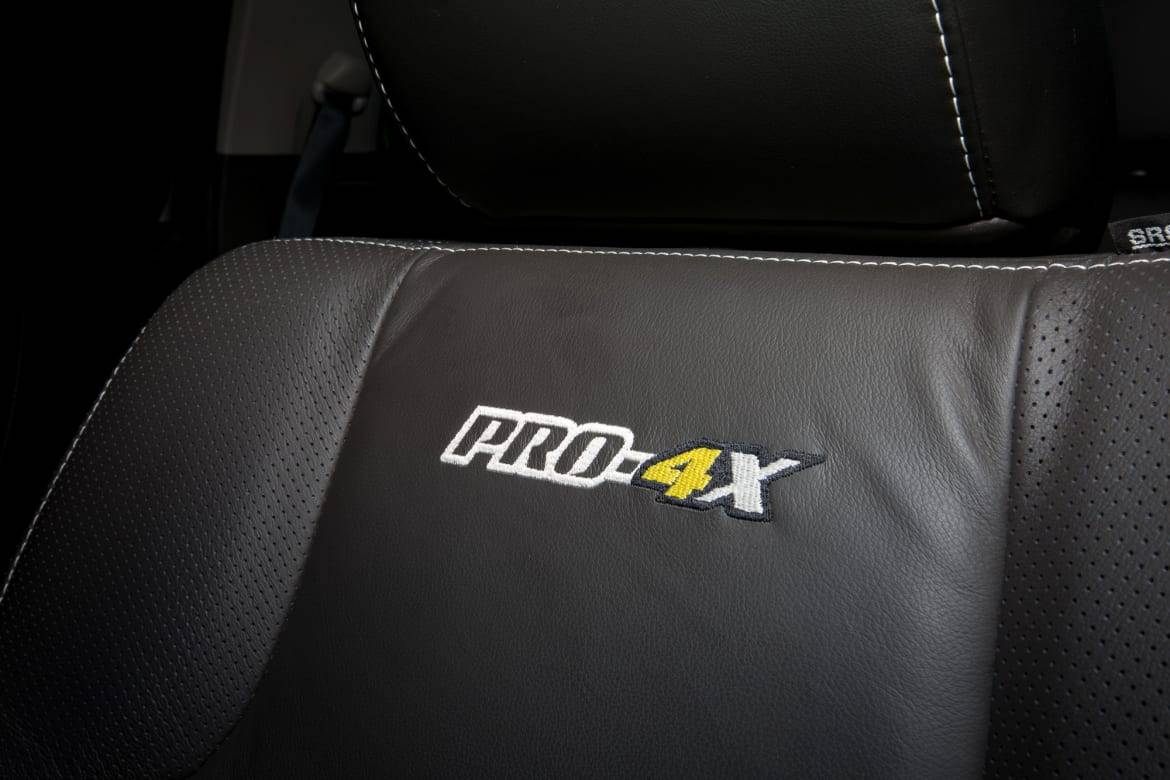 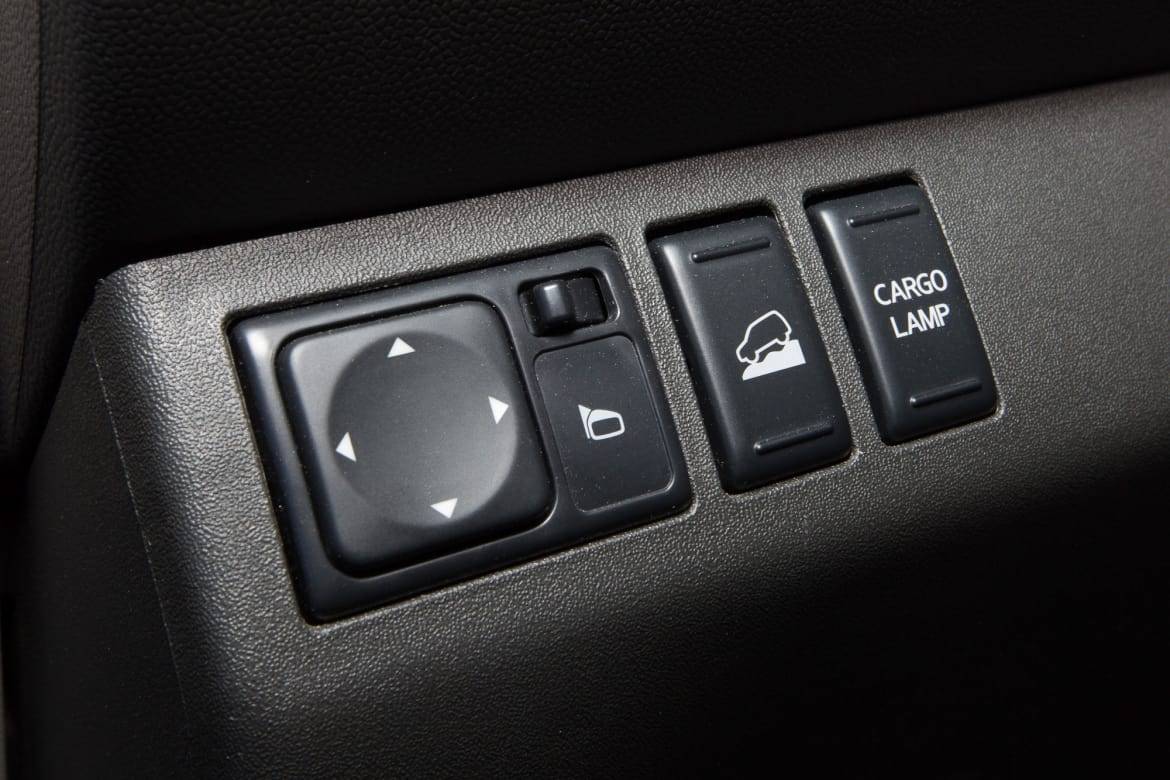 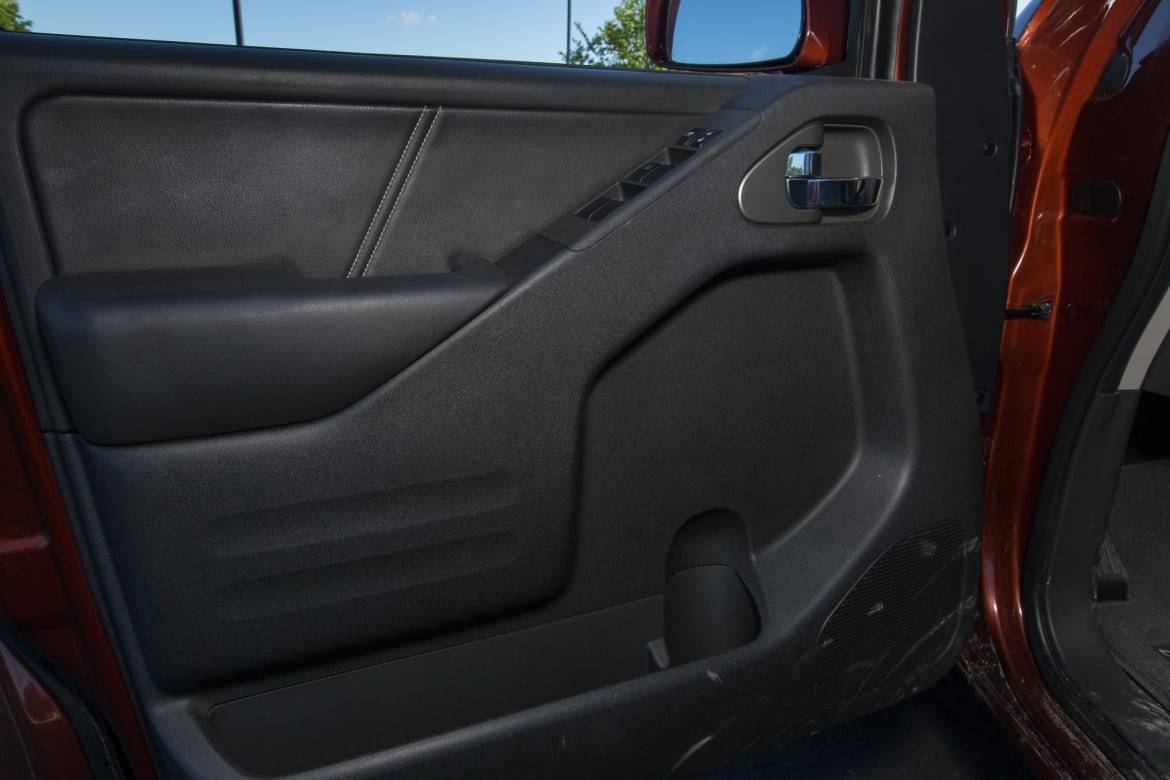 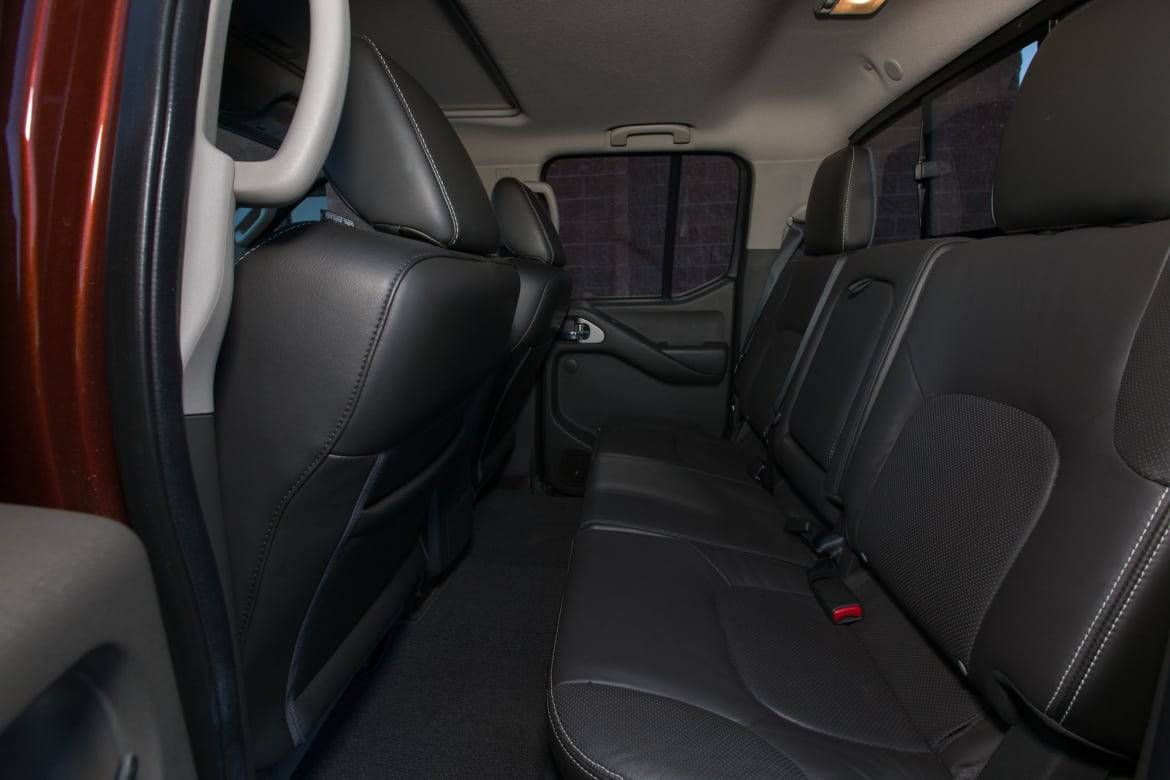 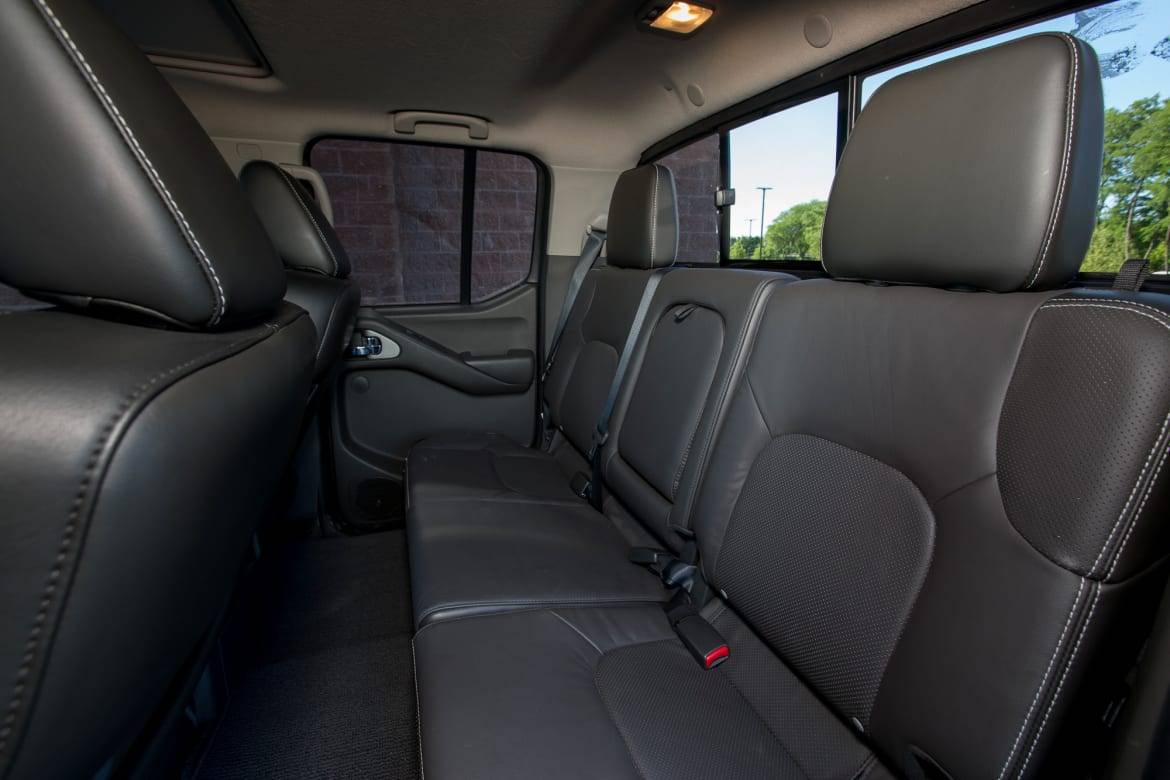 The new Nissan Frontier is the last small, affordable pickup truck. Its starting price of just $19,365 (including destination) is the equivalent of an entry-level Honda Civic or Toyota Corolla but with rugged utility and a bed. It’s a classic case of “you get what you pay for,” however, with a dated, small interior lacking the refinement, features and quality found in the Chevrolet Colorado, GMC Canyon, Honda Ridgeline and Toyota Tacoma (that is, all the other mid-size trucks).

That may sound damning, but the Pro-4X off-road variant I drove is actually a lovable little truck. The Pro-4X is a classic off-road package with meaty tires, off-road shock absorbers, skid plates, a two-speed transfer case and locking rear differential. It’s a blast to drive while bombing around a recreational off-road park like Bundy Hill Offroad in Michigan, where I did the bulk of my off-roading as a judge for our mid-size truck comparison.

Off-Roading in the Pro-4X

The Nissan Frontier Pro-4X doesn’t have the electronic gadgetry of the Tacoma’s Crawl Control or the super-smart optional all-wheel drive of the Ridgeline, but when the objective is to have fun at an off-road park, that technology takes the fun out of doing it yourself. (If you’re stuck on the side of a cliff somewhere, on the other hand, then you should probably take all the electronic assistance you can get.) The Pro-4X’s classic way of off-roading relies on communicative steering and simply having a ton of tire grip to dig out of tricky situations. When climbing a steep, sandy hill, the front tires communicate placement very well and make it easy to find the groove with the most grip. The Pro-4X’s tires are a big part of the truck’s proficiency, sized 265/75/16 with tall sidewalls and knobby tread. Being a smaller truck, the Frontier is also more capable around tight trails.

The Pro-4X is well-protected against off-road punctures with skid plates under the fuel tank, oil pan and transfer case. There’s an electronic rear differential for when things get dicey that locks so the rear wheels spin at the same speed; as a result, even if one is spinning in mud or is up in the air, the other tire with traction gets equal pounds-feet torque so it can keep pushing forward.

As a Daily Driver

With the Pro-4X treatment, the Nissan Frontier is a difficult truck to live with on paved roads. The ride is bouncy, and wind and road noise are always there. At highway speeds, the knobby tires howl while wind whistles past the cabin; 60 mph in a Frontier feels like 90 mph in any other mid-size truck. The Colorado and Canyon, even in off-road select trims, better isolate drivers from outside noises, though they also have less aggressive tires. The Honda Ridgeline has a carlike architecture, so it’s more like driving a family SUV than a truck — which could be a plus or a minus depending on what you want out of a truck. The Frontier also has a huge turning circle, which means a three-point turn is more like a four- or five-point.

Getting up to speed is tedious for occupants hearing the coarse, grainy-sounding engine. Accelerator responsiveness is good, however, even with a dated five-speed automatic transmission versus competitors’ six- and eight-speeds (the Frontier has an option for a six-speed manual).There’s decent engine grunt from a stop.

Cabin quality is awful, with hard plastics throughout, cheap painted silver accents and soft, orange backlighting that looks 20 years old. The navigation and touchscreen technology are also dated: The 5.5-inch screen on my iPhone 7 Plus is almost as big as the Frontier’s optional 5.8-inch navigation touchscreen; this touchscreen is standard on the Pro-4X. That pales in comparison with the Chevrolet and GMC, in which Apple CarPlay or Android Auto uses your phone’s native navigation to display maps and routes on an 8-inch touchscreen, so there’s no need to pay for an optional navigation system if you have a smartphone and an active data plan.

Cabin comfort is also lacking compared with the other trucks’ larger interiors. The Nissan Frontier is compact in size and the cabin is narrower than others, which offer legitimately mid-size interiors in crew-cab Canyons, Colorados or Tacomas; the Ridgeline is only a four-door, and roomier, too. At a slender 6 feet tall, I wasn’t comfortable in the Frontier’s backseat because of its flat cushioning and elevated knee position. My knees were touching the front seatback where I had positioned it to drive.

The Nissan Frontier crew cab with rear-wheel drive, SL trim level and V-6 engine can tow a maximum of 6,710 pounds. A Colorado with a V-6 is rated to tow 7,000 pounds in any cab or drive configuration, and 7,700 pounds with an optional diesel four-cylinder, while the Tacoma V-6 rear-wheel-drive extended cab is rated at a maximum 6,800 pounds and the Ridgeline is a maximum 5,000 pounds with all-wheel drive.

The Nissan Frontier has the lowest crashworthiness ratings of mid-size pickups tested by the Insurance Institute for Highway Safety. At the top of the 2018 list is the Honda Ridgeline, followed by the Toyota Tacoma and Chevrolet Colorado (crew cab only) with equal ratings. In federal crash tests, the Frontier lags other trucks in its front crashworthiness, though it earns similar overall ratings. Not offered is a forward collision warning system with automatic emergency braking like the Ridgeline, which is the only truck in the class to offer the feature.

Though the Nissan Frontier’s starting price is $1,500 less than a 2017 Chevrolet Colorado ($19,365 versus $20,940 with destination charges), in higher select trims there’s less pricing disparity. My test truck, a Pro-4X with optional equipment, totaled $37,000. A similar off-road package on the Colorado, the Z71 with a V-6 and four-wheel drive, starts at $36,775  for a significantly more refined and well-rounded truck, though perhaps with fewer off-road chops from the factory; a good pair of tires could help it play catchup, or there’s the ultimate off-road mid-sizer, the $41,000 ZR2.

Both the Pro-4X and Z71 give you crew cabs and short boxes, two-speed transfer case, locking rear differential, off-road shocks, hill descent control, heated front seats and a backup camera. Where the Nissan Frontier’s value comes back swinging is that it also includes a moonroof (which isn’t an option on any Colorado), dual climate control instead of single, leather interior versus cloth and a roof rack. Does that make the Frontier worth the money? Well, that depends how often you’ll be driving off-road versus on.