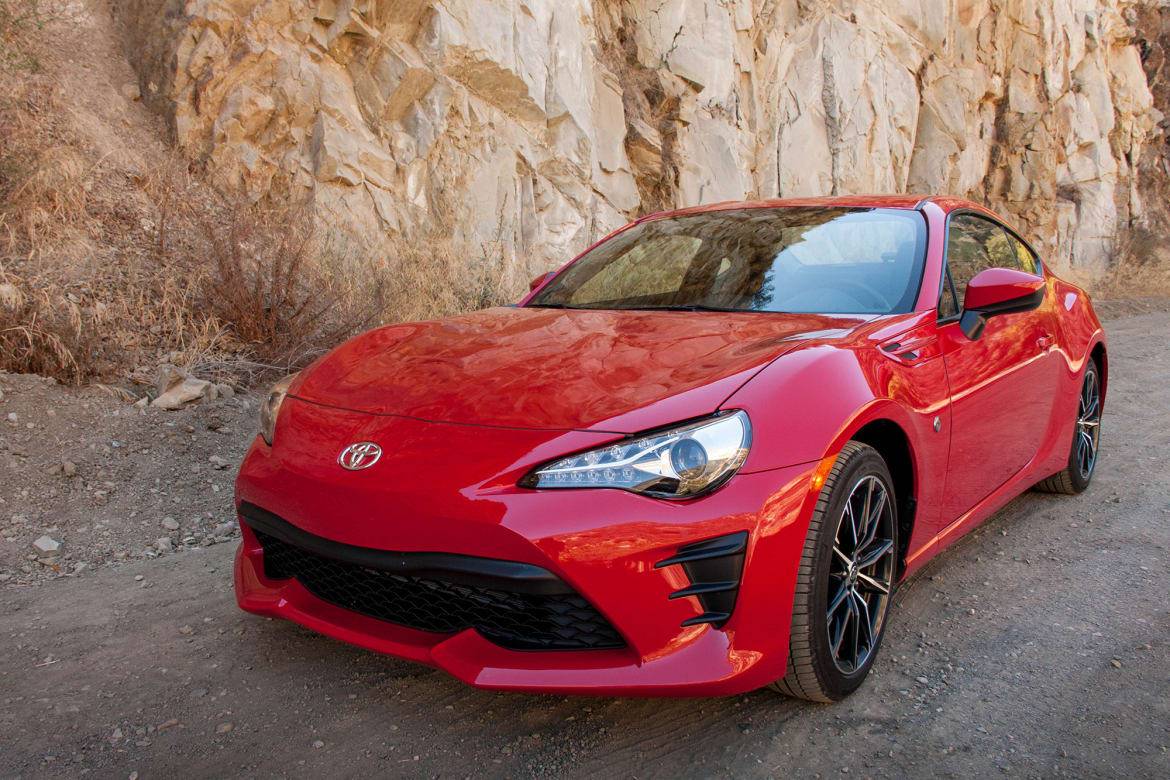 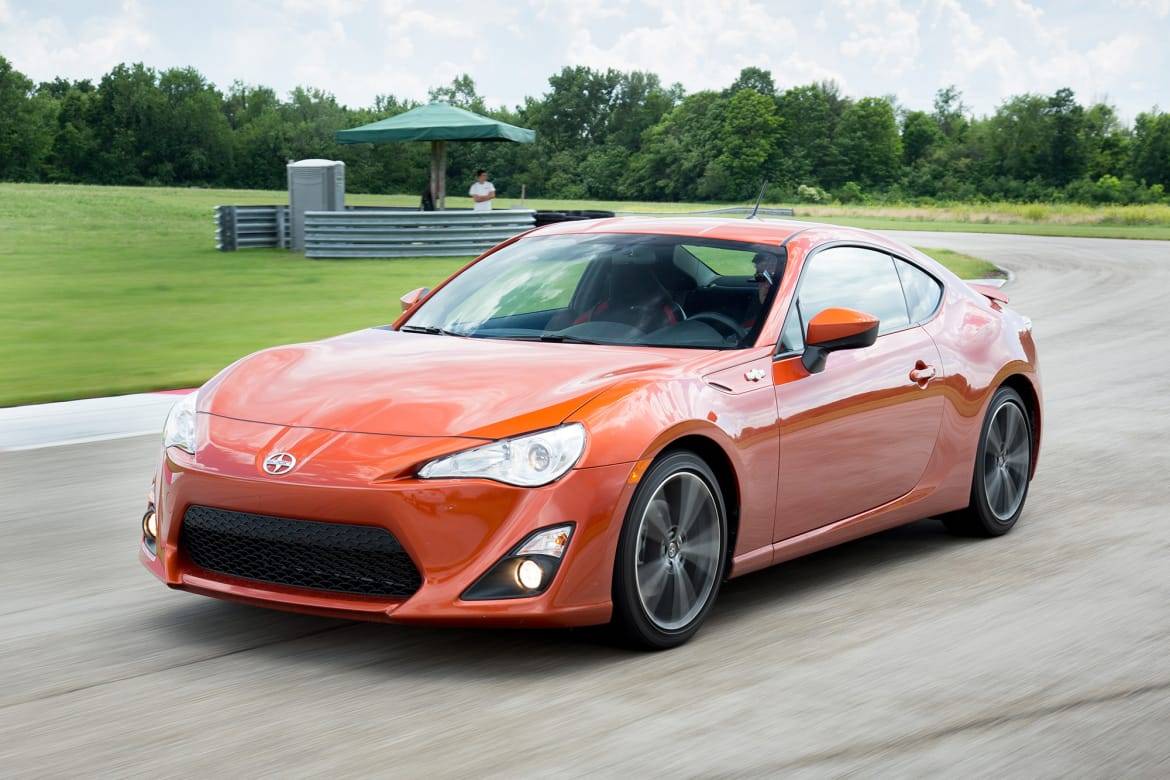 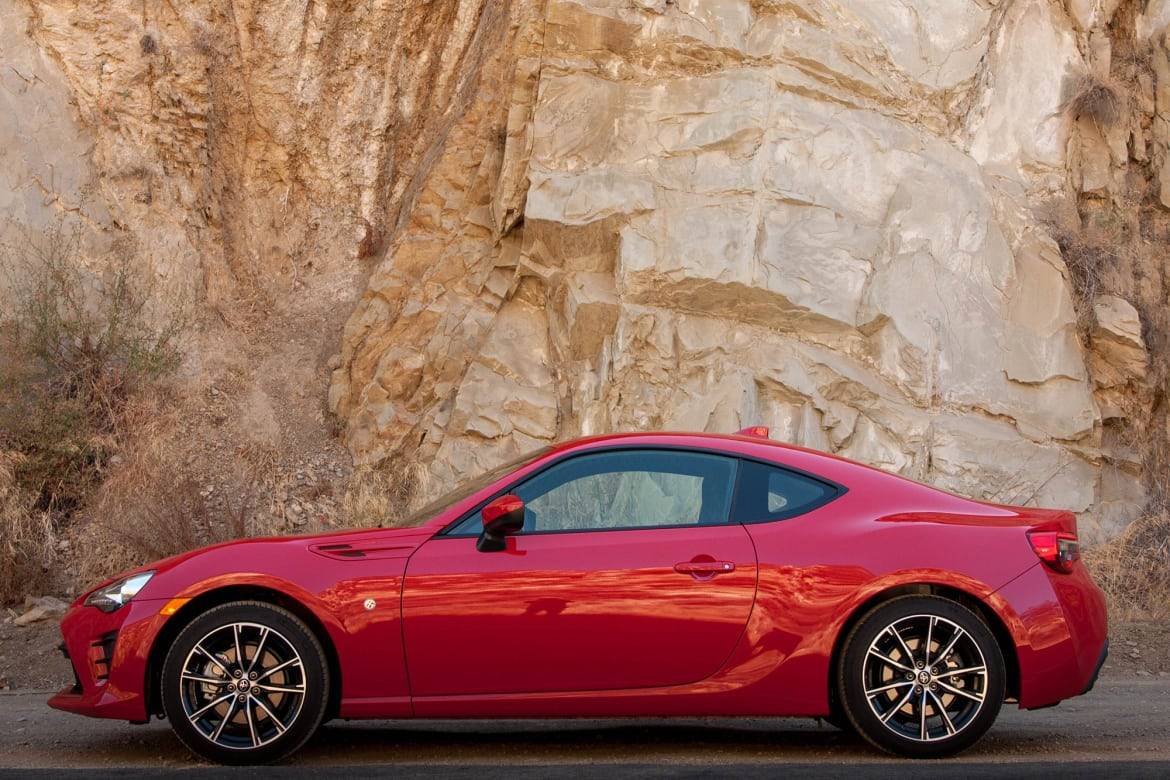 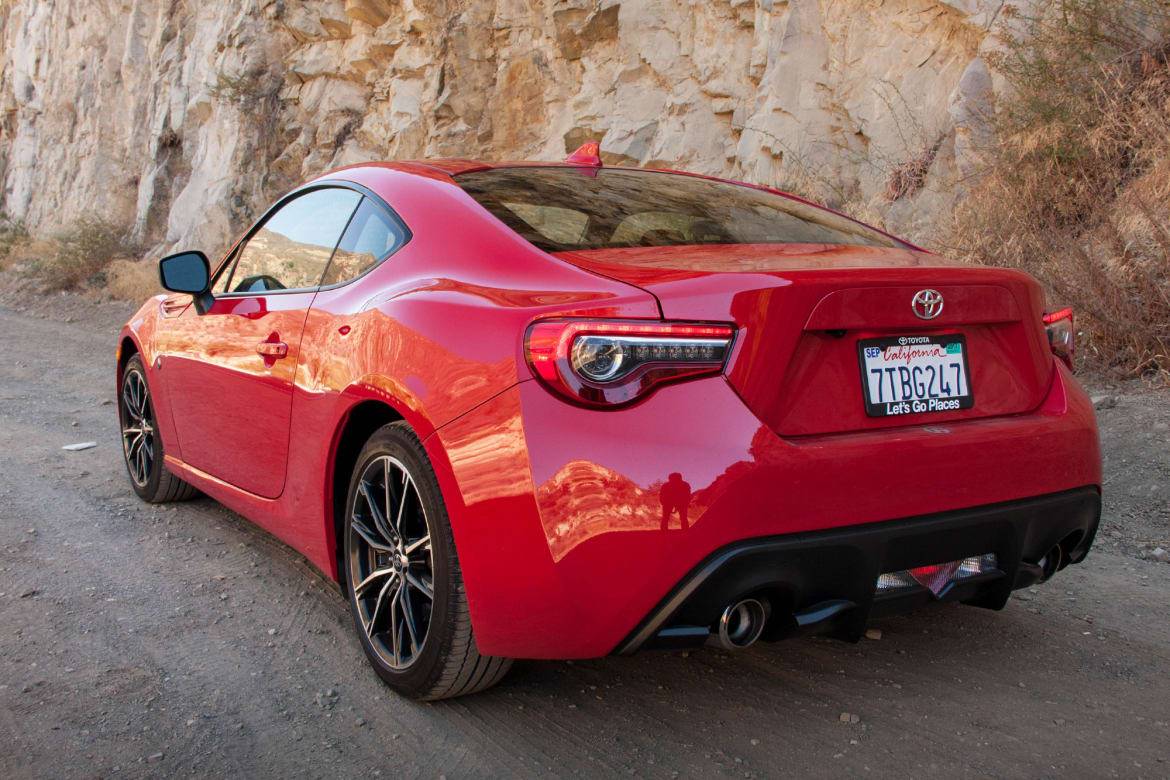 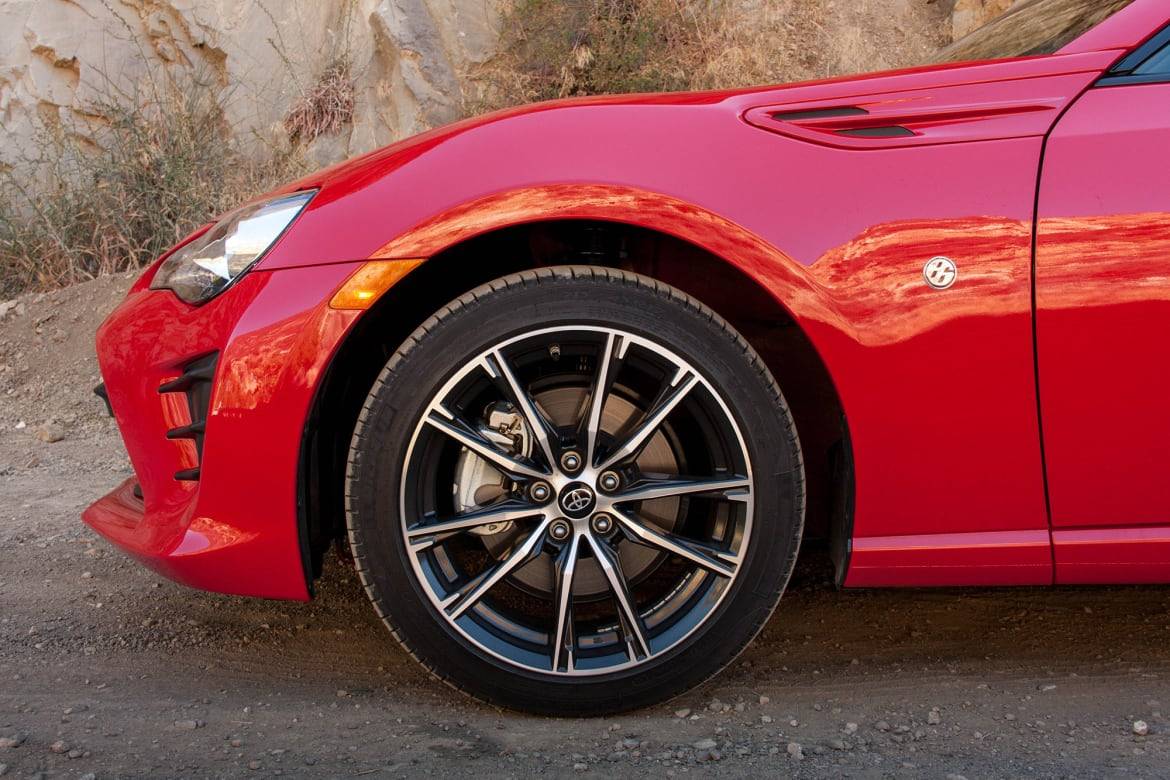 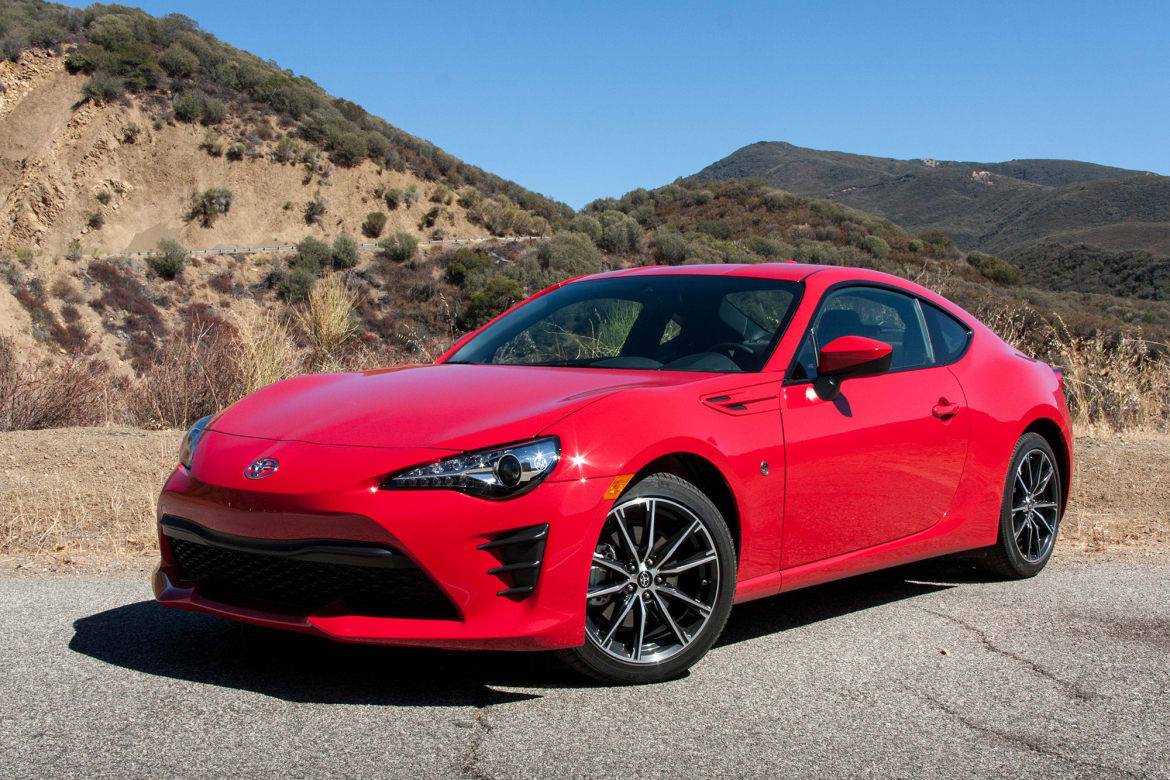 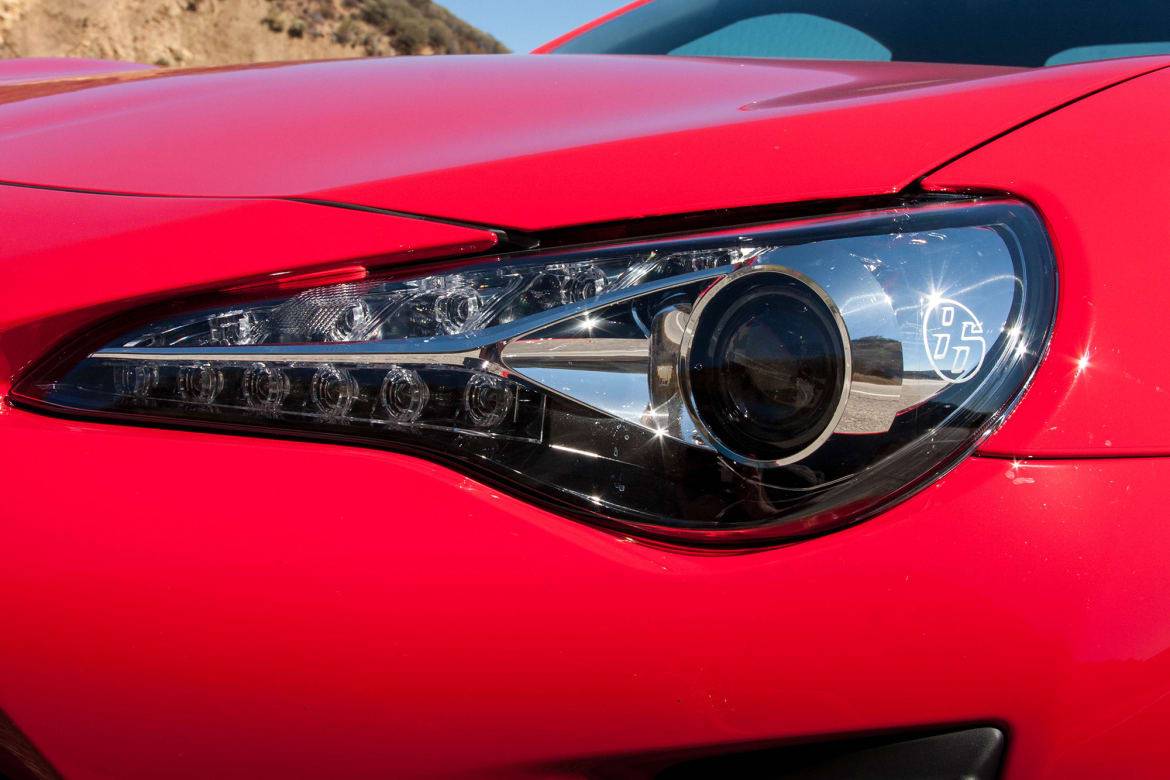 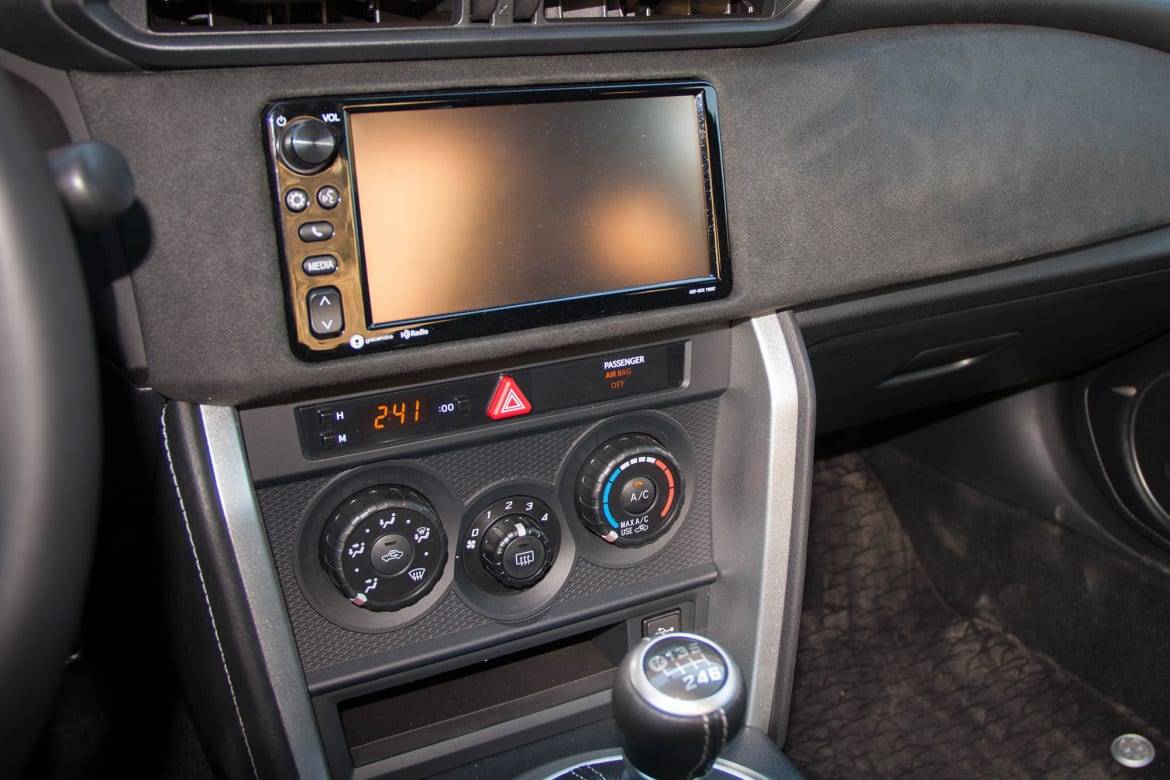 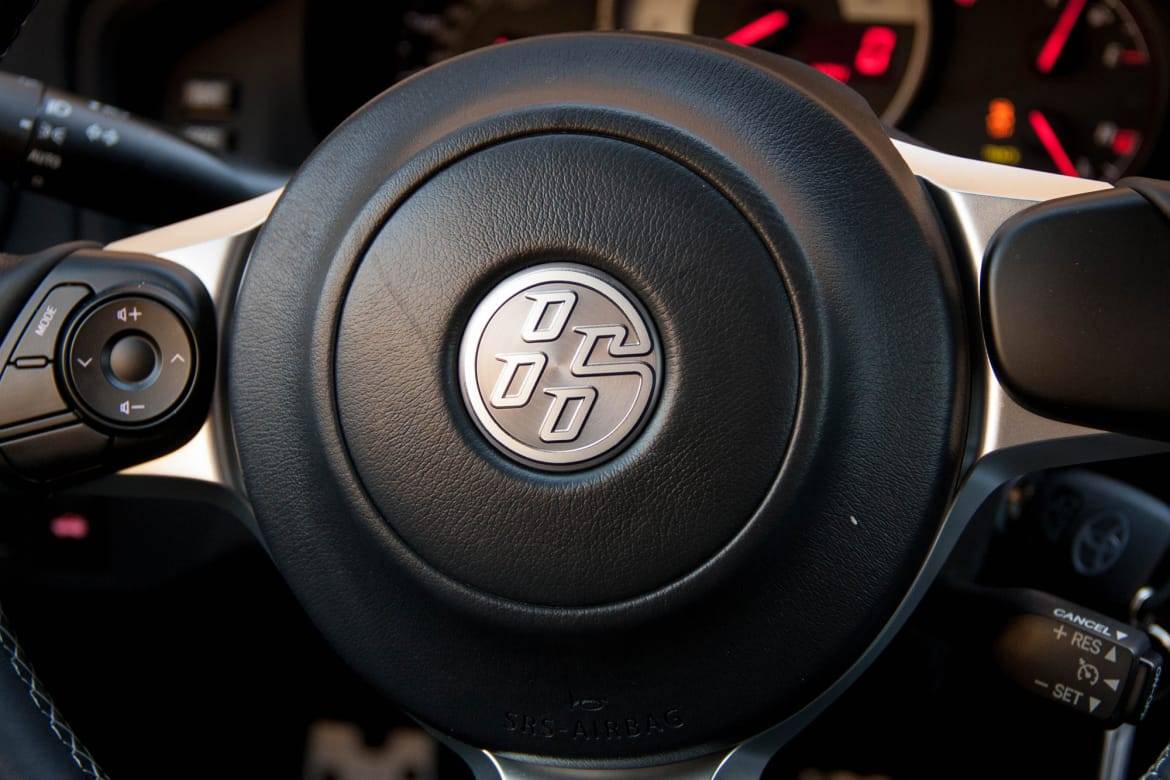 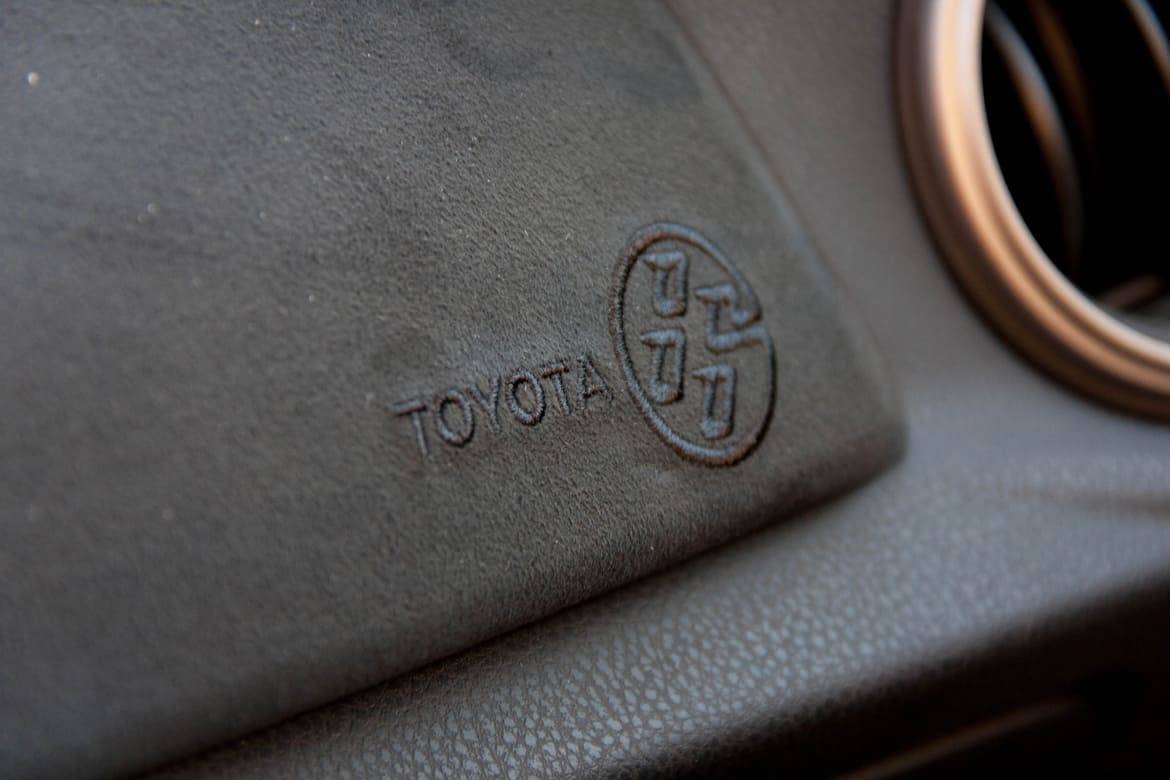 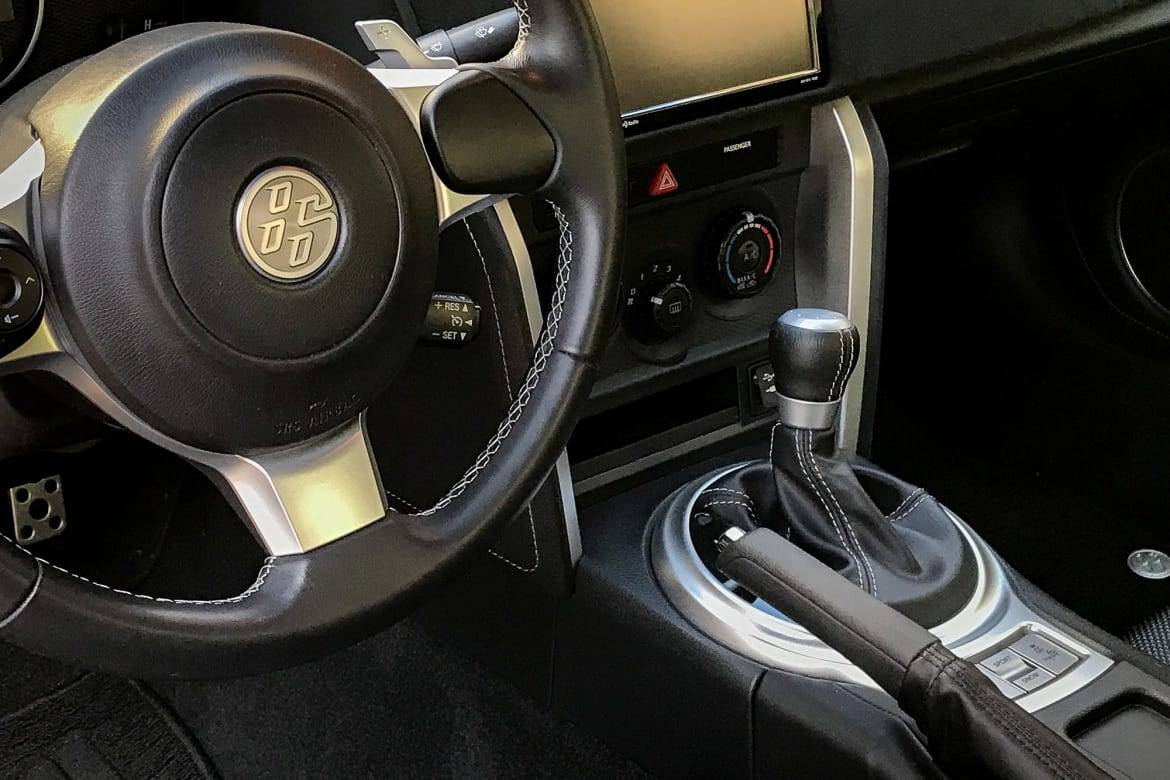 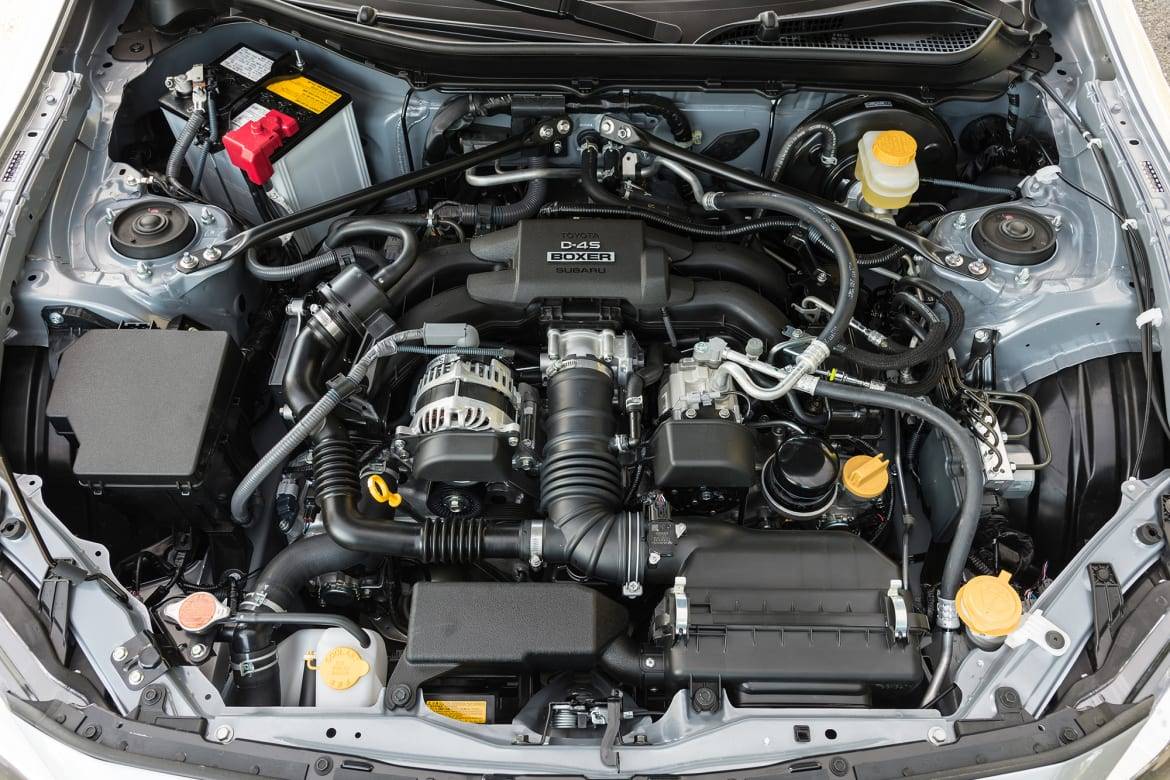 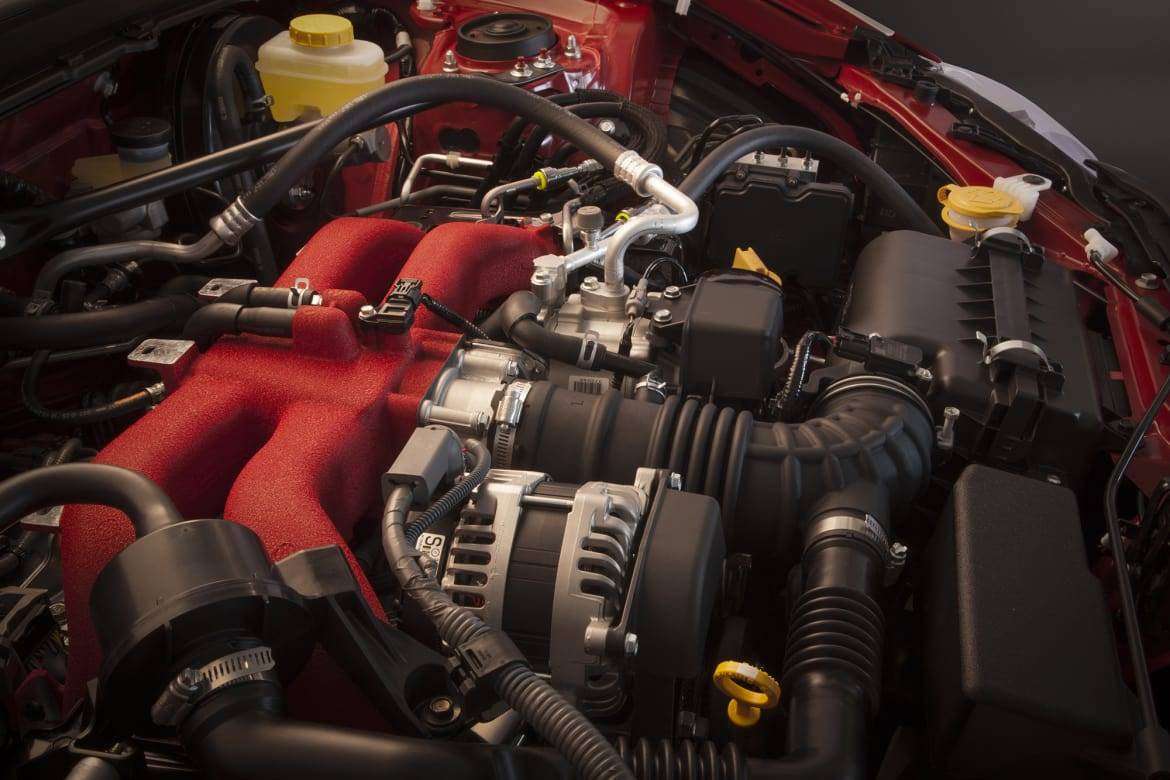 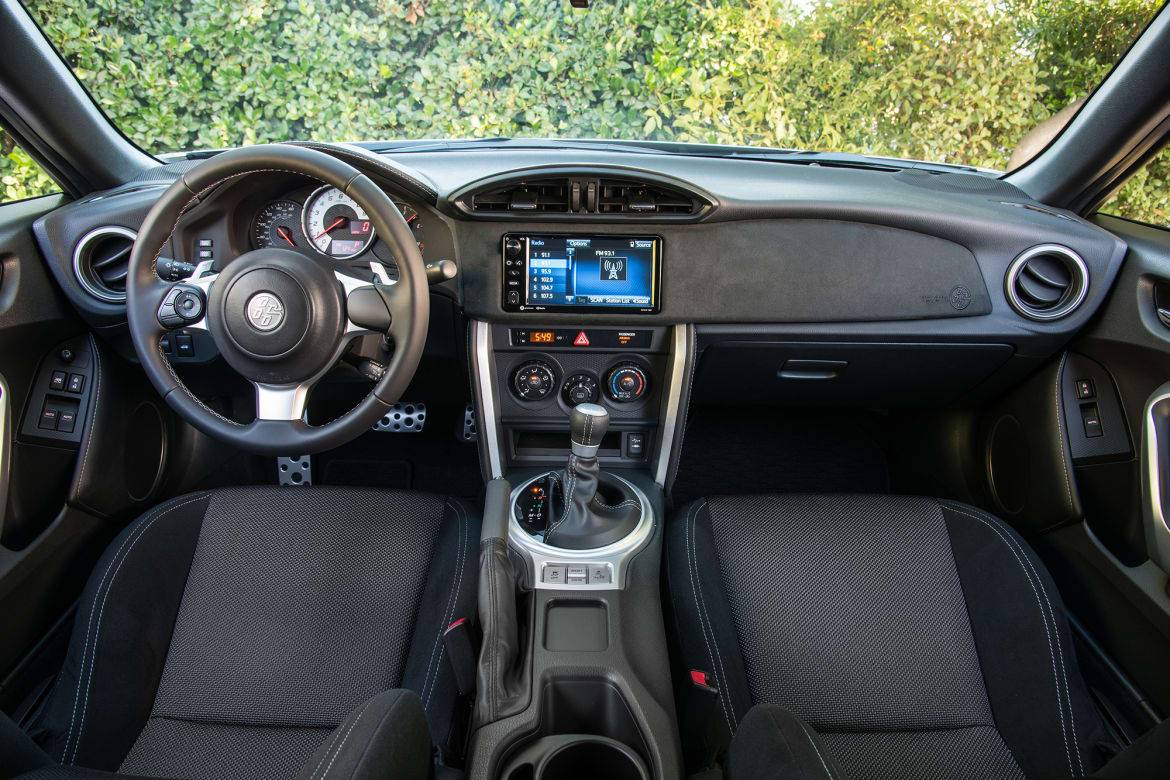 When Toyota deep-sixed its Scion division in early 2016, the automaker’s namesake brand got a few refugees. Among them is the 86, a renamed FR-S with styling and interior tweaks, plus minor hardware revisions. Compare the two cars here.

In addition to the base 86 trim is an 860 Special Edition, a limited-run car in the vein of the Scion’s Release Series; stack them up here. All versions employ a 2.0-liter four-cylinder engine that sends power to the rear wheels through a six-speed manual or six-speed automatic transmission. We drove both.

The 86 moniker recalls the enthusiast-loved Toyota Corolla GT-S “AE86,” a rear-drive sports coupe from the 1980s. The Subaru BRZ, built under a joint agreement between Subaru and Toyota, is a near twin (compare it here), but otherwise there are no other featherweight, rear-drive, four-seat coupes at this price. Change some factors, though — like greater weight and/or front-wheel drive — and suddenly plenty of alternatives exist. How strictly you draw the criteria will doubtless influence the 86’s appeal.

For having a tiny four-cylinder engine without forced induction, the 86 feels peppy enough. Though it displaces just 2.0 liters, the direct-injected engine delivers its 200 horsepower in reasonably linear fashion, with energetic accelerator response to boot; you don’t have to wait a beat for the engine to respond, nor will you have to rev it like mad to find extra oomph.

The six-speed automatic holds early gears suitably long before upshifting, and once you’re driving at higher speeds you can coax it to kick down into passing gears without too much delay. Call for serious power, though, and the drivetrain shows its ceiling fast. With only 151 pounds-feet of all-important torque, the 86 feels tapped out when tackling a mere on-ramp, let alone a racetrack or drag strip. We took our automatic-equipped test car to the latter and clocked it at a leisurely 8.5 seconds to 60 mph. Another tenth of a second and “86” could have referenced a not-so-noble attribute.

Thanks to revised engine tuning, the six-speed manual comes with an extra 5 hp and 5 pounds-feet of torque versus both the automatic and last year’s FR-S. It also gets a taller final-drive ratio (4.30 versus the manual FR-S’ 4.10). We drove the manual at a media event on Wisconsin’s venerable Road America racetrack, and it’s clearly a better setup for the 2.0-liter four.

The engine has a smooth, workable power band you can explore with the 86’s manual transmission, a short-throw gem with precise gates, close ratios and a light clutch. It’s entertaining enough to forgive the lack of power, but lead-foots will still be disappointed. Three years ago we clocked a manual FR-S at 7.7 seconds to 60 mph, a time eclipsed by five out of seven sport-compact competitors. Similar money could still buy any of them, or even base versions of Detroit muscle cars like the Ford Mustang or Chevrolet Camaro — a far quicker group. You get the idea.

Even with some upgrades versus the FR-S, the 86’s four-seat cabin remains spartan. Materials are padded where it counts, but many areas feel rudimentary. Both sides of the footwells are padded where you brace your knees, but the inboard ones have cheap vinyl construction. The manual climate controls are crude implements from the worst of Toyota’s parts bin. There’s no sunglasses holder or vanity-mirror lights. Steering-wheel audio controls, a backup camera and a 7-inch touchscreen stereo with HD radio and Bluetooth are standard, but the stereo lacks a tuning knob, Apple CarPlay and Android Auto.

As the small exterior suggests, the front seats aren’t for larger adults. The two-position backseat isn’t for any adults, a limitation I predict zero shoppers will care about. If you want more premium features, the 860 Special Edition adds heated leather seats, dual-zone automatic climate control and keyless access with push-button start, plus some cosmetic exterior changes and aerodynamics-enhancing underbody panels.

Safety-conscious shoppers should note the 86’s crash-test ratings from the Insurance Institute for Highway Safety. The car earned scores of good (out of good, acceptable, marginal or poor) in all but the small overlap front test, where it scored acceptable. IIHS has not subjected the 86 to its new headlight evaluation, and the car lacks forward-collision warning with automatic emergency braking — a feature often absent from affordable sports cars, but an important crash-prevention technology nonetheless.

The 86 starts around $27,000, while the 860 Special Edition runs another $2,900. An automatic transmission adds $720 to either car. As was the case with the FR-S, both offer minimal factory options but myriad accessories — from a navigation system to larger wheels, performance exhaust and more.

Handling enthusiasts will find the pricing palatable, as no direct competitor really exists outside the related BRZ. (The Mazda MX-5 Miata is probably the closest, but even that’s a convertible with two fewer seats.) I suspect many shoppers will find Toyota’s asking price too rich for their blood, especially with the extra sting of required premium gas.

The automaker’s upgrades for 2017 are more than a name change, and the dynamics that won the original FR-S Cars.com’s top accolade are as impressive today as they were four years ago. But other sports cars have improved. If handling trumps all else, the 86 is a strong choice. If it isn’t, Toyota’s player is a one-trick pony among sports cars at large.