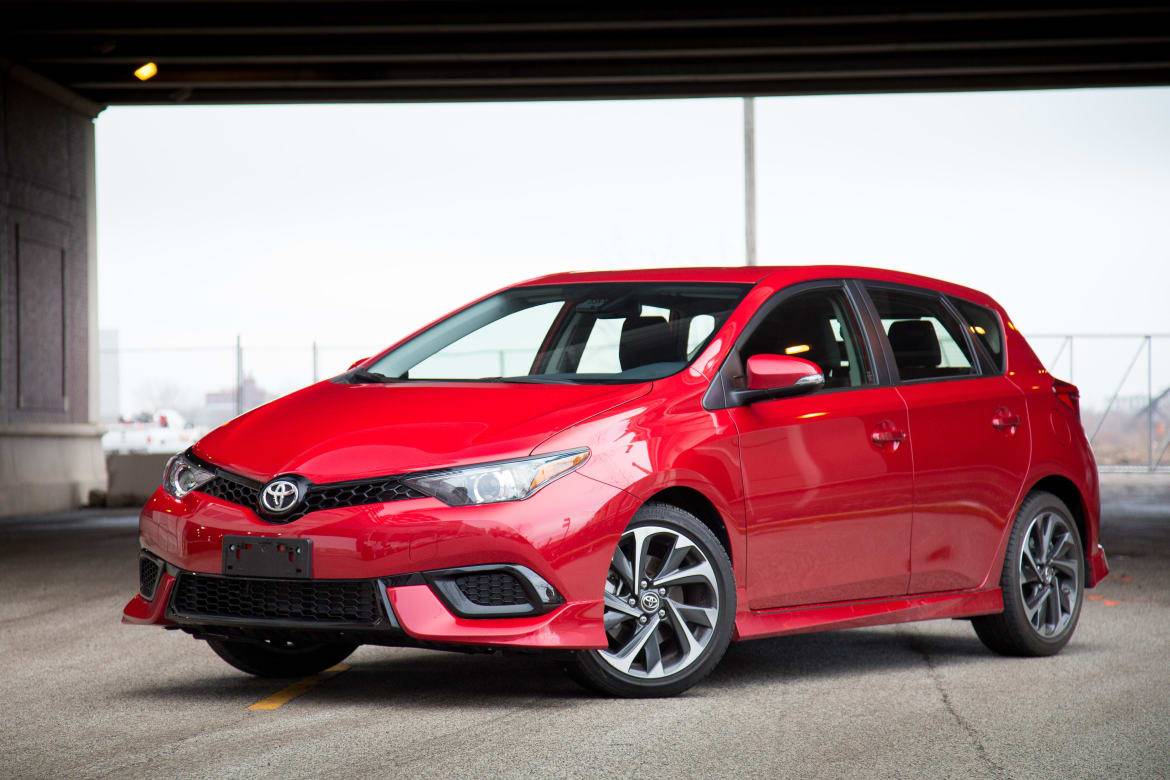 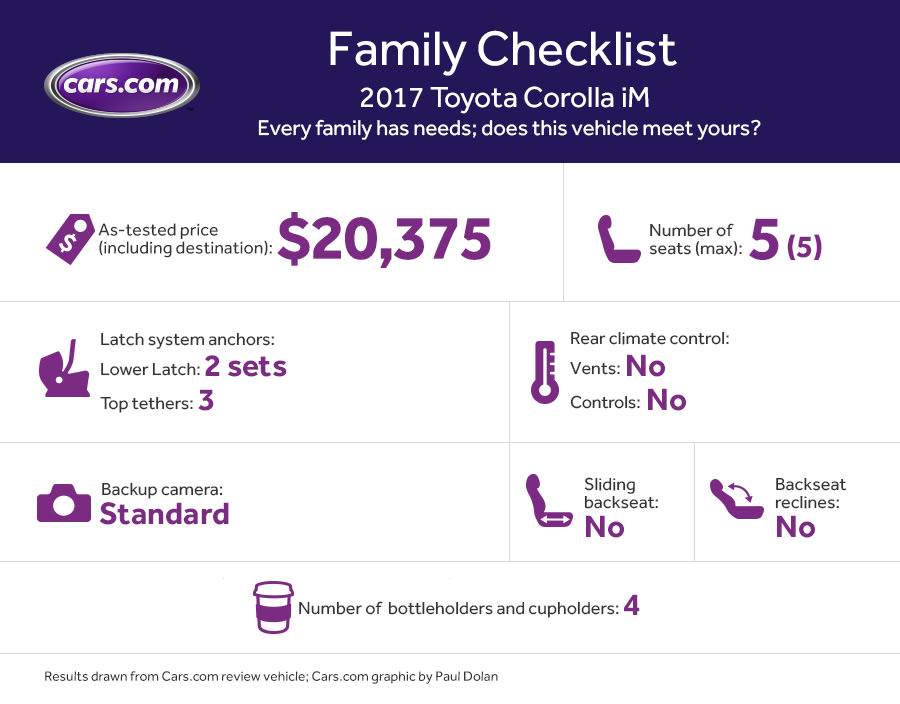 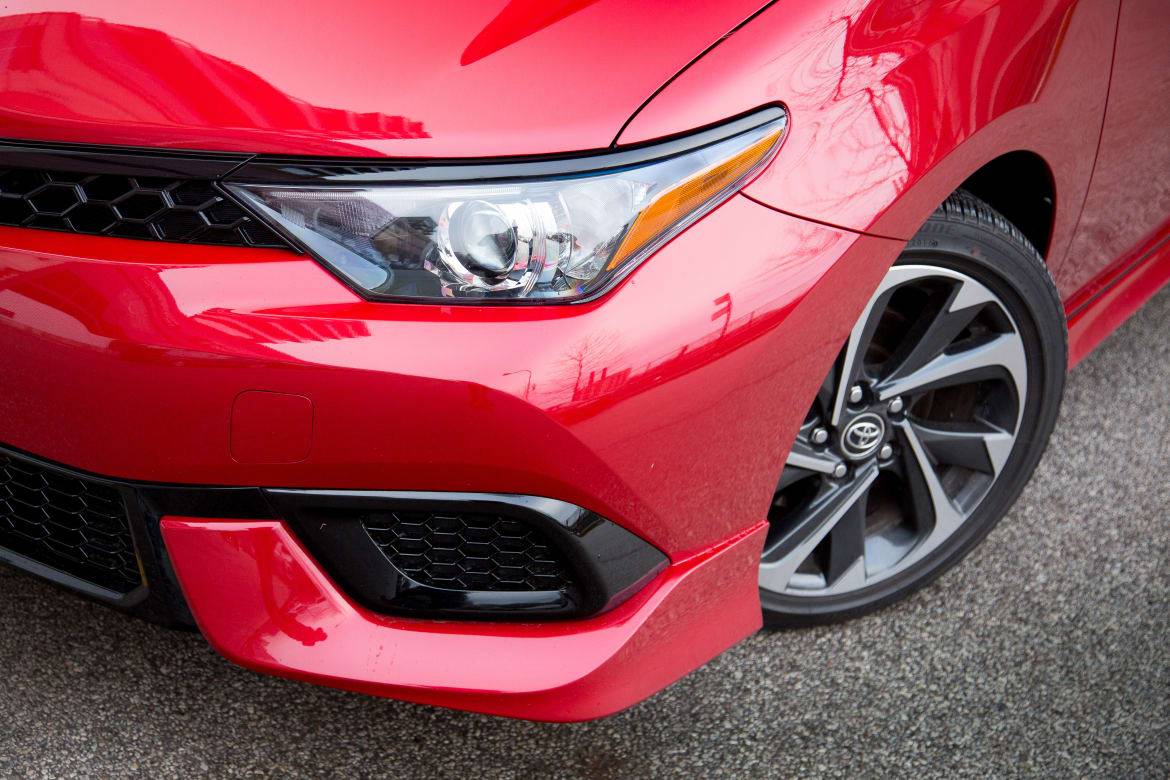 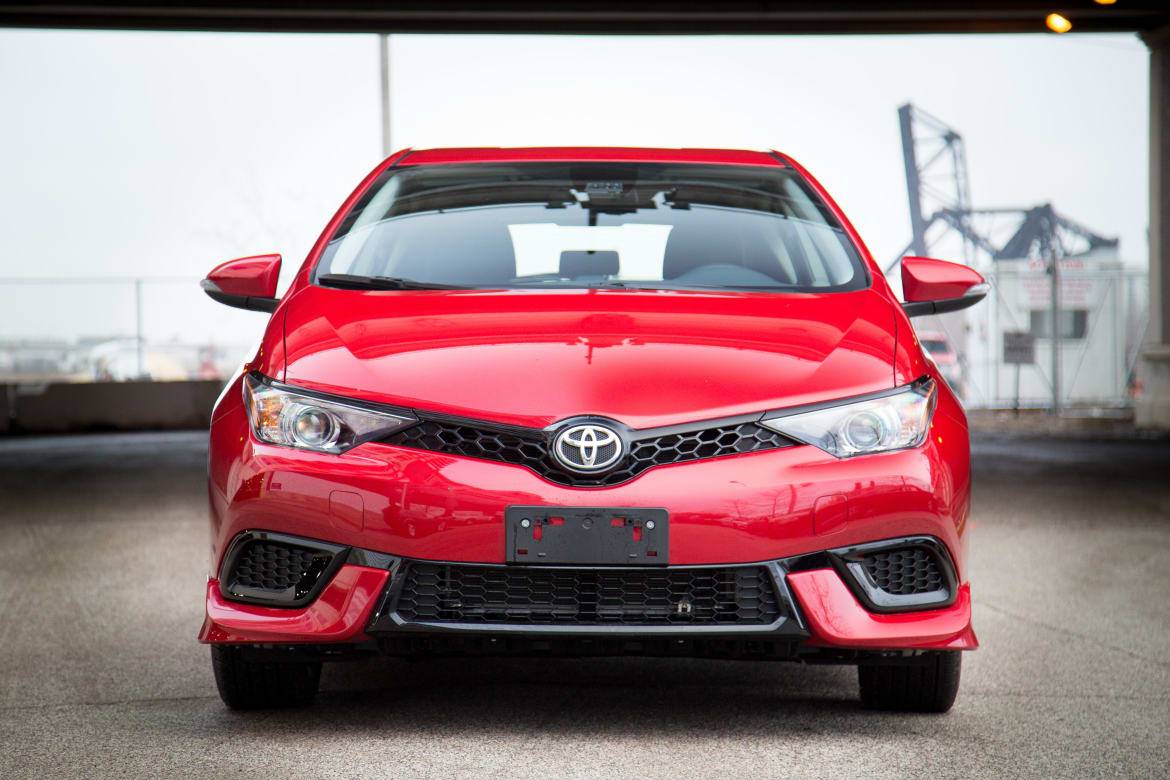 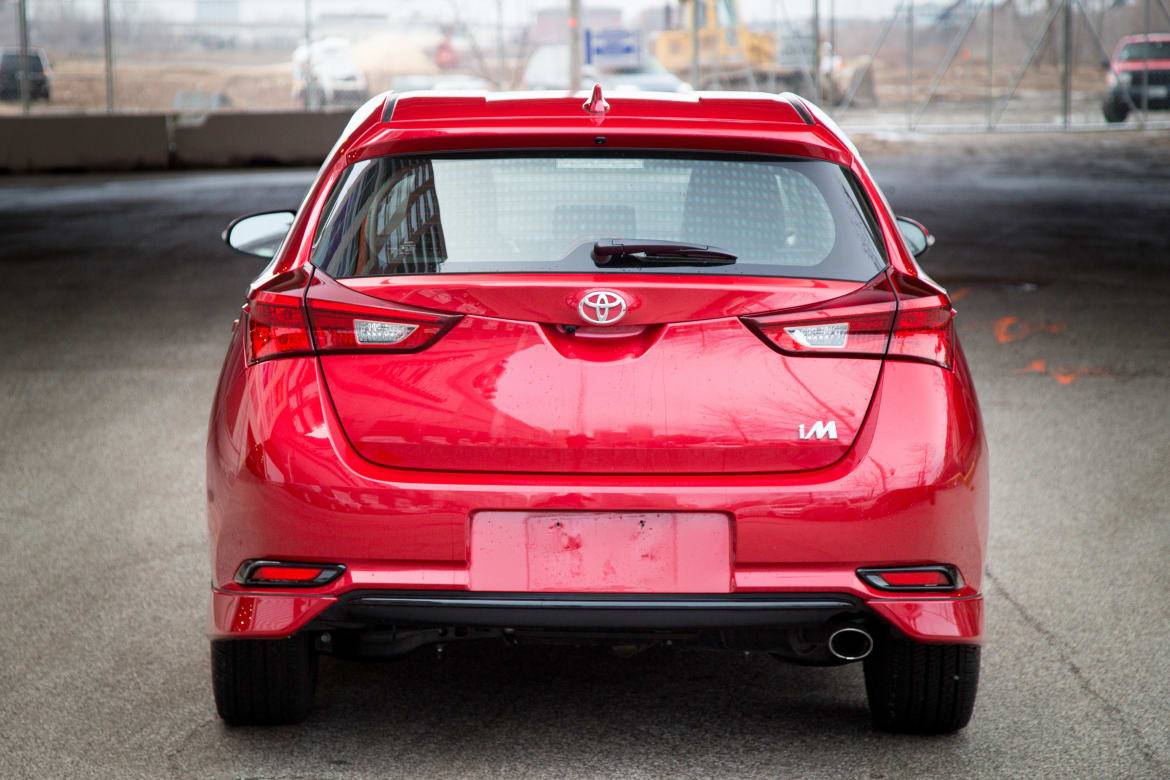 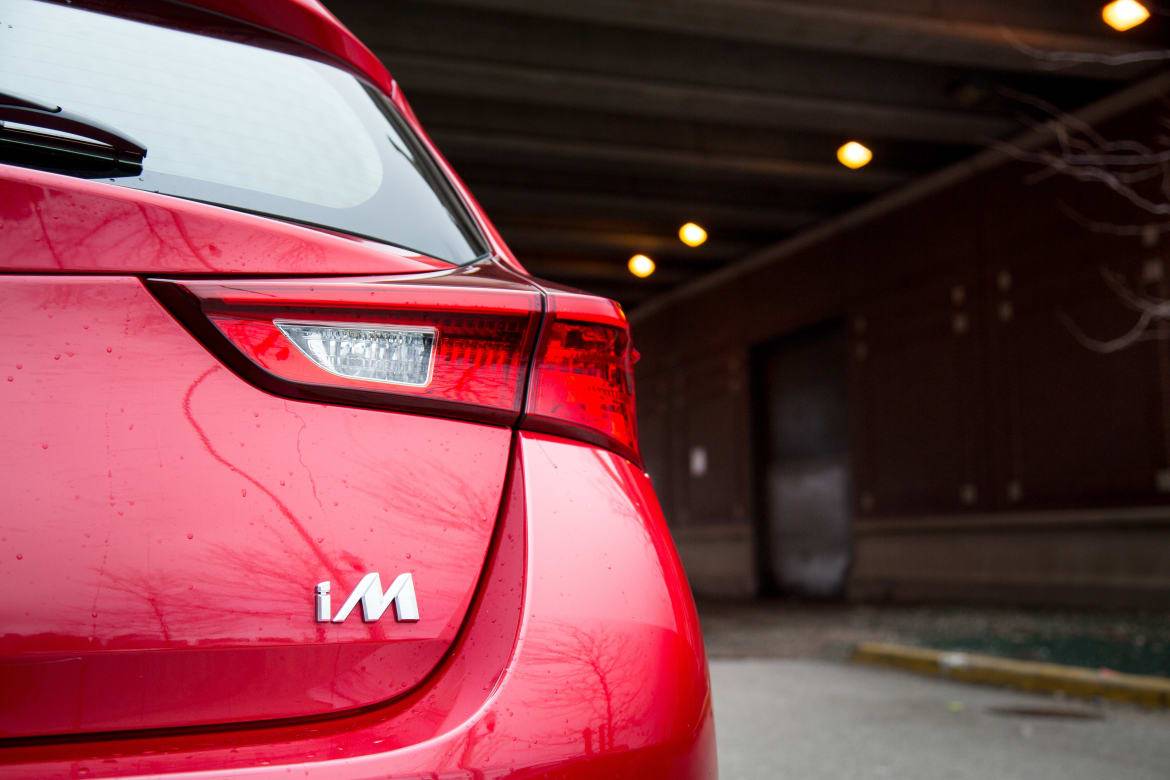 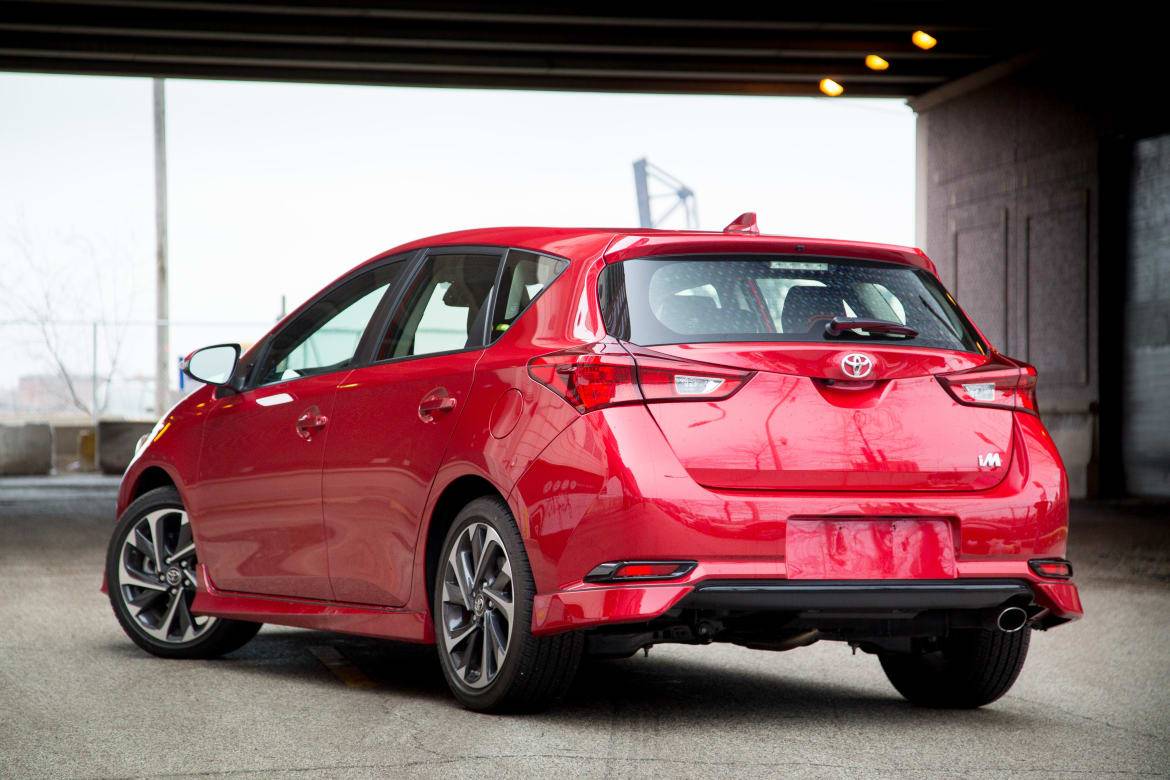 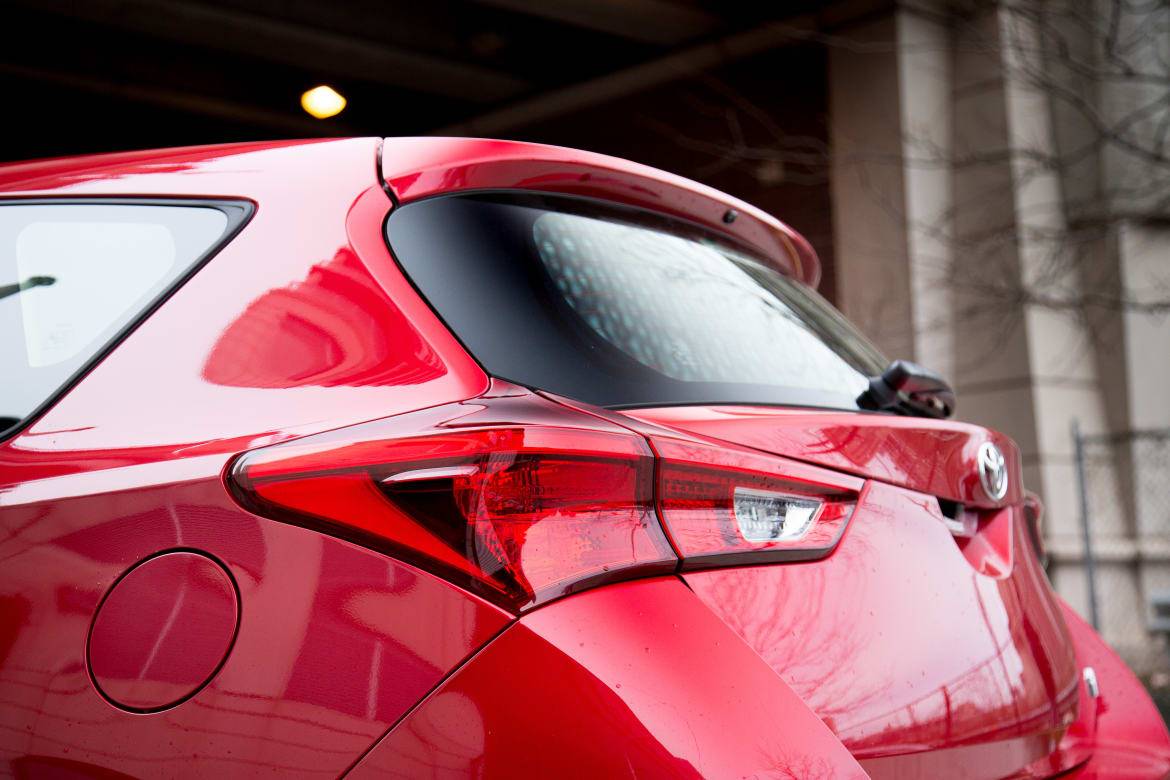 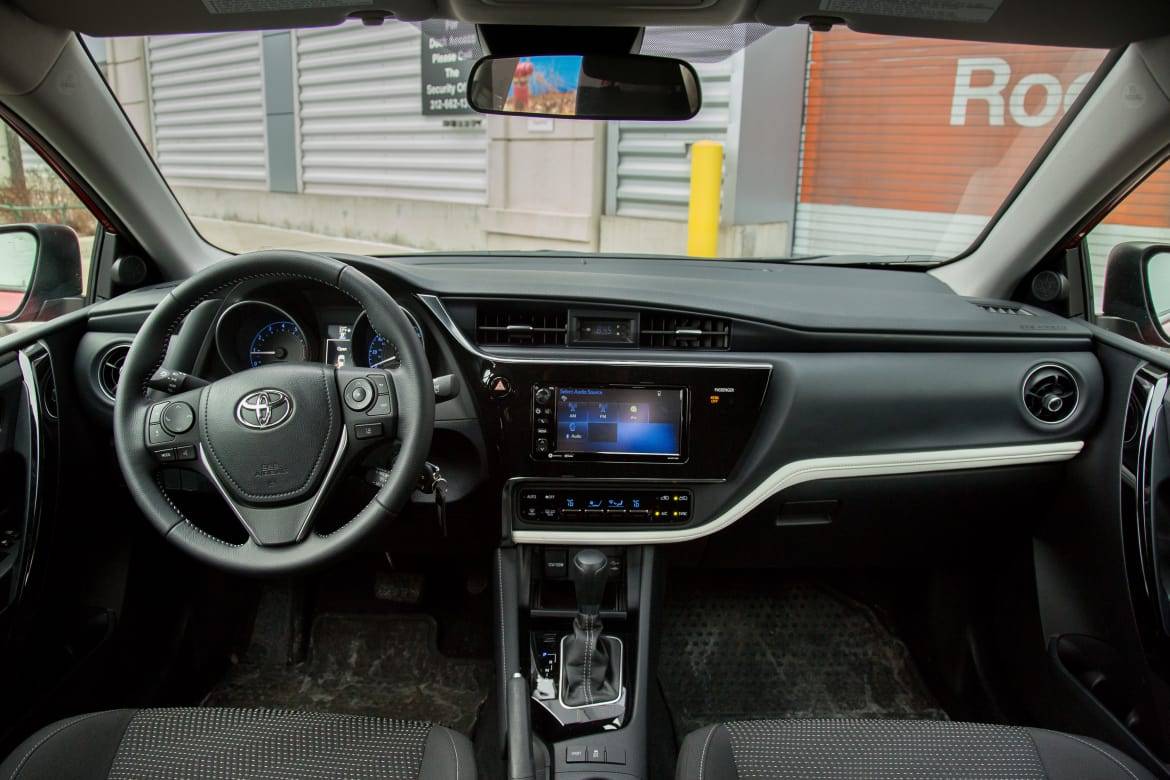 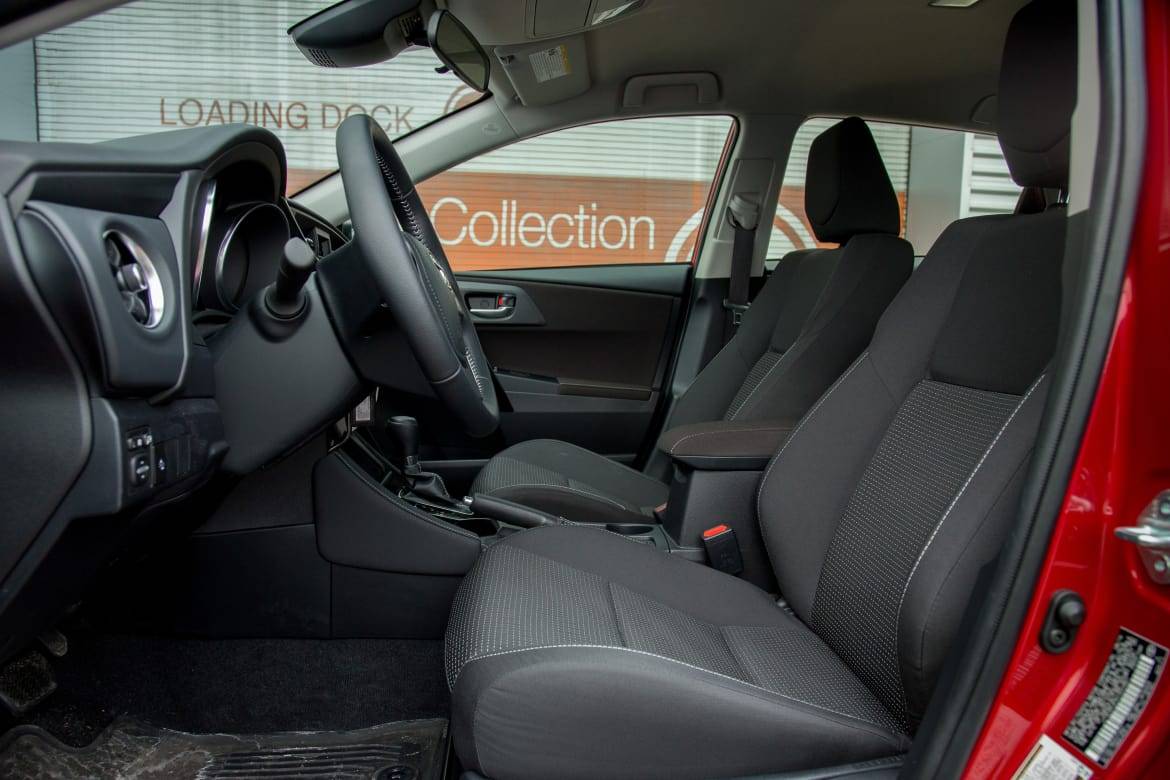 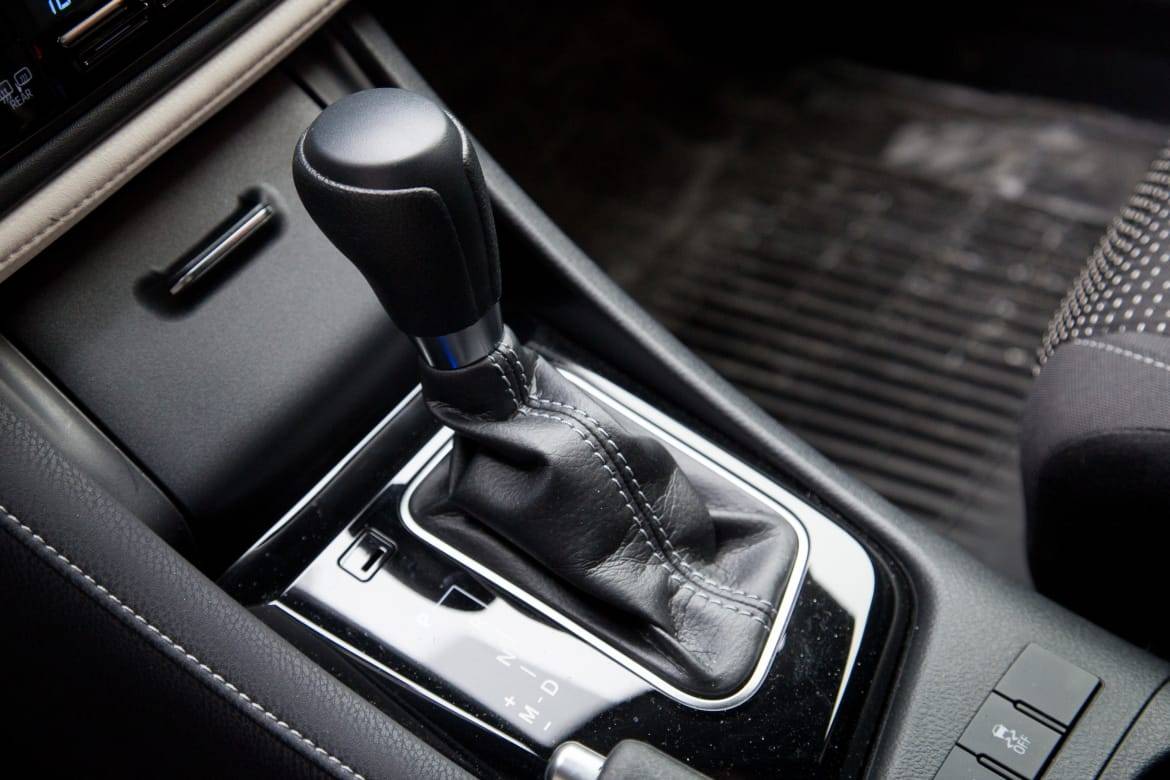 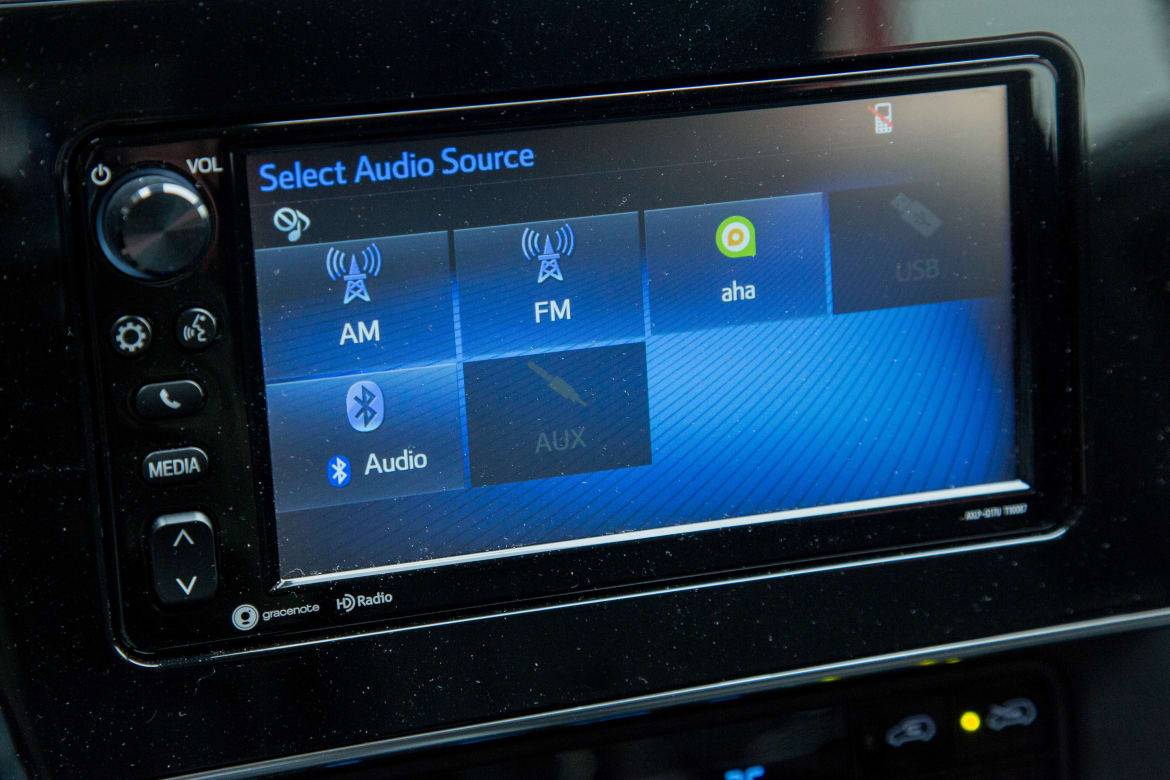 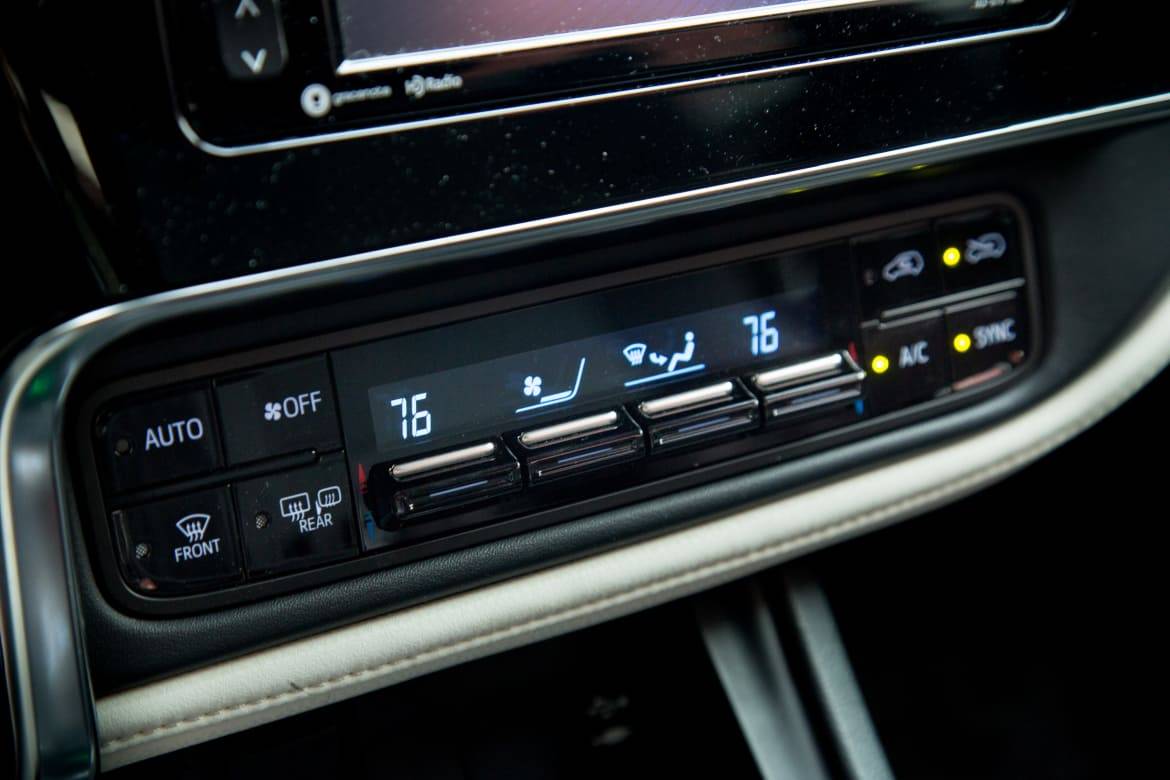 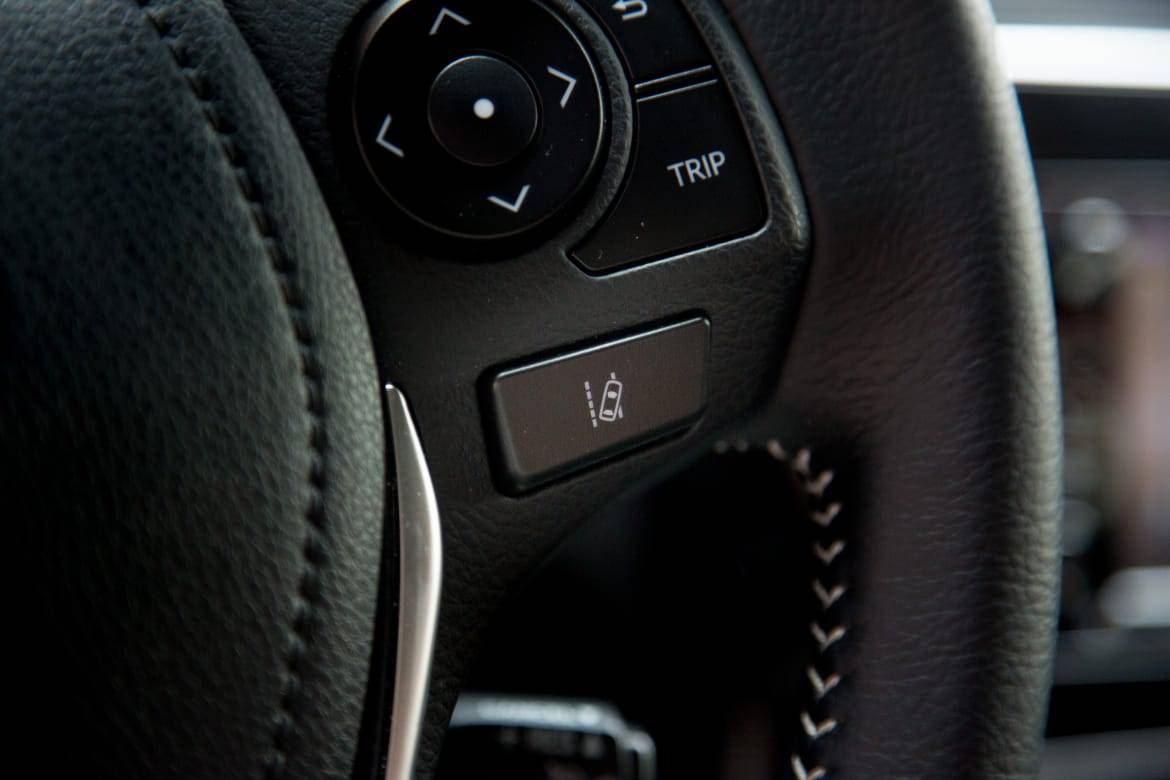 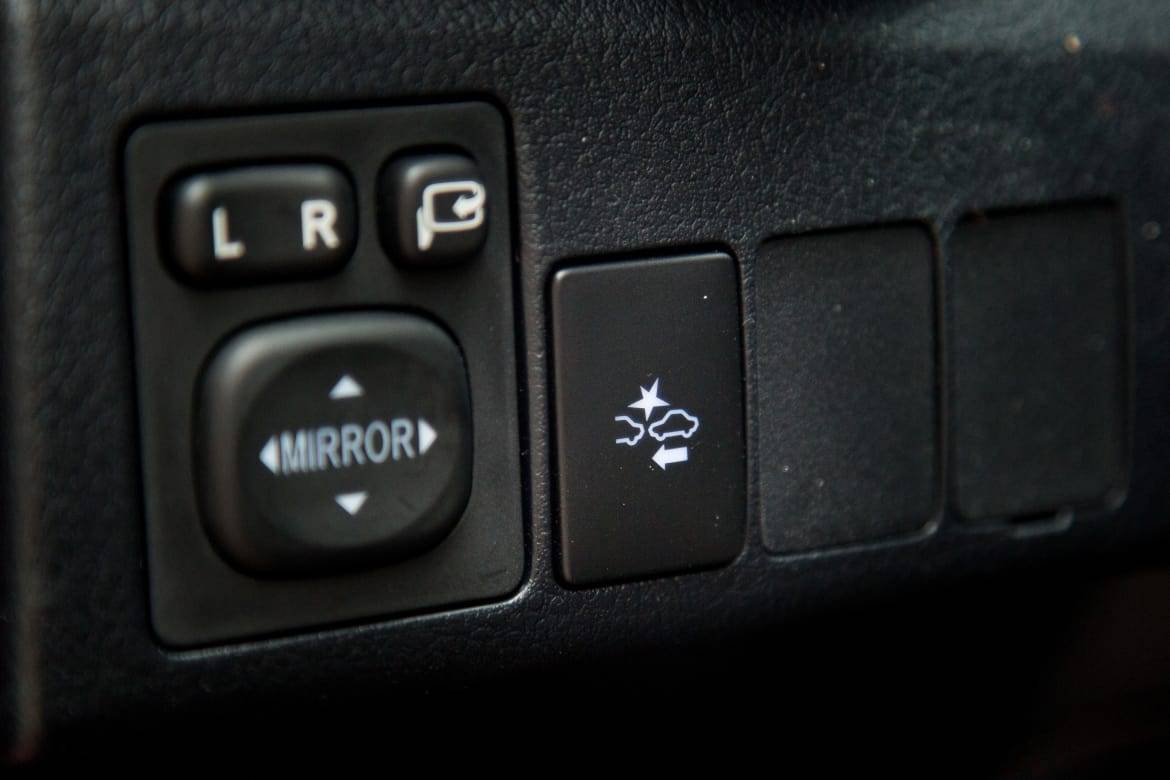 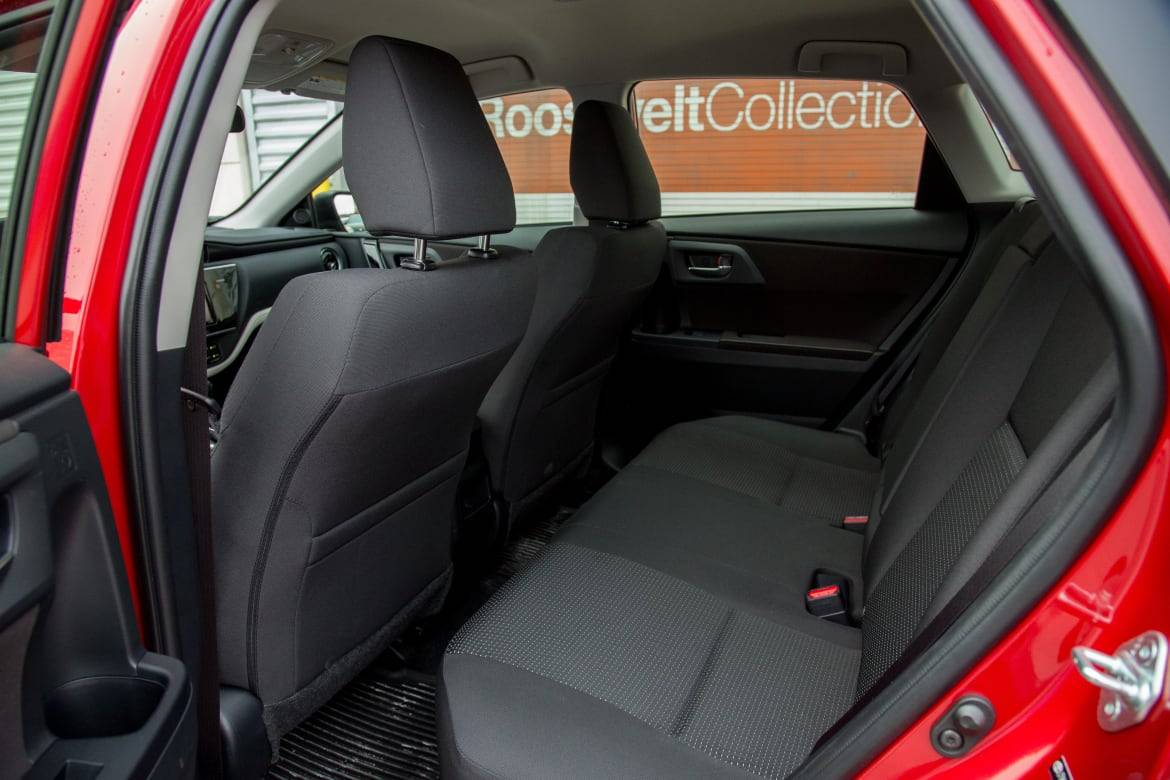 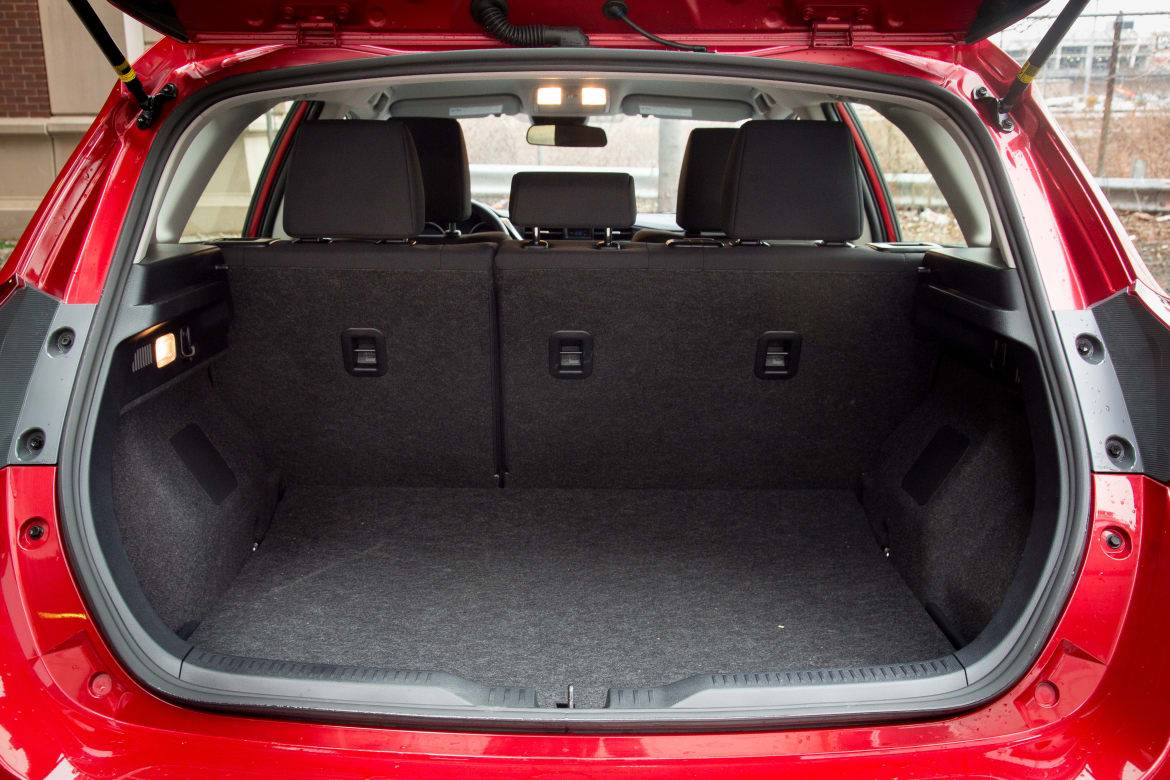 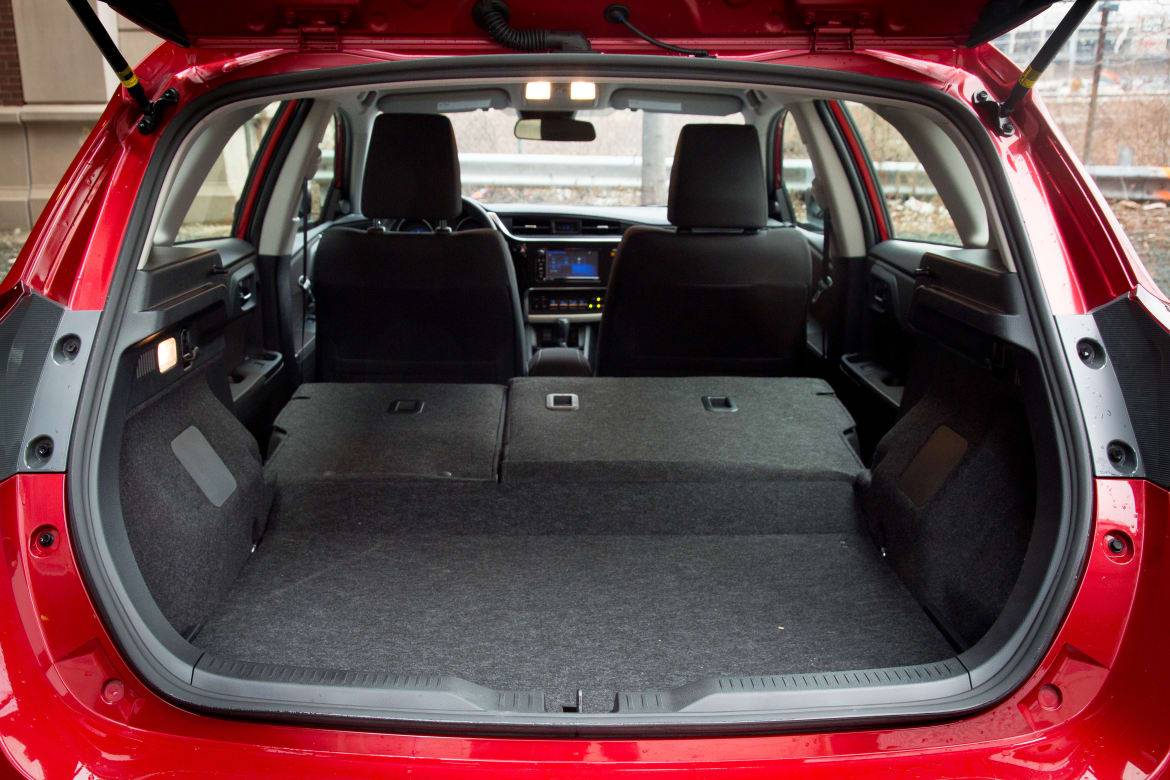 Not to be confused with the Toyota Corolla sedan — the one you probably know — the 2017 Toyota Corolla iM is a four-door hatchback formerly called the Scion iM. Parent company Toyota dissolved Scion in 2016 but adopted the iM into the Toyota house. More than just the badge is new: For 2017, the iM adds important safety features not offered when it was a Scion.

Otherwise, little else has changed. The only options are a dealer-installed navigation system and an automatic transmission to replace the standard manual transmission. Those who want heated seats, satellite radio or a moonroof are out of luck — none are offered, which keeps the price low.

I tested an iM with the automatic transmission priced at $20,375, including an $885 destination charge.

The iM is an attractive hatchback. Its sleek profile and sharp edges create an athletic appearance. There’s a minimal gap between the wheels and fenders, and the standard 17-inch wheels are an attractive set of rollers with dark gray spokes and low-profile tires. Toyota did an admirable job pumping up the sedate overseas version (called the Toyota Auris) with more aggressive styling for the U.S.

Unfortunately, the iM’s hot-hatch athleticism is only skin deep. The Toyota Corolla iM is the automotive equivalent of smoking cigarettes while wearing skintight activewear. The iM looks sporty enough, but try to get the lead out and the iM coughs and wheezes up to speed. Its noisy 137-horsepower, 1.8-liter four-cylinder engine isn’t nearly as refined as the offerings in the pricier Chevrolet Cruze, Honda Civic or Mazda3 hatchbacks. Compare the iM with those here.

The iM isn’t underpowered, but the gravelly sounding engine is ill-matched with the responsive continuously variable automatic transmission. The CVT is quick to accelerate, but the buzz saw under the hood exaggerates every CVT adjustment into a noticeable and loud groan. In the handling department, the iM drives more like a casual commuter than a hot hatchback — atypical in a class that promotes driving fun, as in the tight-handling Cruze, Civic and Mazda3.

The iM’s front seats were cushioned and contoured to fit my slender, 6-foot-tall body well, and they were comfortable over a five-hour trip of mostly highway driving. Sitting in the rear seat, however, is a little less luxurious. It’s tight for the class; hatchbacks like the Cruze and Civic offer more spacious rear seats.

Quality materials are a high point of the iM’s interior; they’re a tad higher-quality than the Corolla sedan. Climate controls include piano black buttons and toggle switches surrounded by contrast accent stitching and minimalistic dark silver trim. My automatic transmission test car had a stitched gear selector boot, and the center console is padded to let a leg gently rest against it during long highway drives. What stands out as exceptional is the leather-covered steering wheel and details in the instrument panel that were more interesting than those in a top trim 2017 Toyota Corolla XLE I recently tested.

The iM’s standard features aren’t going to blow you away, but what’s offered is impressive considering the car is priced at the bottom end of its class. Dual automatic climate control, keyless entry, cruise control and the leather-trimmed steering wheel are all standard, as is a standard forward collision warning system (discussed in detail below).

What’s missing are options like heated seats, a moonroof, leather upholstery and remote start. Those, of course, add cost to competitors, but they aren’t even optional on the iM. I tested the Corolla iM in the middle of a Chicago winter, when heated seats are a must-have. Right afterward, I drove a Cruze hatchback with optional heated seats, heated steering wheel and remote start. They made the Cruze a much more pleasant car to drive in the cold, but then, it was nearly 30 percent more expensive at $26,475.

A standard 7-inch touchscreen includes Bluetooth for phone and music streaming, plus a USB port. It lacks satellite radio and heavy-hitting features like Apple CarPlay and Android Auto, which mirror smartphone functions like navigation and streaming music applications to the car’s multimedia display. The Chevrolet Cruze and Honda Civic have more feature-packed multimedia systems: The Cruze hatchback has standard CarPlay and Android Auto, as well as subscription-based 4G LTE in-car wireless internet. The Civic includes CarPlay and Android Auto on EX and above trims. Thankfully, the iM’s main display has a volume dial that makes it easier to use than the Civic’s touch-sensitive-only controls.

The 20.8 cubic feet of cargo space behind the iM’s backseat is less than the Civic hatchback’s 25.7 cubic feet and the Cruze hatchback’s 22.7 cubic feet, but only slightly more than the 20.2 cubic feet in the Mazda3. A difference of 4 to 5 cubic feet is hard to notice in these hatchbacks, and I easily fit luggage for three people into an iM for a trip from Chicago to Detroit, then into a Cruze for the return trip.

In Insurance Institute for Highway Safety testing, the 2017 Toyota Corolla iM received the highest rating in side impact and moderate overlap front crash tests. It hasn’t been subjected to the institute’s other tests, though, including the more-difficult small overlap frontal crash.

The iM’s most impressive feature is its standard forward collision warning system with automatic emergency braking. Called Toyota Safety Sense, the TSS-C package includes a camera and laser to monitor the speed of the vehicle ahead and will alert the driver when a collision is imminent and automatically brake if the driver doesn’t intervene. This packaging of safety features also includes lane departure warning and automatic high beam assist. A backup camera is also standard.

To see how well a child-safety seat fits in the iM, see the Car Seat Check here.

Other hatchbacks with similar forward collision warning systems and automatic transmissions can’t be had as affordably as the iM’s $20,375. The iM also includes Toyota’s two years/24,000 miles of complimentary maintenance, though it’s not alone in that; the Cruze offers two years/25,000 miles.

With the exception of the safety systems, the iM feels about five years outdated. It doesn’t move the needle in any particular way and lacks the type of wow features found in competitors — which are also more fun to drive, though more expensive. On balance, the inclusion of the iM’s safety features at this price is a big, safe, practical reason to give the iM a look.