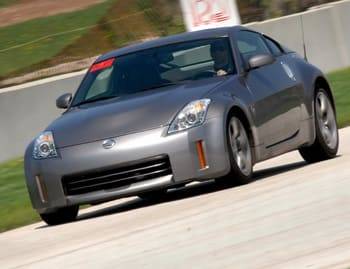 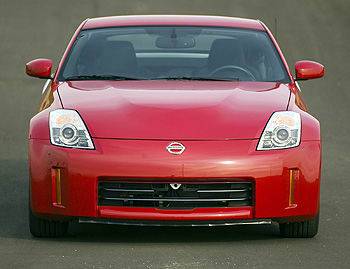 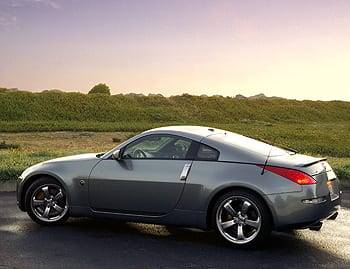 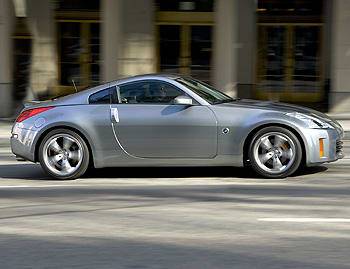 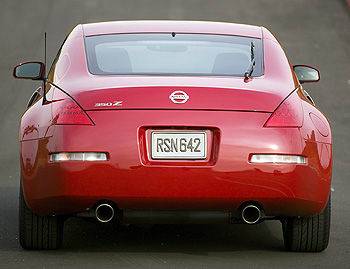 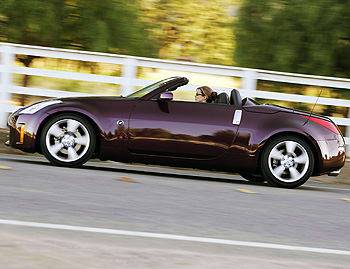 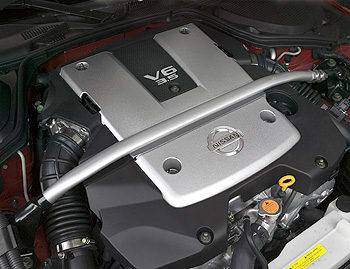 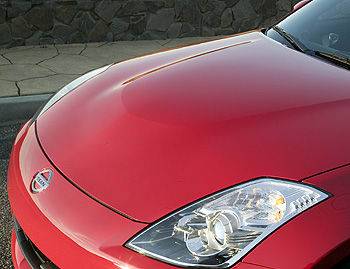 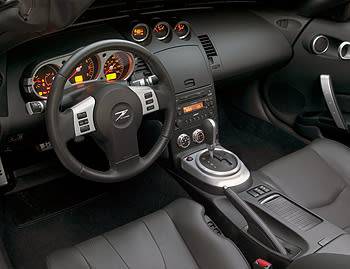 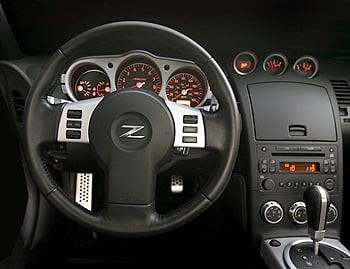 1/10
The outside appearance of the 350Z hasn&#39;t changed much. It still holds up well compared to newer competition. | Chase Agnello-Dean image

Something strange happened between the time Nissan introduced the 350Z in 2003 and today, when the deceptively similar-looking 2007 model arrived for this review. The once-rickety, temperamental and basically uncivilized two-door went from being one of my least-desired cars to gaining must-have status.

How did Nissan do it? Over the past few years, the company has made tweaks here and there to each year’s model, leading up to the 2007 version and its more-powerful engine and telltale bulging hood. It can now be honestly considered one of the best sports cars for the money.

Performance
One attribute I look for in every car, even the most tried-and-true sports-oriented one, is its ability to be a daily driver. These days, if you can’t conquer both the worlds of the enthusiast driver and that of the real-world mpg-conscious commuter, you’re losing half your potential audience. That’s no concern here; the Nissan 350Z is a joyous daily driver. Don’t get me wrong — even with the Touring model’s softer suspension it takes bumps severely, but the resulting jolt through the seats is acceptable. An intuitive clutch and short manual shifter help lessen any repetitive stress to the joints.

As for the engine, it’s a tweaked version of the V6 in the previous model, but with more horsepower: 306, up from 300, and now with 268 lb-ft torque. The increase is more significant when you factor in new horsepower-rating regulations, so the real gain is slightly higher. Power comes smoothly, and the large 19-inch rear tires — with 18 inchers up front as part of an optional alloy wheel package; 18-inch wheels and tires in the front and rear are standard — put the power on the road with efficient deviousness and nimble brakes. You would think that this kind of power supplied to the rear wheels would translate into smoky burnouts from stoplights, but that wasn’t the case. Sure, launches were quick, but the car remained planted and ran through the gears precisely. It does zero to 60 mph in 5.5 seconds, which is very fast for this segment.

You may be thinking, “Sure, it’s fast, but to be a sports car it needs to handle, too.” Oh, it handles. The 350Z’s most impressive driving characteristic had to be the sure-footed paths it carved on winding roads and steep highway onramps.

I was also able to take the Nissan 350Z on an actual racetrack, and not just a little one: Road America in Wisconsin, which is one of the country’s fastest and most dangerous tracks. The course is filled with elevation changes, sharp turns and short straightaways, and the 350Z performed almost flawlessly. Tested against serious competition, including much more expensive and performance-oriented models, the Z stood out as one of the day’s best rides.

The fact that I could pack the Z up and drive it home to Chicago makes it the epitome of practical-sports-car perfection; I didn’t have to swap the tires or make any other modifications.

Exterior
To the common observer, the outside of the 2007 350Z will look remarkably similar to every other Z since 2003. The only relevant changes are that bulging hood to fit the larger engine, revised headlights and a slightly altered front bumper.

Why no other changes? Nissan must be adhering to the “If it ain’t broke, don’t fix it” school of thought. The Z still looks good and surprisingly up-to-date. My only beef, if I were buying one, would be the fact that no one would know I was driving this new, vastly improved Nissan 350Z instead of one from last year or five years ago. Where’s the fun in that?

Interior
Another surprise to me was the interior. The leather seats in the Touring edition were soft and looked like they came from a much more expensive sports car. The same can’t be said of the somewhat bulky steering wheel, but it did its job well, and that’s what counts.

All the tactile areas — buttons, knobs and switches — were nicely finished for the price, and I couldn’t find much to complain about. Plus, as the driver, your eyes will be on the road virtually all the time in this car.

One thing to remember, though, is that this is a two-seater — a real one, so it has no backseat even to rest your briefcase on. The cargo space is surprisingly large, though, fitting suitcases and a fair amount of grocery bags easily. However, the large strut-tower brace that runs across the back makes it hard to fit things like golf clubs back there. Also, the cargo area is exposed, so anything back there reflects brightly against the rear glass.

A current 350Z owner noted the best change of all: two cupholders in the center column that are much more accessible than those in the old model.

I could tell the interior’s age only when I noticed it had no audio input for my MP3 player. The stereo overall offered a muddy listening experience. Sound systems are hard to mess up in such small cars, but I found the music and its excessive amounts of treble hard to stomach. Punk rock especially sounded lifeless and tinny.

Roadster
Along with the new coupe, Nissan also updated the convertible version, called the 350Z roadster, for 2007. It has the same engine and similar performance attributes in a soft-top convertible style.

Safety
Side-impact and side curtain airbags are optional on every Z model, which is not ideal because many buyers won’t pay the extra money for safety features as options. The required-by-law dual-stage front airbags are standard, but active head restraints and electronic stability control, two rapidly growing must-have safety features, are not available on all models. Stability control is standard on the more expensive Touring and Grand Touring models. Obviously, we’d like to see those features added across the lineup, as well as the side-impact airbags as standard equipment. Still, those shopping for a Z might not consider safety a top priority in their decision.

The Insurance Institute for Highway Safety hasn’t tested the 2007 350Z or any past models.

Nissan 350Z in the Market
Believe it or not, automotive journalists like it when an automaker gets it right. Even though it took Nissan a few years longer than it should have, it’s finally gotten the 350Z right. Starting under $30,000 and offering an assortment of trims for Nissan 350Z enthusiasts or casual drivers, it also offers impressive performance for the money.

There are very few cars that match up in comparison. The closest would be the Mazda RX-8 or the Chevrolet Corvette, but the RX-8 has been plagued by reliability problems and isn’t as powerful. The Corvette costs more and is actually a slightly different animal. That leaves the 350Z to dominate the affordable sports car niche market.