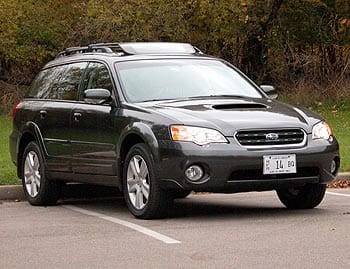 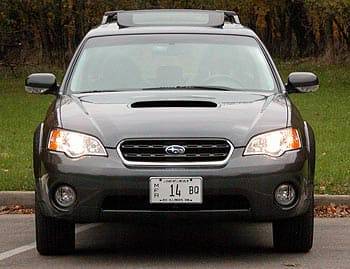 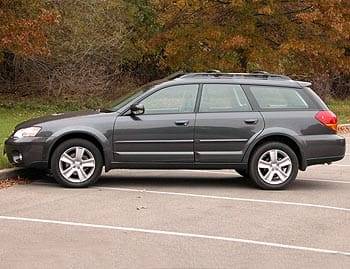 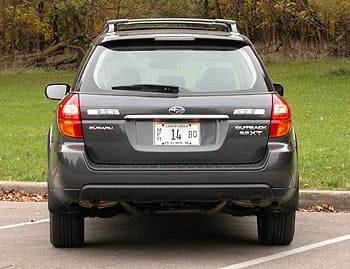 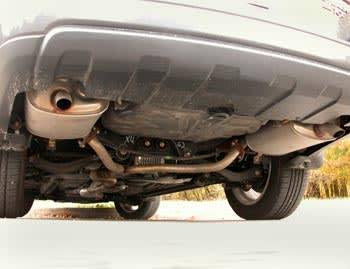 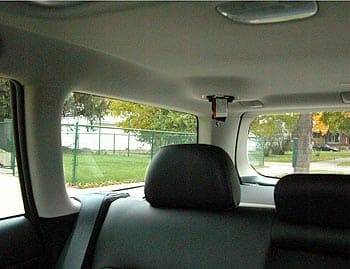 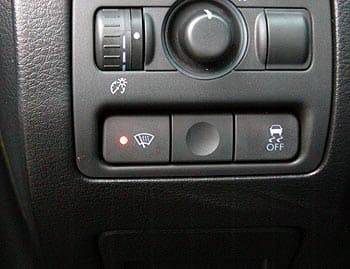 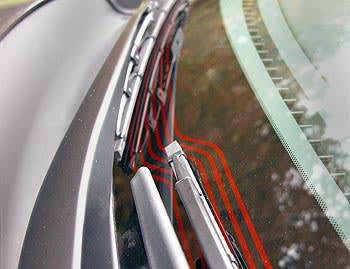 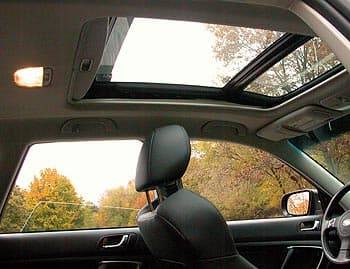 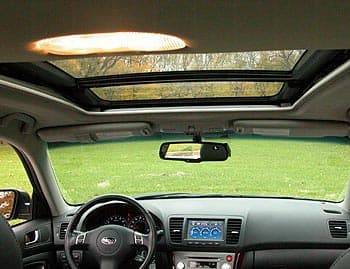 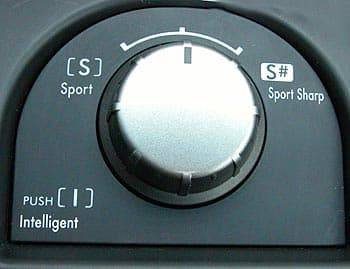 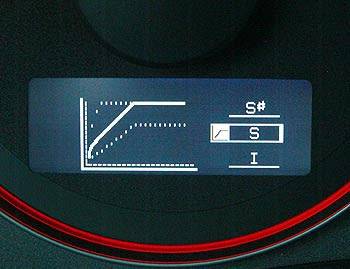 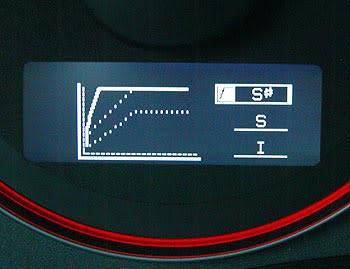 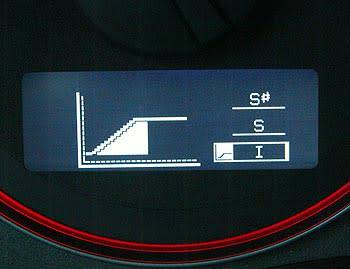 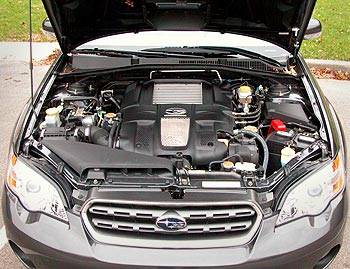 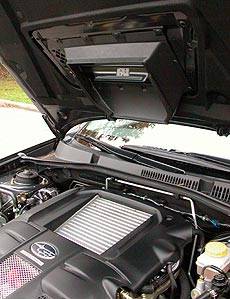 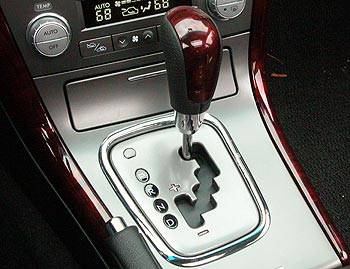 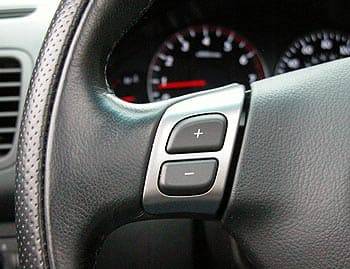 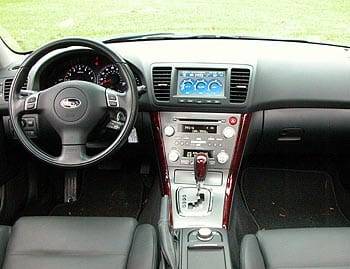 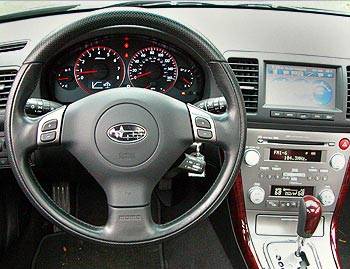 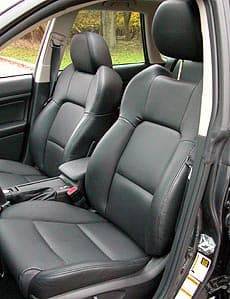 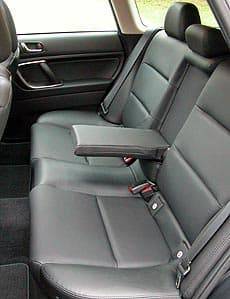 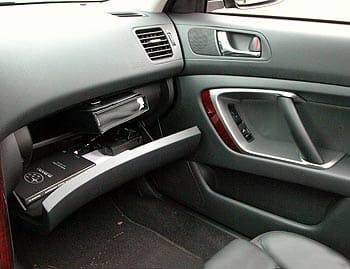 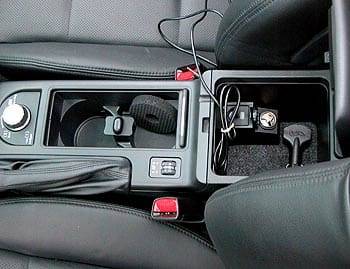 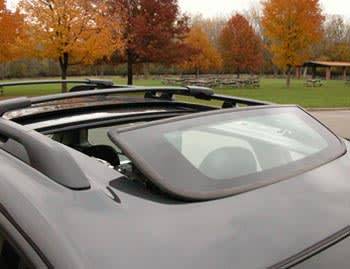 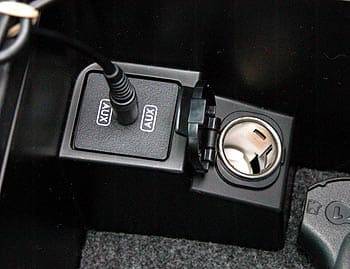 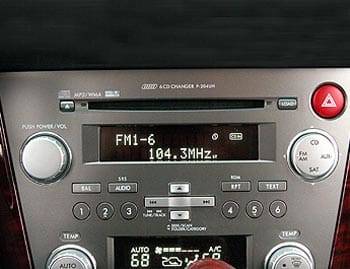 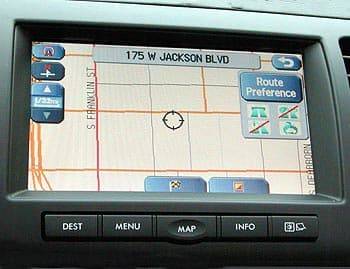 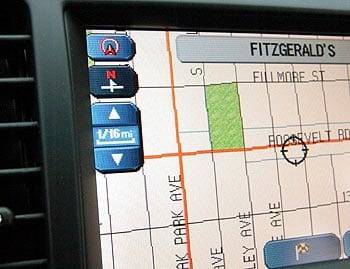 1/30
You can still get the two-tone, athletic-shoe look of contrasting lower cladding, but the Outback offers more monochromatic exteriors than ever before, as on this 2.5 XT Limited. The hood scoop comes only on turbocharged Outbacks; it directs air to an in

Now in its 13th year, the Subaru Outback wagon is still a viable SUV alternative, though its advantages are no longer exclusive in a growing class of wagons and car-based SUVs. Since its inception, the Outback has remained the same size and concept, which I think is justified, but with each year and each new competitor its still-unaddressed quirks get harder to accept. The optional Subaru Intelligent Drive (SI-Drive) gives drivers a choice between exceptional acceleration or gas mileage that’s promised to be even better than EPA estimates.

Which Outback?
The Outback covered in this review is a version of the midsize Subaru Legacy. There is also a version of the smaller Impreza hatchback called the Outback Sport. Further, it’s the Outback wagon that I tested — the original form that made its debut in 1995 during the heart of the SUV boom. There is also an Outback sedan that shares many of the wagon’s features and attributes.

From the beginning, Subaru had the formula that is all the rage now. The market is moving toward lighter, more refined unibody models that are more fuel- and space-efficient, yet retain the attributes most buyers appreciate in SUVs: all-wheel drive, additional ground clearance and the flexibility of a hatchback. All that’s lost is some towing capacity and heavy-duty offroad capability — two things that appeal to a minuscule percentage of owners, especially of smaller models.

Almost eight years ago we compared an Outback to a Chevrolet Blazer to illustrate that the body-on-frame truck’s exterior bulk didn’t translate to significantly greater interior space in the cabin or the cargo area. A larger interior was often an assumption people made about earlier SUVs, and a wrong one. Now we find that larger car-based SUVs are commensurately roomier inside than the Outback, and their occupants tend to sit higher, with a better view of the road. Both of these are attributes that many buyers don’t want to give up.

What Makes an Outback?
Rather than grow the Outback over the years, Subaru finally addressed the SUV market with a larger model, the B9 Tribeca (see my review), so the wagon still has its own identity and place in the market … or does it? Subaru’s own Forester is pretty close in size and utility, and many consider this low-riding model a wagon rather than an SUV. Is it the price that distinguishes one from the other? Well, at the time of this review, the Forester’s suggested retail price range is $21,195 – $27,895 and the Outback’s is $21,995 – $31,495. Hmmmm.

Subaru’s ads now refer to “what makes a Subaru a Subaru.” What makes a Forester a Forester instead of an Outback isn’t all that clear.

One thing that makes an Outback an Outback instead of a Legacy is more ground clearance — 8.7 inches versus 6.1 inches. It includes the same all-wheel drive that requires no intervention from the driver. Whether it’s snow and ice, gravel or dirt roads, the Outback is unfazed. I’ve driven it on modest offroad trails (legit ones, not just off-pavement), and it can handle more than the vast majority of buyers would put in its way. If the Outback were a person, it would be your outdoorsy friend who always seems to be tan and fit, dressed for action and on his way to climb or ride something, or otherwise involve himself with exertion and dust. Odds are this friend is named Todd or Chad.

Refinement & Poise
As before, the Outback offers good ride quality and refinement. Its poise at highway speed in particular still impresses, and it offers more drivetrain choices than ever. There are three engine options, detailed in the table. All come with a manual or automatic transmission, except the six-cylinder, which is automatic only.

The turbocharged 2.5-liter horizontally opposed four-cylinder comes with a five-speed manual. My test car, a 2.5 XT Limited, had the optional five-speed automatic with a clutchless-manual mode and the innovative new control mechanism called SI-Drive, which only appears on the Legacy and Outback equipped with this turbo H-4 — not with the optional H-6 engine.

In terms of regular old driving, this drivetrain offers spirited acceleration, though there’s a lag from a standing start — even if you floor it. By playing with SI-Drive, I found the lag to be acceptable in this regard, but it’s far from ideal. (I’ll address SI-Drive at the end of this review because it demands detailed explanation.)

Still Waiting for Improvements
Unfortunately, some things haven’t changed. The Outback still requires more brake pedal pressure during a panic stop, though the braking performance overall is fine. Like other models that use the engine, my test vehicle’s turbo four-cylinder tends to jiggle the car a bit when idling. And for the love of all that’s right in the world, can’t Subaru do something about its cabin lighting? My test car’s large moonroof, which is hardly a new feature for Subaru, results in a dome light that’s way behind the front seats. The result is a dark, shadowy front seat and dashboard. The reason this infuriates me is that there are two reading lights between the sun visors that could solve this long-standing problem, if only they came on automatically along with the dome light. It’s truly baffling.

Outback in the Market
None of these problems is a deal-breaker, but there’s been plenty of time to address them, and there’s more competition than ever. Many compact and midsize “crossover” SUVs and wagons now ride and handle like cars, too. There are many competitively priced crossover SUVs on the bottom end, and the Outback’s upscale move and related price increases have put it up against some Audis and Volvos on the top end. All-wheel drive is proliferating in every price class. In short, the Outback is still a very good model, but its relative appeal isn’t what it was in 1995 when it was billed as the world’s first sport utility wagon. (Even if you ignore the wagons that Jeep built before there was a Subaru, the Outback wouldn’t deserve that mantle; it would go to the AMC Eagle 4WD wagon sold in the 1980s. Subaru offered 4WD wagons in the ’70s, but if they are the Outback’s ancestors, one look at the Eagle’s elevated ground clearance and styling prove that it was the Outback’s spiritual advisor.)

SI-Drive: Power or Fuel Efficiency at Your Discretion
The SI-Drive knob allows the driver to choose among three acceleration programs: Intelligent, Sport and Sport Sharp. Each mode changes the way the accelerator pedal relates to the engine’s throttle, and also varies the transmission’s behavior. In the default setting, Sport, the accelerator pedal’s position has an even effect on engine power. It’s linear and feels like most cars do.

The Sport Sharp mode makes the pedal more sensitive. The first inch or so of pedal travel yanks much harder on the throttle, so the car accelerates faster — for the amount you’re stepping on the pedal. This mode also lets the engine rev into higher rpm before the transmission upshifts, even when under gradual acceleration, which makes the car more responsive for passing. Note that this doesn’t make the car faster overall. Stand on the pedal and both modes give you full acceleration. It’s the way the car responds under a lighter foot that differs between the two.

The oddly named Intelligent mode is the opposite of Sport Sharp. It gives you less throttle than the Sport mode for the same amount of pedal travel and, according to Subaru, decreases power and torque by as much as 20 percent. It also makes the transmission shift more conservatively, hopping up through the gears promptly and keeping the engine revving at lower rpm overall. This mode is all about gas mileage. Unfortunately, the EPA fuel economy estimates are based on the default setting, Sport, but Subaru claims the Intelligent mode improves upon that mileage by 10 percent. (That’s a lot.)

Unlike the other two settings, this mode does limit the overall power in such a way that the Outback doesn’t sprint as fast, even if you floor it. I’m not sure how I feel about this. I think the safety issue is too often used by leadfoots to rationalize buying more engine power than they really need, but there’s something to be said for having all of your car’s power available to you at all times in case you need it. Having a modestly powered car is one thing; you adjust your driving. But a car that responds differently at different times could spell trouble. If you forget you’re in Intelligent mode and you put yourself in the path of oncoming traffic, you aren’t going to be able to accelerate as quickly as you might have expected.

For the record, if you did this, it would be your fault. I’m not a fan of blaming the car or its manufacturer for driver error. That said, this mode, like the others, could be designed to make the engine go full throttle when you floor it. Some cars’ clutchless-manual modes do the same. Ideologically I like the idea of having three settings for an automatic transmission’s behavior, rather than the default and sport settings that have become common in premium and luxury cars. It’s the different throttle progressions that I think are better left to offroad vehicles and special snow modes.