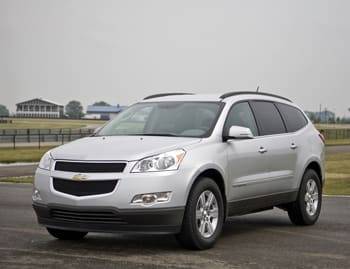 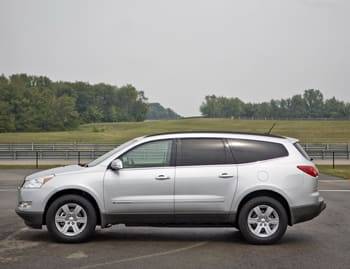 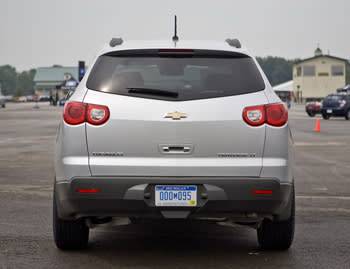 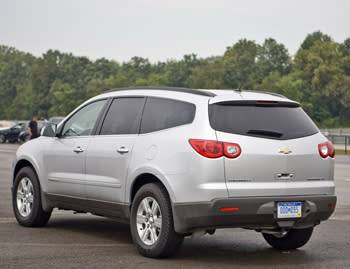 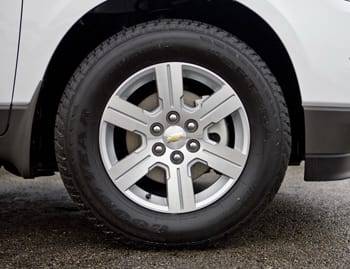 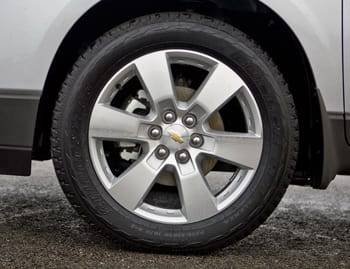 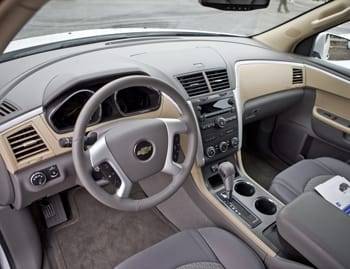 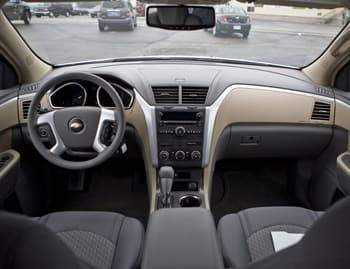 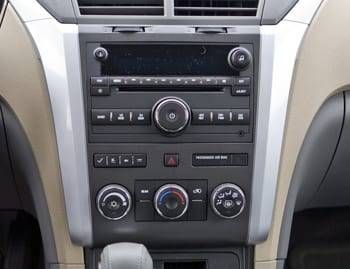 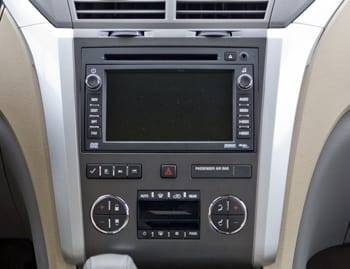 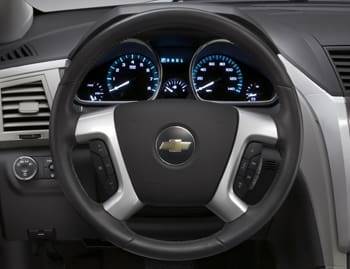 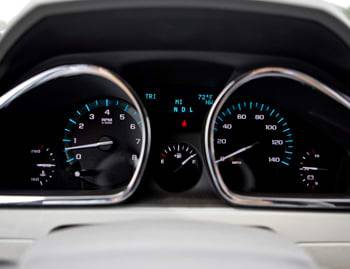 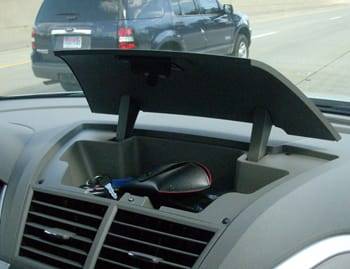 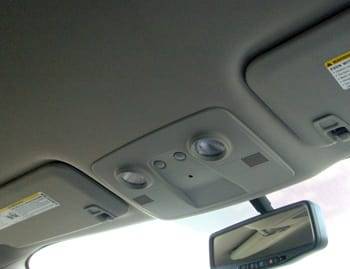 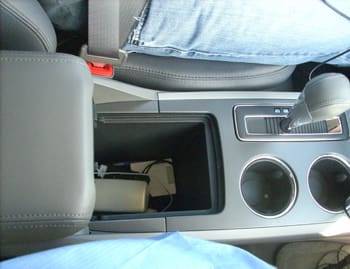 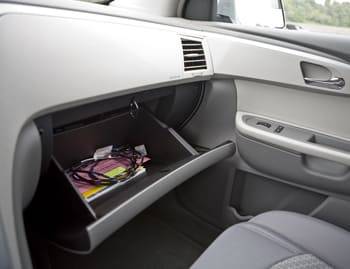 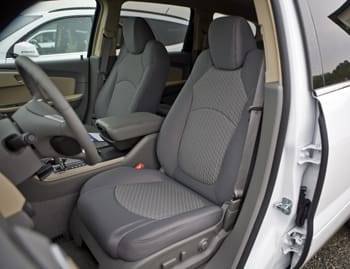 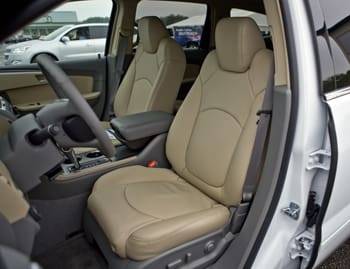 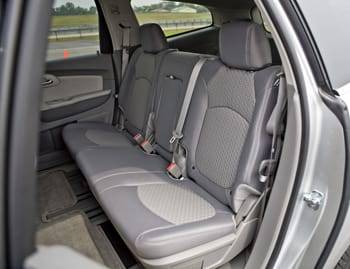 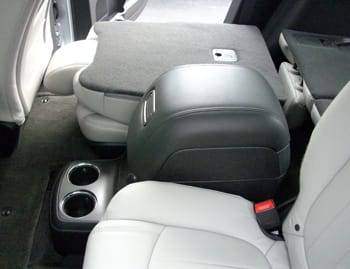 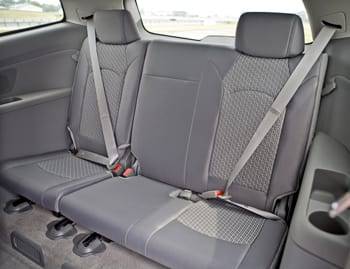 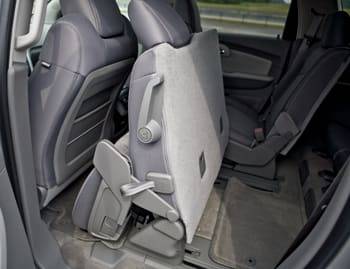 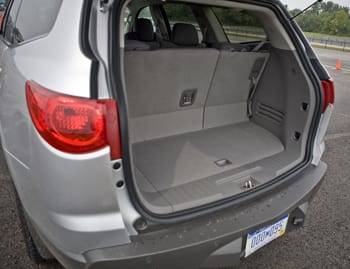 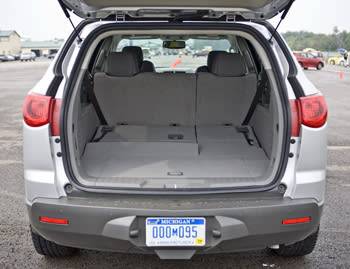 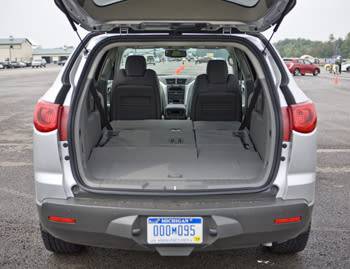 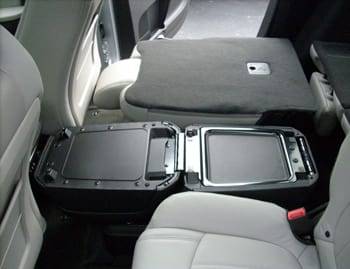 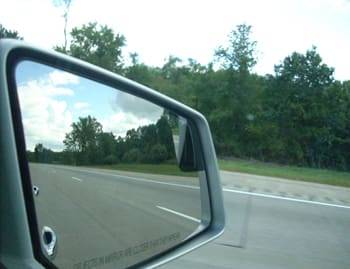 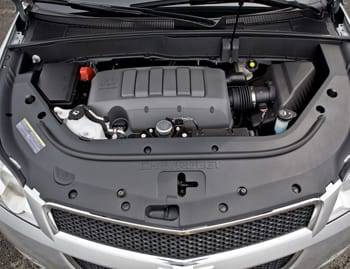 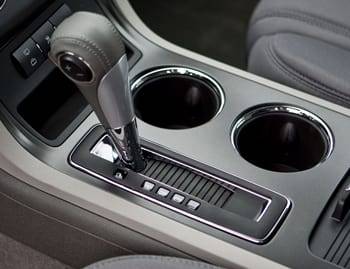 The Chevrolet Traverse is GM’s fourth three-row crossover, joining the Saturn Outlook, GMC Acadia and Buick Enclave. Outfitted with the platform’s latest improvements, the Traverse avoids some of the minor issues that dogged those other crossovers early on, but it introduces a few of its own. Still, it shares the GM crossover family’s core strengths and deserves a close look — provided, of course, you dig its nebulous styling.

Trim levels include the base LS, midlevel LT — which Chevy splits into LT1 and better-equipped LT2 categories — and loaded LTZ. All come in front- or all-wheel drive, and seating for eight is standard, though uplevel trims swap the second-row bench for captain’s chairs, reducing seating capacity to seven. I tested a front-wheel-drive Traverse LT1.

Left-Field Looks
GM says the Traverse drew styling inspiration from Chevy’s Malibu. I can accept that: The stacked grille and chiseled headlights from the well-received family sedan fit the larger canvas well enough. It’s the rear that leaves me sour. The Outlook’s and Acadia’s are cleverly packaged; the Traverse’s tail, with its beady lights and contorted planes, pulls an automotive “Ugly Betty” — it could have looked so much better. Disagree? Drop me an email.

The LS has black mirrors and steel wheels, which make for a downmarket look, but many competitors’ base trims do the same. LT models have 18-inch alloy wheels and body-colored moldings. The LTZ has 20-inch rims. At 205 inches long, the Traverse is much longer than many competitors — it’s practically straying into minivan territory. Width and height are equally plus-sized, as is its 40.4-foot turning circle. A backup camera assists with tight parking duties; it’s standard on the LT2 and LTZ. The LT1 gets audible rear parking sensors, with a camera optional.

The Inside
Like the Malibu, the Traverse sports inventive angles and plenty of overlapping materials inside. GM manages to pull it off: The dash feels fresher than the traditional shapes in the Highlander and Veracruz, but it avoids going completely over the top — like, say, the redesigned Pilot and its gargantuan center stack.

Like with many competitors — the Veracruz is one notable exception — most plastics are hard to the touch, and these have a grainier, lower-rent feel than the stuff in a CX-9 or Highlander. Overall build quality, however, is solid. Our preproduction test cars had a number of misaligned panels; I dropped by a Chicago dealership to check out an early production model, and its dash fits together dramatically better.

GM’s crossovers are good examples of the company’s recent efforts to improve quality, and the Traverse generally impresses. The turn signals engage with the satisfying certainty that Saturn, Pontiac and Chevy cars couldn’t come close to just a few years ago. The center controls have the attractive chrome runners and rubberized grips that the General rolled out across its lineup a few years back. The CX-9 and Pilot still lead the class in areas like button feel and knob movement, but the Traverse is competitive, and its stereo has one of the most user-friendly layouts in the business.

Move up the trim ladder, and the luxury features pile up. Leather upholstery is optional on the LT and standard on the LTZ; the latter also has a navigation system and heated and cooled front seats. A dual-pane moonroof that covers the first and second rows is optional.

Seating & Storage
A high dashboard and modest step-in height give the Traverse a lower, more carlike feel than many competitors. The cloth seats I tested had ample adjustment range but unremarkable quality; the Enclave’s cloth seats in particular feel much higher-grade. The Traverse’s could use softer cushioning, especially in the backrest.

Whether in two- or three-seat configuration, the second row reclines and moves forward and backward. Scooting the seats forward a few clicks leaves enough legroom for adults in both rows. Headroom is good in the second row but marginal in the third, and neither one sits particularly high off the ground, so thigh support may not be great for taller passengers. Third-row seats in anything other than minivans or full-size SUVs are typically small, but if you want a crossover and an adult-friendly third row is important to you, the Flex is your best bet.

Cargo room is where GM’s crossovers excel. The Traverse’s plastic bumpers and cargo-sill scuff plates present serious protection against baggage scuffs, and there’s an impressive 24.4 cubic feet of cargo room behind the third row. The seats easily fold flat to reveal a capacious 116.4 cubic feet of room, which leaves most competitors in the dust.

How it Moves
GM cribbed the Cadillac CTS’ direct-injection V-6 for its crossovers this year, bumping power slightly but noticeably over last year’s port-injected V-6. A six-speed automatic remains standard. The Traverse has enough midrange torque to manage easy 60-to-80 mph highway bursts. One editor even noted that the much-needed oomph made the passing lane easier to negotiate in the Traverse than it was in last year’s somewhat sluggish Enclave. The transmission, however, puts a damper on things. Push the gas hard, and the resulting downshifts can be a bit rough; often the automatic will hang onto an intermediary gear before deciding on a lower one.

Around town I also noticed some occasional accelerator lag, which is something reviewer Joe Wiesenfelder noted — and GM fixed — in a Saturn Outlook we tested two years ago. Be sure to give the drivetrain in your test car a good workout; it’s entirely possible Chevy has improved both the transmission and throttle response in the production Traverse.

In my front-wheel-drive tester, moderate acceleration from a standing start produced noticeable torque steer, though it never proved unruly. All-wheel drive likely mitigates this, but overall acceleration will suffer: It adds 205 pounds to the Traverse’s curb weight.

Gas mileage sees a nominal improvement over last year’s V-6 in the Outlook, Acadia and Enclave — another benefit of direct fuel injection, which allows less fuel to deliver similar power. The Traverse now ranks near the head of its V-6 competitors, though some offer thriftier four-cylinder options.

LTZ models have a dual exhaust system that increases output to 288 horsepower, while other trims have 281 hp. When properly equipped, the Traverse can tow a segment-best 5,200 pounds. Competitors manage anywhere from 3,500 to 5,000 pounds.

Like cargo room, ride quality is a strong suit for the Traverse. Its four-wheel-independent suspension soaks up bumps on the highway and isolates the cabin around town. The steering wheel turns with a well-assisted feel at lower speeds and settles into an even-keeled balance when pointed straight ahead on the highway. The Pilot and Flex feel more connected with the road over rough pavement, but the Traverse isn’t far behind — and it avoids both the floaty responses of the Veracruz and the noisy suspension rebounds of the Highlander. Road and tire noise are minimal, though by 80 mph I noticed significant wind noise seeping in from the A-pillar.

GM officials told me the Traverse has the sportiest suspension tuning of its siblings; body roll on highway offramps is relatively mild, though I didn’t have any of the others to drive back-to-back for comparison. Like the rest of them, the Traverse uses four-wheel-disc antilock brakes. Its pedal feels about average for a large crossover — a bit mushy at first, but stronger when pressed.

Safety
Good news for the safety-minded: The Insurance Institute for Highway Safety designated the Traverse and its siblings Top Safety Picks because all four earned the top score of Good in front-, side- and rear-impact crash tests. Standard safety features include front and side-impact airbags for the first row and rollover-sensing side curtain airbags for all three rows. Antilock brakes, traction control and an electronic stability system are also standard.

Child-seat provisions include Latch child-seat anchors and top-tether anchors in the second row, with a top-tether anchor in the center third-row seat. Note that the second-row middle seat lacks a head restraint. That’s a concern only if you carry a lot of adult passengers, but the Highlander, Flex, CX-9 and Veracruz all include one.

Features & Pricing
Excluding a $735 destination charge, a two-wheel-drive Traverse starts at $28,255. Among the standard features are front and rear manual A/C, power windows, keyless entry and cruise control. The LT1 adds a power driver’s seat, alloy wheels, a trip computer and steering-wheel audio controls, while the LT2 moves up to tri-zone automatic climate control, Bose audio and a power tailgate.

The LTZ sets you back $39,025, but it’s very well equipped, with heated and cooled leather seats, larger wheels and a navigation system. Most features are optional on the lower trim, and all-wheel drive costs $2,000 across the line. Other options include a panoramic moonroof and backseat DVD system. Expect a decked-out, all-wheel-drive LTZ to cost around $45,000. Though that’s slightly less than a fully equipped Enclave, Acadia or Outlook, it’s still pricey for this segment; most competitors top out around $40,000.

Traverse in the Market
GM gets points for making a styling statement, inside and out. I’ll harp about certain angles, but on the whole the Traverse at least looks interesting, and that’s ever so important in a field of increasingly similar-looking family-haulers. Underneath it all are the same bona fides that make the automaker’s large crossovers a winning group: a well-mannered ride, abundant cargo room and solid cabin quality. The Traverse may ultimately be the weakest of the set, but it’s also the least expensive — and its Chevy bowtie suggests it will become a solid, if not a consummate, choice for the masses.