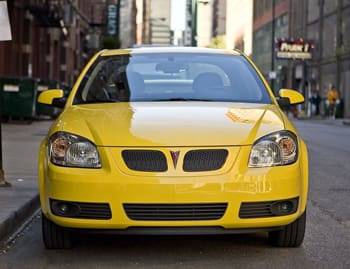 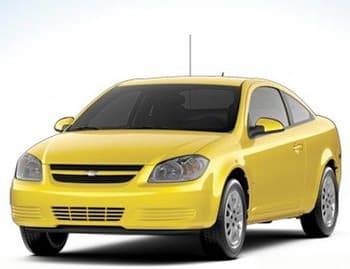 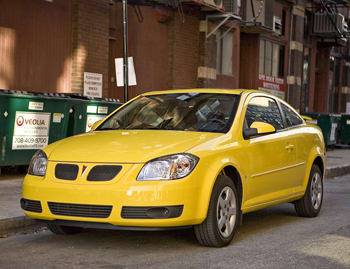 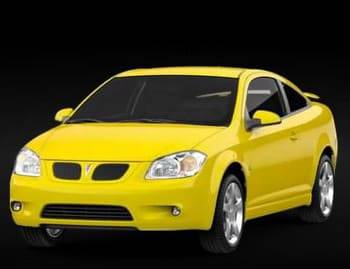 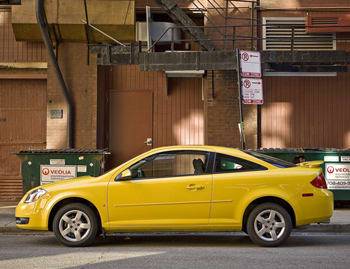 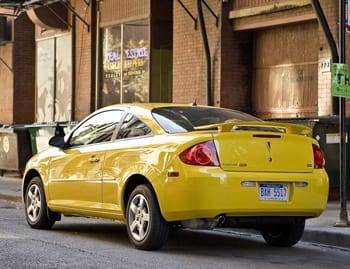 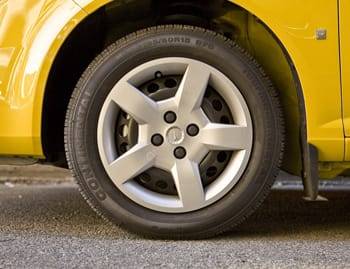 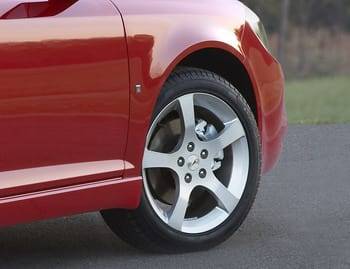 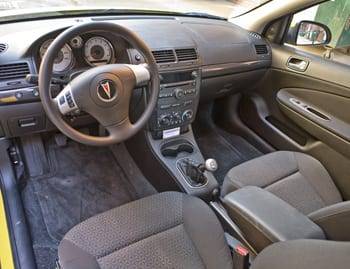 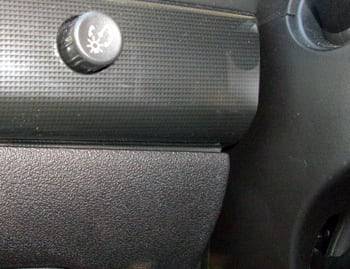 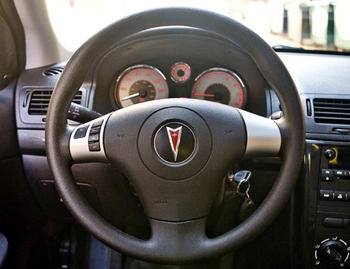 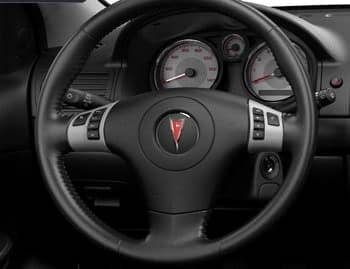 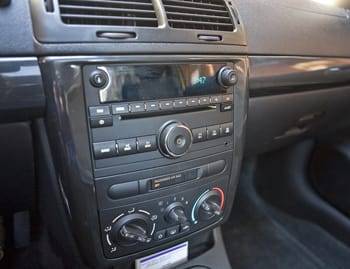 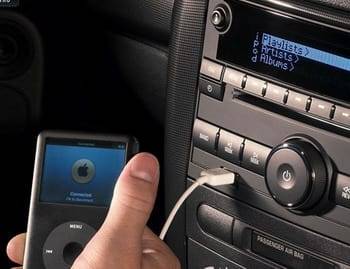 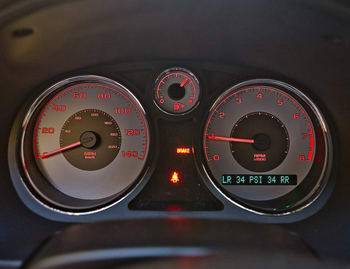 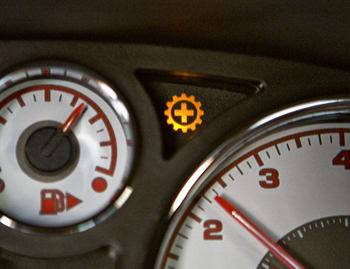 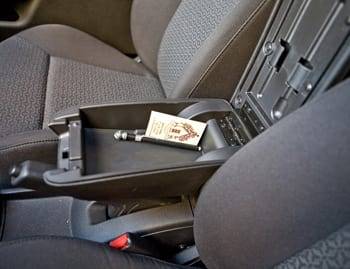 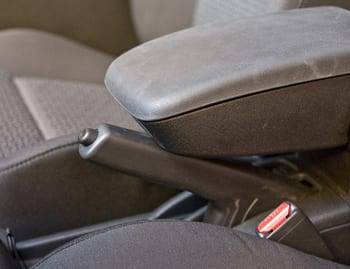 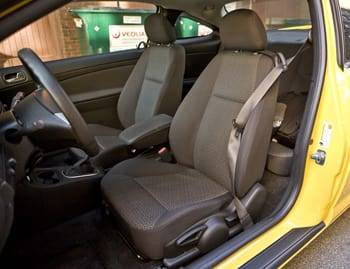 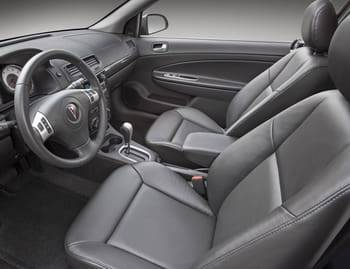 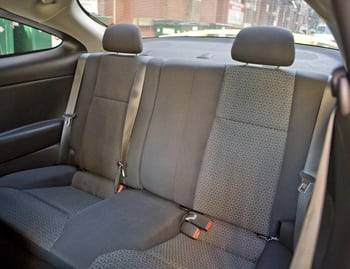 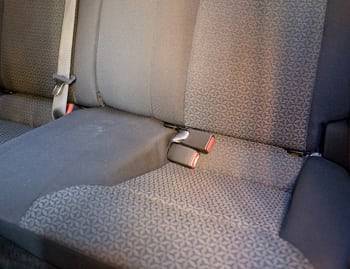 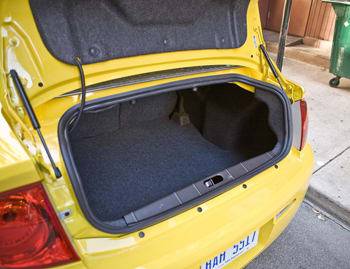 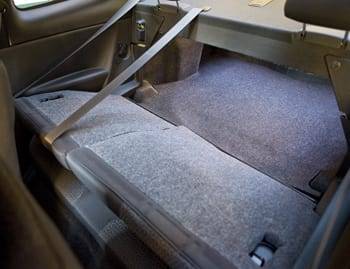 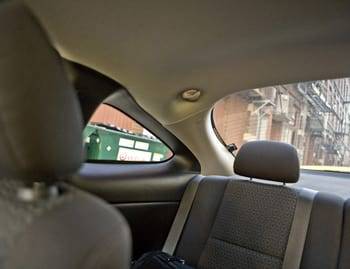 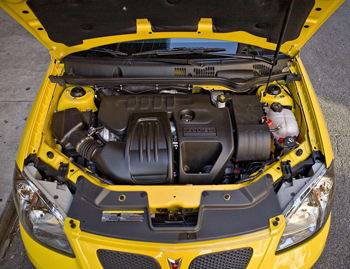 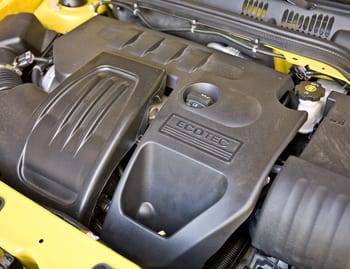 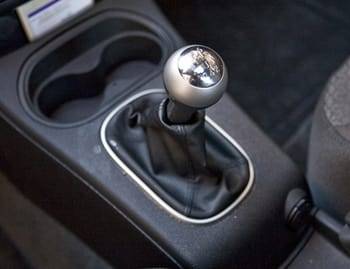 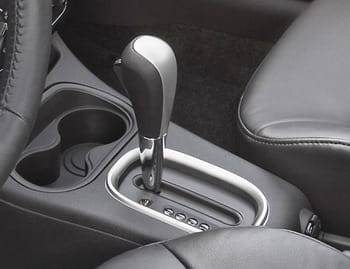 Contrary to what you might have heard, General Motors is building many competitive cars these days — but the Pontiac G5 is not one that will lift the company out of its current predicament. It’s roughly identical to the Chevy Cobalt, a car that’s getting long in the tooth. The G5’s high-efficiency XFE trim gets an impressive EPA-estimated 37 mpg on the highway for 2009, and its 2.2-liter four-banger delivers punchier acceleration than that figure implies. But the car can’t drum up the sort of refinement you’ll get even in Ford’s underwhelming new Focus coupe, much less a two-door Honda Civic or Scion tC. Inexpensive cars need not feel cheap these days, but the G5 does.

The G5 arrived in mid-2006; it comes only as a coupe, while the Cobalt comes as a coupe or sedan. Click here to compare this year’s model with the 2008 model. I tested the G5 XFE — it stands for eXtra Fuel Economy — which is essentially a stick-shift base model without certain mileage-sapping options. There’s also an uplevel GT version. Both are available with a five-speed manual or a four-speed automatic, though the base model loses the XFE designation when it gets the automatic.

Basic Styling
Longer but narrower than its competitors, the G5 is the same basic shape that made the Cobalt initially attractive and later forgettable. A rear spoiler is standard, but too many black plastic details — particularly the bumper cutouts that house the optional fog lights — give the car a low-rent look. So do the XFE’s 15-inch steel wheels, though their low-rolling-resistance tires help with gas mileage. Sixteen-inch alloys are optional, but they reduce highway mileage by 2 mpg. The G5 GT adds a more aggressive bumper, standard fog lights and 17-inch alloys. The styling changes are a welcome improvement, but cars like the tC and Civic still look sharper.

Cabin & Cargo
The G5’s cabin barely made the grade when it arrived, and it’s aging as well as, er, let’s just say it’s not aging well. The dash is shrouded in hard, shiny plastics, complete with visible panel gaps and an old-school cutout for the passenger’s front airbag. The A/C dials turn with flimsy uncertainty, and controls from the gauge-light dimmer to the hazards switch feel strewn about. Leave the center console down to use its armrest, and the parking brake collides with it when it’s engaged.

A few bright spots: GM’s ubiquitous stereo is as user-friendly as always, and this year it adds optional USB/iPod connectivity. An MP3 auxiliary jack is standard. Also standard is a trip computer; it displays the sort of information I’d expect in a luxury car: instant and average gas mileage, various maintenance intervals, and tire pressure for each individual tire. While competitors like the Toyota Corolla and Mazda3 insist on using cheap mouse-fur headliners, GM, like many others, has stepped up to a decent woven material.

The cloth seats won’t hold you in place while taking corners hard, but I found them supportive enough during our recent highway mileage challenge. Other staffers disagreed; copy editor Beth Palmer called the driver’s seat a veritable “stack of bricks.” Leather upholstery is optional, with two-stage heated seats standard on the GT. Save some cash and stick with cloth; I spent a week driving a leather-equipped Cobalt a while back, and its cowhide lacks the upscale quality of the optional leather in the Civic, Corolla and Mazda3. The G5 does have adjustable lumbar support — a rarity in this class — but I’d trade that feature for a tilt/telescoping steering wheel, which the Civic and Corolla offer standard. Pontiac’s wheel only tilts.

There’s enough legroom in back for adults to tolerate short trips, though headroom is tight. The trunk packs an impressive 13.9 cubic feet of cargo space — the Focus has about as much, but the tC (12.8 cubic feet) and Civic coupe (11.5 cubic feet) fall short. Unfortunately, the G5’s trunk has a high liftover height and a small opening, so extricating large suitcases could be a chore.

How It Drives
This year’s G5 loses the optional 2.4-liter four-cylinder; I drove that engine in a G5 two years ago, and its extra power wasn’t terribly noticeable versus the 2.2-liter. The latter engine has been upgraded with variable valve timing for 2009, improving gas mileage and bumping output to 155 horsepower, up 7 hp from last year. Though the taller gears in my stick-shift XFE — which has a pokier but more fuel-friendly final-drive ratio — could take awhile to wind out, there’s enough low-end torque that you won’t feel flat-footed. Add it all up, and the car accelerates more briskly than the 2.0-liter Focus or 1.8-liter Corolla. The Civic feels about as quick, but that’s partly the result of its touchy accelerator pedal.

The G5’s manual transmission ranks in the middle of the pack. It isn’t precise, and at stoplights the shifter occasionally puts up a fight moving back into first gear, but at least it feels chunky and substantive — I prefer that over the rubbery stick-shifts in cars like the Focus and Hyundai Elantra. The clutch pedal is light and has short travel, which keeps bumper-to-bumper commutes tolerable. A four-speed automatic is optional, though in the automatic 2.2-liter Cobalt I drove a few years back, the transmission’s slow response to highway kickdown begged for a fifth gear, something the Civic and some Mazda3 versions offer.

The G5’s electric power steering creates a light steering wheel that turns effortlessly. Its directional precision, however, is vague at best, and at higher speeds — where most cars’ steering settles into a securely weighted feel when pointed straight ahead — Pontiac’s is too buoyant. Combine that with the G5’s tendency to get battered around by crosswinds, and this car isn’t a great option for long highway drives. The XFE’s narrow tires keep road noise at bay, but above 60 mph, wind noise gets to be an issue; several editors noted significant noise, especially from our tester’s optional moonroof.

The standard front disc and rear drum brakes serve up a mushy pedal feel; antilock brakes are optional on the base model and standard on the GT, which also has larger four-wheel discs. The GT also has a shorter final-drive ratio for quicker acceleration, as well as grippier tires and a sport-tuned suspension — albeit still with a semi-independent rear setup, versus some competitors’ fully independent rears. You’ll pay in gas mileage, though: EPA ratings drop from 25/37 mpg city/highway for the XFE to 25/35 mpg for a regular or GT model with 16- or 17-inch wheels, which introduce more mileage-sapping rolling resistance. Getting the automatic lops off another 1 to 2 mpg overall. I should also note that our XFE tester averaged just 33.1 mpg on a 300-mile highway mileage loop, while a Corolla, rated at 35 mpg, racked up 36.4 mpg.

Here’s how the EPA figures compare:

Safety & Reliability
At publication time, the Insurance Institute for Highway Safety had not yet crash-tested the G5. Standard safety features include front and side curtain airbags. Antilock brakes are optional on the base G5 and standard on the G5 GT; the latter trim also has traction control and an electronic stability system, a feature that’s fast becoming common on affordable cars these days.

Based on two model-years’ worth of owner surveys, Consumer Reports predicts reliability for a new G5 to be average. That’s not good enough for this segment: The current Civic, except for the high-performance Civic Si, has good reliability scores, and so do the tC and Focus. Among its competition, GM’s three-year/36,000-mile comprehensive and five-year/100,000-mile powertrain warranties are more generous than those of Honda, Ford and Scion; all three have similar comprehensive programs but expire at five years or 60,000 miles for powertrain.

Features & Pricing
I’m not sure the G5 is a value buy. The XFE designation starts at $16,980 and comes standard with power windows and locks, A/C, a CD stereo and keyless entry. Cruise control adds $275, bringing the car’s price in line with cruise-control-equipped competitors like the Civic LX ($17,155), base tC ($17,000) and Focus SES ($17,570). For those prices, however, all three alternatives have features for which Pontiac charges extra: The Civic has antilock brakes; the Focus has steering-wheel audio controls and alloy wheels. The tC has all three, plus a panoramic sunroof. The G5 does have standard XM/Sirius Satellite Radio and GM’s OnStar communication service, but both are subscription-based and, once their trial periods run out, will cost you: Plans start at $18.95 per month for OnStar and $9.99 a month for satellite radio.

The G5 GT ($20,280) upgrades to 17-inch alloys, ABS, an electronic stability system, fog lights and a leather-wrapped steering wheel with audio and cruise controls. Many of those features are optional on the base model. Other options include heated leather seats, a sunroof and an automatic transmission. Though a navigation system isn’t available, OnStar’s Directions and Connections service ($28.90 per month, which includes the basic Safe & Sound plan) can display GPS-linked directions on the radio. I’ve used it in several other GM cars, and though you won’t have a full map to show your surroundings, it routes you to even obscure addresses easily.

G5 in the Market
If only because they offer the prospect of 37 mpg on the highway, the G5 and Cobalt should have no trouble finding buyers these days — at least as many buyers as a car company can reasonably expect. Even so, neither car is a winner for the times: Get an automatic transmission, as the vast majority of car shoppers do, and highway mileage figures drop to an unremarkable 32 or 33 mpg. The G5’s value is questionable, particularly compared to better-equipped alternatives like the Civic and tC, and overall refinement considerably trails both. GM could have a promising small-car future in the upcoming Chevy Cruze; whenever its predecessors are retired, I suspect they won’t be missed.