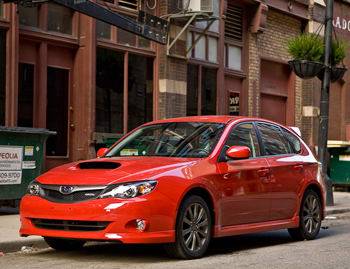 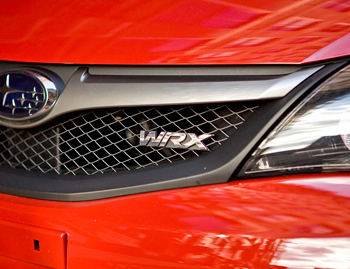 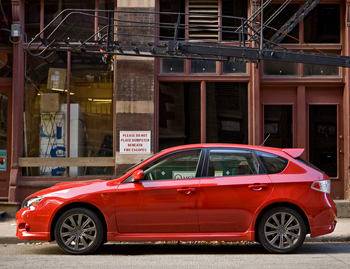 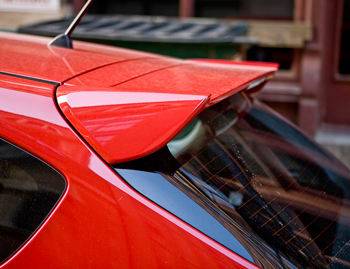 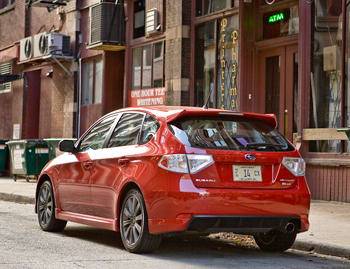 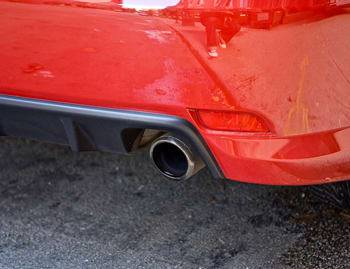 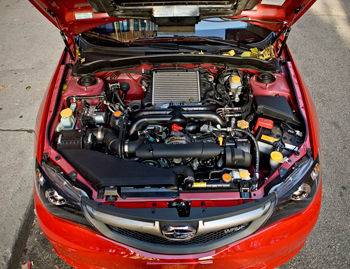 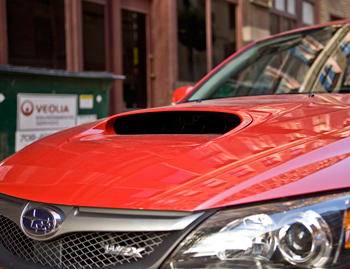 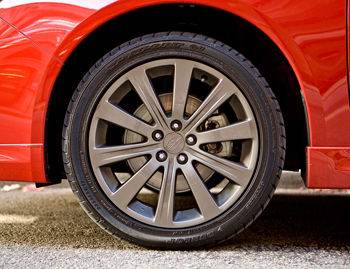 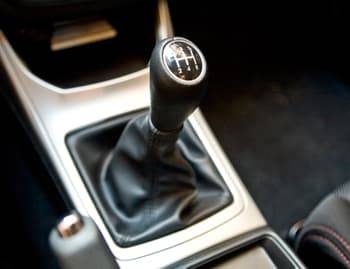 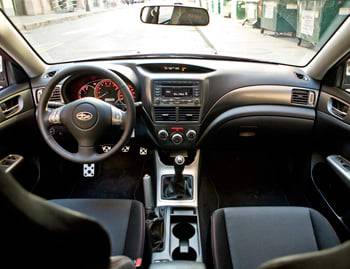 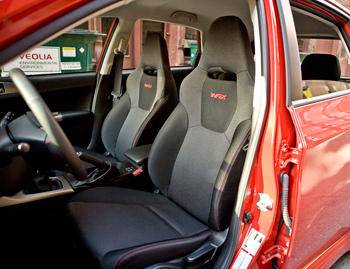 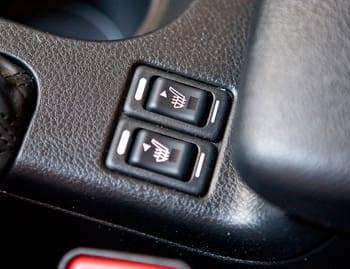 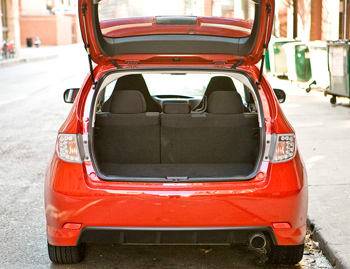 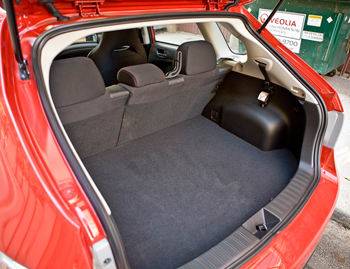 Editor’s note: This review focuses on the performance-oriented WRX trim level of the 2009 Impreza. To read our take on the new 2.5GT model, click here. To see a comparison of the two, click here.

There’s no shortage of sub-$30,000 performance compacts available today, but the Impreza WRX hatchback I tested is one of the better ones for the money. WRX is a respected nameplate among sport-compact enthusiasts, as Subaru has been fielding performance versions of its Impreza under this name since the 2002 model year. For 2009, Subaru ups the ante with a significantly more powerful version of the WRX that has a starting price only slightly higher than the 2008 model’s.

From a performance standpoint, the hatchback’s biggest challenger is the Mazdaspeed3. The WRX, however, offers better everyday livability than Mazda’s performance hatch.

Both the WRX and Mazdaspeed3 hatchbacks feature turbocharged four-cylinder engines that make upward of 260 horsepower — 265 hp in the WRX and 263 hp in the Mazdaspeed3 — but in everyday driving the Mazdaspeed3 feels quicker than the WRX thanks to its more responsive engine. The Subaru is by no means soft in the power department, it just doesn’t feel as jumpy as the Mazda. The WRX’s horizontally opposed engine also delivers Subaru’s characteristic bark — you hear the engine mechanicals more than the exhaust note, which is muted even though there’s a large tip protruding from the rear bumper. The constant drone of the Mazdaspeed3’s exhaust might irritate some drivers.

For a performance car that handles itself well when driven quickly through a corner, the WRX’s suspension is surprisingly forgiving; it’s taut, but the dampers soak up bumps in the road in a way that some performance suspensions can’t. The Mazdaspeed3, for one, can’t match the WRX’s combination of ride comfort and handling performance.

The Mazdaspeed3, however, gets the nod when it comes to its transmission. With a slick, short-throw six-speed manual transmission, the Mazdaspeed3’s manual has some of the best moves around. The WRX makes the most of its five-speed manual; the lack of a sixth gear doesn’t adversely affect performance. Even though you can move the shifter quickly between gears, there’s more play in the shifter compared to the Mazdaspeed3’s and the WRX’s stick is pretty tall, too.

Both hatchbacks have relatively Spartan cabins with decent but not great materials quality. In the Mazdaspeed3’s case, this is a little more acceptable because it’s based on a car that debuted for the 2004 model year, while the WRX’s cabin was new for 2008. Both cars have front sport bucket seats, but the Mazda’s seats have more bolstering to keep you in place. The WRX’s less aggressive seats are comfortable in their own right.

What separates the WRX from the Mazdaspeed3 and most other performance hatchbacks below $30,000 is its standard all-wheel-drive system (the Mazda is front-wheel drive). When the roads are dry, it’s not a huge advantage for the WRX because the Mazdaspeed3 is very good at putting power down to the front wheels, but poor weather conditions favor the WRX.

So which one is right for you? There’s no question the Mazdaspeed3 is a blast to drive, but it demands that the driver sacrifice some comfort in exchange for performance. In the WRX you have a hatchback that should appeal to a wider group of enthusiasts who need their performance car to perform the mundane tasks of everyday life without complaint. You’ll pay more for the extra security that comes with the Subaru’s all-wheel-drive system, though, as the WRX hatchback’s starting price is nearly $3,000 higher than the Mazda’s.