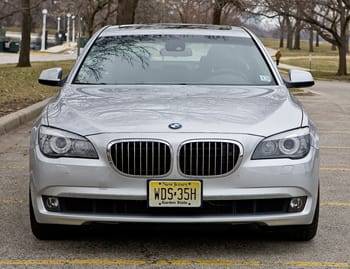 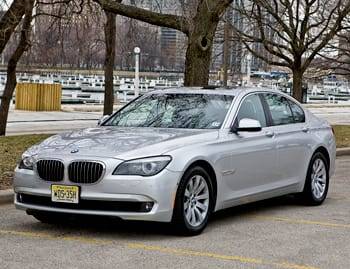 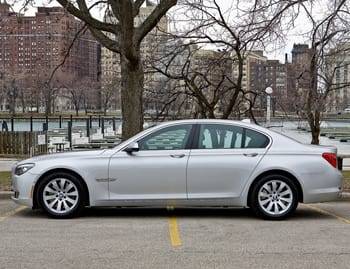 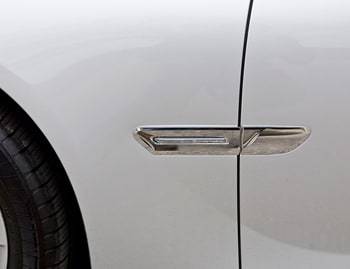 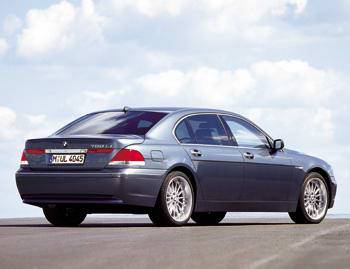 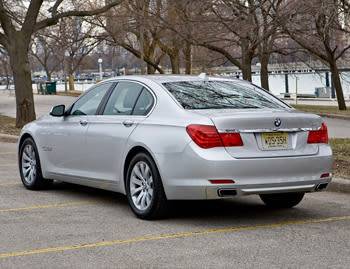 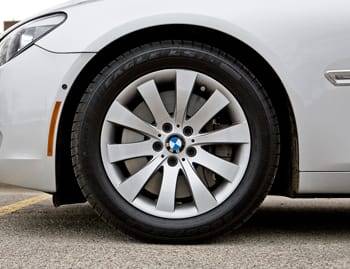 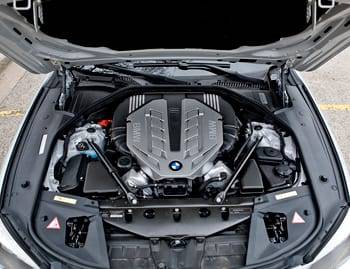 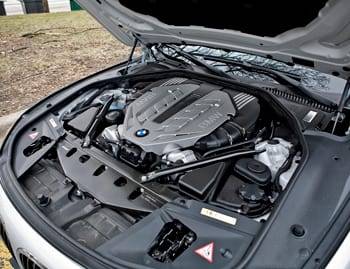 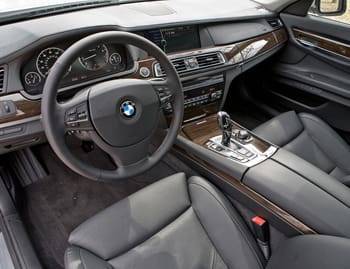 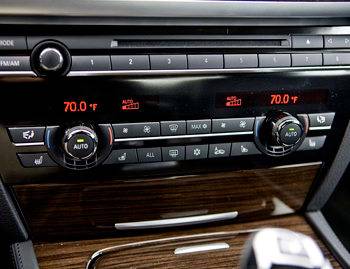 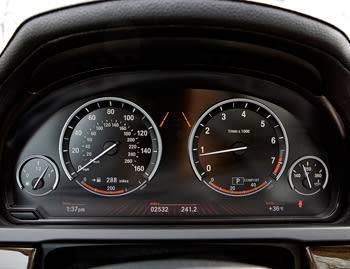 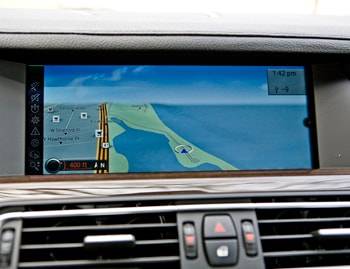 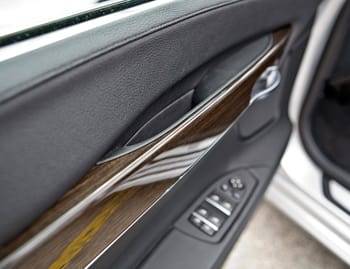 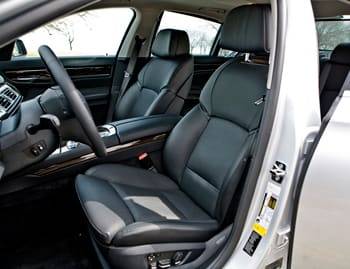 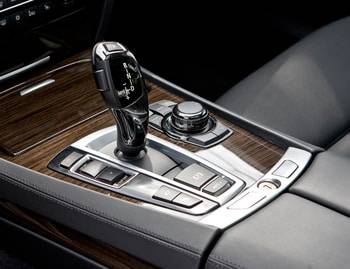 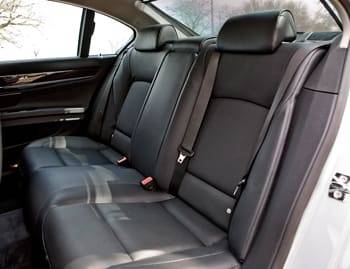 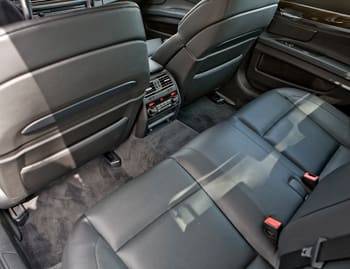 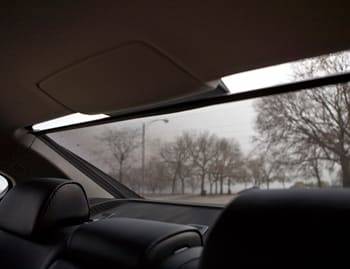 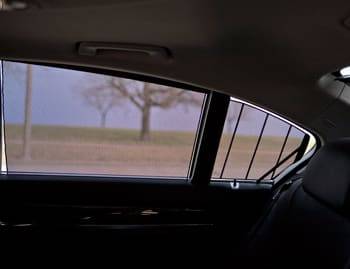 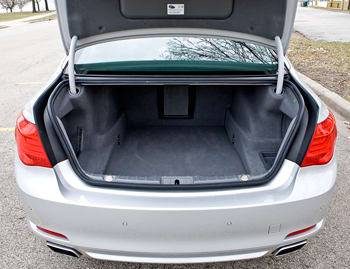 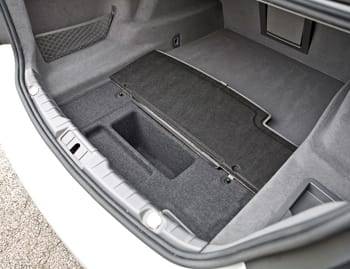 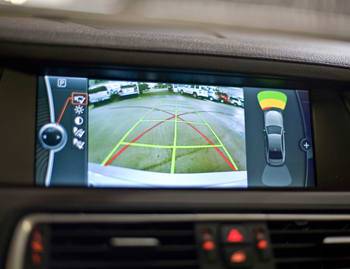 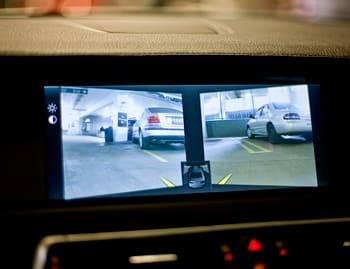 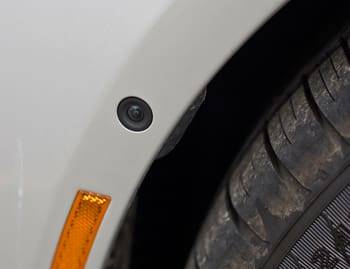 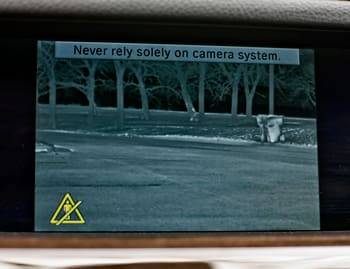 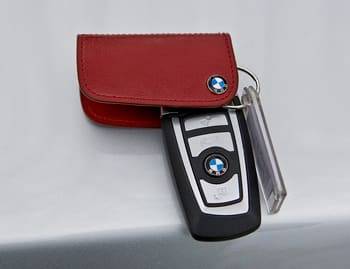 Editor’s note: This review was written in April 2009 about the 2009 BMW 750i. For 2010, new xDrive all-wheel-drive versions of the 7 Series debut. To see other changes for 2010, click here, or check out a side-by-side comparison of the two model years.

When a redesigned 7 Series debuted for the 2002 model year, it was one of the most controversial cars in recent history. Not only did it signal a new design direction for BMW that rubbed many people the wrong way, it had a new technology feature — iDrive — that had many detractors. Despite all the criticism, a funny thing happened: BMW went on to sell more of the new 7 Series than of its predecessor.

Now it’s time for another new 7 Series. The 2009 redesign doesn’t make as sharp a break from its predecessor as the 2002 model did; rather, it’s a refinement of it, with styling that’s less about being different than the ’02’s was. There’s also a new version of iDrive that’s much easier to use. On the whole, it rates well in terms of ride comfort and power, but there are some little things that might push you away from the 7 Series and into a Mercedes-Benz dealership.

Ride & Handling
BMW took the right approach with the new 7 Series by acknowledging that even though potential buyers might appreciate the BMW performance-car experience, they want their full-size luxury sedan to ride comfortably. The 750i excels at this.

Even on the heavily rutted roads of Chicago, the 750i floated softly along with its adaptive suspension in Normal mode, preventing the rugged pavement from jarring occupants. This is the kind of ride comfort buyers will expect, and it’s good to see that BMW delivers it in the 7 Series, as opposed to the firmer suspension tuning found in the midsize 5 Series and compact 3 Series sedans.

If you prefer a sportier driving experience, BMW gives you that option. The 750i’s standard Dynamic Driving Control includes a few modes that control suspension and gas pedal responses, automatic-transmission characteristics and steering assistance. Besides the Normal setting, there’s a Comfort mode that allows more body motion over bumps. There are also Sport and Sport+ modes that firm up the suspension, let the engine rev higher before shifting (which then happens with more firmness), and make gas pedal response more immediate.

The responsiveness of the gas pedal is one of the issues I have with the car’s Normal mode; accelerating from a stop, there’s a significant delay before the car responds. When cruising along, it takes a good nudge of the gas pedal to get more engine power, too. Aside from the gas pedal lag, I like the transmission’s smooth performance in Normal mode. If I could, I’d take the more responsive gas pedal setting of the Sport mode and pair it with the Normal mode’s shift quality.

One area that’s in keeping with BMW tradition is that the steering wheel provides a decent amount of feedback for a big car, so you can feel the road a little bit through the wheel. In cars like the Lexus LS 460 and Mercedes-Benz S-Class, the steering systems mostly filter out road feel. The thin-rimmed leather-wrapped steering wheel feels nice in your hands, and while there’s more power-steering assistance than you’d find in one of BMW’s smaller models, it feels appropriate for a large car like this. Road feel really increases at highway speeds, though, and I wouldn’t have minded if BMW had dialed it back a little in this situation.

Going & Stopping
The 750i gets a new V-8 engine for 2009 that’s smaller but makes more power than the previous engine — 400 horsepower, to be exact. It’s the same engine that delighted me in the X6 xDrive50i, and it’s quite a performer in the 7 Series, too.

I’m always a little surprised by how quick some big luxury cars, like the Mercedes-Benz S550, can be, and the 750i falls into this category, too. The twin-turbo V-8 offers a wave of power that doesn’t quit even when you’re already cruising at a good highway clip. It’s pretty swift from zero to 60 mph, too, with a time of 5.1 seconds, according to BMW. Unlike the X6, where the V-8’s deep exhaust rumble provides all the music you need, you only hear the V-8 now and then in the 750i, when you really get on the gas.

When cruising at highway speeds, the sedan’s six-speed automatic transmission is always at the ready for a quick kickdown if you need more power. Plant the gas pedal, and it downshifts immediately. The transmission is smooth enough in city driving — though there was some jerkiness to it at slower speeds right after starting the car on a cold day. If you’ve driven a car with a manual transmission, it’s a mild version of the sensation that occurs when you’re not giving the car enough gas and it’s about to stall.

The transmission’s Sport mode allows the engine to rev higher before shifting, but sometimes it unnecessarily prevents an upshift when one would be preferred. You can also control gear changes yourself using the console gear selector’s clutchless-manual mode.

Less impressive are the 750i’s brakes, which don’t offer the best linearity; sometimes they grab lightly when you first press the pedal, and then respond more strongly. You’d think this would be something BMW could get right on a car that starts at more than $80,000, seeing as much less expensive cars — the Dodge Charger, for instance — have great, firm brake pedals and are easy to bring to a smooth stop.

The cabin is mostly quiet, but there was an ever-present drivetrain whine that became more pronounced as engine speed increased. It’s not the greatest of sounds, and it’s one that customers likely wouldn’t accept if they continually heard it during a test drive, like I did during my time with the car.

The Inside
The interior styling is all-new, but BMW has taken an evolutionary approach, as there’s still a strong resemblance to the previous generation’s cabin. Befitting this class, it’s decked out with rich materials like wood trim and stitched leather. The S-Class’ cabin is one of the nicest in this segment, and the new 7 Series’ interior is definitely on par with it.

There are a few relatively big changes, one of which is that the stalk-like gear selector on the steering column has been replaced with BMW’s new-generation console gear selector that’s already in models like the X5 crossover. It looks and operates a lot like a fancy joystick; there’s not the backward or forward movement through the gears like you’d have with a traditional gear selector. Instead, just rock it forward or backward to shift into Reverse or Drive.

The other big change is BMW’s revamped iDrive system, which is standard. It still operates by rotating and nudging a large dial on the center console, but now there are more direct-access buttons around the knob for controlling the stereo and navigation system. Ironically, because iDrive’s new on-screen interface is much improved, I didn’t often have need for the buttons. On-screen menus are so critical to these knob-based systems, which include Mercedes’ Comand and Audi’s Multi Media Interface. Comand has been my favorite principally because its menus are the most logical and intuitive to navigate, but with the strides BMW has made with its latest version of iDrive, Mercedes’ advantage is essentially gone.

The 750i is a big car, but its backseat isn’t roomier than a number of family sedans, like the Toyota Camry or Honda Accord. There’s enough legroom and space in general to get settled, though. To compete with the amount of backseat room offered by the S-Class, you have to choose the long-wheelbase 750Li, which has a wheelbase that’s been stretched 5.5 inches for greater backseat space. (The S-Class only comes in one length.)

That said, the 750i’s outboard rear seats are quite comfortable. They’re covered in upscale leather, and the backrest itself is nicely sculpted, which provides some extra support around the shoulders. The backseat is only suitable for two adults, though, as the center seat’s hard cushioning, limited headroom and large floor hump combine to make an inhospitable spot. Heated outboard rear seats are optional.

Cargo
The trunk measures 14 cubic feet, which makes it similar in size to the Audi A8’s (14.6) but smaller than the Jaguar XJ’s (16.4), LS 460’s (18) and S-Class’ (16.3). It’s quite deep and rectangular, and there aren’t any speakers intruding from the rear deck like there are in some cars so you don’t have to worry about hitting one when shoving a piece of luggage in. The trunklid can be optionally powered, and there’s no spare tire under the cargo floor because one isn’t needed: The 750i comes standard with run-flat tires.

7 Series in the Market
There are only a few models that compete with the 7 Series in terms of prestige and performance. The XJ offers surprising performance for a large car, but its interior is snug and looks outdated. The A8 has aged fairly well, but it’s due for an update. The Lexus LS 460, meanwhile, provides much of the ambience and performance of these European steeds for thousands less — in some cases, five figures less.

In the end, though, I see the 7 Series’ primary competition being the S-Class, even though it starts around $90,000 and the 7 Series is closer to $80,000. The 7 Series does more to engage the driver than the S-Class, but if the little things I noticed while driving the car — like gas pedal lag, nonlinear brakes and drivetrain whine — are more than just quirks specific to my test car, then I can definitely see potential buyers being put off. Let’s face it: Despite all the 7 Series’ great attributes, you’re spending a lot of money when you buy a car like this. There’s no reason everything shouldn’t be just right.