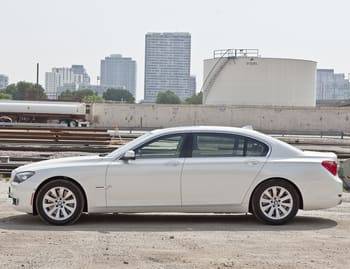 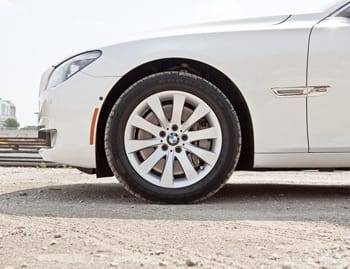 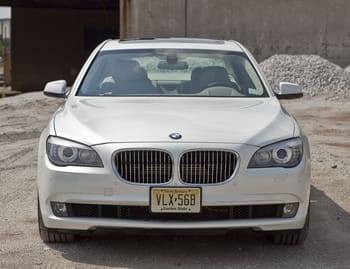 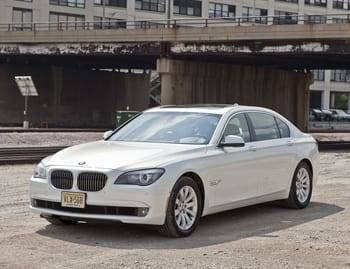 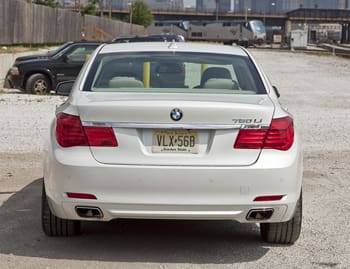 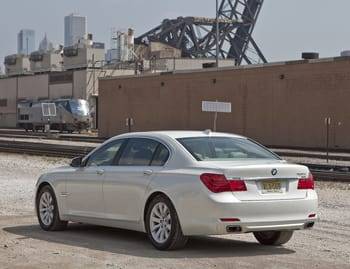 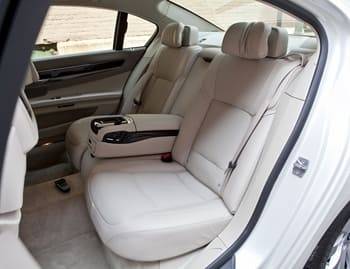 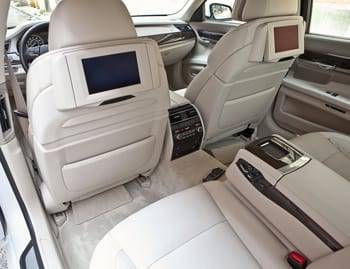 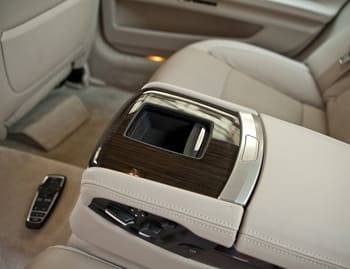 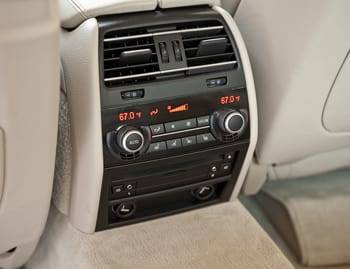 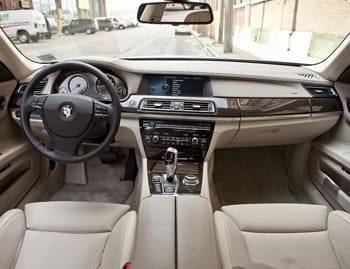 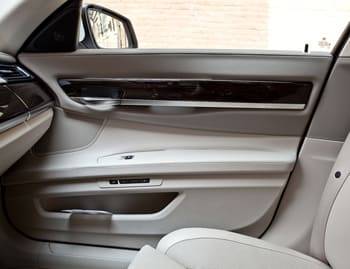 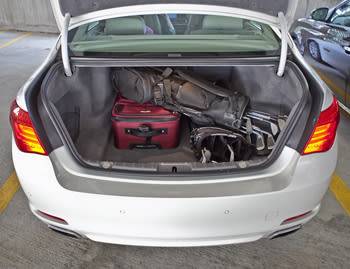 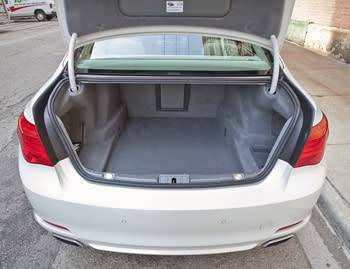 As the 2010 7 Series ebbs into the 2011 with few changes, I spent some time driving the 750Li xDrive. That’s BMW’s long-wheelbase, all-wheel-drive version of its flagship sedan.

While I was impressed with the standard-length 750i with rear-wheel drive, the 750Li’s added length and weight sapped any excitement from the driving experience.

Luckily, backseat passengers are cocooned in a level of automotive opulence you don’t routinely find under the six-figure mark.

As a person who routinely chauffeurs and rarely rides in the backseat, I couldn’t recommend any car that so heavily favors the rider instead of the driver.

What Li Gets You
I’m not sure who will be shopping for a long-wheelbase 7 Series. Overseas, they’re the executive car of choice, allowing busy CEOs a space to decompress between board meetings. Perhaps there are enough of these power brokers in the U.S. as well, because I can’t imagine any affluent parent wanting to pamper even the most spoiled child with backseat digs that are far superior to the driver’s in terms of plushness and technological gadgetry.

My test car had option packages checked off en masse. Besides the somewhat pedestrian seat-mounted dual LCD screens that can play a variety of media sources, from DVDs to iPods, there are automatic sunshades on the windows so you can watch a movie even when it’s sunny. No matter what you’re doing back there, though, the seats are what transform a ride in the 750Li into a luxurious undertaking.

Our tester had upgraded rear seats with ventilation, electronic adjustment and a massage feature. Yes, massaging seats. The giant head restraints felt softer than the four pillows I use in my bed. If I had to be chauffeured cross-country, I think I’d be just fine back there.

Driving
I’d feel a bit bad for the driver on that trip, though. While the 400-horsepower, turbocharged 4.4-liter V-8 engine is relatively sprightly in the 750i, I thought it was a bit of a laggard while towing all the additional weight that comes with the 750Li’s longer wheelbase and xDrive all-wheel-drive system hardware. All of the driving comfort Mike Hanley mentioned in his review of the 2009 750i is still there, but I found the experience a bit numbing. That may be good for some large luxury sedans, but probably not ones adorned with the letters B, M and W.

The front seats are nearly as comfortable as the rear ones, but the massage feature works just your thighs — and buttocks, I must add — to keep the driver alert.

It’s not a pleasant sensation.

Cargo
The trunk is decently sized, but not as big as you’d expect in a car this mammoth. At 14 cubic feet, it fit our department’s standard-size golf bags that we test in every car, but my personal oversized bag and modern driver (the club, not the chauffeur) wouldn’t fit lengthwise. That means most foursomes wouldn’t be able to load their gear into the 750Li. The trunk is 2.3 cubic feet smaller than the Mercedes-Benz S-Class’, and it’s a little smaller than the new Jaguar XJL’s trunk, which measures 15.2 cubic feet.

Safety
The 750Li is outfitted with a full array of airbags, including front-seat-mounted side-impact airbags, side curtain airbags for both rows, and knee airbags. The previous-generation 7 Series offered rear side-impact airbags, but this one doesn’t. It seems an oversight in a car so focused on addressing the needs of backseat passengers.

Advanced features — like adaptive cruise control with a collision warning system, blind spot detection, and even a night-vision feature — are optional.

750Li in the Market
Our 750Li’s as-tested price of $104,000 may make your eyes bulge, but the car is a luxurious limousine that’s still a sizable chunk of change less than a Bentley Continental Flying Spur, which starts at $177,600 — and it’s a lot less ostentatious to boot.