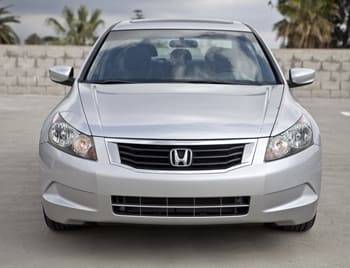 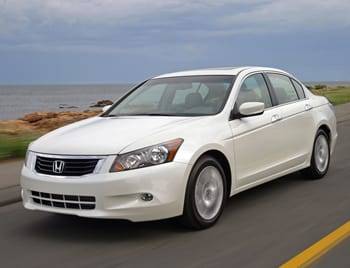 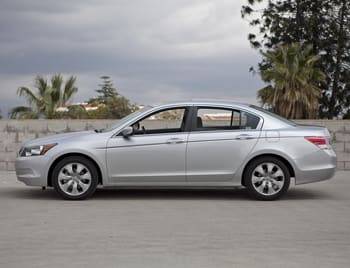 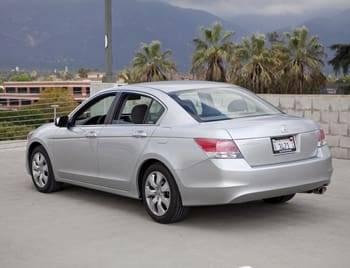 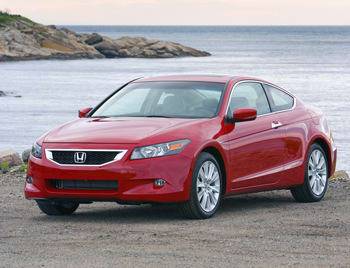 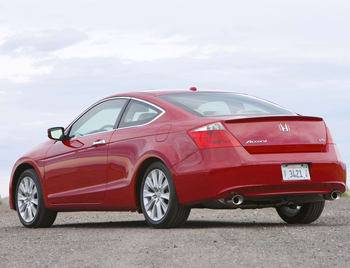 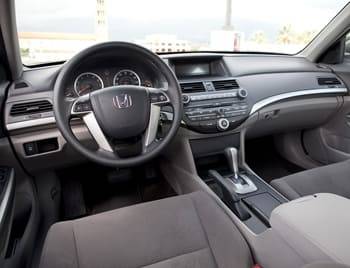 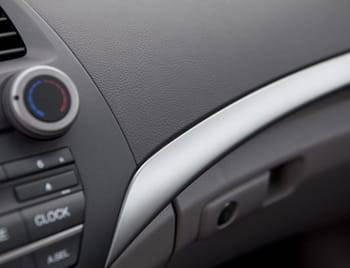 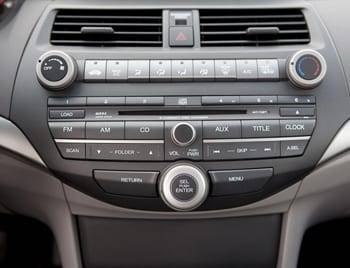 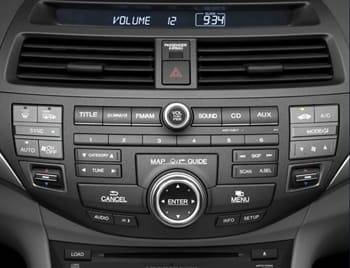 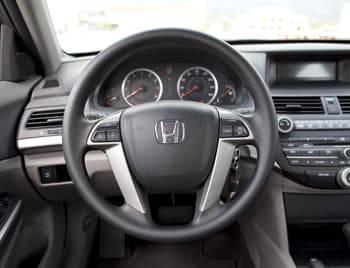 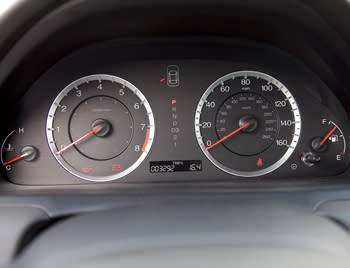 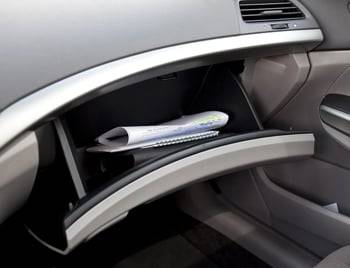 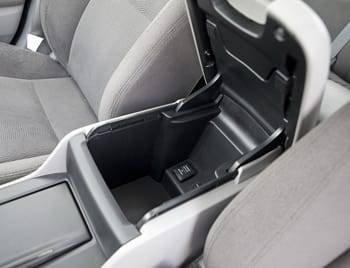 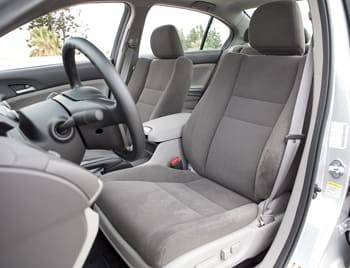 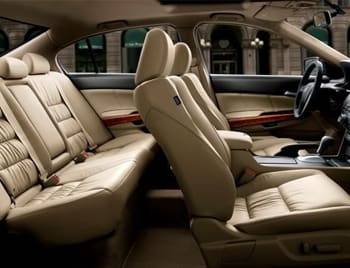 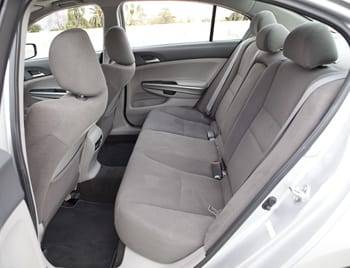 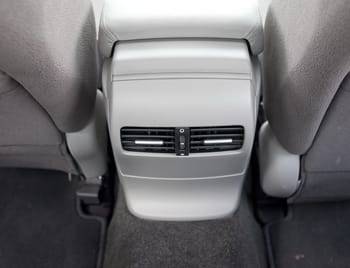 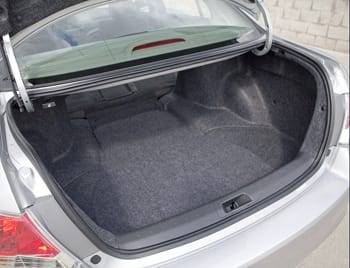 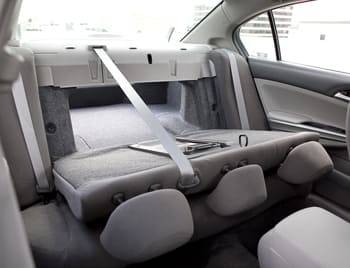 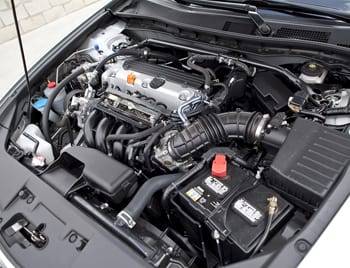 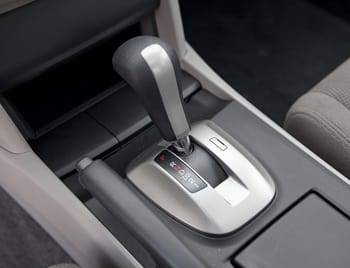 There’s little wonder that, as of this writing, the Honda Accord is second only to the Ford F-Series in U.S. sales. The current generation arrived in late 2007, and it continues to offer enough qualities to land it high on any family-car shopper’s list. Alas, not all is perfect. Honda has dropped the ball in a few areas, and it’s particularly evident when you compare our test car, a midlevel Accord EX, with what similar money buys from the competition.

Typical of a family car, the Honda Accord sedan offers a four-cylinder or V-6 engine with manual or automatic transmissions. In ascending order, trim levels are the LX, LX-P, EX and EX-L. An Accord Coupe is also available; it comes in LX-S, EX and EX-L trims. This time we tested a four-cylinder EX sedan with an automatic, but I’ve driven most other Accord variants, too.

For 2010, Honda introduced a wagon offshoot dubbed the Accord Crosstour. It’s covered separately on Cars.com; you can read our review here. Little has changed between the 2009 and 2010 Accord; compare the two here.

How It Moves
The Honda Accord’s four-cylinder makes 177 horsepower in LX and LX-P models. It’s tuned for 190 hp in EX and EX-L sedans, and in all four-cylinder Accord coupes. The differences between the engines are only apparent when merging onto the freeway or pushing the car hard on hilly terrain. With virtually identical torque, stop-and-go oomph is similar. Both are quick enough, albeit not as sprightly as a four-cylinder Nissan Altima or Suzuki Kizashi.

A five-speed manual is standard. The optional five-speed automatic upshifts smoothly, but its lower gears — particularly second — feel awfully long; this is where a six-speed automatic might come in handy. Acceleration aside, Honda’s five-speed doles out quick downshifts and generally puts you in the gear you need. I’ll take that over an indecisive transmission regardless of its gear count.

A 271-hp V6 is optional. It musters up smooth, confident passing power, but feels on the weak side of V-6 family cars. The V-6 Altima and Camry, in particular, pack more punch. At least Honda’s V-6 is efficient: With a fuel-saving cylinder deactivation system, the V6 Accord sedan gets an impressive EPA-estimated 19/29 mpg city/highway. Relative to the four-cylinder competition, the automatic four-cylinder sedan’s 21/31 mpg is less impressive. Gas mileage is the same whether you get the 177- or 190-hp four-cylinder.

All V6 Honda Accord sedans use an automatic. Performance enthusiasts might consider the coupe, which pairs the V-6 with an optional six-speed manual. The coupe’s drivetrain loses cylinder deactivation — and its resulting EPA mileage drops to 17/25 mpg — but gets a flatter torque curve for strong acceleration at any rpm. The clutch is light, and the manual shifter has crisp, short throws, which you wouldn’t expect given its tall height. On the whole, the setup does a lot to unlock the engine’s potential.

Ride, Handling & Braking
Though softer than preceding generations, the current Honda Accord still rides on the firm side for a family sedan. The suspension feels more controlled over major bumps than does the Altima’s suspension — which has all the cushioning of a $199 mattress — but sections of uneven highway still find their way subtly to your backside, and most bumps are met by loud suspension responses. The Ford Fusion has a similar ride character; the 2011 Hyundai Sonata is a bit better. If ride comfort is No. 1 in your book, check out a Chevy Malibu or Camry; both are still tops in that regard.

On the other hand, the Honda Accord has always been one of the more engaging family cars to drive. Some may find the steering wheel takes considerable effort to turn at low speeds — though I’ve found it lighter in LX and LX-P trims — but on curvy roads it offers quick precision and little vagueness. At highway speeds, the steering wheel’s hefty weight still impresses; conversely, road noise from the 17-inch tires on most trims might have you cranking the stereo a bit louder.

Four-wheel-disc antilock brakes are standard. The pedal delivers a confident, linear sensation that makes it easy to fine-tune your stops.

Cabin Quality
Two things stand out about the cabin. One, it’s big. The Honda Accord’s interior volume ranks it in the EPA’s full-size category, and it shows. Headroom and legroom up front are abundant; the gearshift sits low, and there’s enough room sculpted out around it for your knees to go where they may. Equally impressive is the backseat — there’s room to stretch out, and the seat is large enough and high enough for adults to have ample thigh support. Too many competing backseats have one but not the other.

The second thing: The cabin isn’t as upscale as it used to be. Our test car’s cloth upholstery felt threadbare. Some may find the seats too firm, and I wanted less lumbar support even when it was dialed all the way back. The silver trim looks flat and plasticky, particularly compared with the trim used by competitors from Hyundai to Nissan. The doors in our test car had embarrassingly cheap molded plastic inserts; cloth inserts appear to have fallen victim to the cost-cutting ogre. So have chrome door handles, which were once a Honda staple. The old Accord had near-Volkswagen levels of cabin quality. Honda needs to find those glory days again.

In contrast to the cloth, EX-L models have a nice grade of leather, as well as heated seats and dual-zone automatic climate control. A navigation system is optional; it’s easy enough to use, but the low-resolution graphics are due for an update.

Trunk volume, at 14 cubic feet, is at the low end for this segment. The Camry and Altima both have about 15 cubic feet; the Fusion and Mazda6 have more than 16. The Accord’s backseat further complicates things: It folds in a single piece, rather than the 60/40 split most competing backseats offer, and the resulting opening is small. You won’t be able to accommodate lengthy cargo and a rear passenger, unless your cargo fits through the sedan’s center pass-through. The Accord coupe has a folding seat but doesn’t get the pass-through.

Safety, Reliability & Features
The Accord sedan earned the top score, Good, in frontal-, side- and rear-impact crash tests by the Insurance Institute for Highway Safety. It scored Acceptable in IIHS’ new roof-crush test. The Accord coupe has not been tested, and its structure is different enough that the sedan’s results don’t apply. Standard safety features on both models include six airbags, active head restraints, antilock brakes and an electronic stability system. Click here for a full list.

Now in its third year on the market, reliability for the current-generation Accord has been decent. What’s more, ALG pegs the Accord sedan’s three-year residual value at 51 to 57 percent, depending on trim. That puts Honda in the company of the Mazda6 for class-leading resale value.

The Honda Accord sedan starts at $21,055 — on the higher side for starting prices in this league. Standard features include the usual power accessories, remote keyless entry, A/C, cruise control and steering-wheel audio controls. The Accord coupe starts at $22,555; it adds alloy wheels. On four-cylinder models, the automatic transmission runs an affordable $800. Move up the trim levels and you can get heated leather seats, a moonroof, a navigation system and power front seats. One issue: Although the CD stereo has a standard auxiliary MP3 jack, Honda offers no factory USB/iPod port.

Accord in the Market
Through February, the Honda Accord has leapfrogged the Camry in sales, and Toyota’s recall stumble could leave the Camry playing second fiddle for some time. (Or third fiddle. The Altima has also overtaken it.) Honda’s best-seller isn’t perfect. Competitors have long offered better value, and now some have better quality, too. But the market is telling, and the Accord still wins the big strokes: resale value, reliability and roominess. For now, its popularity remains deserved.