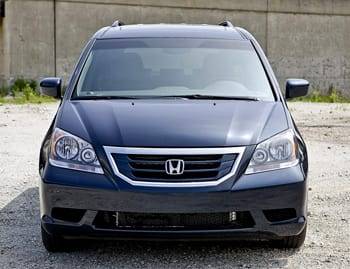 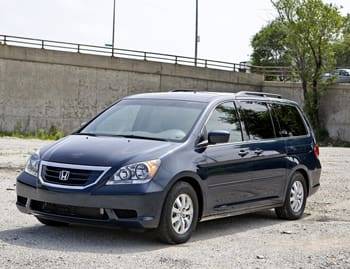 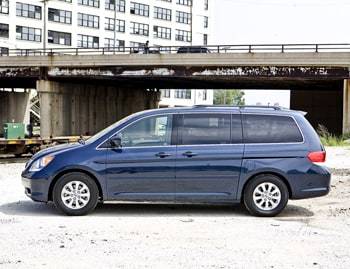 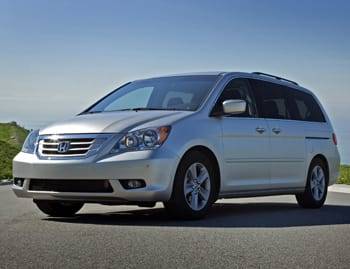 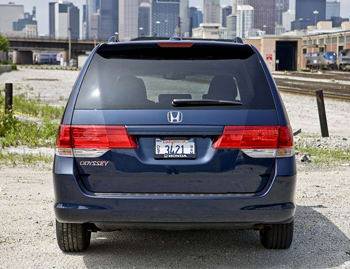 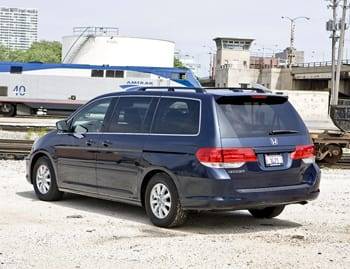 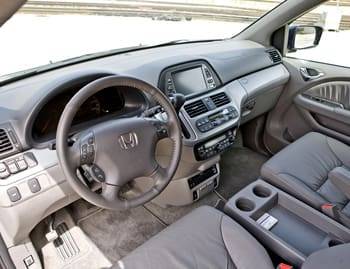 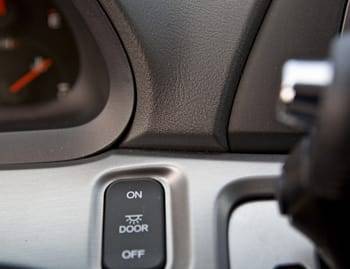 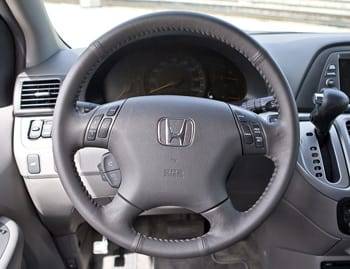 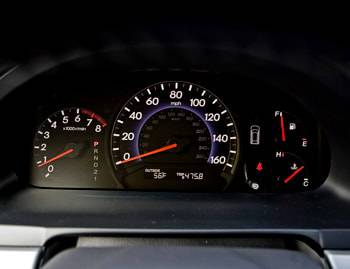 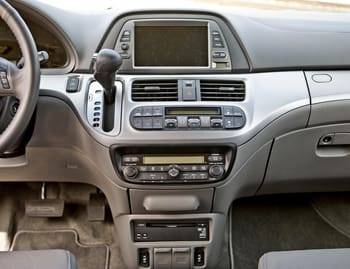 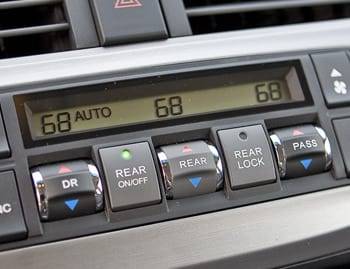 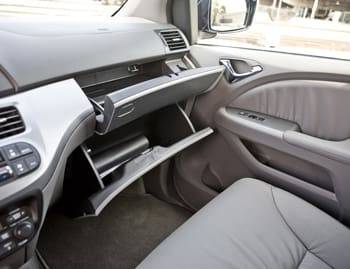 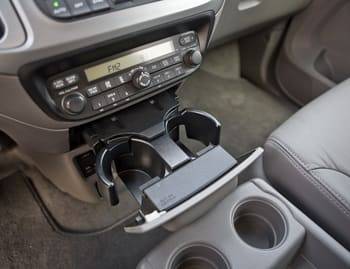 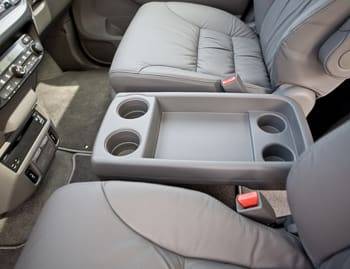 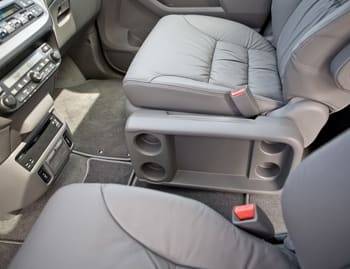 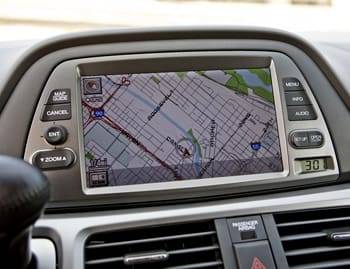 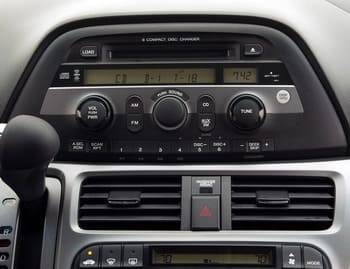 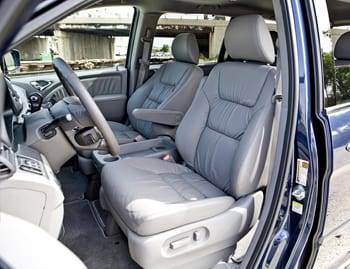 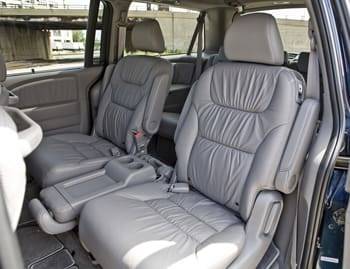 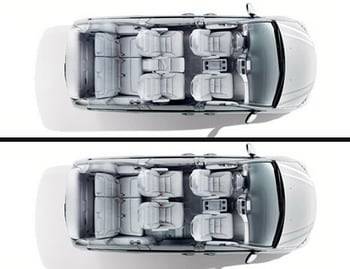 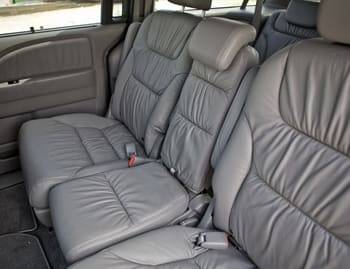 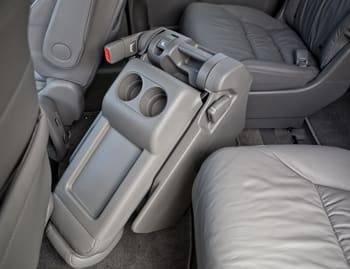 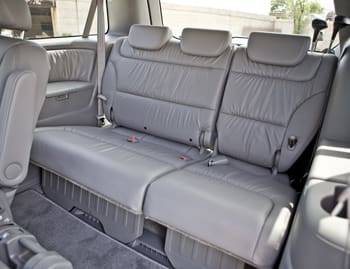 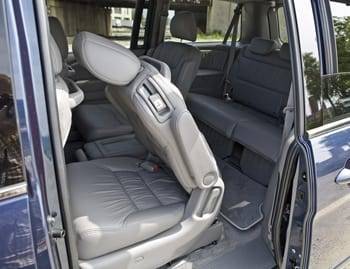 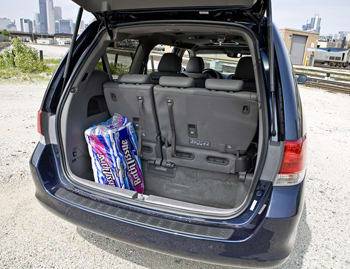 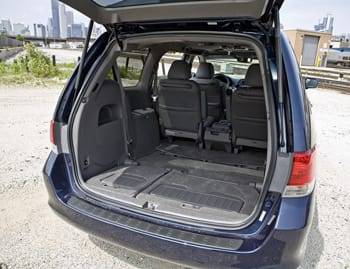 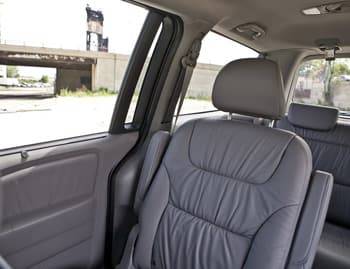 1/28
Nothing to see here: The Odyssey looks like a conventional minivan. For the 2008 model year, the automaker revised the grille with a six-sided frame, much like the redesigned Accord&#39;s.

Editor’s note: This review was written in July 2009 about the 2009 Honda Odyssey. Little of substance has changed with this year’s model. To see what’s new for 2010, click here, or check out a side-by-side comparison of the two model years.

The Honda Odyssey, one of America’s best-selling minivans, has all the patent strengths a kid-hauler should have: roominess, safety, reliability and decent fuel efficiency. It’s even a bit of fun to drive, though at some point either you or your spouse will likely complain about its firm ride. I also wish Honda would learn a thing or two from Chrysler and make its features more user-friendly.

The current generation has been around since the 2005 model year, and it got a modest freshening for 2008. There are minimal changes for the 2009 version, which you can compare with the ’08 here. In ascending order, trim levels include the LX, EX, EX-L and Touring. I drove an Odyssey EX-L.

The Inside
Minivan interiors have cleaned up nicely these days, and the Odyssey ranks among the best. Even five years into this generation, the overall design still feels contemporary. Its dashboard has sharp-looking gauges and attractive low-gloss plastics. The buttons, dials and stalks operate free of sloppy wriggles. The Toyota Sienna may have richer materials, but its dash looks like it was designed five years ago. Chrysler’s minivans — the Chrysler Town & Country and Dodge Grand Caravan — have a more contemporary layout but the quality of the controls is nowhere near as upscale. The Kia Sedona is mediocre in both areas. I’m calling a winner: The Odyssey serves up the best combination of style and quality.

Unfortunately, functionality doesn’t rank as high. Temperature knobs for the automatic climate control, something the Chrysler twins use, would be easier to operate than the Odyssey’s rocker switches — especially when the yowling kids in back want it cold, now. The center console comprises a flip-down tray with molded cupholders. It’s easy enough to leave a purse or briefcase on the floor, or to convert the area to a pass-through, but the Sienna and Chrysler vans offer enclosed consoles that can better accommodate assortments of smaller items. To lock up the car via the key fob, you have to wait for the second-row sliding doors — power-operated on most trim levels — to latch shut. Chrysler’s vans can be locked while its doors are still motoring shut. The Odyssey’s optional moonroof lacks one-touch express operation, something most competitors offer. The rear-quarter windows don’t open. Annoyances, annoyances.

Seating & Cargo
You don’t buy a minivan unless you plan to stuff it with people or cargo at some point. The Odyssey accommodates such exercises well, with adult-friendly room in the second and third rows. As in many minivans, the second-row seats — two across in the Odyssey LX, three across in other trims — recline and adjust forward and back. They slide forward to make it easier to get into the third row, which is easier than tumbling the seats in the Sienna or in Chrysler’s minivan twins. Being minivans, all of them can be configured to have an aisle down the center for third-row access.

Storage room is plentiful, but the execution is imperfect. The second-row captain’s chairs can be folded or removed, but they don’t fold completely into the floor like Chrysler’s Stow ‘n Go seats. (Of course, Stow ‘n Go isn’t all roses; in order to make them foldable into the floor, the seats have all the comfort of old lawn chairs.) In back, Honda’s venerable third-row Magic Seat folds completely into a storage well to create a flat load floor. It’s manageable enough, but most people will need two hands to make it happen. The Toyota Sienna’s third row can be moved with just one hand, and both the Sienna and Town & Country offer a motorized third row that folds into the floor with the touch of a button — a one-fingered process.

Behind the third row is 38.4 cubic feet. Fold it down and remove the second-row chairs, and cargo volume expands to 147.4 cubic feet — near the top of this segment. Also worth noting is that minivans can’t be beat for space efficiency: In comparison, a three-row Toyota Highlander crossover offers 95.4 cubic feet. The full-size Chevy Suburban SUV, some 20 inches longer than the Odyssey, tops out at 137.4 cubic feet.

Here’s how the Odyssey compares with other minivans:

On the Road
The Odyssey is more fun to drive than most minivans, but that’s not because of its acceleration. Honda’s widely used 3.5-liter V-6 provides enough oomph around town, but it falls short of Chrysler’s 4.0-liter Town & Country and Toyota’s fleet-footed Sienna. (The Kia Sedona, which I reviewed last fall, lumbers roughly apace with Honda.)

What’s more, Honda’s automatic transmissions are an inconsistent bunch. Some are remarkably responsive; the Odyssey’s, unfortunately, is not. It finds the right gear to power through a corner or get back up to cruising speed faster than the Sedona’s slow-witted automatic, but on the highway it takes too long to kick down. Both the Sienna’s and Town & Country’s automatics feel more responsive.

Characteristic of Honda, ride quality is a bit firm. Some, I suspect, will find it uncomfortably so. At higher speeds, wind noise is contained, but road noise can encroach. My test car had 16-inch wheels, too; the Odyssey Touring swaps them for 17-inchers and lower-profile tires, which may worsen ride quality.

The Sienna has a more forgiving ride, and it’s quieter on all fronts. Chrysler’s minivans ride softer, too, but all the ones I’ve tested have exhibited a bad case of the creaks. The Odyssey’s payoff comes in handling: The steering wheel exhibits the sort of turn-in precision no minivan deserves to have, and the minivan’s resistance to body roll is admirable. It feels planted on the road, and if soccer practice is at the park down a curvy mountain road, the Odyssey is what you want. The steering wheel’s 36.7-foot turning circle is best-in-class. In comparison, a Honda Accord sedan requires 37.7 feet to turn.

Gas mileage, at 16/23 mpg city/highway for the LX and EX, is among the worst for minivans. EX-L and Touring versions get a cylinder-deactivation system that shuts down three or four of the six cylinders in certain conditions to save gas. It bumps mileage up to 17/25 mpg, competitive with the best minivans, but, again, you’ll have to buy a more expensive trim to get it.

Safety, Reliability & Pricing
With top scores of Good in front, side and rear crash tests, the Odyssey earns Top Safety Pick status from the Insurance Institute for Highway Safety. (The Kia Sedona is the only major competitor to get this award.) Standard safety features include three-row side curtain airbags, antilock brakes and an electronic stability system. Click here to see the full list. If you’re stuck on kiddie-carpool duty, Honda has two pairs of Latch child-seat anchors in the second row and a third in the center position for the third row.

Reliability reports for the current generation have been good thus far, with a predicted better than average score for the 2009 model from Consumer Reports. That ties CR’s grade for the Sienna and beats the Sedona and Chrysler twins — by a wide margin, in the case of the Chryslers.

The Odyssey LX starts at $26,355, about even with the Town & Country and a couple grand more than the other minivans for similar configurations. Standard features include a CD stereo with an MP3 jack, air conditioning and cruise control. The Odyssey EX ($29,455) adds power sliding doors, a power driver’s seat and tri-zone automatic climate control, while the EX-L ($33,155) has heated leather seats, a power passenger seat, a moonroof and a power tailgate. The $40,505 Odyssey Touring is loaded to the gunwales with a flip-down DVD unit, navigation system, backup camera, larger wheels and fog lights. Many of those items are optional on the EX-L.

Odyssey in the Market
Families will continue to buy the Odyssey for a lot of responsible reasons. Come the next redesign, though, a softer suspension and some easier-to-use features could go a long way in broadening the Odyssey’s appeal. In a sagging segment that’s losing buyers by the crossover-load, that may prove more important than ever.