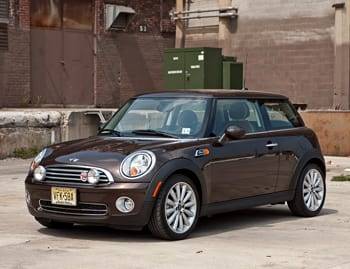 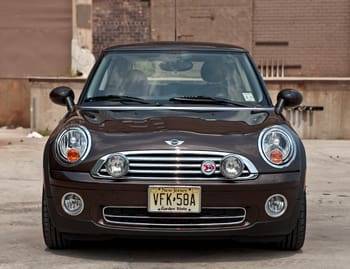 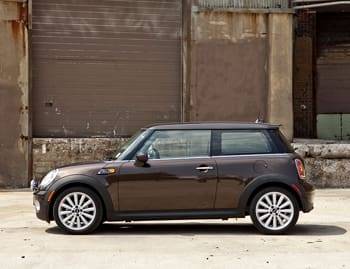 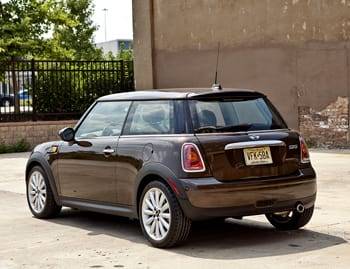 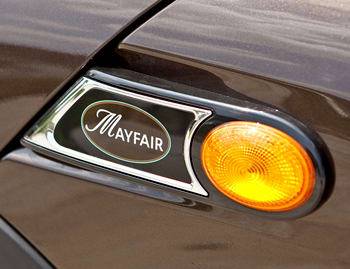 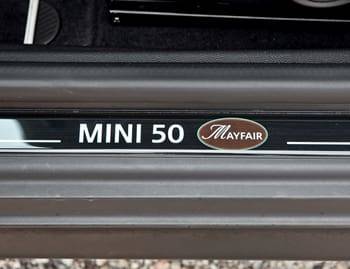 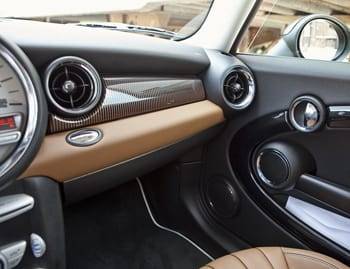 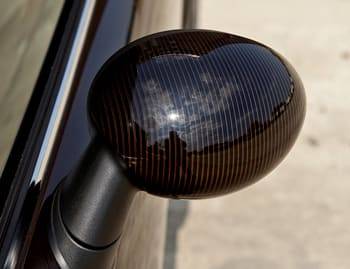 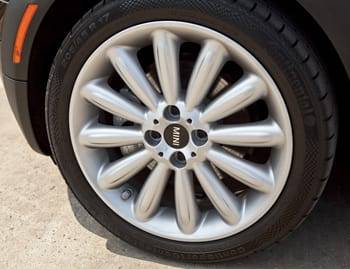 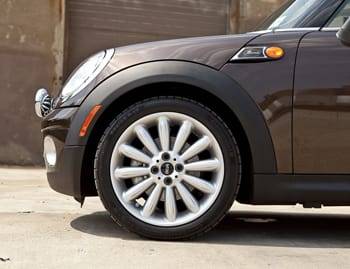 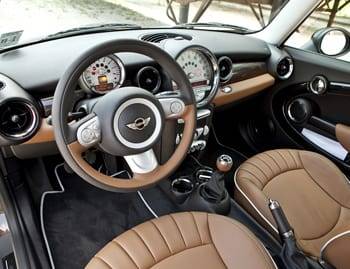 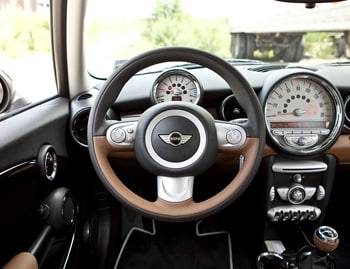 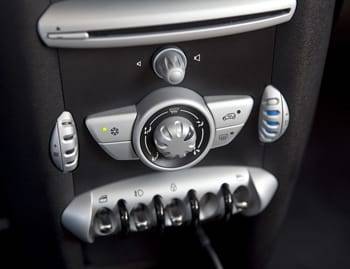 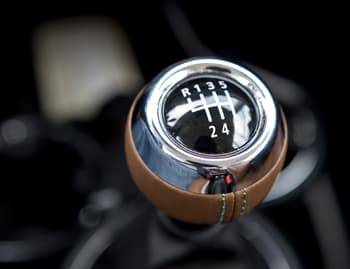 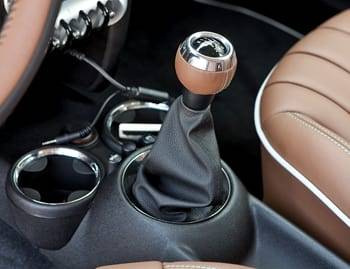 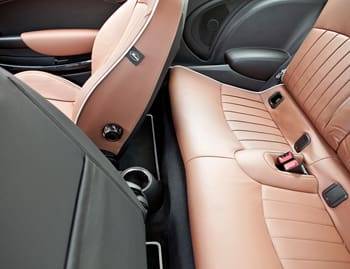 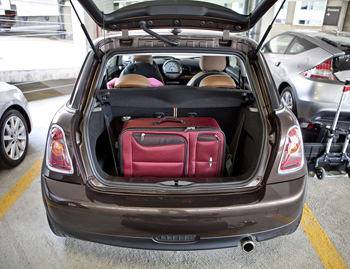 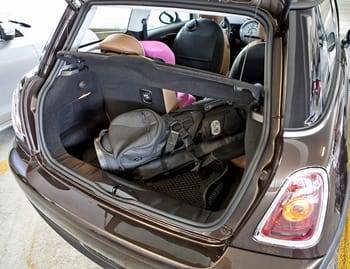 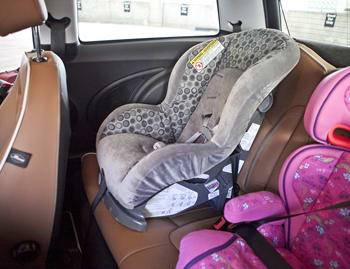 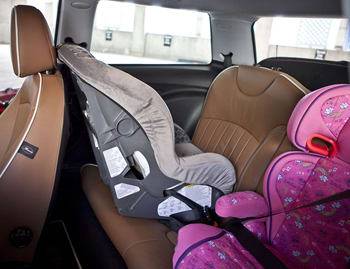 You’d have to be a pretty cold person to drive a Mini without smiling at least a little bit. I’ve driven the Cooper on a racetrack, in the city and on long highway trips, and I now understand why people like their Minis so much: These cars remind you how fun driving can be. While the Mini Cooper is a blast to drive, in some ways it’s also a pain to live with.

That said, Mini could be trying to make itself easier to live with. It offers a broad range of cars, including the (base) Cooper that I tested, a higher-performance Cooper S, and a fire-breathing John Cooper Works version. In addition, Mini sells a Mini Cooper Clubman and a Mini Cooper S Clubman (a longer version of the Cooper and Cooper S), and it will soon start selling a small crossover called the Countryman. All of these models share the same styling that makes the Cooper, well, frankly kind of cute.

Driving
Some might argue that cute styling is the best part of the Cooper, but for me it’s all about the driving. I’ve been in many cars faster than the Mini Cooper, but the Cooper is the rare car that always feels like it’s going fast. I feel like I’m zipping away from traffic lights, screaming through turns, and darting in and out of traffic, even though my rational brain knows I don’t drive that way.

A big reason for this is the Cooper’s responsive steering, combined with a smaller-than-average steering wheel. It’s not a twitchy car to drive, and you don’t have any lag between when you tell the car to turn and it turning.

With the manual transmission, you get an immediate response pulling away from stoplights and when passing in traffic. (Coopers also have a standard Sport mode that, when selected, sharpens the steering and throttle response. I tested it out, and it works as advertised — although most of the time I didn’t feel like I really needed it.)

The suspension is well-tuned for performance. If there’s body roll in the Cooper, I didn’t sense it. It’s exactly what you want in a sporty car; for my money, the Cooper is one of the best-handling cars out there.

When I drive the Cooper at speed on a racetrack, I feel confident that it isn’t going to surprise me. I always get enough feedback from the steering to know what’s going on, and I feel like the car isn’t going to snap away from me. I generally don’t enjoy driving really fast, so me saying that is strong praise.

Of course, there is a downside, and it’s that the base Cooper beats you up on long highway drives over less-than-perfect roads.

A lot of sports cars do that, but it’s particularly noticeable in the Cooper. Even though I expected a rough ride – because of the Cooper’s short wheelbase and the fact that it’s a sporty car — I was still surprised at just how jarring the Cooper could be. It’s the only car I’ve tested in which, after hitting a bump at highway speeds, the head restraint smacked me in the back of the head. The Cooper S comes with an even firmer suspension, so it certainly can’t be any better.

What bugged me most was hitting a bump in a turn while traveling at highway speeds — I felt like the car was hopping in the air, with all four wheels off the ground. Not good. Also, hitting expansion joints at highway speeds gave me the impression the car was bucking like a rocking horse.

It didn’t help that our Mini had optional 17-inch wheels in place of the standard 15-inchers; that can make for a rougher ride. Make sure to drive on rough pavement at highway speeds in a car with the size of wheel you intend to buy. Perhaps the jostling won’t bug you. As it was, the ride was enough to make me question the car’s suitability as a daily driver — at least with these wheels.

While I’m willing to concede that ride quality is a subjective matter — and that swapping the wheels might help — one thing I absolutely hated was the stick shift’s atrocious Reverse gear selection. Mini says you must “overcome slight resistance” to shift the lever into Reverse. I’d put it this way: Shove the lever over to the left, even though it feels like you’re going to break something, then shove it up, and you’re in Reverse.

Two years ago, I dislocated my shoulder — popped my arm right out of its socket. It felt like I was doing the same thing to the Cooper’s gearbox every time I selected Reverse. Some BMWs have a similar Reverse gear setup, and I think it stinks on those cars, too.

Special Editions, Appearance
If the Reverse gear is a dumb thing Mini has done, one of the smartest things it’s done is offer special editions or unique colors that are only available for a year or two. That way, you can buy a Cooper that isn’t the same as your neighbor’s without Mini having to retool the factory. It’s an easy way to keep the lineup fresh without really changing the car.

Our test model had one of those special edition packages — the Mayfair Package. It clocks in at $4,500 and includes a rear spoiler; sport seats; front fog and driving lamps; Mini’s Dynamic Traction Control with Electronic Differential Lock Control (which allows for less-intrusive traction control); 17-inch wheels; and exclusive mirror caps, doorsill plates, floormats and chromed interior and exterior pieces.

It’s a good-looking package. It does limit your exterior color choices to Pepper White (light brown), Hot Chocolate (our test model) and Midnight Black, but I think the Mini looks quite good in those shades.

Also, Mini is refreshing the Cooper for 2011: The front and back get new bumpers and taillights, plus larger fog lights with a new placement. Inside, the silver-colored plastic trim pieces will change to matte black. For more on the changes, check out our blog, KickingTires.

Interior, Appearance
As much as I like most of the Mayfair Package additions, I have to call out the seats. If this is Mini’s idea of a sport seat, I’m afraid it’s mistaken as to what’s required. The best sport seats I’ve driven are snug across your torso and offer plenty of support for your thighs. You should feel like you’re being held in the seat, and I never got that sensation in the Mini. I’d be disappointed if I paid extra for sport seats and this is what I got.

That’s not to say the Mini has an uncomfortable driving position by any means. It’s actually quite good; you can sit upright (or recline, if you wish) and, despite it being a small car, I was able to fit comfortably and I’m not a short dude. I just don’t think the sport seats are supportive enough to be worth the extra money.

Moving from the front seats to the rear is kind of funny, because there’s just no legroom back there, period. I’ve ridden in the back of a Mini for a short distance, and I wouldn’t recommend it — even if I weren’t more than 6 feet tall. It’s not something any adult should do.

The overall quality of the interior is good. The steering wheel and gearshift feel solid, and that’s what you want. The toggle switches that control windows and the like are also good. My only issues were with the cheap plastic radio knobs. They seemed out of place in an otherwise well-done interior.

A final issue I had with the Cooper was visibility out the front of the car. Unless you ratchet the seat down low, the rearview mirror takes up a lot of space in the small windshield and blocks your view. Also, every time I pulled up to the stop line at an intersection, I couldn’t see the stoplight without lowering my head. Along with the ride, this was something I tired of pretty quickly.

Safety, Reliability, Mileage
In Insurance Institute for Highway Safety tests, the Mini Cooper earned the highest rating, Good, in frontal-offset tests; Acceptable — the next highest rating — in side-impact tests; and Acceptable in roof-strength tests. Finally, 2009-10 Coopers with sport seats get a Good rating for rear crash protection. (Seat design dictates rear crash protection, and only the sport seats have been tested at this time.)

The Cooper is predicted to have worse than average reliability. It’s rated at 28/37 mpg city/highway with the manual transmission and 25/33 mpg with the automatic. Premium gas is recommended.

Mini Cooper in the Market
The Mini is one of a few impractical, fun cars on the market. Other examples include the Volvo C30 and Volkswagen GTI. The Cooper’s ride doesn’t compare favorably with those cars, especially when equipped with the larger wheels, but in terms of interior quality and style it more than holds its own.

What really sets the Mini apart from its competitors is that it’s the most viscerally fun to drive. You always feel like you’re moving quickly, even if you’re not. It handles so well and is so predictable and forgiving that you want to toss it into every turn, even if that’s not your driving style.

If you’re considering a car as a plaything, you’re not troubled by its predicted reliability scores and you’re not looking to drive it across the country, the Cooper is one car you really should check out.