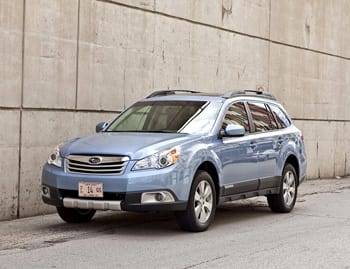 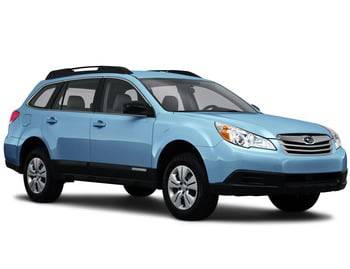 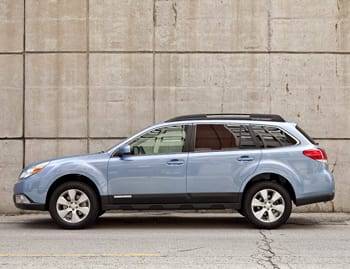 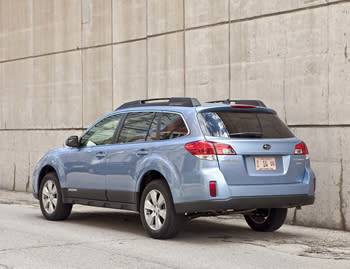 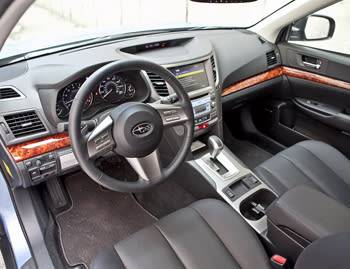 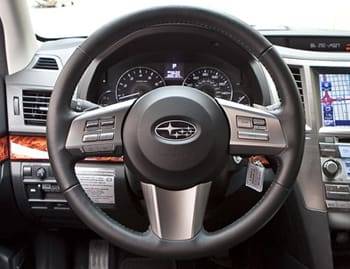 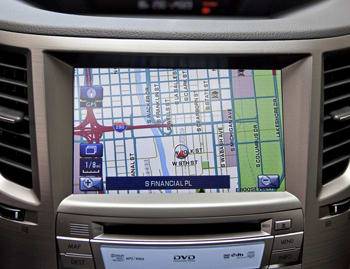 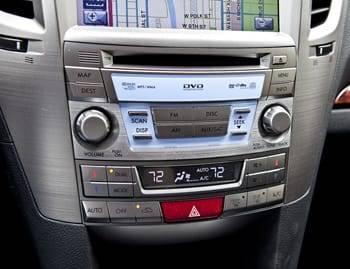 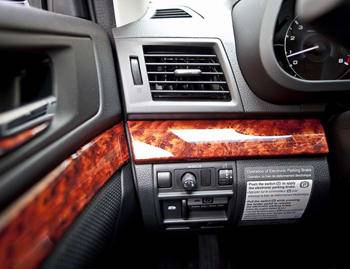 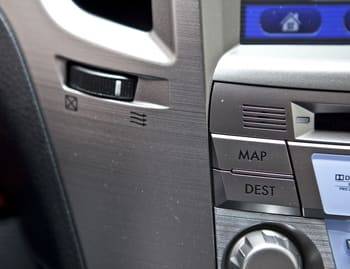 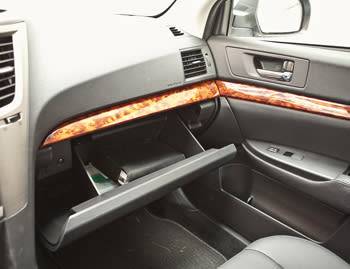 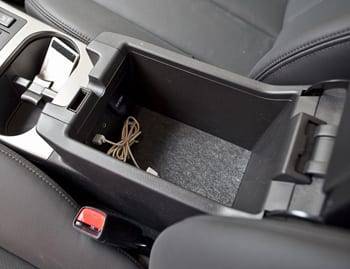 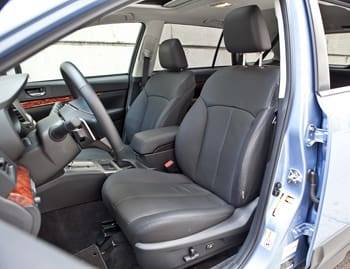 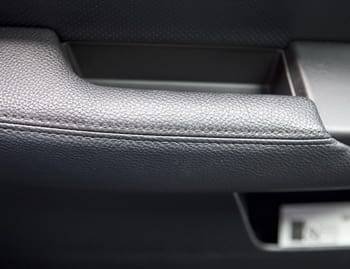 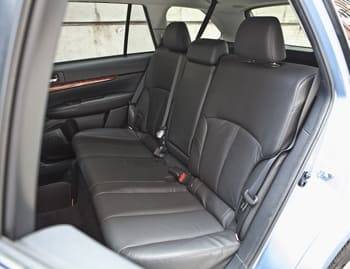 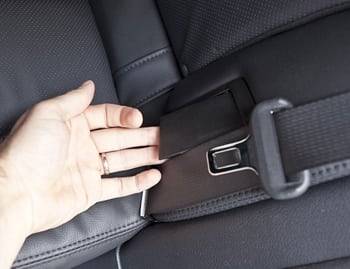 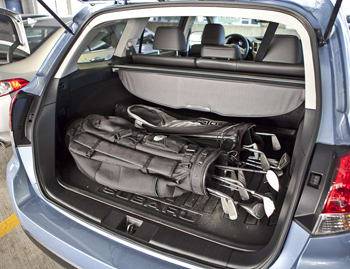 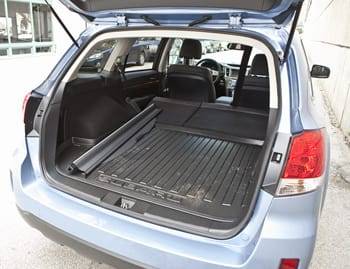 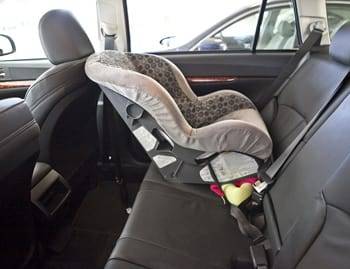 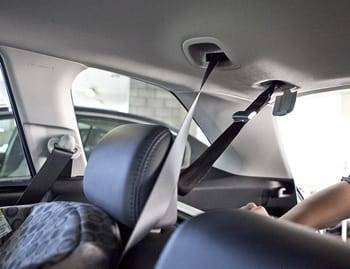 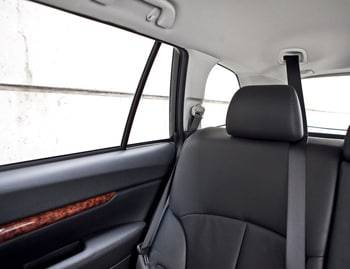 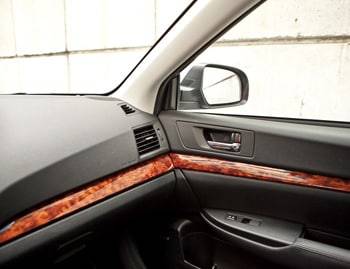 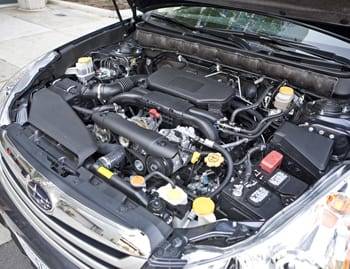 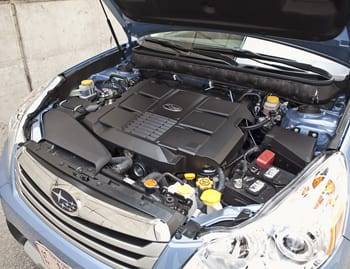 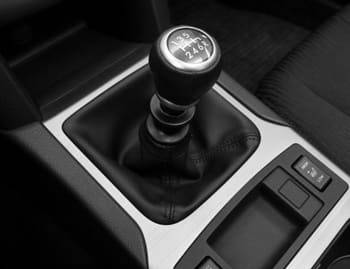 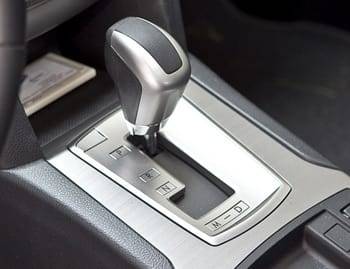 Somewhere amid the parade of crossovers and wagon-like vehicles is the Subaru Outback. Once merely a version of the Legacy wagon, which has since been discontinued, it’s now a household name among family-car shoppers. Indeed, a year after its redesign, the Outback has sold more than the body-type competitors Toyota Venza and Honda Accord Crosstour combined.

Trim levels include the four-cylinder Subaru Outback 2.5i and six-cylinder Outback 3.6R, each of which come in three versions: base, Premium and Limited (compare them here). As with all Subarus, all-wheel drive is standard. The Outback was redesigned for 2010; you can compare that version with the 2011 Outback here. We evaluated the four-cylinder Outback last year; this time around we tested a six-cylinder Subaru Outback 3.6R Limited.

Quick With the Six

The Subaru Outback’s base engine — a 170-horsepower four-cylinder — delivers leisurely acceleration, in large part because of a continuously variable automatic transmission that’s in no hurry to respond to your right foot. (A six-speed manual is standard, but we haven’t tested it.) Loaded with passengers, the four-cylinder drivetrain requires patience reaching highway speeds, and it strains to keep up under hard acceleration.

Employing a car-based four-wheel-independent suspension since its mid-1990s inception, the Outback displays admirable ride quality. It soaks up bumps with little driver disturbance but maintains good control over stretches of broken pavement. Rough pavement can stunt a soft-riding car’s reflexes and leave it bobbing up and down, but the Outback suffers little of that.

Find a winding road, however, and the Subaru Outback handles well. The steering has good turn-in precision and little midcorner sloppiness. The nose pushes wide in hard corners, exacerbated by our tester’s all-season Continental ContiProContact tires, which didn’t offer much grip. Stomp hard on the gas coming out of a sweeping corner, though, and you can swing the tail out eventually. Credit the standard all-wheel drive, whose power distribution skews slightly rearward in six-cylinder Outbacks. All automatic Outbacks distribute power between the axles electronically; the manual Subaru Outback uses a simpler viscous coupling that’s less proactive in doling out power when the wheels start to slip. Still, both systems distribute constant power to each axle. Many on-demand systems send power rearward only when a drive wheel begins to slip; some allow you to enforce a 50/50 split via a locking center differential. We’ve driven previous Subaru Outbacks on trails, and the AWD — along with an impressive 8.7 inches of ground clearance — make for better capability than you’d expect in a crossover.

Roomier by almost 10 percent, the Subaru Outback’s cabin addresses some of its predecessor’s biggest issues — namely, backseat room. There’s plenty of it now, and abundant headroom, too. The front seats could use longer seat cushions for better thigh support, and drivers over 6 feet tall will want to be able to move the seat farther back. (I’m 5-foot-11, and I drove with the seat all the way back.)

The prior Subaru Outback had above-average reliability, but the new one hasn’t been on the market long enough to gauge. In crash tests by the Insurance Institute for Highway Safety, the Outback received the highest score, Good, in front, rear, side-impact and roof-crush tests. The current generation is an IIHS Top Safety Pick — which is no easy feat these days, given IIHS’ addition of roof-crush tests. Standard features include six airbags, antilock brakes and an electronic stability system. Click here for a full list of safety features.

Outback in the Market

Utility and crossovers go hand-in-hand, and the Outback comes up strong on all the basics. Like every Subaru, its success will be limited by the automaker’s insistence on standard AWD, which typically raises prices and lowers gas mileage — great in Maine, not so much in Mississippi.

More than other carmakers, Subaru has managed to lessen the sting in both price and mileage, and nowhere is that more apparent than in the Outback: It boasts competitive mileage and a lower starting price than much of the front-drive competition. Add to that Subaru’s loyal owner base, and the Subaru Outback’s future looks bright.