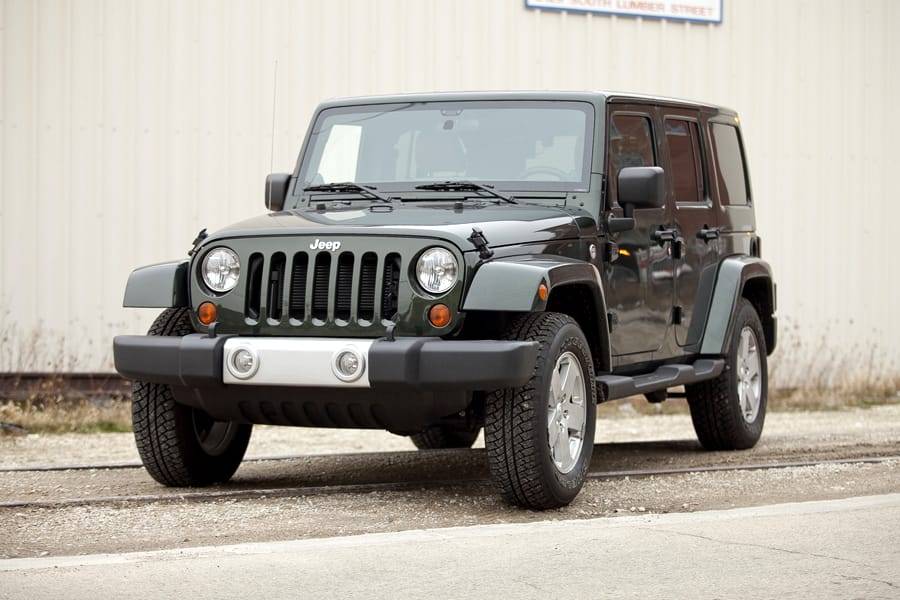 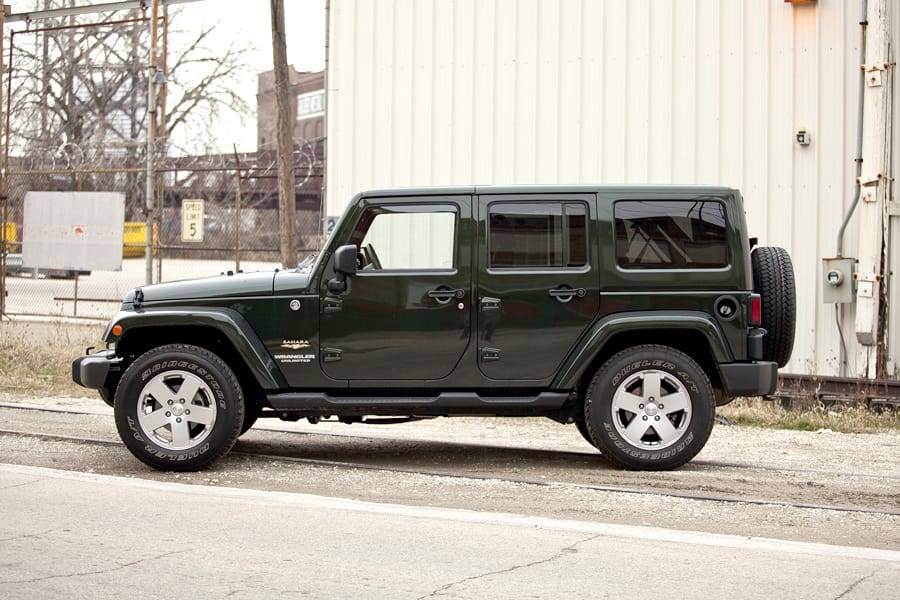 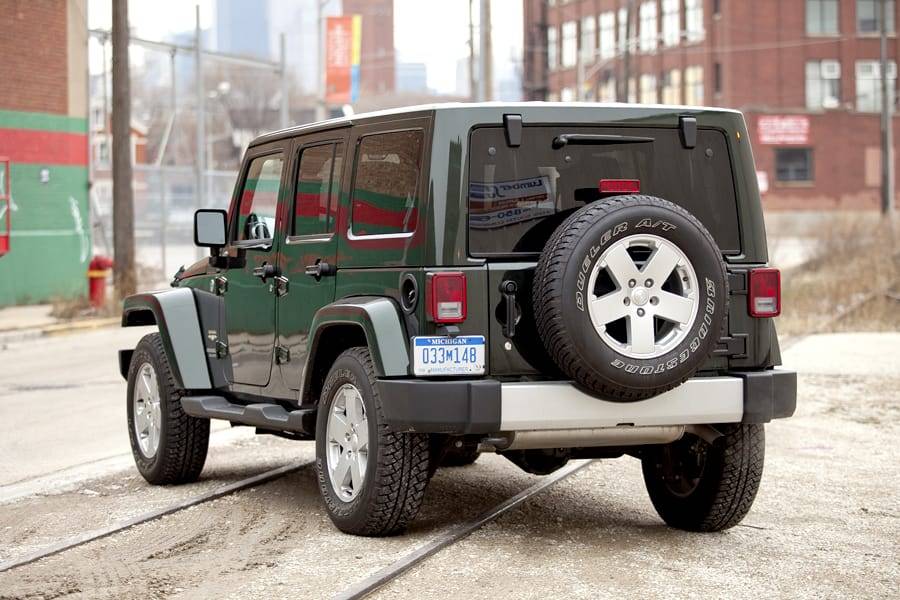 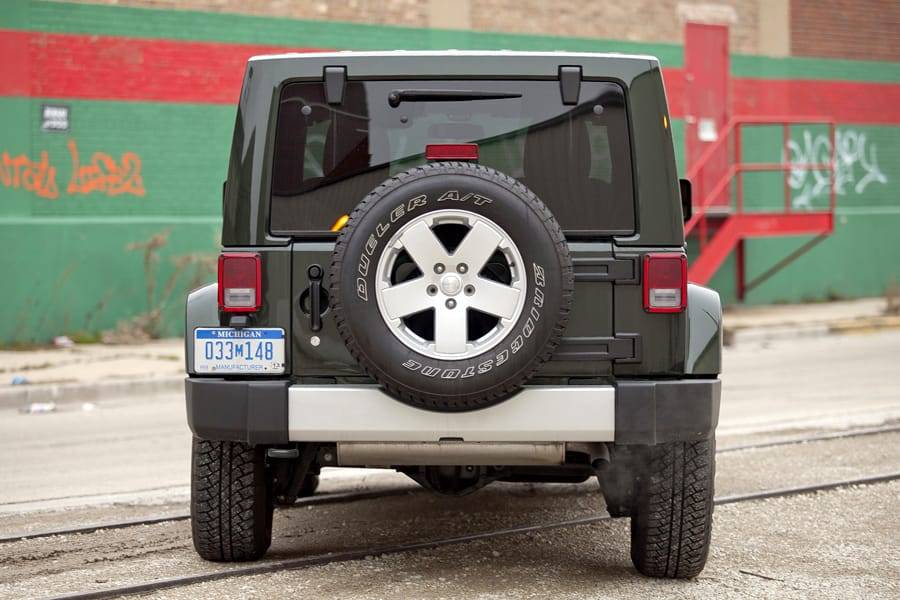 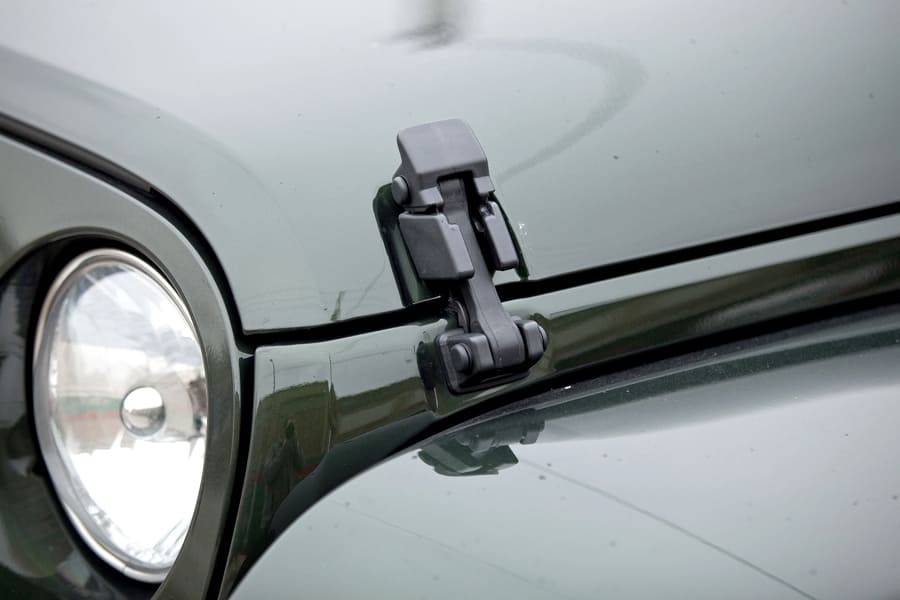 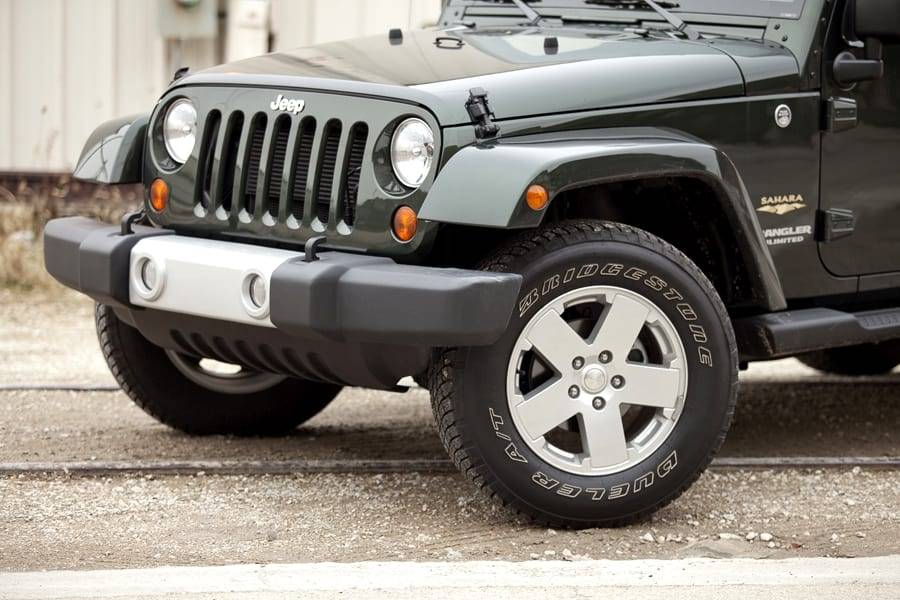 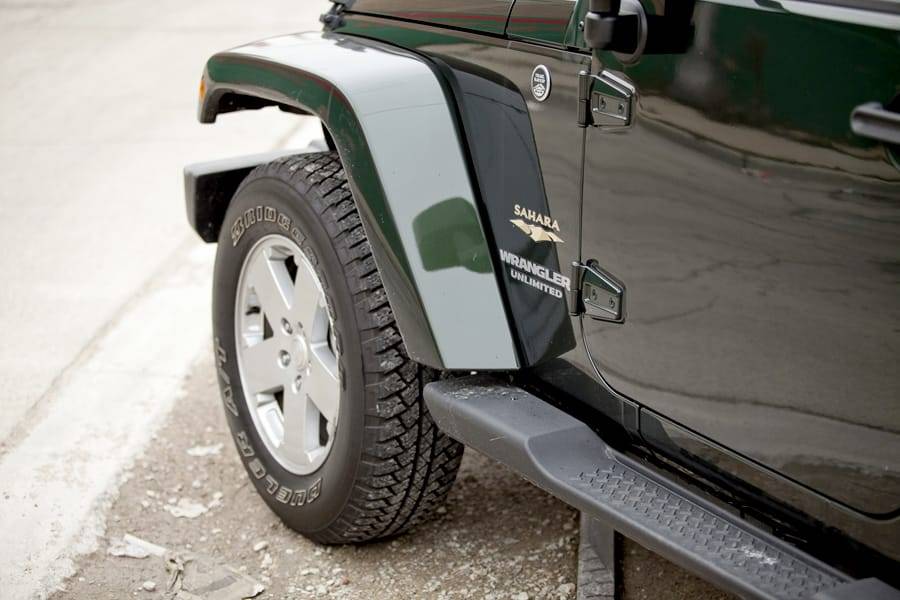 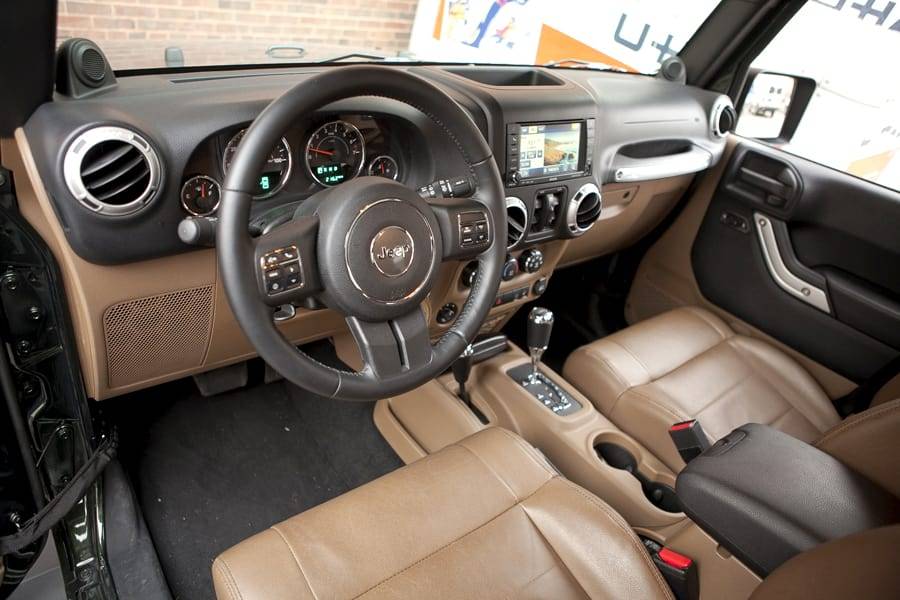 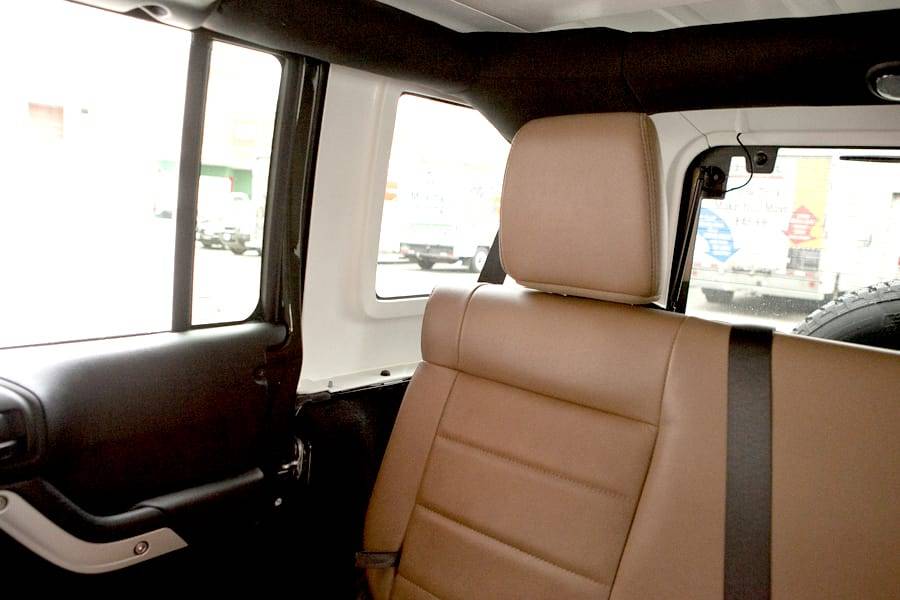 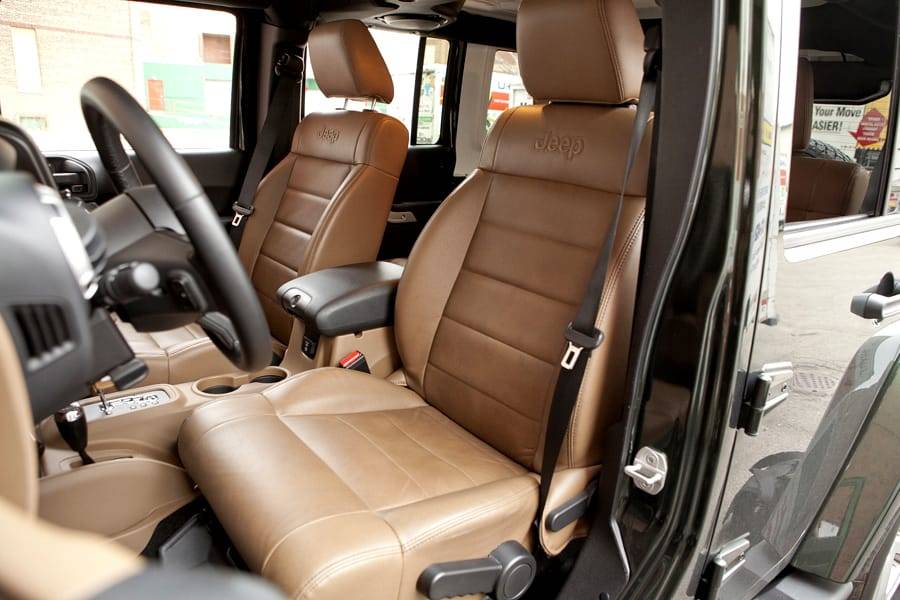 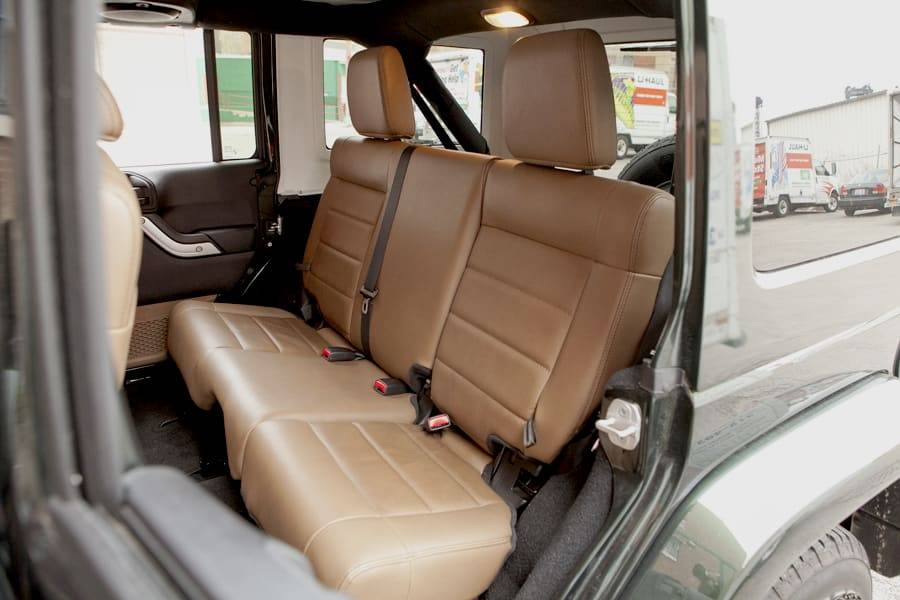 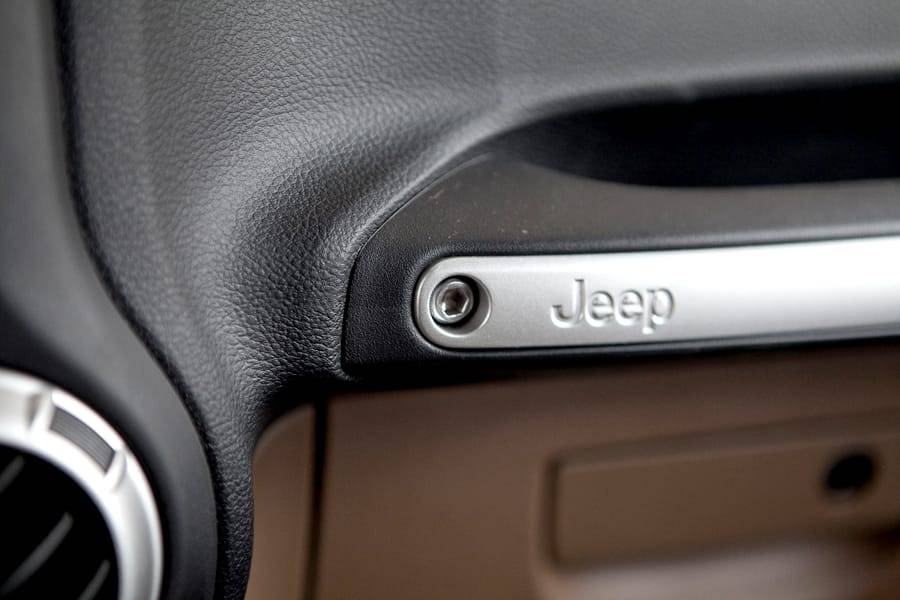 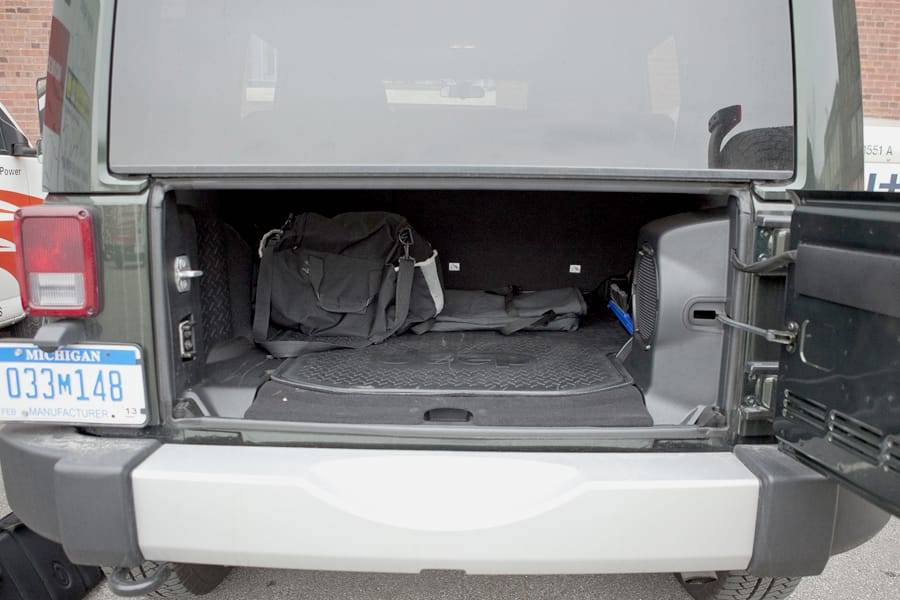 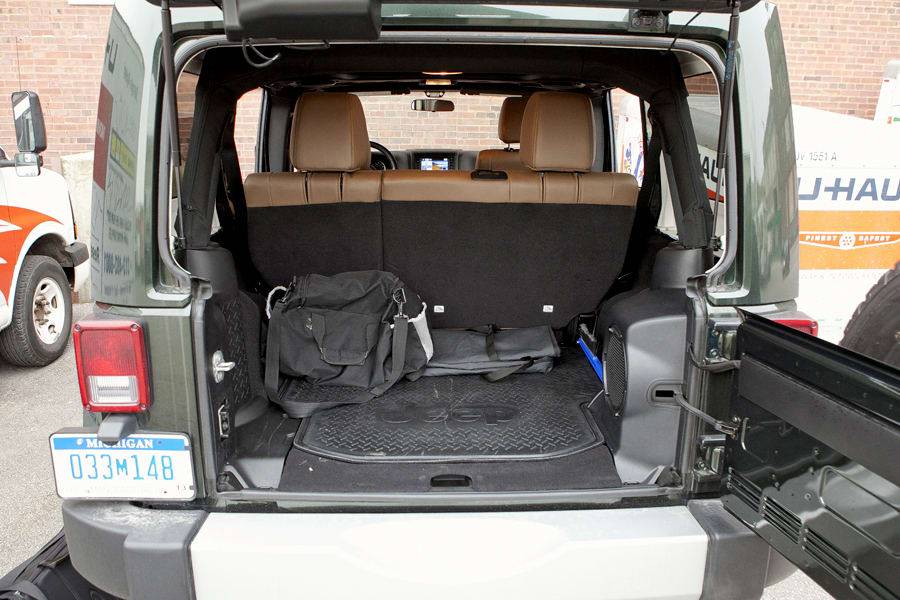 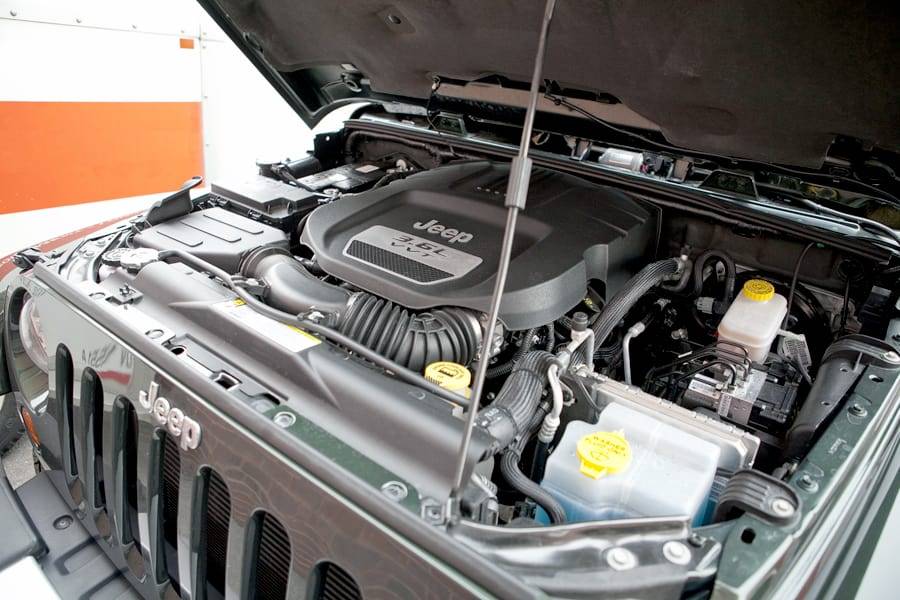 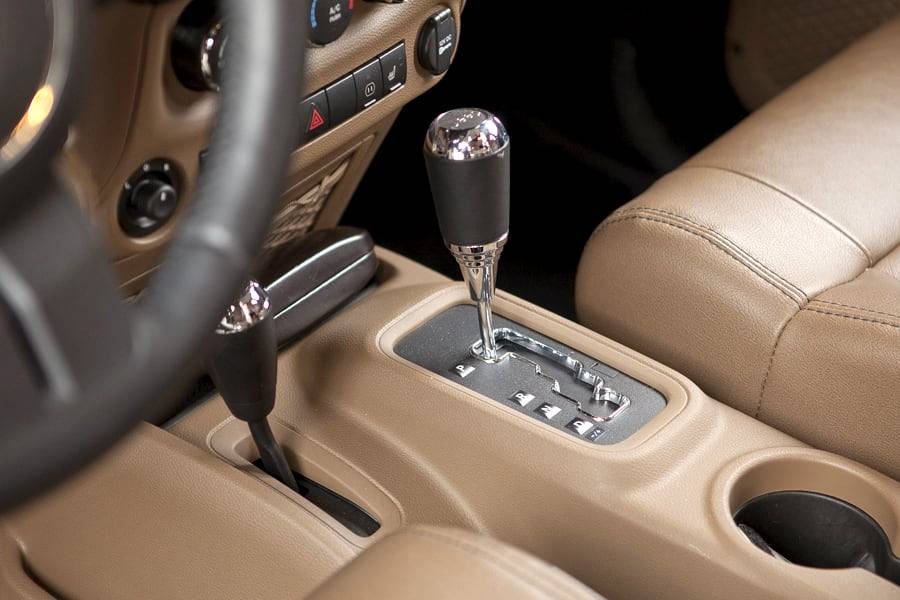 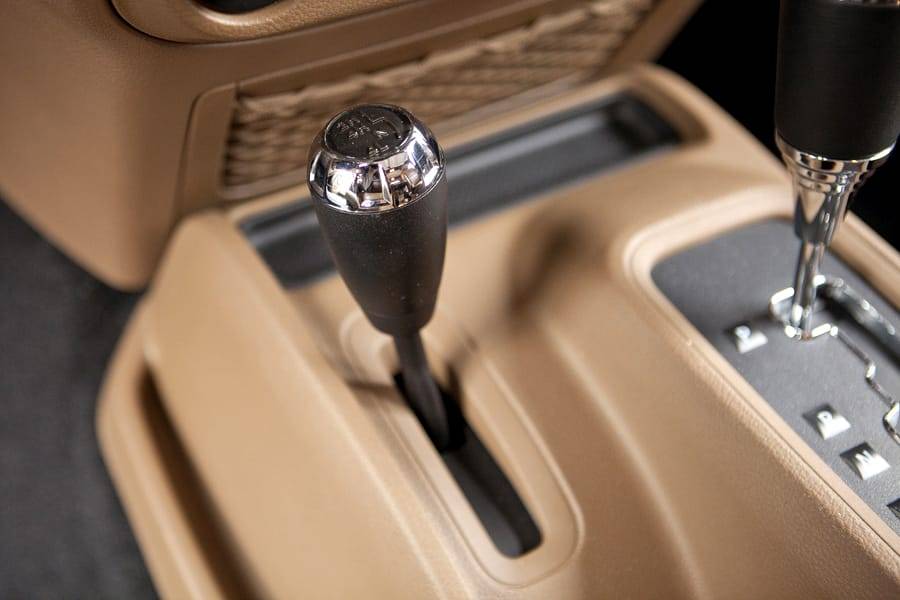 1/17
The Wrangler is unmistakable among other models on the market, and it&#39;s clearly recognizable as the progeny of the original military Jeep from The Good War. | Toggle between photos using the right and left arrow keys. Cars.com photo by Ian Merritt

A new drivetrain and recent upgrades make the 2012 Jeep Wrangler more appealing for the true believers — and maybe even some agnostics — but they won’t be enough to sway nonbelievers.

The Wrangler is available in two body styles: the two-door and the Unlimited four-door (see the specs). Both are convertibles, though it’s not always obvious to the casual observer because an optional removable hard top is available in lieu of the traditional soft-top. The three shared trim levels are the Sport, Sahara and Rubicon. The Unlimited adds a Sport RHD above the Sport. In the higher two versions, the fender flares and removable hard top are body-colored.

What does all this give you? The drivetrain hat trick: More power, higher efficiency and improved noise and vibration performance.

The rough old 3.8-liter V-6 produced 202 horsepower at 5,200 rpm and 237 pounds-feet of torque at 4,000 rpm. The new 3.6 puts out 285 hp at 6,400 rpm and 260 pounds-feet at 4,800 rpm. The torque peak is now higher up the rev range, but there’s also more range to work with: The new engine’s redline is almost 1,000 rpm higher, at 6,600 rpm. There’s plenty of grunt at lower rpm to get the Jeep moving swiftly off the line and to scramble over obstacles that would put some SUVs in an early grave. All Wranglers come with standard part-time four-wheel drive, which means you can use rear-wheel drive in normal conditions, then activate four-wheel drive when it’s needed.

The regular Wrangler now hits 60 mph in about 8.4 seconds, down from roughly 11 seconds in the 2011 model. The transmission is also well-behaved, with only occasional hesitation, which is sometimes a problem among newer automatics with higher gear counts.

Odds Are You Won’t Understand
Now we get to the stuff most people won’t understand — aspects of the Wrangler most motorists would fairly view as inferiorities. Just stick with me … .

The Wrangler doesn’t ride smoothly. It has improved dramatically over the years and is more livable than ever, especially in the relatively new Unlimited version, thanks to its longer wheelbase. But there’s no overcoming its design and heavy-duty hardware. The Wrangler has non-independent front and rear axles that optimize suspension travel and thus offroad capability. Optional locking front and rear differentials and giant, aggressively treaded off-road tires (see the Rubicon trim level) make the Wrangler even more formidable in the wild — and less genteel on pavement.

Perhaps more than anything, the Wrangler illustrates the tradeoffs that accompany high ground clearance. You get your first taste when climbing in — and it definitely is climbing. Old-school SUV ride height combines with a shortage of grab handles to test your ground clearance. Tubular step rails, which are optional on lower trim levels and standard on the higher ones, aren’t much help: They’re nearly as high off the street as the cabin’s floor, with the apparent priority of clearing obstacles, not assisting passengers. They’re actually an obstacle for tall people because they widen the sills. In my time with the Unlimited Sahara, the steps proved most adept at collecting and transferring dirt and road salt to my pant leg.

The Unlimited’s longer wheelbase and extra doors make for a larger backseat than the regular Wrangler provides, but this model still reflects the norm for fully capable off-roaders: Large on the outside doesn’t always equal roomy on the inside.

The Wrangler benefits from its square shape. The longer Grand Cherokee’s maximum cargo volume is 68.3. But respectable numbers don’t always reflect usable space. The Wrangler’s cargo floor is quite narrow due to large wheel wells and a small opening when the swing gate is open.

Rather than a conventional liftgate, the Wrangler has a swing gate to accommodate the spare tire, which swings out with it. Another off-roader tradeoff, the spare is back here so it doesn’t gobble more cargo area or ride under the chassis, where it would diminish the truck’s departure angle.

Safety
The Wrangler’s crash-test ratings are below average. In Insurance Institute for Highway Safety crash tests, the two-door scored the highest rating, Good, in a frontal crash, but Poor (the lowest rating) in a side impact and Marginal for protection in a rear impact. This makes the Wrangler the worst performer out of 15 models in IIHS’ Small SUV class.

The Wrangler Unlimited is slightly better, with a Marginal side-impact rating, but it, too, places last in the IIHS’ Midsize SUV class when all three tests are considered — among 24 competitors.

The Wrangler hasn’t been crash-tested by the National Highway Traffic Safety Administration, but it earned three stars out of five in the organization’s rollover rating, which indicates a higher-than-average center of gravity and greater rollover potential than most SUVs, which achieve four stars. Direct competitors, the Xterra and FJ Cruiser are also in the three-star club.

The Wrangler has standard frontal airbags and offers front-seat-mounted side-impact airbags as a stand-alone option. There are no side curtain airbags. As is required on all new cars as of the 2012 model year, the Wrangler has standard antilock brakes, an electronic stability system and traction control. A backup camera and blind spot warning system aren’t offered. See the full safety feature list here.

There are drivers who like to laugh at speed bumps, to get unmatched open-air driving and unassailable winter-weather performance in the same vehicle. These are people for whom activating (and deactivating) four-wheel drive by hand is not a drawback, but rather part of the experience. Anyone who doesn’t understand this — or manual transmissions, for that matter — can go to the auto mall, throw a Frappuccino in any direction and hit an alternative that does everything for you, and in some circumstances does it better. For the rest of us, there’s the Wrangler.

True, most Wranglers never tread on anything more challenging than a dirt road, but people buy them anyway. Likewise, most SUVs never tow trailers, many sports cars spend all their time in bumper-to-bumper traffic, and I’ve met countless Americans who own a pickup truck so they can make one or two trips a year to the home store. People who park in glass garages … .

I’ll buy a Wrangler someday — probably the previous-generation, known as the TJ. The current generation, the JK, is too big for my needs, and a little too slick. Wranglers aren’t for everybody. If ever they are, I just won’t understand.