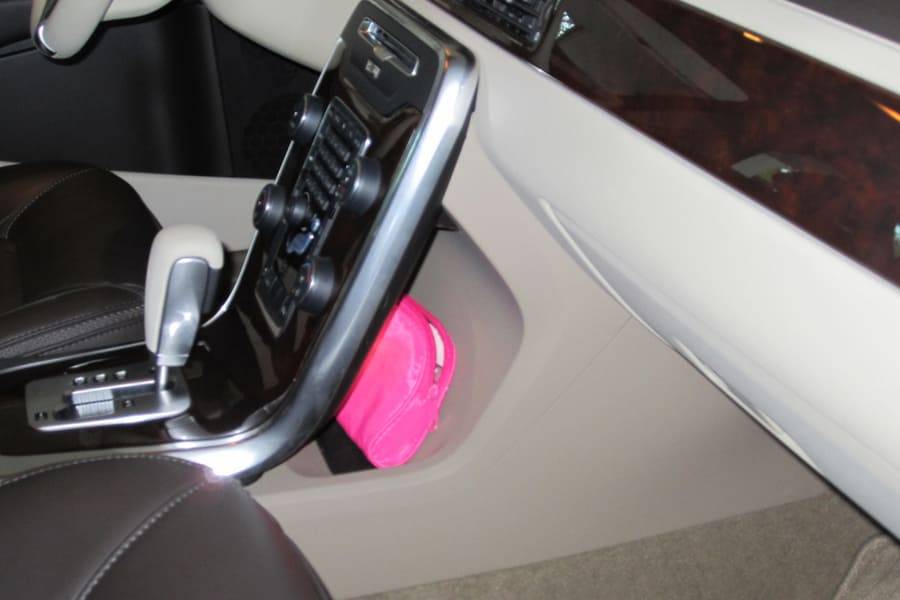 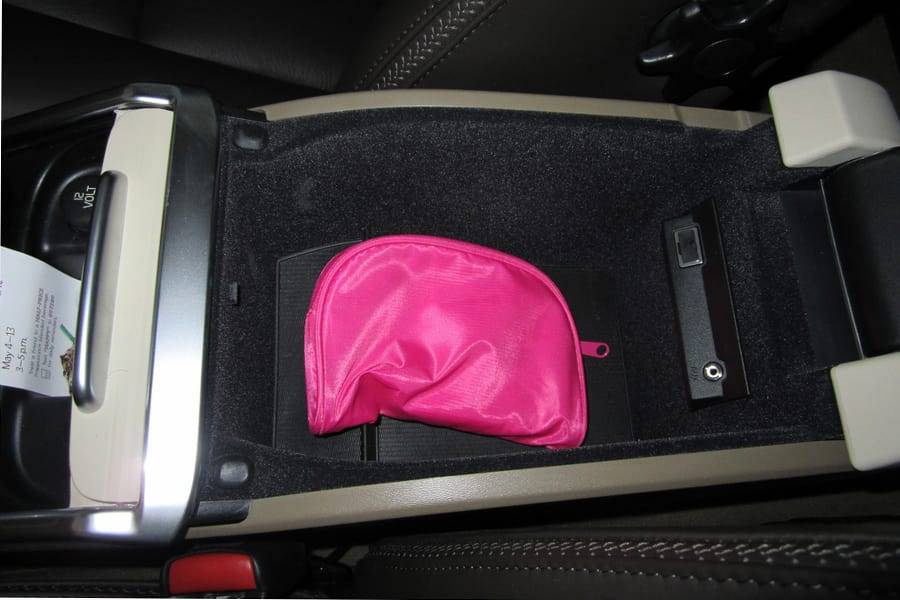 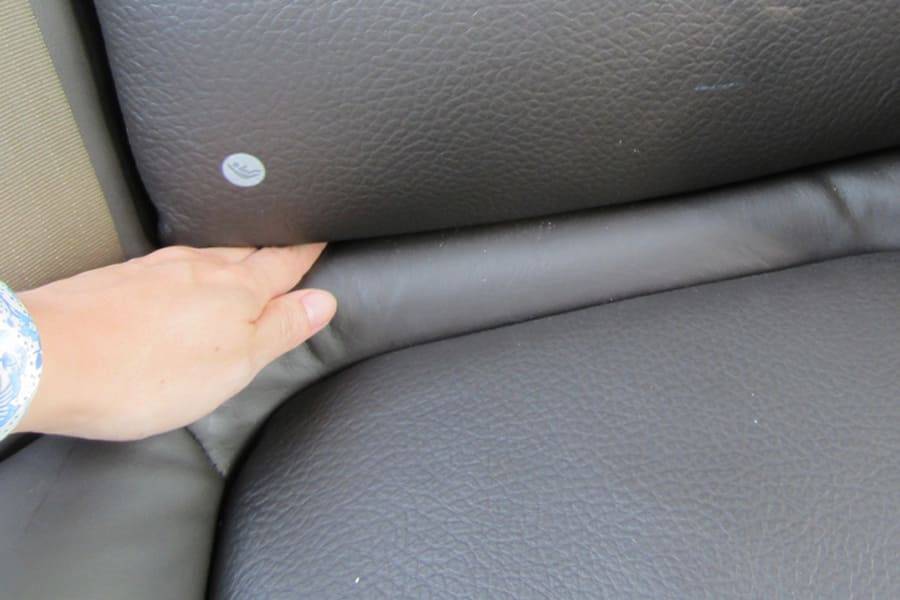 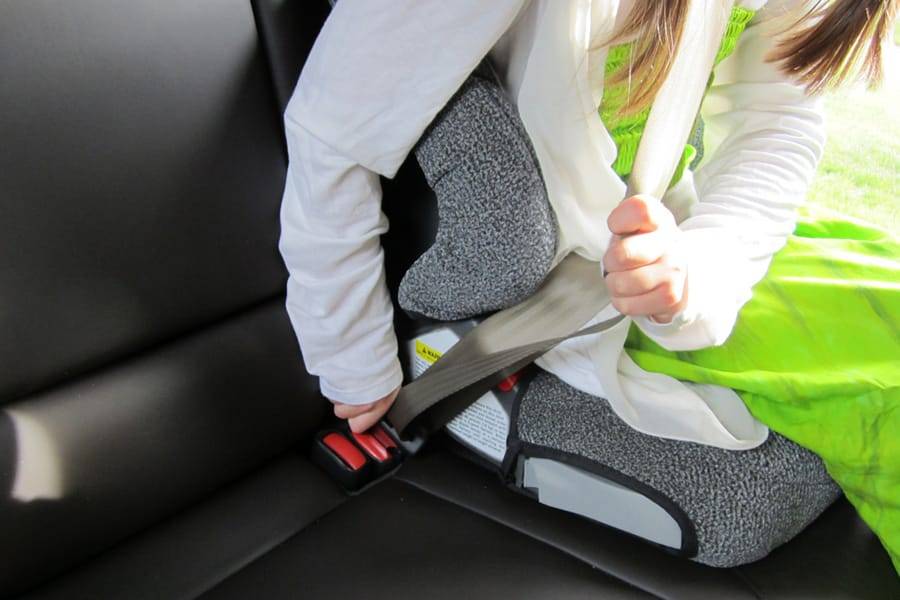 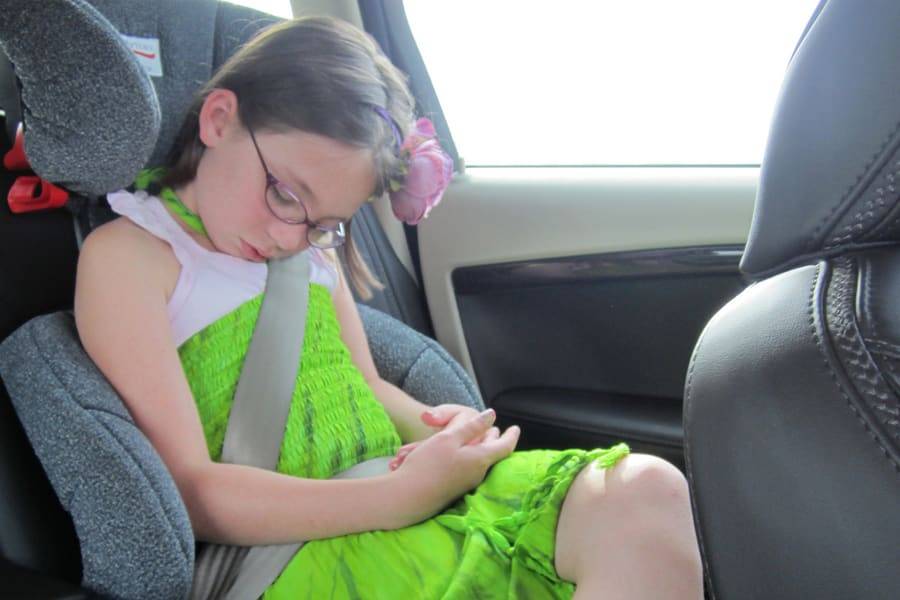 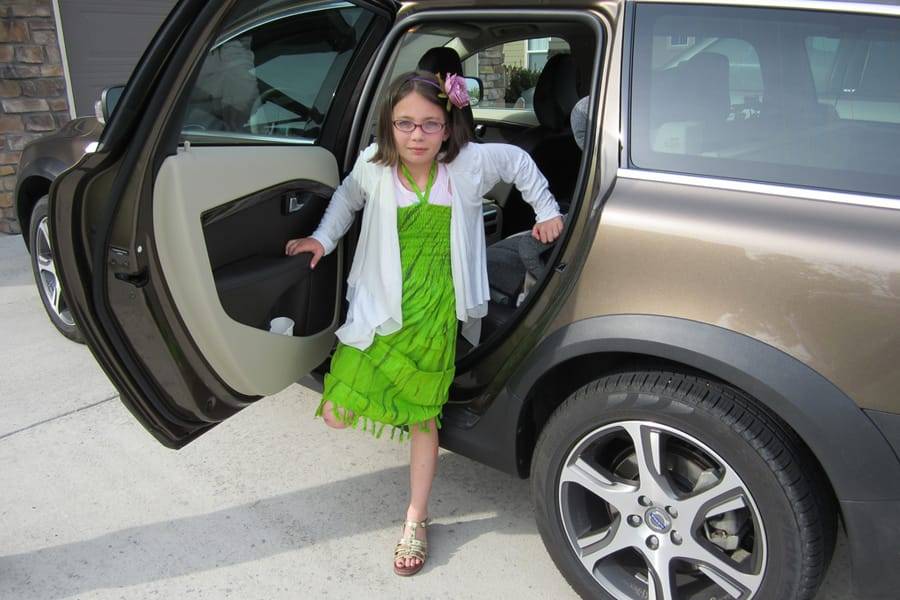 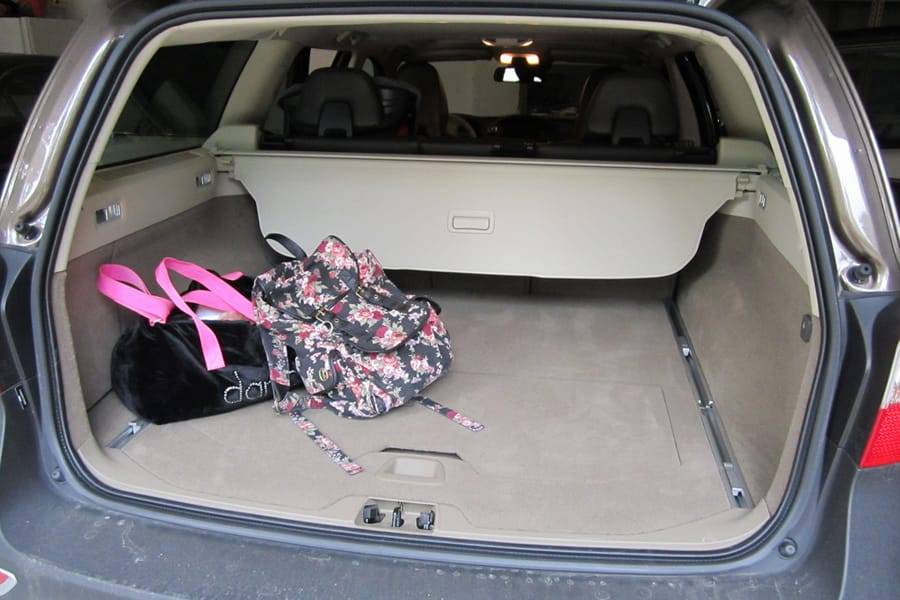 The Volvo XC70 is the quintessential station wagon, the most “Volvo-like” Volvo on the road today. Having one parked in my driveway takes me back to my childhood — riding to and from school in a wood-paneled station wagon, dressed in my finest monogrammed velour jumpsuit, John Denver (on eight-track) filling the voluminous interior.

With the exception of its exterior design, which hasn’t evovled enough from the old-school station wagon of the ’70s, the 2013 Volvo XC70 is every bit as comfortable and practical a family hauler as its ancestor.

The 2012 XC70 comes in a variety of configurations. I drove the mid-level T6 AWD with a turbocharged 3.0-liter six-cylinder engine and all-wheel drive. The entry-level 3.2 has front-wheel drive. See these trims compared side-by-side with the top-level T6 Platinum AWD here. This year’s XC70 hasn’t changed much since the previous model year. See the 2012 and 2011 compared here.

EXTERIOR
I love retro design as much as the next person, but I tend to appreciate it more in inexpensive things like sneakers, T-shirts or coffee tables that I can get rid of when my taste changes. But $49,000-plus (when loaded) cars that I spend the majority of my daily mom-life in? Not so much.

I’m a huge fan of the XC70’s gargantuan cargo area, the powered liftgate, the nice, wide backseat and the kid-friendly step-in height. The old-school boxy wagon design, however, is just a little too suburban housewife for me. Granted, that’s essentially what I am: a work-at-home mom in the ‘burbs of Denver. Maybe that’s why I feel the need to express my inner tigress and stand out from the carpool-lane crowd just a smidge.

I’d prefer something more updated and modern-looking than the XC70. Take the tiny Volvo C30, for example. With its functional hatchback design, it’s still a wagon at heart, but the sleek, curvy exterior is totally 21st-century Volvo. It’s past time for the XC70 to be stripped of its mom-jeans and forced into something much less comfortable.

FAMILY-FRIENDLY FEATURES
The interior of the XC70 is all about space, storage and simple functionality. Up front, the driver and front passenger have access to storage bins in their doors, two cupholders in front of the center console, and an extra storage bin that’s perfect for stashing an iPhone. The “floating” center control panel — inspired by a Bang & Olufsen remote control — is visually clean and easy to operate at a glance without distracting you from the road. The “floating” piece leaves a small storage area behind the audio controls. Front passengers will appreciate being able to control their air independently. When driving solo, though, the lack of a “dual” button to sync the temperature for both sides was bothersome.

The driver’s seat, with standard eight-way power adjustability and three memory settings, combined with a tilt/telescoping steering wheel to provide a comfortable driving position for both me (5-foot-3) and my husband (6-foot-2). However, I did find myself stretching to see up and over the wagon’s long nose when pulling into parking spaces. The seats were incredibly comfortable, allowing for long road trips sans fatigue for driver and passenger.

The backseat is quite spacious, both in width and legroom. While the XC70 does come with optional integrated booster seats in the two outboard positions in back (I highly recommend this $500 feature for anyone transporting kids who are currently in or will eventually grow into booster seats), my test car didn’t have them. I was still able to fit my two youngest kids, ages 7 and 9, in Britax high-back booster seats comfortably in the outboard positions, with plenty of space left over for my 11-year-old to sit in the middle without her shoulders being crushed between the two boosters. The kids also had more than enough legroom when my husband’s seat was moved back to accommodate his long legs.

With only two kids in the backseat, the center position’s seatback folds down into an armrest with a storage bin and two cupholders. Backseat passengers also have their own air vents, a feature much appreciated in the hot summer months.

The XC70’s cargo space is absolutely huge, with 72.1 cubic feet of storage volume with the rear seats folded. That’s more than the Subaru Outback’s 71.3 cubic feet (see them compared). There’s so much space back there I found myself wishing for the ability to convert all that cargo space into extra seating with the addition of a fold-away jump seat, like the one in the Mercedes-Benz E-Class wagon.

BEHIND THE WHEEL
Driving the XC70’s turbocharged 3.0-liter V-6 took some getting used to. I appreciated the surprisingly zippy kick-in-the-pants feel, as opposed to the sluggishly heavy acceleration I anticipated in such a large wagon. However, it was hard to get the feel for accelerating smoothly during stop-and-go driving without throwing my passengers’ heads back into their seats. During one particularly long errand session, my 11-year-old daughter started complaining of some motion sickness.

The braking is soft in comparison, and switching between gently accelerating and more forcefully braking was a challenge the entire week I drove the Volvo.

I’ve heard others describe the XC70’s cornering as topsy turvy and more consistent with an SUV, but this must be highly subjective. To me, the XC70 felt solid and well-connected to the road in corners, while soft enough to float over rough pavement without discomfort.

The EPA estimates the XC70 T6 AWD’s mileage at 17/23 mpg city/highway. The less-powerful 3.2 model with front-wheel drive is more efficient, at 19/25 mpg. If you choose this wagon rather than a similarly utilitarian SUV, it shouldn’t be for gas-saving purposes. Volvo recommends premium fuel to optimize the XC70’s performance.

SAFETY
Crash tests have not been conducted on the 2012 Volvo XC70. As is required of all 2012 models, it has standard antilock brakes and an electronic stability system with traction control. It also comes standard with driver and passenger frontal airbags, side-impact airbags for the front occupants and side curtain airbags for both rows.

All trim levels of the XC70 can have the optional integrated dual-stage booster seats. These pop out of the seat bottom into two seating positions. The first one accommodates children ranging from 44 to 55 inches tall and 48 to 80 pounds, while the second position fits children 37 to 47 inches tall and 33 to 55 pounds. If you don’t opt for the integrated booster seats and use your own instead, your kids will have no trouble buckling their own seat belts. While the seat belt buckles are more or less flush with the seat bottom, the seats are wide enough that kids can still reach down and buckle on their own without the booster seat creeping its way over the buckle and obstructing it.

For those installing rear- or forward-facing child-safety seats, the Latch anchors in the two outboard seating positions are buried quite deep within the seat bight, making it difficult to install — and subsequently uninstall — seats using Latch. You may prefer to use the seat belts themselves to secure child seats.

The XC70’s rear seats do not recline. That can cause discomfort for child passengers who nap in booster seats, causing them to slump forward and over the top of their seat belt.