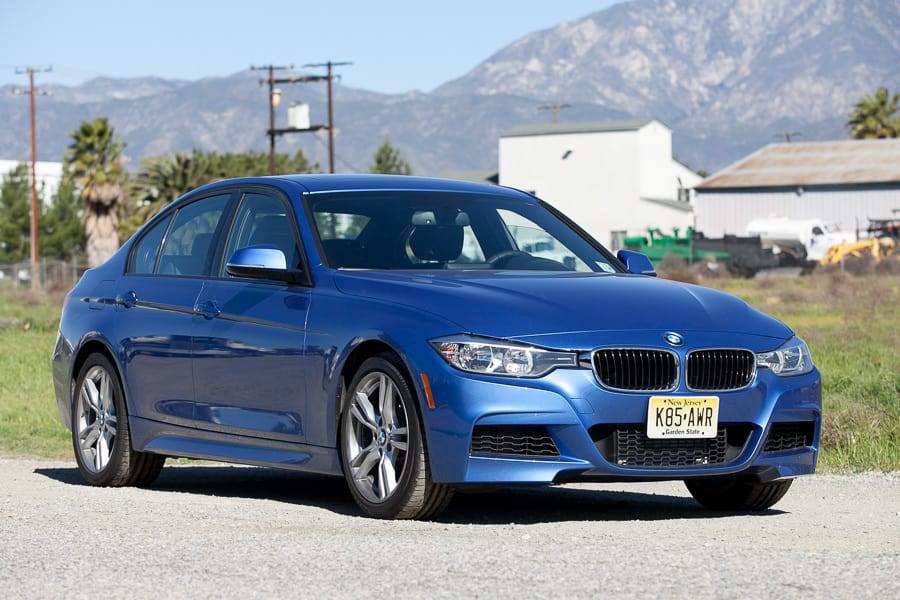 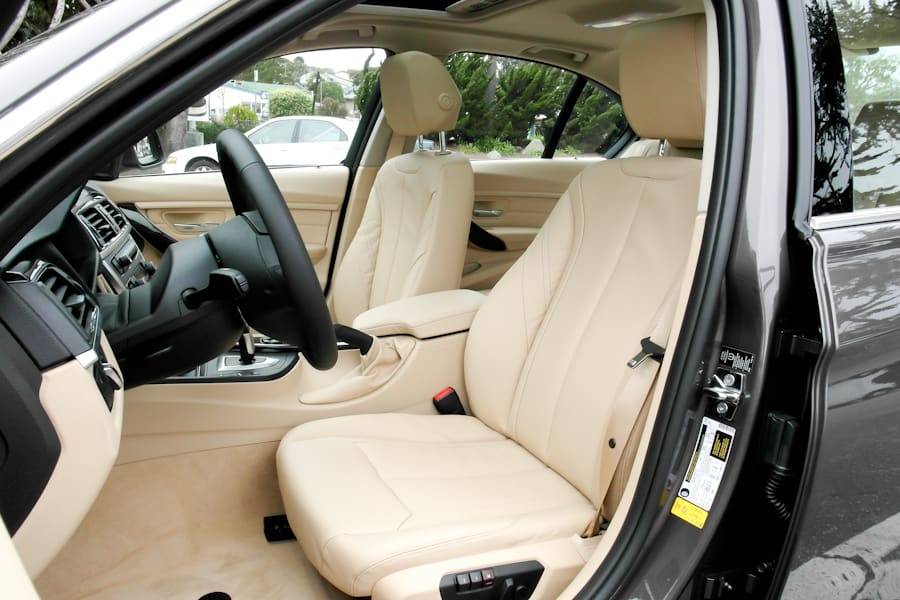 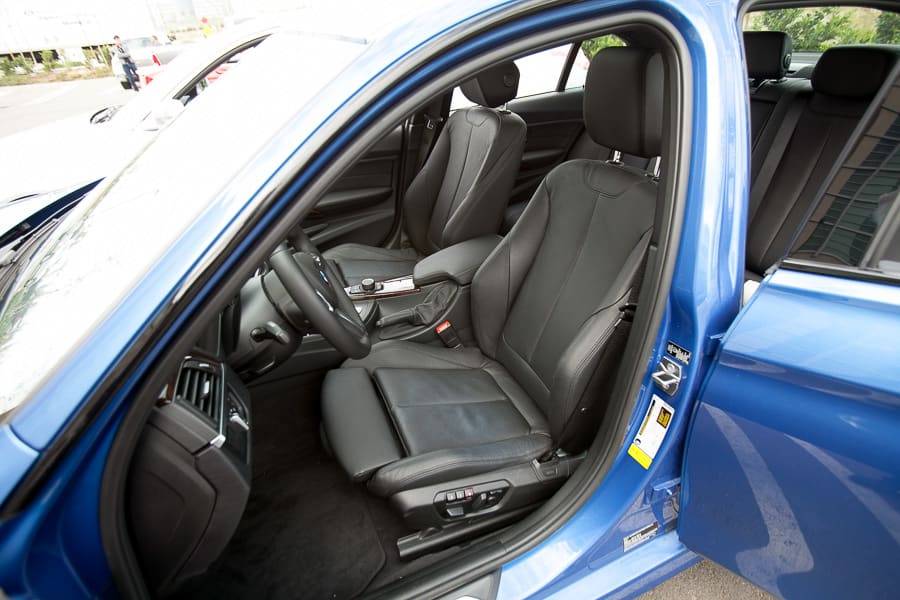 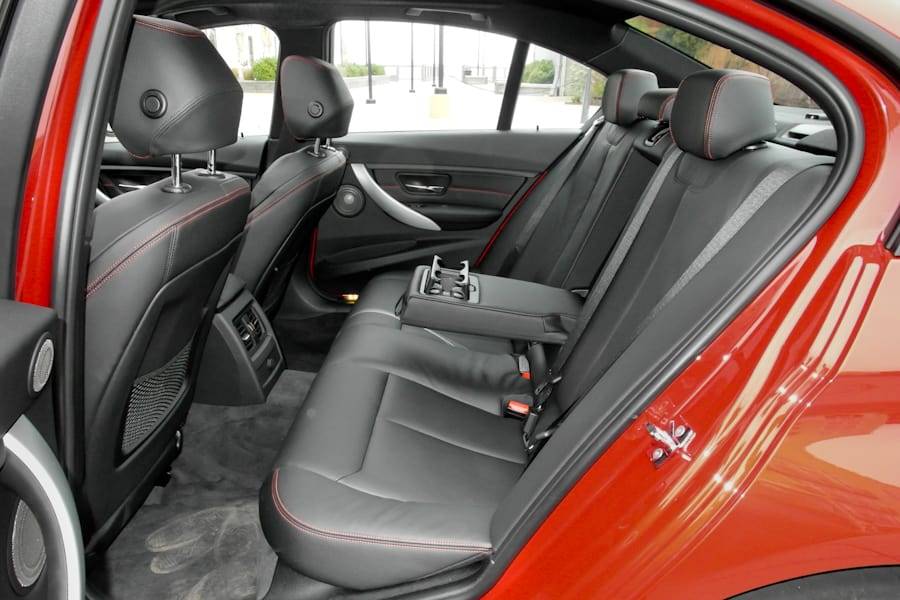 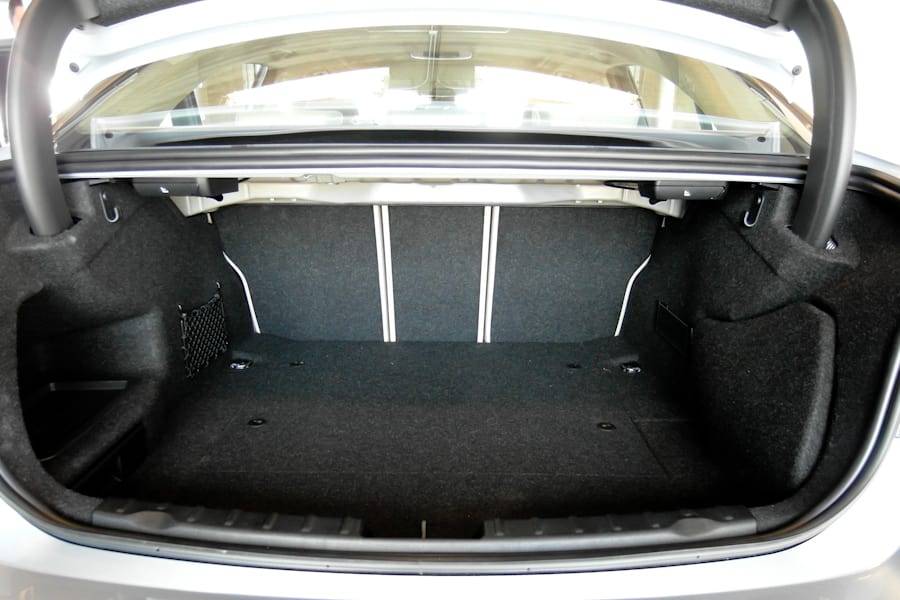 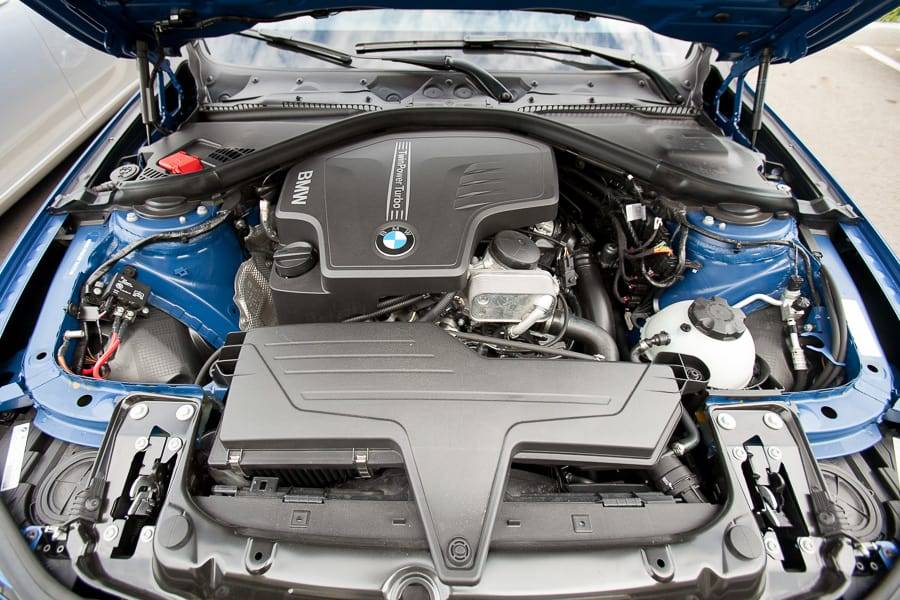 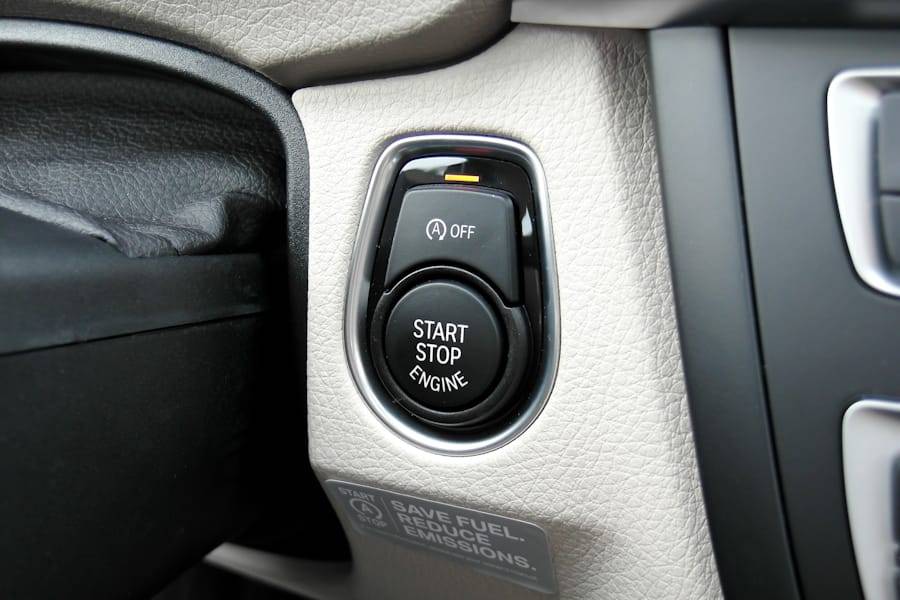 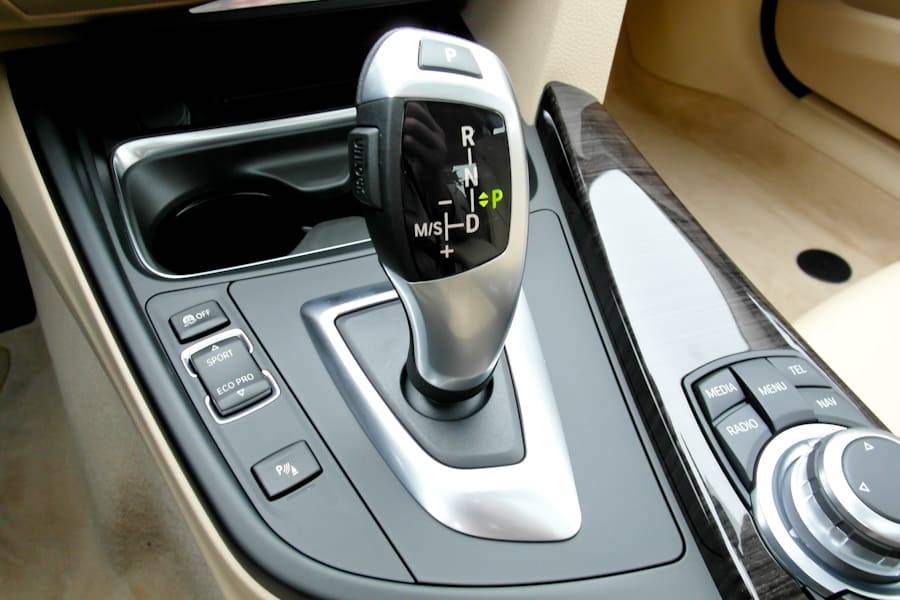 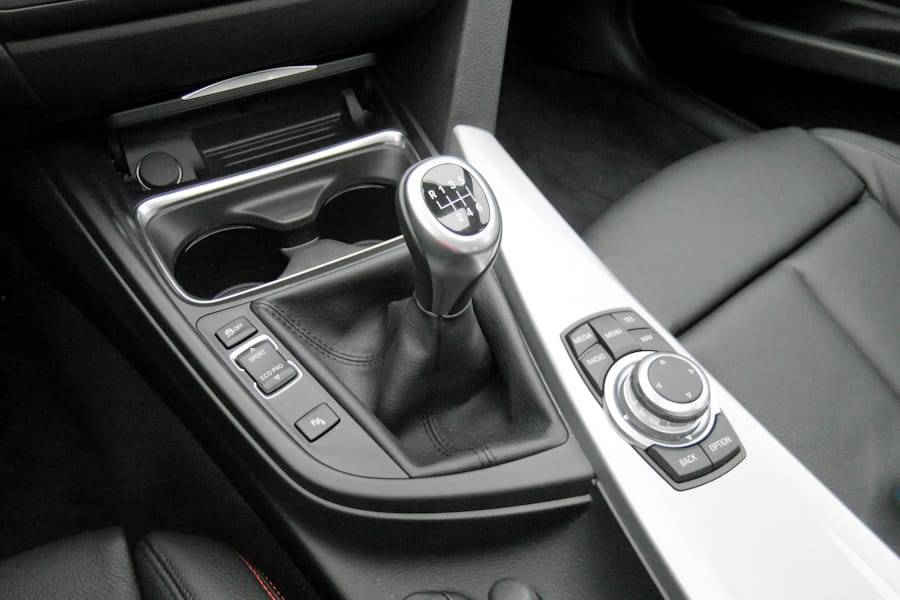 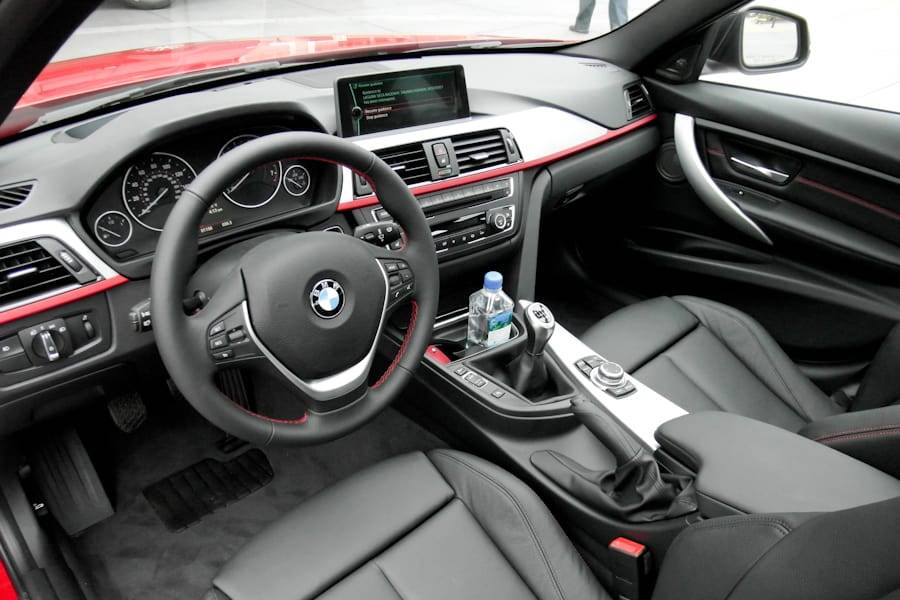 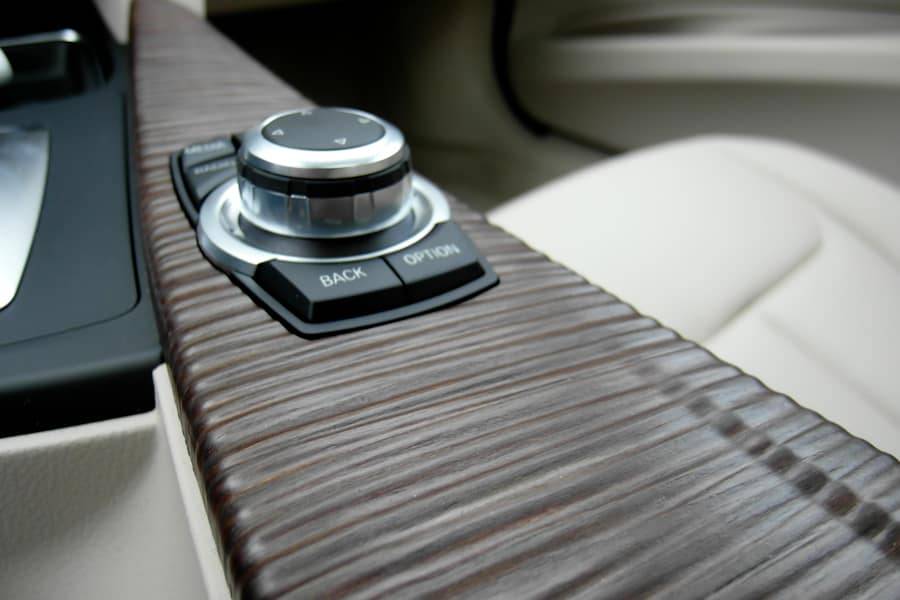 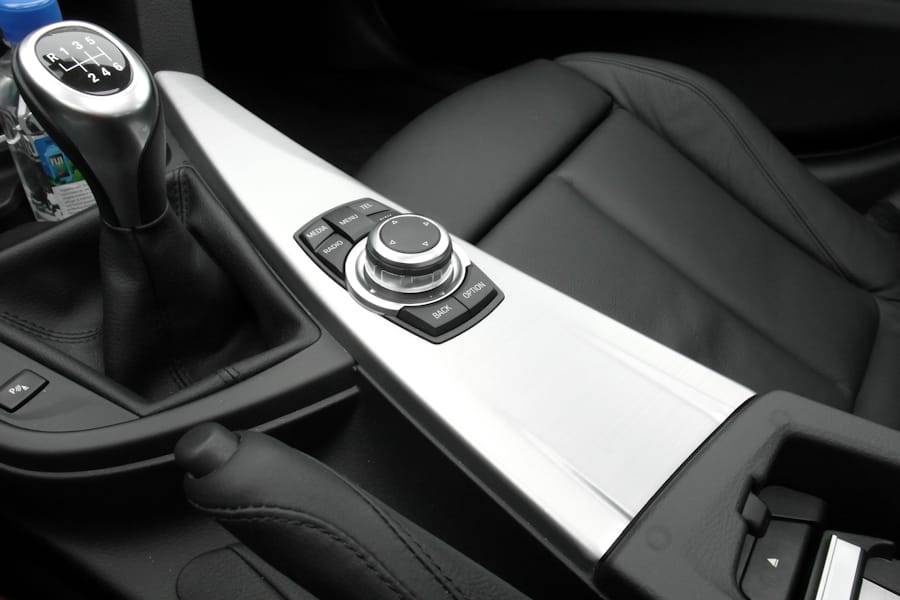 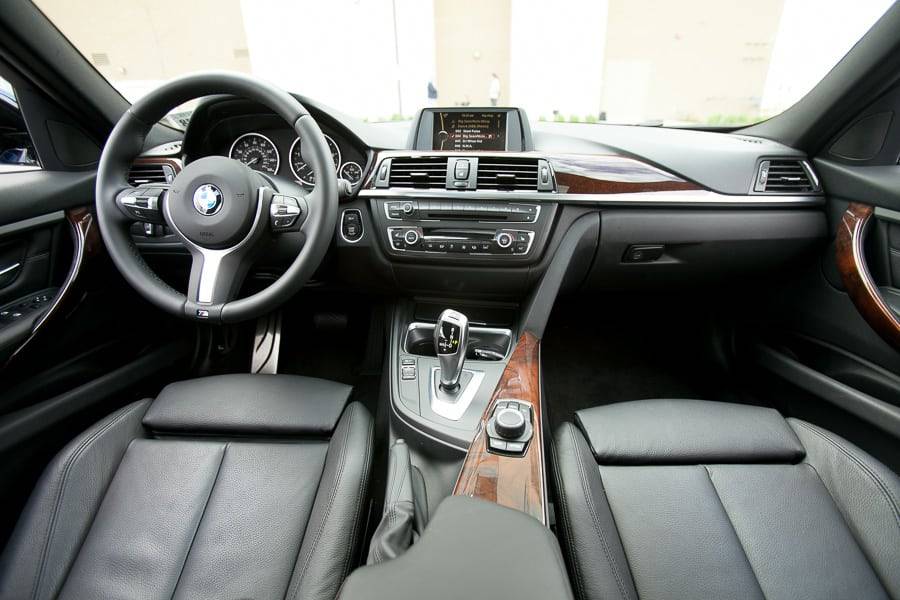 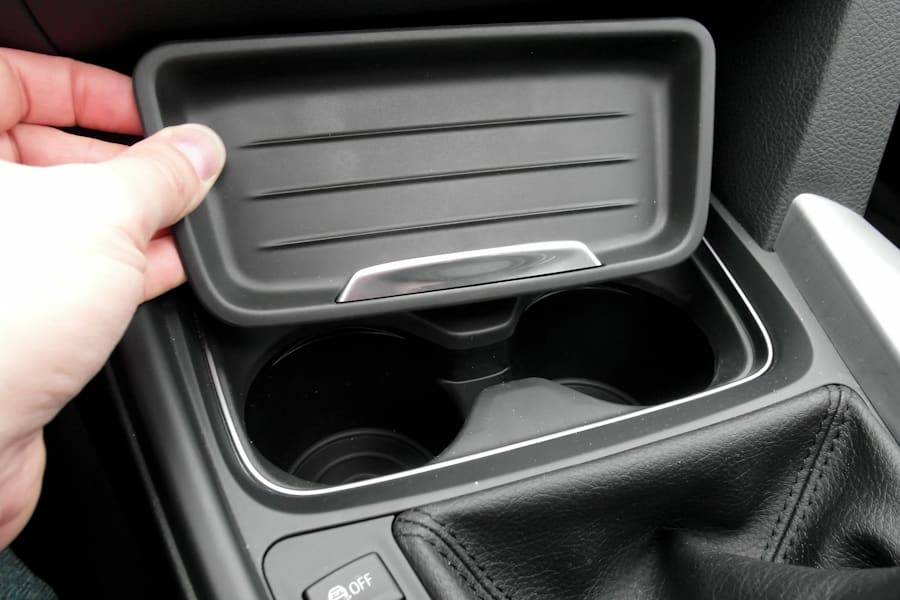 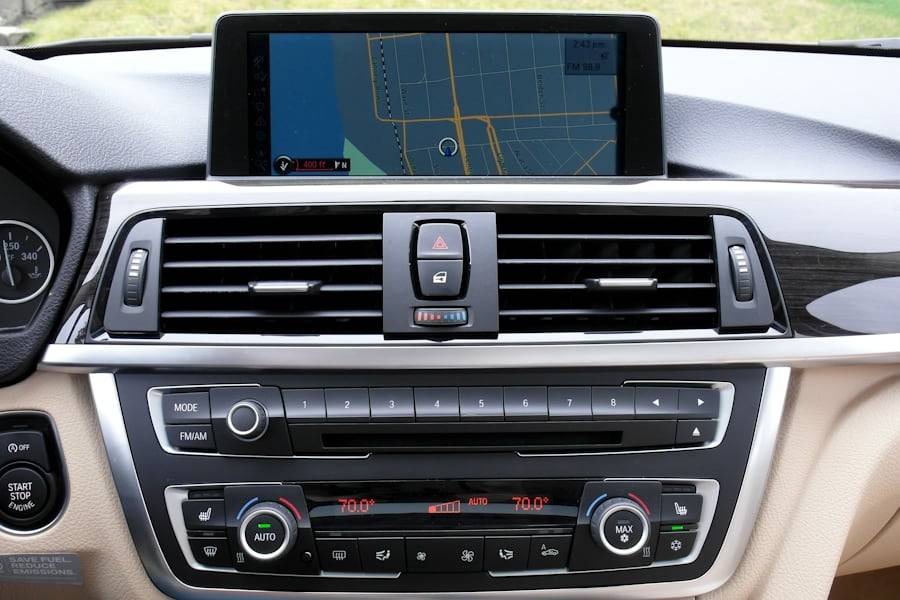 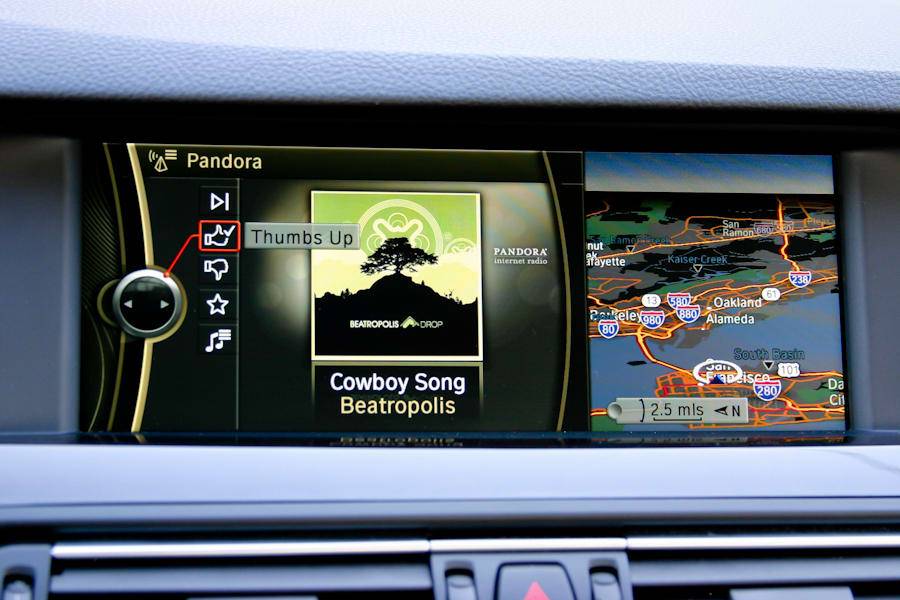 1/16
The 3 Series sedan was redesigned for 2012 and included, among other trim levels, a Sport Line. For 2013, a new M Sport Line has larger grille openings and more aggressive side sills. | Toggle between photos using the right and left arrow keys. Cars.com photo by Joe Bruzek

With its exceptional acceleration, handling, braking, gas mileage and interior accommodations, the 2013 BMW 328i is the best luxury sport sedan you can buy. Period.

When I evaluated the BMW 3 Series sedan after its 2012 redesign (see the review), I concluded that, for the first time, the 328i was all anybody needed, thanks to its new turbocharged four-cylinder engine. For 2013, what’s new is a more affordable 320i (reviewed separately), an M Sport trim level — and the results of our sport-sedan comparison test, in which the 328i took first place over five other sport sedans less than $46,000 (as equipped).

This review covers the 328i sedan, which was redesigned for 2012. The coupe, convertible and top-performing M3 versions remain unchanged, but the redesigned wagon hits dealerships this spring as a 2014.

Balance Defined
Take a look at any Cars.com review and you’ll notice we’re practical, never fixating exclusively on performance. The 328 would have never come out on top in our competition if it didn’t balance its excellent drivability with some mainstream benefits. One example: It had the best observed gas mileage at 28.1 mpg combined. That was 1.7 mpg better than the next-most-efficient Audi A4 2.0T Quattro and 7.7 mpg better than the worst, the Volvo S60 T5 AWD.

That’s pretty impressive, and only becomes more so when you know the 328i was also the quickest to 60 mph, making it in 6.6 seconds. (All our test cars had automatic transmissions and were clocked with two adults onboard.) It beat the next-best S60 by almost 0.2 second, and the worst, the Mercedes-Benz C250 Sport, by more than 1.6 seconds. The BMW proves that a trade-off between acceleration and mileage — exemplified in our test by the Volvo and Acura TL 3.7 — is no longer a valid excuse.

The notion of a turbocharged four-cylinder delivering the goods remains difficult to fathom, but direct injection gives the BMW’s 2.0-liter adequate torque at low rpm — long a failing of small engines, even turbocharged ones. There’s nothing wrong with the more powerful 335i, but outside of a racetrack the additional power doesn’t seem necessary. In previous generations, the six-cylinder 328 and 325 versions were too poky. Not anymore. (Any six-cylinder 2013 model 328 that appears in Cars.com’s specs represents the coupe or convertible.)

Though the 328i sedan also comes with a satisfying six-speed manual transmission, we were impressed with our car’s 8-speed automatic. The extra gears allow the 328i to launch confidently off the line without sacrificing efficient cruising.

Specifications don’t always reflect real-world performance, but it’s likely the Cadillac ATS’ use of a six-speed automatic played a part in its less impressive results in our Sport Sedan Challenge, despite the car’s lower weight: The ATS went from zero to 60 mph in 8 seconds and achieved an observed mileage of 25.0 mpg combined.

The abrupt engine stop/start feature I detailed in my 2012 review remains universally loathed and was habitually switched off by all judges in our Challenge.

Braking
The 328i had the shortest braking distance in our test at 118.9 feet, 3.7 feet shorter than the next closest, the A4. But panic braking isn’t something you deal with on a regular basis (I hope!); all the cars stopped short enough to be reasonably safe. What also matters is how the brakes feel, and here again the 328i beat the others, with effortless stopping power, good pedal feel and linearity on both application and release.

I was most pleased by the transmission’s transparency; in BMW’s larger cars, “EfficientDynamics” provisions include a Brake Energy Regeneration feature that causes the transmission to downshift awkwardly through the gears during routine braking, causing uneven braking response.

Ride & Handling
Our test car was the new M Sport Line, which joins last year’s trim levels: base, regular Sport Line (no “M”), Luxury Line and Modern Line, which are treated as option packages when you order. The most expensive such package at $3,850, M Sport adds a sport suspension along with 18-inch wheels and summer tires; a more menacing front end and enhanced aerodynamics; different exterior and interior trim; and some “M” badging, which attempts to steal some cachet from true performers like the M3.

Without a doubt, the M Sport suspension sharpened the 328i’s reflexes without sacrificing ride quality too much. Though the ATS’ handling wowed us, the 328i was still the champ with precise steering, excellent front/rear balance and driftability that begged us to drive it hard. The BMW wasn’t unique in having rear-wheel drive; half of our Challenge contestants had it too, but it’s tough to beat rear-wheel drive when it’s well-executed. (As of 2013, the 3 Series sedan once again offers all-wheel drive as well, called xDrive.)

The only real complaint is how the BMW 3 Series has less overall “feel” than previous generations, but that’s not a new gripe, and the BMW 3 Series stood up well among its current competition.

Interior
After driving the BMW 3 Series 328i, our judges began to express a willingness to overlook other shortcomings. Truth be told, we didn’t find many. Though not as large as the Acura on the outside, it has good interior space, including serviceable front-seat legroom, above-average backseat legroom and the most front- and rear-seat headroom in our comparison test. The trunk was also the largest at 13 cubic feet.

The 3 Series sedan now has a standard 40/20/40-split folding backseat, making it one of the only cars in this class where it’s included at no charge — a change from the previous 328 generation. That’s right; even lower-priced luxury cars often give you the opportunity to pay for features that are standard from more modest brands. Another eye-opener for new shoppers is that most of these cars have imitation leather upholstery rather than the real thing in their base models (the A4 is an exception). For what it’s worth, the imitation stuff is often convincing and may age more gracefully. Leather comes in all the 328i’s Line packages, including our M Sport.

The interior quality was universally respected, if not always loved, and I think BMW does a good job offering different approaches in its various Lines. While the base model is austere, each of the others is classier and suits a particular taste, from classic — with wood trim — to contemporary or sporty with more metal and a cooler color palette.

Even at our car’s $45,745 as-tested price (including the destination charge), it didn’t include a backup camera or navigation system; neither did three of the other five cars in our Challenge, though they’re optional on all of them. For all the grief BMW legitimately earned for its iDrive multifunction controller in its earlier years, it’s not so bad now, especially in our car’s simple, non-navigation version. We’re less impressed with turn-signal and gear-selector levers that spring back to center rather than stay in place. They’re awkward and sacrifice desirable tactile feedback while adding no apparent improvement.

Options include adaptive cruise control, in-vehicle assistance (similar to GM’s OnStar), adaptive headlights, parking assist, an adaptive suspension, a moonroof, shift paddles for the automatic transmission and active-safety features that are detailed in the next section.

A BMW 328i sedan loaded with every possible extra-cost option, including all-wheel drive, comes to $57,370.

Safety
The 2013 3 Series sedan was named a Top Safety Pick by the Insurance Institute for Highway Safety, having scored Good in frontal, side, rear and roof-strength tests. The National Highway Traffic Safety Administration rated the sedan and wagon with five out of five stars.

Standard safety equipment includes frontal airbags, front knee airbags and side curtain airbags that protect front and rear occupants in side impacts. The front seats also have side-impact airbags and active head restraints. As is required of all 2012 and later models, the 3 Series includes antilock brakes and an electronic stability system with traction control.

328i in the Market
Perhaps the most difficult thing for car reviewers to do is put themselves in the shoes of likely buyers — or who we suspect are likely buyers. There’s no doubt, people will pay extra for a luxury name. But what name will they pay for? And how much? Some of my colleagues suggested the 328i’s price is inflated because of its brand. I’m going to dissent.

Yes, our test car was one of the most expensive in the Challenge, even without navigation and some other features, but it was reasonably well-equipped and accommodating, and no other car made us as gleeful behind the wheel. That’s not worth paying for?

If any car in our test was guilty of a luxury markup, it was the Mercedes C250 — the car that came in last place due to many disappointments and omissions and that had an as-equipped cost of $42,355 — fourth highest in the Challenge. Few of its shortfalls were simply features that could have been added to bring the car to parity.

Many believe the 3 Series outsells its competitors due to momentum, because BMW essentially created the luxury sport-sedan segment. That might be part of it, but I also believe average buyers, whether they realize it or not, respond to the feel of a well-engineered driving machine, to use BMW’s own term. Drivability matters, and the 3 Series delivers it — plus a lot more.