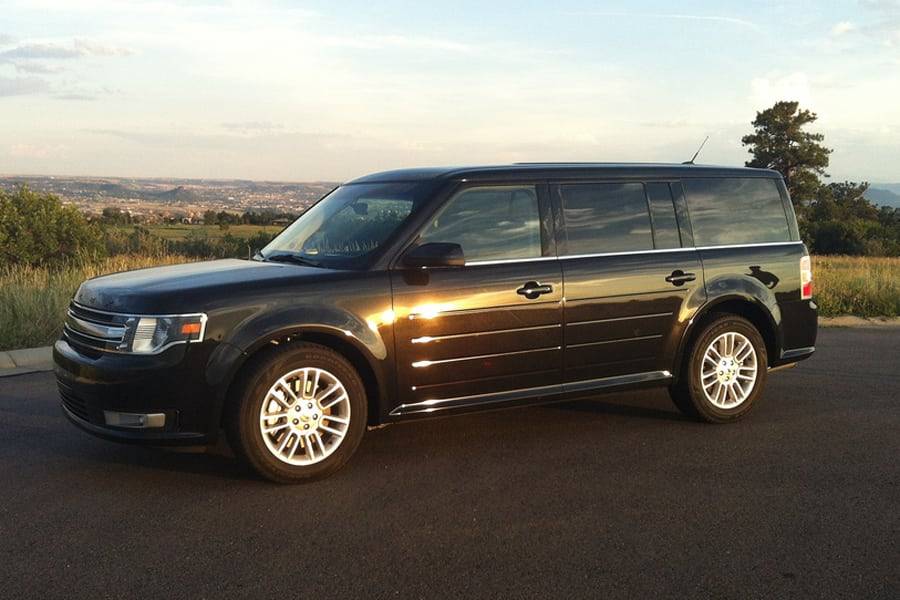 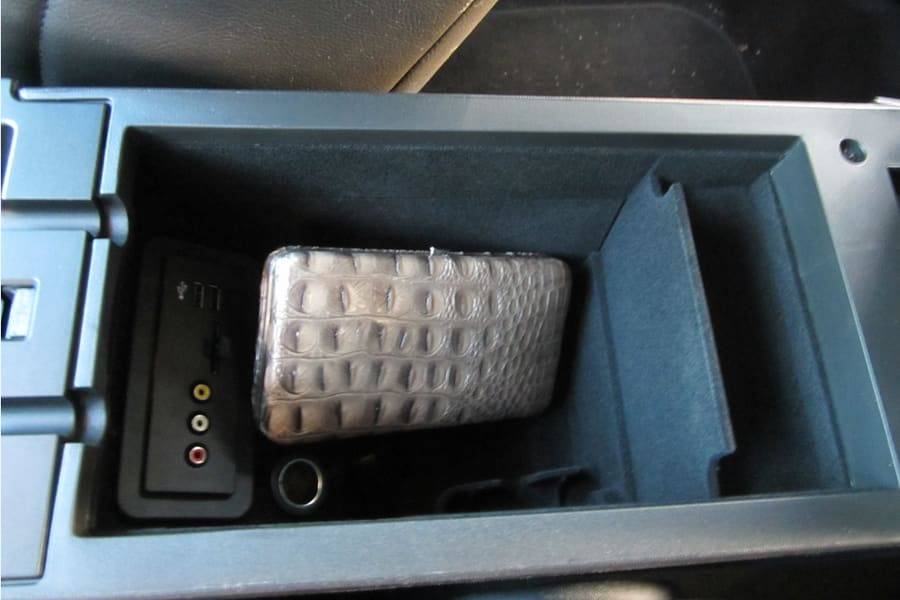 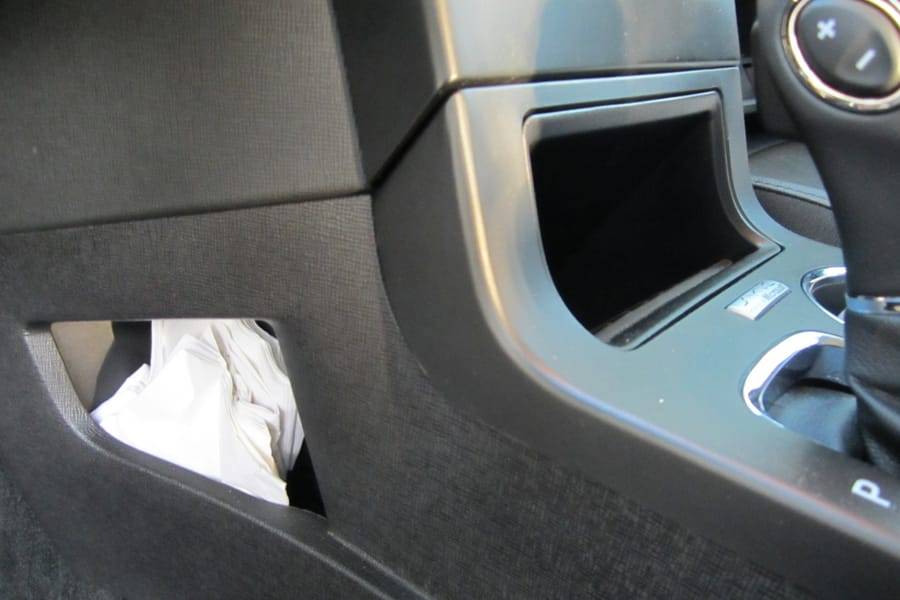 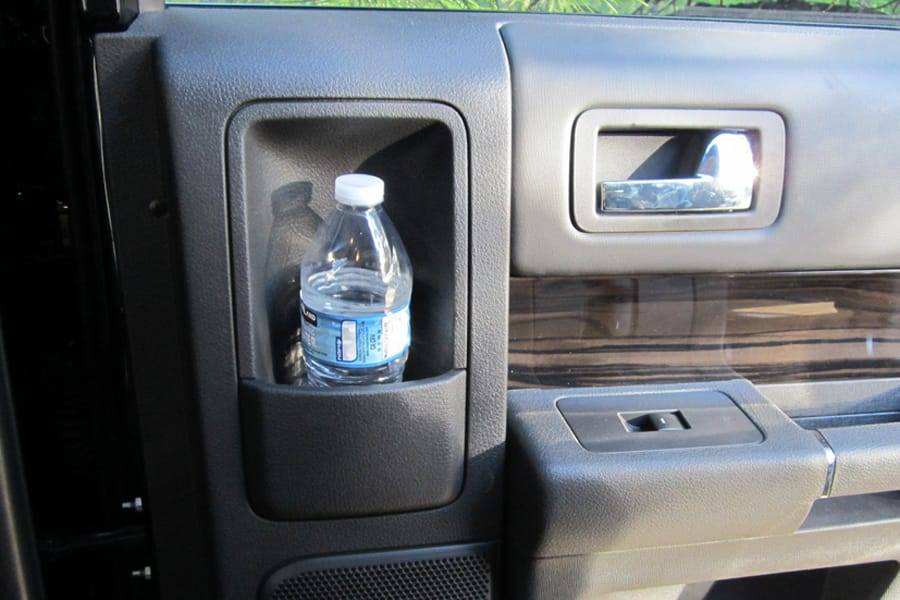 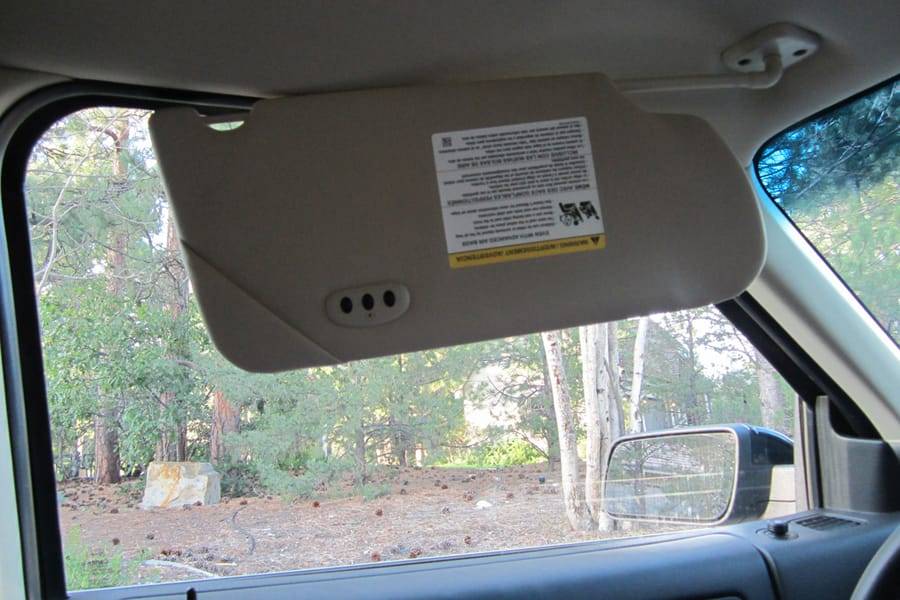 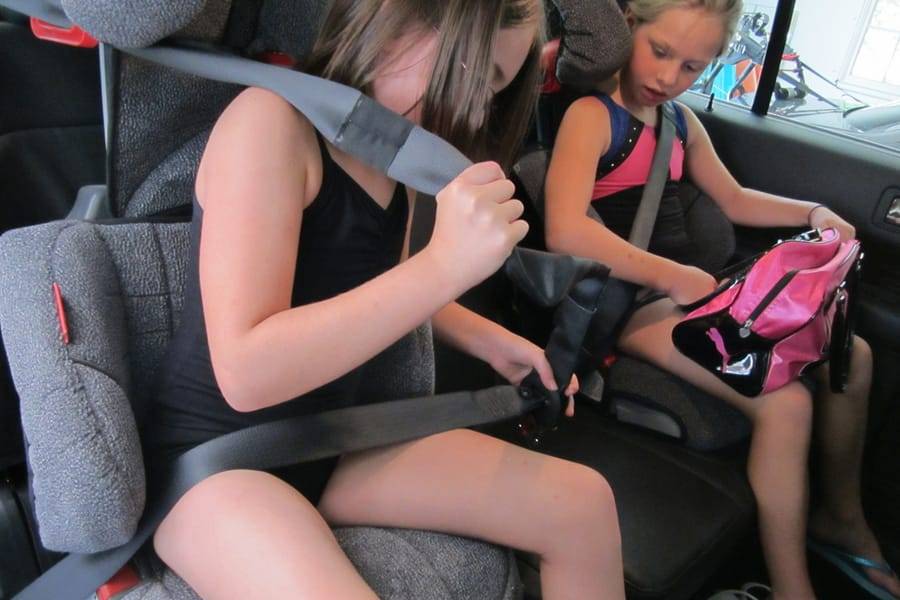 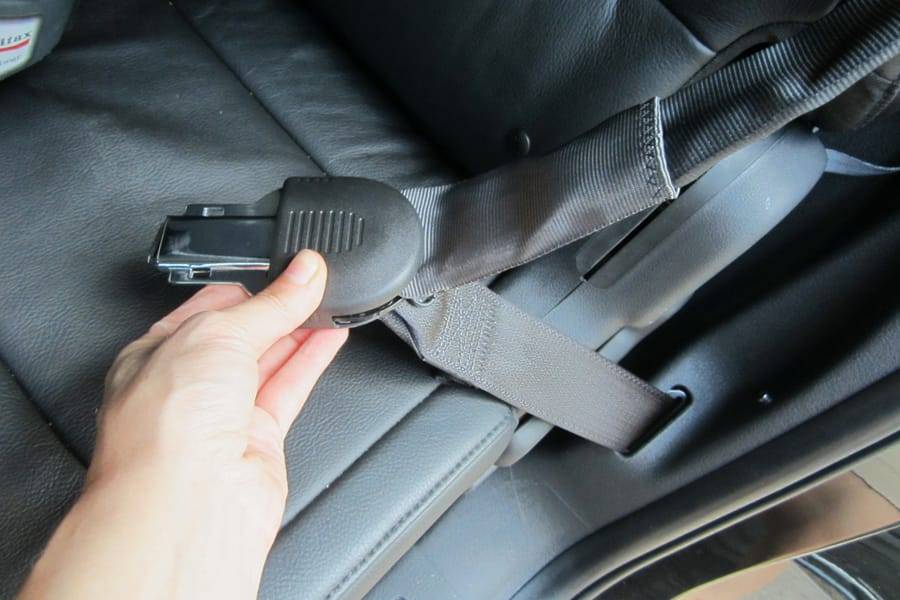 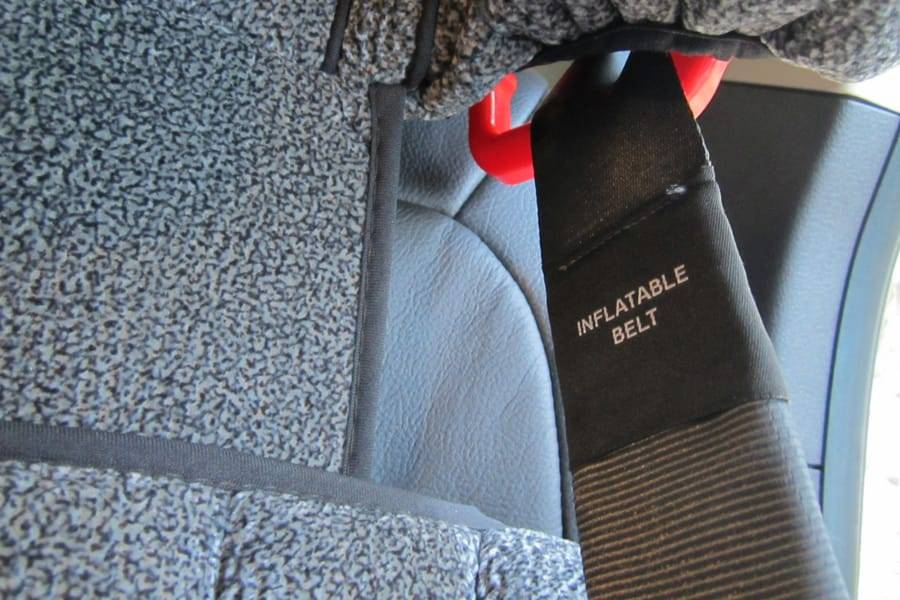 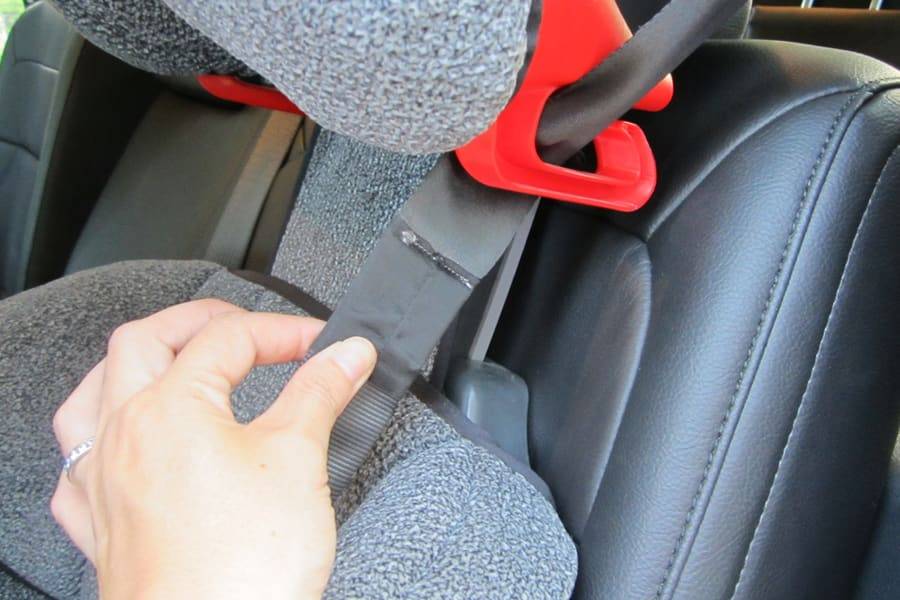 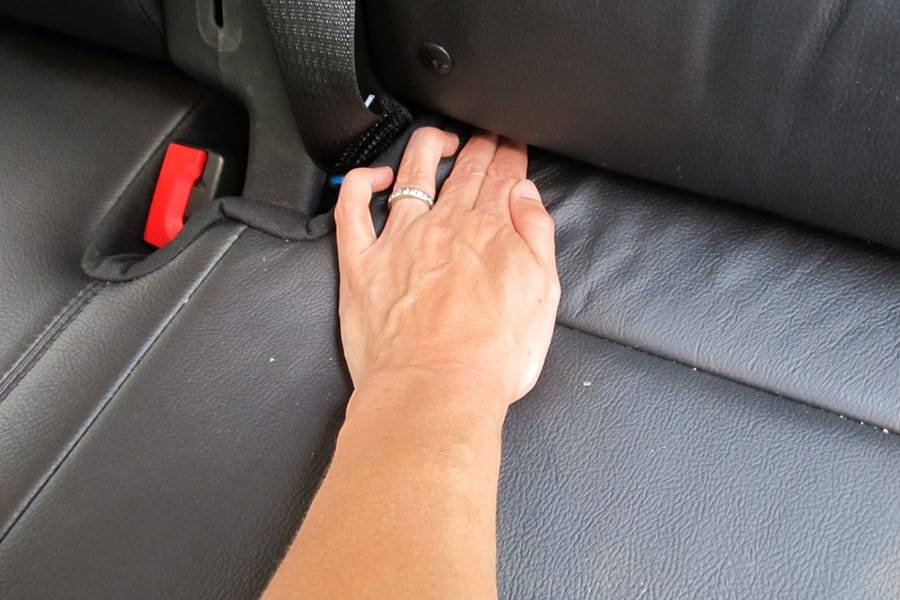 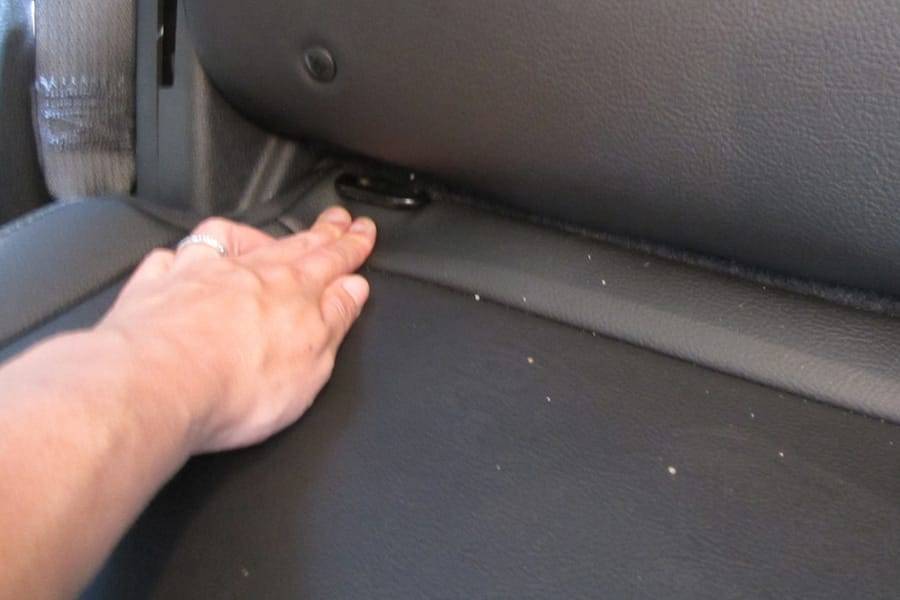 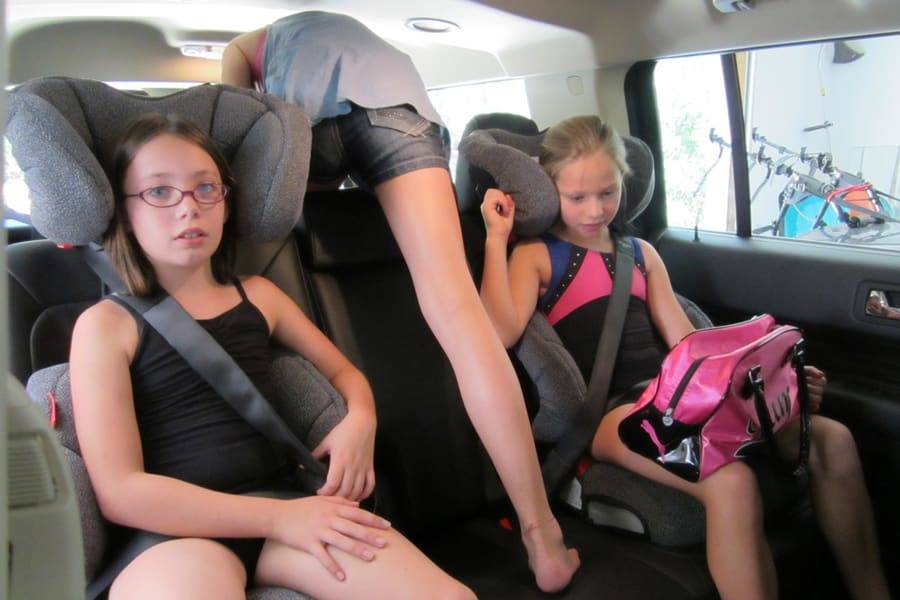 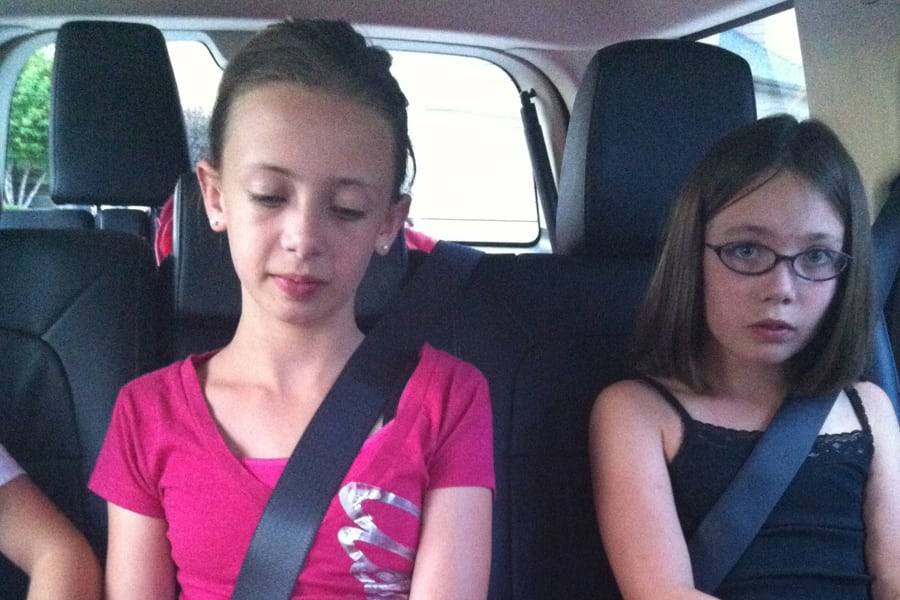 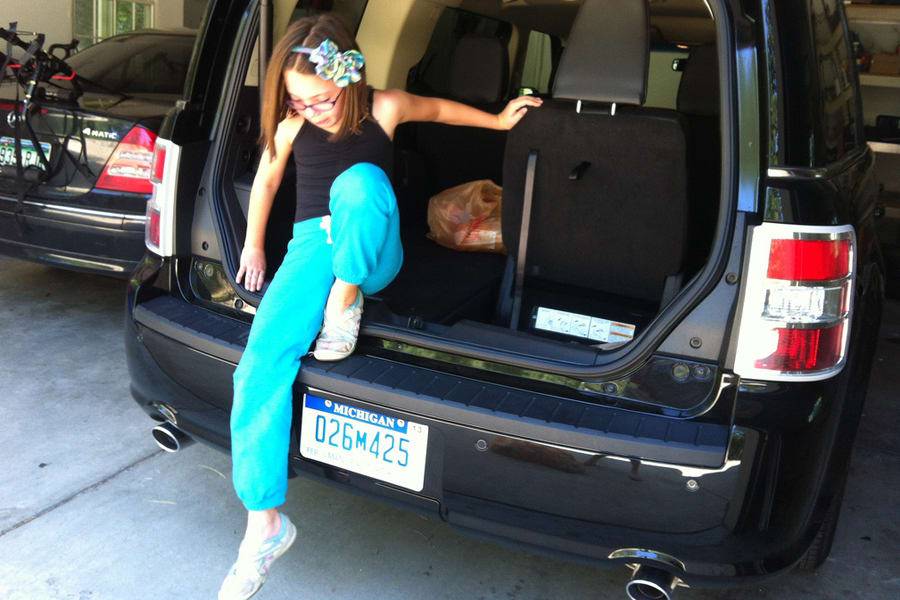 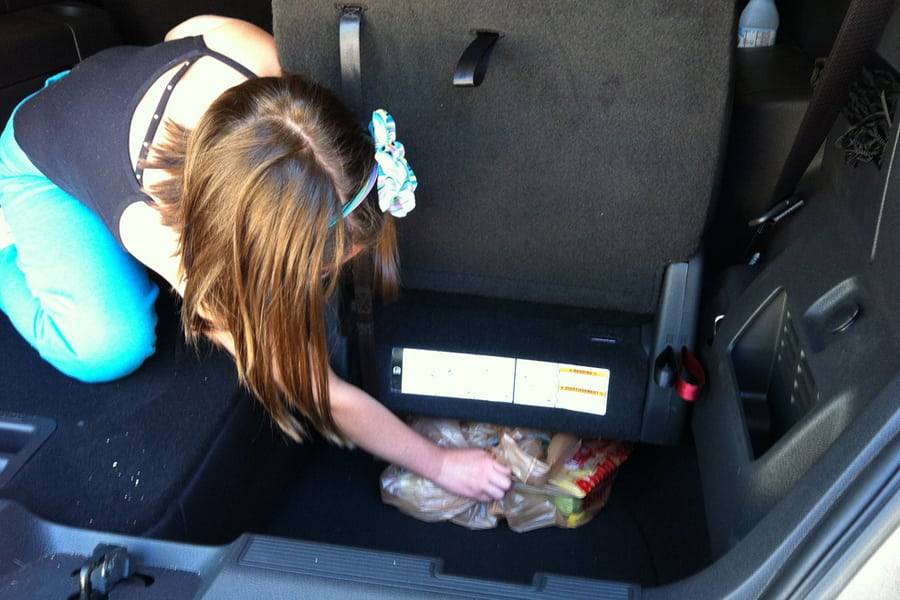 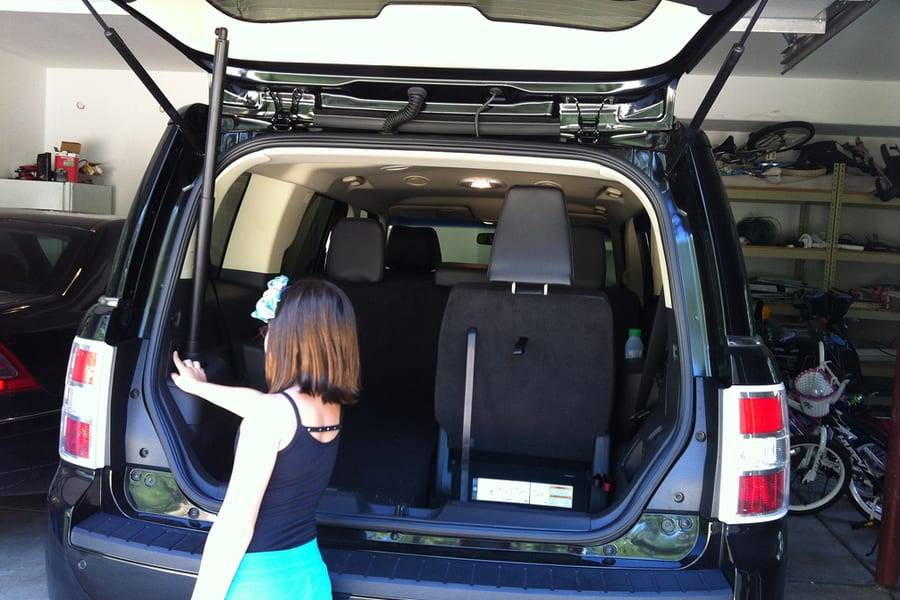 1/16
Updated slightly from 2012, the 2013 has an improved, sleeker-looking front end. | Toggle between photos using the right and left arrow keys. Cars.com photo by Kristin Varela

There are few cars these days that fulfill my complex family needs without making me feel like a frumpy shadow of my pre-mom self (you know, the woman who used to shower every single day, no questions asked). But some still pull it off.

Despite some dysfunction in the 2013 Ford Flex’s second-row bench seat, it can haul my entire family, and then some, and make me feel like a hip urbanite while doing it.

The 2013 Flex comes in four trim levels — the SE, SEL, Limited and Limited with EcoBoost — with a choice of front- or all-wheel drive, depending on the trim level (see them side by side here). The Flex has been updated slightly from 2012, including an improved, sleeker-looking front end. See the two model years compared side by side.

The Flex comes in both a six- and a seven-seat version. My all-wheel-drive SEL test car was the seven-seat version, which I’ll try to sway you away from (see the details in a recent post). If the Flex’s bold styling just isn’t for your family, you may also want to consider the slightly more conventional-looking Chevy Traverse and Mazda CX-9.

EXTERIOR
The Flex alternately looks like a retro woodless woodie and something I could imagine bouncing down the strip on hydraulics to a thumping beat that you feel more than hear. While I love the Flex’s unmistakably boxy exterior, I just can’t decide if its looks echo my own personality. Maybe I just need to layer on some more bling and crank the bass a little louder.

The Flex’s low stance accomplishes more than just an aggressive, low-rider look. It creates an exceptionally functional low step-in height. The height is perfect for me to slide right into the driver’s seat without having to crouch down to avoid the roofline or climb up into, like most SUVs. All three of my children (ages 7, 9 and 12) could easily get in and out without snagging their ballet tights. The Flex’s friendly step-in height would also function incredibly well for families in the sandwich generation who care not only for their young children, but also aging parents with decreasing mobility.

Our Flex SEL’s power liftgate was a $1,000 option (it’s not available on the SE but comes standard on the Limited trim level). While it’s a great feature for families, I don’t love the button’s location when the gate is raised — low on the pillar in the cargo area. The push, duck and run maneuver that my kids did to close the gate without getting bumped was a little nerve-racking. I’d rather have the button up high on the cargo door, as it is in many vehicles, so the kids aren’t tempted to try on their own. Of course, the power liftgate comes with pinch protection and raises back up if something or someone is in its way.

FAMILY-FRIENDLY FEATURES
The standard second-row bench seat in my test car proved to be more of a hindrance than anything else. With my two youngest kids still in Britax high-back booster seats, the most natural place for them is in the outboard seating positions. Because access to the third row is typically granted by folding and flipping the smaller portion of the 60/40-split bench seat forward, a booster seat in this position effectively blocks access to the third row. My 12-year-old daughter wasn’t a fan of trying to hurdle the bench seat to get to the third row, so she often settled for squeezing herself between the two booster seats, with one cheek on top of the seat belt buckle.

Second-row captain’s chairs with room for someone to pass between them is a much better option. Also, the bench seat is stationary, whereas the optional captain’s chairs slide back and forth to create additional legroom in either the second or third row, depending on where it’s needed. Despite that, there was plentiful legroom in the second row for all of my girls, even behind my husband’s front seat, which he pushes all the way back to make space for his long legs. Captain’s chairs aren’t available on the base Flex. They’re a $650 option on the SEL, and they run $750 on the Limited.

The rest of the Flex interior is quite well-thought-out and designed for big families. Countless nooks and crannies throughout the Flex help you stay organized. Up front, a large center console includes two cupholders for the front occupants, and additional cupholders extend backward for second-row passengers. A discreet pass-through storage compartment at the base of the main control stack was a great place to stash a bunch of extra napkins and wet wipes for the inevitable family mess. Other organizer’s delights include a deep storage bin lined in grippy material in front of the gearshift and a little lined storage bin just to the right of the driver’s knee.

For second-row passengers, bottle/cupholders are up high in the doors themselves, making it very easy for little ones strapped in child-safety seats or booster seats to reach their drinks or sippy cups. Additional storage in the bottom portion of all four doors and pockets on the front seatbacks keep books and such nearby.

With air vents in all three rows and the ability to control the climate in the back of the vehicle independently from the front, everyone stayed cool and content even on 100-plus-degree days. I could either operate the rear A/C myself from up front or let the kids monkey with it via controls on the back of the center console.

There’s plenty of cargo space behind the raised third-row seat thanks to the recessed floor. However, the deep well extends underneath the seats. If a can of chickpeas rolls out of your grocery bag, you may be flat out of luck for that hummus you were planning on making. (Or, like me, you could get your littlest child to climb in there and try to reach her arm under the seat to hunt for it.)

The third-row seat splits 50/50 and folds flat manually via an overly complicated system of pull-straps. Pull strap 1 to release and fold the head restraint, then pull strap 1 again and press the seatback forward. Next, pull strap 2 to release the seat cushion while simultaneously pulling the last strap to tumble the seat into the deep well. Next, load your stuff into the cargo area while simultaneously juggling fiery bowling pins. And if you want that seat to tumble backward to become a tailgating seat, don’t even try.

Or, you can opt for power-folding seats, which are available on Limited trims.

BEHIND THE WHEEL
Driving the all-wheel-drive Flex SEL with its 285-horsepower, 3.5-liter V-6 engine and estimated 17/23 mpg city/highway was quite a bit more fun than I expected it to be. It had plenty of power around town and just enough over hills and while getting up to speed on the highway. For those wanting more, the 365-hp Flex Limited with EcoBoost will decidedly up the “oomph” factor. Its EPA rating is 16/23 mpg. The most efficient Flex is the front-drive model with the 3.5-liter V-6, which is rated 18/25 mpg. The Flex has virtually no body roll in corners, like you typically experience in SUVs and minivans. Excessive body roll is a pet peeve of mine because it tends to toss smaller passengers from one side of their seat belt to the other, causing aggravation and motion sickness. The Flex’s smooth, solid ride quality was pure pleasure for the entire family on both short and long outings.

While the Flex is a huge vehicle, I noticed its size more once it was parked in my garage than I did while driving it. It felt much smaller to drive than it actually is, and while our other editors have noted a poor turning circle, the Flex’s 40.8-foot turning diameter is barely larger than the Chevrolet Traverse’s 40.4 feet.

SAFETY
The Insurance Institute for Highway Safety has categorized the Flex a Top Safety Pick, reflecting the highest rating of Good in frontal-offset, side-impact and roof-strength tests, as well as seat and head restraint protection against neck injuries in rear crashes. The National Highway Traffic Safety Administration awarded the Flex four out of five stars for rollover resistance, which is typical for this class. NHTSA has not performed crash tests on the 2013 Flex.

As is required of all new vehicles starting with the 2012 model year, the 2013 Flex has standard antilock brakes, an electronic stability system and traction control. The Flex comes with standard front airbags and front-seat-mounted side impact airbags, along with side curtain airbags for all three rows.

My test vehicle also came equipped with optional outboard inflatable seat belts in the second row. In the event of a crash, these inflate to spread the force of the impact across a wider surface area on the passenger, lessening potential torso injuries and abrasions. While I absolutely love these in theory, the reality is that they still need some refining in order to be more family-friendly. The thick, double-ply seat belt webbing was stiff and difficult for all three of my kids to maneuver. This, combined with the stationary chunky seat belt buckle, resulted in a struggle for my kids to buckle in independently.

For families installing child-safety seats, there are two sets of Latch lower anchors in the second row’s outboard positions. For Latches on flexible nylon webbing, which are usually more accessible, these ones are a bit of a struggle, as they’re buried in the seat bight. There is a third set of lower Latch anchors on the curb side of the third row. These are open, visible and easy to use.