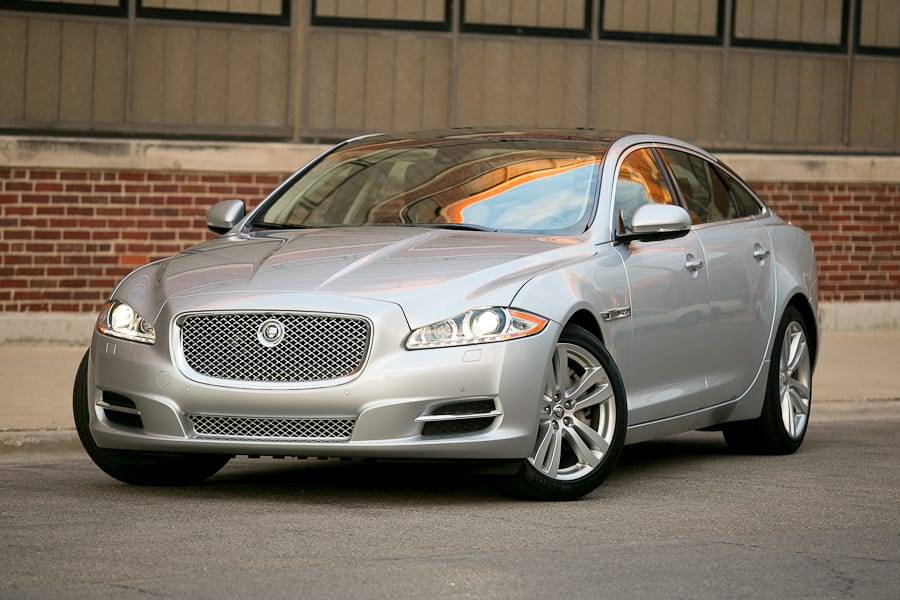 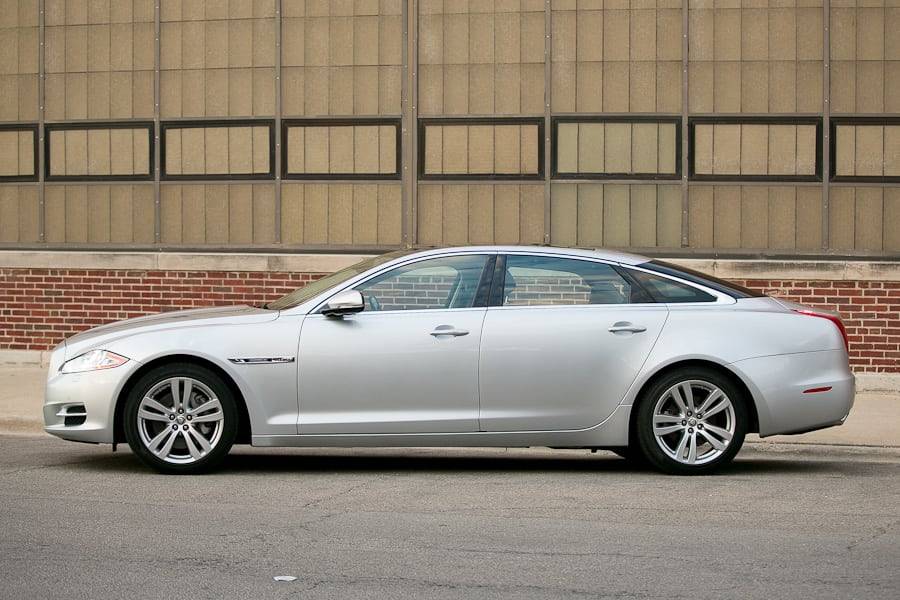 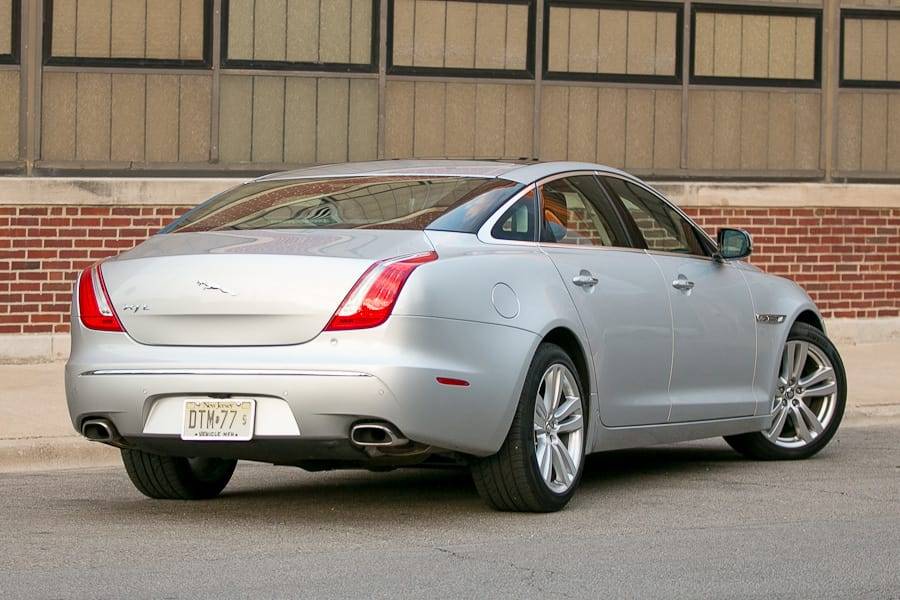 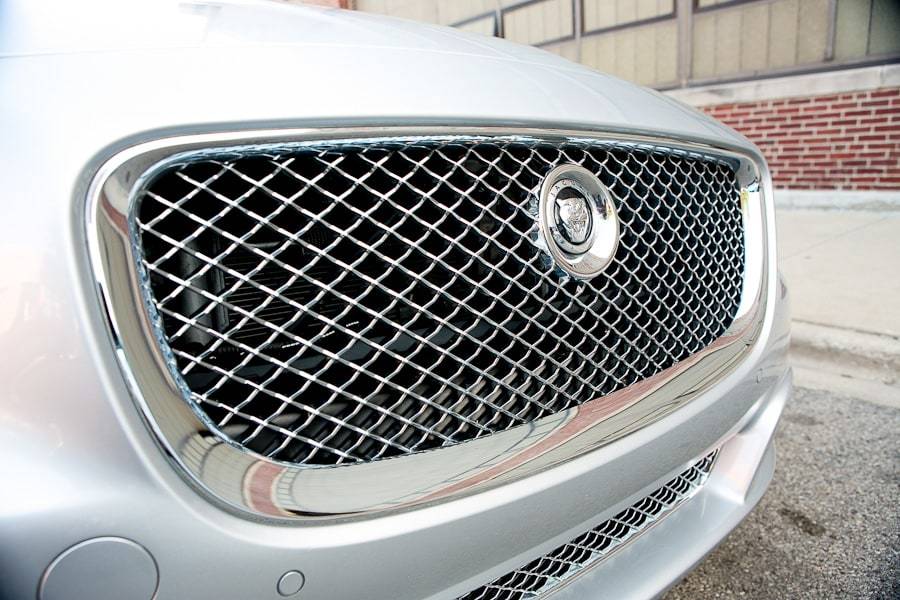 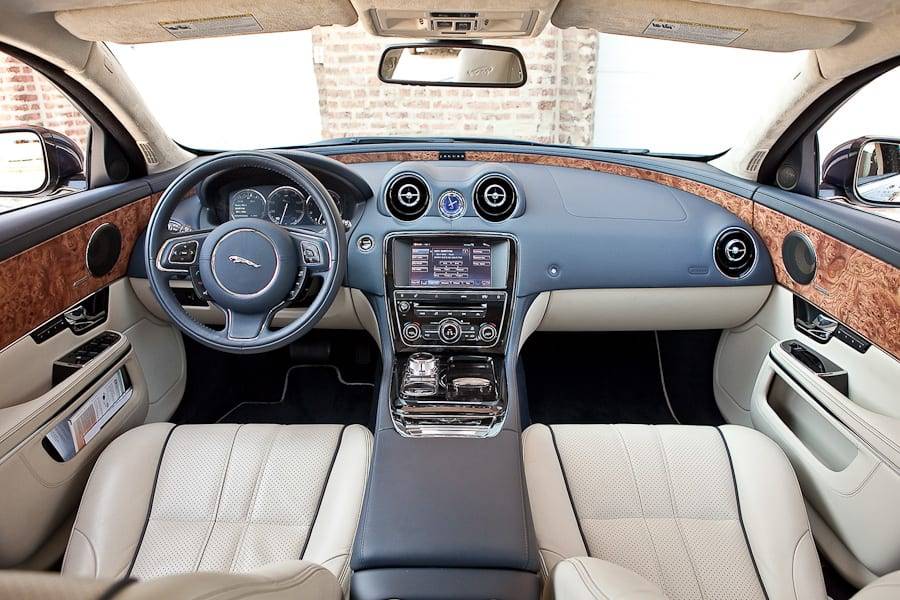 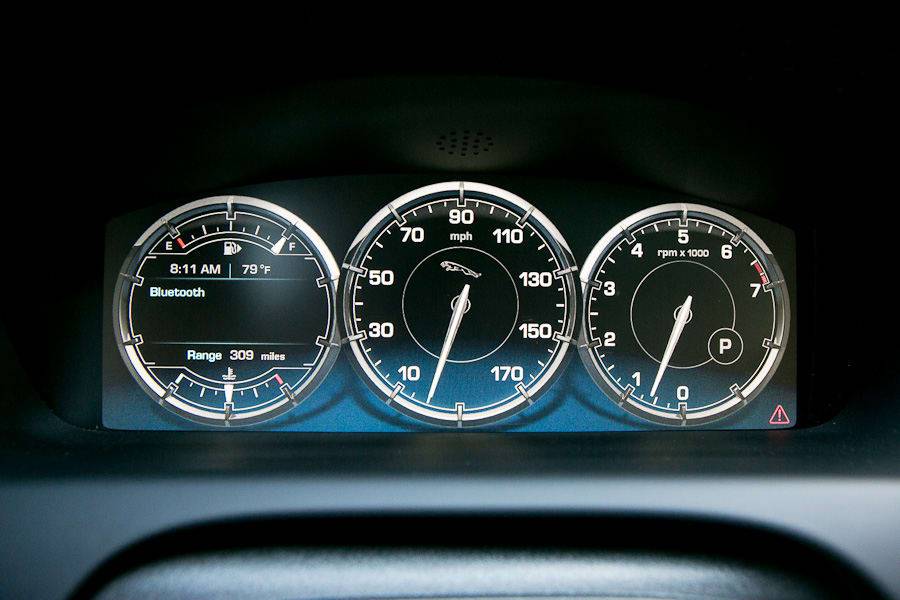 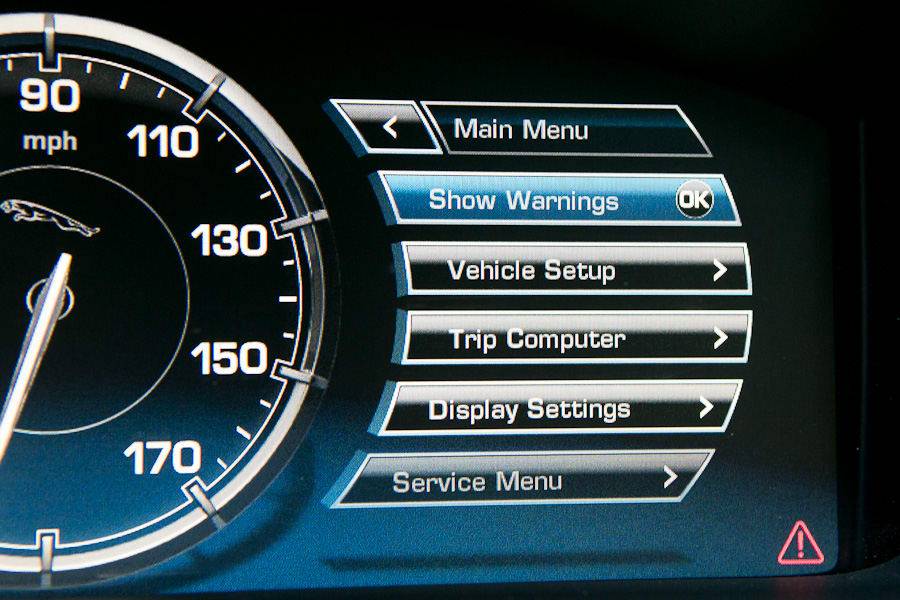 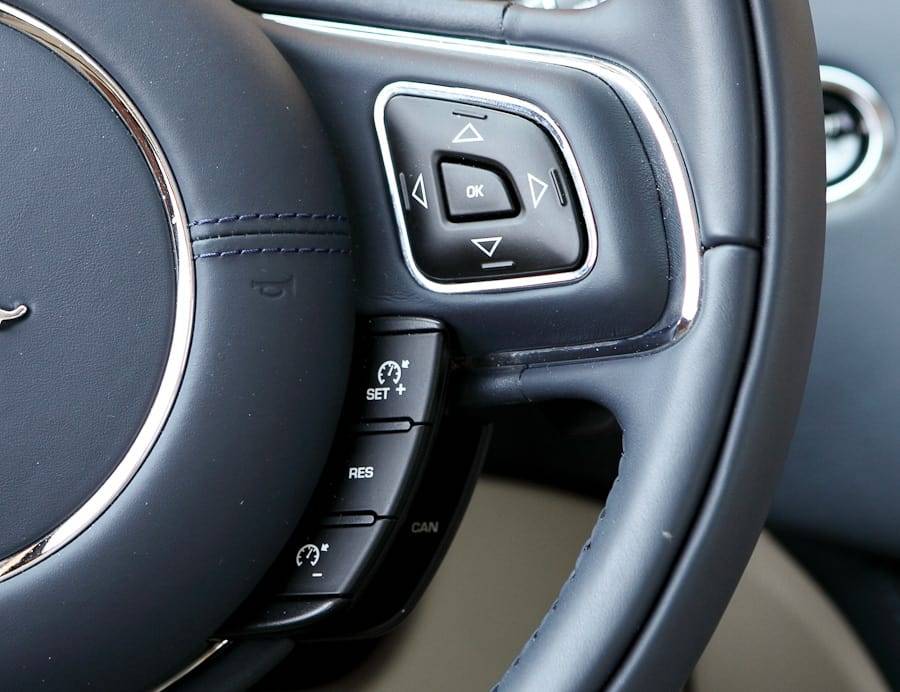 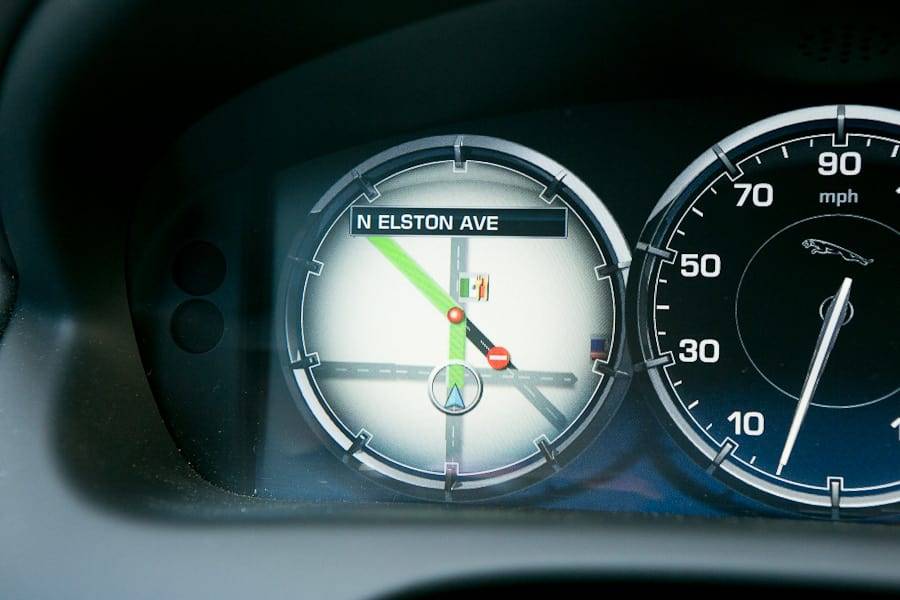 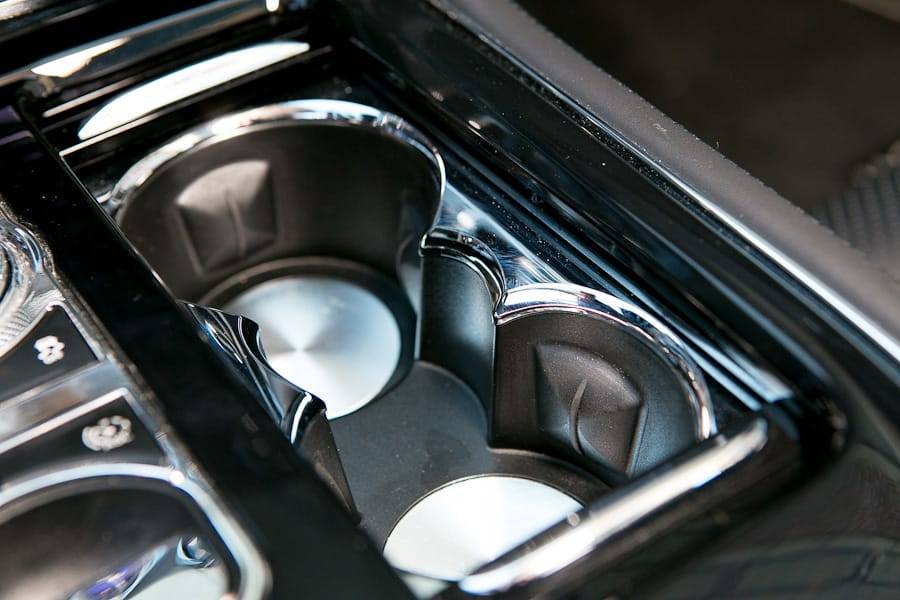 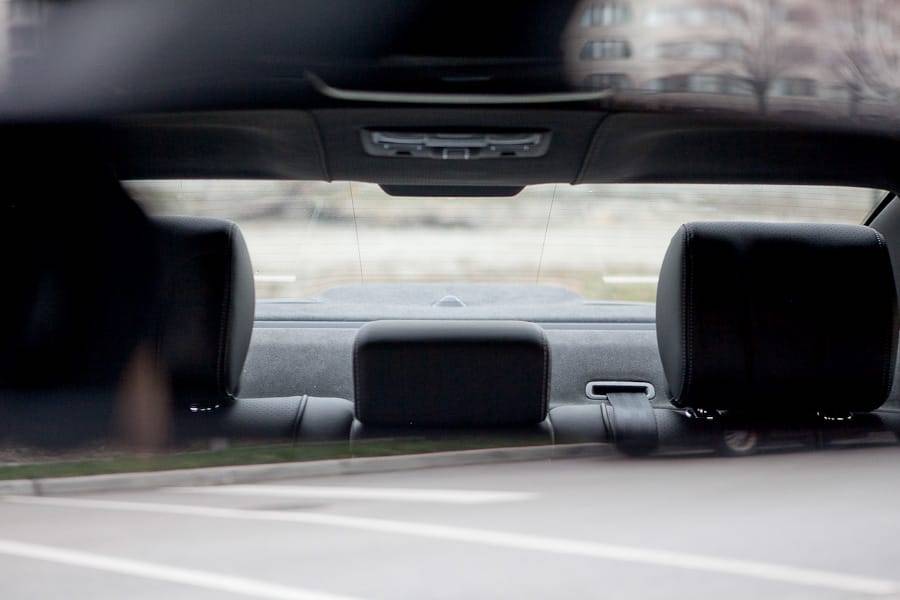 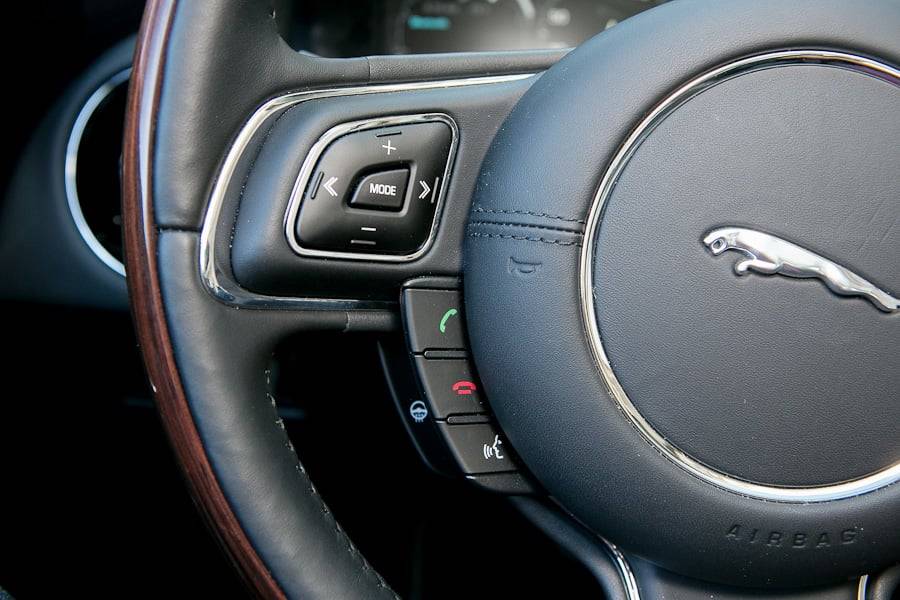 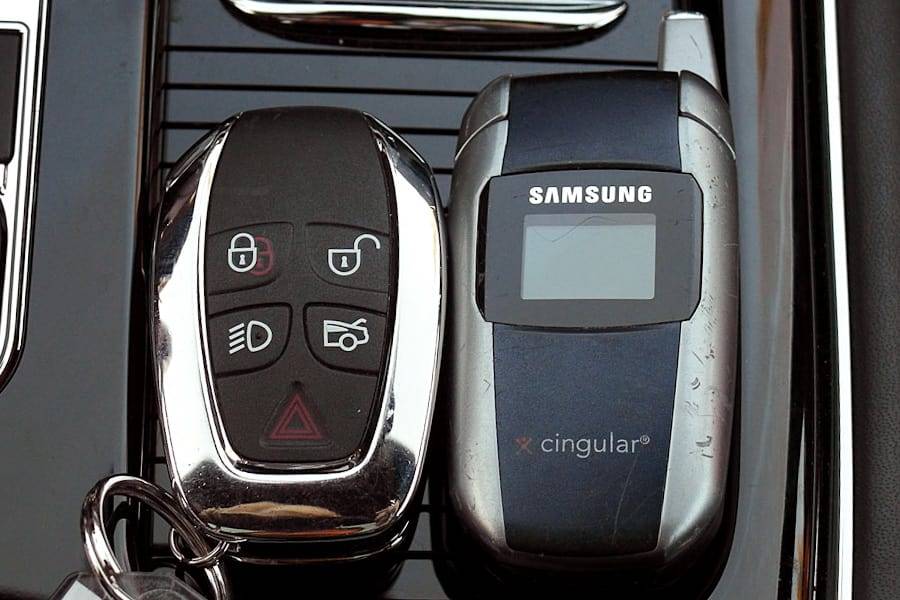 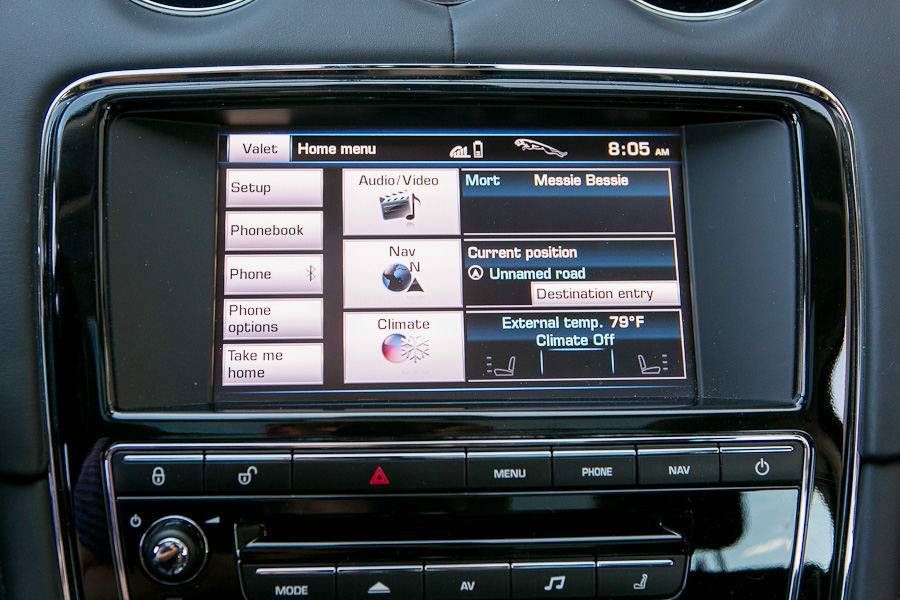 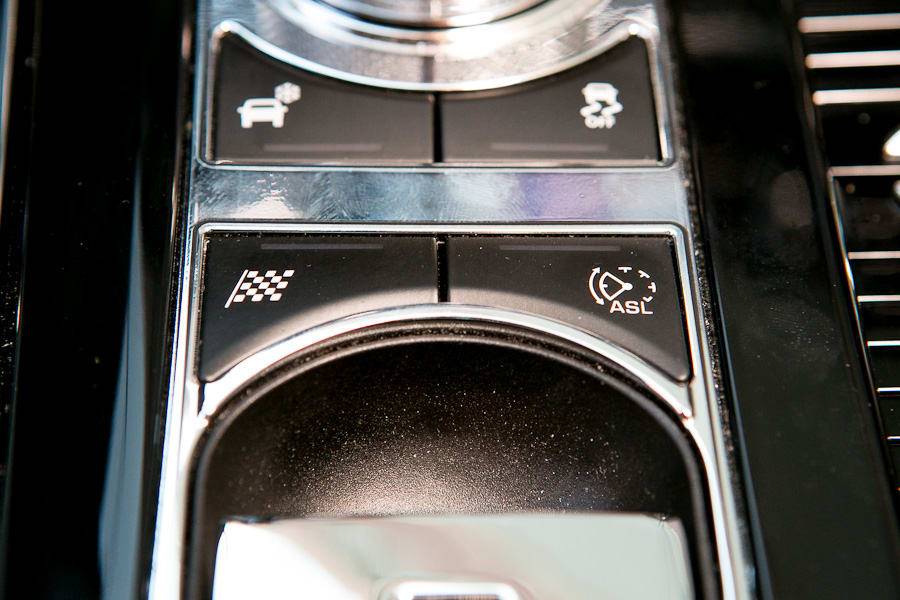 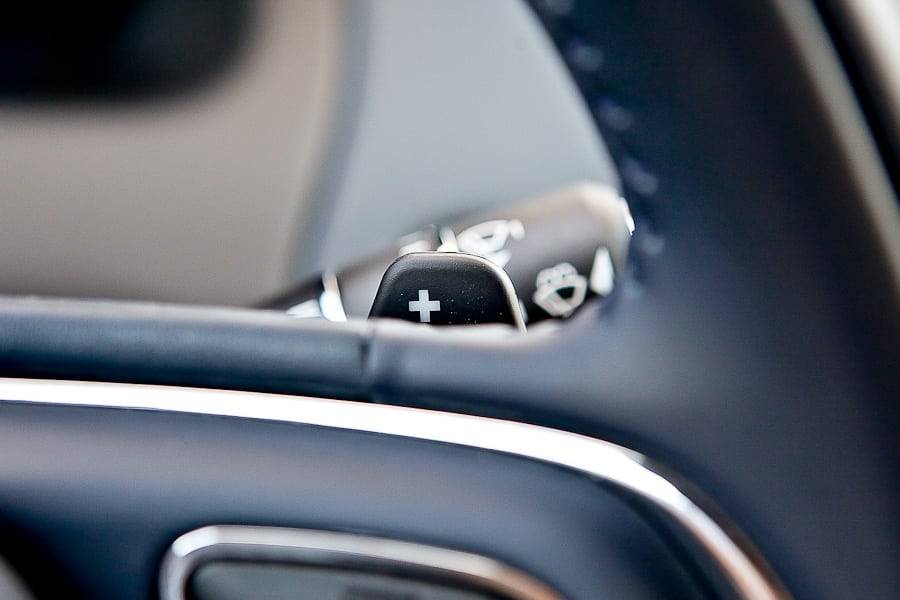 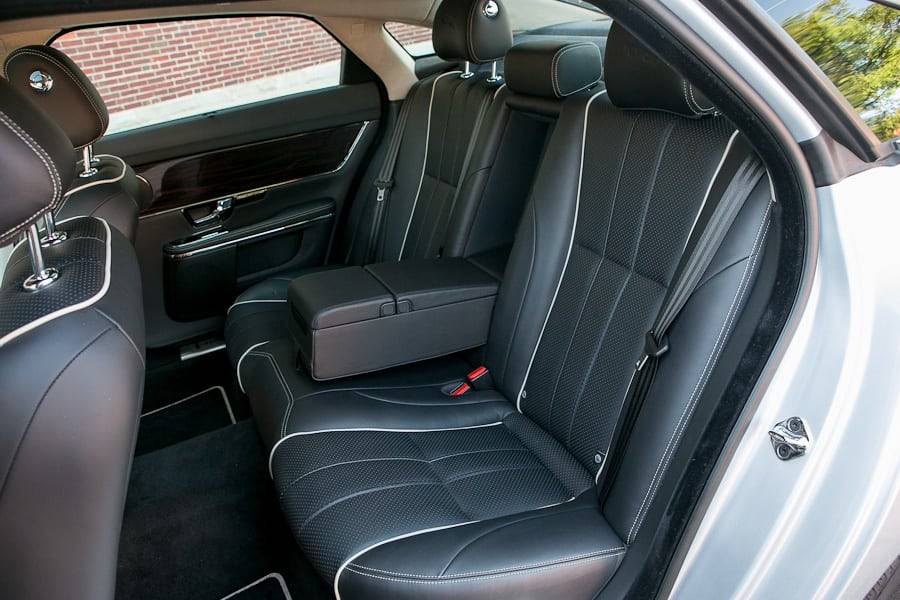 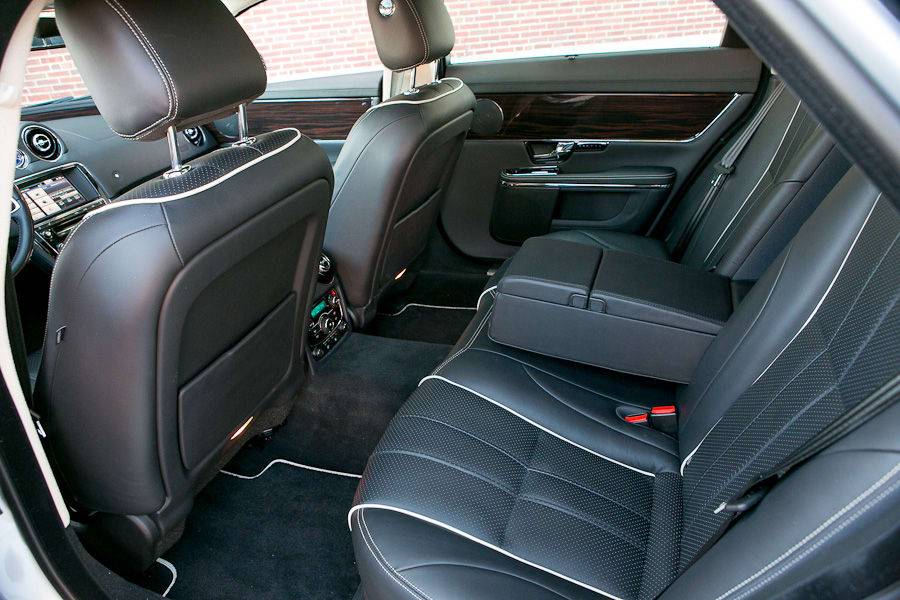 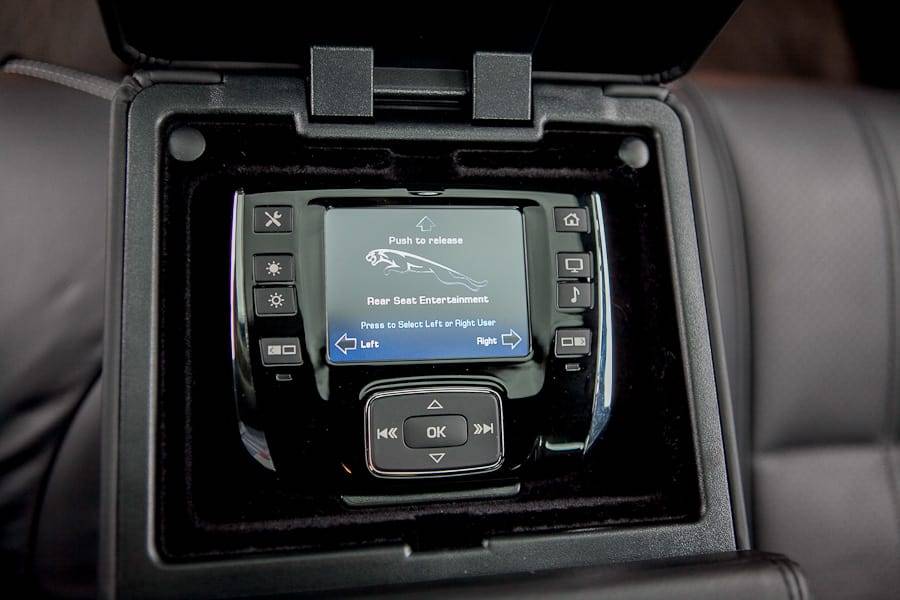 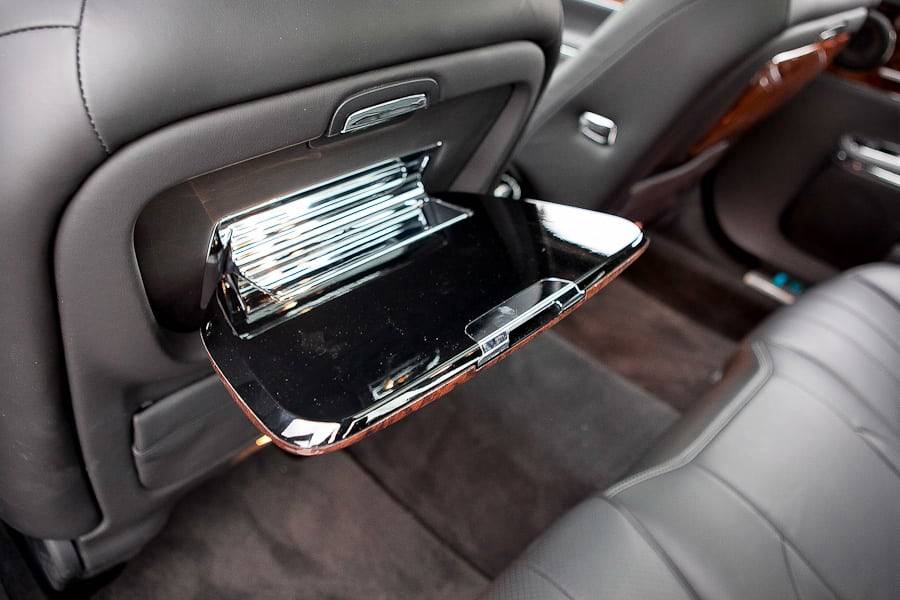 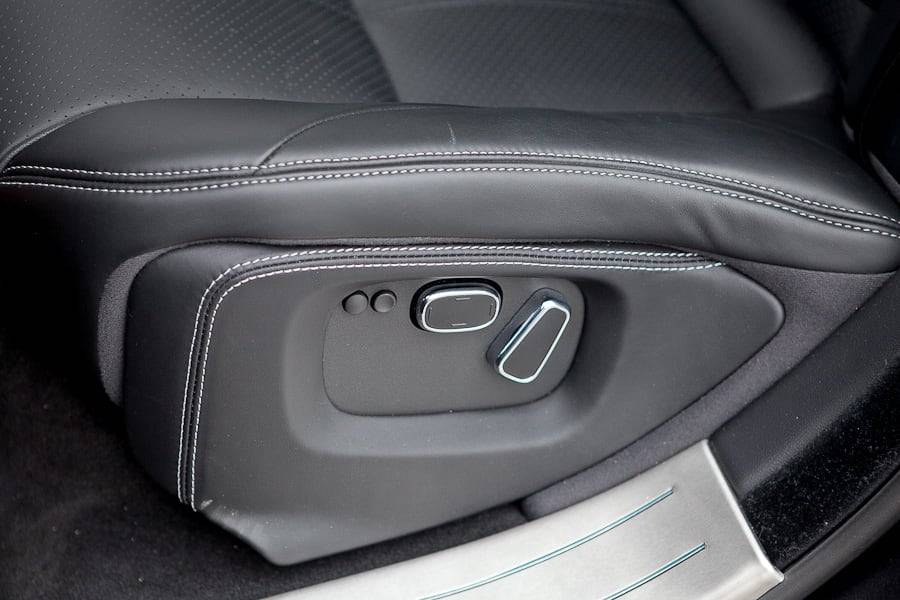 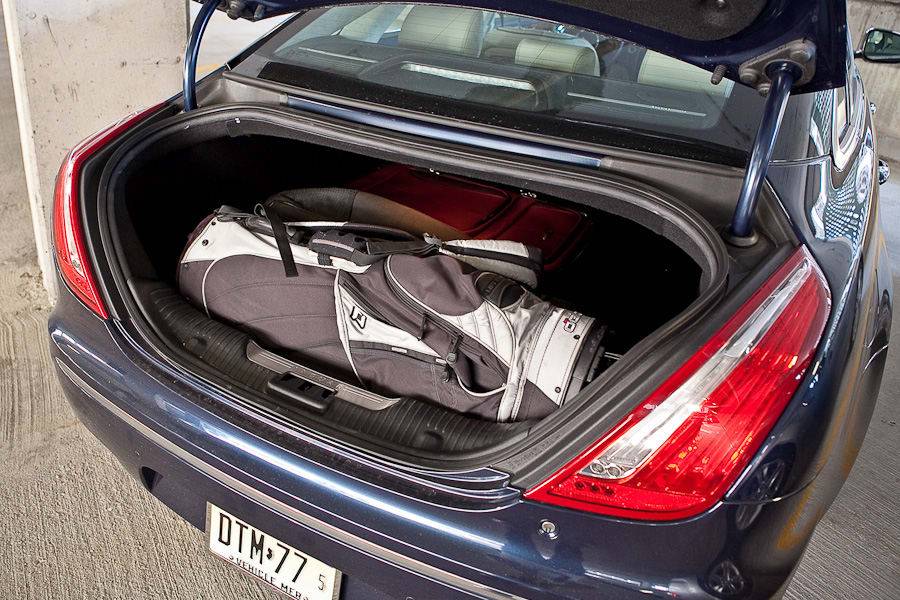 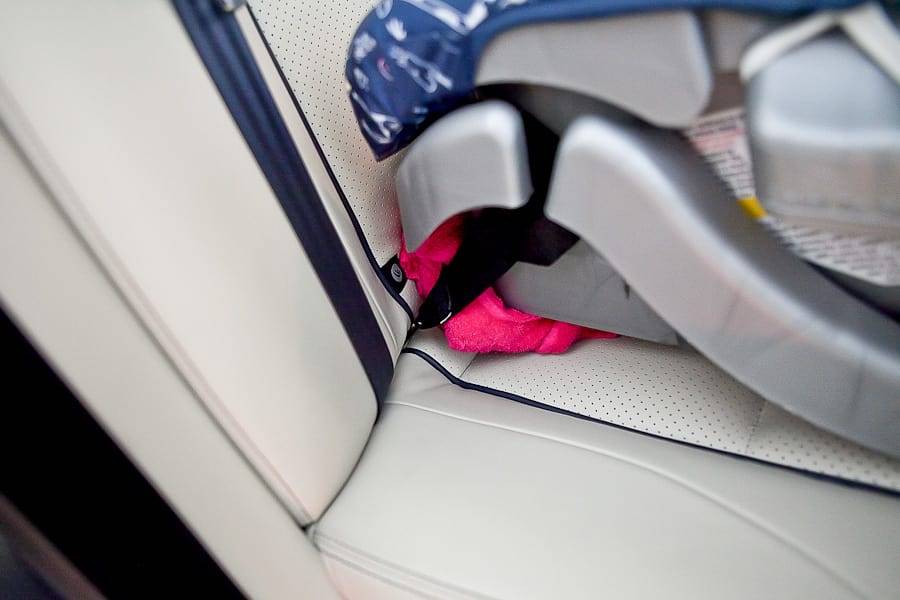 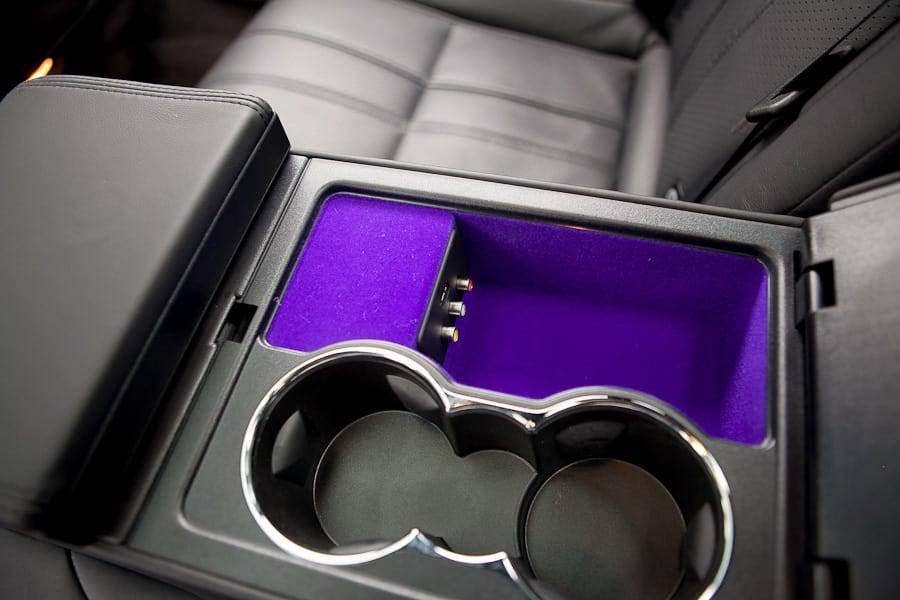 1/24
If the XJ doesn&#39;t look like a Jaguar to you, you haven&#39;t checked out Jaguars recently. The company dumped its classic (and played out) design for the 2010 model year. | Toggle between photos using the right and left arrow keys. Cars.com photo by Evan Sears

Editor’s note: This review was written in August 2012 about the 2012 Jaguar XJ. Little of substance has changed with this year’s model. To see what’s new for 2013, click here, or check out a side-by-side comparison of the two model years.

Despite costing almost $20,000 more than most competitors, the Mercedes-Benz S-Class is king of the full-size luxury sedan class, and deservedly so. But if luxury is about exclusivity, how exclusive is it to drive a car that sells roughly 12,000 or 13,000 units per year in the U.S.? The same can be said of its rival, the BMW 7 Series. Elsewhere, with sales at less than half that level, the lesser-known Jaguar XJ is a more exclusive choice, and a competitive one in many ways.

The Jaguar XJ is more of a driver’s car than its competitors, and it has a distinctive character in the full-size luxury class, but it’s hobbled by quality and reliability issues.

The model is available in regular XJ and a long-wheelbase XJL version that’s 4.9 inches longer, both in wheelbase and in overall length. Essentially all of those inches go directly to backseat legroom. Trim levels include base (short-wheelbase only), Portfolio, Supercharged and Supersport, the latter two featuring sequential engine upgrades.

We’ve tested each of these versions since the car underwent a radical redesign for the 2010 model year. New features for 2012 include a Rear Comfort Pack for the XJL Supersport; it adds adjustable, massaging rear seats and winged head restraints. The XJL Portfolio’s Executive Pack adds flip-down tray tables and a rear sunshade. (Compare the 2011 and 2012 models here.)

Exterior & Styling
If you think the 2011 XJ doesn’t look like a Jaguar, you’re not alone, but you probably also haven’t looked at other Jaguars lately. The XJ is just another step in a journey on which Jaguar’s designers embarked years ago. The change in direction couldn’t be more stark, as the XJ generation of 2004-2009 was distinguishable from the one that ran 1997-2003 only by learned observers.

To my eye, the new XJ is well-executed overall. Buyers must agree, because the new generation has quintupled sales despite the weak economy. From the side, the styling becomes a bit challenging because of a high beltline and fastback roofline that give the car short side windows and a profile similar to that of a so-called four-door coupe. After dark, the rear window consumes the blacked-out C-pillars, though the chrome trim that encircles the side windows foils the floating-roof look. It’s a minor quibble with dark paint colors, but I question how well it plays against lighter exteriors. The taillights, which climb up onto the fenders, are another controversial element, but I came to appreciate their overall effect and the way they emulate the scratch marks of a large cat.

My only strong objection is to the plastic-looking chrome grille. (Most grilles are plastic, but they don’t have to look that way.) On our recent silver 2012 XJL, the grille blended in better.

An Unlikely Driver’s Car
Since redesigns of this car and some of its competitors, the XJ’s driving experience has been my favorite, unless you count the Porsche Panamera, which does a surprising job of providing utility along with the expected driving prowess. BMWs might be known as ultimate driving machines, but I prefer the XJ’s lightness, body control and quick, six-speed automatic transmission over the 7 Series. At 4,045 pounds, the all-aluminum XJ weighs a substantial 364 pounds less than the Audi A8, 695 pounds less than the Mercedes-Benz S-Class, 299 and 519 pounds less than the BMW 740i and 750i, respectively, and 199 pounds less than the Lexus LS 460. Even if you compare the S-Class with the long-wheelbase XJL, the difference is 609 pounds. (See the major competitors compared here.)

If there’s a downside to the XJ, it’s the car’s firm ride. Many of our drivers were fine with it, but even with the adaptive suspension in its normal, more compliant, setting, there’s no doubt you’re more aware of the road surface in this car than you would be in its major competitors, though I expected it to be worse than it was in versions with 20-inch wheels. The base model has 19-inch wheels standard.

The XJ moves along quietly until you nail the accelerator, which produces an exhilarating growl. The base model scoots to 60 mph in 5.4 seconds. The brakes, though grabby until you acclimate to them, provide excellent stopping power and fine modulation. The base XJ is a triumph of tuning. The engine, transmission, adaptive suspension, traction and stability systems are meticulously harmonized to make the car feel right.

Save Your Money
I’m happy to report that the base XJ and XJL are all you really need. The higher trim levels don’t provide as unified an experience. The supercharged versions of the V-8 in the Supercharged and Supersport trim levels generate 470 and 510 hp, respectively. Here’s the thing: You don’t need it, and you might not even want it.

These two trim levels shave the car’s zero-to-60 time down to 4.9 and 4.7 seconds, according to Jaguar, but the added power becomes too much for the rear-drive layout, compromising the base model’s excellent unity. (The Jaguar is notably the only model of all those mentioned in this review that doesn’t offer an all-wheel-drive option.) How is 5.4 seconds to 60 mph not enough? The Supercharged adds $14,900 to the base price, and the Supersport adds another $22,600 on top of that. Both also subtract 2 mpg combined versus the XJ, which achieves an EPA-estimated 16/23 mpg city/highway. All the XJL versions, regardless of engine, are rated 15/22 mpg.

Unfortunately, where the XJ’s light weight giveth, its old-school big engines and relatively small gear count taketh away. Jaguar doesn’t make a V-6 version of the XJ for 2012, as BMW does with the 740i and Porsche does with the base Panamera, but the British company recently announced that a supercharged, 3.0-liter V-6 is on its way. With 340 hp and a new eight-speed automatic, it should provide competitive — and possibly class-leading — mileage.

If driving enjoyment is your first priority, forgo the long-wheelbase XJL version and go with the regular XJ for a more nimble experience.

The Inside
Overall, the XJ’s interior is beautiful to behold. Though the wood trim lends a classic impression, there are also contemporary shapes and surfaces that manage to work along with it. Jaguar offers some daring leather colors like navy, red and, in one of our test cars, inexplicably purple-lined storage compartments like the glove box and under the center armrest.

Some interior choices deftly combine colors I wouldn’t expect to work well together. There are several quality issues, however, that drag down one’s impression. Perhaps the worst is the instrument panel, which is a broad color LCD screen. It simulates three conventional analog gauges, allows some customization of what you see and supports some setup menus that you control using buttons on the steering wheel. When you activate Competition Mode, the gauge accents turn red to reflect that the shock absorbers have firmed up and the drivetrain will behave more sportily.

None of this is objectionable in theory; it actually justifies the switch to a digital display. The problem is simply that the resolution is too low. The gauges don’t look real. We’ve seen it executed better before (in the S-Class) — and since (in a car as modest as the Dodge Dart). The Mercedes’ center display is so crisp you can barely distinguish its gauge image from the two physical ones flanking it.

The steering wheel is loaded with buttons, some of which make a creaking sound that gives a terrible impression. The rubbery cupholder insert is another item that seems out of place in a rich car.

I’m thrilled — in spirit — that Jaguar has stuck with a conventional touch-screen system for some of its entertainment, communication, ventilation and navigation controls, but the screen’s delay in responding to touch is maddening. Sadly, though the once-loathed multifunction-knob systems favored by German manufacturers have improved and are seldom objectionable, the familiar and once-preferred touch-screens in the XJ and elsewhere have developed quirks and glitches.

Finally, it’s not a quality issue per se, but, good lord, why is the keyless-remote transmitter so enormous? Seriously, it’s the size of a small cellular phone and weighs — no joke — roughly a quarter-pound. Jaguar should supply suspenders to hold up your pants.

Spaciousness
The front seats have good legroom — roughly the same as the A8, a bit more than the 7 Series and a bit less than the S-Class. The Lexus LS 460 beats the S-Class by almost 2 inches, but pays a price with the least backseat legroom.

Short-wheelbase versions of these cars otherwise have comparable backseat legroom: roughly 38 to 39 inches. The S-Class has 42.3 inches but doesn’t come in a long-wheelbase version, which adds 4 to 6 inches in the other cars’ extended models.

All these cars have rather high, wide center floor humps, which really calls into question their usefulness for three passengers.

Once inside, the XJ has decent headroom, but the low roofline makes it difficult to get in without clobbering yourself. In this regard, it’s probably the worst of the group.

Safety
Because of its low sales volume, the Jaguar XJ (along with all other current related models) hasn’t been crash-tested by either of our preferred safety agencies.

The XJ has six airbags: the required front pair, front-seat-mounted side-impact bags and side curtains flanking the front and rear seats. As is required of all new vehicles starting with the 2012 model year, the XJ has antilock brakes and an electronic stability system with traction control. A standard selectable Snow Mode for the drivetrain is designed to minimize slippage when accelerating on slick surfaces.

Jaguar wisely includes a blind spot warning system, a backup camera and rear sonar sensors as standard equipment, because the car’s rear window is small, very high and blocked by backseat head restraints that don’t fold down. Potential buyers should make sure this isn’t too much of a problem.

Jaguar XJ in the Market
There’s a lot to like in the Jaguar XJ. I can imagine enjoying its driving experience every day. But it comes with some shortfalls, most notably quality problems. Apart from the aesthetic issues I detailed, the car consistently has poor reliability ratings from owners. Even in our experience with a few test cars, we encountered a false low-coolant warning, a backseat vanity mirror that wouldn’t stay stowed in the ceiling and a remote control for the rear entertainment system that powered off when removed from its charging cradle.

For what it’s worth, our most recent test car was flawless. Perhaps it was just a fluke, or perhaps this supports Jaguar’s claim of improving scores in the past two years’ J.D. Power Initial Quality Survey ratings (based on the first 90 days of ownership).