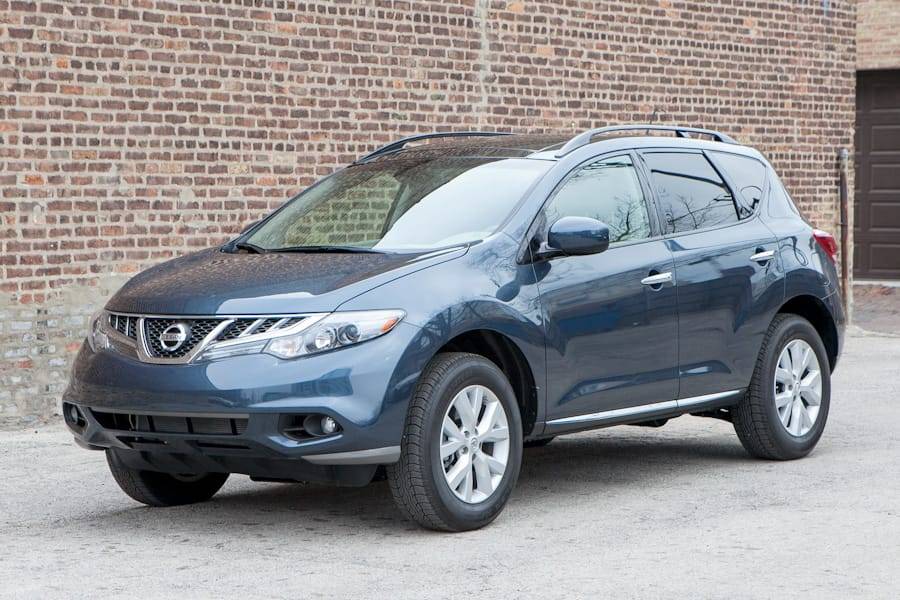 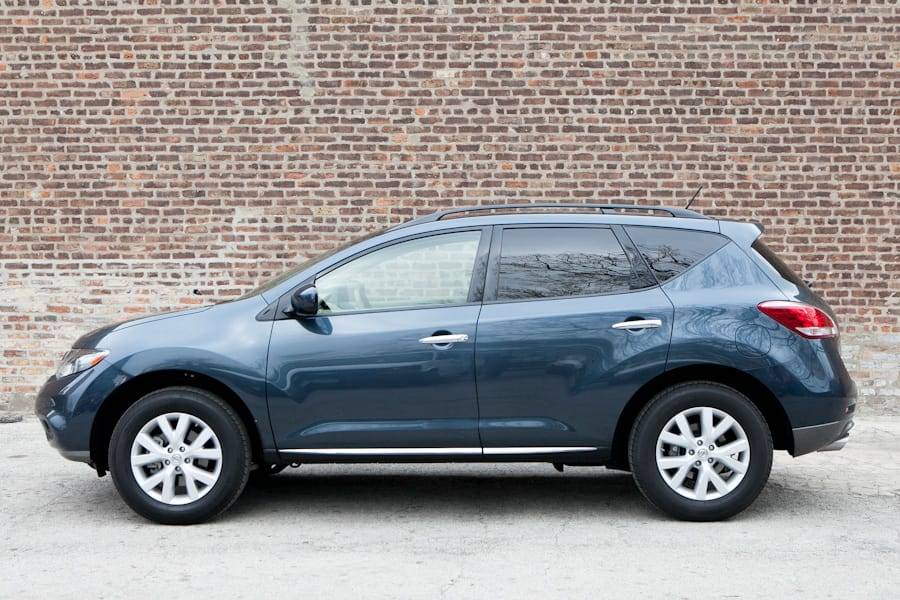 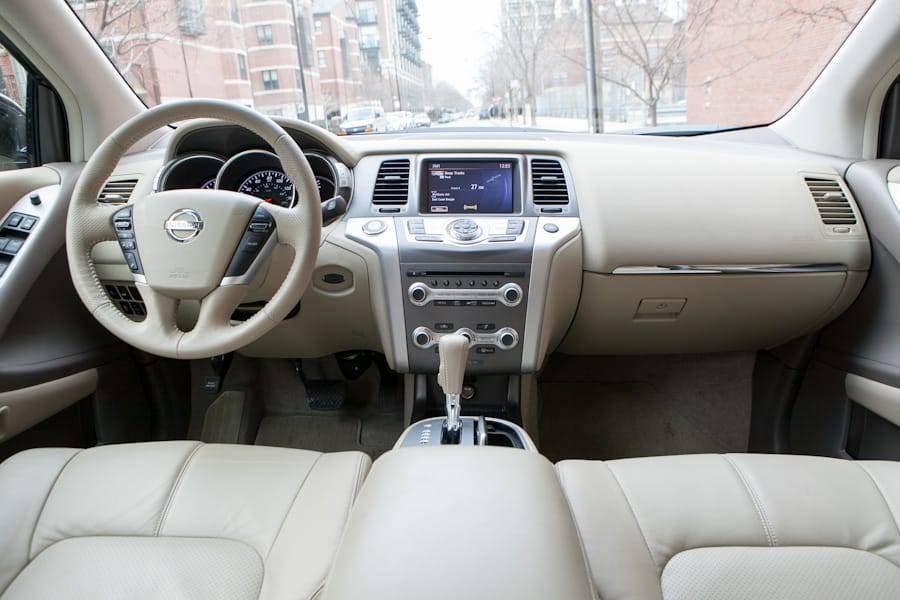 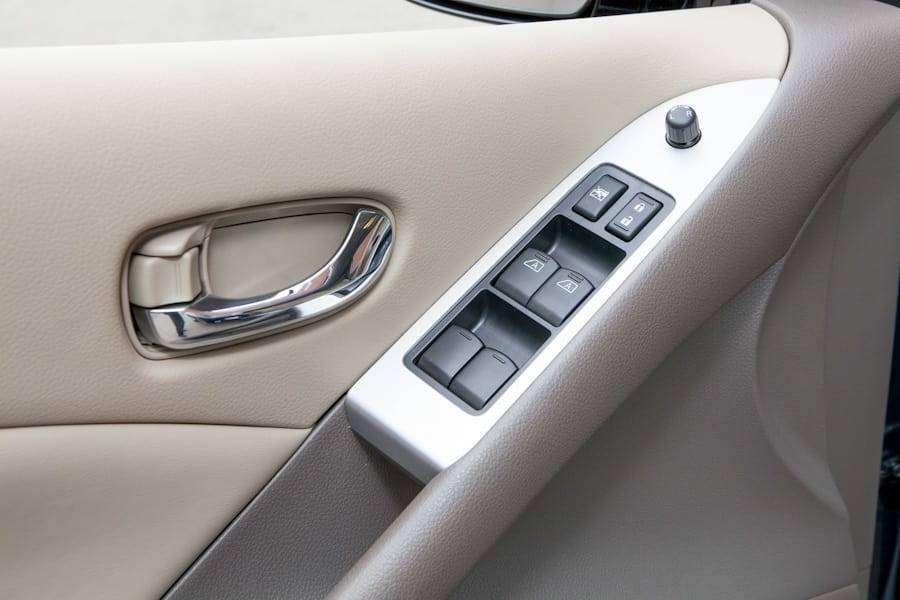 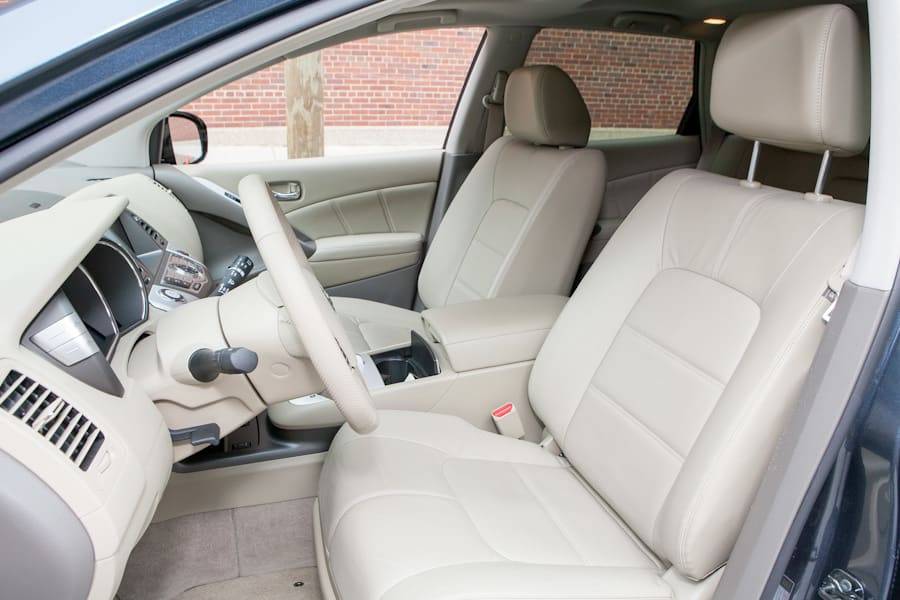 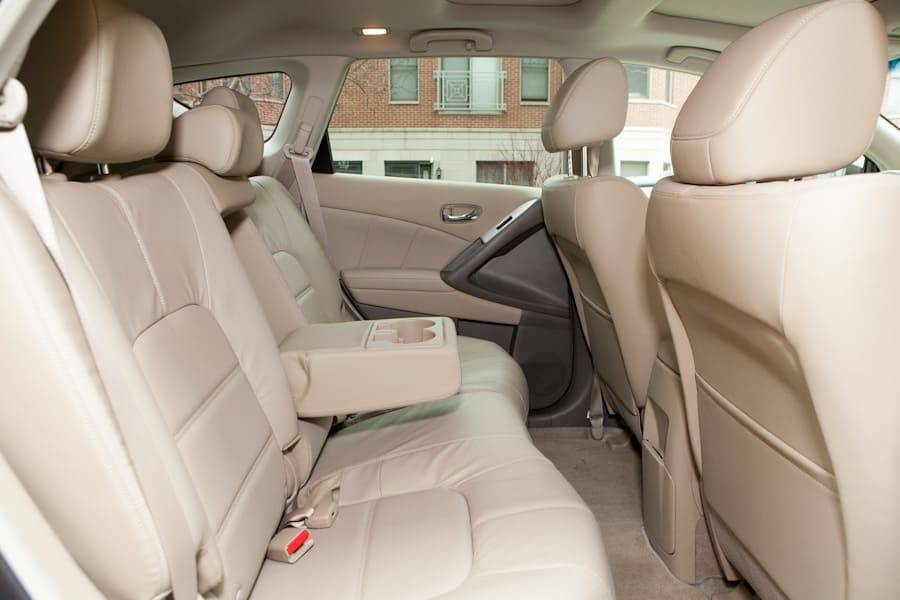 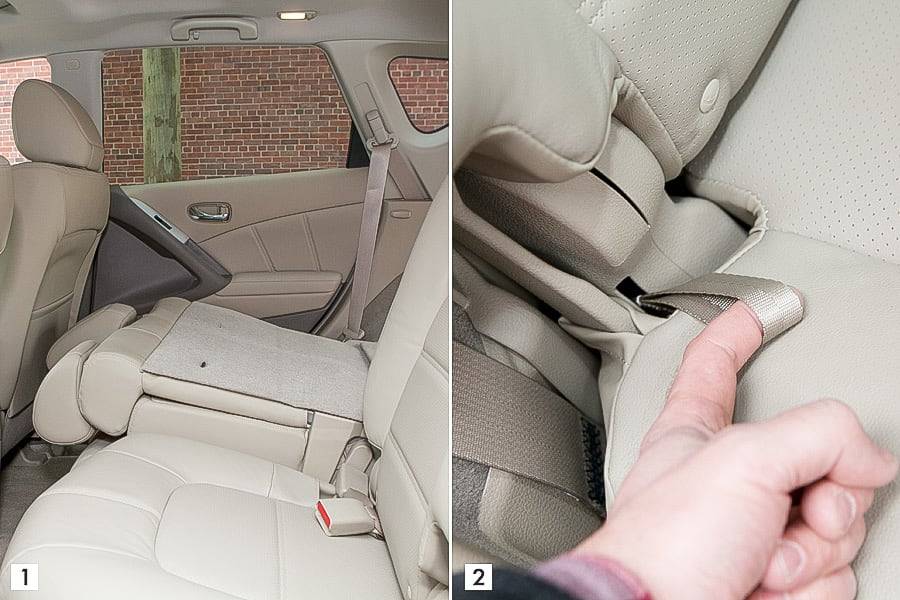 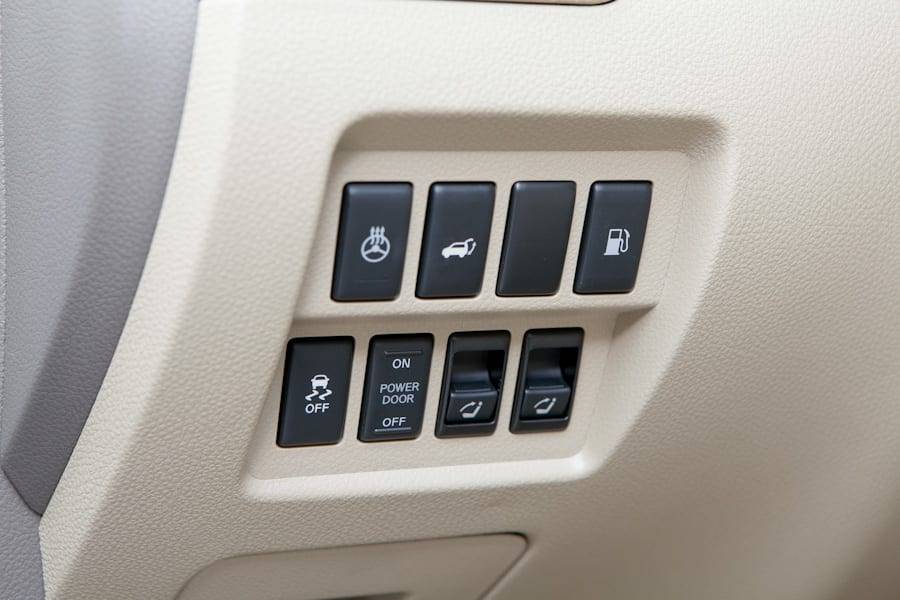 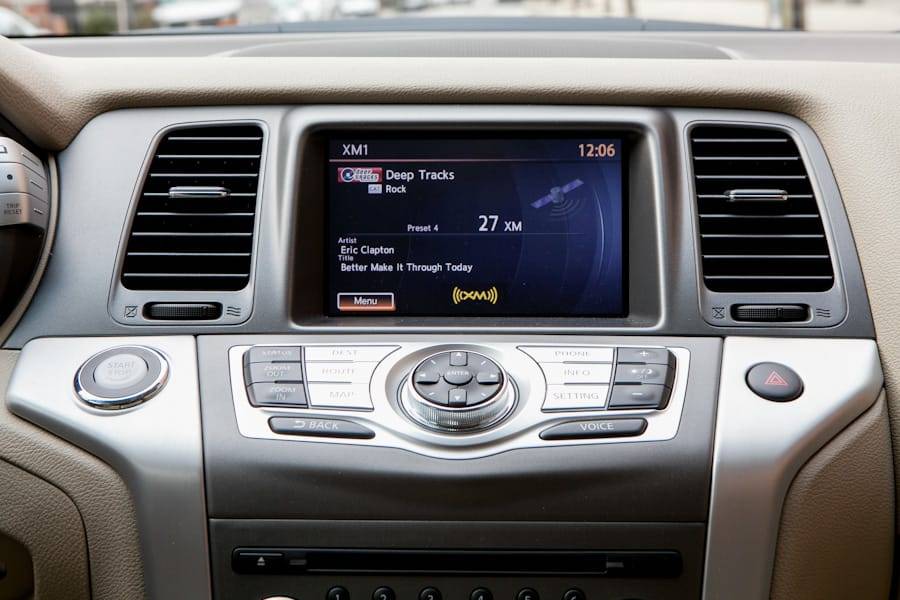 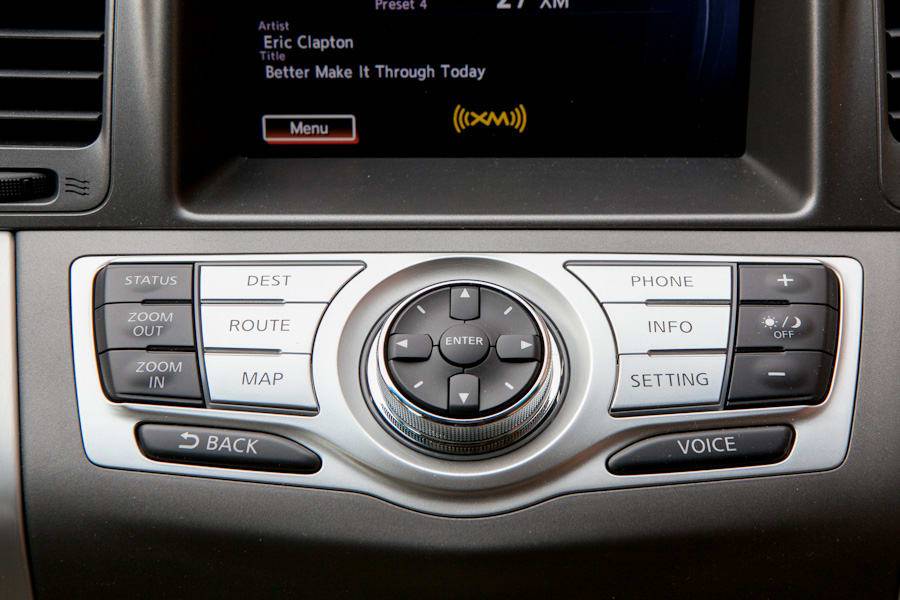 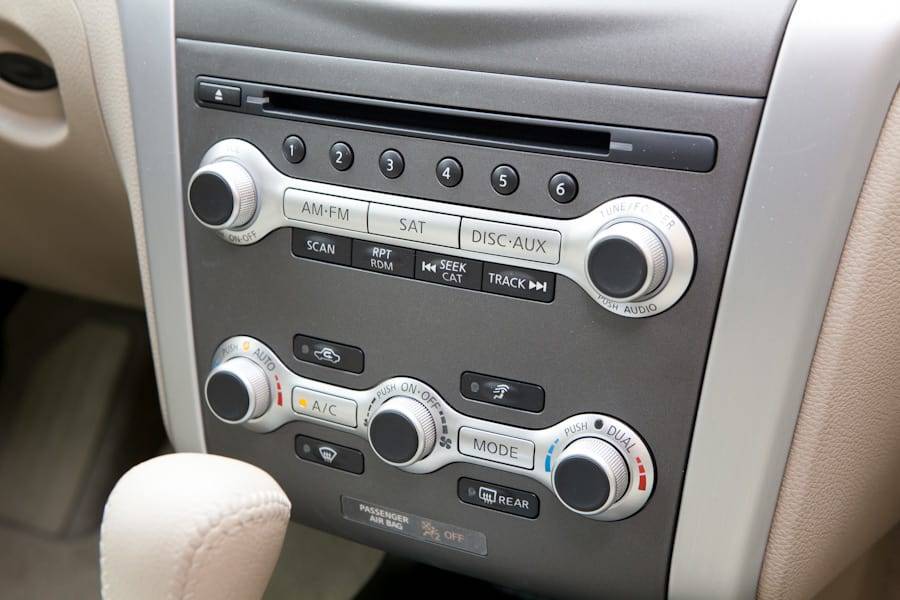 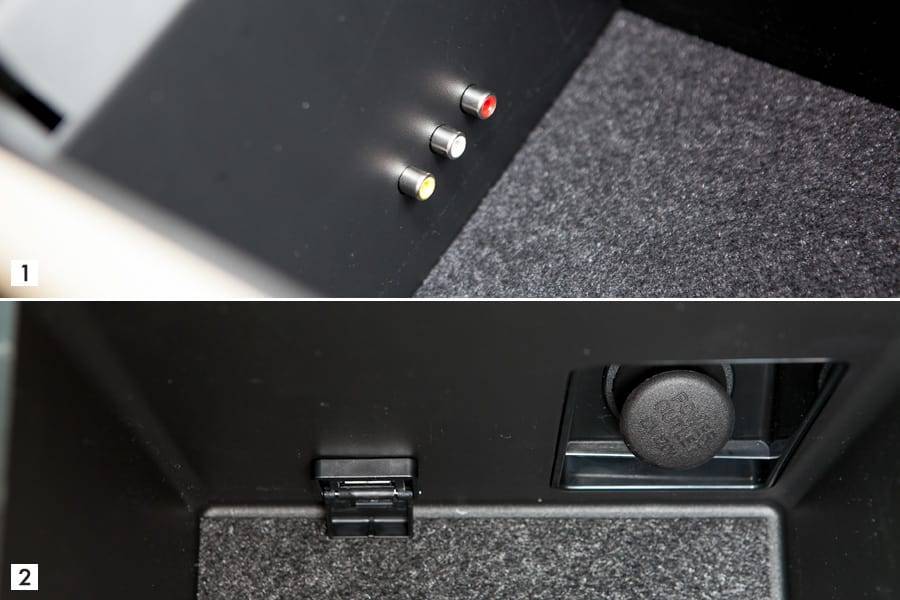 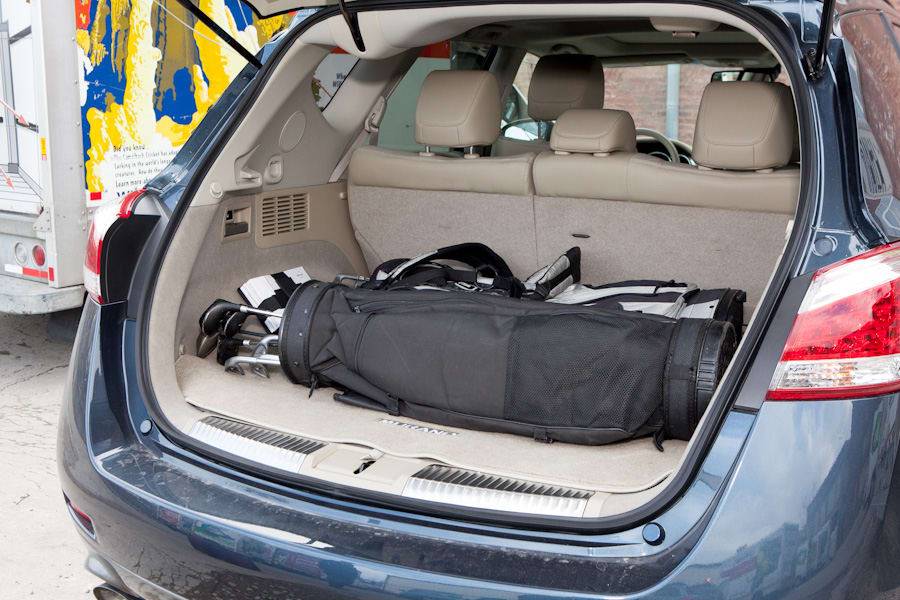 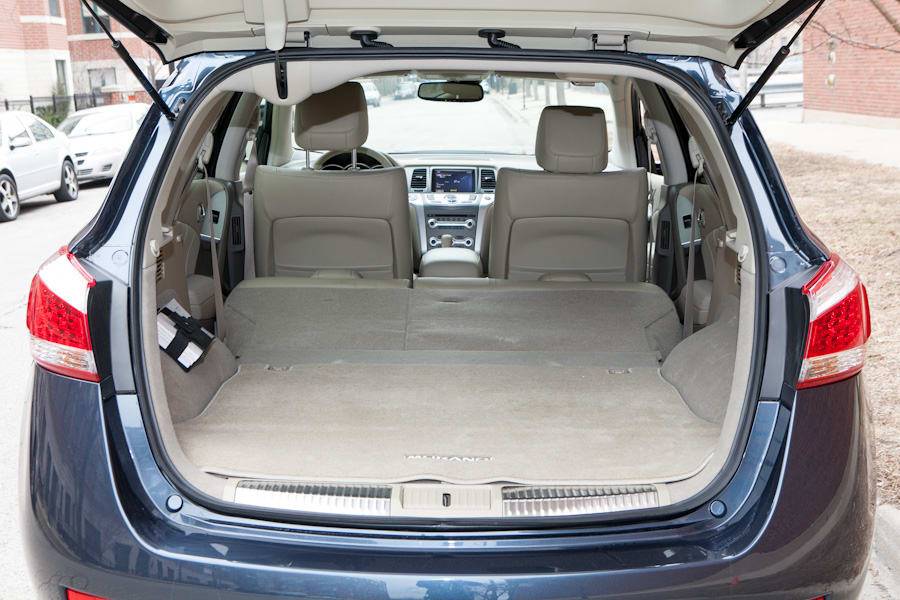 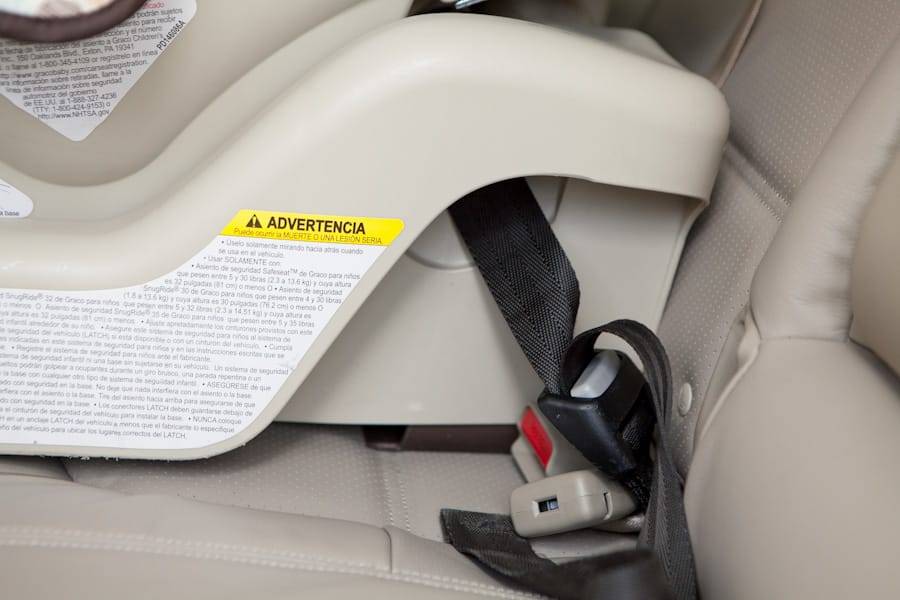 1/16
The Murano is a peculiar-looking vehicle. Always has been. If you don&#39;t mind it, or even like it, the Murano will reward you in other ways. | Toggle between photos using the right and left arrow keys. Cars.com photo by Evan Sears

Editor’s note: This review was written in June 2012 about the 2012 Nissan Murano. Little of substance has changed with this year’s model. To see what’s new for 2013, click here, or check out a side-by-side comparison of the two model years.

The 2012 Nissan Murano remains a comfortable five-seat crossover with a higher-quality interior than you’d expect from a non-luxury brand, but shoppers should watch that gas mileage.

Now three years into its second generation, the Murano is showing its age — not in the driving experience or its interior quality, but in efficiency. This stands out because the Murano was once one of the most efficient SUVs on the market, thanks to car-based construction and an efficient continuously variable automatic transmission, both of which were rare in the midsize class when the Murano made its 2003 debut.

What’s New
With the addition of an SV trim level for 2011, the Murano comes in four trims: S, SV, SL and LE. Starting with the 2012 model, the S trim level has a 7-inch monochrome display and the LE is eligible for a new optional Platinum Package, which adds 20-inch alloy wheels and a navigation system. Otherwise, there are few changes for 2012 (see the two model years compared). All trims come with front- or all-wheel drive. We tested a Murano SL AWD.

Rewards Await You
The Murano is a peculiar-looking crossover; always has been. If you can get past that, or like it, rewards await you inside. Particularly in the higher trim levels, the Murano has a nicely appointed cabin. The SL we drove had rich leather and one of my favorite elements: real aluminum trim. Why many luxury automakers continue to use obviously fake stuff boggles the mind. Speaking of luxury, since the beginning the Murano has bumped up against the Infiniti brand, which Nissan owns, but there was never a direct conflict. (The midsize Infiniti FX has rear-wheel drive and a separate platform altogether.) The all-new 2013 Infiniti JX35 is much more like the Murano, though it’s larger and seats seven. Merely $1,615 separates the top front-drive Murano trim from the base JX35, however.

The Murano’s three-passenger backseat doesn’t have the fore/aft adjustment we’ve come to appreciate in more recent crossover models, but those in the rear seats won’t be hurting for legroom, despite a specification that’s lower than those of a few key competitors. The cargo area is large enough, too.

All told, the rear seats are exceptionally well executed. A canvas strap on the door side of the outboard seats allows passengers to adjust the 60/40-split backrest’s angle easily. The seats also fold flat in a single step. Because they’re spring-tensioned, you can lower them from the cargo area, too, using levers on the corresponding side. Even better, an optional power return feature on the higher two trim levels lets you raise them from the same location. If a passenger opens the backdoor to find the seat folded, the driver can raise it remotely using a switch on the dashboard.

To see how various child-safety seats fit in the Murano, click here.

Comfort & Poise
All the interior niceties would be meaningless if the Murano were otherwise disappointing, but that’s far from the case. It provides a good mix of ride comfort and handling poise, and the standard 3.5-liter V-6 has plenty of power. The Murano was an early adopter of the continuously variable automatic transmission, and its pairing with Nissan’s V-6 has arguably been the best CVT execution on the market. Even so, time has passed, and this time around we noticed some hesitation in accelerator response, especially from a standing start. It was consistent and predictable, which makes it a bit less troubling, and there’s no shortage of conventional automatics that exhibit the same behavior, and often exhibit worse. Just be sure to pay attention to it if you go for a test drive.

Falling Behind
What hasn’t aged as well are the Murano’s gas mileage figures, which have long been among its high points in this vehicle class, especially when equipped with all-wheel drive. At an estimated 18/24 mpg city/highway for front-wheel and 18/23 mpg for four-wheel drive, the mileage hasn’t changed, but the landscape has. Comparable crossovers are now more efficient, including the Ford Edge, Kia Sorento, Hyundai Santa Fe and Toyota Highlander (see base versions compared). Likewise, models with three rows of seats, like the Honda Pilot, are more efficient, as is the Ford Explorer if you select the optional turbocharged engine. A literal heavyweight, the pricey Volkswagen Touareg falls behind the Murano at 16/23 mpg, but is also available in high-mileage diesel and hybrid versions.

Safety
In National Highway Traffic Safety Administration crash tests, the 2012 Murano rated four stars overall out of five. Its rollover rating — which predicts rollover likelihood — is a typical four stars. Unfortunately, in the Insurance Institute for Highway Safety’s roof-strength test — which predicts occupant protection in an actual rollover — the Murano scored Marginal, which is below average. This relatively new test cost the Murano the Top Safety Pick designation it had held previously thanks to Good scores in the other tests.

As is required of all vehicles starting with the 2012 model year, the Murano comes with antilock brakes and an electronic stability system. The front seats include side-impact airbags and active head restraints, and there are side curtain airbags to protect both the front and rear seats. See all the standard safety features here.

Perhaps another sign of the Murano’s age is the absence of active safety features — things like radar-based blind spot warning and a lane departure warning system.

Murano in the Market
A longtime Cars.com Best Bet, the Murano lost the designation in 2012 due to its below-average mileage and substandard roof strength, but it remains a favorite among Cars.com editors thanks to all its benefits. If you aren’t concerned about a mile per gallon here or there, the Murano still stands tall against newer competition.