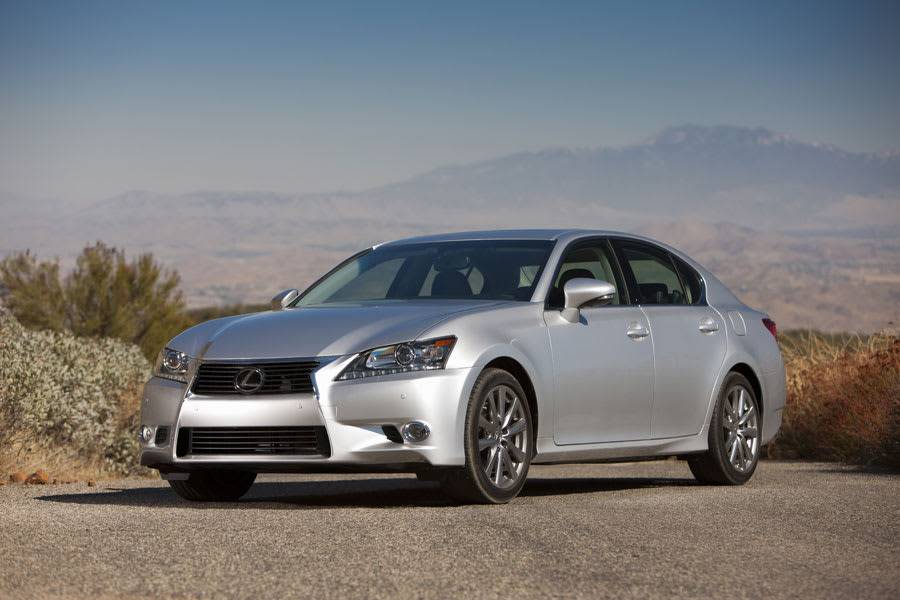 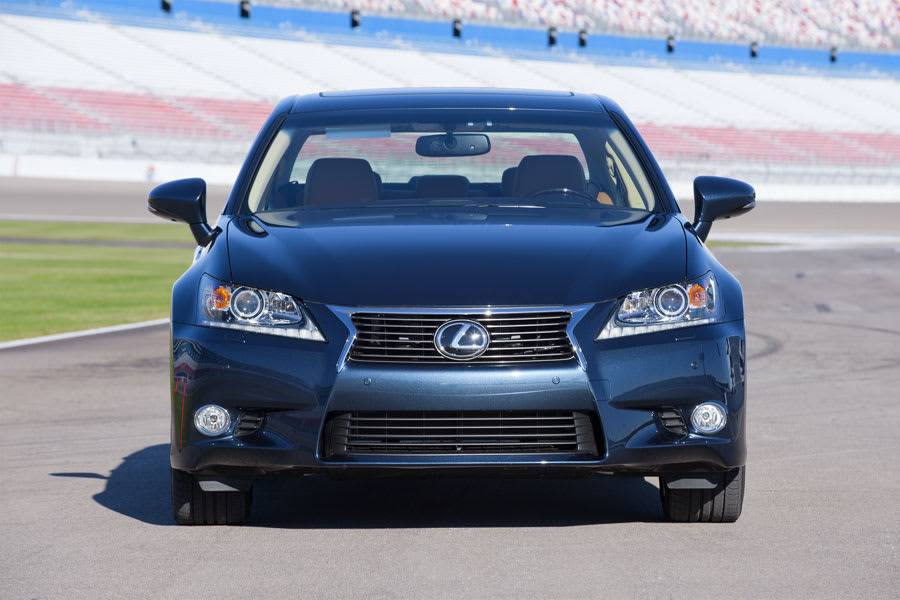 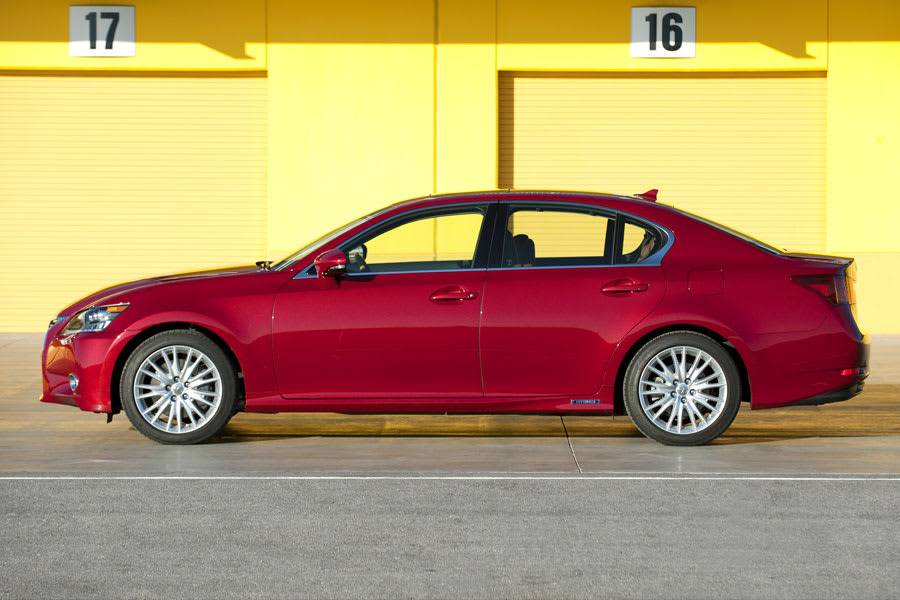 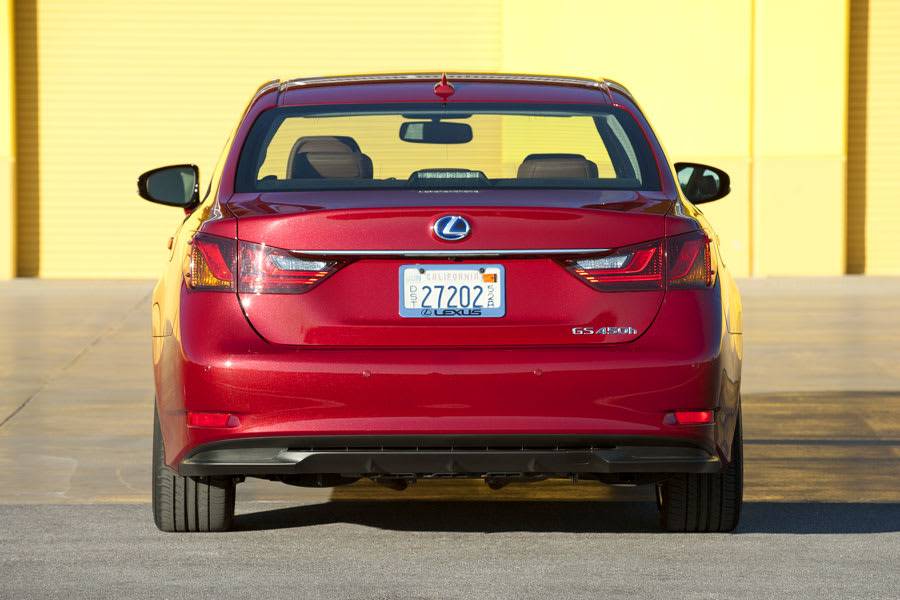 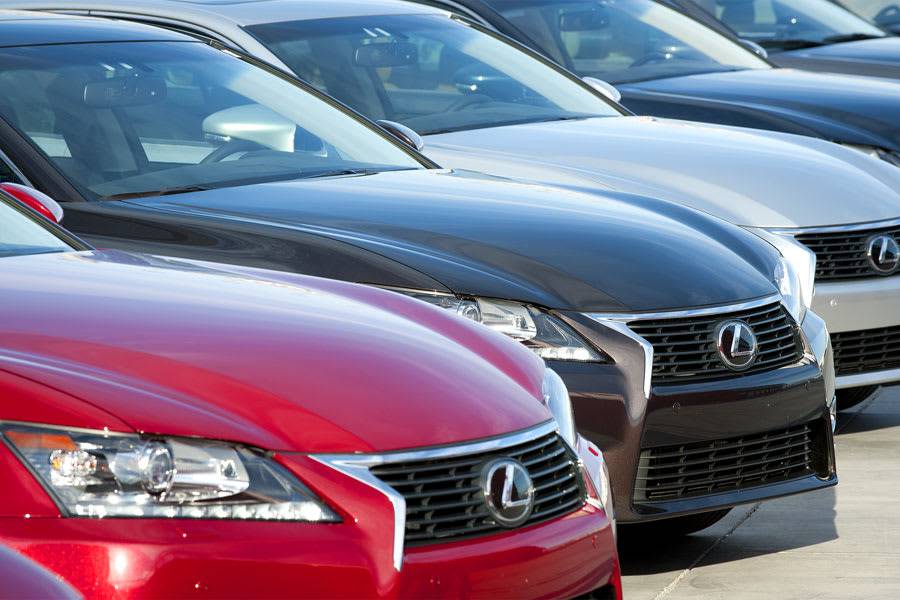 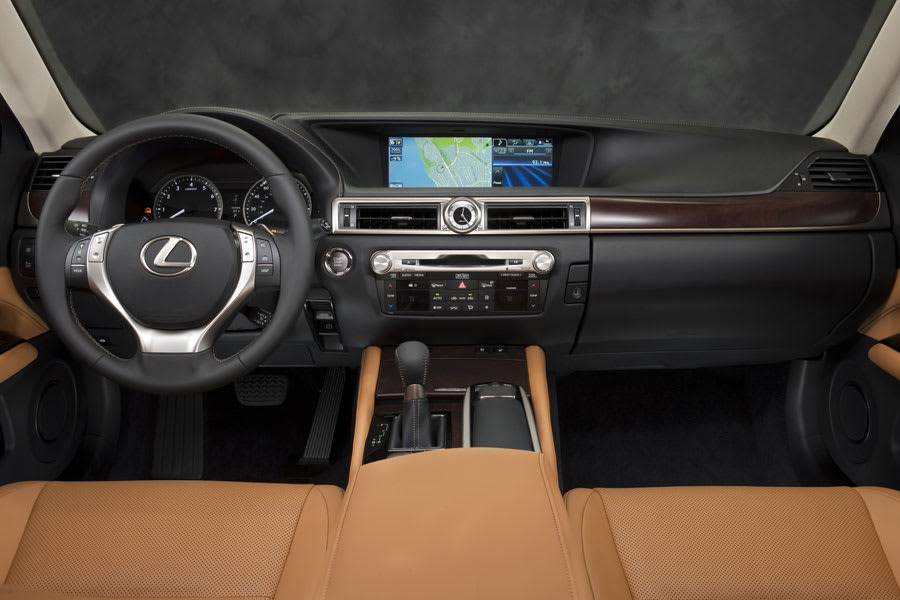 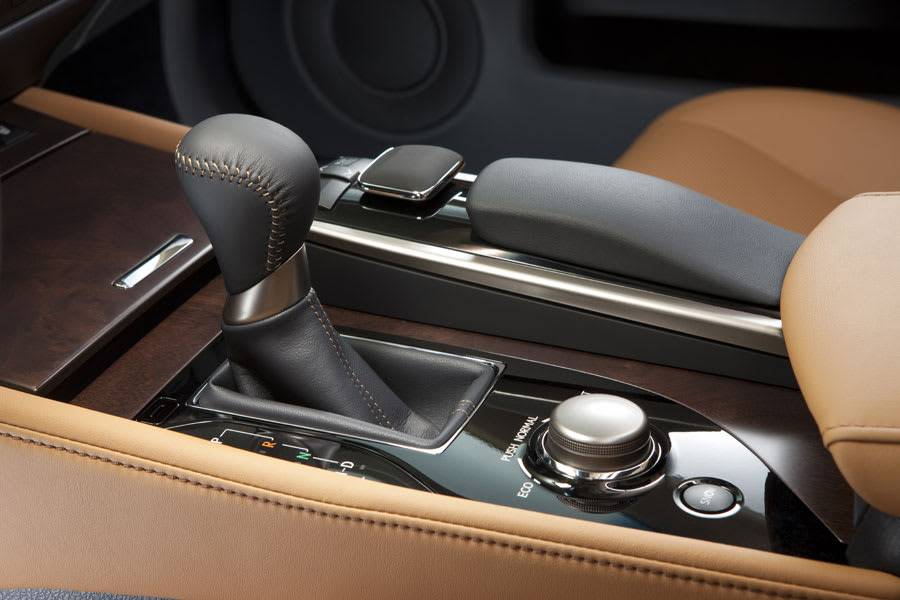 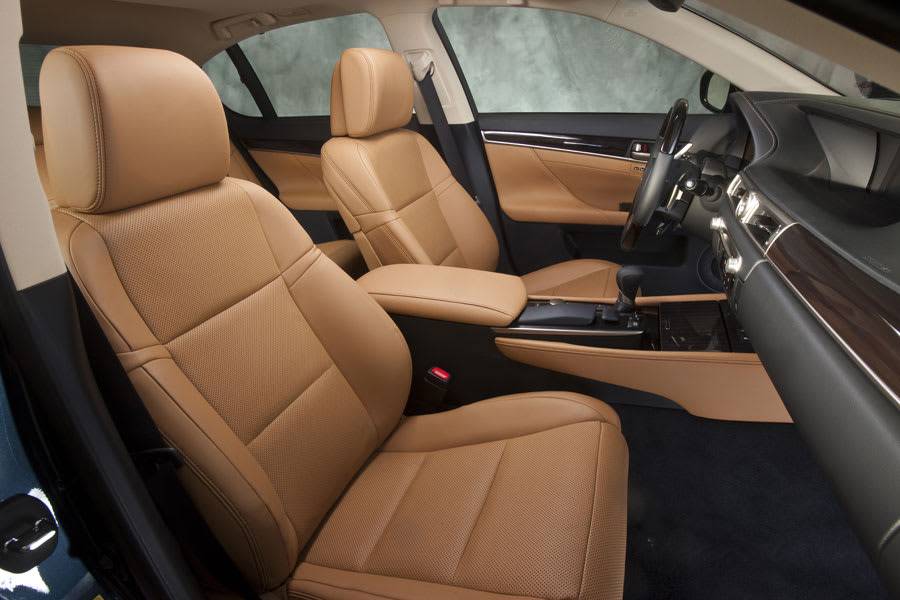 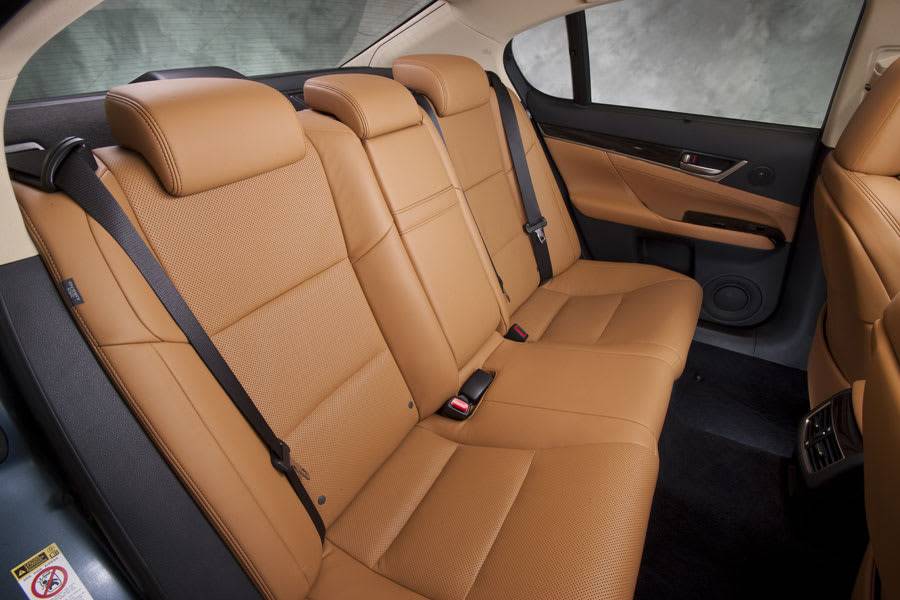 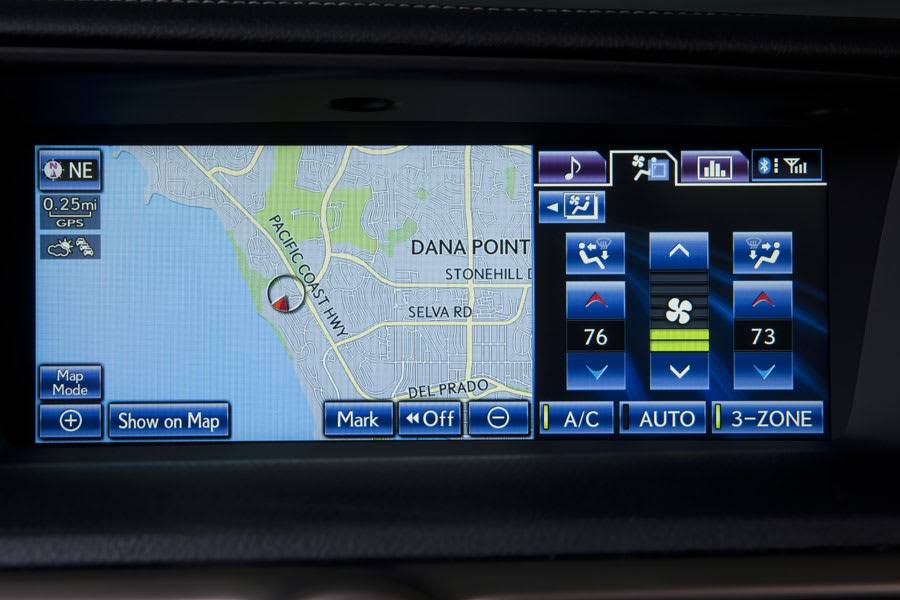 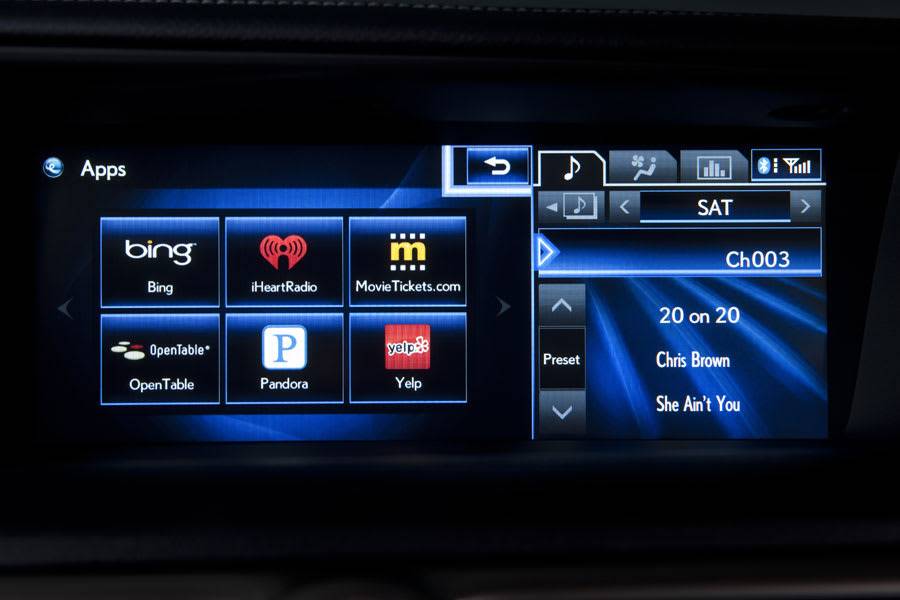 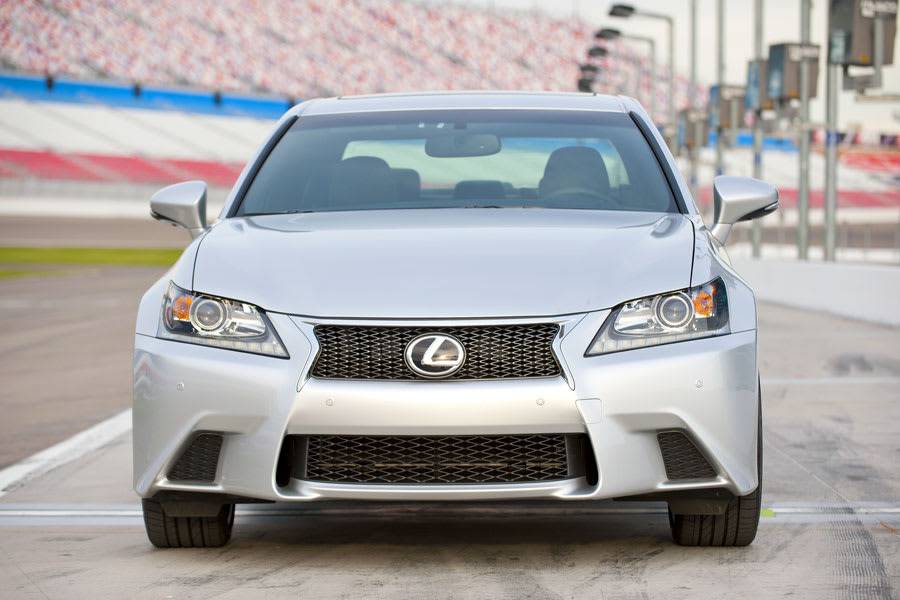 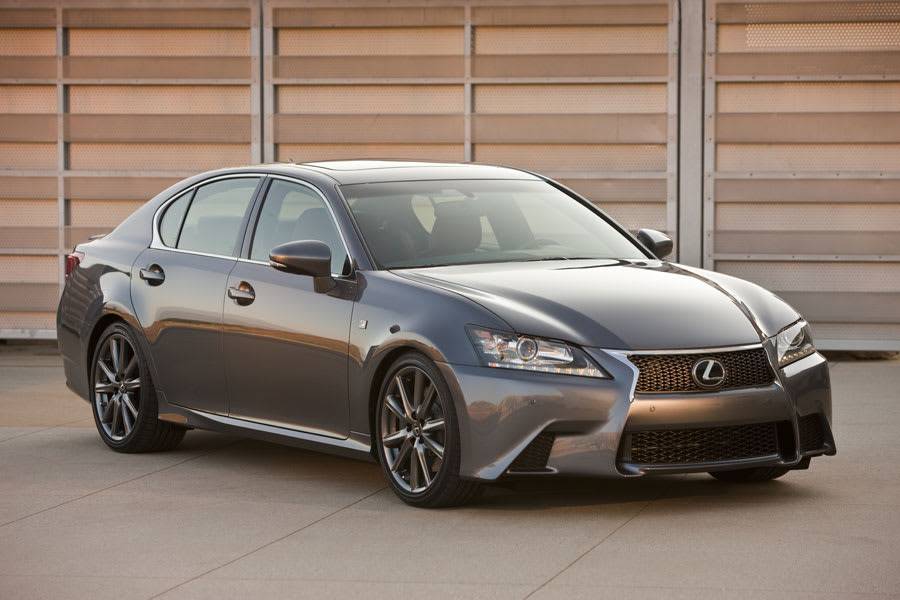 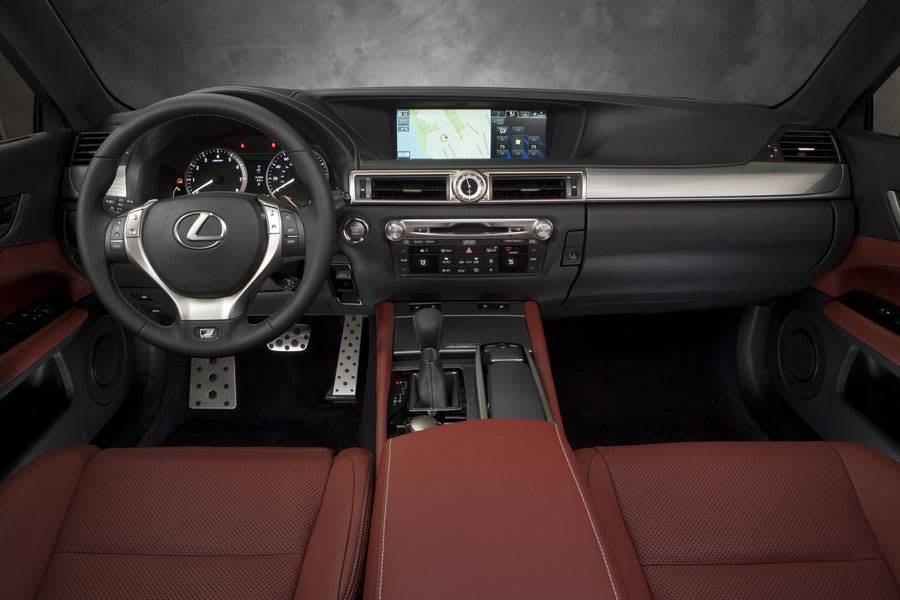 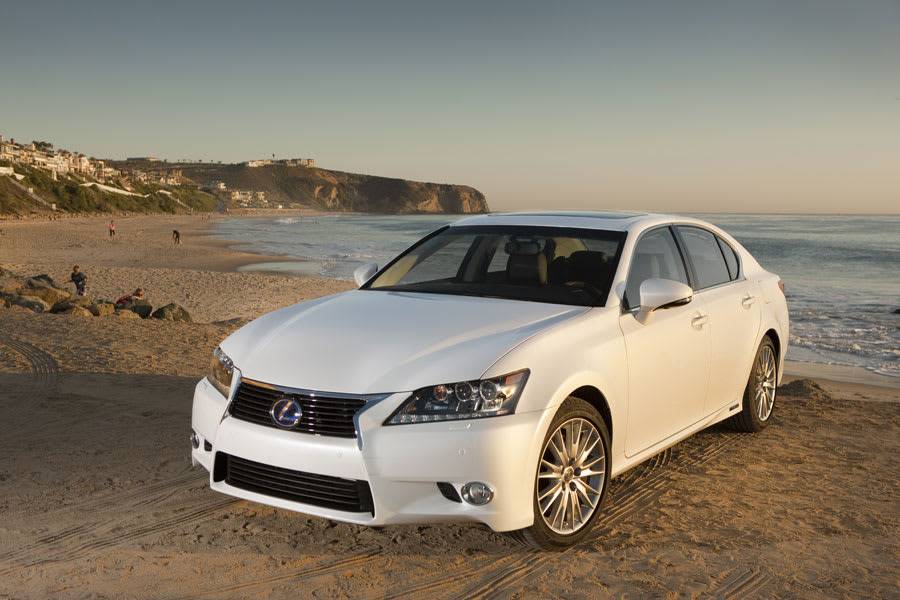 1/15
The 2013 Lexus GS gets an all-new design that is as aggressive as the Lexus brand gets. | Manufacturer photo

Editor’s note: This review was written in December 2011 about the 2013 Lexus GS 350. Little of substance has changed with this year’s model. To see what’s new for 2014, click here, or check out a side-by-side comparison of the two model years.

Lexus isn’t known for exciting sports cars. It’s the leader in quiet, comfortable luxury sedans that deliver good value, but that’s not the reputation you want if you’re trying to sell a dynamic sport sedan like the GS 350 — even if it has made Lexus one of the best-selling luxury brands in recent history.

The 2013 Lexus GS sedan won’t just change the sport sedan’s place in the industry; it will change the entire brand when it goes on sale in February 2012.

Performance
The old GS suffered from a split personality. It wasn’t sporty enough to win over BMW or Audi shoppers, nor was it comfortable enough to sway Mercedes-Benz shoppers. Somehow, the 2013 GS is both sportier and more comfortable, two characteristics that don’t typically go together.

Rear-wheel-drive GS sedans felt incredibly nimble through a closed road course set up by Lexus, with lots of grip and crisp, precise steering. Lexus supplied a new BMW 535i for comparison, and the BMW felt heavier and more bloated in the course’s tight, orange-cone-lined confines. In my opinion, the GS won, hands down.

A few inches shorter than the 535i and nearly 200 pounds lighter, the GS felt like a different class of car in sharp turns. I had to adjust much more for the German sedan’s weight shift midway through maneuvers.

This is all well and good, but buyers will be commuting in the GS, not fighting for rally titles.

Luckily, the GS shines there, too.

On expanses of desert roadways, the GS soared over the pavement with little noise intrusion, whether the surfaces were pristine or pockmarked. Lexus is already famed for its quiet driving experience, and the GS delivers that with a better feel for the road than the automaker’s ES and LS sedans. It’s just not as in-tune with the road as the 535, but that car is louder with a rougher ride.

The new GS carries over the same 3.5-liter V-6 engine as the 2011, with a six-speed automatic. It’s good for 306 horsepower, but it doesn’t come on as quickly as the twin-turbo inline-six in the BMW 535. Still, it will be enough for most buyers, and in terms of zero-to-60-mph speeds, the GS is in line with the 535. Both have manufacturer’s estimates of 5.7 seconds to 60 mph.

The base GS comes with Eco, Normal and Sport driving modes, while the F Sport Package adds a tighter suspension and available rear-wheel steering.

Braking is responsive and might be the best of any Lexus on the market, although that’s not a ringing endorsement in itself. It falls between the aggressive braking of the 5 Series and the more lethargic Infiniti M sedan.

All-wheel drive is also available on the GS 350, but not on the hybrid.

The GS 350 is estimated to return mileage of 19/28 mpg city/highway. The city figure is unchanged from the outgoing model, but highway ratings are up 2 mpg. They’re now identical to the BMW 535’s figures and slightly ahead of the Infiniti M37’s 18/26 mpg city/highway.

Exterior
Even though the new GS doesn’t offer ultimate performance, Lexus may have found a way to sway shoppers who think they want sporty driving, but in fact just want to feel like they’re in a sports car. It looks really cool.

Designed around the LF-Gh Concept, the real thing features an oddly shaped grille that Lexus calls a “spindle.” It may look too aggressive in some pictures, but in person there’s more elegance to it, especially when you’re not looking at it head-on. The grille will be featured on all future models, according to Lexus.

A variety of colors look good, from the menacing black to a more sophisticated dark red. There are also unique dark aquamarine and brown shades that I found attractive.

LED running lights come standard, as do bi-xenon headlights. LED headlights are optional. Seventeen-inch wheels are standard, and 18s come on the Luxury Package or hybrid. The F Sport has 19-inch wheels with wider rear rims that Lexus says are the widest it’s ever put on a sedan. It also has unique grille mesh.

Interior
If the outside draws shoppers in, the interior will wow them. I don’t normally go gaga over interior design, especially in a Lexus, but the thin silver strip in the center of the dash where a CD is inserted — does anyone still bring CDs into cars? — sets the table.

The minimalist look doesn’t continue to the doors and seats, where expensive-looking wood grains and stitched leather cover nearly every surface. The F Sport comes with a silver-colored grain that doesn’t look like it could exist in nature, along with glossy piano-black finishes. Another option is a Bamboo trim package with a thick steering wheel with solid bamboo that replaces the standard leather-wrapped one. I didn’t love the bamboo inserts on the dash, neither their vibrant yellow hue nor the feel of the wood.

Interior materials are on par with the Infiniti M, which I find quite luxurious for the price, and I didn’t feel the Lexus was significantly behind the 5 Series or Mercedes-Benz E-Class.

The standard front seats have 10-way adjustments, and options add up to 18 adjustments, including side bolsters and lower and upper lumbar supports. All the seats I tried out were extremely comfortable. These seats aren’t just for skinny drivers, either, with plenty of thigh support and nice wide seat bottoms and backs.

Overall, the sense of space in the GS is much greater than the previous model’s despite the fact that most dimensions didn’t change much. There’s plenty of glass, visibility is good and the center console doesn’t rise too high. My left knee did seem a little close to the door, but the dead pedal was well-placed, so I would probably keep my foot there instead of flat on the floor.

At 5-foot-10, I had plenty of backseat headroom and legroom with the driver’s seat in my driving position, but, as in front, the door seemed pretty close, which can lead to a claustrophobic feeling. There’s an oversized center armrest that, in the Luxury trim level, features rear climate control.

None of the GS models has folding rear seats, though there is a pass-through behind the armrest for skis and other lengthy objects.

GS 450h Hybrid
I still don’t believe hybrids are a good fit for a luxury model like this. While the Lexus CT 200h compact hatchback is a neat package, dropping a hybrid powertrain into a larger car like the GS yields mileage gains in a segment where shoppers don’t worry as much about pain at the pump. Mileage is rated 39/34 mpg.

Luckily, the GS 450h feels fast. The hybrid system puts out more total power than the gas version, 338 total hp, and even with less torque (254 pounds feet) power comes on quickly. At high speeds, it aids in passing power and pushes you back in your seat harder than the standard drivetrain.

However, the continuously variable automatic transmission isn’t as smooth as the six-speed automatic. It allows for quicker acceleration but doesn’t feel as natural when driving aggressively.

Braking is incredibly good, however, a complaint I often have in hybrid models. Most owners won’t even notice the regenerative brakes.

The only exterior alterations to the hybrid are unique 18-inch wheels running on the same all-season tires as other GS models — no low-rolling-resistance tires here. The tailpipes are hidden and point downward. There are small hybrid badges on the rear doors, and the L emblems on the grille and trunk are outlined in blue.

I don’t know why anyone would opt for a hybrid GS with its higher sticker price, even with the mileage gains.

Features & Pricing
Pricing hasn’t been announced, but we expect the 2013 GS to be priced similarly to the outgoing model’s starting price of $46,900. The Infiniti M37 starts at $47,700 and the BMW 535 starts at $52,250. Both those lines, however, feature other engine options that offer more choice for consumers, while the Lexus comes with just the V-6 and hybrid drivetrains.

The base GS with standard 17-inch wheels, dual climate control and an 8-inch navigation system might not be easy to find unless you order your car to suit; Lexus expects nearly all models to be sold with the optional 12.3-inch center LCD screen.

It’s a stunning system that switches between the full-screen menu and a split-screen with 8 inches of navigation and 4.3 inches of system information. The left, 8-inch portion can also display music and apps, including Pandora internet radio and a Bing search feature.

The Bing search uses the internet and voice inputs to find destinations only, meaning you can say “Apple Store” and it will find the nearest Apple Store location, but it won’t take you to apple.com via a web browser. Once you confirm the found destination is where you want to go, the Bing app seamlessly and quickly switches to the Lexus navigation screen. I’ve reviewed a lot of cars with navigation, and this is the most natural integration of voice-to-destination and routing I’ve seen.

Unfortunately, another stand-alone option, the 17-speaker Mark Levinson sound system, is less stellar. I’ve found only one application of the system — in the RX SUV — to be on par with other premium stereos on the market. My main beef is that it’s designed to get the most out of high-end, 5.1 surround-sound music sources. To date, only DVD-audio discs can match this perfectly. My iPod — the same one I test in every car — sounded hollow, with only high-end, acoustic instruments resounding with clarity.

None of the option packages have been priced.

Safety
The GS comes with a healthy array of airbags, including driver and front passenger knee airbags. Rear passengers also get seat-mounted side airbags standard.

Safety features like pre-collision warning, a blind spot monitor and lane departure warning are optional, as is a new eye-scanning monitor that tracks when a driver’s eyes are closing. Unfortunately, I couldn’t test this feature because it works only at night and only activates if a collision is imminent. It turns the pre-collision warning system on 1.2 seconds earlier than it would for an alert driver. The device sits atop the steering column, where it blocked the odometer from my line of sight.

Lexus GS in the Market
Lexus needs a hit, another model that leads its class — like the RX SUV. They need to recover from a year of cataclysmic events they couldn’t prevent and an aging lineup they should have turned over before now.

The GS is the tip of the brand’s spear as it heads for a turnaround. As a stand-alone product, it’s a winner. If it’s truly a sign of things to come, it’s even more significant.