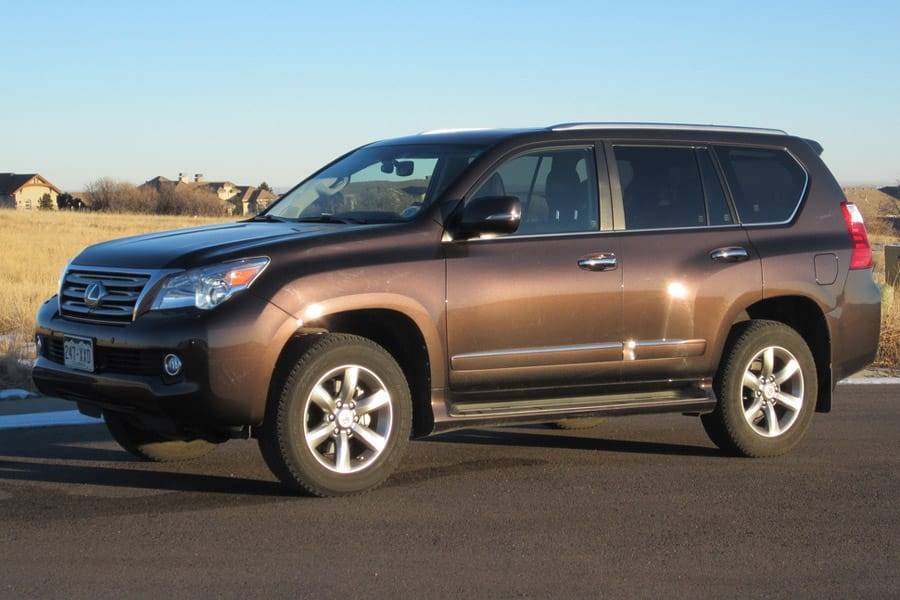 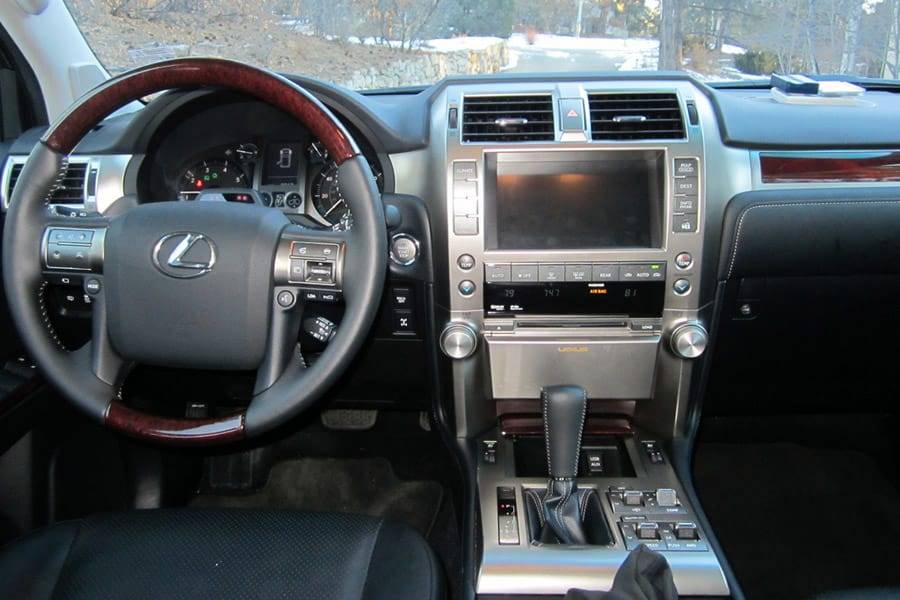 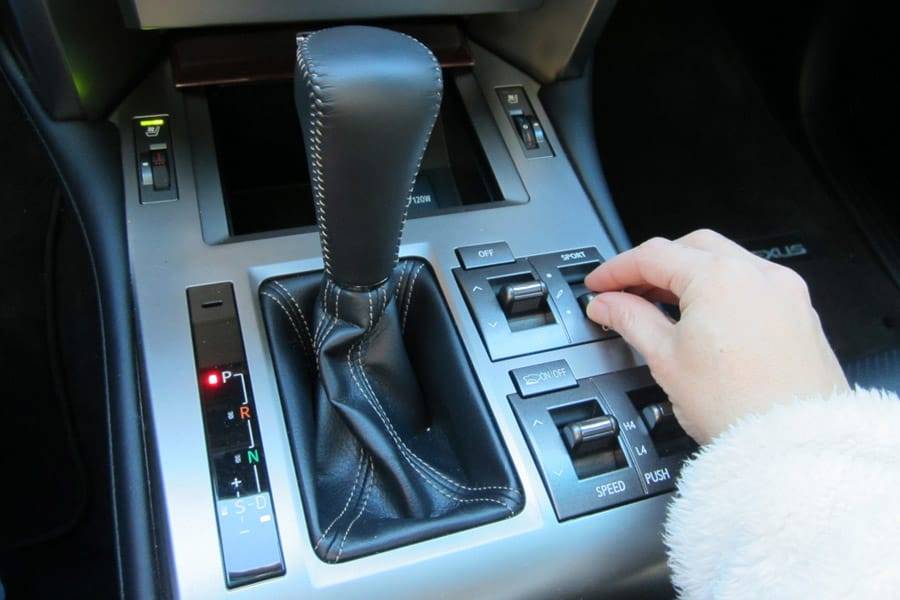 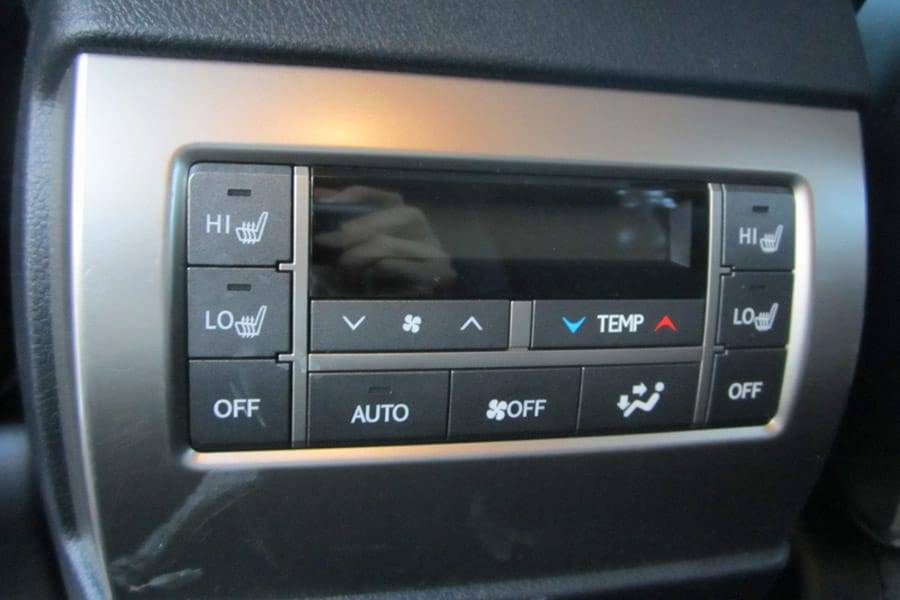 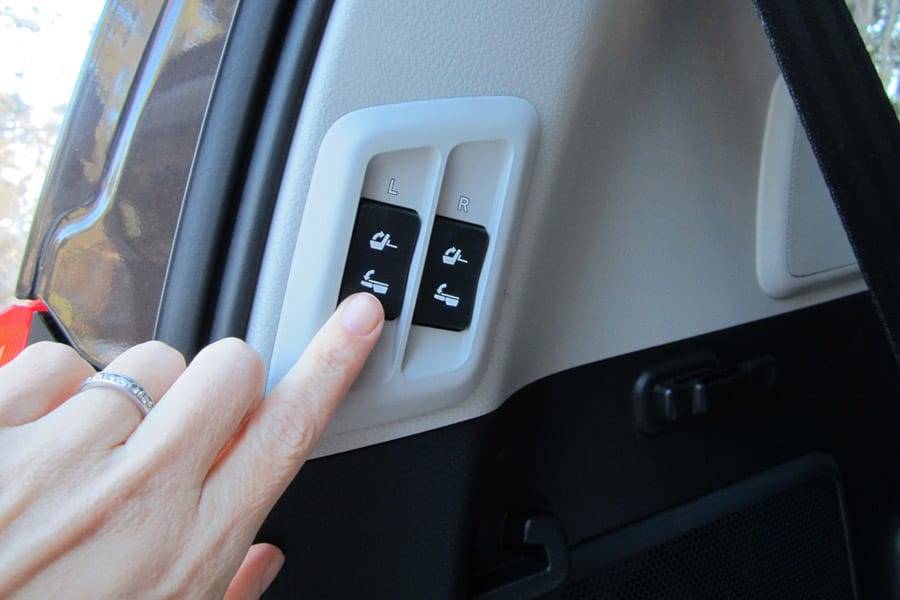 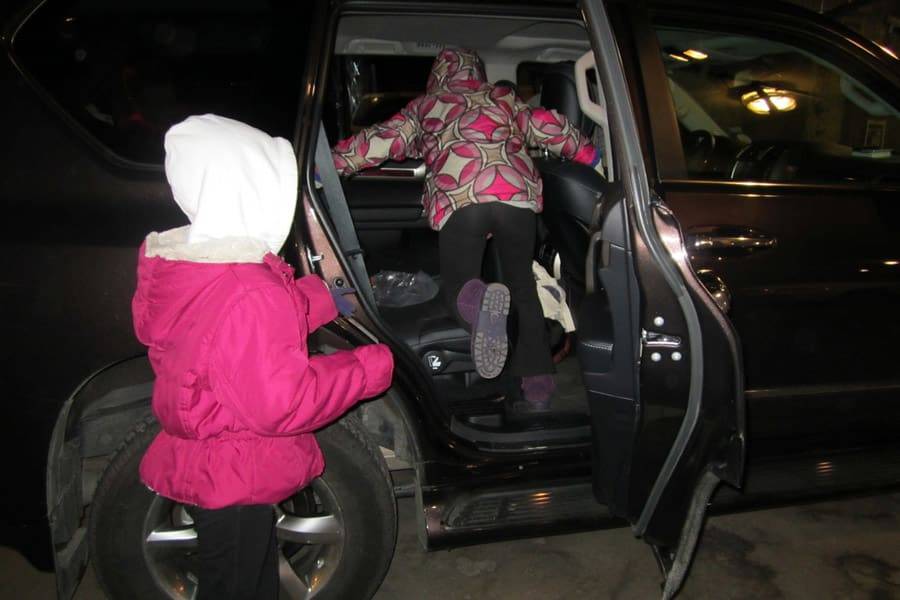 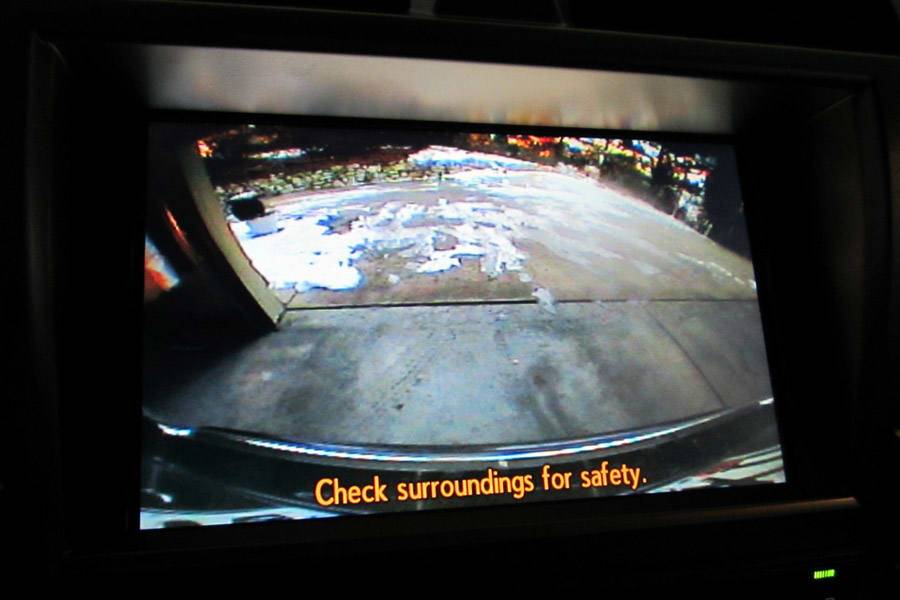 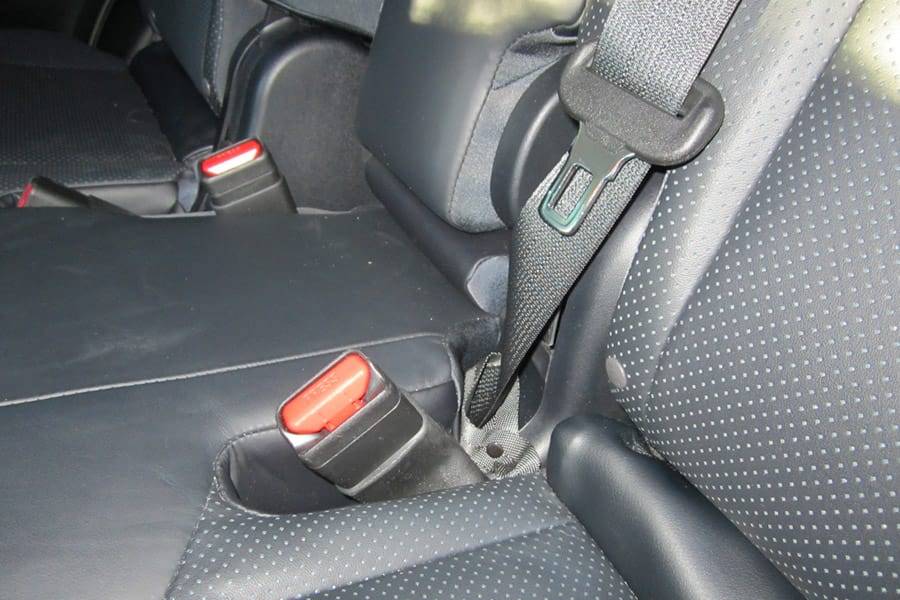 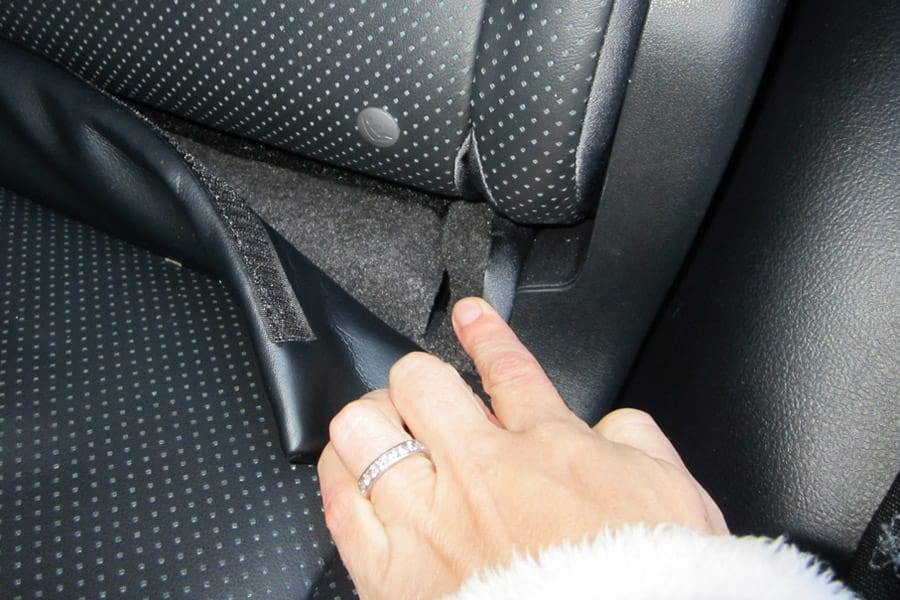 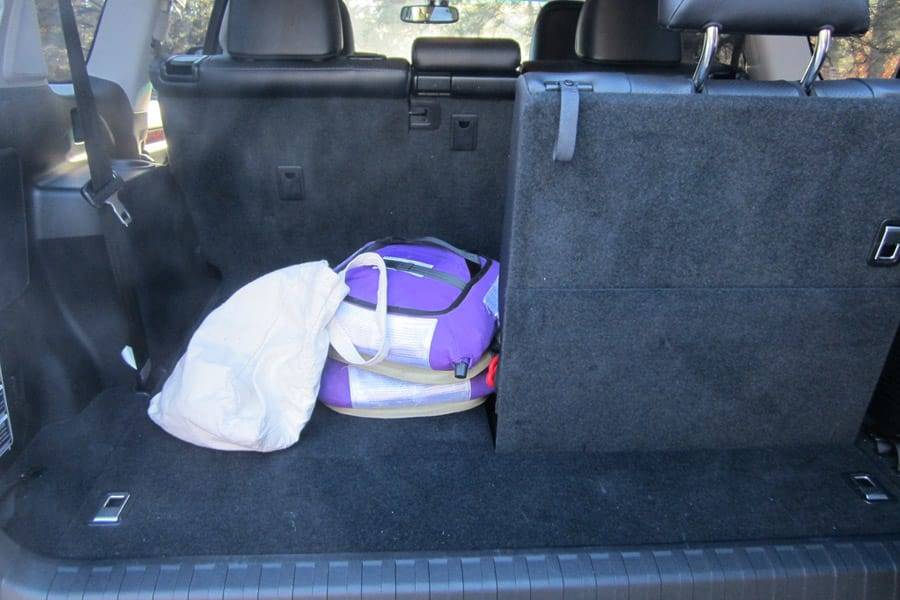 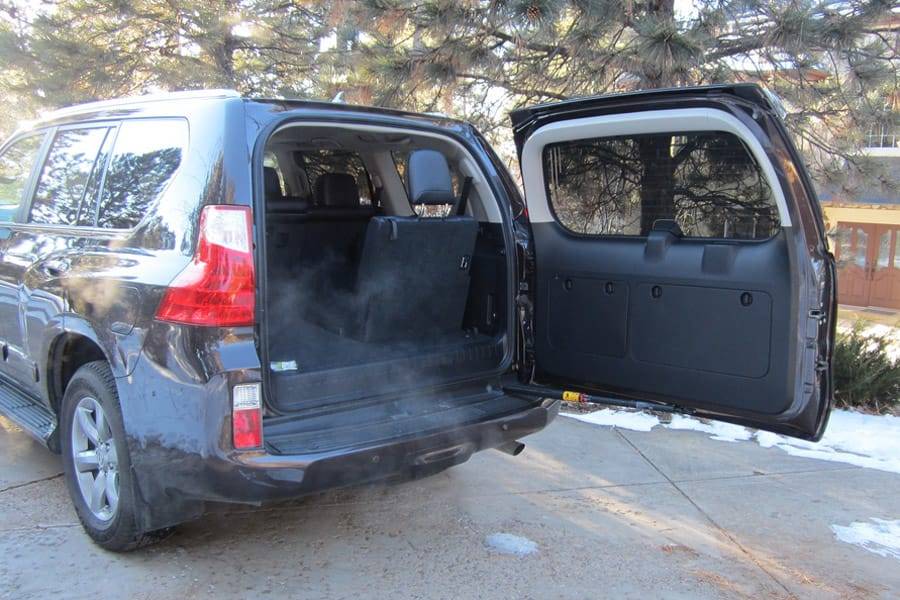 Editor’s note: This review was written in April 2013 about the 2013 Lexus GX 460. Little of substance has changed with this year’s model. To see what’s new for 2014, click here, or check out a side-by-side comparison of the two model years.

The 2013 Lexus GX 460 is a behemoth to drive, but the Premium trim I drove had a few redeeming qualities, specifically space and upscale extras including a heated steering wheel and power-folding third row.

I recently embarked on a rare solo weekend outing featuring a quaint and quiet bistro lunch followed by an unhurried trip to the bookstore. I started out in the 2013 Lexus GX 460 hoping for some driving Zen — but bumbling through my neighborhood in this trucky SUV put a wrench in the qi of my alone time, so I turned around and ditched the Lexus for my own car.

The GX 460 hasn’t evolved much since the 2012 model year; see the two compared side-by-side here. If you’re in the market for a large luxury SUV, you may also want to look at the Mercedes-Benz GL-Class and the Infiniti QX56. Compare all three here.

The 2013 GX 460 comes in two trims, Base and Premium. You can see their major differences here.

EXTERIOR
The GX 460’s styling is pure Lexus. It’ll fool you a bit, coaxing you inside with its rich color palette, chrome trim accents, sporty rear spoiler, inviting running boards that help you step up into the SUV and an upscale Lexus grille. However, once you turn the key, start this puppy up and take her for a drive, your bubble might just burst.

The passenger doors were easy enough for my three daughters (ages 8, 10 and 12) to reach and open on their own; however, younger children will probably need assistance to reach the door pulls. My children could not, however, manage the weight of the extra-large, manually opening, mind-boggling, side-swinging cargo door on their own. Quite frankly, for $66K (as-tested) I’d expect a power-operated liftgate instead.

FAMILY-FRIENDLY FEATURES
The GX 460’s interior is well-equipped for lugging the entire family around. We were able to fit our three kids plus an extra comfortably for a trip to the botanic gardens winter lights show. All three rows have air vents, which helped warm all the kids up in short order after our frigid walk. The second row also features heated seats in the outboard positions, which the non-booster-seat-using members of my brood jockeyed for.

The second row slides back and forth, creating more legroom in either the second or third row as you need it, and the third row stows away out of sight with a touch of a button. Accessing the enlarged cargo space, however, was an exercise in patience thanks to that door. Rather than lifting up, like most rear doors on SUVs do, the cargo door opens to the side like a giant, hinged refrigerator door. We were unable to use it inside our garage. The kids came around on the right side of the vehicle (based upon where I can park a car in our garage) with armfuls of backpacks, lunchboxes and display boards for their science fair. I attempted to swing open the cargo door with its hinge on the right side of the vehicle, and — bump — the door wouldn’t open completely without hitting the garage door, and in the process completely blocked the children from accessing the cargo area. I had to close the cargo door, have the kids squeeze past the dirty bumper to get to the left side of the car, then reopen the cargo door enough to jam their projects in. Opening the garage door first wasn’t an option, lest we risk ruining their project boards in a slushy downpour of snow.

Passengers in the second row have access to storage pockets on the seatbacks in front of them, as well as in-door storage bins. Third-row passengers are practically out of luck when it comes to storage, with nothing more than a single cupholder for all their stuff.

Inside the GX 460, the trim design up front appears just as antiquated as the cargo door design. The square, angular design of the dash, while consistent with the angular look of the exterior, looks like a glorified old-school Toyota truck. Its square-jawed, masculine appeal doesn’t seem to have gotten the memo that women can vote and drive too.

BEHIND THE WHEEL
Despite its hefty 4.6-liter V-8 engine, the GX felt underpowered. My husband commented that it was tiresome to drive on the highway. Where many cars seem almost to propel themselves, with barely more than a thought from the driver, this one felt like it needed constant tending — like a fireplace — to keep its flames roaring and up to speed on the highway.

I had a difficult time finding a comfortable ride in the GX 460. The Kinetic Dynamic Suspension system lets drivers choose between Comfort and Sport modes, and one didn’t feel any better than the other for my taste. The Sport mode was harsh and stiff, and the Comfort mode had me bumbling along, feeling like my kids must feel riding atop their inflatable Bubble Bum booster seats. Every bump in the road felt exaggerated.

The engine is very loud at startup and continues to be loud while trying to coax the car up to speed, then settles down a bit at higher speeds.

The GX 460’s full-time four-wheel drive and ability to tow up to 6,500 pounds (when properly equipped) makes me think this SUV is better suited for the adventurous, off-road, camping family than the one that uses it as a daily urban or suburban crawler. It has EPA-estimated mileage of 15/20/17 mpg city/highway/combined and requires premium fuel, which may not appeal to families who need an SUV to carry them through the daily grind.

SAFETY
Crash-test results on the 2013 Lexus GX 460 are not available. As has been required since the 2012 model year, the Lexus GX 460 has standard antilock brakes, electronic stability control and traction control. Dual-stage front airbags, front-seat-mounted side airbags, front knee airbags and side curtain airbags that extend to protect all three rows are standard.

The seat belt buckles in all three rows are on stable bases and easy for young children in booster seats with limited dexterity to buckle on their own. There are two sets of Latch connectors (in the two outboard seating positions of the second row). The lower anchors are concealed within a slit in the seat bight. For a complete Car Seat Check of the Lexus GX 460, click here.