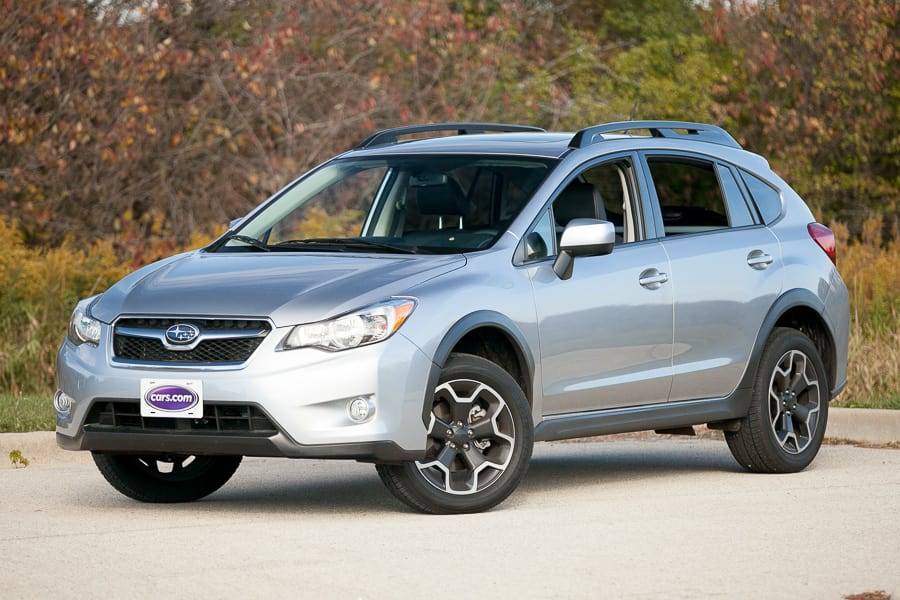 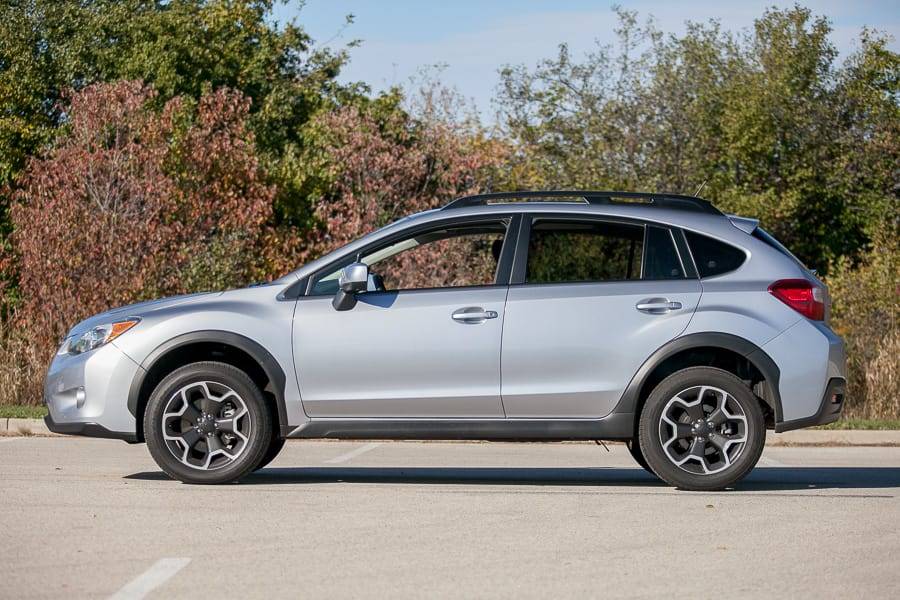 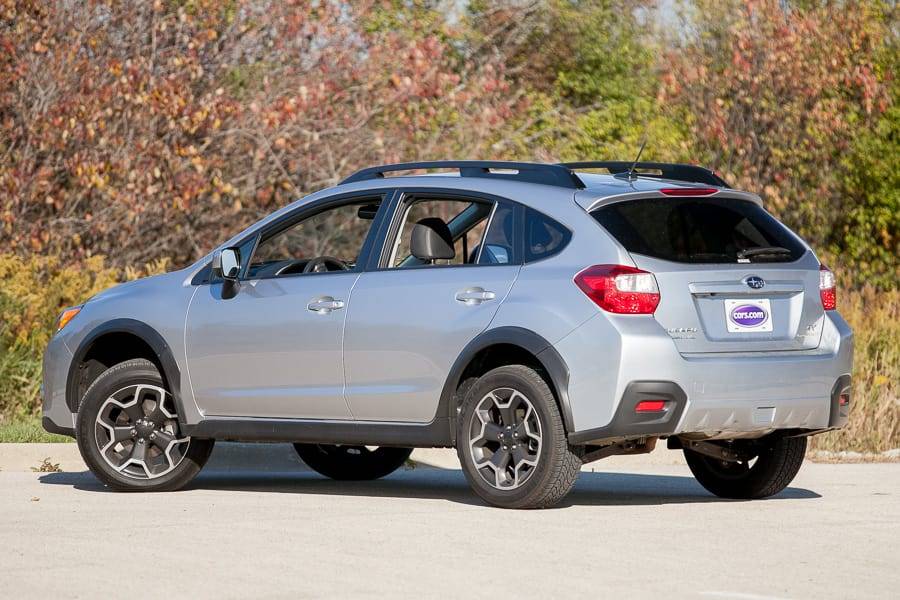 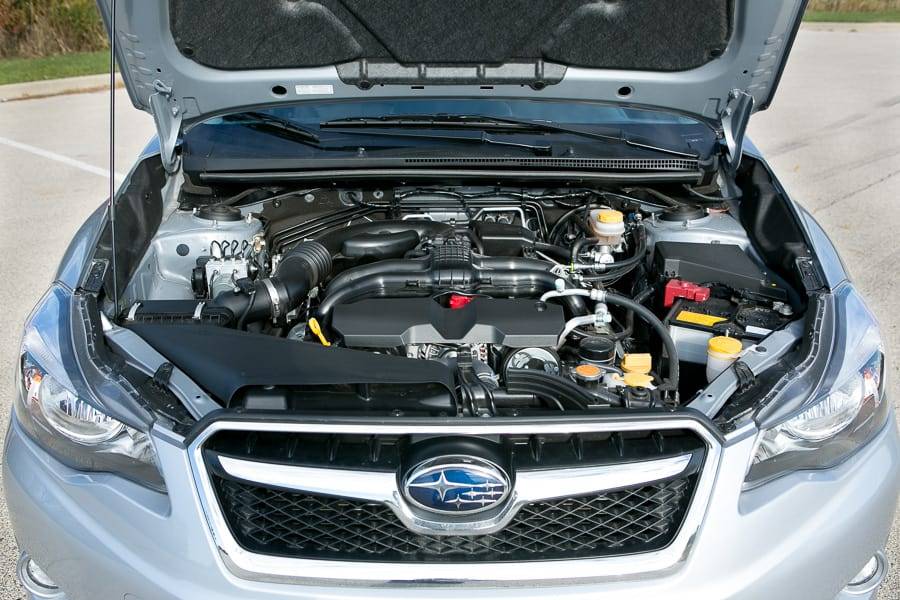 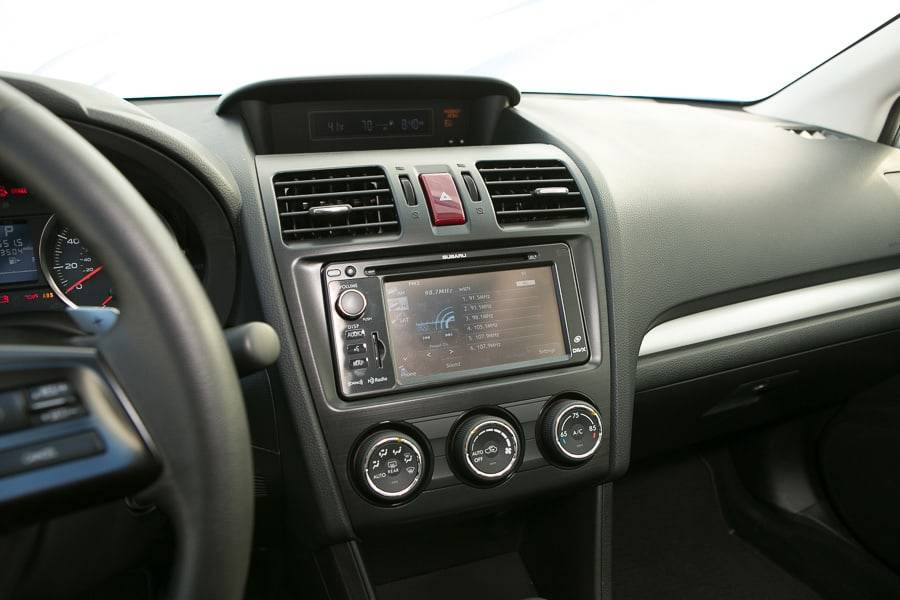 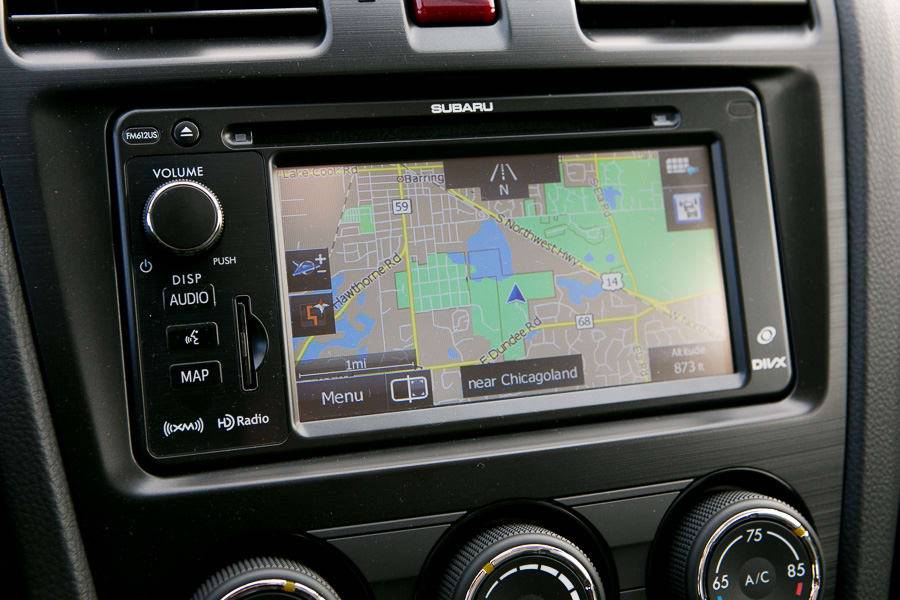 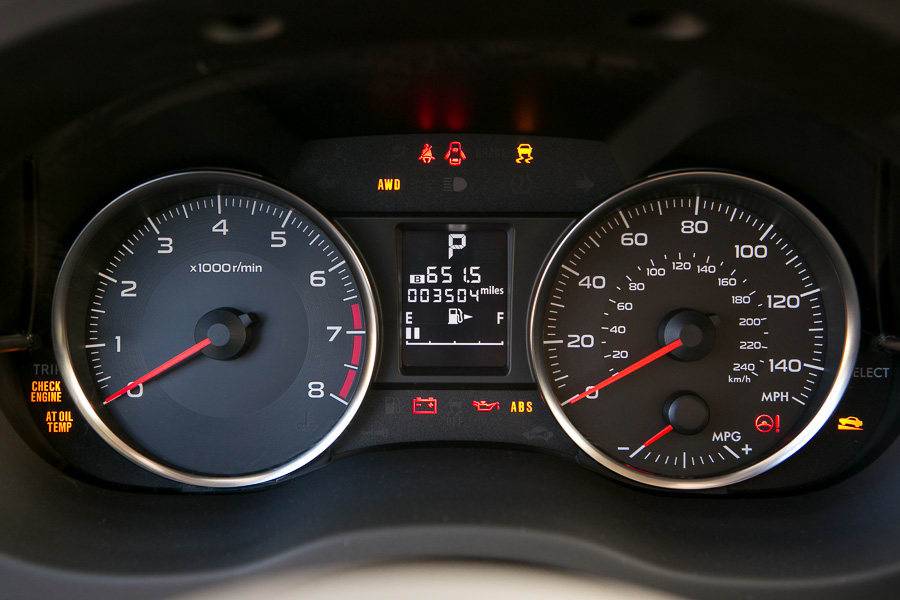 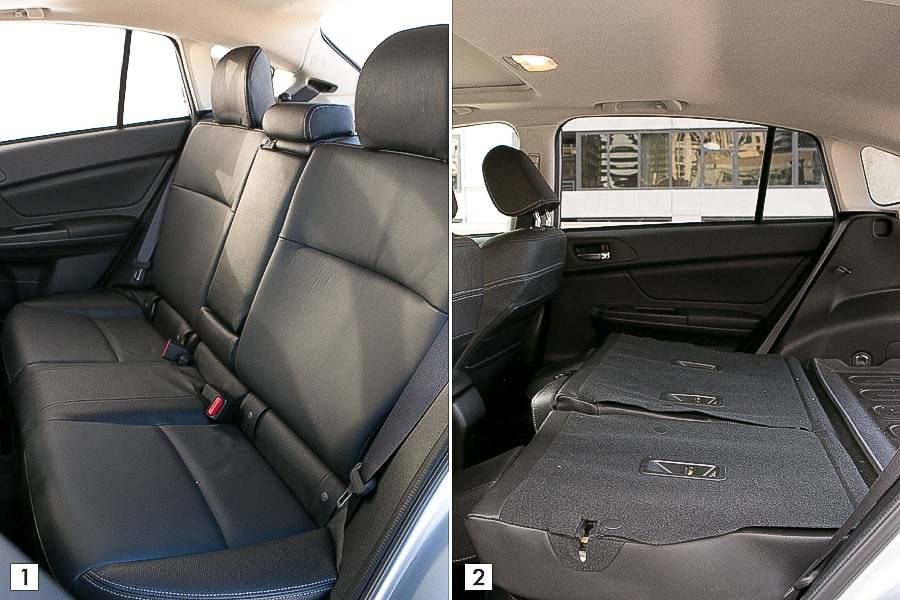 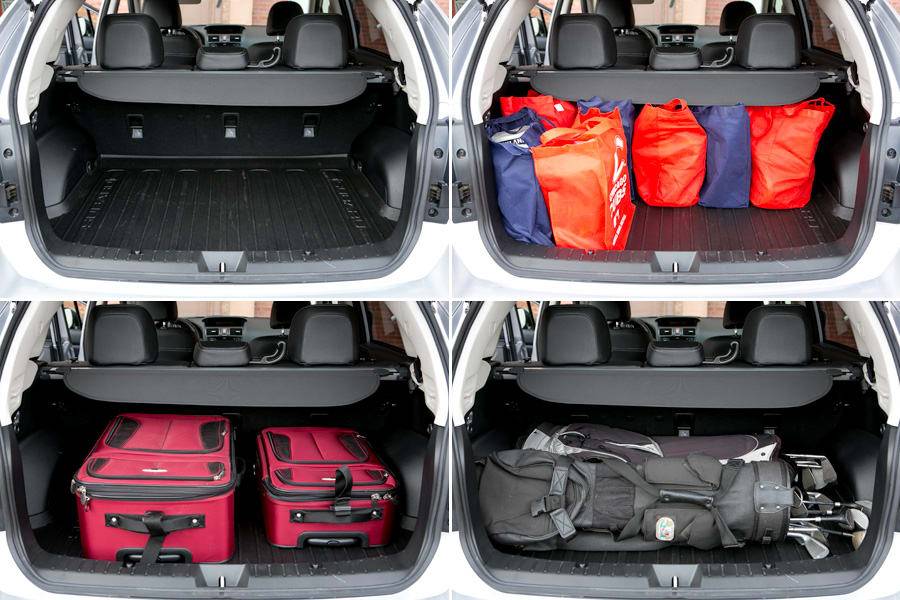 1/10
The XV Crosstrek is based on the Subaru Impreza hatchback, but black body-cladding on the bumpers, wheel arches and side sills is partly responsible for its unique appearance. | Toggle between photos using the right and left arrow keys. Cars.com photo by Evan Sears

Editor’s note: This review was written in November 2012 about the 2013 Subaru XV Crosstrek. Little of substance has changed with this year’s model. To see what’s new for 2014, click here, or check out a side-by-side comparison of the two model years.

Its awkward name notwithstanding, the 2013 Subaru XV Crosstrek successfully incorporates the key aspects of the brand’s Outback line into a smaller, more fuel-efficient package.

The XV Crosstrek starts at $22,790, including a $795 destination charge. Our test model was an uplevel Limited version with an optional $2,000 Navigation and Moonroof Package that upped our as-tested price to $27,290.

If the XV Crosstrek looks familiar, it should: It’s based on Subaru’s recently redesigned Impreza hatchback. Its taller ride height, however, puts it in competition with small crossovers, including Subaru’s own Forester. To see the XV Crosstrek’s specs compared with the Forester, Honda CR-V and Ford Escape, click here.

Off-Road-Ready Looks
The XV Crosstrek has a raised stance, which gives it 8.7 inches of ground clearance. You can tell just from looking at it that it rides higher than the Impreza. Besides giving it greater off-road and snow capability, the extra height makes the XV Crosstrek easier to get in and out of: You don’t fall into the driver’s seat like you would in a lower-riding car or step up like with an SUV. Instead, you just step sideways into it.

Like the Outback, the XV Crosstrek gets full body-cladding treatment, which has become the design cue of choice — from Audi to Volvo — when differentiating off-road-oriented cars. Black cladding trims the side sills and surrounds the wheel arches, and there’s also some on the front and rear bumpers. Our test car’s black-painted, five-spoke alloy wheels complemented the cladding and lent a unique look.

How It Drives
Despite the Crosstrek’s elevated stance — which you can feel from the driver’s seat — it still behaves like a car, offering a compliant ride and responsive handling. It’s among the best-driving small crossovers available today, ranking among models like the Ford Escape and Mazda CX-5.

The XV Crosstrek keeps pace with city and highway traffic, but you have to be willing to rev its engine. It uses the same 148-horsepower, 2.0-liter horizontally opposed four-cylinder as the Impreza, and the engine teams with a five-speed manual or a continuously variable automatic transmission. All-wheel drive is standard.

Our test car had the CVT. It keeps engine rpm low when cruising on the highway but readily increases engine speed when you step on the gas; it doesn’t take long to get from 60 to 70 mph. Significant engine noise accompanies acceleration, however.

Choosing the CVT brings steering-wheel-mounted shift paddles that step the transmission up or down to simulate gear changes. Many systems like this allow you to control shifts using the console gear selector, too, but the XV Crosstrek includes only paddles.

The CVT is the more efficient of the two transmissions; it’s rated 25/33 mpg city/highway — good numbers for a small crossover with all-wheel drive — versus the manual’s 23/30 mpg.

Cabin Design & Roominess
The cabin isn’t cluttered with extra buttons. The optional touch-screen navigation radio incorporates many functions in its central screen, but I wish there were a plain-old radio tuning knob integrated into the unit like in models without the navigation system. The climate control knobs are below the touch-screen, and that’s it for center dash controls. The simple design is remarkable because many competitors are going the other direction — adding lots of buttons to their interiors but not necessarily making them easier to use. Subaru got it right on the usability front.

Front bucket seats and a second-row bench provide seating for up to five people. Cloth upholstery is standard, but the Limited model gets vinyl seats with leather-covered side bolsters. Front-seat comfort is good, and the seats have wide backrests that give you room to move.

The XV Crosstrek’s backseat space is a pleasant surprise. Despite compact exterior dimensions, the rear seating area is roomy and comfortable for adults.

The penalty you pay for passenger roominess is limited cargo room. Part of the problem is the high load floor, which is more than just a function of the elevated ride height: The spare tire underneath the floor further reduces vertical cargo space. The cargo area measures 22.3 cubic feet but grows to 51.9 with the backseat folded. The Forester, CR-V and Escape all offer more cargo room whether the backseat is upright or folded (see the specs here, at the bottom of the page).

Safety
The Insurance Institute for Highway Safety deemed the 2013 XV Crosstrek a Top Safety Pick, reflecting top ratings of Good in frontal-offset and side-impact crash tests, a roof-strength test designed to gauge protection during a rollover and an assessment of neck protection during rear-impact collisions.

Standard safety features include antilock brakes and an electronic stability system, which are required on new vehicles as of the 2012 model year. Also standard are side-impact airbags for the front seats, side curtain airbags and a driver’s knee airbag. A backup camera is optional.

For a full list of safety features, check out the Features & Specs page. To see how well child-safety seats fit in the XV Crosstrek, take a look at our Car Seat Check.

XV Crosstrek in the Market
The XV Crosstrek has all the makings of a hit for Subaru. It closely adheres to the formula of the Outback, the brand’s best-selling model, by providing the elevated stance and driving position many car shoppers crave while retaining a car-like driving experience. It also doesn’t hurt that the XV Crosstrek comes standard with all-wheel drive for less than the price of many front-wheel-drive competitors while still delivering competitive gas mileage estimates. The XV Crosstrek might steal some sales from Subaru’s Forester small crossover, but it also appears poised to bring new customers to the brand.