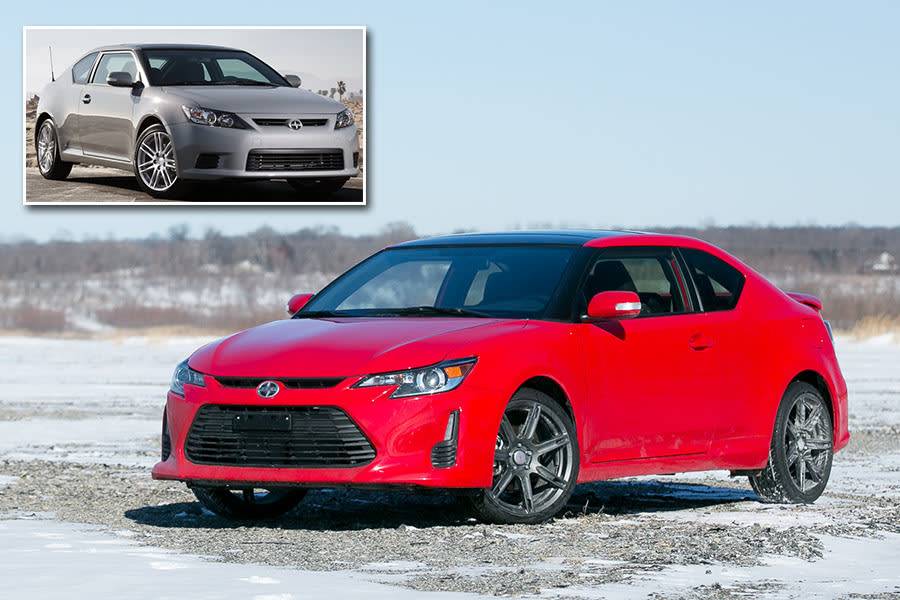 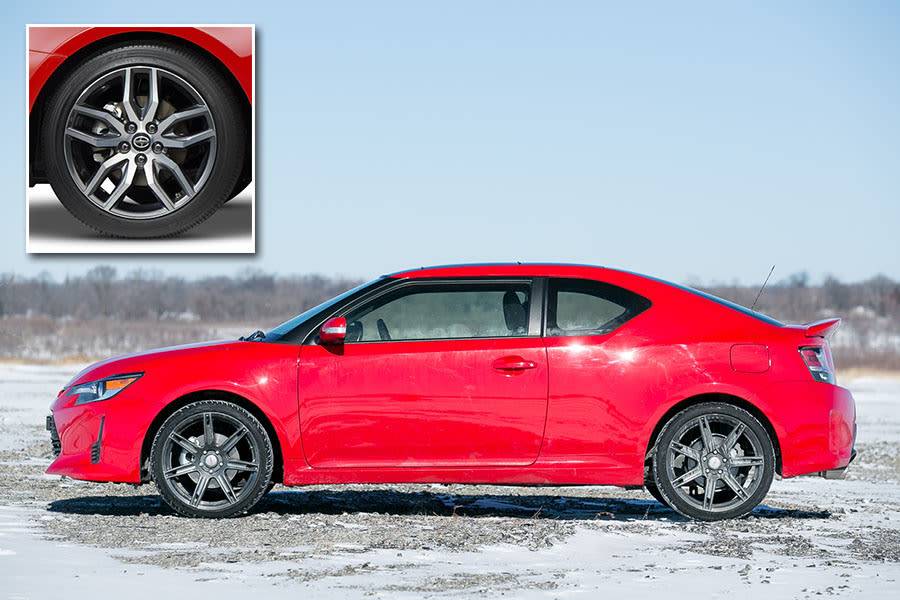 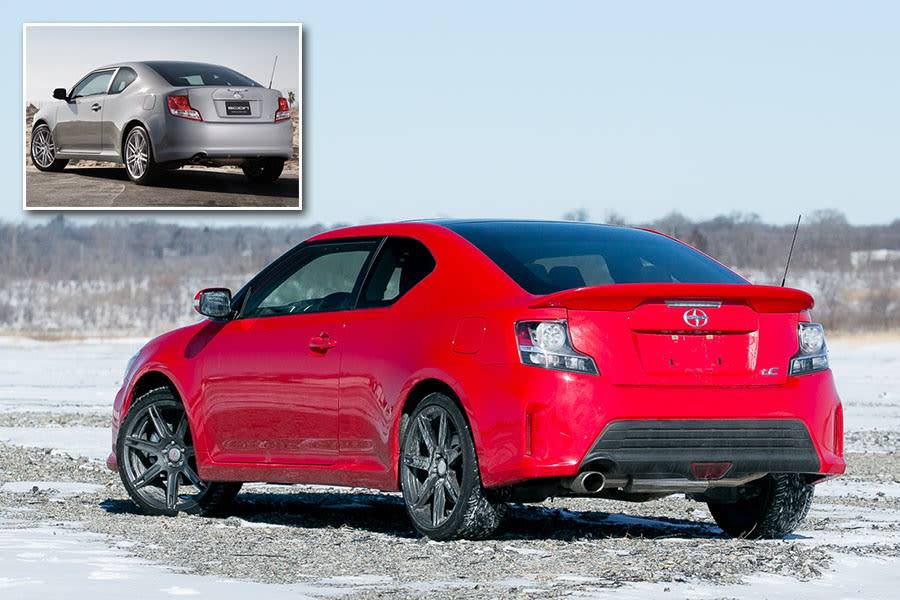 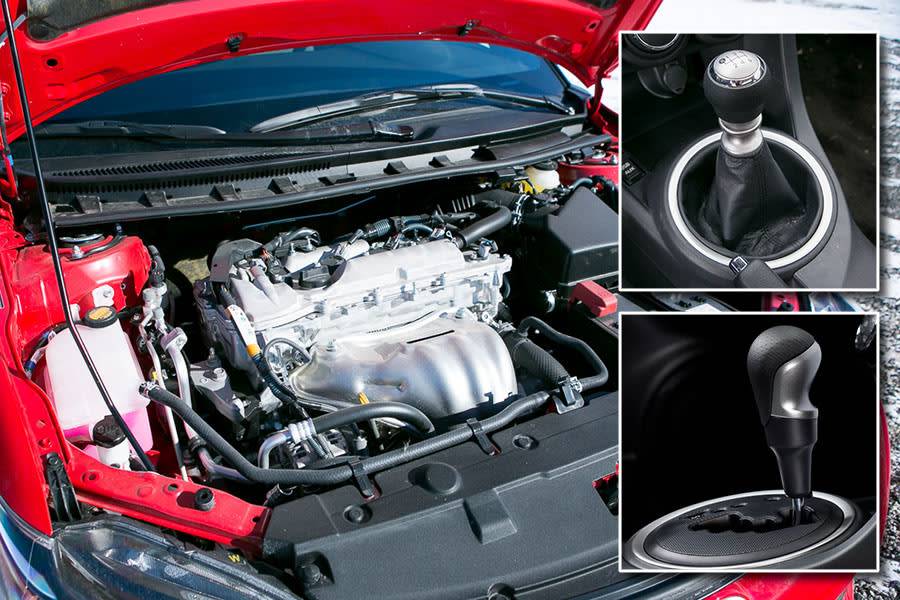 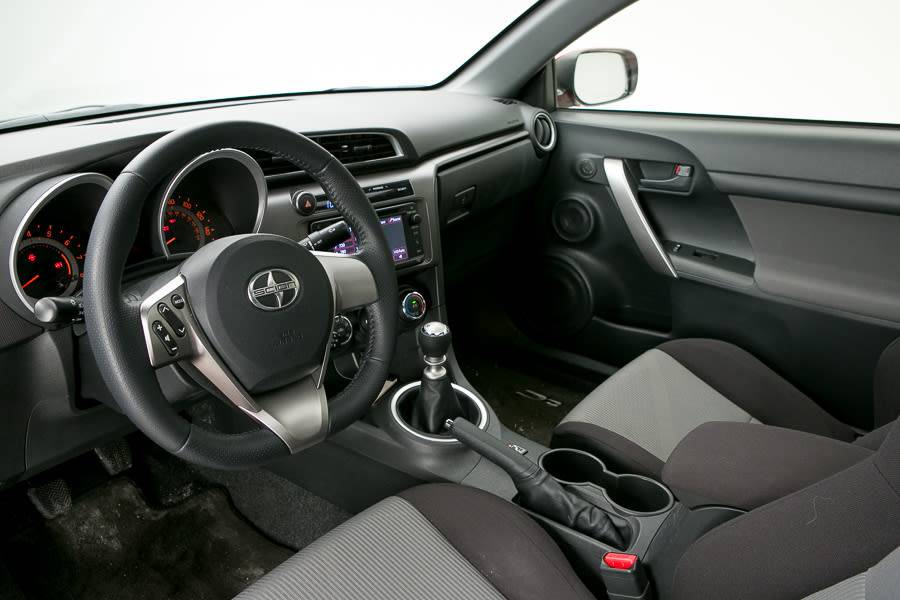 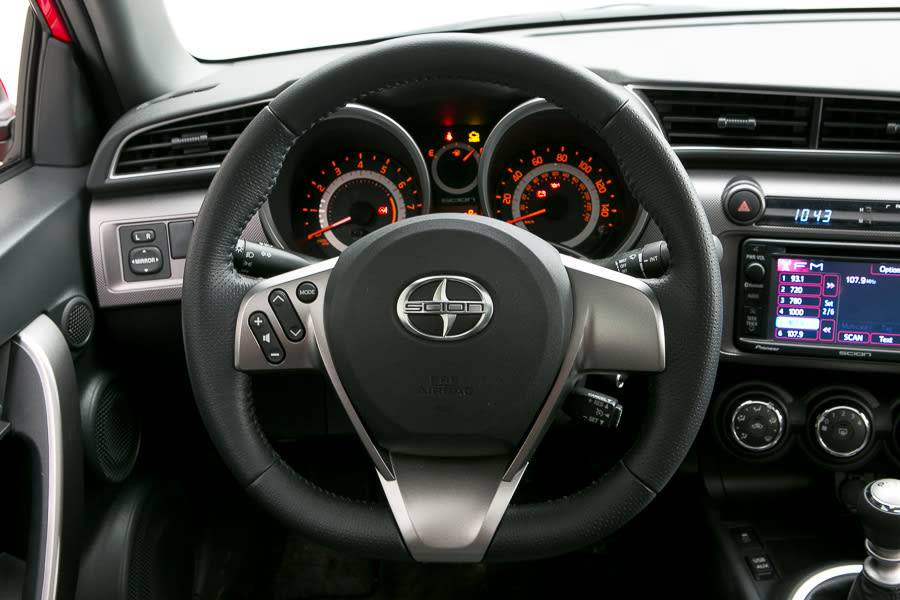 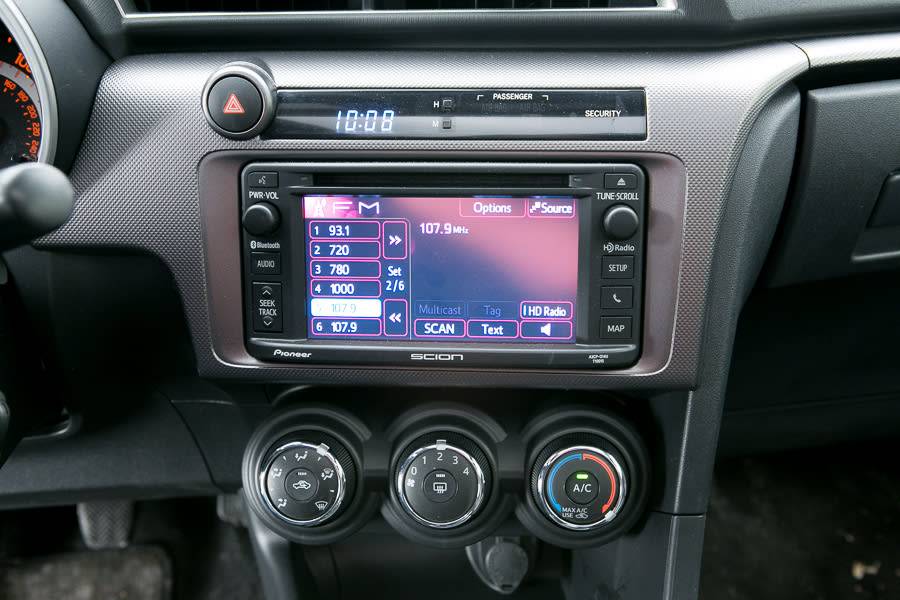 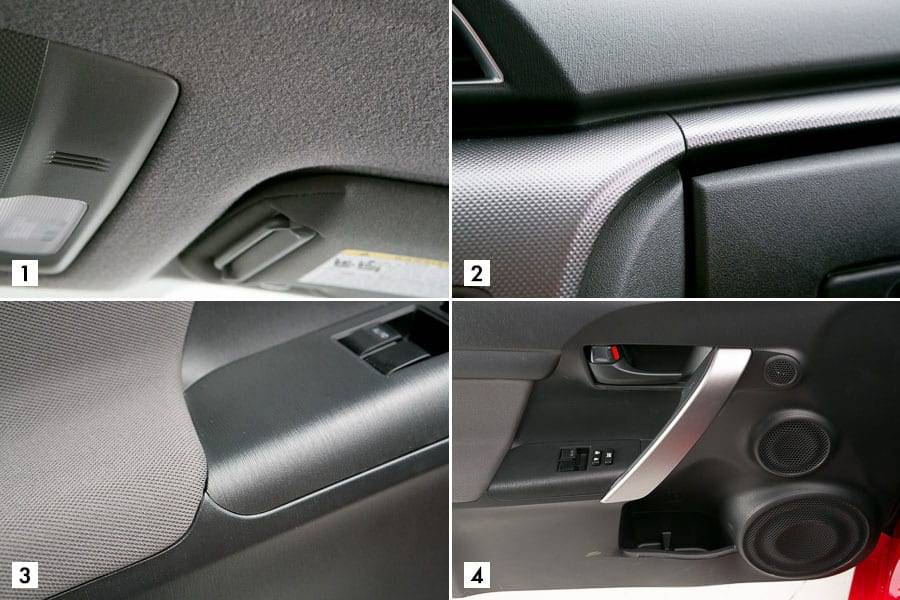 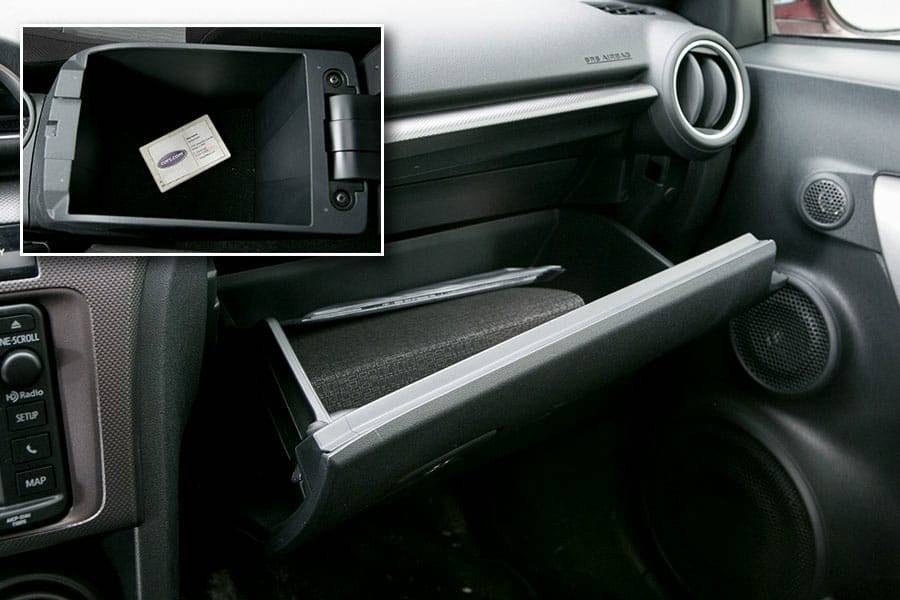 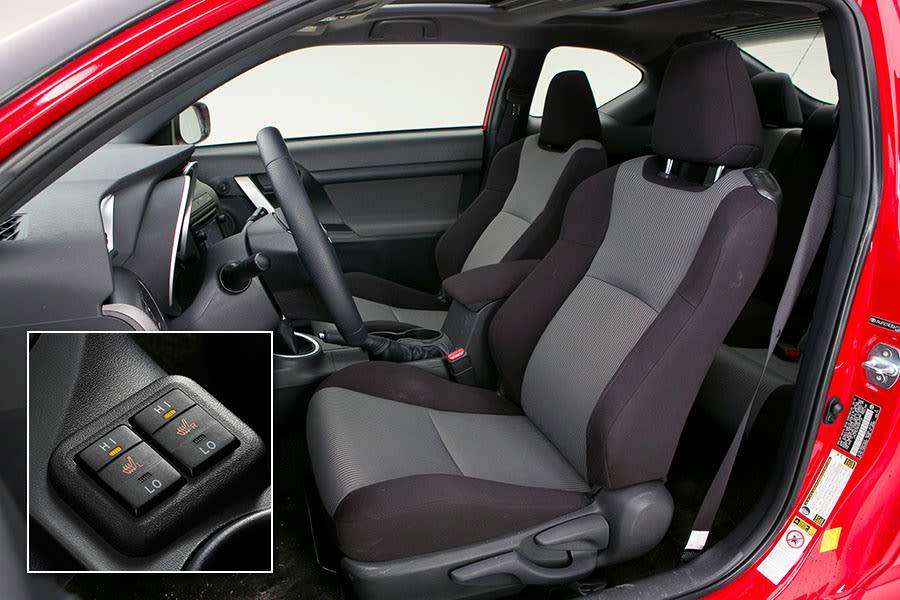 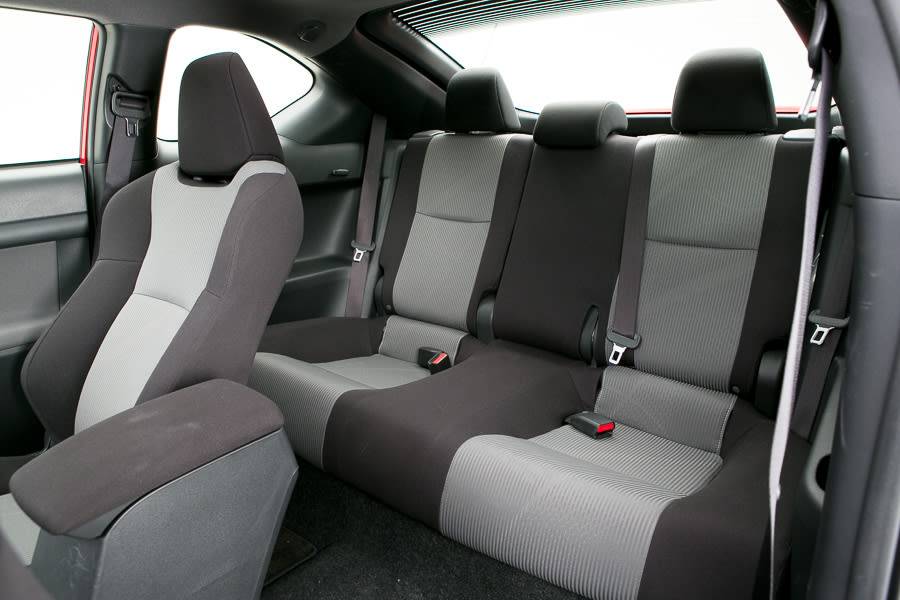 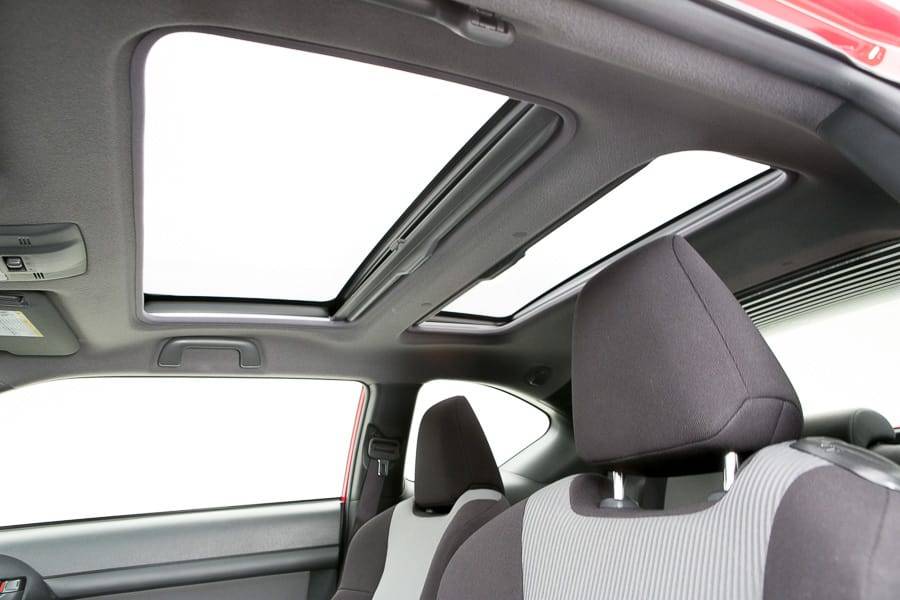 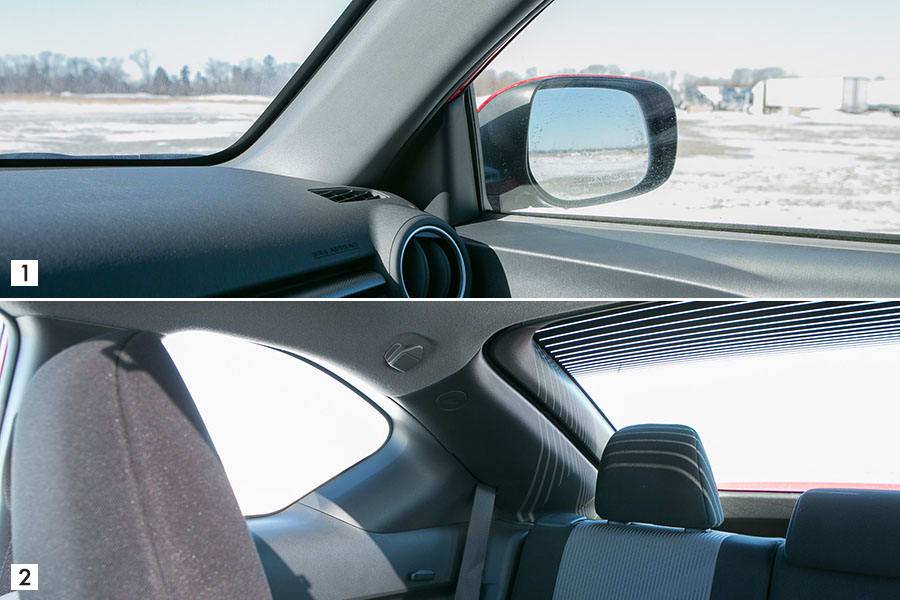 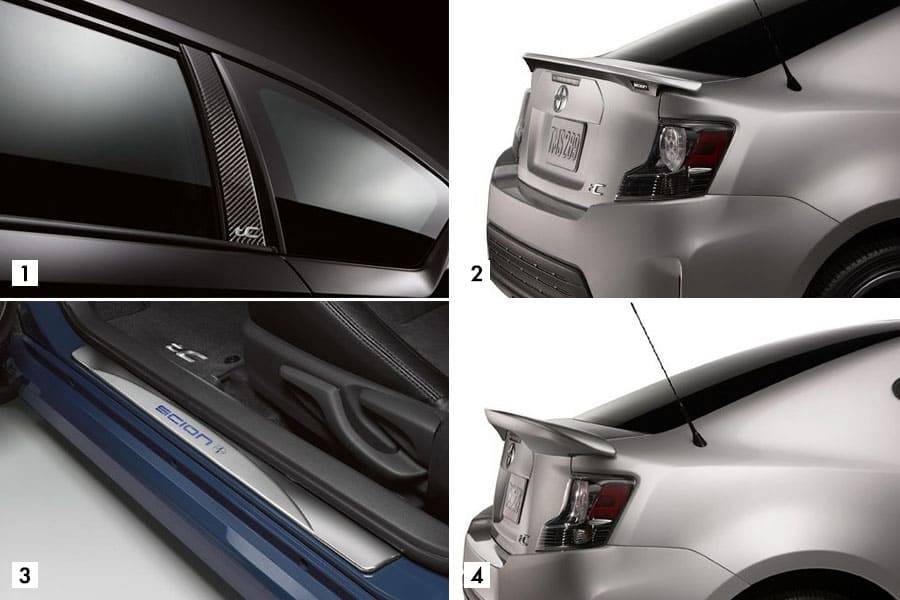 Editor’s note: This review was written in March 2014 about the 2014 Scion tC. Little of substance has changed with this year’s model. To see what’s new for 2015, click here, or check out a side-by-side comparison of the two model years.

Scion’s second-generation tC has disappointed since it arrived in October 2010, in part because the first-generation sport coupe was an unlikely jewel. We hoped Scion would right the ship when it took the wraps off the tC’s 2014 midcycle update, but the changes are mostly cosmetic.

The 2014 Scion tC is a lot of car for the money, but many drawbacks remain — and better choices exist.

The front-drive, five-seat tC comes in one well-equipped trim for around $20,000, including the destination charge, but various limited editions, like the Monogram Series and anniversary-themed 10 Series, offer more features. Compare them here, or stack up the 2014 and 2013 tC here. A 2.5-liter four-cylinder engine and manual transmission are standard. An automatic is optional, as are a slew of accessories.

We tested a stick-shift example decked out with add-ons; the total came to just more than $25,000.

Exterior & Styling
Characteristic of the second-gen car, the tC’s flat roofline pays dividends in cabin room, but the coupelike styling belies the fact that it’s technically a hatchback. A fresh face for 2014 should distinguish the Scion from its compact-coupe ilk, but Scion has yet to hit the styling gold Hyundai did with the Elantra. A wide, lower grille recalls the recent Avalon redesign from Scion’s Toyota parent, while the reshaped headlights have a beadier expression. The tail, meanwhile, gets lighter taillights and a dark lower garnish that Scion says evokes the FR-S sports car. Cladding is so Pontiac; I prefer the 2011-2013 tC’s monochrome bumper.

How It Drives
Don’t let the tC’s modest 179 horsepower fool you. The car’s 172 pounds-feet of torque feel evenly distributed along the tach, and it makes for a palatable driving experience, with enough low-end power to chirp the front tires on hard takeoffs through the first two gears. The engine revs a bit hoarsely as it heads past 3,000 or so rpm — an area the direct-injection FR-S, by contrast, revs smoother — but overall oomph falls in line with Honda’s 2.4-liter Civic Si. Power-hungry shoppers can get a lot more bang for a bit more buck in a V-6 Ford Mustang or Chevrolet Camaro, which elevate power to another level. But versus a lot of smaller four-cylinders, such as the base Civic, Kia Forte and Hyundai Elantra coupes, the tC is a peppy alternative.

You pay for it at the pump, however. With either transmission, EPA mileage is 23/31/26 mpg city/highway/combined. The Elantra, Civic and Forte coupes beat the Scion by 1 to 5 mpg depending on configuration.

Absent the tC’s optional short-throw shifter, our test car’s six-speed manual had medium throws — a far cry from the excellent short-throw shifter in the FR-S — but evenly spaced gearing. Second gear picks up right where 1st left off, and so on. Fourth is perfect to pick up some quick highway speed, but there’s enough power to tack on speed even in 6th. Accelerator response is sharp enough to match revs on downshifts, though expert stick-shifters may wish the revs didn’t hang so long.

The steering, tuned for better engagement this year, exhibits good composure and hauls the tC into corners with quick enough reflexes. Dial in what you want, and the nose points with minimal slop. Pile into a turn hard, and the tC bares its front-drive layout with predictable understeer. But the rear soon follows, and judicious lifts on the gas can drift the car out on all fours. The four-wheel-independent suspension — an advantage on paper versus the semi-independent rear suspensions in many compacts — allows modest body roll, but not enough to squelch the fun. The standard stability system allows plenty of play, correcting only at the furthest limits.

Our test car lacked the tC’s front-strut brace, a performance accessory that may flatten cornering even more. Scion says it revised the suspension and chassis this year for additional rigidity. Despite its 19-inch wheels and P235/35R19 Z-rated all-season tires, our test car cushioned manhole covers and small ruts well enough. Highway isolation is decent, for what the tC is, but dips and rises in the road bring as much turbulence as you’ll feel in a 737 in a thunderstorm — and it evokes the 2011-2013 tC’s choppy antics. The tC bobs and dives with the worst of them, and the bucking motion will have you hunting down smoother roads.

Interior
The tC adopted a budget interior in its 2011 redesign, and we hoped the 2014 update would return some of the car’s former glory. It didn’t. Cabin materials remain a sea of blight: From the plastics along the windowsills to the door handles themselves, the tC feels cut-rate. The headliner is a ratty mess, and the tC’s single upscale feature — a dual-pane panoramic moonroof — has sunshades that seem fashioned out of thrift-store tarp. There’s a visible gap between the glove compartment door and the upper dash, and the climate controls are crude. The outdated red gauges lack sufficient daytime backlighting, and they get lost in the shadows when the sun is overhead. Features in the first-gen tC, like digital climate control and one-touch windows for the driver and passenger, remain MIA.

Tall drivers will wish the front seats had more adjustment range. My 6-foot frame needed the seat all the way back in its tracks for a comfortable reach to the pedals. The seats themselves have substantial cushioning and even support, but the driver-seat height adjuster feels like it’s going to fall off in your hand. Cheap, cheap, cheap. (I’m sounding like either a broken record or a bird’s nest. You get my drift.)

The tC’s flat roofline pulls the window pillars to the corners of the cabin, and the resulting layout makes for a low windshield with A-pillars that sit within your field of vision — a deal-breaker for some shoppers right off the bat. The rear window’s shallow rake picks up a lot of rain, and despite the tC’s hatchback layout it lacks a badly needed rear wiper. Still, the setup helps backseat room in a big way. The rear seats have more legroom than in some compact sedans, and headroom impresses, too. The seats recline a few degrees in a 60/40 split, and the driver’s seat has a memory feature to return to its previous position after walk-in access. Curiously, the passenger seat does not.

Cargo & Storage
Fold those rear seats down, and there’s a continuous load floor with enough clearance for the seats to fall even if the fronts are all the way back. Scion says there’s 14.7 cubic feet of cargo room behind the rear seats, but like all open-space cargo areas in hatchbacks, SUVs and wagons, that’s measured using cargo-area dimensions. Enclosed spaces, like sedan and coupe trunks, use luggage-simulating cargo blocks to measure space, and the results aren’t comparable with open areas. The upshot? The tC’s cargo area is similar to hatchbacks like the Volkswagen Golf (15.2 cubic feet) and Hyundai Veloster (15.5 cubic feet), but the numbers can’t be reliably compared with the trunks in the Civic, Elantra or Forte coupes.

Safety
With a score of acceptable in the Insurance Institute for Highway Safety’s small-overlap test plus top scores in other IIHS tests, the tC is an IIHS Top Safety Pick for 2014. Standard features include the requisite airbags and stability system, but Scion offers no forward collision, lane departure or blind spot warning systems — crash-avoidance technology that’s fast becoming available among compact cars and is found in some Toyotas. It also lacks a backup camera, something most competitors offer. The Honda Civic has one standard.

Value in Its Class
Want a big four-cylinder, a panoramic moonroof, 18-inch rims and three years’ free maintenance for under 20 large? Scion has your answer. Similar money buys coupe versions of the Civic, Elantra or Forte; all those choices beat Scion in fuel efficiency and cabin quality, but none can match the tC’s features at this price.

The tradeoffs are myriad, however, especially as you climb Scion’s price ladder. A well-optioned tC overlaps the Hyundai Genesis Coupe and Detroit’s muscle cars, and even stripped-down versions of those are superior. If you appreciate refinement, any of the aforementioned compacts — plus a number of others — raise the bar. Squeezed in the middle, the tC is the right car for value-oriented sports-coupe shoppers, but its appeal diminishes for just about everyone else. For most of you, there are better choices.