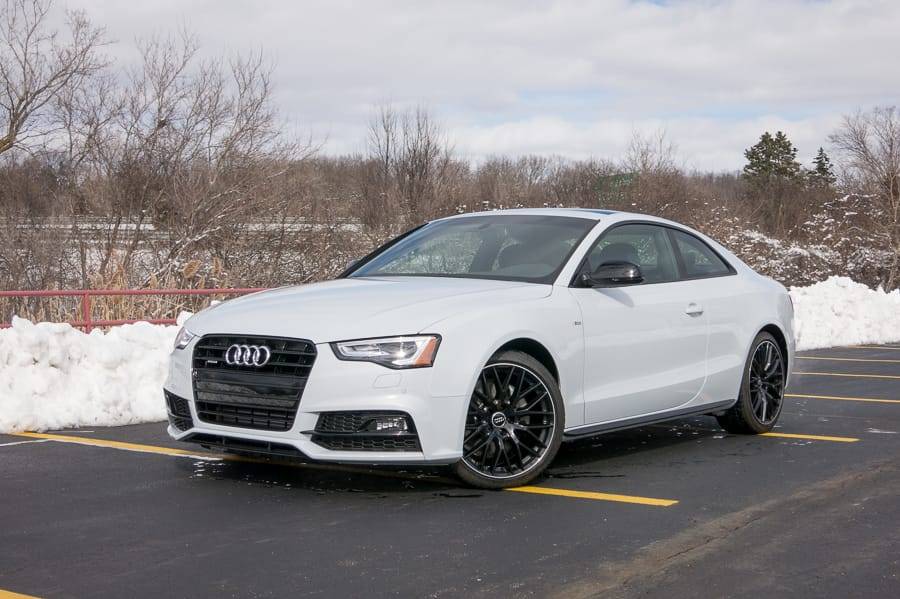 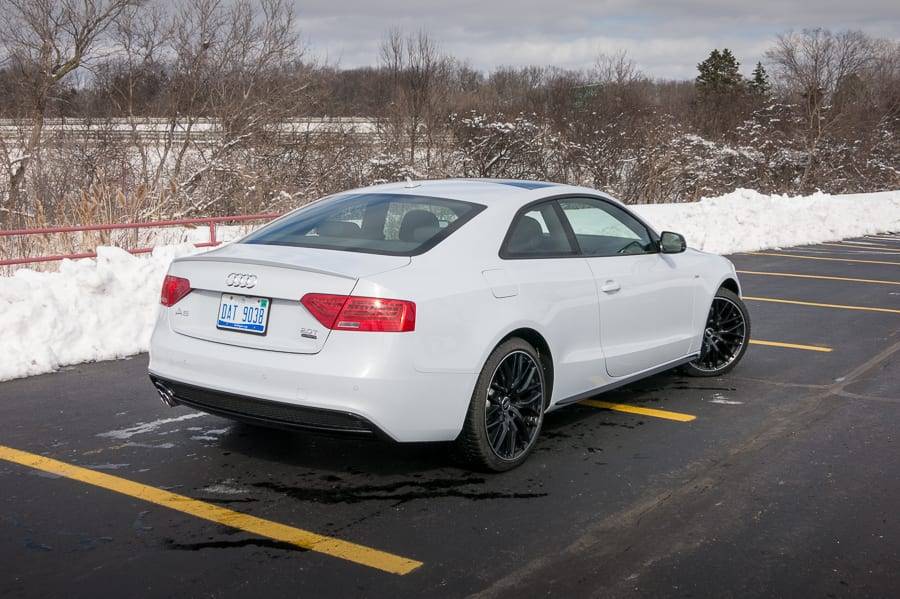 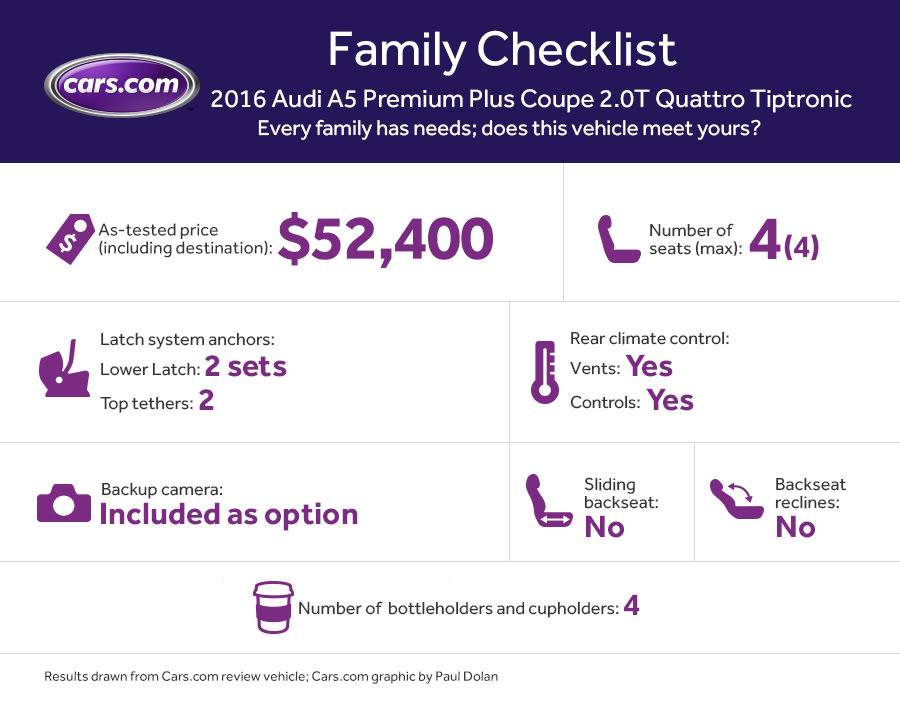 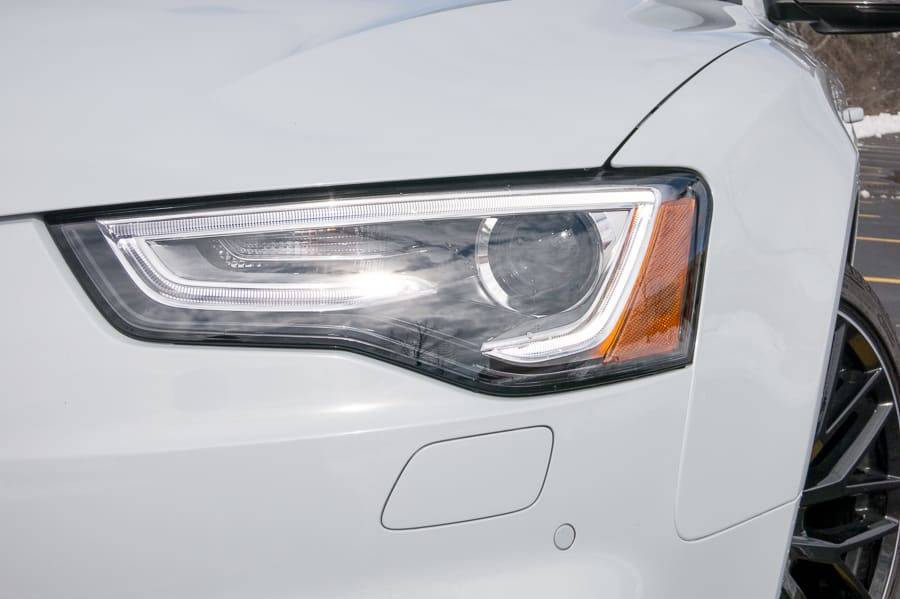 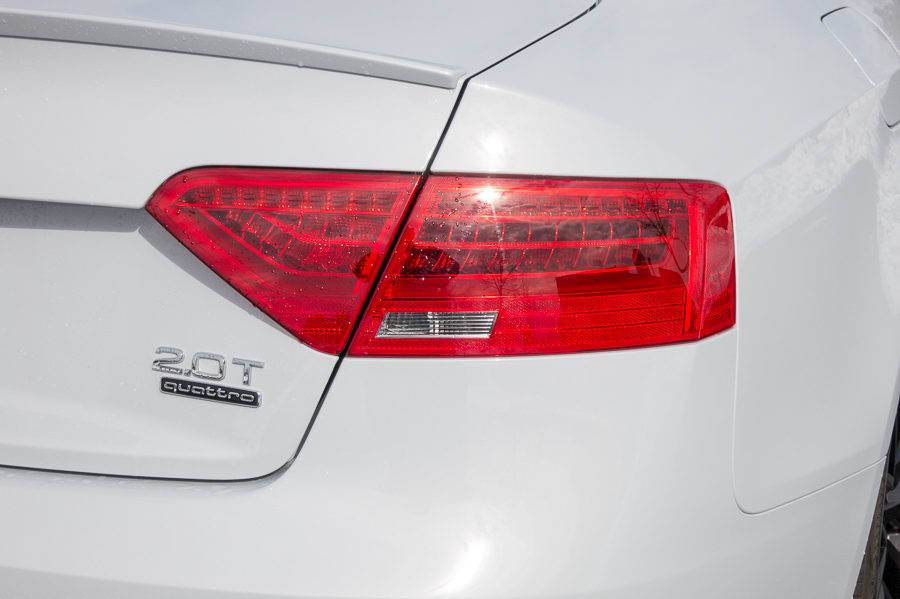 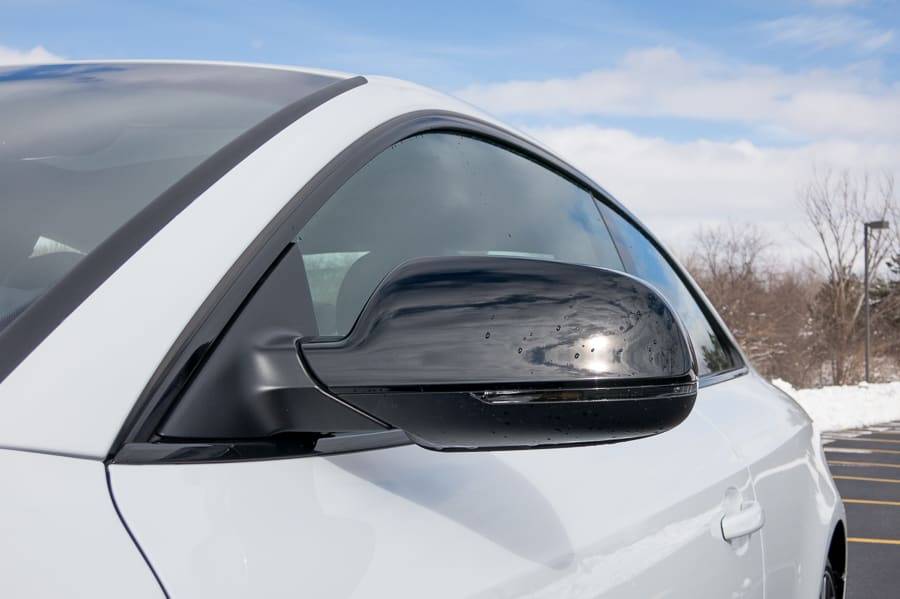 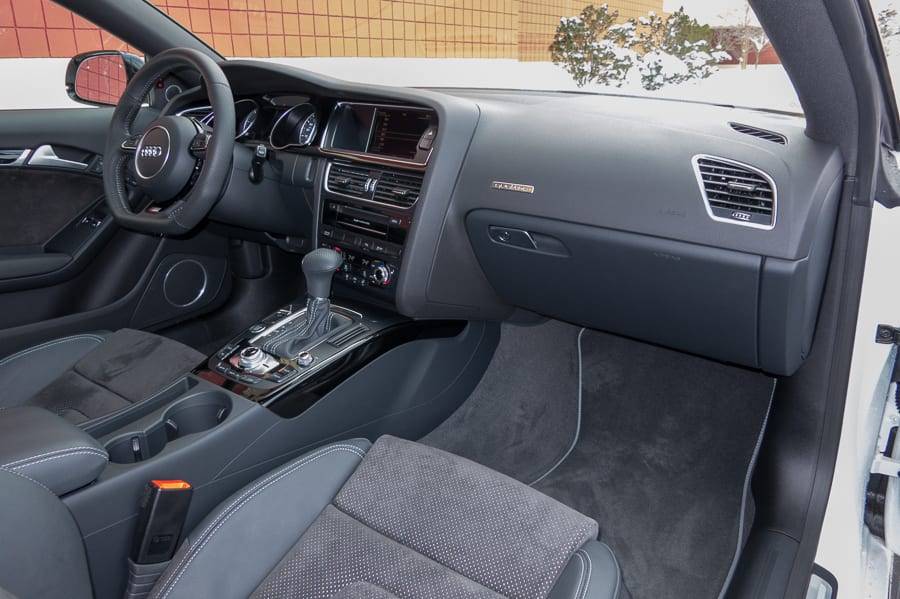 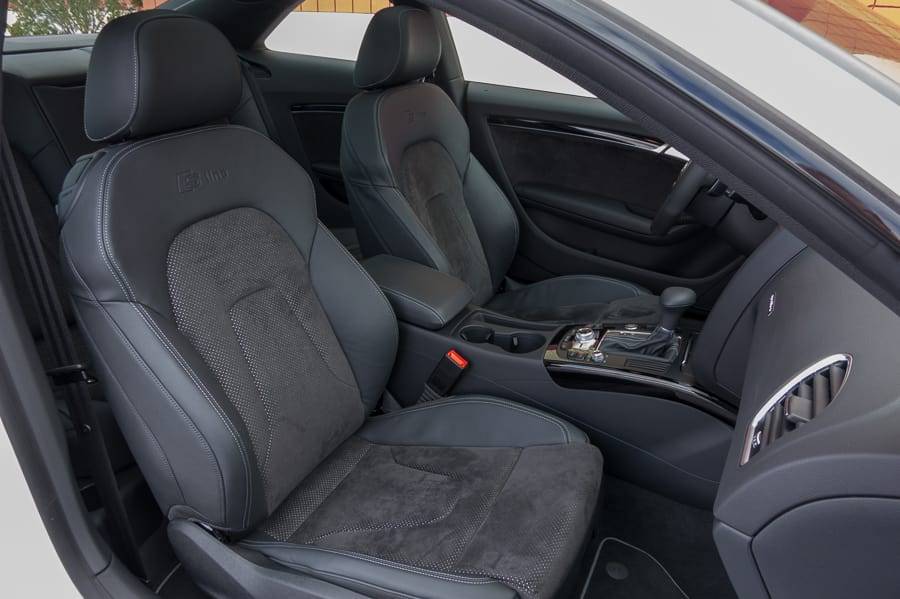 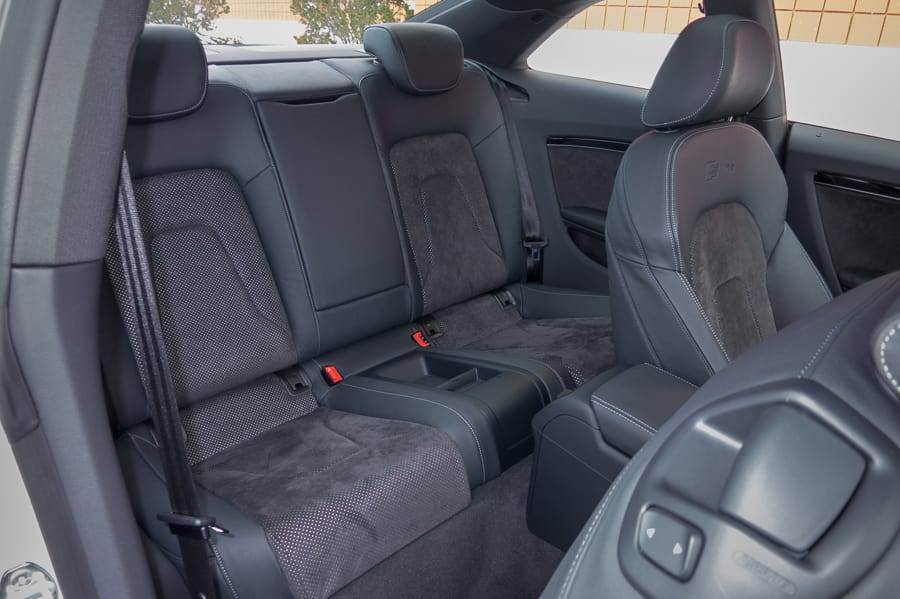 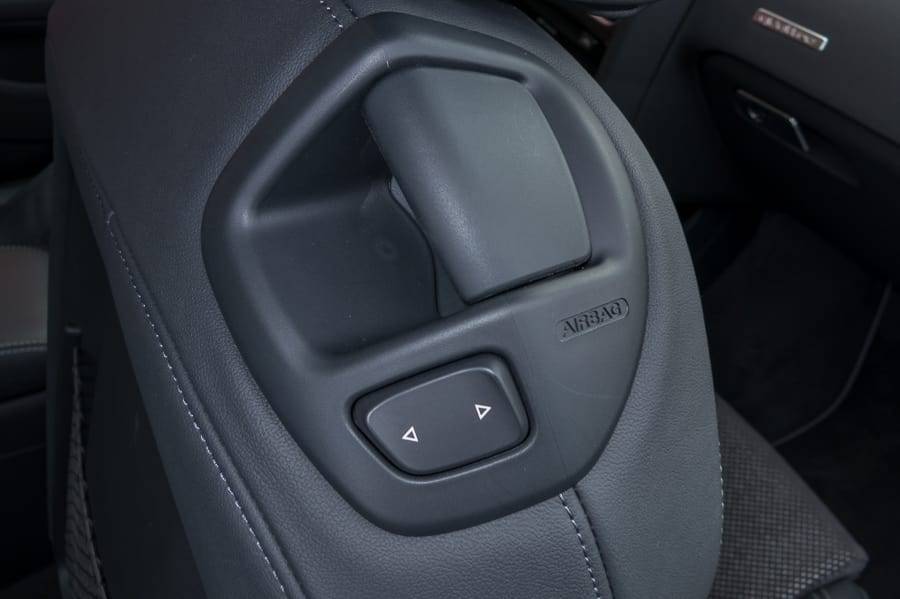 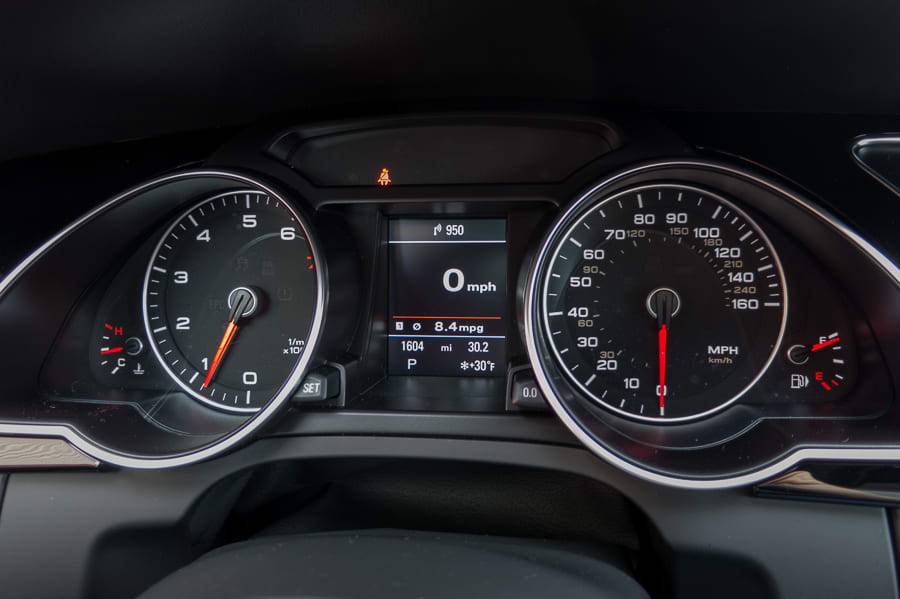 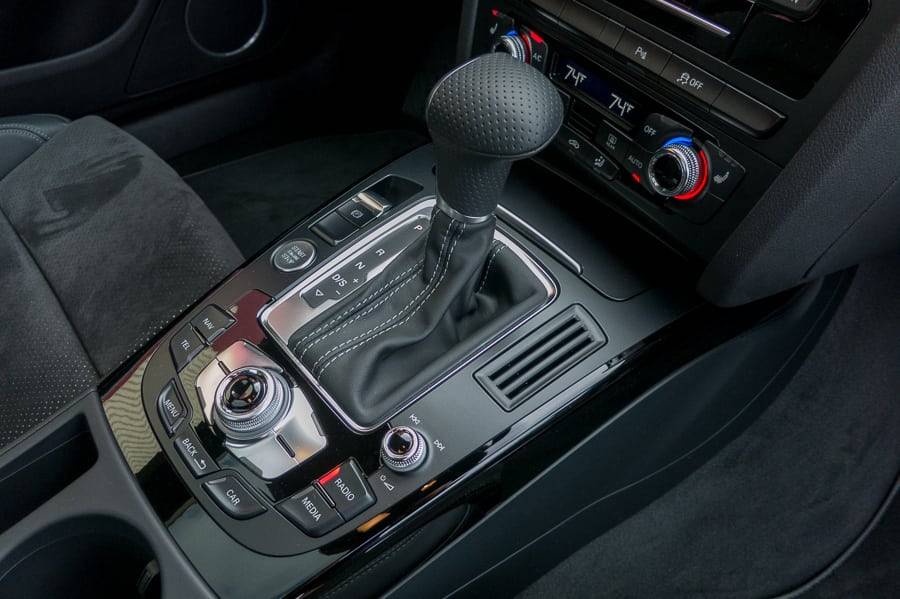 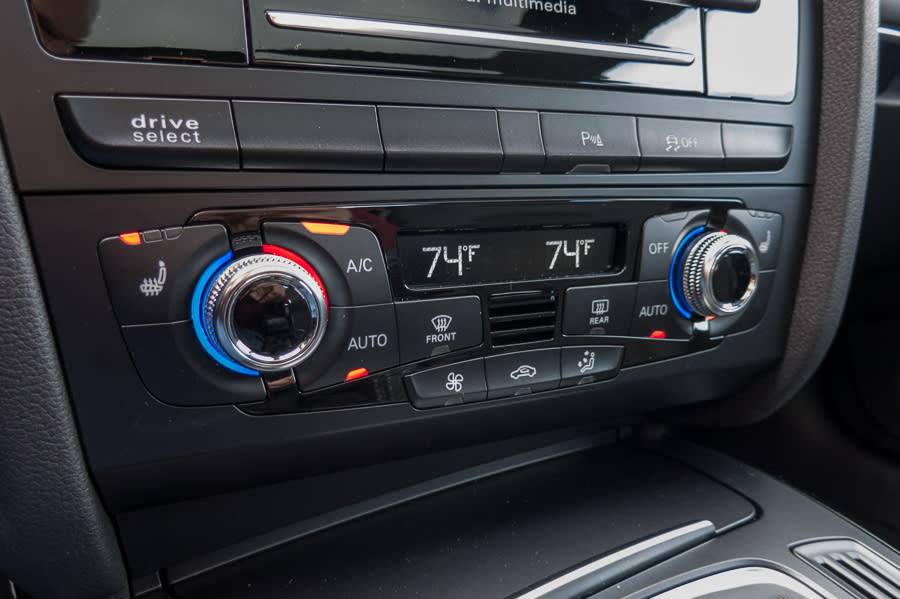 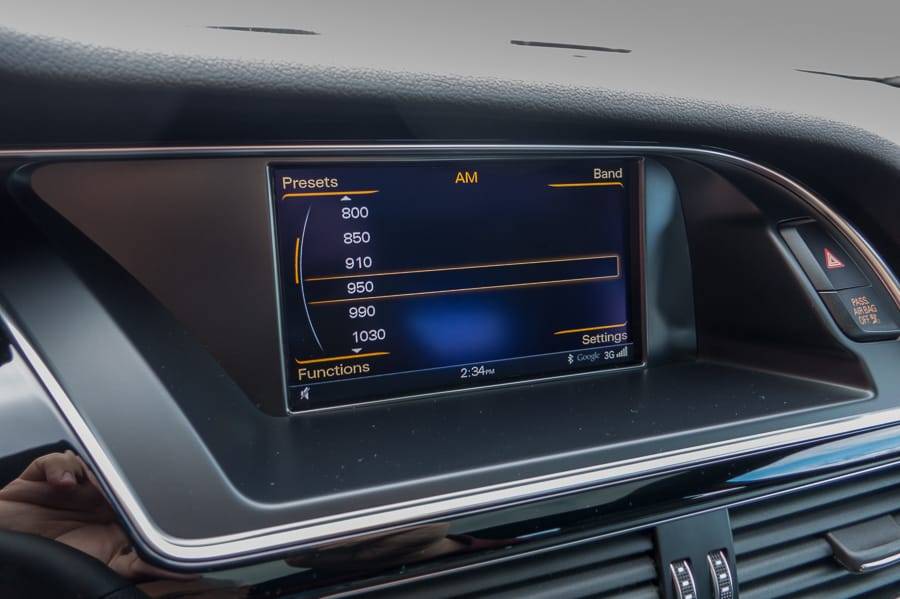 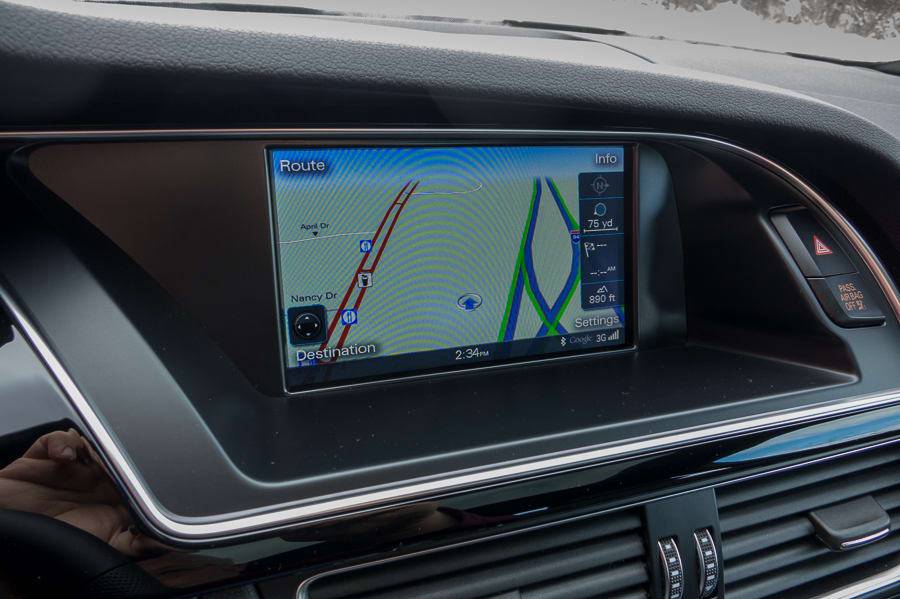 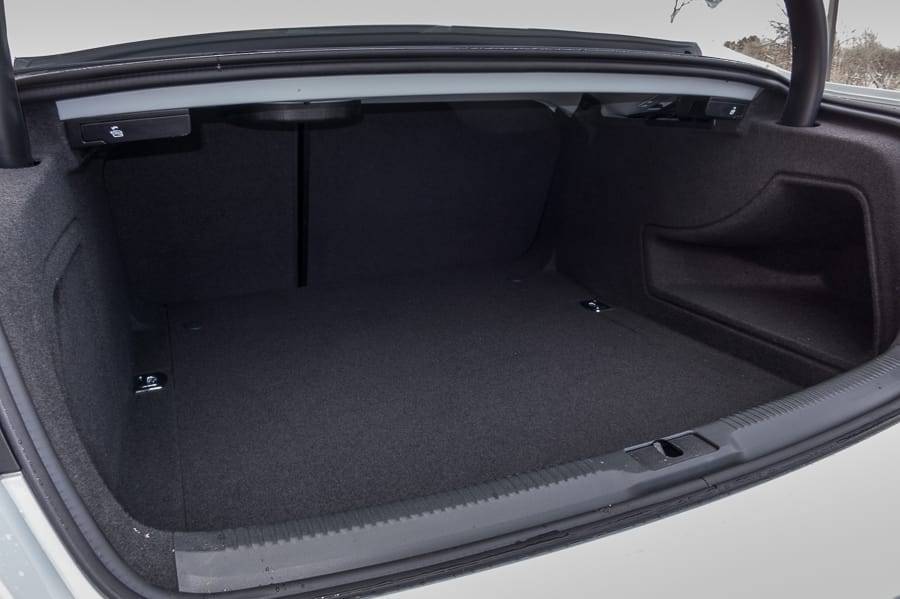 Verdict: The Audi A5 is a perfectly pleasant, if dated, personal luxury coupe.

Versus the Competition: The A5 is less powerful than just about any of its competitors, but it doesn’t feel slower. The A5 is soon to be redesigned, but right now its equipment and safety systems are outmatched by the older body-types like the BMW 4 Series, Lexus RC, Cadillac ATS and the newly updated Mercedes-Benz C-Class coupe.

Audi’s compact luxury lineup is in the middle of being refreshed, with the new 2017 A4 arriving this spring. That leaves the related S4 sport sedan and A5 coupe still soldiering on as 2016 models without an update yet. There aren’t many changes for 2016 for the A5 (compare the 2015 and 2016 models here), limited to some newly standard features on the Premium and Premium Plus trim levels. We had one last look at the latest edition to see if it still can be competitive against the newest crop of compact luxury coupes, or if it’s a better idea to wait for the redesign.
Exterior & Styling
The Audi A5’s shape is familiar by now, but that doesn’t make it any less attractive. My test car came in a ghostly light gray with black wheels, a combination that really sets off the subtle muscular curves of the coupe’s profile. The roof is lower than that of the A4, making it a bit of a twisting effort to get in or out, but this is the price one pays for going for the sexier coupe versus the more formal sedan.

Styling doesn’t often change much from one generation to another in this category. Among German competitors, the BMW 4 Series and Mercedes-Benz C-Class look fresh but not terribly “new.” The Japanese are getting more adventurous, however, with the Lexus RC 350 and Infiniti Q60, so the pressure is starting to ratchet up for the A5’s next generation.
How It Drives
My test car was equipped with Audi’s excellent turbocharged 2.0-liter four-cylinder engine, putting out 220 horsepower and mated to a slick-shifting eight-speed dual-clutch automatic transmission. Audi’s Quattro all-wheel drive is standard on the A5, while a six-speed manual transmission is available. The turbo four feels more powerful than numbers would suggest, with plenty of punch anywhere in the rev range and a transmission willing to kick down when you ask. Audi says that the A5 will zip from zero to 60 mph in just a hair over 6 seconds, and I don’t wonder if that’s a conservative estimate. The Audi Drive Select allows you to choose a transmission and throttle-response profile to skew it toward more aggressive performance or calmer operation. Sadly it doesn’t louden the exhaust, as it does in some of the S cars, to change the A5’s aural characteristics.

The Audi A5 is a calmer experience than the more performance-oriented Audi S5, with a sport suspension that’s a bit softer and oriented more toward a comfortable ride instead of pure handling prowess. The big, optional 19-inch alloy wheels and tires on my test car were surprisingly compliant, but that may have been a factor of them being winter tires, which usually are softer than the more aggressive all-seasons that are standard on the A5. Ride and handling are well-balanced, giving the A5 more of a grand tourer vibe than a sport coupe one. It’s meant to look good first and foremost, and to provide its driver with a luxurious experience that’s a step above most mass-market cars but not as aggressively sporty as the experience provided by a BMW 4 Series or Cadillac ATS coupe.

The benefit of having so many gears to use and an efficient turbocharged motor is fuel economy that’s better than expected. The A5 is rated at 21/30/25 mpg city/highway/combined, which is competitive with rivals such as the BMW 428i xDrive (22/34/26 mpg), Cadillac ATS 2.0L Turbo Standard all-wheel drive (22/30/25 mpg) and the Lexus RC 200t (22/32/26 mpg).
Interior
Slide into the A5’s cozy cockpit, and everything will look familiar – especially if you’ve spent any time in an Audi A4. Shapes, materials, seats, all of it has looked like this for the better part of a decade now. It may not feel new, but it still feels good, with top -uality materials, smooth button action and assembly quality that still ranks as the benchmark for any brand on sale today. My test car included the S Line Competition Plus Package, which brings faux-suede-and-leather sport seats with embossed logos, piano-black trim and an S Line flat-bottom, three-spoke steering wheel.

Visibility is decent to the front and sides, less so to the rear, where the squashed rear window and wider C-pillars make the optional blind spot monitoring system very useful. Headroom is not as copious as it is in the A4, due to the lower roofline and a moonroof that eats into precious inches.

There isn’t as much backseat room either, with a narrower seat and less legroom than the already rather cramped 2016 A4’s rear quarters. (As reported in our First Drive, however, the redesigned 2017 A4 has more backseat space.) But this isn’t the car for the young family with a child-safety seat; this is more a personal coupe for a young couple or someone single. It’s meant to carry more than two people only on rare occasions, and it can certainly do so, but those extra passengers aren’t going to want to ride any longer than necessary.
Ergonomics & Electronics
The A5 has the previous generation of Audi’s Multi Media Interface system, which already is being replaced in fresher Audi models, and we’ll miss it in this older form. As it sits here, the MMI is one of the easiest multimedia systems to operate, with a control knob flanked by four buttons that correspond to the four corners of the screen. It’s quick, simple, thorough and a breeze to use even when barreling down the highway, requiring a minimum of attention and very little time with your eyes off the road. Audi Connect services include Wi-Fi connectivity for onboard personal electronic devices, as well as adding Google Maps graphics for the navigation display. It’s all very cool, and fortunately that capability is set to continue with the next-generation unit. What’s missing is Apple CarPlay and Android Auto functionality, something that Audi is adding with that next-generation unit. Audi’s Bang & Olufsen sound system also is a worthwhile option, part of the Premium Plus trim level here, and it is one of the more formidable audio systems available in a luxury car.
Cargo & Storage
The Audi A5’s trunk is a bit smaller than that of the A4, but it’s impressive nonetheless with 12.2 cubic feet of trunk room, expandable when the rear seats are folded. It’s good enough to fit luggage for three people without folding the backseat. It’s not as good as the BMW 428i’s 15.7 cubic feet, but it bests both the Lexus RC 200t and Cadillac ATS coupe, each of which comes with 10.4 cubic feet of trunk space.

Safety
There are no published crash-test ratings for the Audi A5, but if there ever are, they will appear here.

Like most German luxury cars, there are plenty of electronic safety features to be had – and they’re almost entirely extra-cost options. Front parking sensors are part of the S Line Competition Plus Package, while blind spot monitor, rear parking sensors and a backup camera are part of the Technology Package. Items such as forward collision warning, automatic emergency braking, lane departure warning, lane departure prevention, even adaptive cruise control are not offered on the current A5. See the various standard features here.
Value in Its Class
Nearing the end of its model life cycle, the current Audi A5 packs a lot of content into its various packages and is offered up with incentives that lower the bottom line. The base A5 starts at the Premium trim level and is available as a coupe or convertible (cabriolet). The coupe starts at $41,425 including destination fee, but quickly climbs as you add options, including the convertible (cabriolet) option. My test car rang in at a fully loaded $52,400, including a bump up to the Premium Plus trim level, which adds auto-dimming mirrors, heated external mirrors, the Bang & Olufsen sound system, keyless entry and heated seats with memory. That price also includes the Technology Package with navigation, parking sensors, blind spot assist and a color gauge cluster. It also includes the Sport Package with its sport seats, sport suspension and Audi Drive Select controls.

There are plenty of other coupes to choose from in the personal luxury segment, but for comparison we’ve chosen three that match up well (non of which come with front-wheel-drive). The BMW 428i, which is the two-door version of the 3 Series sedan, features a slightly more powerful turbocharged 2.0-liter inline-4 cylinder engine, optional all-wheel drive and a little more interior space than the Audi A5 with quattro AWD. It’s priced a little higher as well, starting at $44,845 for an all-wheel-drive coupe and stretching to nearly $62,000 fully loaded. But it features a lot more content than is available on the current A5. The Mercedes-Benz C-Class coupe is fully redesigned for 2016 and hasn’t yet been tested, but Cadillac’s ATS coupe is familiar to us. It’s a slick-handling, sharply styled coupe that also features a turbocharged 2.0-liter four-cylinder, but it makes 52 hp more than the Audi A5. The all-wheel-drive ATS coupe starts at $41,440 and ranges up to more than $58,000, depending on trim and options. It’s easily a match for the BMW in athletic driving dynamics, and is definitely edgier than the A5. Finally, representing Japan, the Lexus RC 200t coupe is a dramatically styled personal luxury coupe, also featuring the standard of entry-level luxury vehicles, a turbocharged 2.0-liter four-cylinder engine, this time pumping out 21 hp more than the A5. All-wheel drive is not an option on the four-cylinder RC coupe, however, necessitating a bump up to the RC 300 and its V-6 engine, which gets significantly worse fuel economy. As such, the RC 200t’s starting price is a little lower at $40,945, rising to just less than $49,000, a relative bargain compared with the other models. It’s generally not as athletic as the others, however, owing to its greater weight. Compare all four competitors here.