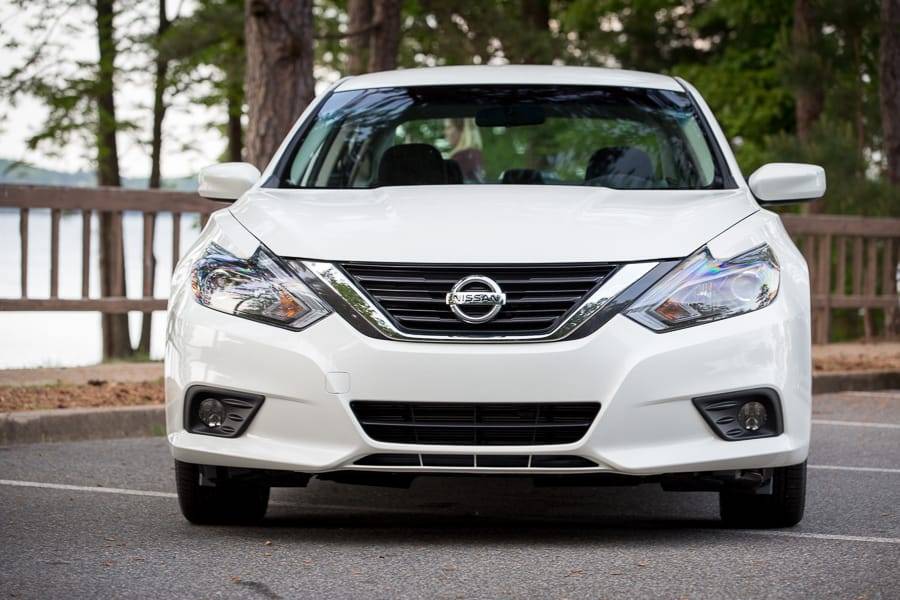 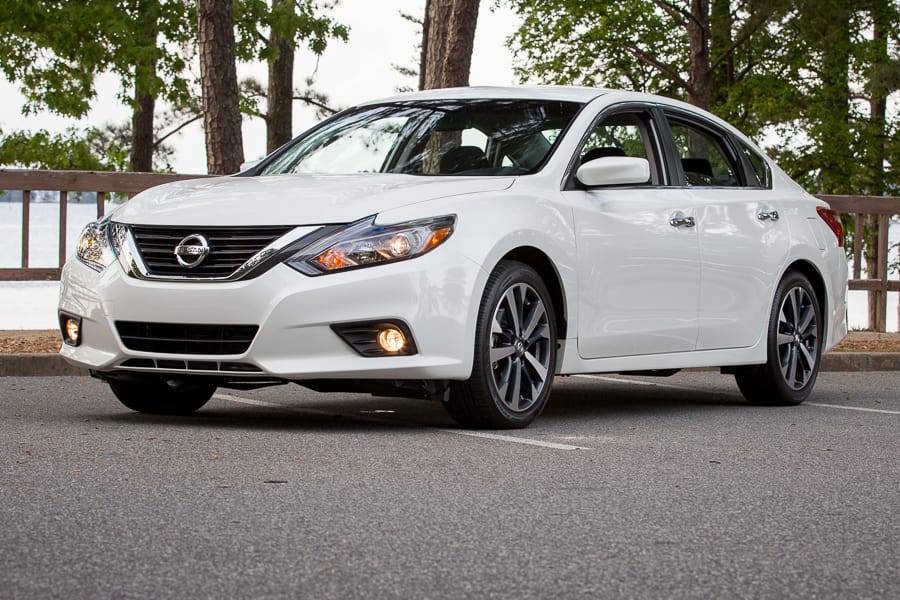 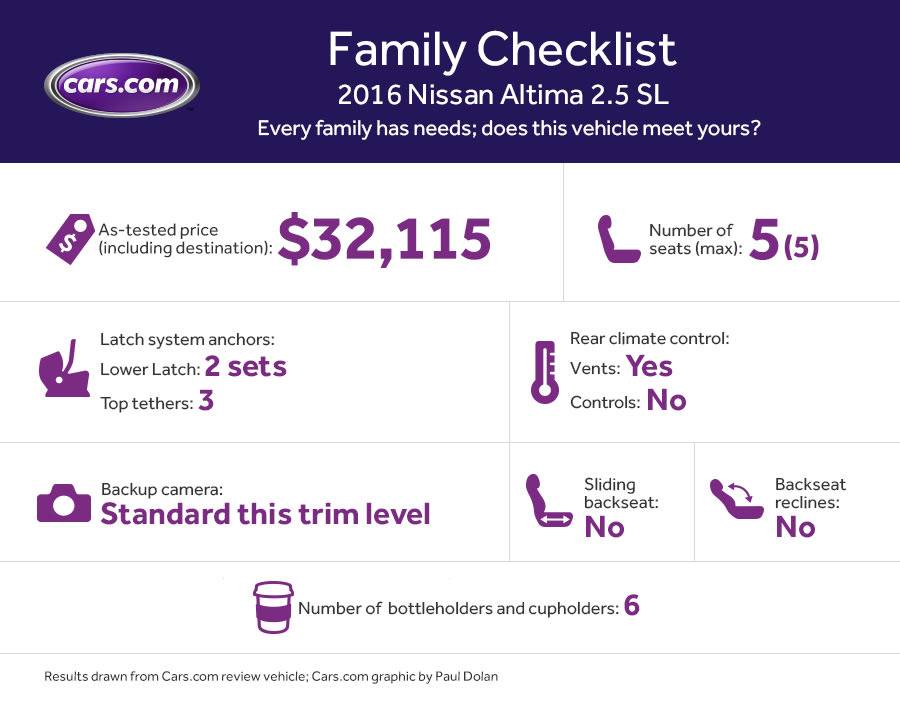 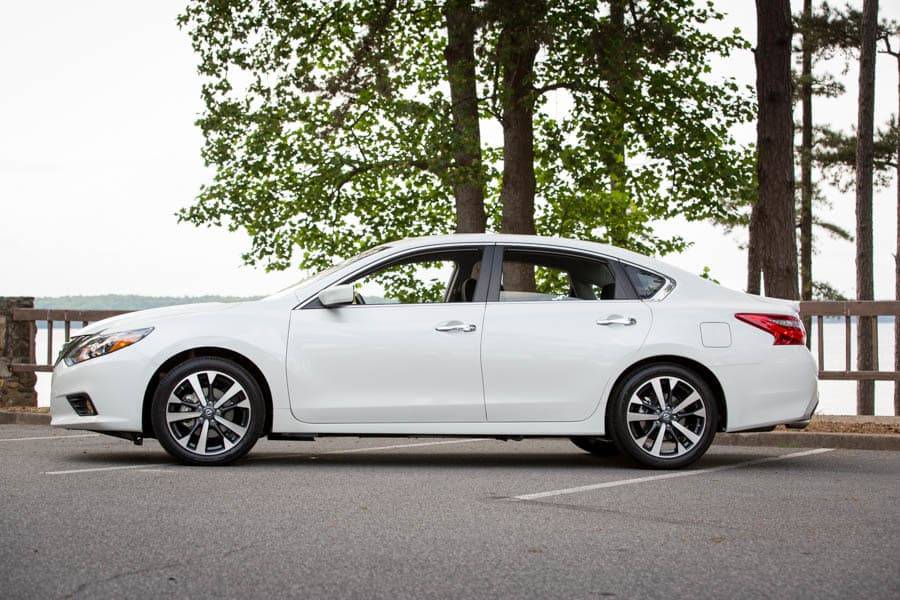 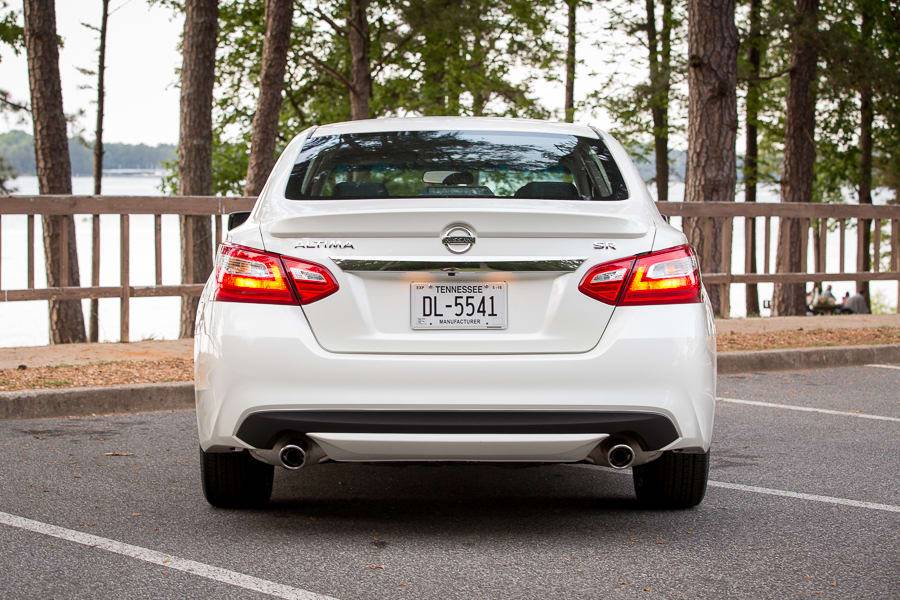 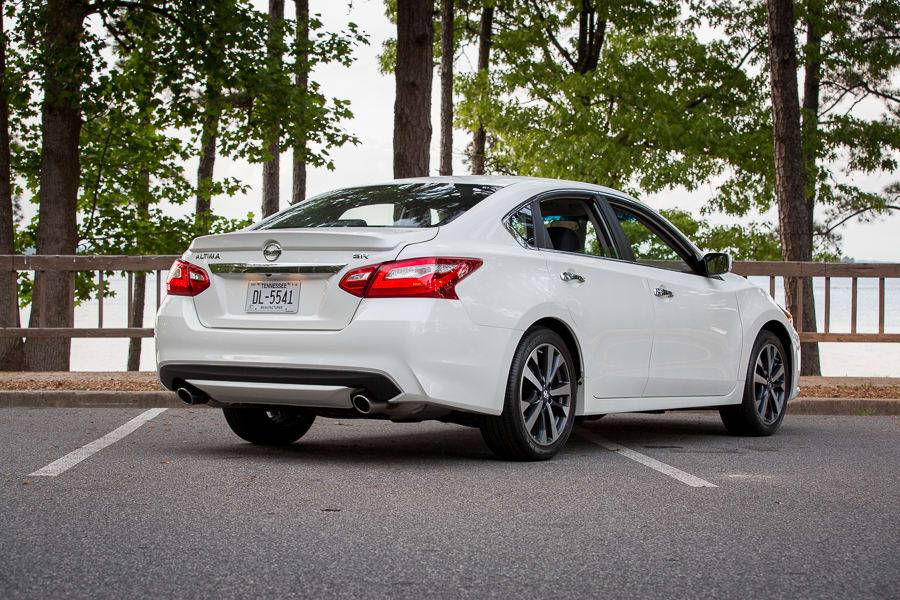 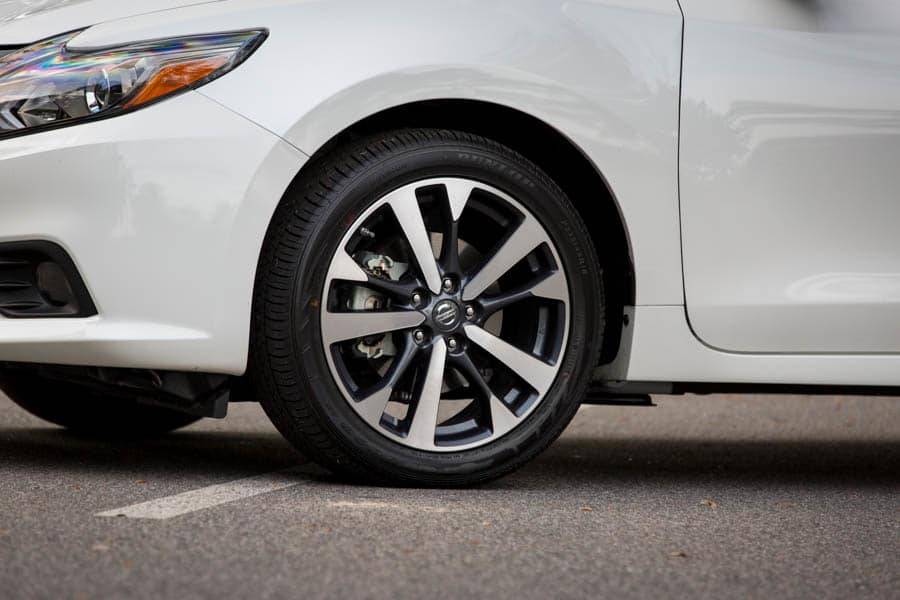 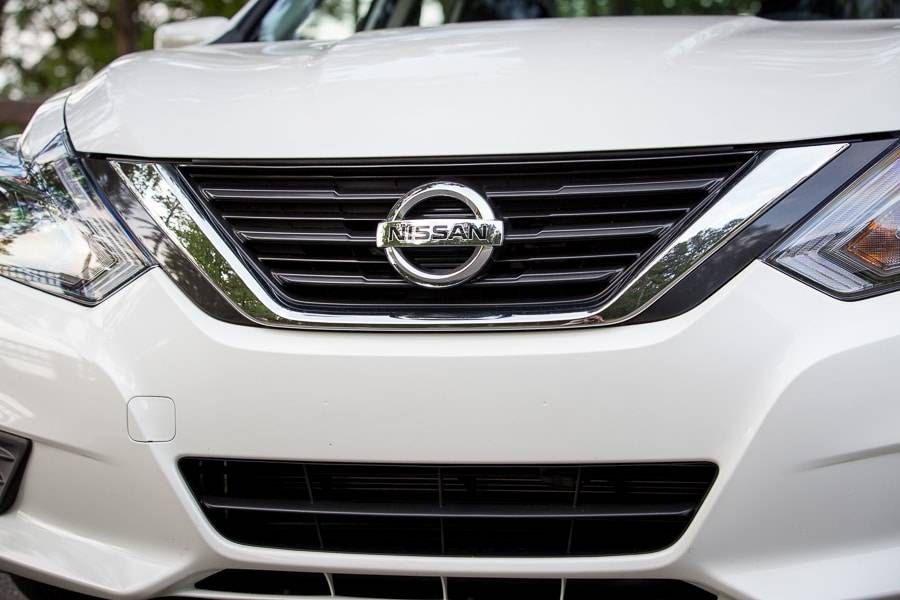 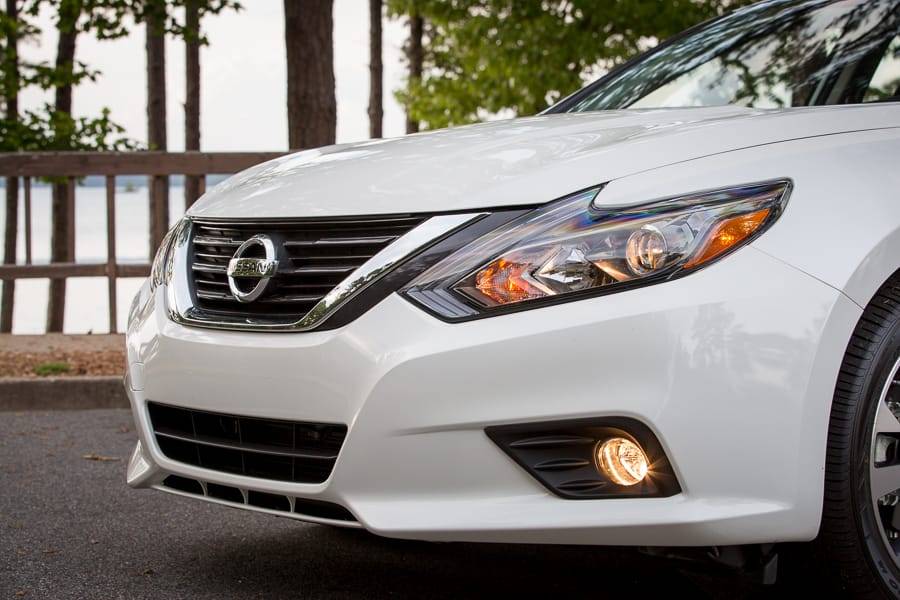 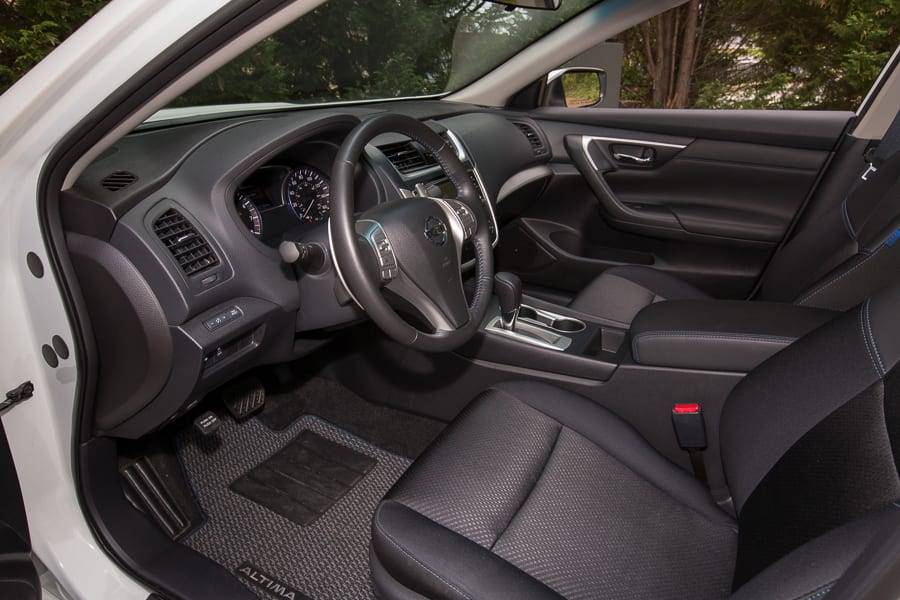 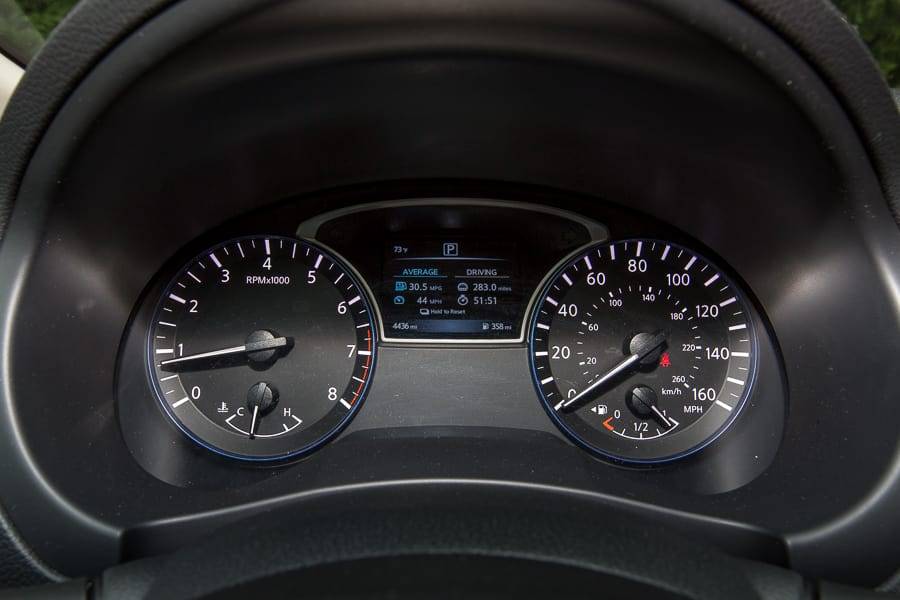 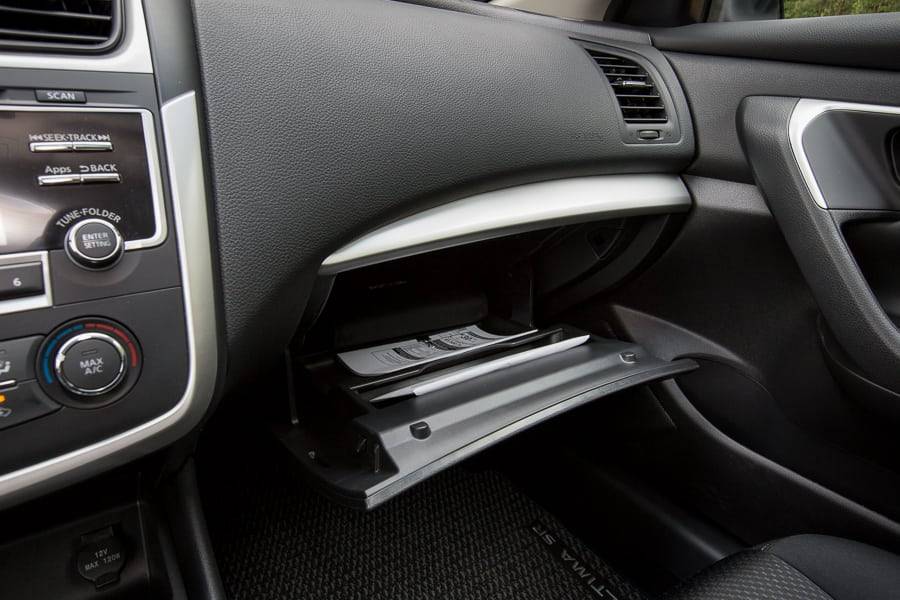 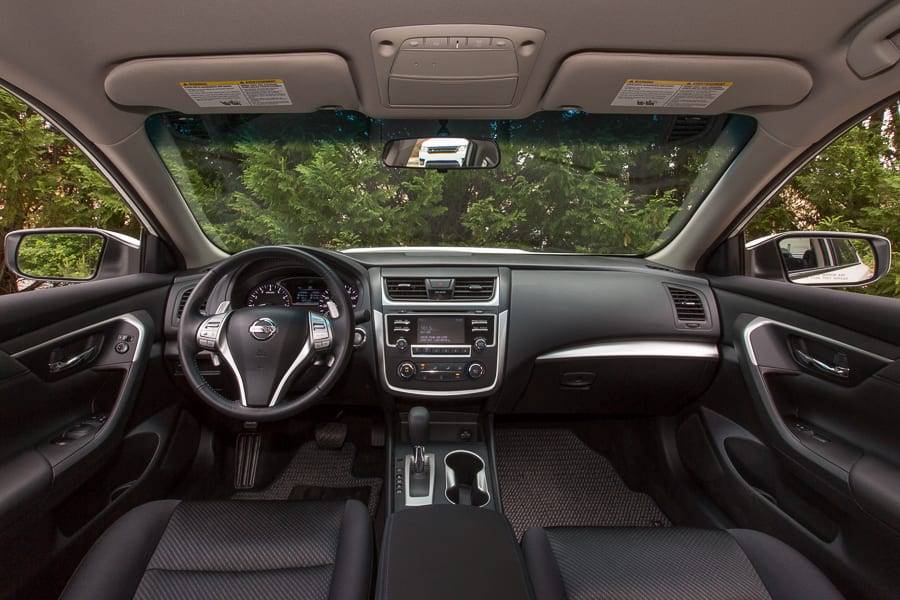 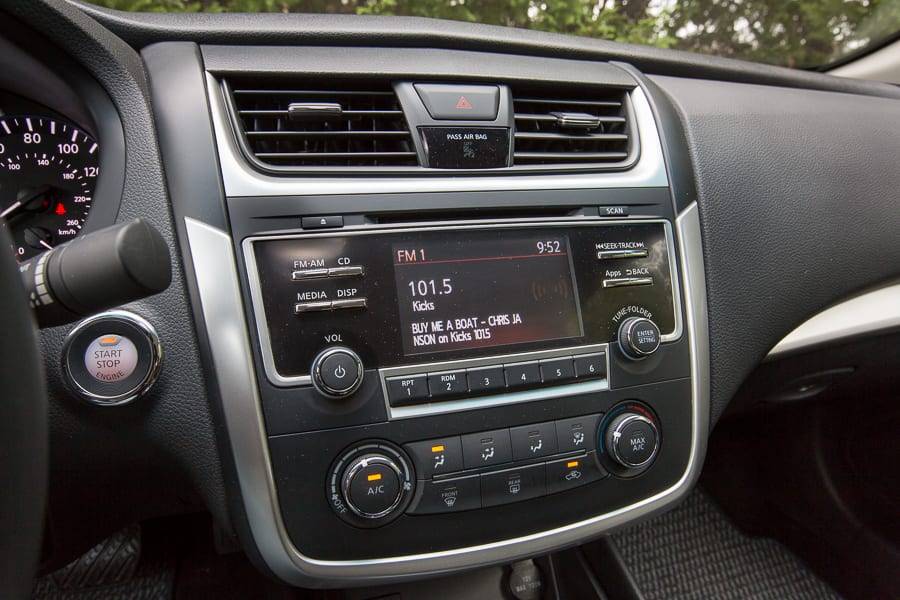 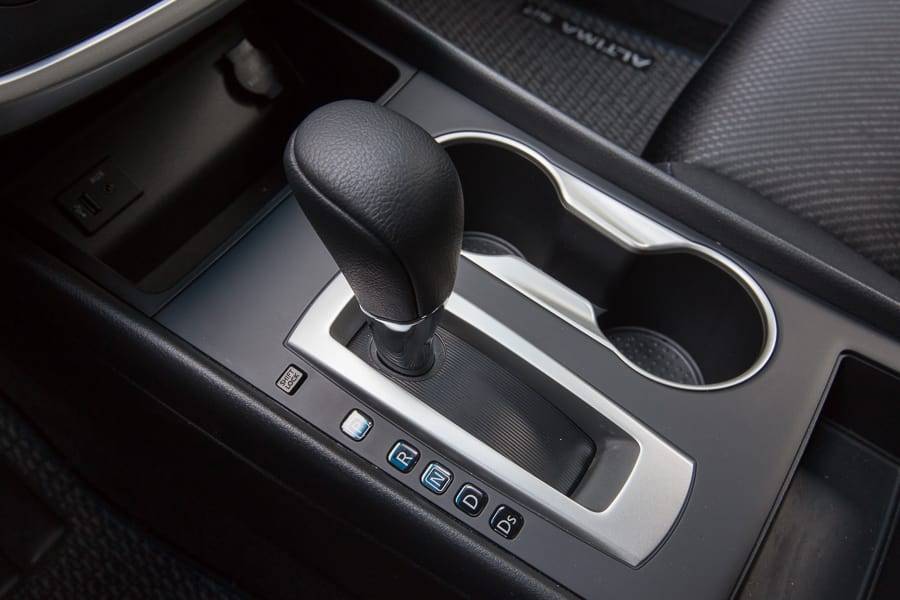 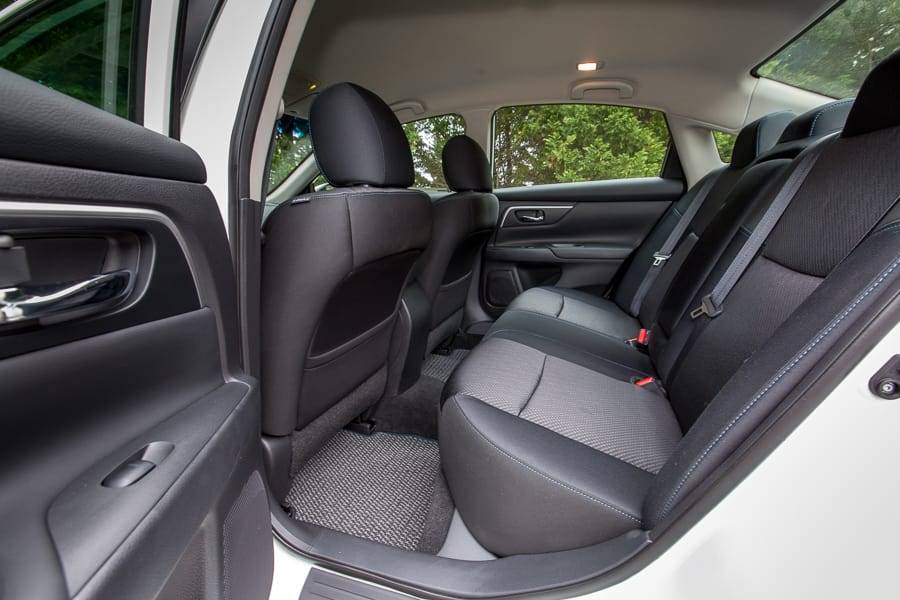 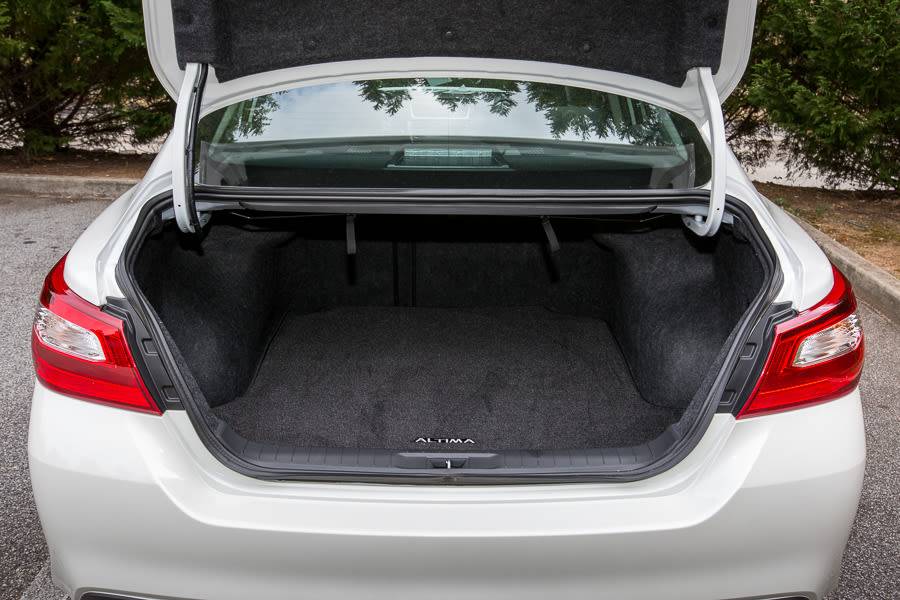 The verdict: The Nissan Altima was updated for 2016 and, while it doesn’t do anything badly, it doesn’t do much to distinguish itself in the midsize sedan class, either.

Versus the competition: Though its ride and interior quality are good, the Altima is hamstrung by engine noise and a driving experience that’s unexciting – even in this large, unexciting category.

The Nissan Altima’s competitors include the Kia Optima, Chevrolet Malibu and Volkswagen Passat. These and five other sedans competed against each other in our 2016 Midsize Sedan Challenge, for which I was not a judge. I tested an Altima 2.5 SL that cost $32,115, which is more than $4,000 above the price cap we set for that comparison. As a result, my impressions are significantly different from those of my colleagues who judged the Challenge. The fact that there’s such a difference in our opinions shows that how much money you spend impacts your perception of the Altima’s quality more than it does for some competing models.
Exterior & Styling
For 2016, the Altima got significant updates to its front and rear ends, as well as new fenders and wheels. Available boomerang-shaped LED headlights and fog lights are new and they update the Altima’s look, as do a new daytime running light design and V-shaped grille. Rear highlights include new taillights and a revised trunk lid.

The Nissan Altima looks good from the outside and maintains a more conservative look than its slightly larger and more expensive sibling, the swoopy Maxima. Among the Altima, Optima, Passat and Malibu, the Malibu looks the freshest and most modern. The Altima is the next best-looking thanks to its headlights and distinct grille.
How It Drives
The Nissan Altima can be powered by either a standard 182-horsepower, 2.5-liter four-cylinder engine, or a 270-hp, 3.5-liter six-cylinder for the more power-minded buyer. Both engines are mated to a standard continuously variable automatic transmission with front-wheel drive. The car I drove had the four-cylinder.

The Nissan Altima offers decent, if not inspiring, performance. It moved away from stoplights well enough in city driving, and on the highway it kicked down to lower gear ratios to make passes pretty easy. Among this competitive set, I find the Optima and Passat to have the most get-up-and-go; the Malibu offers decent performance and the Altima brings up the rear.

Altimas with the V-6 engine get a fuel economy rating of 22/32/26 mpg, so the 2.5-liter four-cylinder is the clear choice for those interested in getting better mileage.
Interior
I think this is the Altima’s strongest card. For starters, it’s a comfortable car. In the past, I’ve found Nissan’s seats to be unbelievably uncomfortable; I always felt like I was perched on top of the seat, unsupported, and after an hour or so my back would hurt. In this Altima, I still didn’t feel as if the seats were holding me as closely as others do – there was a lot of sliding and bracing during aggressive maneuvers – but during a two-and-a-half-hour drive after a trail run, I felt no ill effects. That’s unusual and praiseworthy.

Up front, there’s a big, useful center console with bi-level storage, both segments of which came in handy on my test and didn’t impinge on front seat room. In back, the seat neither reclines nor slides forward and the only real, usable cupholders are in the center armrest – those in the door pockets are slanted too heavily. The Altima is also roomy both in front and in back. Our crew of three 6-foot-tall passengers all reported being comfortable on a recent three-hour trip.

I like how our Nissan Altima looked on the inside, too, with a nice blend of materials. The plastic trim around the gearshift and above the glove box wasn’t universally loved, but it’s certainly unique, and I liked how it looked and appreciated the fact that it was a high-gloss plastic surface, though some reviewers likened its off-white, patterned appearance to that of a bowling ball. It made it that much easier to clean up when my Dr Pepper exploded during the test drive, as I find that textured and especially matte finishes tend to be harder to clean and easier to stain. All in all, the Nissan Altima clearly has the prettiest interior of the group, with the Malibu a close second and the Optima and Passat in third and fourth, respectively.

Finally, visibility is largely good. I was a little worried that the sharply raked windshield would limit forward visibility and make it hard to see pedestrians, but I didn’t find that to be the case. There was a pronounced rear blind spot – something I don’t normally notice on test cars – and I found myself relying on our test car’s optional blind spot monitoring system.
Ergonomics & Electronics
Ergonomically, the Nissan Altima is sound. All the controls and switches are easy to find, intuitive and work as you’d expect them to. There’s no drama.

The optional NissanConnect Services, which adds cellular communication hardware to the car itself, offers the ability to spy on your car, presumably for monitoring a teen driver. You can use a web portal to establish a curfew and set up a perimeter you don’t want the car to either leave or enter. If these rules are violated, the system will send you an email or text message and can also alert the driver in the multimedia screen if desired. Kia, Hyundai and Volkswagen offer the same boundary-setting ability, but Chevrolet does not.
Cargo & Storage
The Altima offers a large trunk that’s widest at the rear of the car and narrows as you go forward. I had no problem packing in everything I needed for a weekend camping trip and trail run. I’d say it’d handle four people and their roll-aboard bags easily.  Another editor reported that the Altima easily accommodated two inflatable paddleboards (collapsed, of course) along with all their related equipment, including paddles, pump, lifejackets, towels, etc., in the trunk.

I already mentioned the center console and how useful it was, but there’s also a glove box that is, in the estimation of one editor, “insanely deep.” It’s a welcome feature that’s becoming harder and harder to find.
Safety
The 2016 Altima earned the highest rating, good, in the Insurance Institute for Highway Safety’s crash tests. You can run through all its safety features here.

Our test car included Nissan’s Technology Package, which includes such safety features as forward collision warning and automatic emergency braking. NissanConnect also includes automatic collision notification. The car we drove had the optional blind spot warning, but lane departure prevention, which actively keeps the car in your lane, isn’t offered. The Malibu and Passat offer active lane-keeping assist while the Optima does not.
Value in Its Class
The Altima doesn’t elicit a passionate response, but if there’s one class of car in which that’s acceptable, it’s the midsize sedan class. Small convertible? Sports cars? Because of the inherent tradeoffs you have to make to own such cars, you want them to have some character. But a midsize sedan is a workhorse – something that should be practical and look good but doesn’t have to wow you.

In this class, the Nissan Altima offers shoppers a sharp interior and solid, conservative looks but a forgettable driving experience and dull multimedia system. That’s not meant to single out the Altima; the midsize sedan segment is filled with cars that offer roughly the same features and driving experience for roughly the same price. Compare the Nissan Altima with the Malibu, Optima and Passat here or run your own comparison and see what I mean.

In the end, choosing an Nissan Altima over a mid-size body-type competitor (such as the Honda Accord or Toyota Camry) could easily come down to the price you’re able to negotiate or how the interior looks, not to any standout feature.

Shop cars for sale near you Research cars Compare vehicles
Updated Honda Passport Loses Base Trim, Now Starts at $39,095
December 6, 2021
How Do Car Seats Fit in a 2021 Volvo XC40 Recharge?
December 6, 2021
What Are Approach, Breakover and Departure Angles?
December 5, 2021
See all latest news