This Car Seat Check was originally published in March 2011 on MotherProof.com.

The redesigned 2011 Honda Odyssey is about as family-friendly as it gets with its expandable second row that can hold three car seats. Only the minivan’s base model doesn’t have this feature; it has second-row captain’s chairs. The expandable second row’s center seat also moves forward 6 inches, which is great for parents with a child in a rear-facing car seat in that position. No more twisting and turning to help your child find the pacifier or favorite toy.

The front seats are adjusted to a comfortable position for a 6-foot driver and a 5-foot-8 passenger. The three child seats are installed in the second row. The booster seat sits behind the driver’s seat, and the infant seat and convertible seats are installed behind the passenger seat. We also install the infant seat in the second row’s middle seat with the booster and convertible in the outboard seats to see if three car seats will fit. In the third row, we install the booster seat and a forward-facing convertible.

Here’s how the 2011 Odyssey did in Cars.com’s Car Seat Check:

Latch system: For our Car Seat Check, we tested the Odyssey Touring Elite, which has five sets of lower Latch anchors, which can also be found in the EX, EX-L and Touring trims. There are three sets of lower Latches in the second row and two sets in the third. Except the second row’s middle seat, all the Latch anchors stick out from the seat bight, which is where the back and bottom seat cushions meet, and are easy to use. The middle seat’s Latch anchors are under hard plastic covers that once removed are easy to get to. The Odyssey has six tether anchors, with three in each row. They sit at the base of the seatbacks and also are easy to use.

Booster seat: Before installing our car seats, we put the second row into its wide mode by sliding the outboard seats outward by 1.5 inches on each side. Our high-back booster seat fit well in the second (above) and third (below) rows. Both rows of seats recline, and the head restraints are removable. The only knock against the Odyssey is that both rows have the floppy seat belt buckles, which can be difficult for little hands to find when trying to buckle up independently.

Infant-safety seat: We installed this car seat in the middle seating position of the second row. There was plenty of room for it and a car seat on each side of it.

How many car seats fit in third row? Two. There are three seating positions in the third row, but we couldn’t fit three car seats back there.

Editor’s note: For three car seats-infant-safety seat, convertible and booster seats-to fit in a car, our criterion is that a child sitting in the booster seat must be able to reach the seat belt buckle. Parents should also remember that they can use the Latch system or a seat belt to install a car seat. 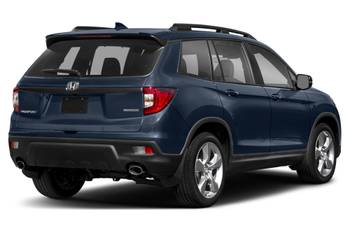 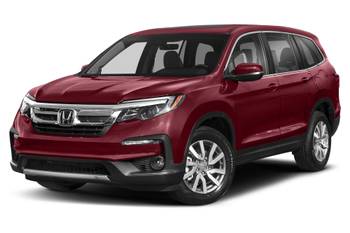 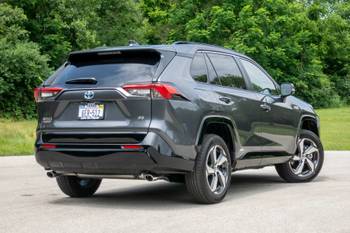