The 2012 GMC Yukon XL lives up to its name. With an extra 20 inches in length on the regular GMC Yukon, the XL is made for hauling a lot of people and cargo. The XL can hold up to nine people on three rows of seats. It also can fit three child-safety seats across its second row.

Latch system: In the Yukon XL, there are only two sets of lower Latch anchors. They’re found in the second row’s middle seat and passenger-side seat. The anchors are visible, making them easy to use. As for tether anchors, the Yukon XL has three in the second row and one in the third row. All four are located on the seatbacks near the floor and are easy to use.

Booster seat: Our high-back booster seat fit well in the second row. In the third row (photo above), the booster seat also fit well, but the seat belt buckles could be difficult for kids to use because they’re recessed into pockets in the seat cushion.

Infant-safety seat: This rear-facing car seat fit well in the Yukon XL’s second row. We initially installed it in the center seating position using the Latch anchors. This isn’t an acceptable spot for a rear-facing seat because of the folding armrest that could come down and injure a rear-facing child in an accident. We reinstalled the seat behind the front passenger seat and found that it also fit well.

How many car seats fit in third row? Two because the third row is split 50/50, making it difficult for a child-safety seat to sit flat in the middle position. A passenger could sit there, though how comfortable it is would be questionable. 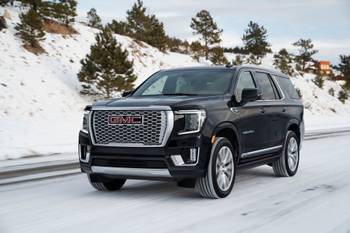 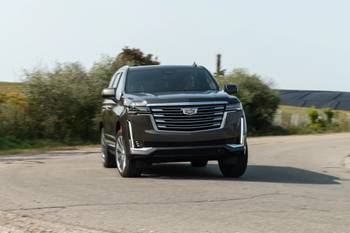 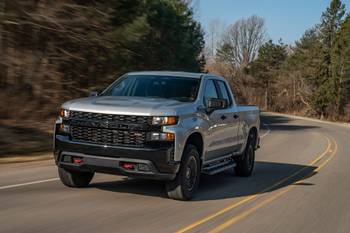